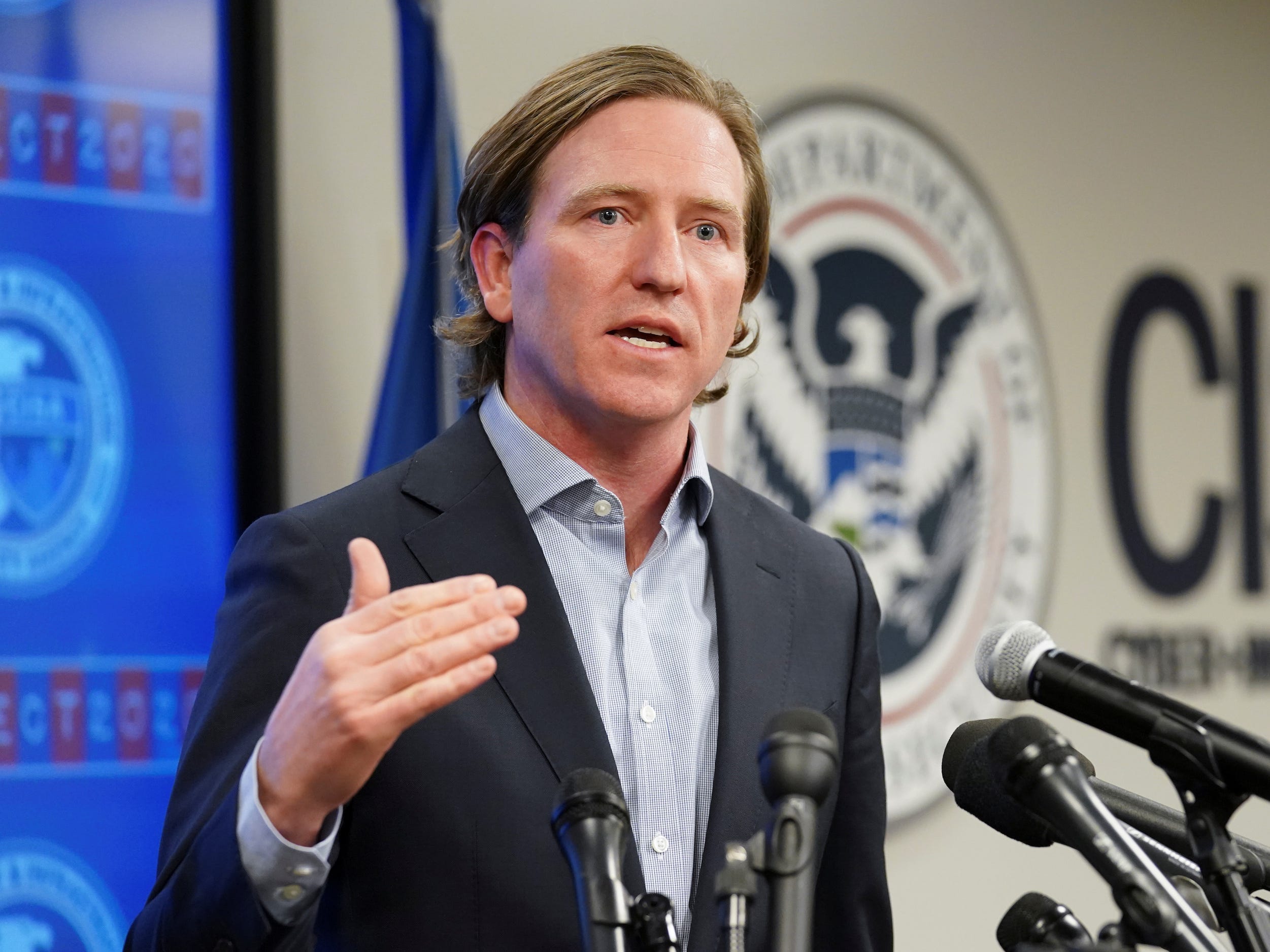 One of the top cybersecurity officials in the US is reportedly awaiting his pink slip from the White House after he consistently defied the Trump administration by debunking false claims of voter fraud.

Reuters reported Thursday that Christopher Krebs, director at the Department of Homeland Security’s Cybersecurity and Infrastructure Security Agency (CISA), has told associates he expects to be fired.

Reuters cited three sources familiar with the matter, and Krebs did not return a request for comment. However, Bryan Ware, Krebs’ assistant director for cybersecurity, confirmed to Reuters that he had handed in his own resignation on Thursday.

A certain amount of turnover in official positions is normal when transitioning from one administration to another â€” but Krebs reportedly expects to be fired because he angered the Trump administration by debunking election misinformation and conspiracy theories that the White House viewed as favourable.

Krebs set up a site for debunking election disinformation called “Rumour Control,” which reportedly set him at odds with the White House.

Officials reportedly put pressure on Krebs to edit or remove content that debunked specific claims surrounding the election, including that the Democrats had engaged in mass election fraud.

President Trump has repeatedly alleged, without evidence, that the election was distorted by voter fraud, and has refused to concede to Joe Biden.

One source gave Reuters a specific example where Krebs debunked a conspiracy theory that a supercomputer supposedly called “Hammer,” in conjunction with a software program called “Scorecard,” were being used to flip votes.

On Thursday CISA released a statement from two security groups saying there was “no evidence” that ballots cast in the election were lost or deleted by voting systems.


Read more:
Facebook is extending its ban on political ads one month as Trump spreads falsehoods around election results. Here’s the memo the company sent to political ad buyers.


“While we know there are many unfounded claims and opportunities for misinformation about the process of our elections, we can assure you we have the utmost confidence in the security and integrity of our elections and you should too,” the statement said.

Krebs, summarizing the statement on Twitter, said: “America, we have confidence in the security of your vote, you should, too.”

Krebs also seemed to voice public criticism of Trump on Thursday, retweeting a tweet from journalist David Becker that said: “Please don’t retweet wild and baseless claims about voting machines, even if they’re made by the president.” 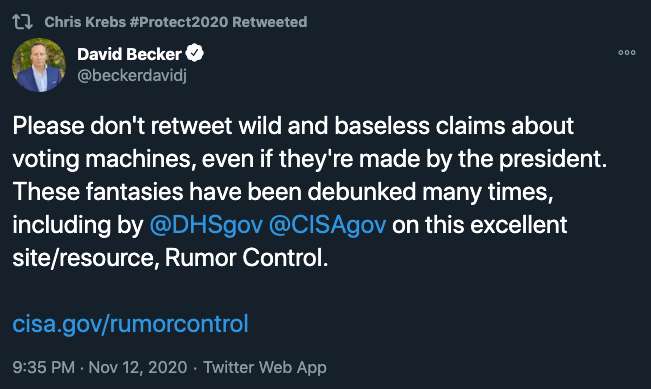 “Chris Krebs has done a great job protecting our elections. He is one of the few people in this Administration respected by everyone on both sides of the aisle,” Virginia Democratic Senator Mark Warner tweeted in response to the Reuters report on Thursday.

“There is no possible justification to remove him from office. None,” he added.