Chrissy Teigen's technique for making perfect eggs caused a stir with her followers, but it's backed by a Michelin-starred chef 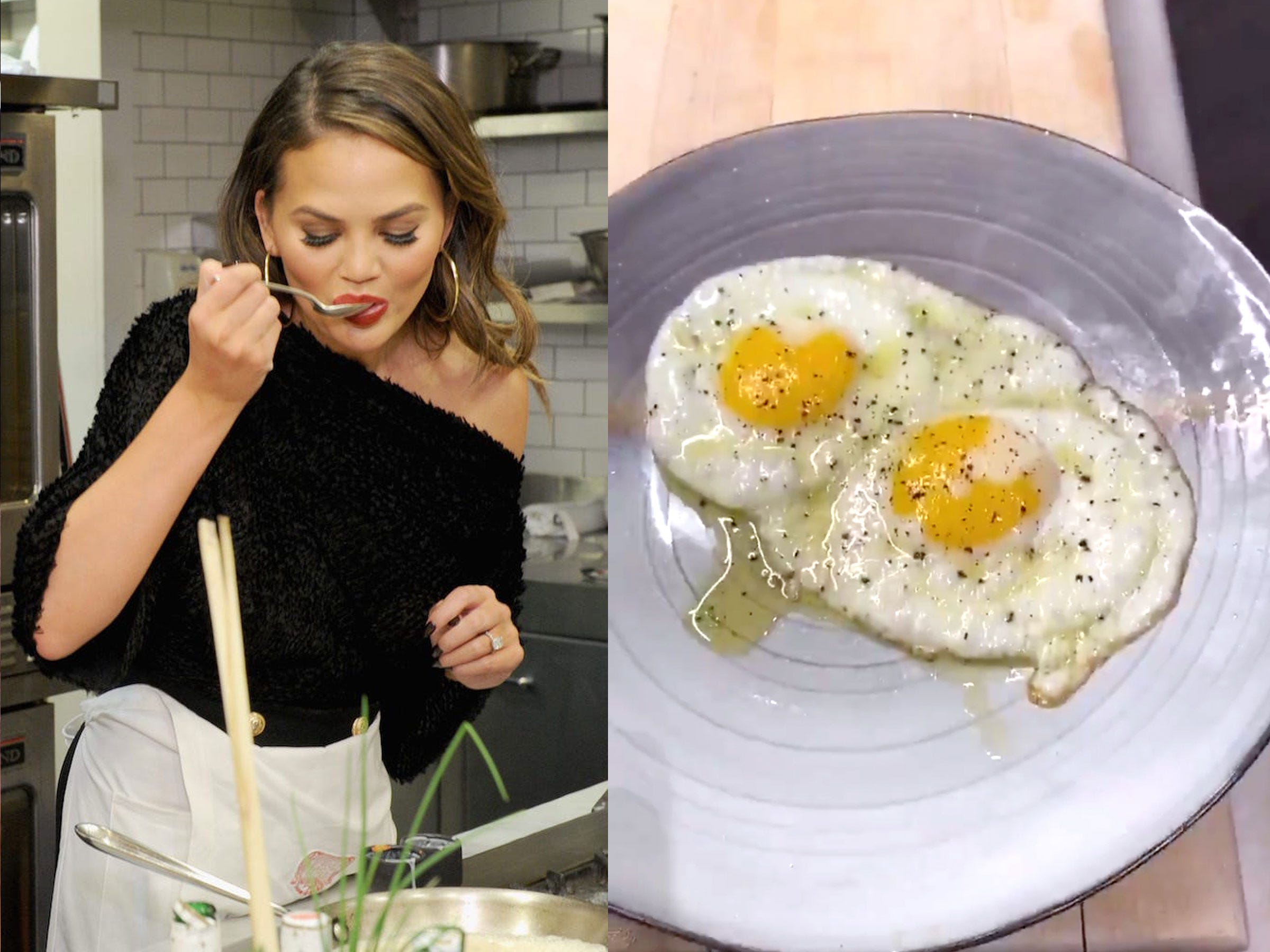 Craig Barritt/Stringer/Getty Images/Chrissy Teigen/TwitterChrissy Teigen stirred up a debate on Twitter while demonstrating her technique for ‘perfect’ eggs.

The election is just a few months away and political arguments are heating up every which way, but this week a very different debate was kicking off on Twitter – and it was all about eggs.

Chrissy Teigen posted a quick clip demonstrating how she cooks the “perfect sunny-side up eggs” on Monday night, but some of her followers didn’t agree with her technique.

In the clip, which has 1.3 million views at the time of writing, Teigen cracks two eggs in a ramekin, places a nonstick pan on medium heat, and adds a thin layer of olive oil. 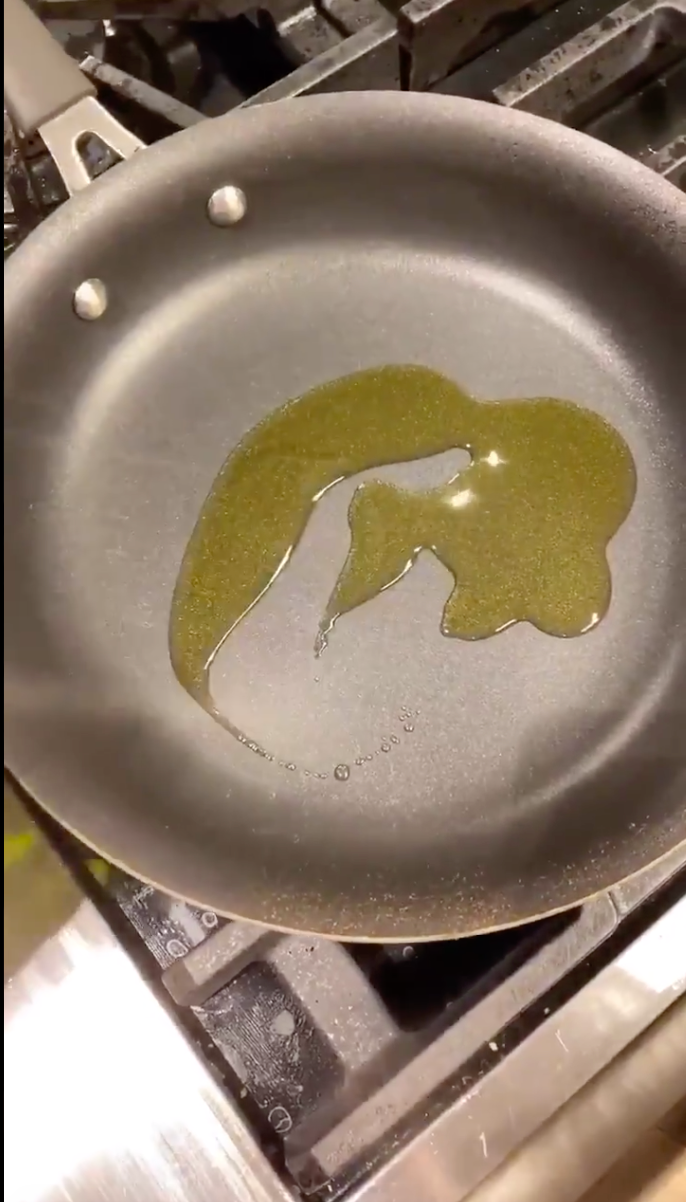 Teigen then fills a small bowl with water and sprinkles some of it on the pan to check if the oil is sizzling – which means it’s ready for the eggs.

After adding her eggs, Teigen puts a lid over the pan while they cook. When the eggs are almost done, she seasons them with some salt and pepper. 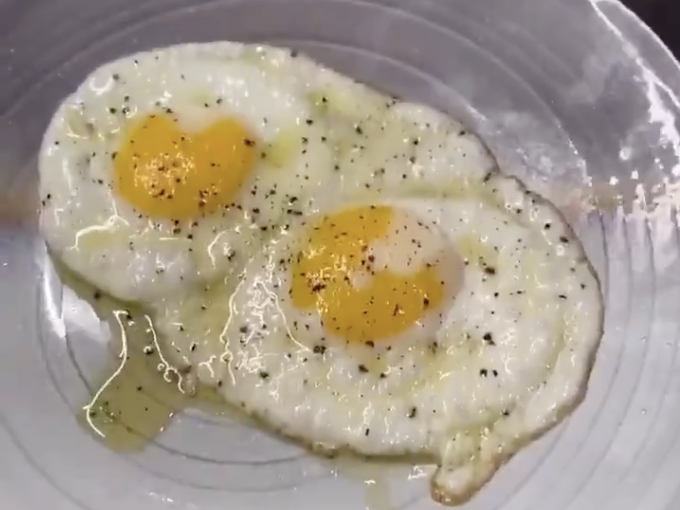 It’s a simple clip, but some were less than impressed that Teigen had cooked her eggs in olive oil instead of butter.

One user said the eggs would “taste like s— with olive oil,” and that it was a “rookie mistake” not to use butter.

Another told Teigen to “use a good butter” because it “tastes a lot better.”

Teigen was quick to react to the onslaught of unsolicited tips.

god just shut up for once. why do I help you

But she soon found a supporter in famous Michelin-starred chef José Andrés.

Those are probably the best ever(and looking like tasty!)sunny side eggs ever filmed! What is he talking about?….@chrissyteigen keep it up! https://t.co/lr0K3tPuJf

Another user pointed out that Andrés himself prefers to cook his eggs in olive oil.

“My whole life, I have been trying to cook an egg in the right way,” he told The New York Times in 2012. “It is the humbleness of the dish. Why do you need to do anything more complex?”

Andrés adds four tablespoons of olive oil to a pan on medium-high heat when he’s cooking eggs, tipping the pan so he can spoon the oil on top of them.

Some people may never agree with Teigen’s egg technique, but she clearly wasn’t bothered as the debate raged on.

literally getting a massage fighting about eggs pic.twitter.com/jqjQL1t0tp

Representatives for Chrissy Teigen did not immediately respond to Insider’s request for comment.