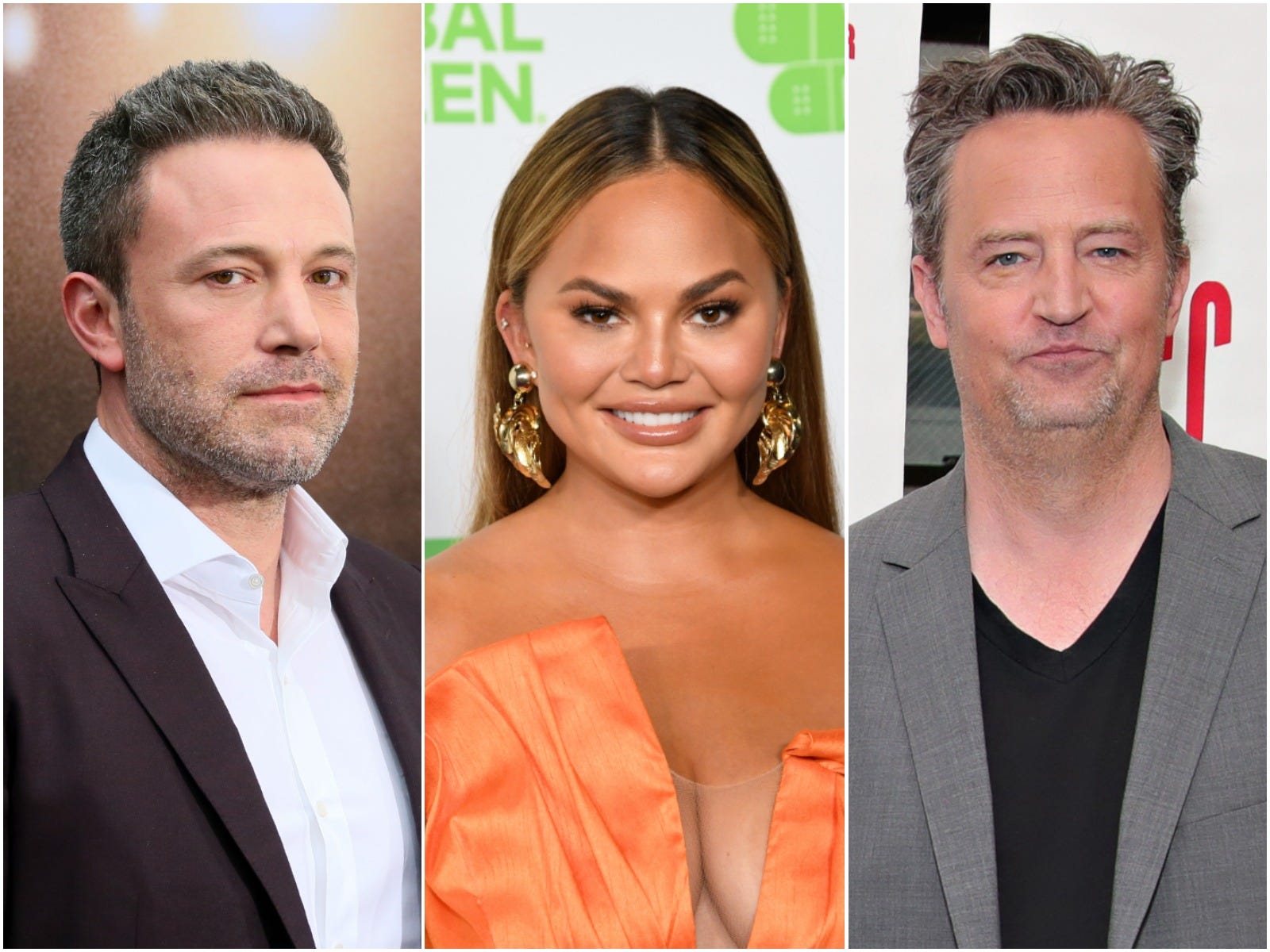 Ben Affleck and Matthew Perry have attracted some attention recently for the interactions they had with women on the exclusive dating app Raya.

One woman on TikTok shared a video that she says Affleck sent her on Instagram asking why she unmatched him, while another woman shared a now-deleted video of Perry speaking to her on FaceTime after they met on the dating app.

Now, Chrissy Teigen has added her two cents and said that both sets of parties – the two women and Affleck and Perry – are “wrong.”

“I agree celebs shouldn’t be making these creepy desperate video replies on Raya but it’s tacky to release private messages. Ya both wrong, congrats,” Teigen tweeted.

Nivine Jay posted a TikTok video which she captioned: “Thinking of the time I matched with Ben Affleck on Raya and thought it was fake so I unmatched him and he sent me a video on Instagram.” The video then cut to Affleck saying “Nivine, why did you unmatch me? It’s me.”

Representatives for Affleck did not respond to Insider’s initial request for comment.

However, Jay told E! News that she does not think Affleck is a creep or did anything wrong. It’s not clear when this interaction took place.

“I’m seeing a lot of comments calling him a creep and l don’t think that’s fair. l wasn’t making fun of him in the video,” Jay said. “l was making fun of myself for thinking he was a catfish and it was just supposed to be funny.”

Kate Haralson, now 20, said she was inspired by Jay and released her own video on TikTok, which has since been deleted. The video showed Perry, 51, talking to Haralson on FaceTime, which she said took place last May when Haralson was 19. The video showed the two of them playing 20 questions in order to get to know each other.

Haralson told Page Six that while none of Perry’s questions or comments were sexual, but she did feel uncomfortable at points. Haralson said that Perry asked her, “Am I as old as your dad?”

Representatives for Perry did not immediately respond to Insider’s request for comment.

Haralson told Page Six that she decided to delete the TikTok video less than 24 hours after posting it as she felt bad because Perry “was a really nice guy.”

Haralson then said that she doesn’t think it’s “OK for these older guys to be talking to such young girls.”

She continued: “A lot of people were saying I’m a bully and mean for posting this, and it made me feel kind of bad, but at the same time, I feel like a lot of guys in Hollywood are talking to all these young girls and it’s something that I think a lot of people should be aware of.”

In November 2020, six months after the alleged FaceTime took place, Perry announced he was engaged to 29-year-old literary manager Molly Hurwitz, who he called “the greatest woman on the face of the planet.”

Raya is an exclusive dating app that is very popular amongst the rich and famous, with only 8% of applicants accepted to the platform. Many celebrities have reportedly used the app, including Channing Tatum, Cara Delevingne, and Drew Barrymore.