A YouTuber with 5 million subscribers spent 3 months training to sprint as fast as Kylian Mbappe, and he didn't even get close 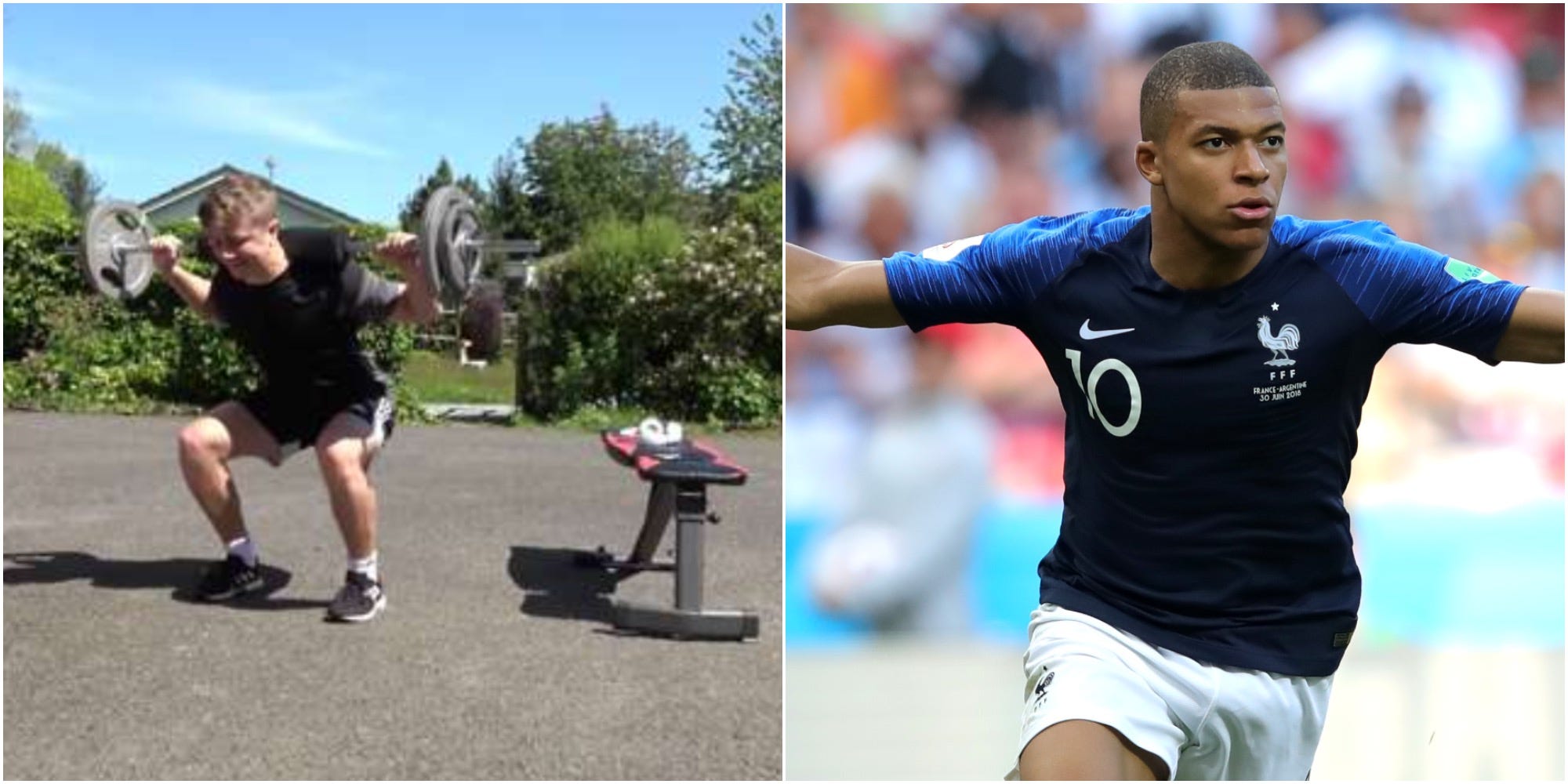 The result: he’s still much, much slower.

Kylian Mbappe is the fastest footballer in the world, according to French newspaper Le Figaro, as per Ligue 1, which says the Paris Saint Germain forward clocks a top speed of 36km/h.

That pace was most famously on devastating display at the 2018 World Cup when France beat Argentina in a 4-3 thriller at the round of 16. GiveMeSport says that in the build up to France’s opener, Mbappe sprinted 62 meters in just 7.5 seconds.

In a video uploaded last week, ChrisMD, real name Chris Dixon, explained how he had performed a variety of exercises each day over the course of three months designed specifically to increase speed. This included jump squats, nordic curls, kettlebell swings, and barbell thrusts.

Before beginning his training, Dixon recorded 62 metre sprint time of 9.74 seconds, which is well over two seconds slower than the France international.

Come the end of his three months of his training, Dixon had only managed to shave 0.67 seconds off his time to 9.07 seconds, still leaving him 1.57 seconds away from Mbappe.

I trained for 3 months to see how close I could get to Mbappe's 7.5 second 62m sprint as he tore Argentina a new one in 2018, and I'd like 3 months of my life backhttps://t.co/cuufM9EvFV pic.twitter.com/tcZnIZcoLr

While the resulting is in some ways unsurprising – Mbappe is an elite level athlete – Dixon’s experiment does serve as testament to both Mbappe’s incredible natural ability, but also that hard work does pay off.

“It’s not incredible, it was never going to be,” Dixon said, reflecting on the experience. “Over the length of the pitch, that does actually make quite a big difference.

“I wanted to do this for me too and actually get quicker at sprinting. I’m relatively happy with that. It’s 1.5 seconds behind Mbappe. The man is fast! He’s a freak!”

Here’s everything you need to know about the Bundesliga, Germany’s elite soccer league and the biggest sporting event to return during the coronavirus pandemic

A tiny island nation 400 miles from mainland Europe started its football season, and gave a glimpse of how elite sport will look in the coronavirus era