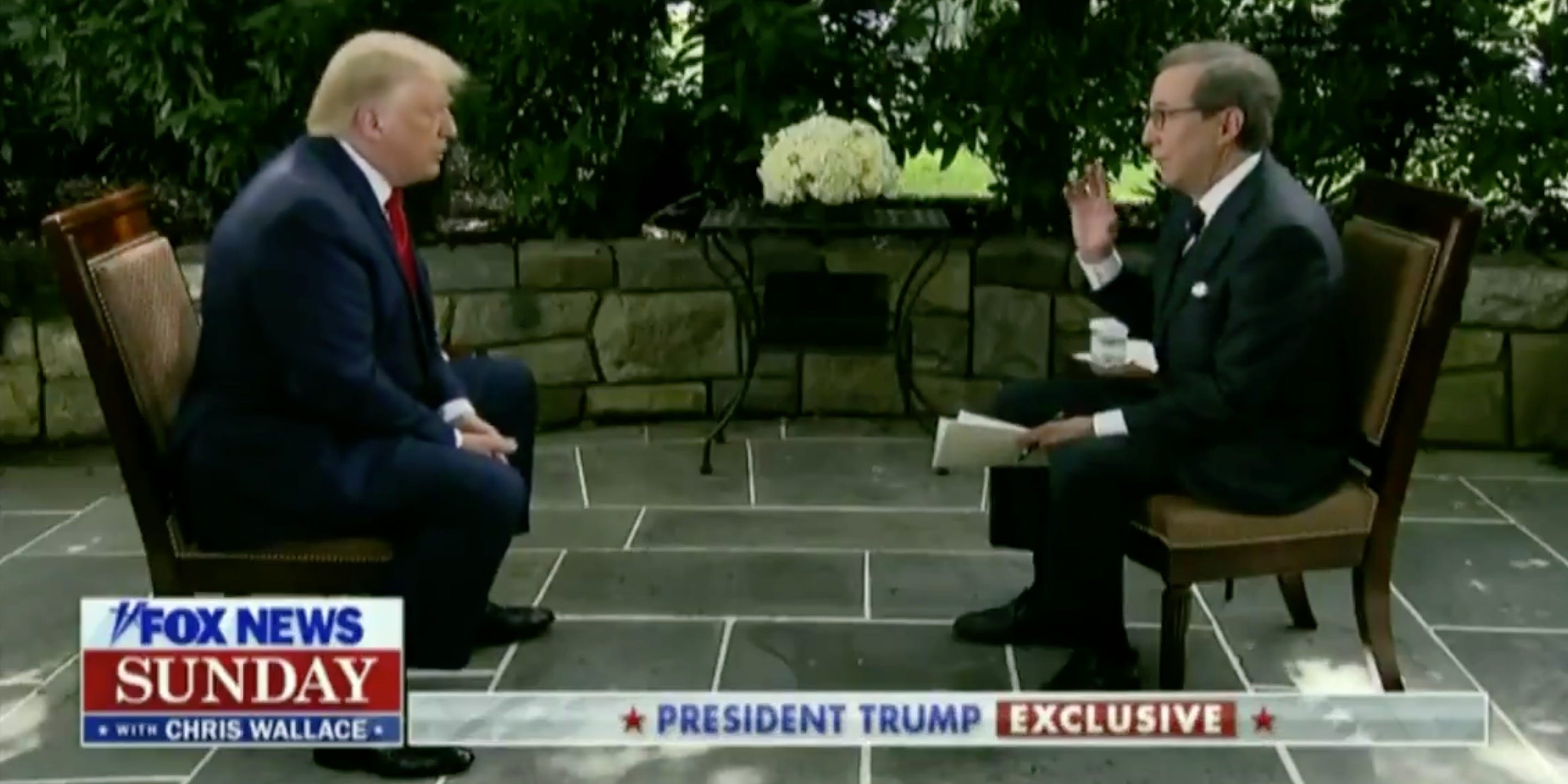 President Donald Trump and the “Fox News Sunday” host Chris Wallace sparred over COVID-19 mortality in the US, leading Trump to accuse Wallace of being “fake news.”

In the new interview, which aired Sunday morning, Wallace pushed back on Trump’s assertions that the US had some of the lowest COVID-19 mortality in the world.

Trump lamented why more attention wasn’t being paid to Mexico’s high numbers of COVID-19 cases and claimed, without evidence, that portions of walls and fences along the US-Mexico border were helping stop the spread of COVID-19.

“Our mortality rate is higher than Brazil, it’s higher than Russia, and the European Union has us on a travel ban,” Wallace said, citing Johns Hopkins University data.

“Yeah. I think what we’ll do – well, we have them under travel ban too, Chris,” Trump responded. “I closed them off. If you remember – I was the one that did the European Union very early. But when you talk about mortality rates, I think it’s the opposite. I think we have one of the lowest mortality rates in the world.”

Trump then beckoned the White House press secretary, Kayleigh McEnany, to bring him a chart purportedly showing the US having a “No. 1 low mortality rate.”

“I hope you show the scenario because this is what fake news is all about,” Trump said.

.@realDonaldTrump: "I hope you show this because it shows what fake news is all about."

Trump: "Yeah, you were." pic.twitter.com/jdLI8NtEwj

Data from Johns Hopkins University, which Wallace cited, lists 20 countries as “currently most affected by COVID-19 worldwide.” Of those, the US ranked seventh-worst with a 3.8% case-fatality ratio – the percentage of deaths out of known cases.

The chart the White House presented, however, used data from the European Centre for Disease Prevention and Control that excluded countries with lower mortality rates, like Russia, to make it appear as if the US had one of the lowest death rates in the world.