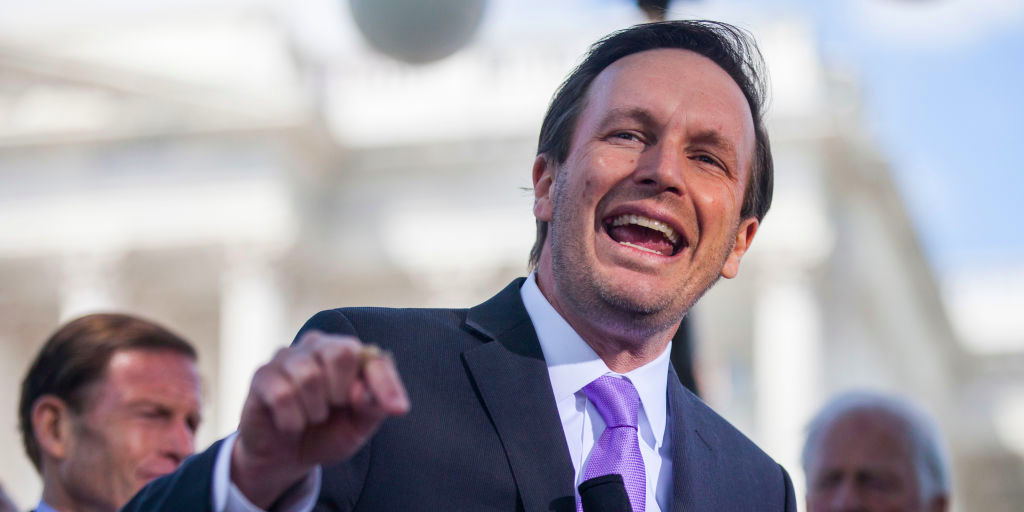 Connecticut Sen. Chris Murphy said that the Trump administration team confirmed in a Thursday briefing to lawmakers that officials overseeing the COVID-19 vaccine delivery have not yet reached out to the Biden transition team about its distribution and rollout.

Murphy, a Democrat who serves on the Senate’s Health Education, Labour, and Pensions Committee, described the lack of communication two months before Inauguration Day as “potentially catastrophic.”

Just off a conference call with Trump Administration vaccine distribution team. They confirmed that they have not briefed anyone on President-elect Biden's team and have no plans to do so.

This is potentially catastrophic.

“First, there needs to be an integration between Trump’s team and Biden’s team to assure a clean hand-off of a complicated distribution plan,” Murphy tweeted. “Second, Biden will likely want to improve the plan, but he can’t do that effectively if he isn’t read into ahead of time.”

Insider and Decision Desk HQ projected that President-elect Joe Biden won the 2020 election on November 6. Major TV channels and news outlets followed suit the next day. In the nearly two weeks since, the Trump-Biden transition has been stuck in limbo with General Services Administration official Emily Murphy, who has no relation to the senator, refusing to sign the necessary documents ascertaining Biden as the president-elect.

President Donald Trump is disputing the results of the 2020 race even though Biden’s lead â€” both nationally and in key swing states â€” surpasses a margin that could be reasonably reversed through either a recount or a legal challenge.

Despite his campaign’s legal challenges falling flat in court, Trump is refusing to concede and his allies are continuing to spread unfounded claims of voter fraud. They are now even attempting to block counties and states from certifying their election results.

“Vaccines don’t deliver themselves! We need GSA ascertainment today to ensure Americans will have access to COVID vaccines when they are available,” Dr. Rick Bright, a former vaccine researcher and whistleblower at the Department of Health and Human Services (HHS) who now serves on the Biden COVID-19 task force, recently tweeted.

Two vaccine candidates, one developed by Pfizer in partnership with German company BioNTech and the other developed by Moderna, have shown positive results from Phase 3 clinical trials with 95% efficacy in preventing symptomatic COVID-19 cases.

Both companies are now set to seek Emergency Use Authorization from the Food and Drug Administration for their vaccines, which could then be available on a limited basis by the end of 2020. The vaccines are expected to be more widely available by mid-2021, Moderna CEO Stephane Bancel previously told Business Insider.

The US government has committed to purchasing the first 100 million doses of both vaccines and has signed agreements to cover manufacturing and distribution costs through Operation Warp Speed, the HHS’s public-private partnership effort with pharmaceutical and biotechnology companies.

A delayed transition between administrations can have significant consequences for the coordination of complex projects like distributing a vaccine as well as for national security preparedness.

The 9/11 Commission report, for example, concluded that the disputed 2000 presidential election, which eventually was resolved in the Supreme Court, caused a severe delay in transitioning between the Clinton and Bush administrations, in turn hampering the Bush White House’s ability to prepare for a terrorist attack.