Chris Cuomo did his CNN show from his basement after being diagnosed with COVID-19, and he urged everybody else to stay inside 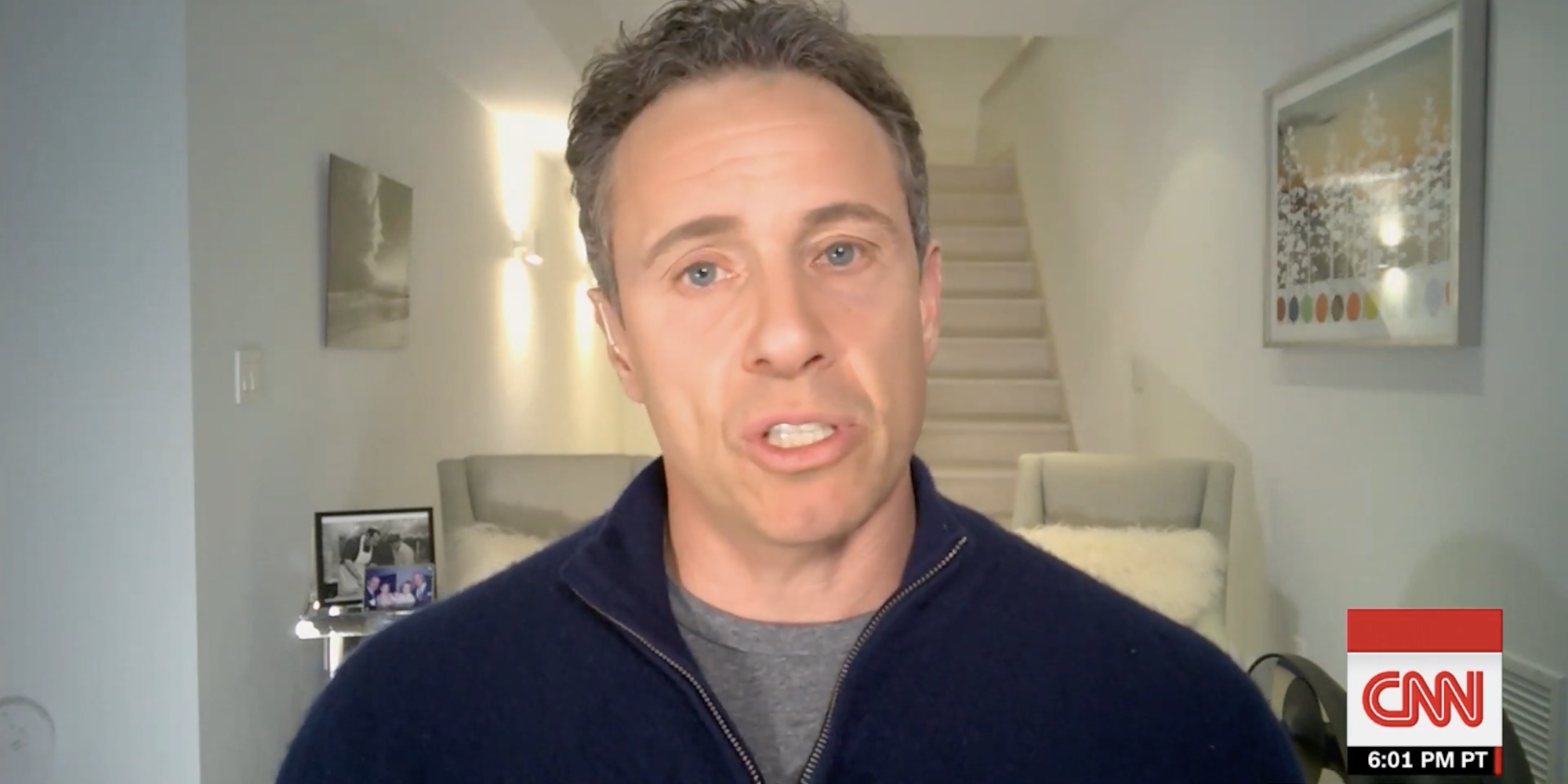 CNN/YouTubeChris Cuomo hosted his CNN show from his basement on Tuesday after testing positive for COVID-19.

During his first show since testing positive for COVID-19, the illness caused by the coronavirus, the CNN anchor Chris Cuomo said he felt “fine” but was “pissed off” that he couldn’t be with his family.

On Tuesday night, a few hours after announcing that he had the illness, Cuomo anchored his show, “Cuomo Prime Time,” from his basement, where he is self-isolating.

Watch the first 10 minutes of the episode below:

During his show, Cuomo said he hoped that the fact that he caught the virus would teach everyone that they are vulnerable and should stay inside to stop the spread of the disease.

“Use this example of me having it as proof that you can get it too,” he said, adding: “I feel fine; I’m able to do the show. You do not want this.”

Cuomo said that, more than anything, he was concerned about whether he might have gotten his wife and children sick. So far, he said, they haven’t displayed symptoms. “I tested positive. Scary, yes, as you might imagine. But better me than you,” he said. “My concern is what I may have put on my family, just like you would. That is hurting me way more than anything the virus can do.”

He added later: “I don’t know if the tightness in my chest is a function of the virus or because I’m so pissed off at myself that I’m not able to take care of what I want to take care of, and I want people to avoid that.”

In the first part of his show, Cuomo had Dr. Sanjay Gupta on to discuss the outbreak. Gupta said he was concerned about the anchor feeling pressure in his chest.

“He's a really sweet, beautiful guy, and he is my best friend” https://t.co/GhuTW6b2DC pic.twitter.com/BnBNBWeJ0m

“Most people aren’t going to need it, Chris, but I want to make sure – especially given that you just mentioned this tightness in your chest – I want to make sure that we leave people with the right impression that there are situations that need to get checked out.”

Cuomo remained optimistic, saying he didn’t want to take up too much of the doctor’s time. Earlier in the show, he said he was hesitant to talk about his experience because there are many people suffering more than him.

Cuomo is the brother of New York Gov. Andrew Cuomo, who has been lauded for his leadership during the coronavirus crisis. At a Tuesday-afternoon press conference, the governor praised his “sweet, beautiful” brother and “best friend.”