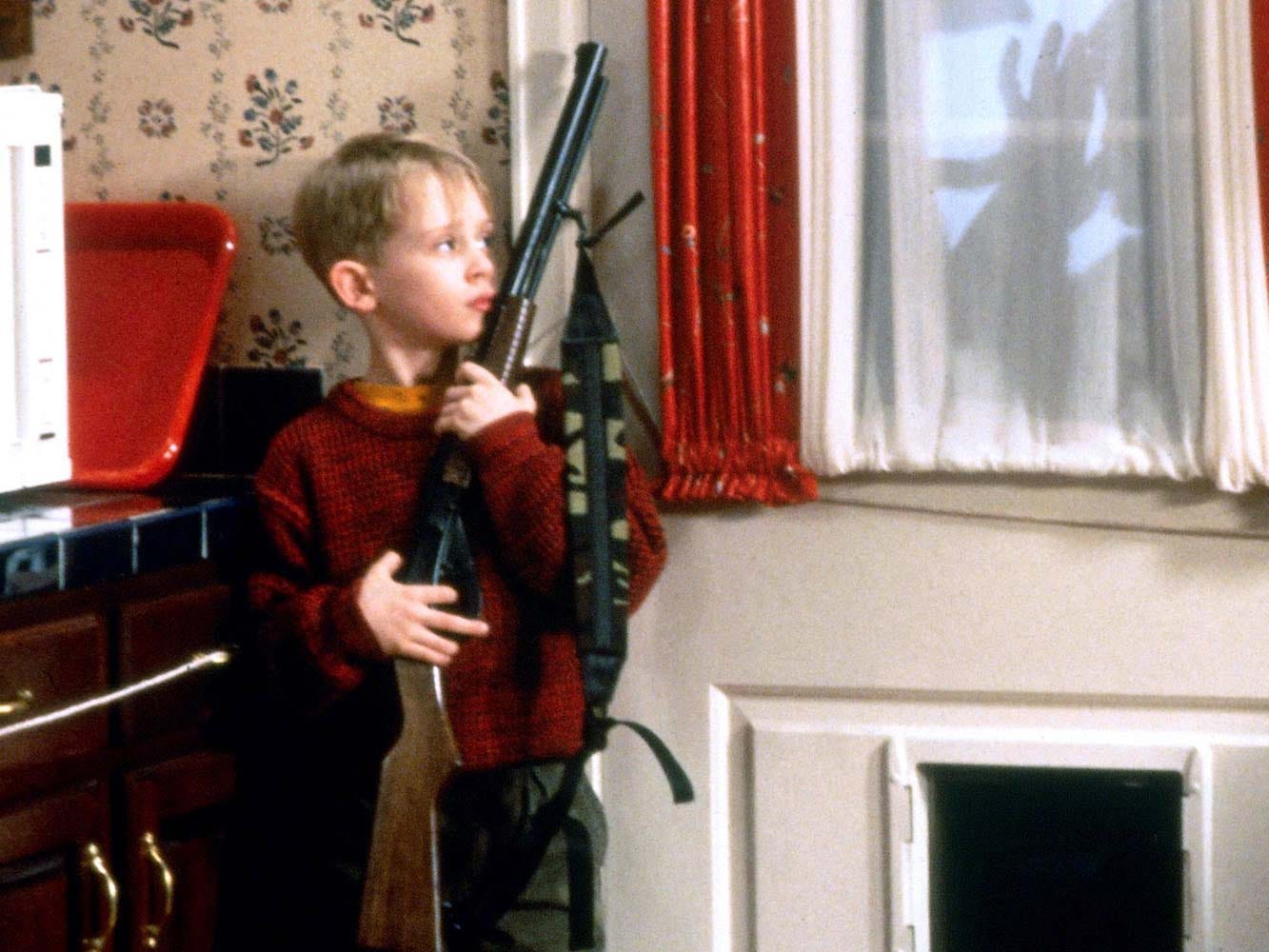 The hijinks in “Home Alone” are constant as one of the memorable elements of this classic comedy about a boy who is mistakenly left at home while his family is in Paris is all the physical comedy at the end of the movie.

When burglars Harry (Joe Pesci) and Marv (Daniel Stern) try to get into Kevin’s (Macaulay Culkin) house, they find themselves walking into one trap after another. And because the movie was released in 1990, CGI wasn’t much of an option. So, a lot of the painful things Harry and Marv go through were done by stuntmen.

However, director Chris Columbus revealed there’s one stunt that was done in a unique way.

The shot where Marv pokes his head into the doggie dog only to be met by Kevin firing a BB-gun at his face was an animated effect.

FoxThe brief shot of a BB-shooting Marv in ‘Home Alone’ was a hand-painted animated effect.

“This is a true story, we paid a guy living in his mother’s basement in Chicago $US600 to hand paint that BB going into Marv’s head,” Columbus told Insider. “So that was an animated effect. A guy with a paintbrush in a basement for six frames hand-painted a BB. This was an $US18 million film, so, for our budget, I’m pretty happy how it turned out.”

Though Stern never had to feel the BB in that scene, he did turn out hurting himself anyway.

“I got a bloody nose when I had to stick my head through the doggie door,” he told The Hollywood Reporter back in 2015. “I had to pull my head out quickly, and I clipped my big-a– nose on the door thing.”

Here’s how the BB-gun shot sequence looks in the movie:

John Candy was reportedly paid only $US414 for his cameo in ‘Home Alone,’ and the film’s director said he always felt bitter about it