Chris Christie said he would 'sit on' Mike Bloomberg if he attempted to steal the spotlight during a visit by the Queen of England, a new book says 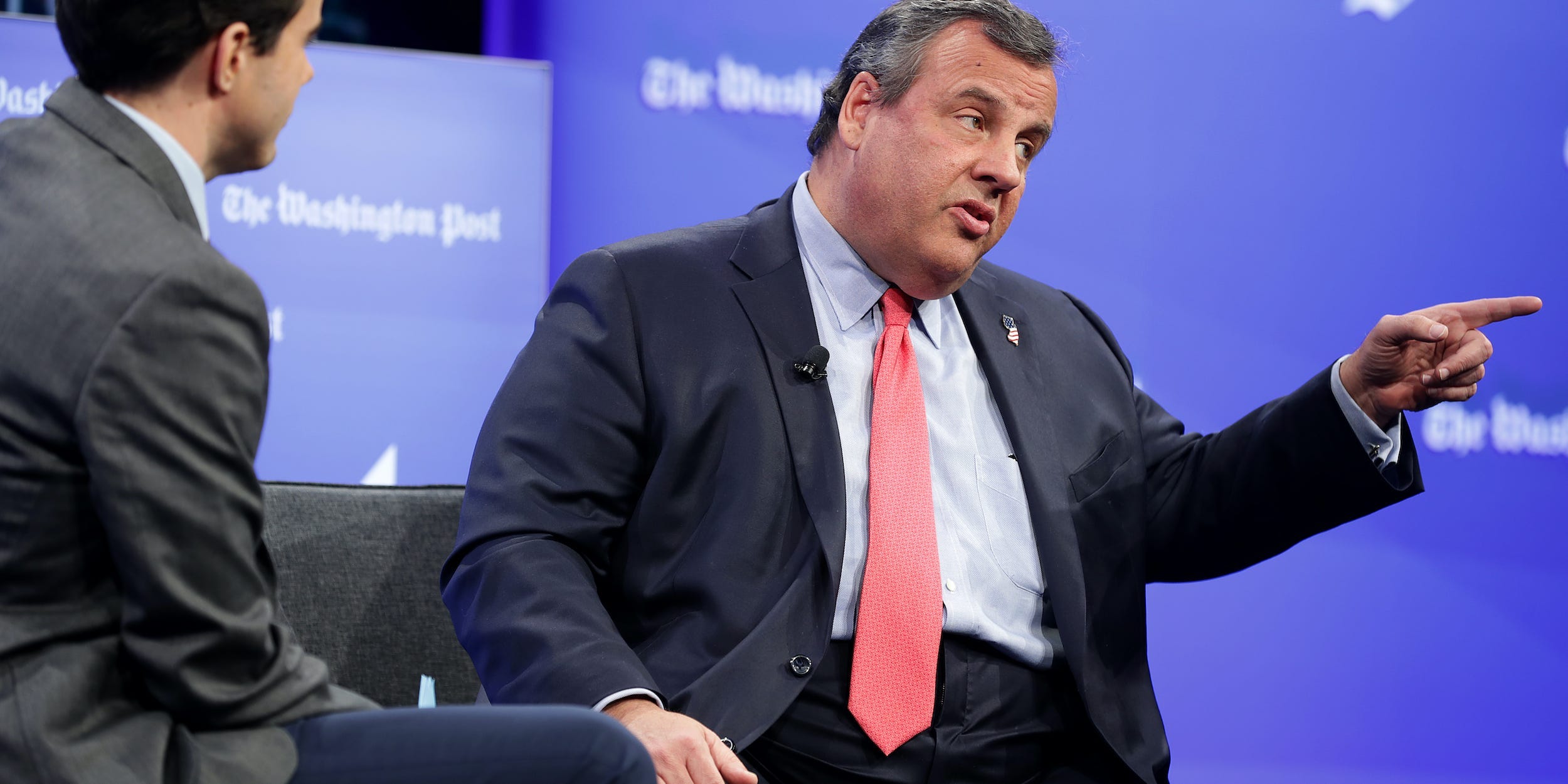 Former New Jersey Gov. Chris Christie has been known to be self-deprecating and light hearted about his figure, but it’s unclear if a bizarre schoolyard threat toward then-New York City Mayor Mike Bloomberg detailed in a new book was completely sarcastic.

Another former governor, David Paterson, recalls in his forthcoming memoir “Black, Blind, & In Charge: A Story of Visionary Leadership and Overcoming Adversity” how Christie got irked by Bloomberg during a visit from Queen Elizabeth in 2010.

Paterson was thrust into the spotlight when he had to step in to replace Eliot Spitzer once he resigned following a sex scandal, and became more of a household name when Fred Armisen began impersonating him on Saturday Night Live.

In the passage first reported by The New York Post, Paterson wrote that Christie hatched some sort of plot to get back at Bloomberg if he got too much of the spotlight with the Queen.

“I was told by the protocol people that nobody escorts the Queen but Prince Philip,” Christie told Paterson, according to the book. “But I bet you that Bloomberg is going to try to stand in front of us both and escort her.”

Paterson replied that Bloomberg is known to do such things when cameras are present, but Christie was not as resigned to the dynamic.

“Well I’m not putting up with it this time,” Christie reportedly said. “If he tries it today, I want you to trip him and I’m gonna sit on him.”

Paterson describes Christie’s mood on that day as “pissed.”

“I think it’s the Napoleonic New Jersey syndrome,” Paterson wrote. “But we won’t go into that.”