Chipotle is giving away burritos on Halloween — and this year, you don't need to wear a costume Irene Jiang / Business InsiderChipotle is giving away burritos this Halloween.

Chipotle is making unprecedented changes to its beloved Boorito deal this Halloween.

The chain announced that it will no longer require people to show up to locations in costume to receive a free burrito or burrito bowl. Instead, Boorito is going 100% digital for its 20th anniversary.

The chain will offer a buy-one-get-one-free deal for entreÃ©s from October 29 to October 31. The deal can then be redeemed on Halloween.

To cash in on the deal, customers can text keywords that Chipotle will release on social media to the number 888-222. If you’re having a hard time finding keywords, it might be helpful to turn on alerts for Chipotle’s tweets or Instagram stories â€” the chain said it is releasing more keywords on Friday and Saturday.

Chipotle will respond with a code that can be used on the chain’s app or website to get a free burrito, burrito bowl, or other entreÃ© on Halloween.

The one catch for Boorito 2020 is that customers will need to buy an entreÃ© to get a second one for free. The code will also only be redeemable for an item that costs $US10 or less. 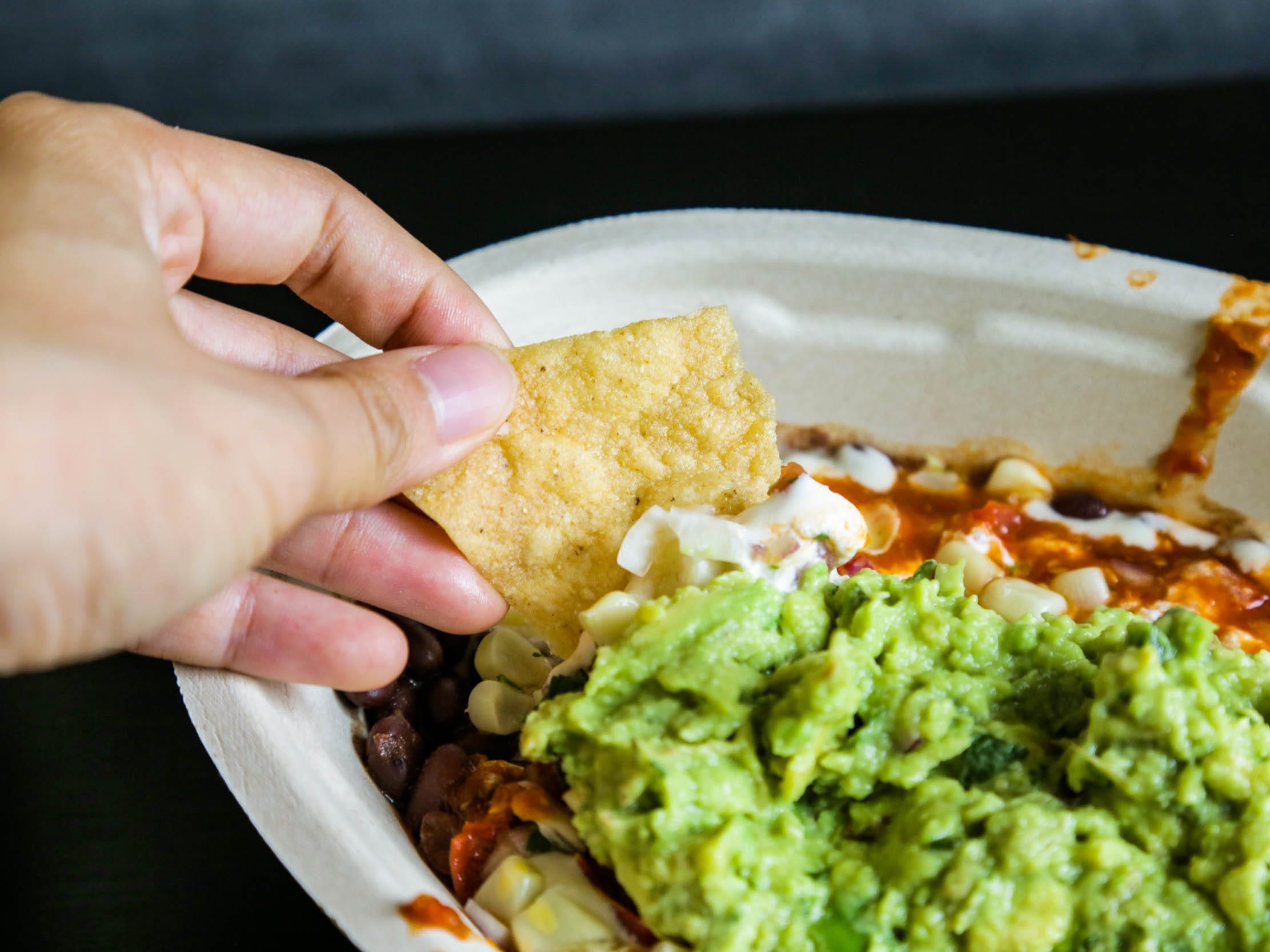 Irene Jiang/Business InsiderChipotle is pushing digital sales during the pandemic.

Chipotle has been doubling down on digital orders during the pandemic, with online and app sales exploding. In the second quarter, the company’s digital sales skyrocketed 216%, reaching $US829 million.

Even as in-restaurant dining reopens, CEO Brian Niccol said that the chain will continue to emphasise digital sales.

“We’ve been able to retain 70% to 80% of our digital sales gains while recovering 40% to 50% of our in-store sales,” Niccol said in a call with investors in July.

The emphasis on digital sales have also helped the chain save money in unexpected ways.

Chipotle’s chief financial officer Jack Hartung said in September that employees have been more precise in regards to portion control when preparing food for customers who ordered ahead via app or the chain’s website. The only way these customers can receive more than the standard size is to ask â€” and pay â€” for extra.

“Our portion sizes are much more consistent because there’s not somebody pointing at every single pan … the crew will see just the way that a customer is looking at them and think, ‘Oh, I better put another scoop in,'” Hartung said at the Raymond James North American Equities Conference.

“We’re finding things like that are resulting in better controls at the food line,” Hartung added. “We do think, certainly, because digital will be more sticky, a lot of that will stay. But we also think it’s an opportunity for us to get better execution on the front line as well as people ordering in restaurant.”