China is relaxing its coronavirus lockdowns, but the rules are still more restrictive than US cities under quarantine 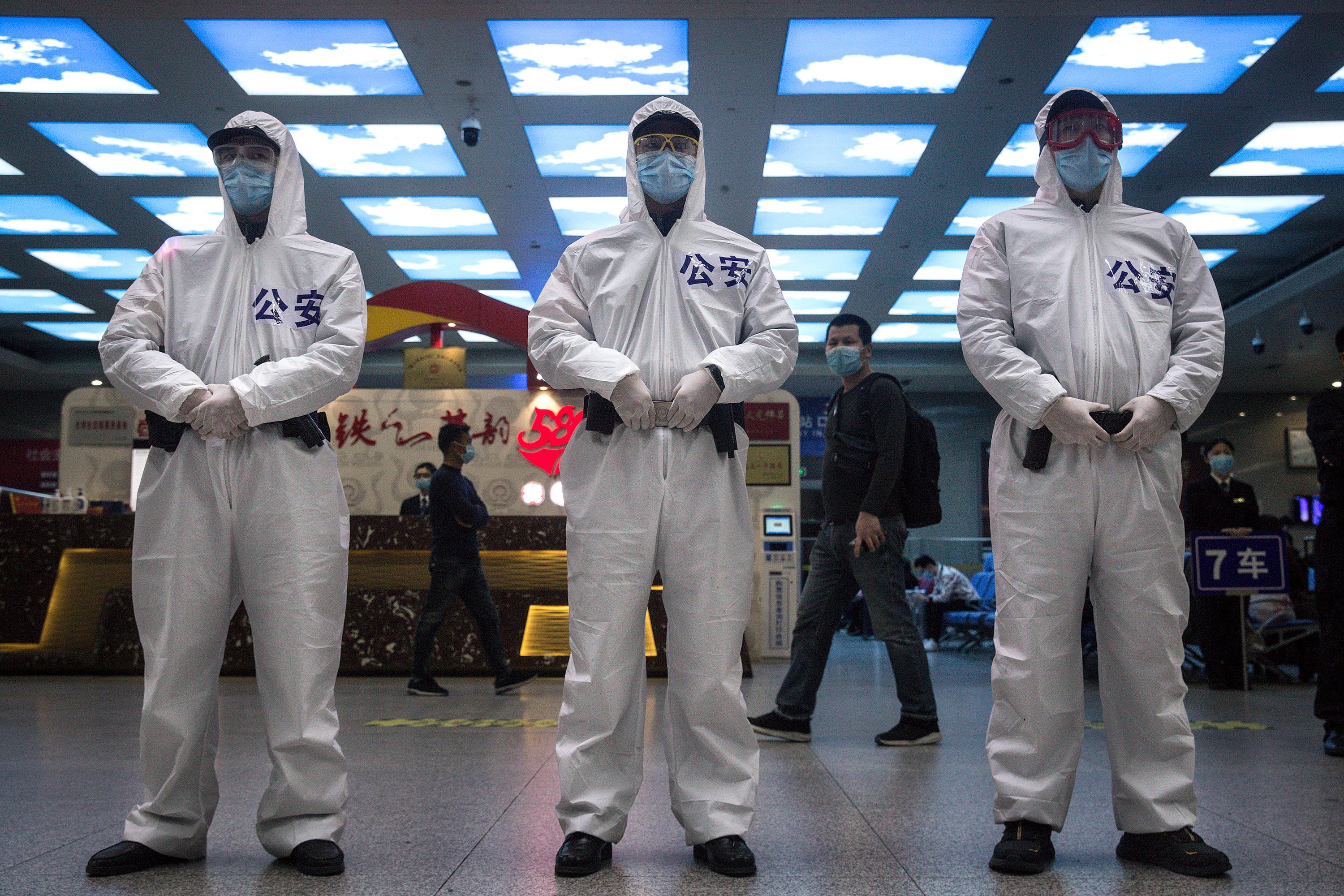 Getty ImagesThe railway police are on duty in the waiting room on April 7,2020 in Wuhan, Hubei Province, China.

On Wednesday, residents of Wuhan were allowed to leave the city for the first time in 76 days as Chinese officials eased coronavirus travel restrictions.

Wuhan, where the bulk of China’s nearly 83,000 cases have occurred, was put under strict lockdown in late January. Residents were unable to travel and most businesses and public transit closed, as the country scrambled to slow the spread of the virus.

The measures appear to have helped: on March 19, China reported no new COVID-19 cases for the first time since the outbreak began (though some doubt has been raised about the accuracy of the numbers).

But as restrictions lift, experts worry the area could see a second wave of coronavirus cases. Asymptomatic carriers who don’t know they’re infected could still spread the disease as well as international travellers bringing the virus back into the country. That means life is hardly returning to normal for Wuhan residents, with officials keeping many rules in place out of an abundance of caution.

By comparison, the US response has been much slower, lacking clear and decisive action from the federal government, and states have been mostly on their own. The result has been wide variations in how quickly states have implemented stay-at-home orders as well as how aggressive they have been in enforcing them.

In California, nearly 40 million residents have been ordered to stay home and avoid non-essential trips since March 20, with police even ticketing residents who violate social distancing rules. Meanwhile, Florida Governor Ron DeSantis, after weeks of inaction, exempted religious gatherings from his state’s order, which didn’t go into effect until April 3.

But Americans under the strictest state lockdowns are still able to move much more freely than residents of Wuhan can – even under the newly relaxed policy. Here’s how the rules around travel differ in the two countries.

Wuhan residents must use a coronavirus smartphone app that allows the government to track their health status and travel history to determine where they can go.

The software generates a colour code: green (you’re healthy), yellow (you’ve had contact with another infected person), or red (you’re infected). Only those with a green code can travel.

In the US, some state authorities have begun checking for people fleeing hotspots like New York, but travel within states has been much less tightly controlled.

Some American technology companies have built software tools to help public health authorities track the virus, but the US hasn’t implemented anything close to resembling China’s government-mandated app.

Airline and train station employees have also been checking people’s temperatures as they board public transportation to identify potential carriers of the disease.

Some “essential” businesses that remain open in the US during the pandemic have begun conducting temperature checks on their workers, though it’s not clear how widespread the measure is for Americans.

While businesses have started to reopen in Wuhan, the city’s schools remain closed, people are still sheltering at home, and the crisis is far from over.

In the US, the lack of a cohesive nationwide strategy has left some states lagging in their response to the virus, and experts warn the worst is still to come.