Mapping the coronavirus outbreak: Where in the world — and the US — the disease has spread 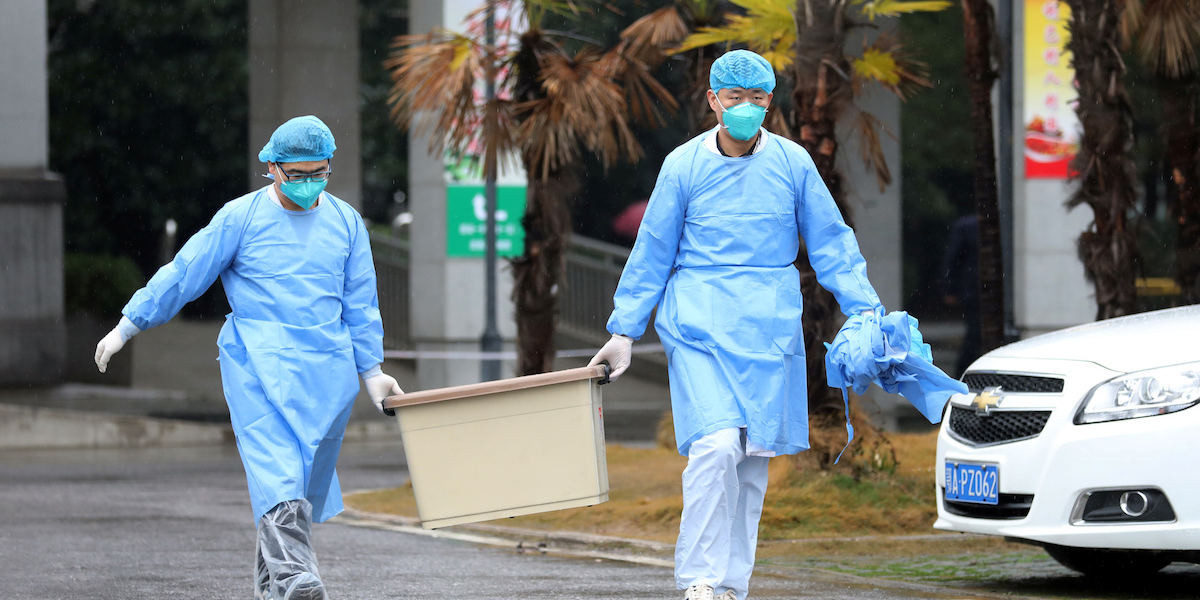 ReutersMedical staff carry a box by the Jinyintan hospital in Wuhan, which houses patients with the coronavirus, on January 10, 2020.

The new coronavirus has killed more than 3,000 people. Over 95,000 cases have been confirmed as of Wednesday. More than 90% of those are in China, though the outbreak has spread to 81 other countries.

The US has also reported several likely cases of “community spread” – patients who had no known exposure to the virus and no travel history in China. These include two cases in California, four in Washington state, and one in Washington County, Oregon.

On February 25, officials at the Centres for Disease Control and Prevention (CDC) said Americans should “prepare for the expectation that this might be bad.”

The CDC is asking any citizens returning from five countries – China, South Korea, Italy, Japan, or Iran – who develop a fever, cough, or shortness of breath to seek medical help and self-isolate. US citizens have been advised to avoid all nonessential travel to China, South Korea, Italy, and Iran. Foreign nationals who’ve been in China within the prior 14 days are currently not allowed to enter the US.

The virus causes a disease called COVID-19. Most patients develop a fever, cough, and shortness of breath. A recent study from the Chinese Centre for Disease Control found that around 80% of coronavirus cases in China have been mild.

Most deaths so far have been reported in the Hubei province, where Wuhan is located. Authorities put the province on lockdown to prevent the spread of the virus; all transportation in and out of Wuhan has been halted.

Airports around the world are screening passengers for the virus and many countries have evacuated citizens and employees from China.

The US has confirmed 60 coronavirus cases. Here’s what we know about all the US patients.

What to know about the coronavirus outbreak