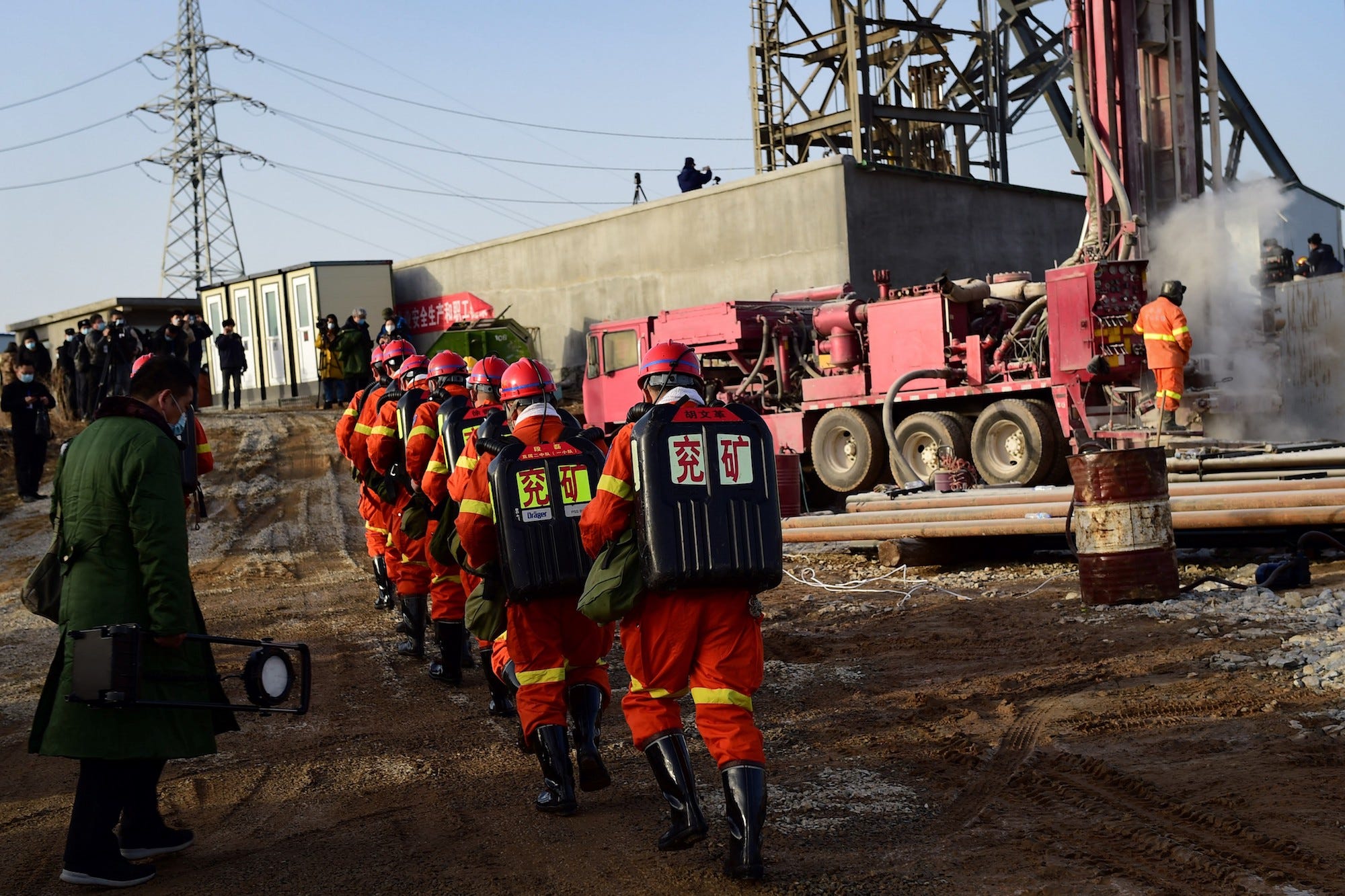 Getty/STRMembers of a rescue team work at the site of the gold mine explosion in Qixia.

Eleven of the 22 miners trapped inside a Chinese gold mine for two weeks following an explosion have been brought safely to the surface.

The Qixia mine workers were trapped 2,000 feet underground following an explosion on January 10 that obliterated the mine’s ladder and badly damaged its communication system.

State broadcaster Xinhua showed the first miner being rescued at about 11:13 a.m. local time on Sunday morning. He was blindfolded to protect his eyes from the light and was immediately taken to the hospital for treatment.

About an hour later, 10 more miners, one of whom was injured, were brought out from a deeper section of the mine. Seven were able to walk to ambulances on their own.

Several miners who were trapped in a gold mine in northern China for 14 days following an explosion have been lifted out, says state media. pic.twitter.com/sl71SKnrlj

Contact with the trapped miners was first established on January 17 when rescuers felt a pull on one of the ropes they were lowering into shafts, reports the BBC.

A paper note was then sent up from a group of 12 miners, one of whom was separated from the rest of the group.

One of the group died from a head wound following the blast,reports Xinhua.

The remaining 10 were sent food, medical supplies, blankets, and batches of nutrient solution before being lifted out on Sunday.

Life detectors and nutrient solutions have been lowered into other parts of the mine to help find the 10 miners still trapped. However, thus far, no contact has been made.

Mining accidents in China are not uncommon. In September,16 workers died from carbon monoxide poisoning following a fire at Songzao coal mine, also outside of Chongqing.

In December, another 23 workers died at the Diaoshuidong coal mine in Chongqing’s southwest city after a gas leak.

The crime boss dubbed ‘Asia’s El Chapo’ who leads one of the world’s biggest drug gangs, has been arrested in Amsterdam