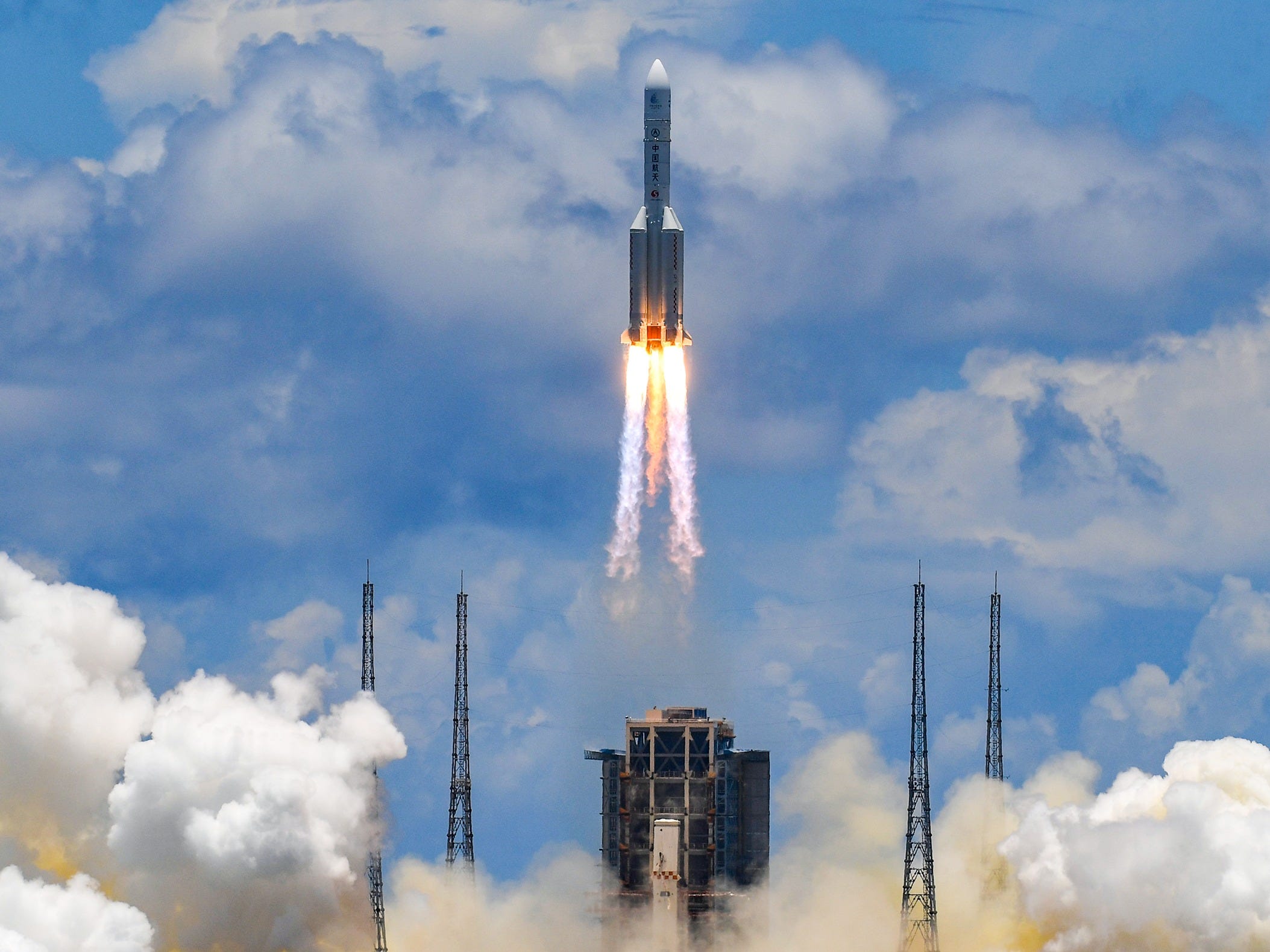 Noel Celis/AFP via Getty ImagesA Long March-5 rocket, carrying an orbiter, lander, and rover as part of China’s Tianwen-1 or HX-1 mission to Mars, lifted off from the Wenchang Space Launch Centre in the southern Hainan Province on July 23.

For the first time in nine years, China is on its way to Mars.

On Thursday afternoon, China launched a 187-foot (57-metre) Long March 5 rocket from the Wenchang Space Launch Centre in eastern Hainan, a large island in the South China Sea, according to the Associated Press. The rocket lifted off at 12:40 p.m. local time (12:40 a.m. ET) carrying a 5.5-ton bundle of spacecraft designed to execute an ambitious mission called Tianwen-1, which translates to “questions to heaven.”

If the mission successfully arrives in Martian orbit in February 2021, then drops off a surface mission, it will kick off China’s first direct exploration of the red planet.

China first attempted to reach Mars in 2011, as part of Russia’s Phobos-Grunt mission. China’s Yinghuo-1 experiment was on the flight, and a Russian rocket delivered the spacecraft to low-Earth orbit. However, an engine did not ignite and fly the package to Mars, dooming the mission by stranding it close to home.

With Tianwen-1, China is hoping to make up for its loss – and flex newfound technological muscle – by inserting a surface-studying satellite into Martian orbit, then sending a lander-rover spacecraft to the surface.

“The main task of Tianwen-1 is to perform a global and extensive survey of the entire planet using the orbiter, and to send the rover to surface locations of scientific interests to conduct detailed investigations with high accuracy and resolution,” Wan Weixing, the Chinese space physicist who was the Tianwen-1 mission’s chief engineer, wrote in a July 13 Nature Astronomy article.

“Scientifically, Tianwen-1 is the most comprehensive mission to investigate the Martian morphology, geology, mineralogy, space environment, and soil and water-ice distribution,” Weixing claimed in the piece. (As Business Insider learned from a Forbes story by Jonathan O’Callaghan, Weixing passed away before the article was published. He died on May 20 at the age of 62, according to the Chinese Academy of Sciences.) 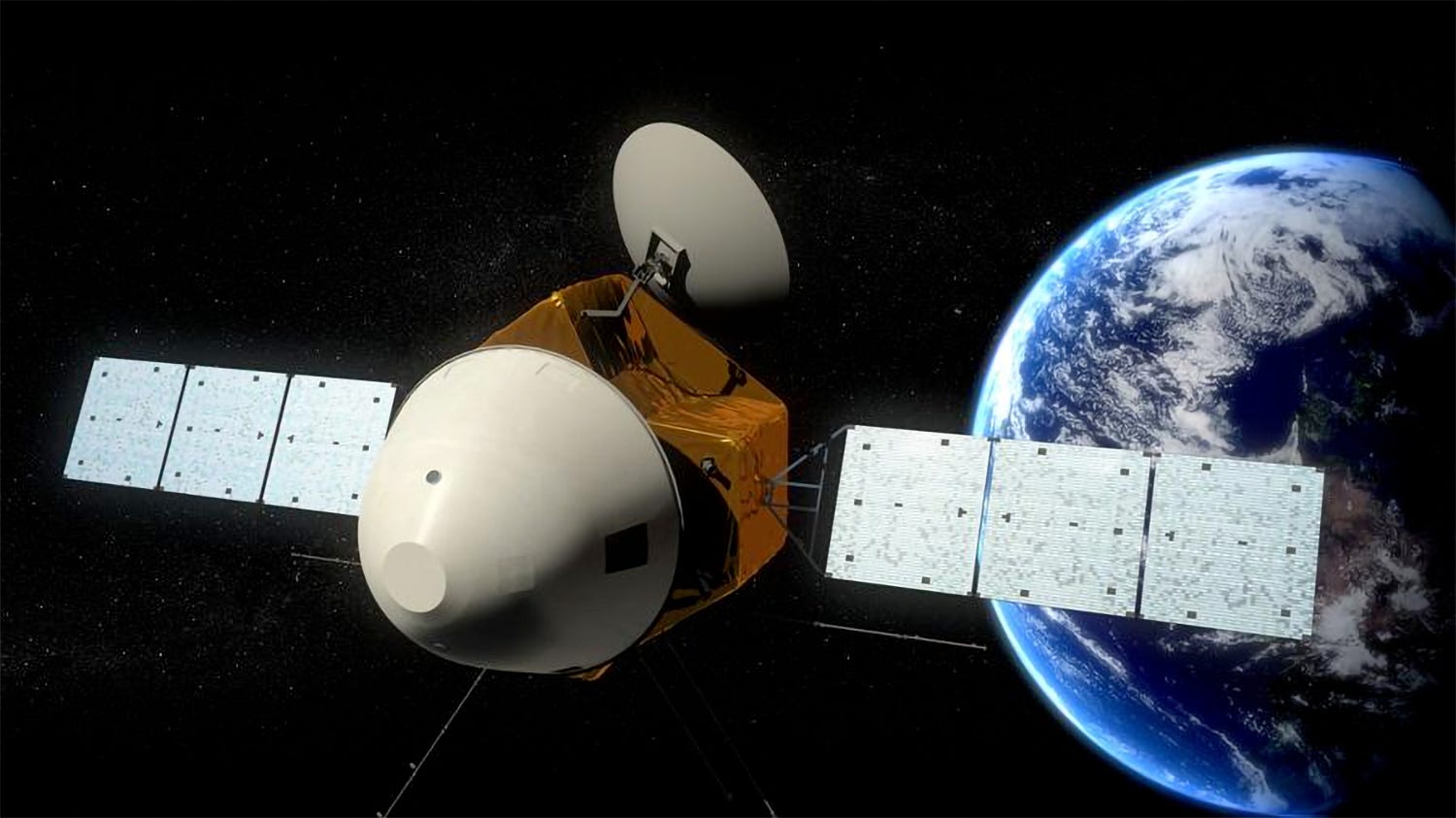 Once the satellite arrives enters orbit in February 2021, the spacecraft should deploy a landing capsule that will scream through the atmosphere, open a parachute, and deposit the lander-rover package on the Martian surface.

The rover would then roll off the top of the lander in a process similar to Chang’e 4 and Chinese lunar-landing missions before it. The solar-powered, six-wheeled vehicle will use ground-penetrating radar to study Mars’ internal structure and look for pockets of water ice, according to state media.

China’s space agency describes this mission as a key part of future efforts to scoop up and launch Martian rocks and soil back to Earth, in part to determine if and when life was present on the planet. Chinese scientists hope to get their hands on what may be the first-ever pristine samples of Martian soil by 2030, according to Popular Mechanics.

Some researchers believe that the sites of ancient oasis-like pools on Mars are the best places to dig in search of fossilized remains of microbial Martian life.

Why 3 missions are launching to Mars this summer 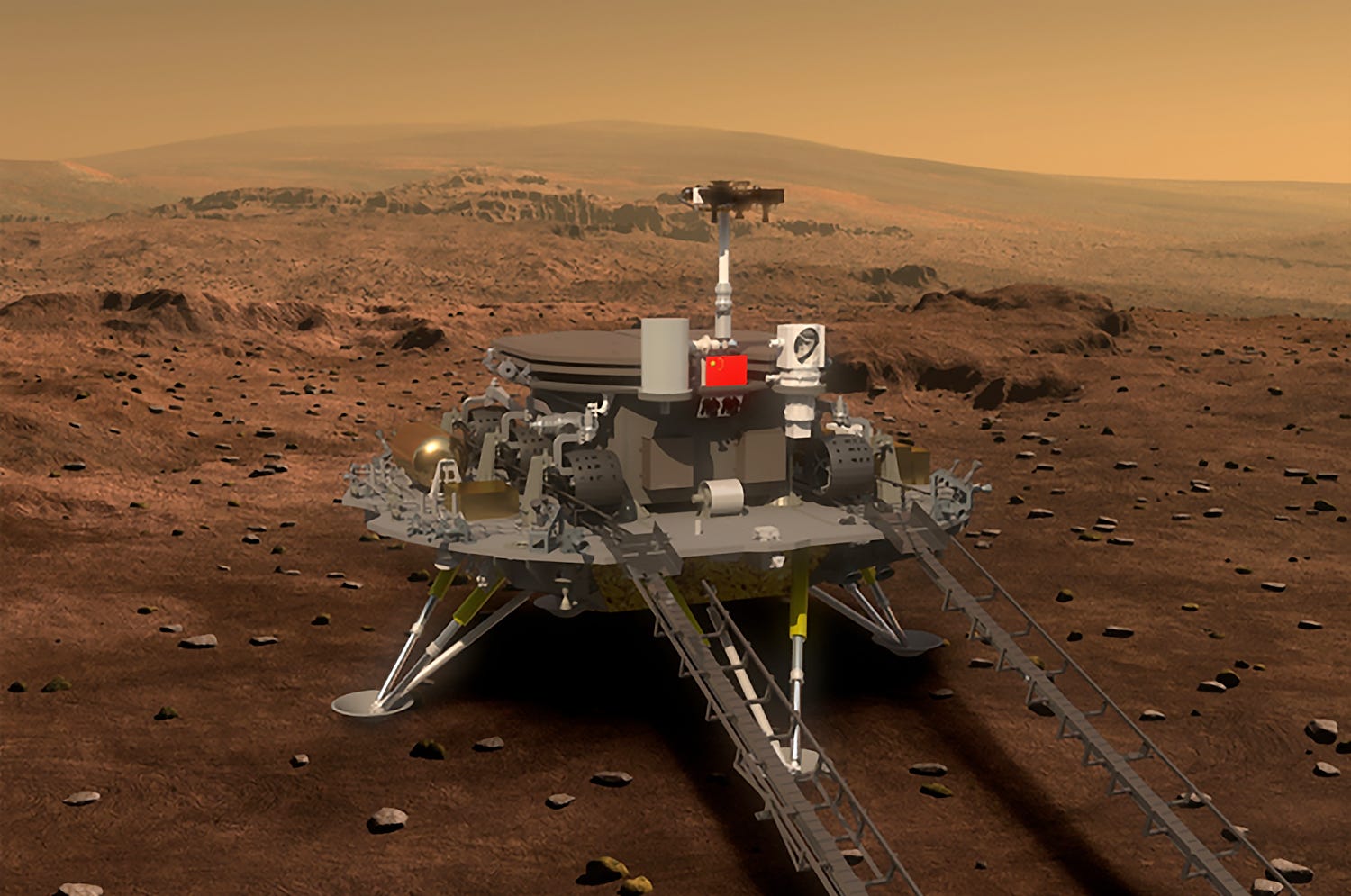 Tianwen-1’s launch follows that of the United Arab Emirate’s July 19 launch of Hope – that nation’s first-ever Mars mission. On July 30, NASA hopes to launch its own and even more ambitious Perseverance Mars rover mission, landing it in Jezero Crater in early 2021 – a site that may include signs of past alien life.

That car-size, nuclear-powered robot will also set up the US for a Martian soil-sample return. NASA is the most recent entity to successfully reach Mars with its InSight lander, designed to listen for Mars quakes and deploy a “mole” probe to investigate the planet’s internal structure.

As Business Insider’s Morgan McFall-Johnsen reported, all three missions are launching this summer to take advantage of a launch window that opens for a few months every two years, when Earth and Mars closely align – making for a dramatically shorter trip.

Landing on Mars is anything but easy 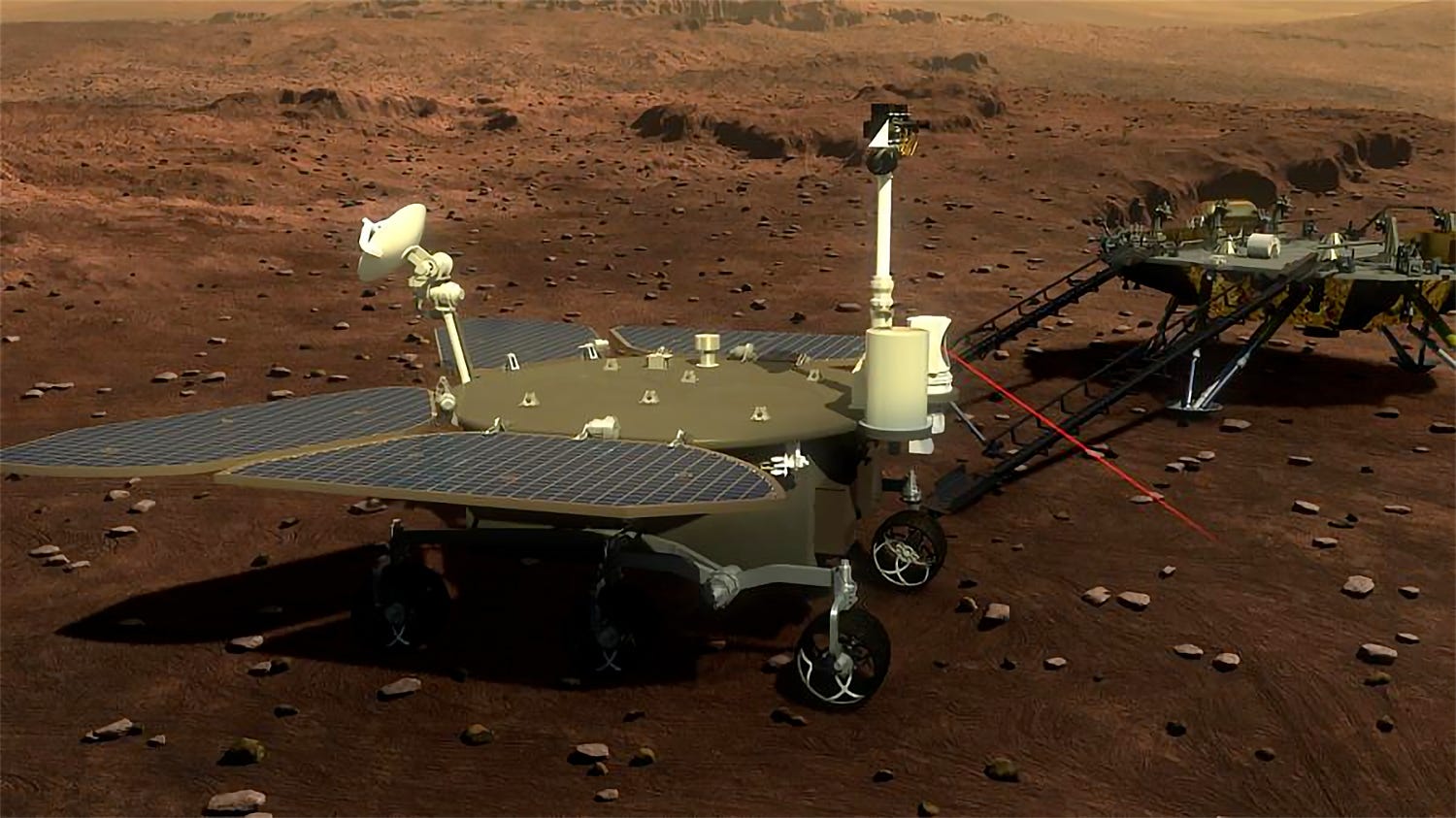 If the Tianwen-1’s lander and rover spacecraft successfully touch down, the mission would make China only the third nation to explore the Martian surface, along with the United States and Russia. That’s partly because Mars is one of the most difficult planets to land on. Its atmosphere is thick enough to burn up a spacecraft, yet too thin to completely slow down a mission during reentry (as can happen on Earth). Fewer than half of all missions sent to land on Mars have arrived safely.

One of the latest failed landings was a European probe called Schiaparelli. In 2016, as it approached the surface, its rocket thrusters turned on prematurely, causing it to fall from a mile high, then crash and explode.