China National Space AdministrationChina’s Yutu-2 rover, part of its Chang’e 4 lunar mission, rolls across the far side of the moon in January 2019.

The first rover ever to visit the far side of the moon has discovered a layer of lunar dust up to 12 meters (39 feet) deep.

The rover and its lander, which sits in the moon’s Von Kármán crater, are part of China’s Chang’e-4 mission. Their landing there on January 3, 2019 marked the first time any spacecraft had ever visited the far side of the moon without crashing.

The rover measured the moon’s surface dust with radar for the first time, and researchers from China and Italy described the results in a paper published Wednesday in the journal Science Advances.

Lunar dust, also called regolith, is a talc-like substance of pulverised rock and dust that settled after asteroids bombarded the moon’s surface billions of years ago. The Chang’e 4 findings confirm that this dust also coats the far side of the moon, in a layer that the scientists described as “quite thick.”

“This work shows that the extensive use of the [Chang’e 4 radar] could greatly improve our understanding of the history of lunar impact and volcanism and could shed new light on the comprehension of the geological evolution of the moon’s far side,” the study authors wrote.

That understanding will be key for future missions to the moon. Lunar dust can cloud a spacecraft’s instruments as it approaches the moon’s surface, raising the risk of failure.

Regolith has caused problems before

Peggy Whitson, an astronaut who lived in space for a total of 665 days, previously told Business Insider that the Apollo missions “had a lot of problems with dust.”

“If we’re going to spend long durations and build permanent habitats, we have to figure out how to handle that,” Whitson said.

Brian O’Brien, a physicist who designed the regolith-measuring device that accompanied the Apollo 11 astronauts, told Wired that he suspects dust interfered with a seismometer and blocked solar cells on that mission. 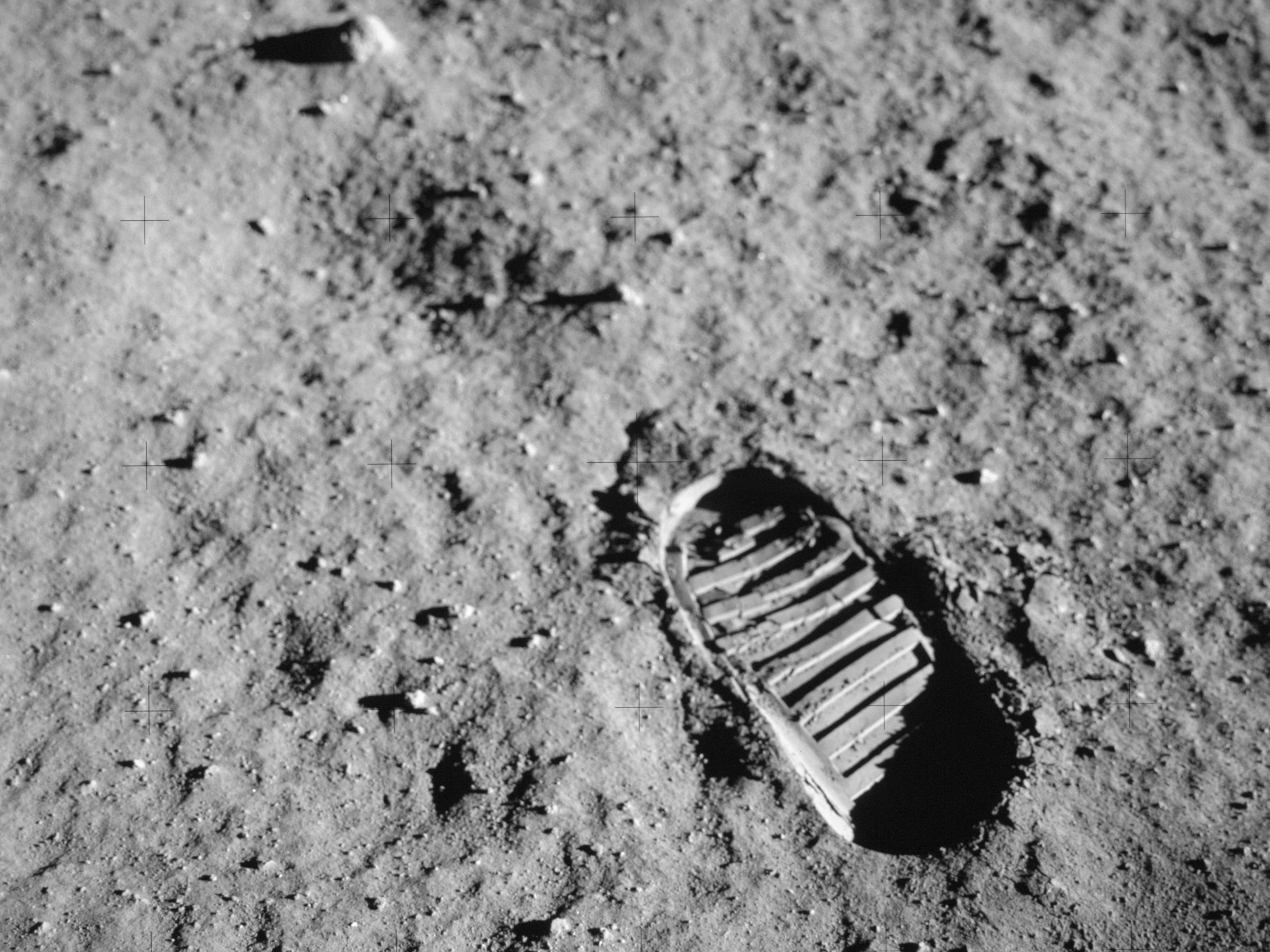 NASAA close-up view of an astronaut’s boot print in the lunar soil during the Apollo 11 moon landing of July 20, 1969.

Regolith measurements across the moon’s surface could help future spacecraft avoid those problems.

“Some of the new engine types and the thrust levels that we will have – we really don’t understand how it will stir up the different kinds of regolith in different locations on the moon,” Alicia Dwyer Cianciolo, an aerospace engineer working on NASA’s robotic moon missions, told The Atlantic in September. 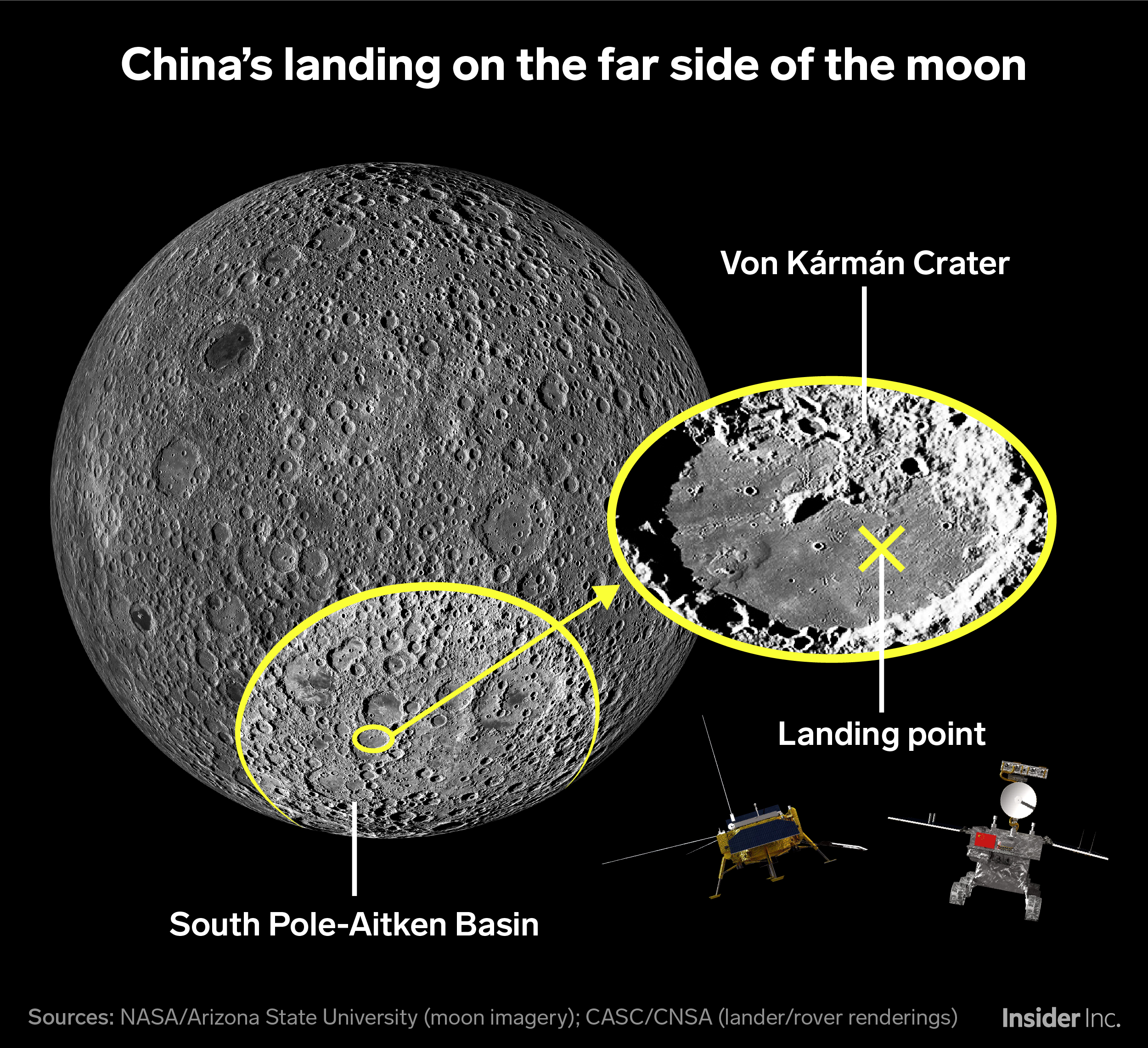 Shayanne Gal/Business InsiderChina landed its Chang’e 4 lunar mission inside an ancient crater located on the far side of the moon.

Below the 39 feet of fine dust, the Chang’e 4 rover also found a layer of coarse material full of rocks, followed by alternating layers of coarse and fine substances up to 40 meters (131 feet) deep.

Though China has not shared a specific timeline for the rest of the mission, the robots’ goals on the moon’s far side are to take photos of the barren landscape, study lunar geology, look for water ice, and scan the night sky for radio bursts.