China imposed a sweeping and sinister national security law on Hong Kong, but what it actually says is still a secret 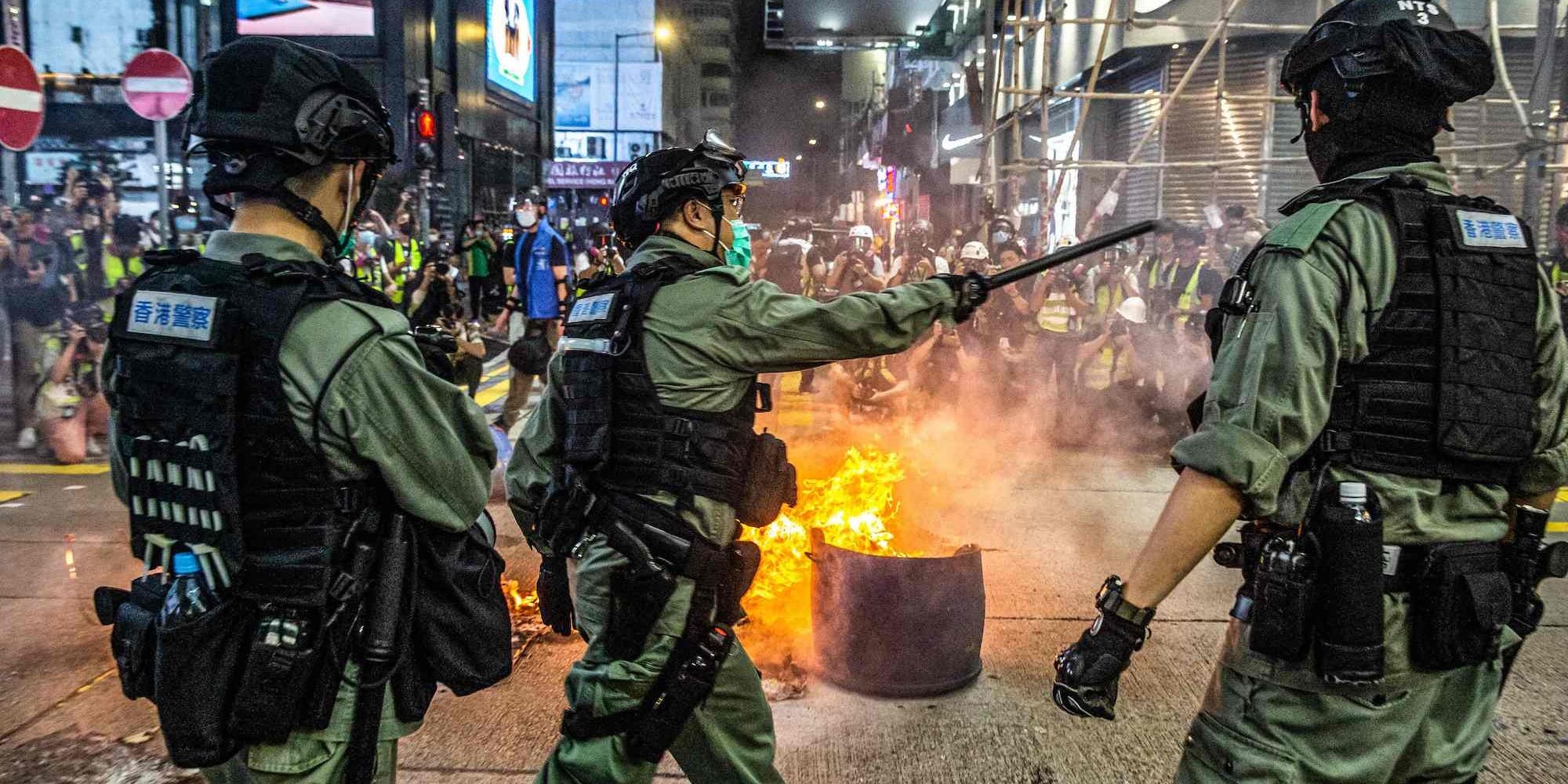 ISAAC LAWRENCE/AFP via Getty ImagesPolice stand guard on a road to deter pro-democracy protesters from blocking roads in the Mong Kok district of Hong Kong on May 27, 2020

China has imposed a sweeping new Hong Kong security law in the wake of pro-democracy mass protests in the region – but exactly what the law says is still unknown even after it passed.

The contents of the bill have yet to be published, and have been instead disseminated to the public via media reports and press briefings.

The BBC early Wednesday morning confirmed that the controversial legislation had been approved by the Standing Committee of the People’s National Congress, the Chinese government’s main legislative body.

The Congress largely rubber-stamps decisions made by the leaders of the Chinese Communist Party.

Authorities in Beijing said they will only make public the full text after it is passed, the South China Morning Post reported earlier in June. The officials did not say how long the gap would be between passage and publication.

Carrie Lam getting asked over and over about the national security law, her role in it, why HK people have no details about the most consequential decision here since the 1997 handover. Her response: "no comment" https://t.co/SEWplwhBFX

Hong Kong’s chief executive, Carrie Lam, earlier told reporters that she was unable to disclose the content of the bill because it was still being deliberated by lawmakers in Beijing.

“I think at this moment, it is not appropriate for me to comment on any questions related to the national security law,” Lam told reporters, as quoted by the AFP news agency.

Details of the bill, passed 40 days after it was first proposed, have been obtained by local news outlets, including RTHK, which reported that it contains measures punishing offences classed as terrorism, subversion or collusion with foreign powers with tough prison sentences ranging from three years to life imprisonment.

According to Tam Yiu-chung, a pro-Beijing lawmaker who has briefed the media on the new law, it will not include the death penalty.

Critics, including the United Nations human rights commissioner, have expressed concern over the bill.

“The passing of the national security law is a painful moment for the people of Hong Kong and represents the greatest threat to human rights in the city’s recent history,” said Joshua Rosenzweig, the head of Amnesty International’s China team, in a statement.

“From now on, China will have the power to impose its own laws on any criminal suspect it chooses,” he said.

The region was meant to be governed on different terms from the mainland as a condition of its return by the UK in 1997.