China is detaining its Uighur Muslim citizens for reasons including being younger than 40 years old or appearing untrustworthy, leaked documents show.

On Wednesday, Human Rights Watch published details of a dataset showing the reasons why approximately 2,000 people were detained in Aksu prefecture, Xinjiang, between mid-2016 and late 2018.

Human Rights Watch said that the list appears to come from a part of Aksu that is mostly Uighur, and the group said it is confident that all the people on the list are Uighurs.

Justifications used by officials on the Aksu list to detain the Uighurs included “switching off their phone repeatedly,” “generally acting suspiciously,” and being “born after the 1980s.”

One person on the list, identified as Ms. T, was detained for “links to sensitive countries” after she received four calls from a foreign number in March 2017, Human Rights Watch said.

Officials in Xinjiang have previously used obscure and ridiculous justifications to detain and imprison Uighurs, including setting clocks to a different time zone than Beijing’s, which China deems an act of rebellion.

“The Chinese government owes answers to the families of those on the list: why were they detained, and where are they now?”

The people on the list comprise a small segment of some millions of Uighurs who have been detained in prison-like camps since 2016.

China euphemistically calls the camps “reeducation centres,” and last year claimed without evidence that it had released all “graduates.” But according to multiple reports, China has continued building and expanding those facilities since that claim.

Beijing deems the mostly-Muslim Uighur community a terror threat akin to ISIS, and has worked to erase their culture and slash their birth rate with forced sterilizations, child quotas, and forced abortions.

The program collects data on all Xinjiang residents, including non-Uighurs, but Human Rights Watch said that officials used IJOP to flag the 2,000 detainees on the Aksu list.

According to multiple reports, some Uighurs detained in Xinjiang have been forced to work for little to no pay in factories and production lines, some of which produce goods for major Western retailers.

Nike, Coca-Cola, and Apple reportedly lobbied against the bill, which will now be voted on by the US Senate.

In September, the US government also banned the import of some clothing, computer, and hair products from Xinjiang. 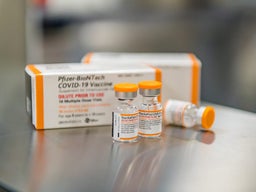 Pfizer and BioNTech have started testing an Omicron-specific COVID-19 vaccine on... 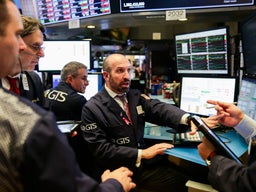 It’s too early to buy the dip in stocks as the... 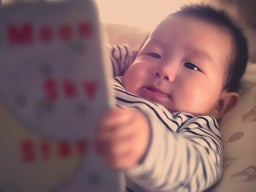 Babies have better brain development if their family gets $300 a...