Humans aren't the only species who get choosier about their friends as they age. Chimps do it too, new research suggests. 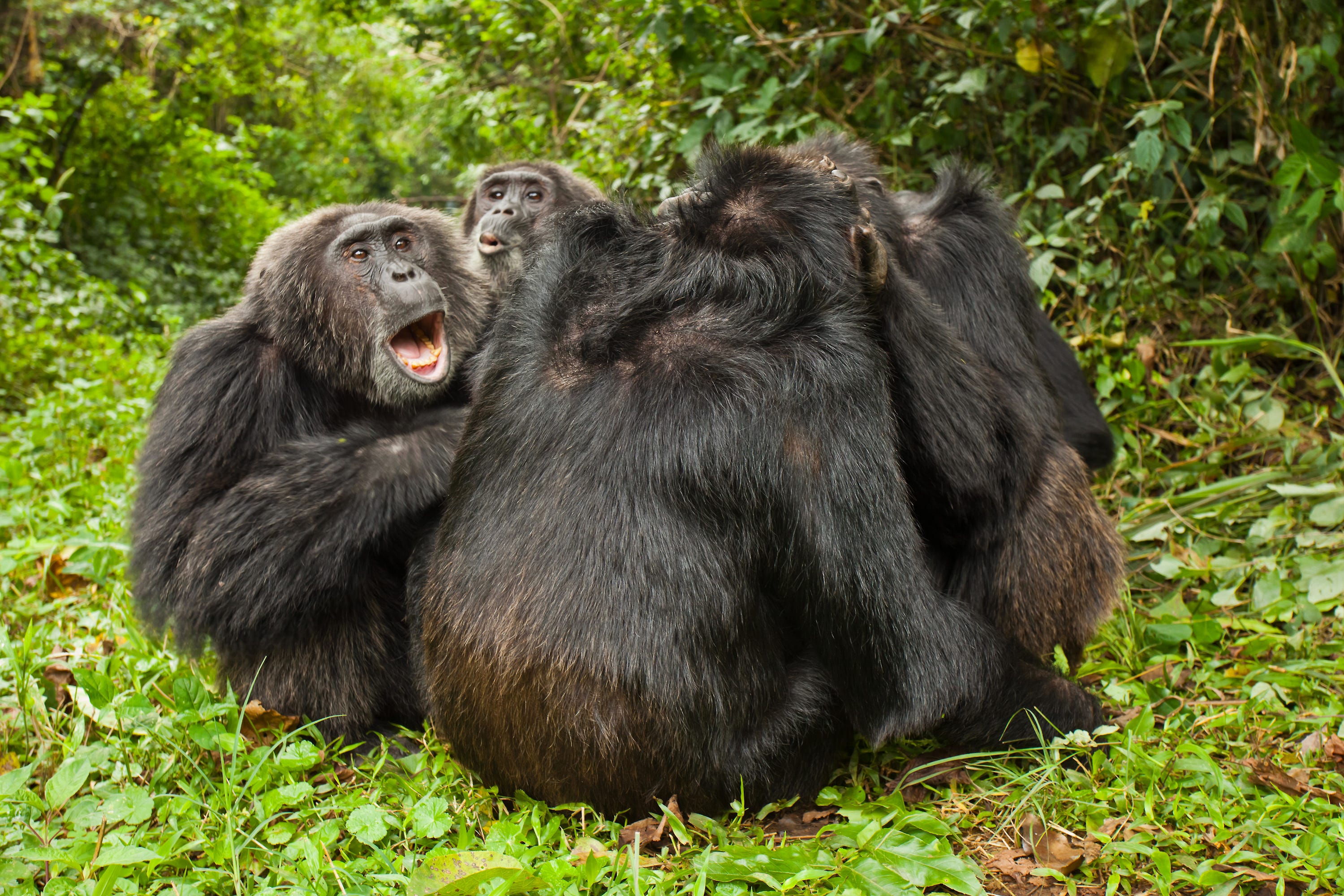 Ronan DonovanA group of male chimpanzees grooms together in Uganda’s Kibale National Forest. Kakama, on the left, is the dominant male in the group.

As we age, we get pickier about our friends.

Young adults maintain many friendships, but as people grow older, they tend to winnow that group down to a select few meaningful relationships.

A recent study published in the journal Science suggests that humans aren’t the only species to get socially selective like that: Chimpanzees do the same. Researchers studied data collected in Uganda’s Kibale National Park over two decades to assess how a group of male chimps’ friendship dynamics shifted over time.

“We found that wild chimpanzees, like humans, prioritise strong social bonds and interacting with others in positive ways as they get older,” Alexandra Rosati, an anthropologist at the University of Michigan and lead author of the study, told Business Insider.

“The older chimpanzees had more mutual and equitable friendships with others, whereas younger adults were more likely to form one-sided relationships where their partner did not reciprocate,” she added. 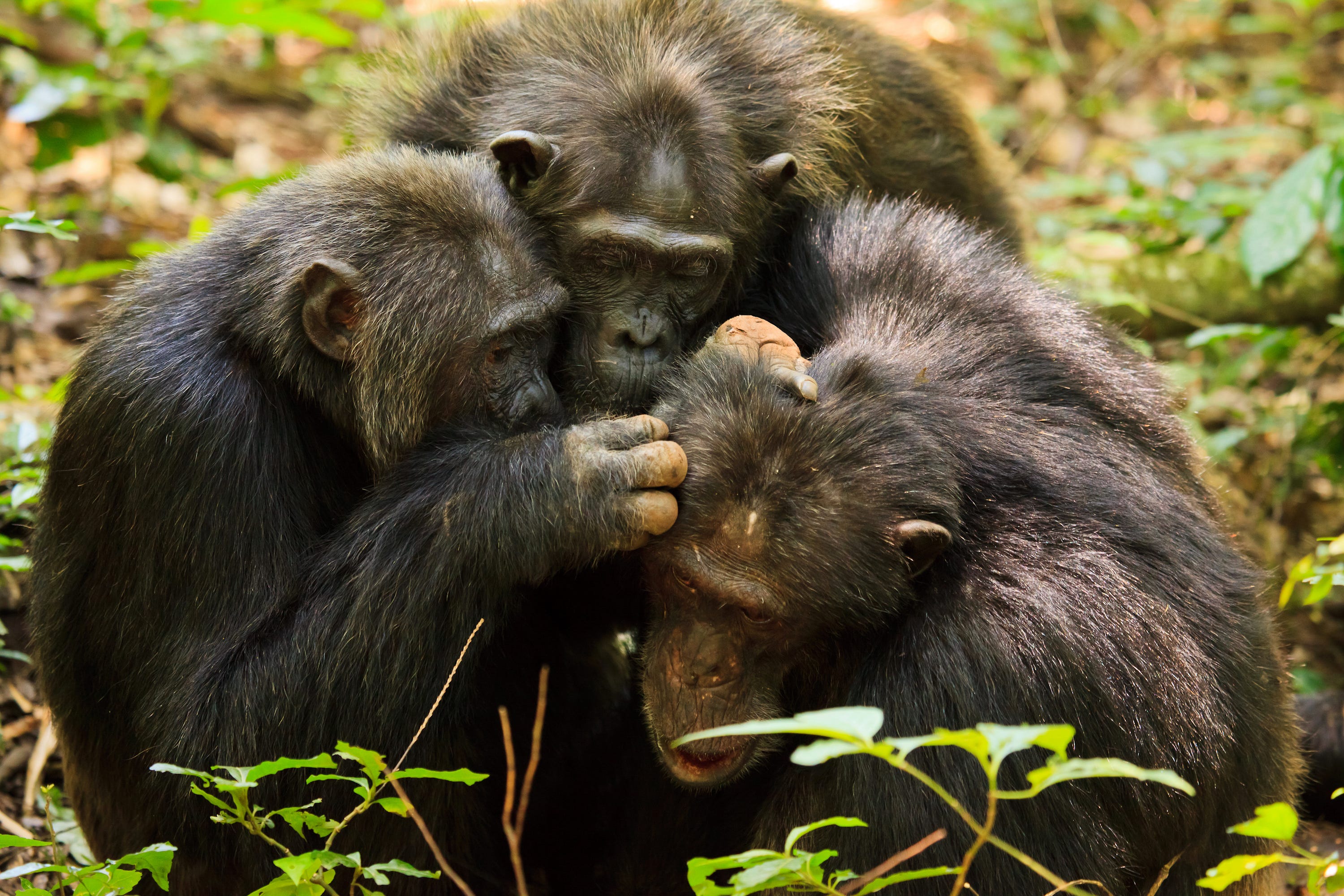 Ronan DonovanA triad of Kanyawara chimpanzees from Kibale National Park: Kakama, the dominant male (left) grooms with Johnny (right), an older male, and a female in the middle.

Rosati’s group looked at 78,000 hours of observational data collected by the Kibale Chimpanzee Project since 1987. They focused on a group of 21 male chimps between the ages of 15 and 58.

The team used the chimps’ grooming habits and how closely they sat with one another as a proxy to identify and measure their friendships. The males’ varying types of bonds were classified into three categories: mutual friends, one-sided friends, or non-friends.

They found that chimps older than 35 had a greater number of mutual friendships, in which two males sat together and groomed each other regularly.

Younger males, by contrast, were more likely to have one-sided friendships, in which they would groom another chimp that didn’t respond in kind. Older males had fewer of these slanted connections.

Socioemotional selectivity theory suggests that as people start to recognise that their time on Earth is running out, they prioritise emotionally fulfilling relationships instead of cultivating new friendships.

But chimps don’t have that same sense of their impending mortality.

So researchers weren’t expecting to find the same trend in the chimps’ friendships over time.

“Based on prior studies of chimpanzees, we knew they can be very similar to humans in some ways, and we know that social bonds are very important in this species. However, seeing these strong similarities with the human ageing patterns was surprising,” Rosati said. 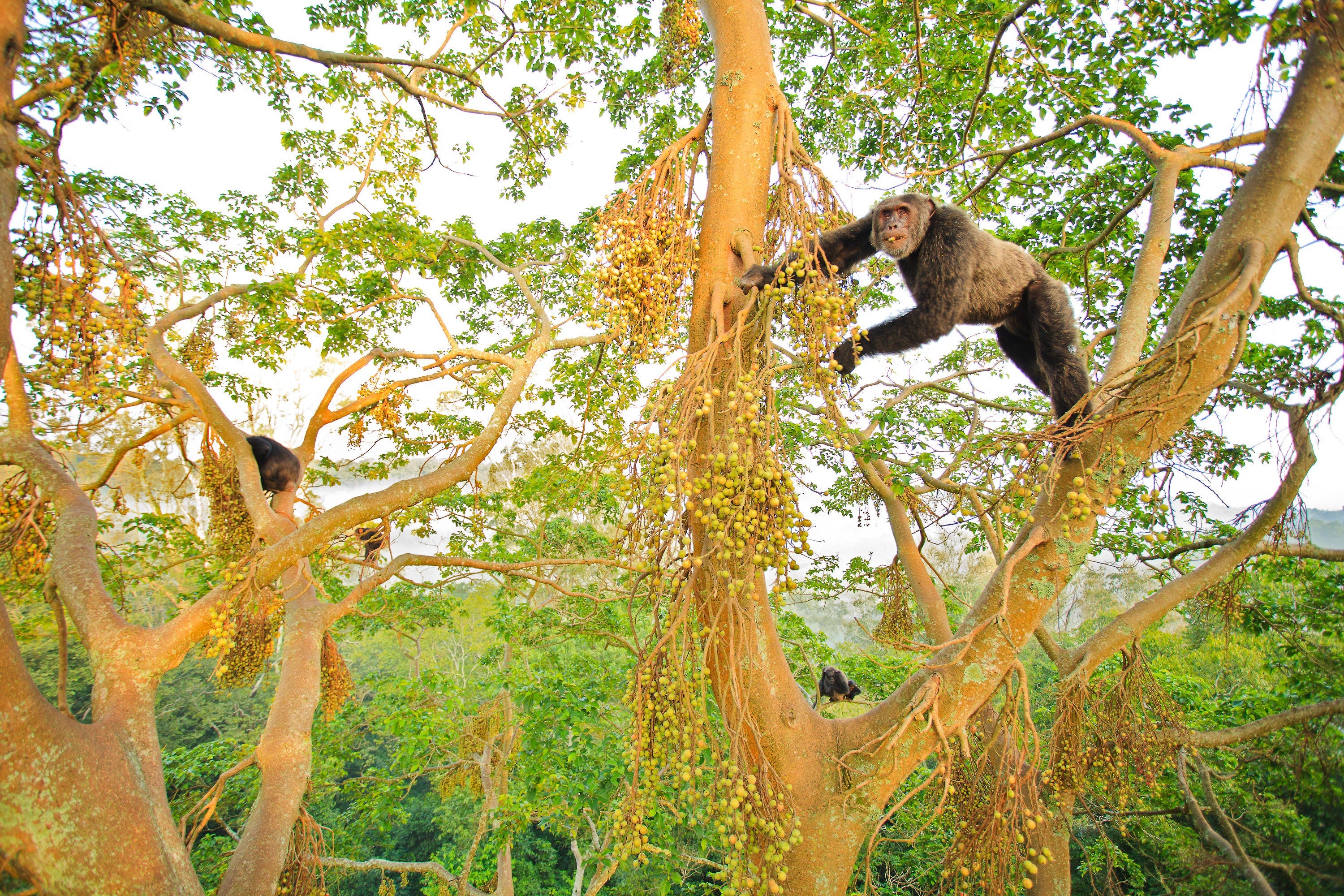 Ronan DonovanLanjo, a Kanyawara chimpanzee in Kibale National Park, is a younger male.

That means another evolutionary underpinning may be behind the apes’ social pickiness as they age â€” and perhaps our own, too.

“The patterns that SST [socioemotional selectivity theory] was created to explain appear to generalise beyond our own species and might not depend on having a well-developed concept of time or conscious awareness of mortality,” Joan Silk, a behavioural ecologist at Arizona State University who was not involved in the study, wrote in an article accompanying the study.

It’s unlikely that chimps have a better sense of the ticking clock than scientists think, Silk said.

“Based on current work, we know that chimps are quite smart, and they have some knowledge of other’s animals knowledge and desires. But I think most people working on chimps would think that it is big stretch to believe that chimps have conscious knowledge of their own mortality,” she told Business Insider. 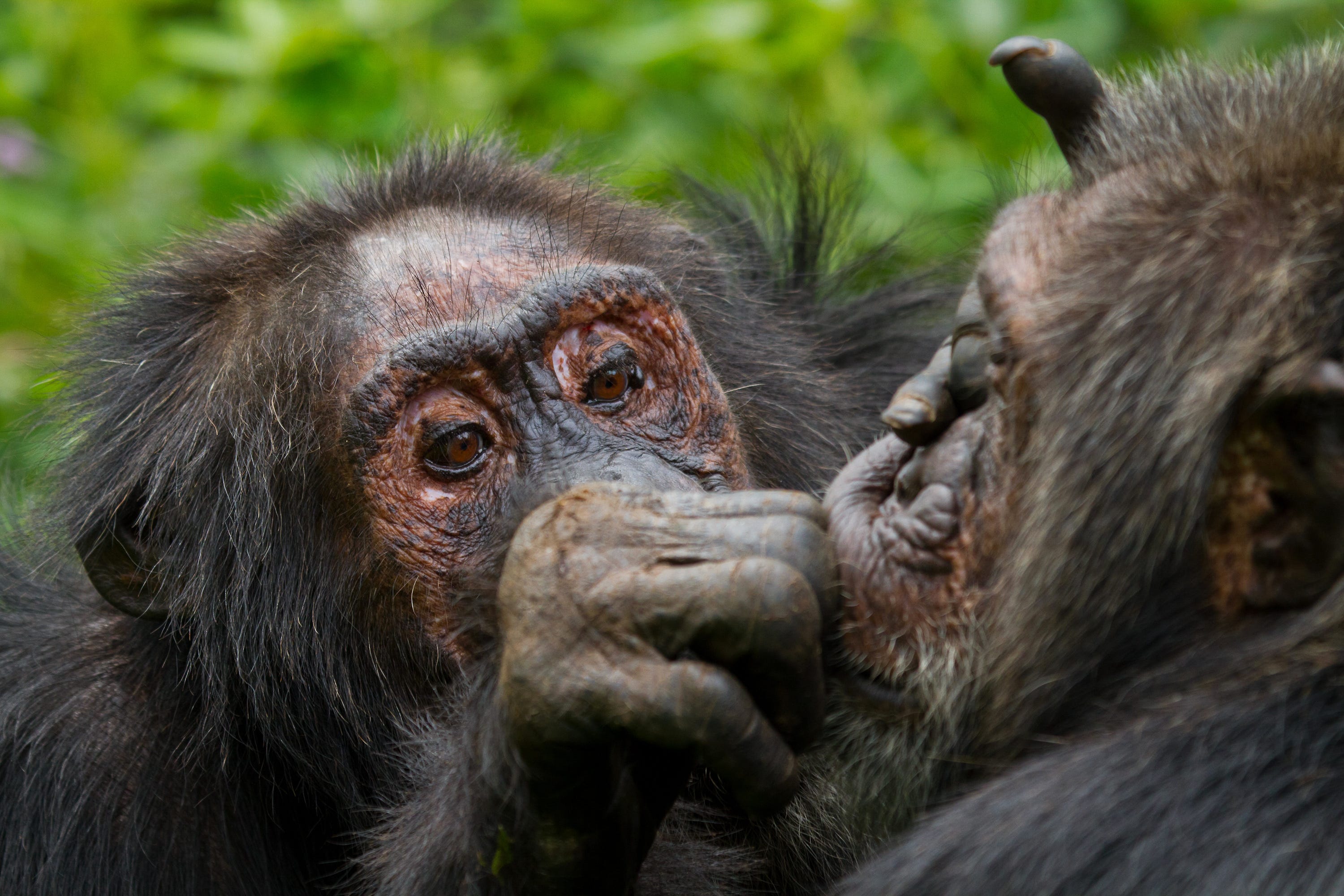 Male chimps may chill out in their old age

The new study also found that older chimps exhibited less aggressive behaviour when they interacted with their peers than younger chimps did.

As they aged, the males showed a preference for more positive interactions â€” grooming a friend without fighting, for example â€” than negative ones, which could explain why they tended toward more mutually beneficial friendships.

“We hypothesize that the changes we see in chimpanzees are due to shifts in emotional reactivity, and we would like to test this as a next step,” Rosati said.

Emotional reactivity refers to a tendency toward strong, uncontrollable emotional reactions. For example, Rosati added, younger chimpanzees get pulled into fights during social events, “whereas the older chimpanzees may be able to regulate themselves and not get drawn into the fray.”

Stabilizing their emotions, the study authors wrote, serves ageing chimps well: It can help them form cooperative alliances with younger males and may improve mating chances later in life.

But not all primates act this way, Rosati said: “For example, some monkey species seem to show withdrawal or more negative behaviours during ageing, rather than the positive shift we found in chimpanzees and which is seen in humans.” 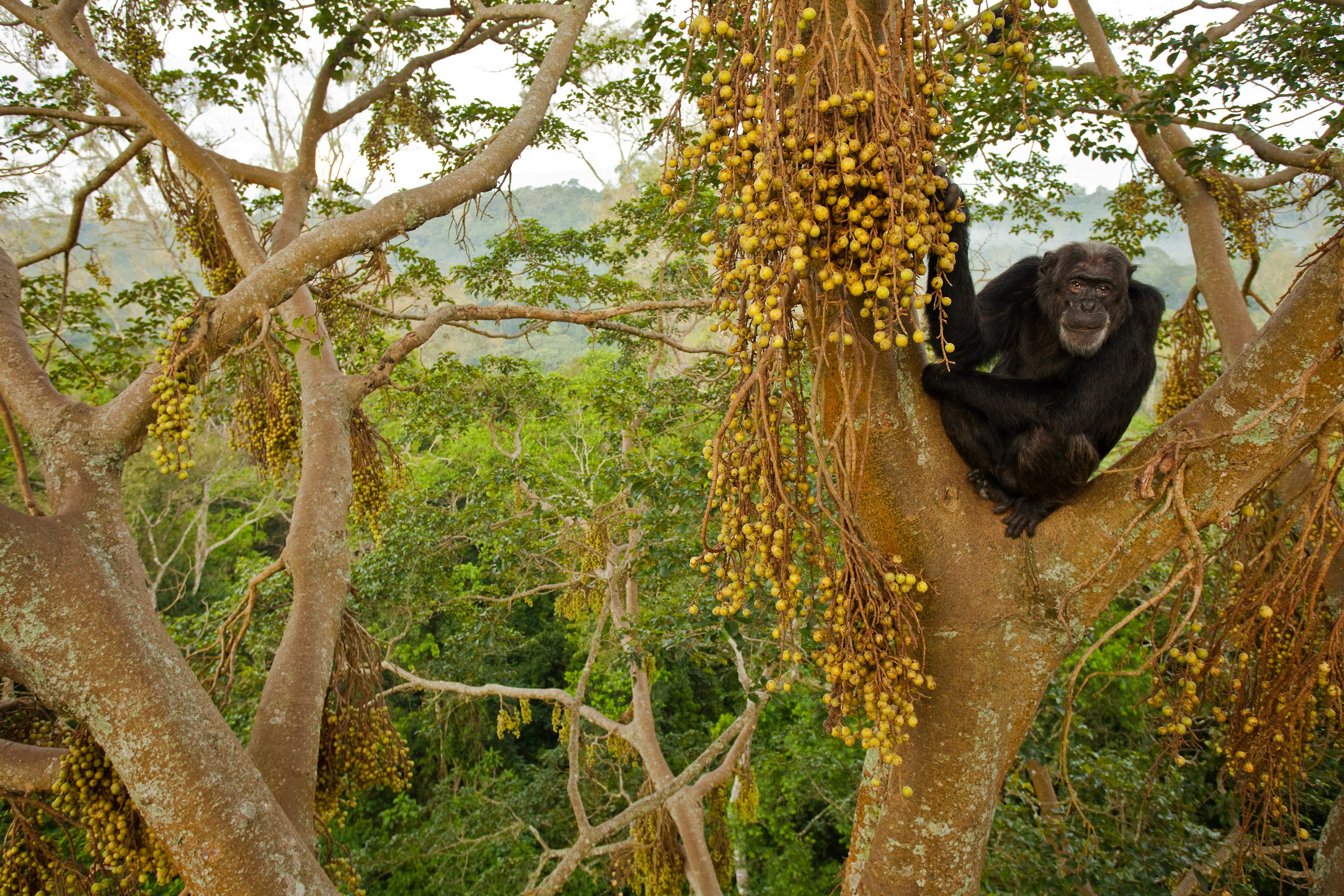 Rosati said she’d like to see whether similar trends can be found in other species with long lifespans and complex social behaviour, like bonobos or dolphins. Her team also hopes to investigate friendships between female chimpanzees, which are less social than males, to see if they find the same pattern.