Chick-fil-A is rolling out 3 new menu items, and the launch process reveals what sets it apart from other fast-food rivals 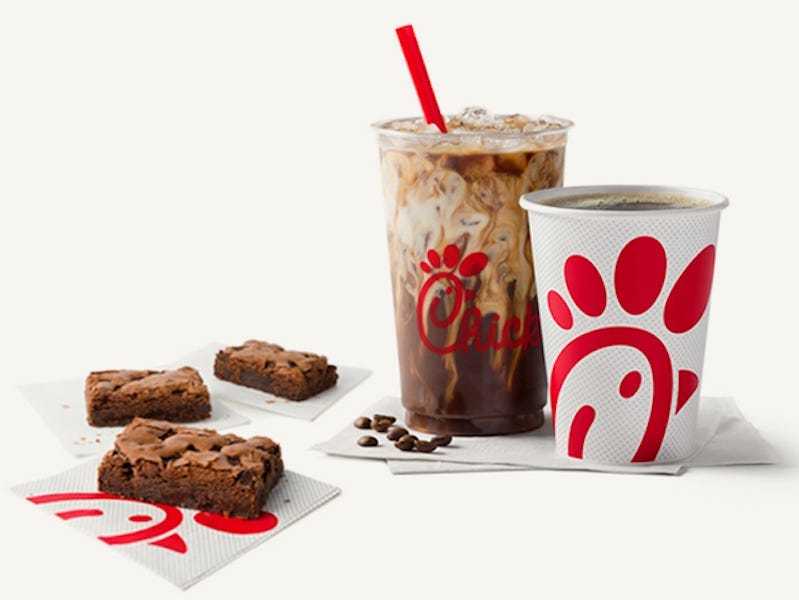 All three will be available at restaurants nationwide on September 14. The brownie and coffee are permanent additions, while the Mocha Cream Cold Brew will be on menus for a limited time only.

The brownie comes individually wrapped but can also be ordered on a catering tray. The Mocha Cream Cold Brew includes cold-brewed coffee, sweetened cream, and chocolate-flavored syrup. And, the new blend of coffee from Thrive Farmers is meant to be milder than the previous iteration.

New menu items are relatively rare for the chicken chain. As Business Insider’s Kate Taylor reported in 2019, it typically takes between 18 and 24 months for a new item to be added to the menu as each goes through a series of prototypes and tests. It’s a distinctive approach in an industry known for a high volume of stunt menu items.

“Something sort of has to earn its place on the menu. We have a high bar … because of how we prepare [our food] and because we still want to serve it quickly,” Amanda Norris, the executive director of Chick-fil-A’s menu, told Business Insider last year.

The brownie was first tested at Chick-fil-A locations in the Bay Area, South Florida, and Richmond, Virginia, at the beginning of 2019. The Mocha Cream Cold Brew was tested at restaurants in Colorado and Wyoming.