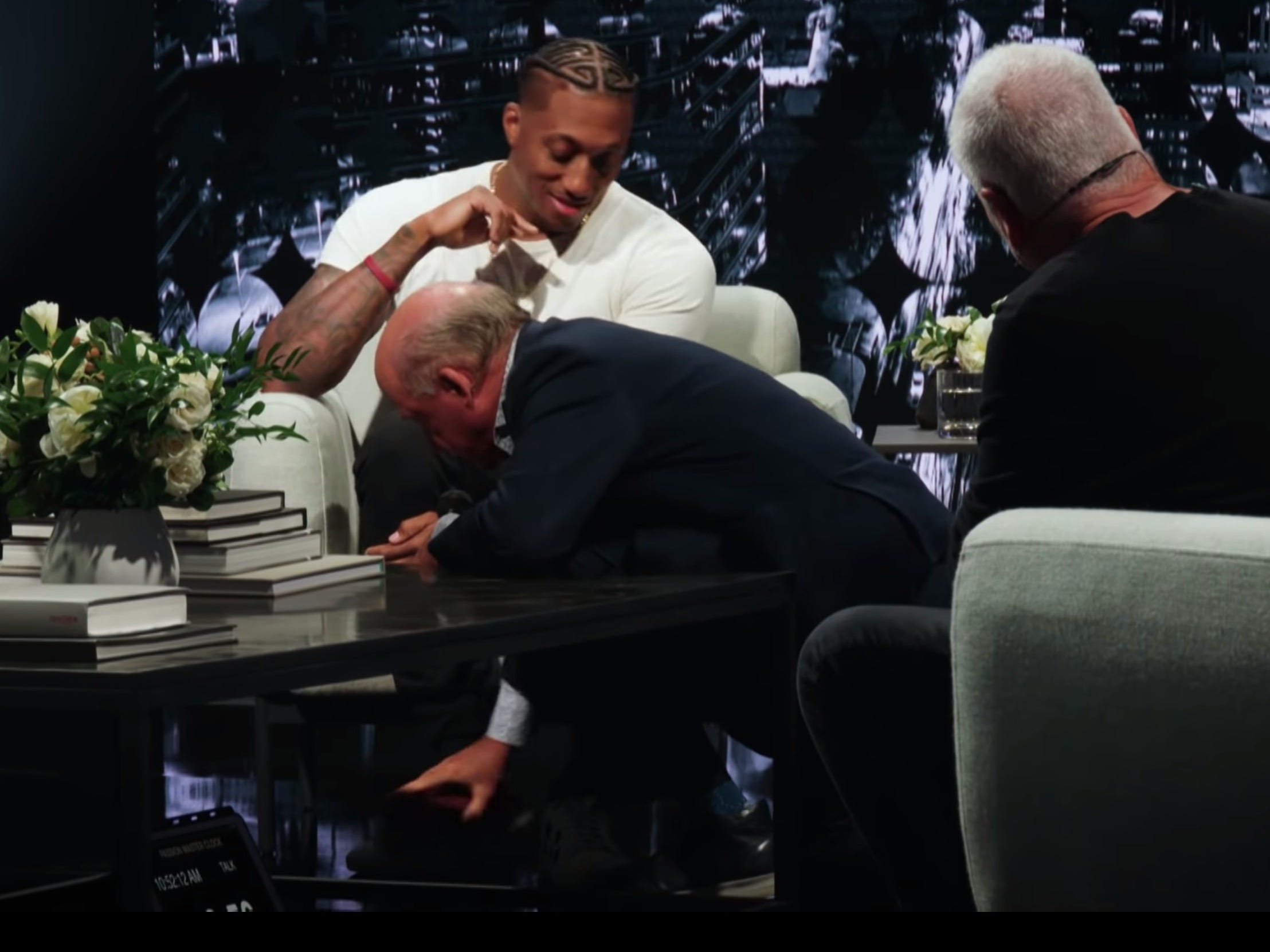 People are calling out Chick-fil-A CEO Dan Cathy for a strange gesture of repentance.

During a discussion about repentance and shame regarding racism at a June 14 roundtable discussion at Passion City Church in Atlanta, Georgia, the fast-food chain CEO got up and shined the shoes of Lecrae, a Black Christian rapper, and said that the world needs to have a sense of shame, embarrassment, and “an apologetic heart.”

As he discussed repentance and understanding, Cathy took out a shoe-shine brush and knelt beside Lecrae.

“I invite folks to just, to put some words to action here,” Cathy said as he shined Lecrae’s shoes. “And if we need to find somebody that needs to have their shoe shined, we need to just go right on over, and shine their shoes.”

The Cathy family, which owns Chick-fil-A, cites Christian values as part of their philosophy guiding their leadership of the company. For example, Chick-fil-A founder Truett Cathy, Dan Cathy’s father, and other executives used to hold weekly nonmandatory devotionals in the Chick-fil-A headquarters and the chain does not open Sundays, which is considered the Lord’s Day in the Christian Church. Chick-fil-A had previously come under fire for donations to the Fellowship of Christian Athletes and the Salvation Army, two groups that have been criticised by LGBTQ advocates.

“We will be faithful to Christ’s lordship in our lives,” the covenant says. “As committed Christians we will live a life of selfless devotion to His calling in our lives.”

In a LinkedIn post that was shared on the Chick-fil-A website, Cathy previously described the ways Chick-fil-A is helping to rebuild and donate resources to what he described as “the most distressed zip code in Georgia.” Cathy later added in the roundtable that he bought about 1,500 shoe-shine brushes for different Chick-fil-A employees a few years ago.

To some critics, the message fell flat. Following the publishing of the discussion, some people took to social media to voice their opinions.

Some seemed to take issue with the overall bizarre nature of the gesture.

BREAKING NEWS: Chick-fil-A CEO makes bizarre plea for white people to repent for racism by 'shining a black stranger's shoes' – after a dozen of his stores were vandalized during George Floyd & Rayshard Brooks protests. Find a black person & 'go right on over & shine their shoes'

Others called Cathy out for virtue signalling

Has Dan Cathy lost his mind? I’m sure this virtue signaling act will bring the races together. “Chick-Fil-A CEO: White People Should Shine Blacks’ Shoes to Show ‘Sense of Shame,’ ‘Embarrassment’ for #Racism” https://t.co/btT6RoTSKK

Some people seemed to find the gesture overly racist

And others suggested that the CEO do something more substantial for the Black community, like make donations

My message to the Chick-Fil-A CEO who early today said white people should shine the shoes of black Americans. pic.twitter.com/FQrEojRWH8