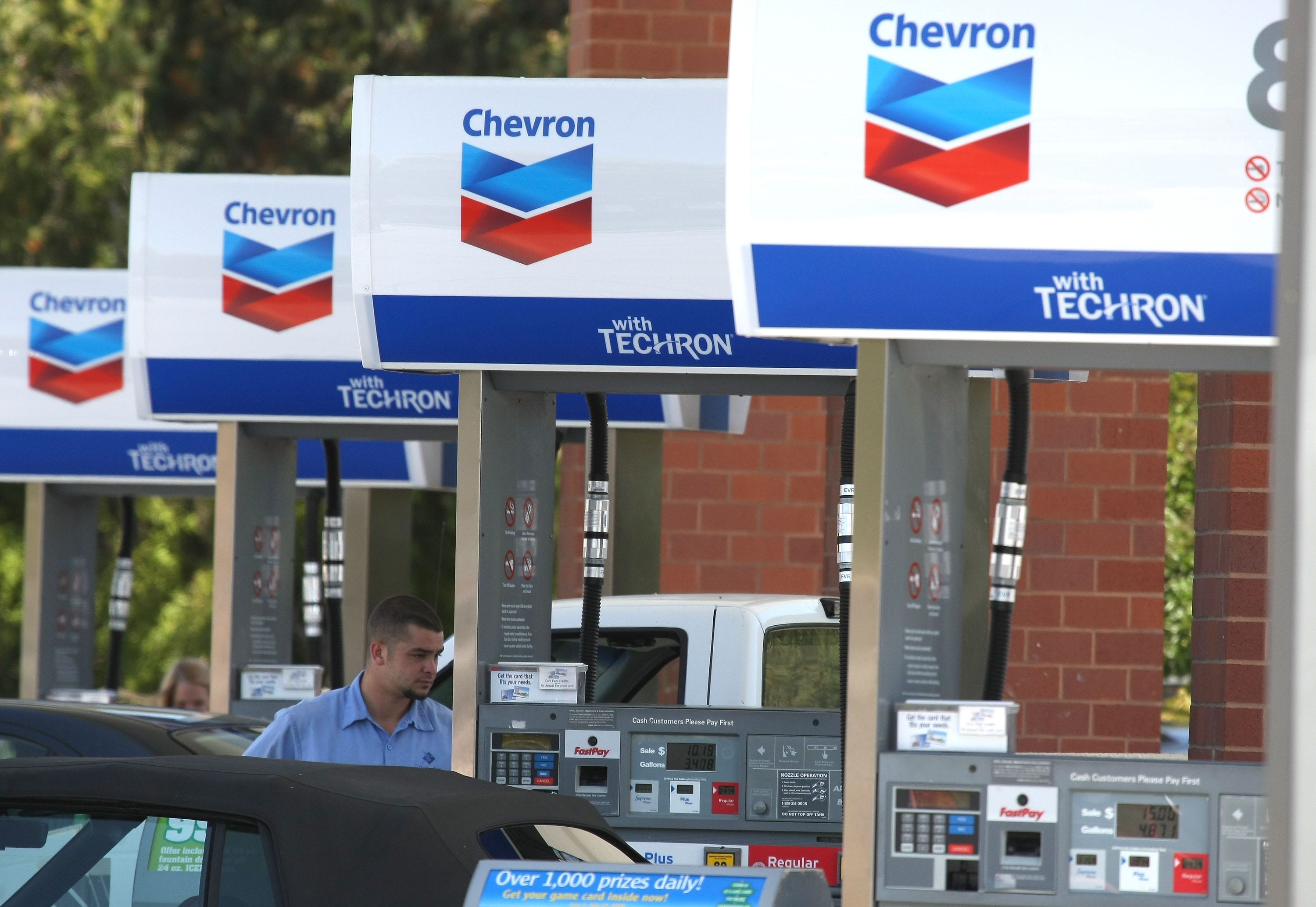 Chevron surpassed Exxon in market value Wednesday, becoming the largest oil company by market cap in the US. This is the first time Chevron has been in the top spot since at least 1980, according to Bloomberg data.

The milestone is more about Exxon’s decline than it is about Chevron’s ascent, because the entire oil industry has been battered by a fall in crude prices sparked by the coronavirus pandemic.

Exxon’s market value has fallen more than 50% since the start of the year, settling at $US141.6 billion at market close Wednesday. Chevron’s value is down about 39% to $US142.0 billion. Meanwhile, the broader S&P 500 has risen almost 6% in the same period.

Exxon’s stock has faced pressure from a number of events including its ousting from the Dow Jones Industrial Average in August and two consecutive quarters of loss. The company also has a high dividend yield, signalling that it may be forced to cut its prized payout in the coming weeks.

“Dividend sustainability remains top of mind at XOM,” Goldman Sachs analysts said in a late-September note, “with mixed views on how the company will ultimately move forward on the dividend.” 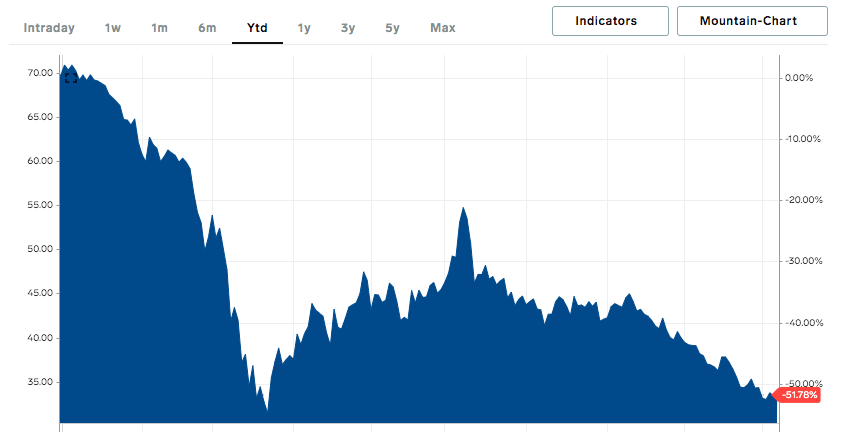 Markets InsiderExxon’s market value has fallen more than 50% from the start of the year.

While Chevron has faced similar challenges â€” it reported an $US8.3 billion loss in the second quarter â€” some analysts consider it a more resilient pick when oil is cheap. Chevron also has a stronger balance sheet than Exxon, according to a note published in early September by Goldman Sachs.

Chevron’s stock also got a boost when the company announced in July it would acquire gas-producer Noble Energy.

The energy sector has underperformed every other industry in the S&P 500 this year, forced down by a collapse in oil prices in March. The price of Brent crude, the international benchmark, is down about 36% from the start of the year.

Do you have information concerning Exxon or Chevron? Send tips to this reporter at [email protected] or through Signal/text at 1-646-768-1657.

Exxon was once the world’s largest company

Seven years ago, Exxon was the largest company in the world by market value. It was worth almost half a trillion dollars by mid-2014 when oil was trading above $US100 a barrel.

Exxon’s financial losses are tied to the recent collapse of oil markets. Plus, investor interest in fossil fuel companies at large is waning. In an August report, Bank of America said there’s a “cocktail of disincentives” to own oil stocks, including a focus among investors on sustainability. Relative to its rivals, Exxon has also taken on a massive amount of debt to grow oil production and cover its dividend, the Wall Street Journal reported. The company spent more than $US260 billion on capital expenditures between 2009 and 2019, The Journal said, and added $US45 billion in debt.

Investors are now rewarding companies that are disciplined with their capital, Bank of America said. Goldman Sachs, which favours Chevron (CVX), said in late September that it has “expectations that CVX will implement strong capital discipline.”

After Exxon was cut from the 30-company Dow, Chevron was the only oil stock to remain.

This story was updated with the share price at market close.