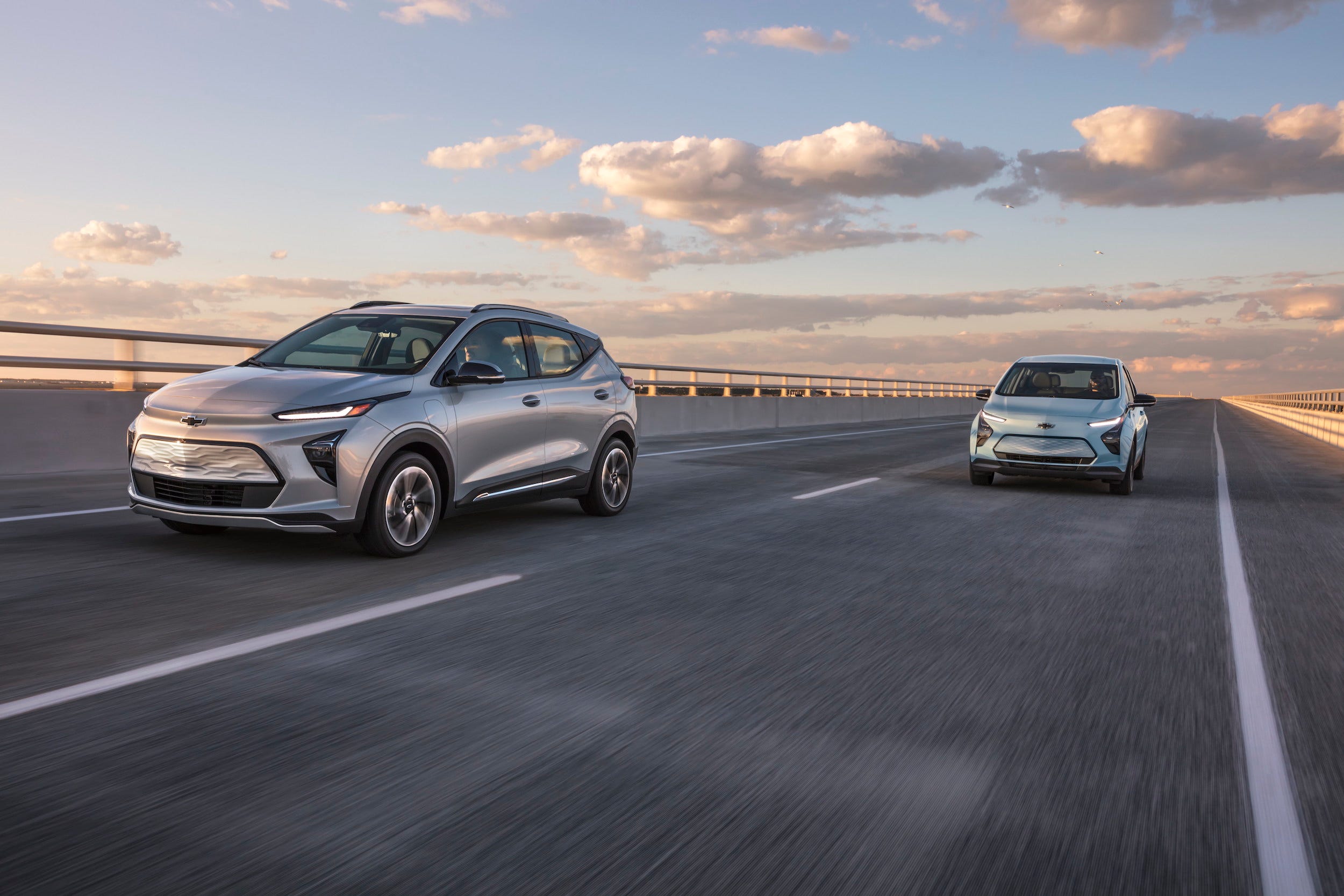 The benefits of electric vehicles are numerous: they’re better for the environment, need less maintenance, and have significantly lower fuelling costs than gas-powered vehicles. But, by and large, the good ones have been out of reach for the average consumer.

General Motors aims to change that with two surprisingly attainable battery-powered models it debuted on Sunday.

The refreshed 2022 Bolt EV hatchback will start at $US31,995, a more than $US5,000 price drop from the 2021 model. The base version of the new Bolt EUV crossover will cost $US33,995, making it the lowest-priced EV destined for the US’s most popular vehicle segment. 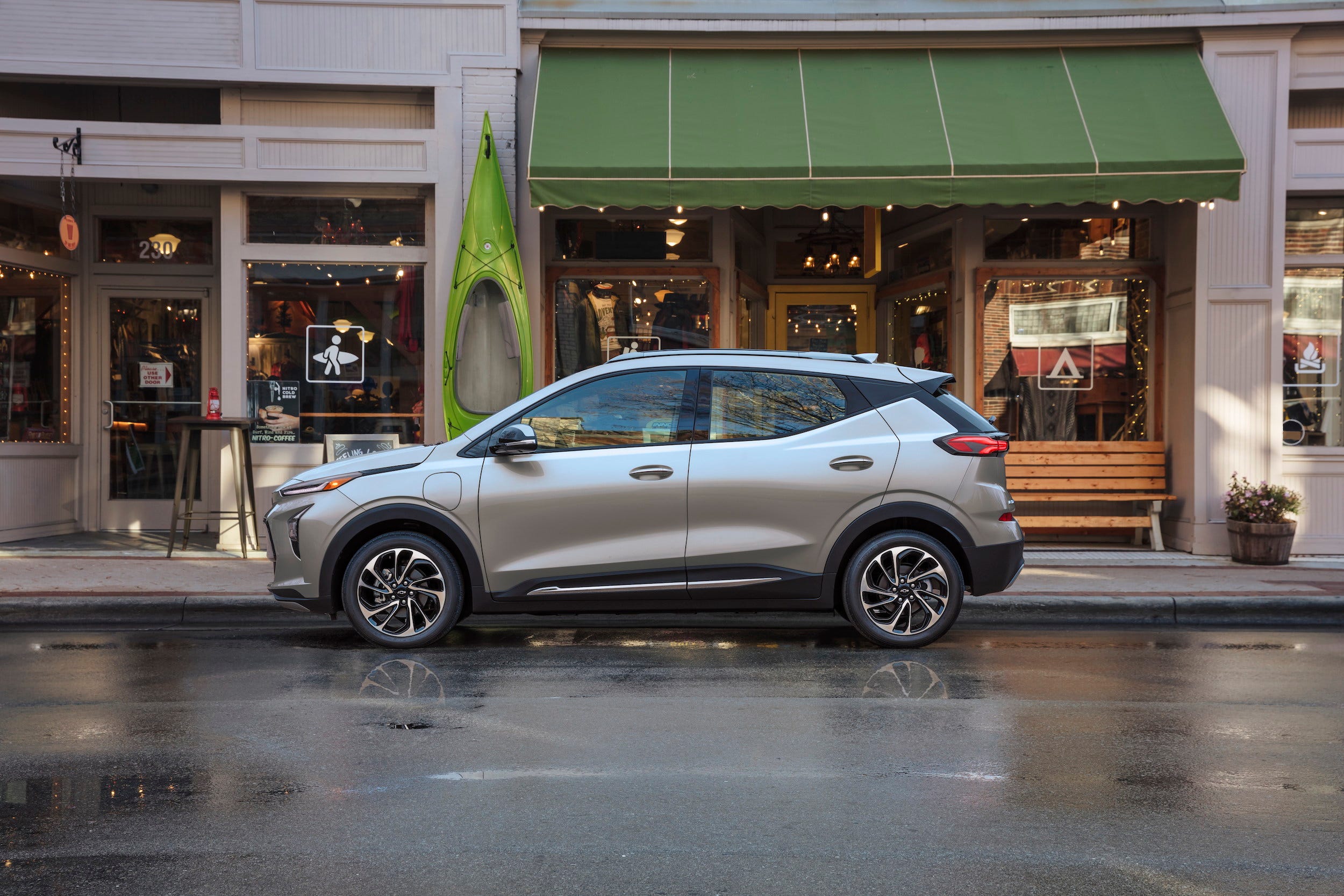 The most affordable compact electric crossovers on sale in the US already or coming soon â€” like the Volkswagen ID.4, Kia Niro EV, Hyundai Kona Electric, and Nissan Ariya â€” all push $US40,000. The Tesla Model Y, more of a luxury offering, starts at $US41,990.

Plus, remarkably, Chevy managed to knock thousands off of the Bolt’s base price without sacrificing range, one of the key factors shoppers weigh when choosing between EVs. The 2022 Bolt hatchback gets a claimed 259 miles per charge across all its trim levels â€” exactly the same as the outgoing model. 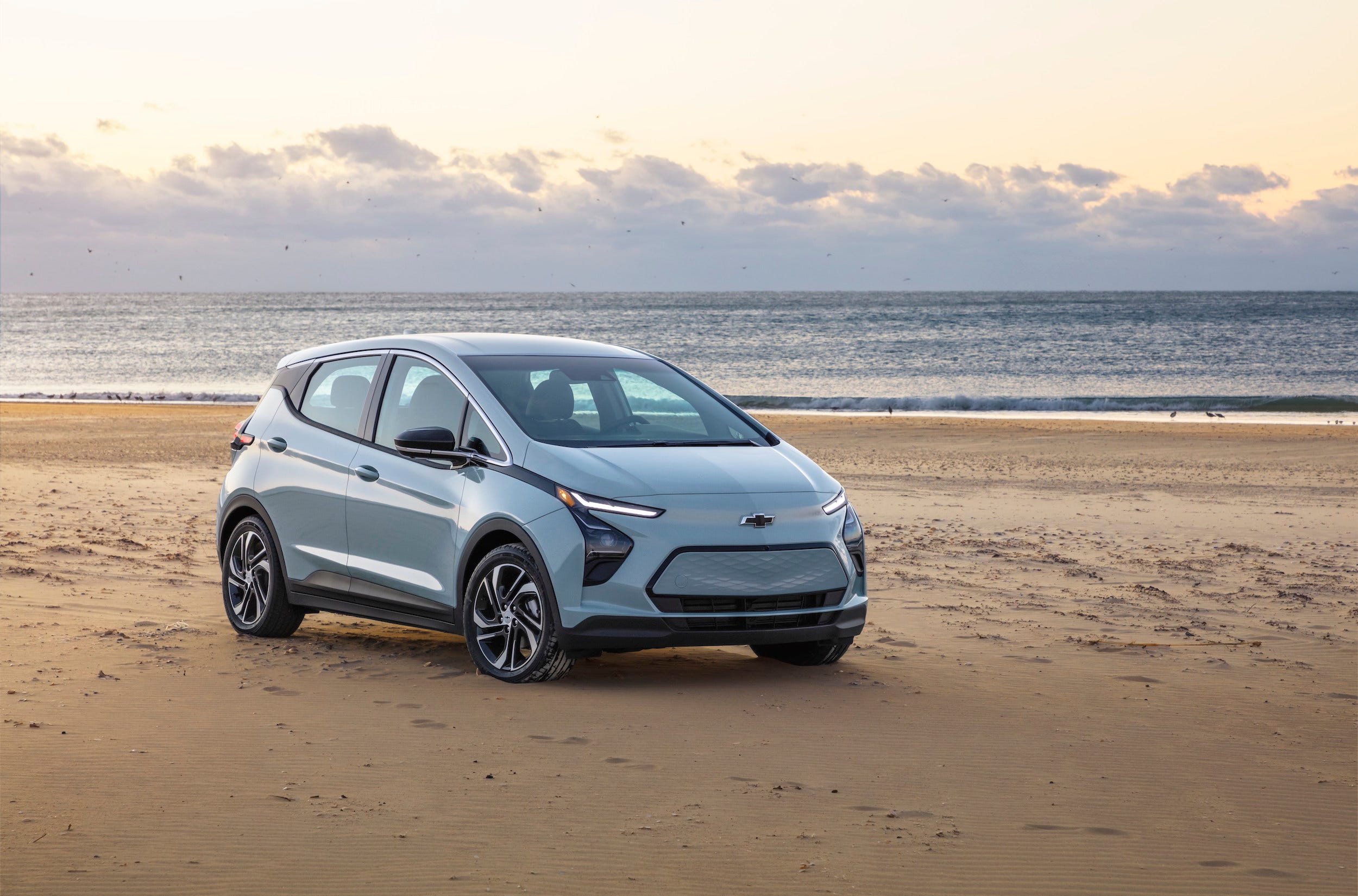 The new Bolt EUV promises to go 250 miles on a charge, as it’s slightly larger and heavier than the hatchback but shares the same 200-horsepower motor and 65 kWh battery pack. Using DC fast charging, the Bolt EV can recoup up to 100 miles of range in 30 minutes, while the EUV can add 90 miles in the same period.

Through a partnership with EV charger company Qmerit, Chevrolet said it will cover installation costs of Level 2 charging capability for eligible customers who buy or lease a Bolt EUV or EV. 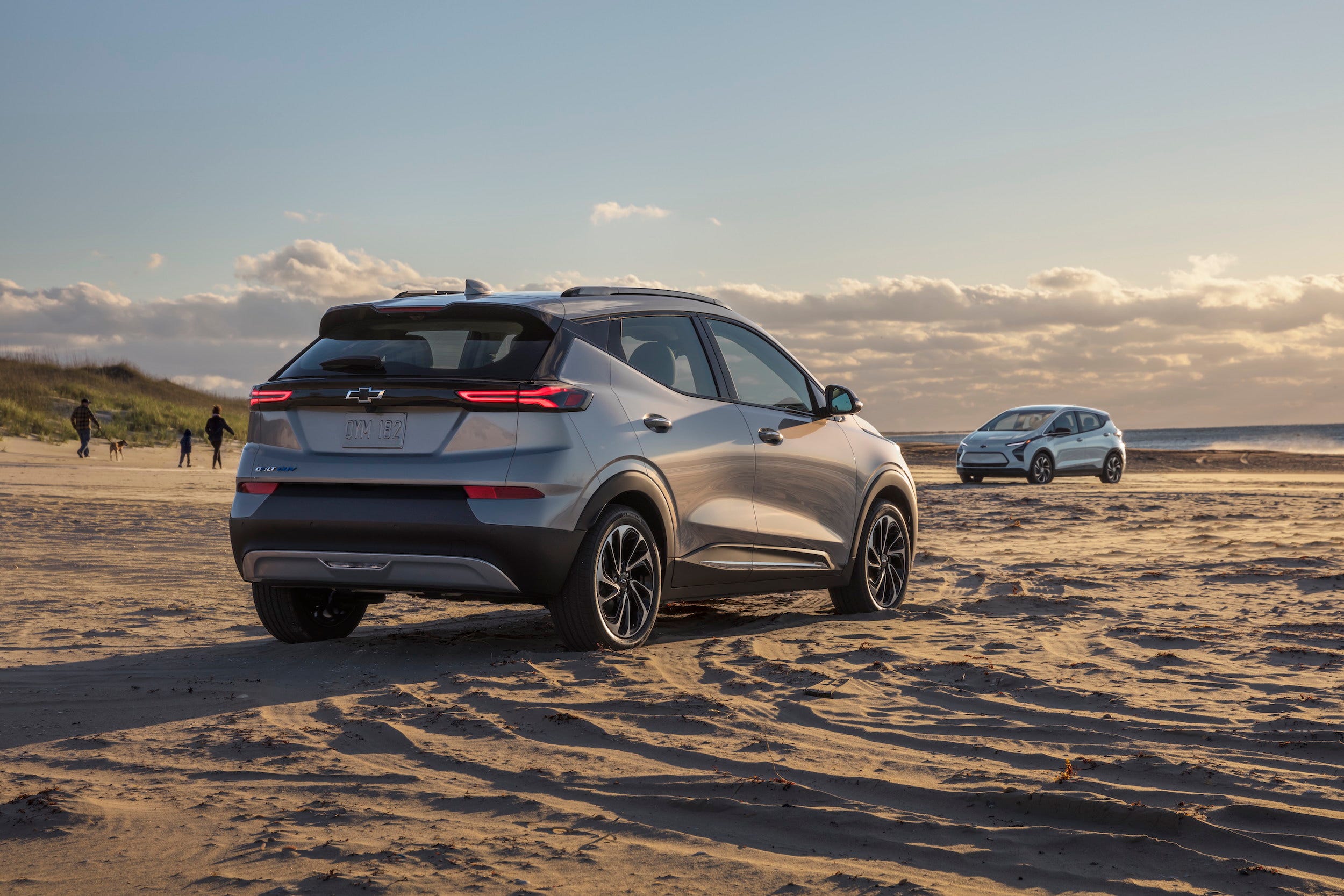 The key differences between the two models are their shape and size. The EUV has a more crossover-like profile and is slightly bigger than its sibling all around. It’s roughly six inches long, with the primary result being a few inches more legroom for rear passengers.

Strangely enough, the EUV actually has a touch less cargo room than the EV â€” both behind the rear seats and with them folded down.

The Bolt EUV also will be the first Chevy available with Super Cruise, GM’s driver-assistance system that rivals Tesla Autopilot. A $US43,495 Launch-Edition version of the EUV comes with Super Cruise and a sunroof, among other special add-ons. 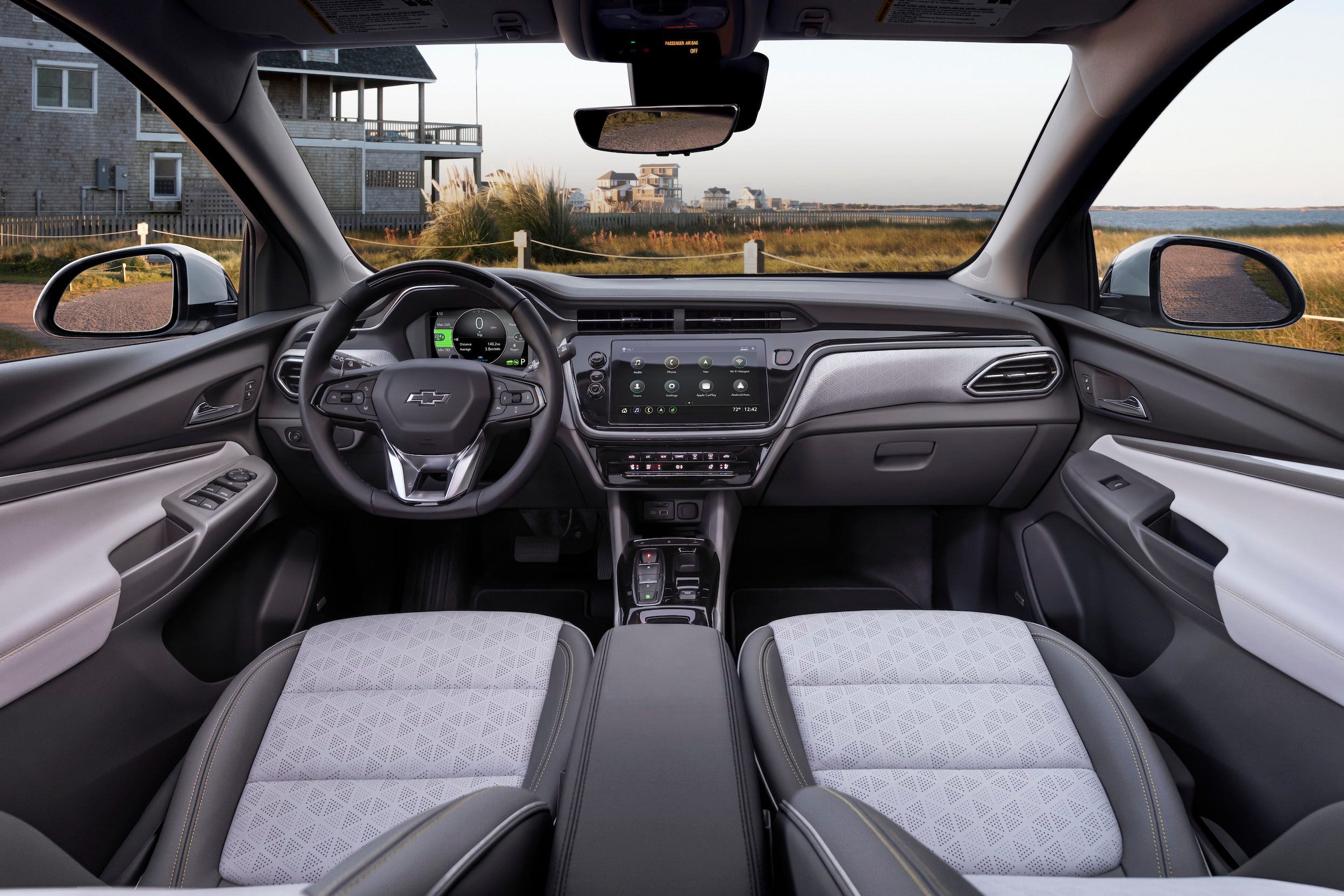 As for design, the new Bolt EV has the same egg-shaped body as its predecessor, but it comes in an overall much sleeker package. Both models get slim LED running lights and a textured panel in place of a grille. Inside, both vehicles have an 8-inch digital gauge cluster and a 10.2-inch centre touchscreen.

The 2022 Bolt EUV and Bolt EV will be available this summer, according to Chevrolet. Their launch comes as GM embarks on a massive electrification push that will see it introduce 30 electric models by 2025 and phase out the sale of gas-powered vehicles by 2035. 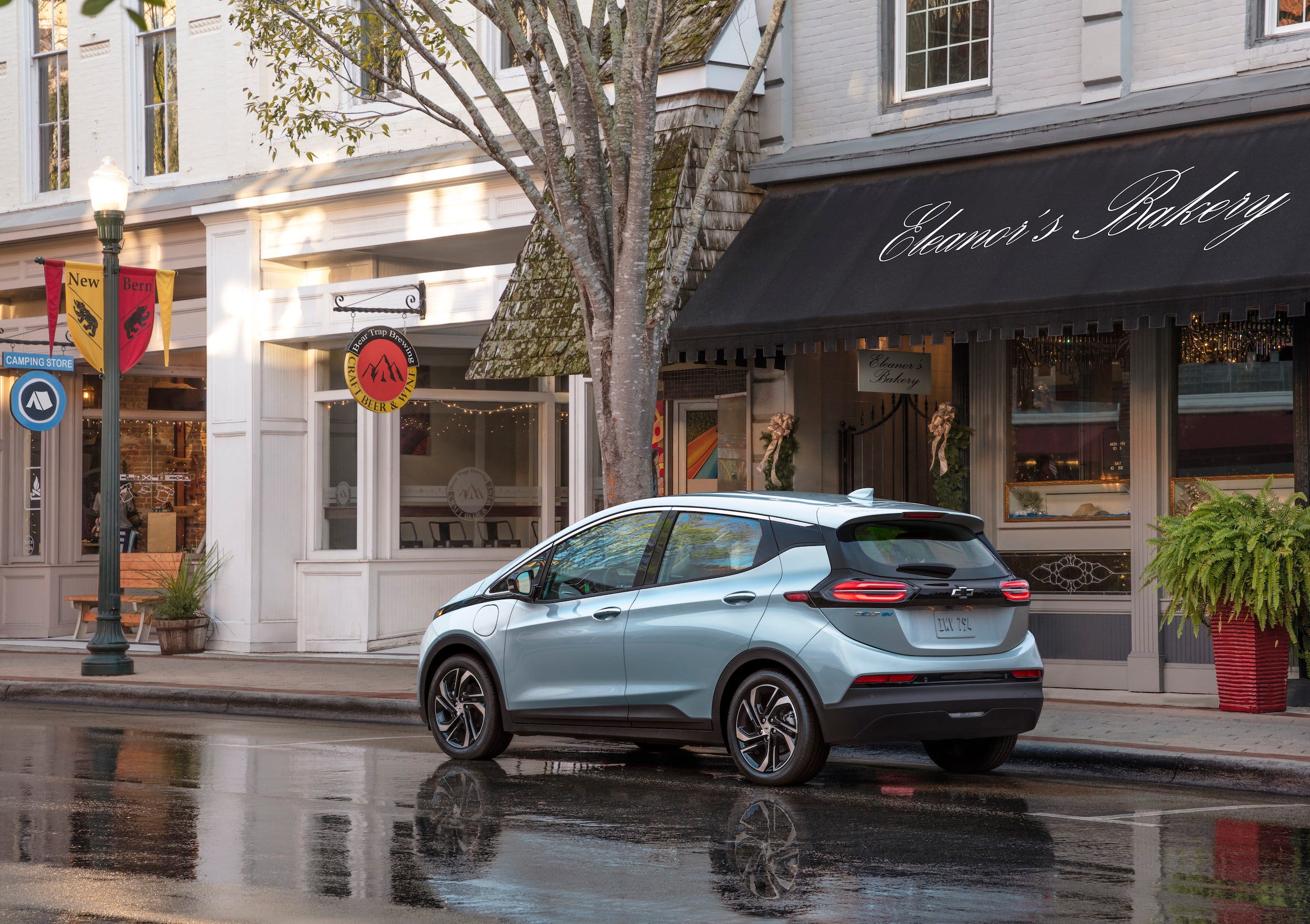 GM also plans to roll out luxury EVs like the Cadillac Lyriq and GMC Hummer EV in the near future, along with an electric Chevy pickup. Rumours have also swirled around a high-performance,Corvette-branded electric crossover.