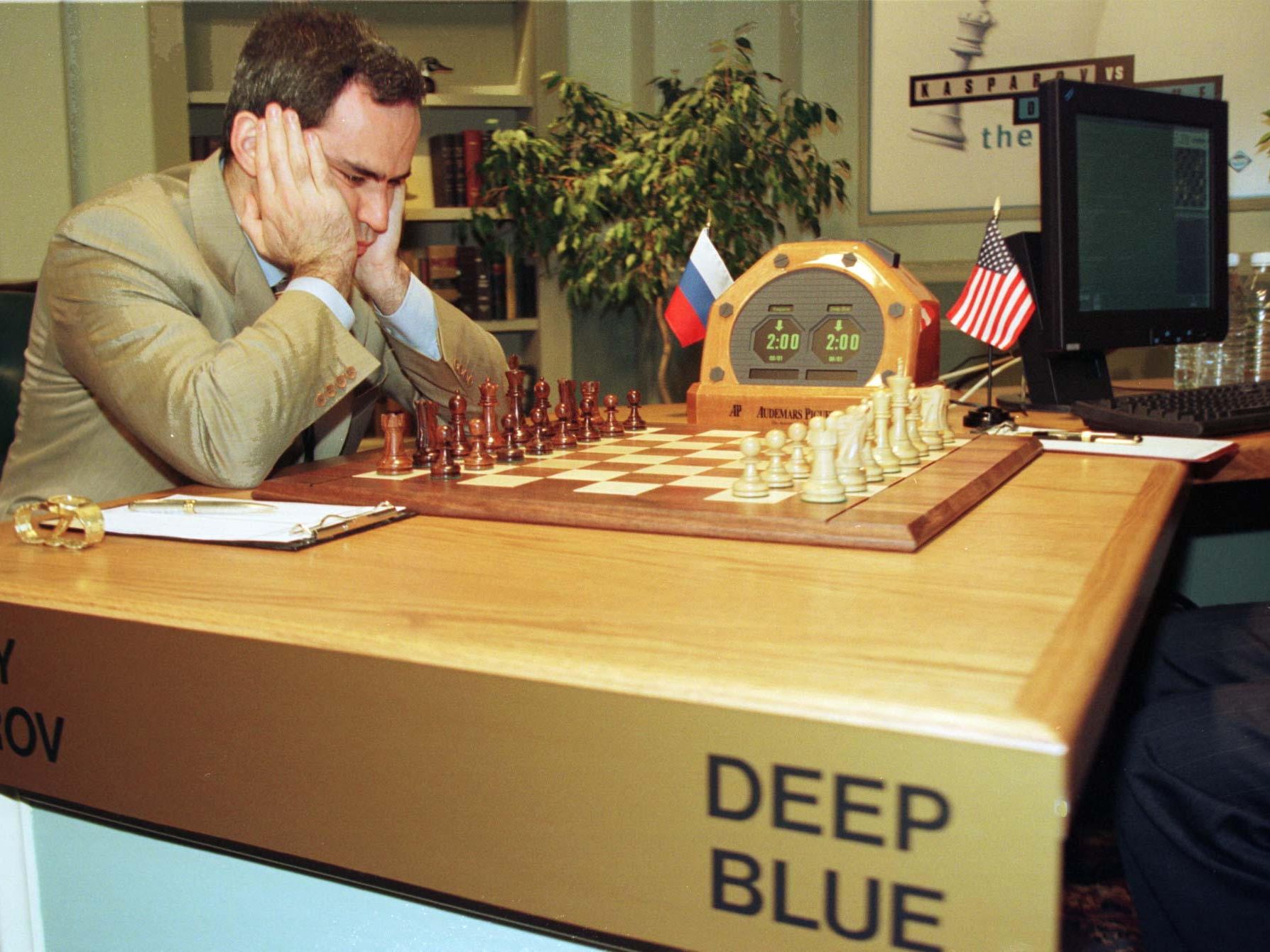 ReutersWorld chess champion Garry Kasparov studies the board shortly before game two of the match against the IBM supercomputer Deep Blue (R), May 4. This was only the second time in history that a computer program has defeated a reigning world champion in a classical chess format. The Russian grandmaster, who won game one May 3, lost game two after 45 moves and 3 hours and 42 minutes of play. Kasparov will play six games against Deep Blue in a re-match of their first contest in 1996.

Chess grandmaster Garry Kasparov says that when he was beaten by IBM’s Deep Blue supercomputer in 1997, he was “the first knowledge worker whose job was threatened by a machine.”

He warns that most Americans are next.

Kasparov gave a searing interview with WIRED’s Will Knight last week during an AI conference in New York. He repeatedly predicted that the rapid expansion of AI will threaten the majority of jobs in the US.

“For several decades we have been training people to act like computers, and now we are complaining that these jobs are in danger. Of course they are,” Kasparov said.

While Kasparov warned that 96% of jobs will be rendered obsolete by AI, the Organisation for Economic Cooperation and Development estimates roughly 14% of US jobs are at high risk of being automated, or roughly 66 million job losses.

Kasparov predicts that future jobs will revolve around helping AI operate better, describing the “human role as being shepherds.”

“People say, oh, we need to make ethical AI. What nonsense. Humans still have the monopoly on evil. The problem is not AI. The problem is humans using new technologies to harm other humans,” he added.