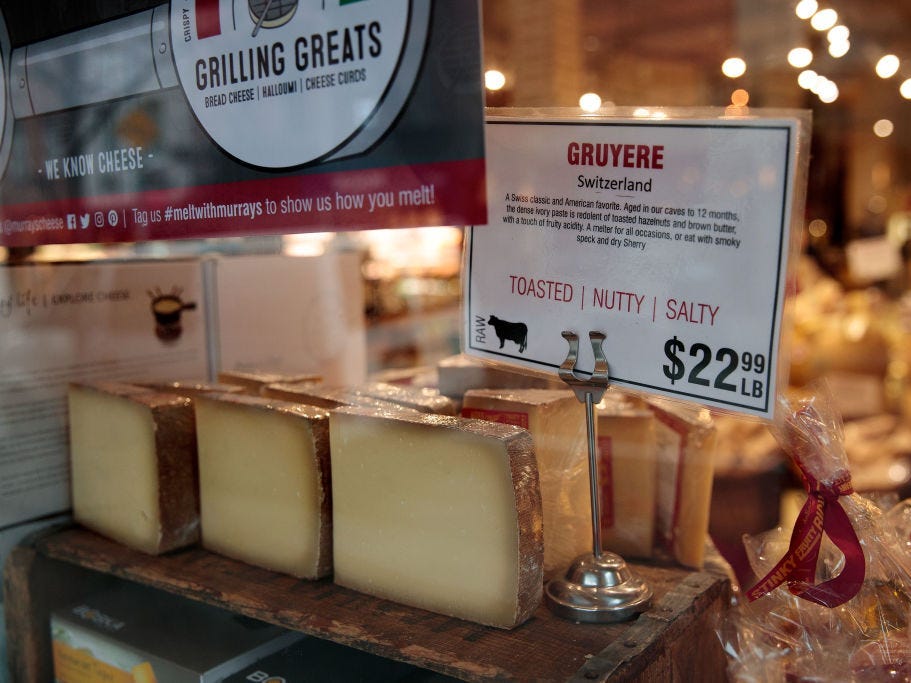 Drew Angerer/Getty ImagesA mass recall of cheese dips is underway in the US.

Grocery stores across the United States are recalling a tub-load of cheese dips after a salmonella outbreak tainted an onion crop and sickened hundreds.

The United States Food and Drug Administration posted six new food recalls on its website Wednesday. The recalls affect dozens of cheese dips and spreads sold between May 15 and August 6 at Kroger, Fred Meyer, Fry’s Food Stores, and Smith’s Food and Drug.

Each grocer said in its recall notice that they were informed of a salmonella-outbreak among the red, yellow, and white onions from Thomson International, Inc. on July 31.

The recall notices also said that after the various grocery stores removed the potentially-tainted Thomson International onions, they found that “several in-store made cheese dips may have used red onions from the produce department as an ingredient.”

Murray’s, Jarslberg, and deli cheese dips and spreads dominate the recall lists. Acquired by Kroger in 2017, Murray’s Cheese is a New York City-based cheese retailer. Meanwhile, Jarslberg cheese is a type of cheese that derives from Norway and Deli cheese refers to cheese that is sliced and served at grocery deli counters.

Each grocers’ recall notice said that “no customer illness have been confirmed to date” from the cheese dip and spread products. The salmonella outbreak that triggered the initial onion recall has sickened 879 people so far. The recalled onions were shipped to all 50 states and sold at grocery retailers like Kroger, Walmart, and Trader Joe’s.

Anyone who bought a recalled cheese dip or spread product from is advised to not eat the product, as it may contain salmonella. Consumers who have purchased recalled cheese dips can receive a refund from Kroger, Fred Meyer, Fry’s Food Stores, and Smith’s Food and Drug.