One chart shows how Trump's age, obesity, and other health factors increase his risk of a severe coronavirus infection 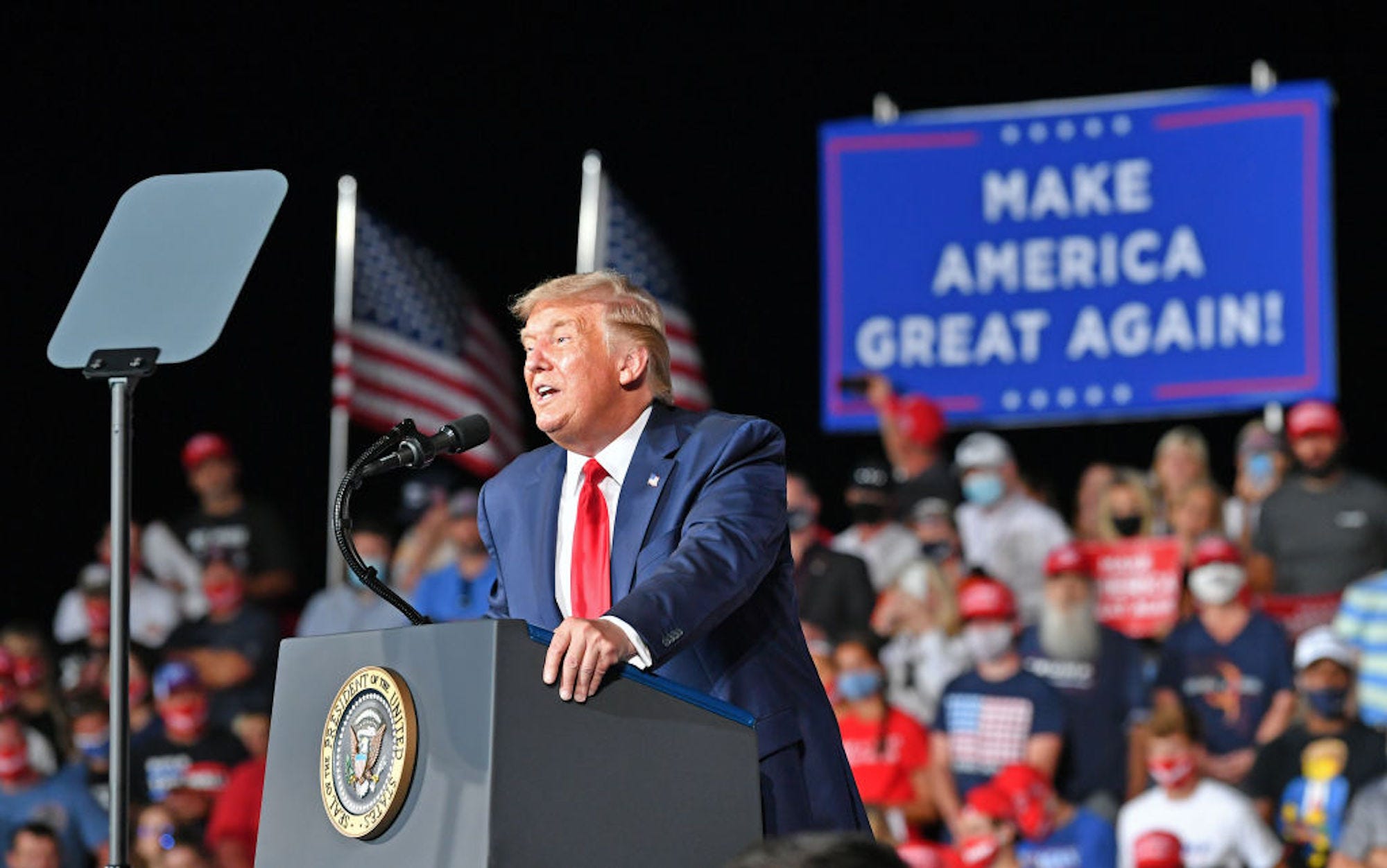 President Donald Trump announced Friday that he tested positive for the coronavirus. So far, his symptoms include a low-grade fever, nasal congestion, lethargy, and a cough, according to the New York Times.

But given that Trump is male, 74 years old, and obese â€” all factors that substantially increase his likelihood of hospitalisation and death from the coronavirus â€” questions are swirling about his risk of developing serious complications.

“The president’s profile would classify him as vulnerable,” Michael Head, a professor of global health at the University of Southampton, told Reuters.

The chart below summarises Trump’s main risk factors for a severe coronavirus infection.

Trump is in a high-risk category at age 74

At 74, Trump’s risk of dying from the coronavirus is 90 times higher than someone between 18 and 29 years of age. He also has five times greater risk of hospitalisation than someone from that age group, according to the Centres for Disease Control and Prevention.

The average fatality rate for a coronavirus patient Trump’s age is around 4.2%, according to Dartmouth researchers, though that study is still awaiting peer review.

Men in the US have been hospitalized with the coronavirus at a rate roughly 20% higher than women, based on CDC figures. An April study from Beijing researchers found that divide to be even starker: The researchers estimated that men died from the virus at more than double rate of women.

Scientists haven’t determined exactly why men’s mortality rates are higher, but at least one study found that women develop a more robust T-cell response to the coronavirus than men, which may help their immune systems better identify and destroy an invading pathogen. Another study recently suggested that men experience higher levels of inflammation in response to the virus, which could trigger a more severe outcome.

Worse outcomes among men could also having something to do with behaviour: Scientists have noted that, on average around the world, men often eat less nutritiously than women do and are more likely to smoke cigarettes. Others have suggested that men may take precautionary measures â€” like mask-wearing, physical distancing, or hand-washing â€” less seriously, which could increase their chances of exposure. 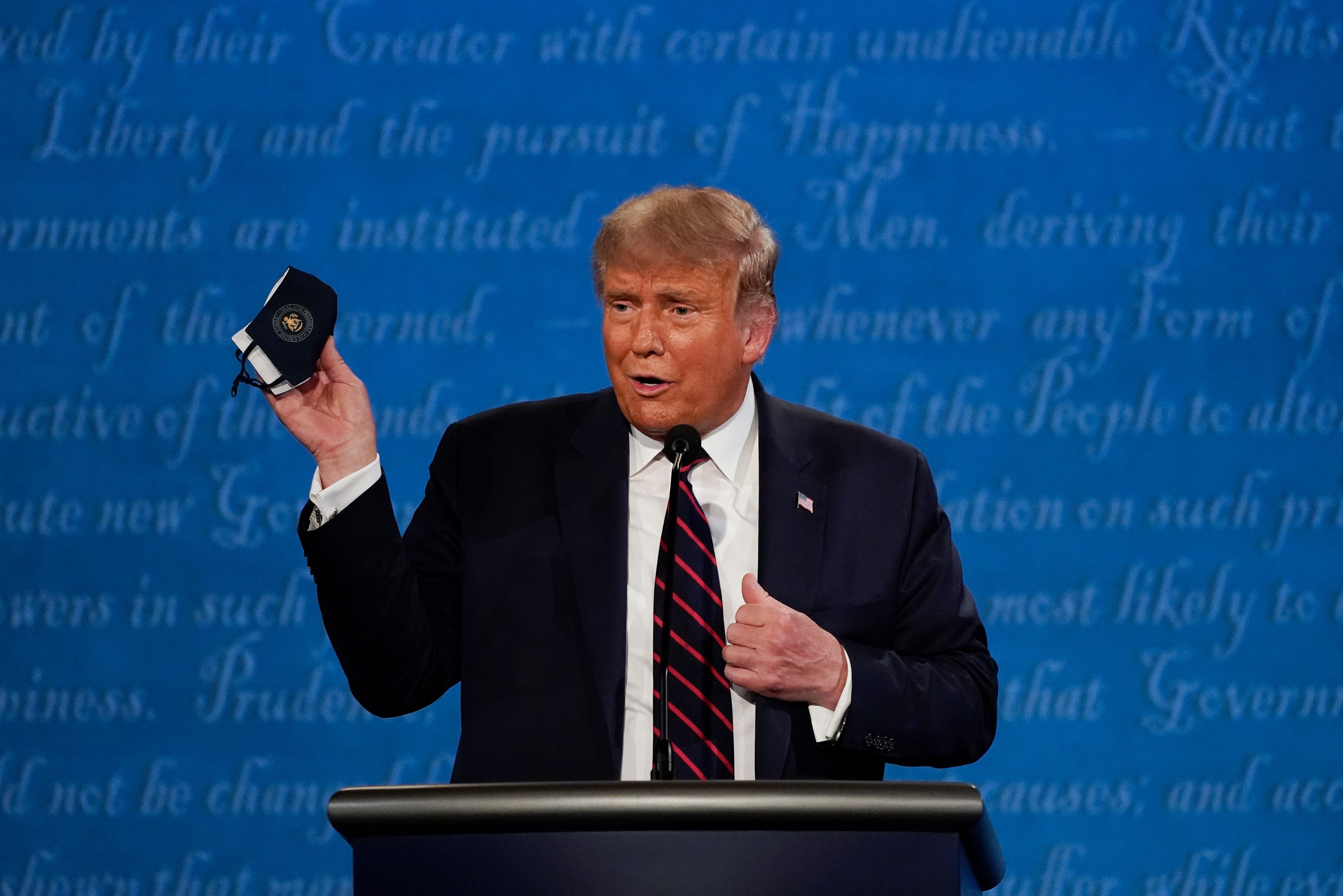 Trump’s weight puts him in the obese category

Trump weighed 244 pounds as of his June physical. At 6 feet 3 inches, that puts his body mass index (BMI) just above 30 â€” placing him in the obese category, according to the CDC.

Obesity often comes with other health risks, including chronic inflammation, blood clotting, and an impaired immune response. It’s also associated with a higher likelihood of diseases like diabetes, heart disease, and lung disease â€” all of which makes it a risk factor for severe COVID-19 cases.

Trump is on the lower end of the obesity spectrum, but research shows that COVID-19 patients with moderate obesity had more than double the risk of being hospitalized than patients without the condition. Their risk of dying was also nearly 50% higher. 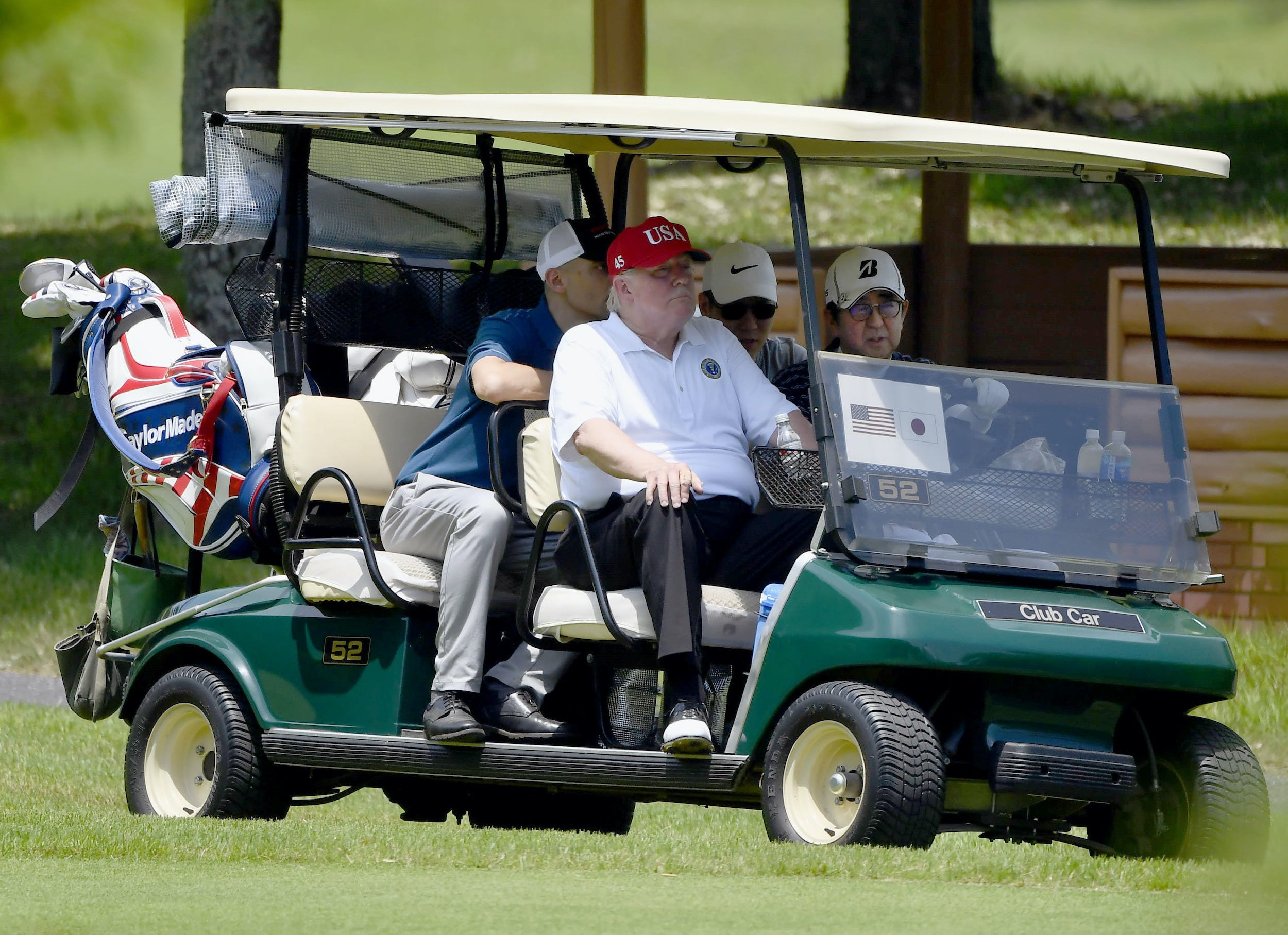 Kyodo News Stills via Getty ImagesPresident Trump sits next to Japanese Prime Minister Shinzo Abe in a golf cart at Mobara Country Club in Chiba Prefecture, near Tokyo, Japan, on May 26, 2019.

Exercise is likely a protective factor against the coronavirus (and many other diseases as well): Research has shown that regular exercise could prevent people from getting acute respiratory distress syndrome, one of the top causes of COVID-19 death.

A recent study found that the odds of a coronavirus patient being hospitalized were 1.5 times higher for those with sedentary lifestyles than those who exercised regularly.

Trump has been very active with campaigning in recent months, but his overall lifestyle has been quite sedentary since he took office, according to medical experts. The president doesn’t exercise apart from playing golf, and spends much of his time sitting in meetings and in transit, the New York Times reported.

Trump has a history of high cholesterol

Trump’s latest medical report shows his total cholesterol level is 167 milligrams per deciliter. That’s within a healthy range, according to the Journal of the American College of Cardiology, but the president has struggled with elevated cholesterol in the past.

In 2018, his LDL cholesterol level â€” the kind most associated with an increased risk of heart disease or stroke â€” was 143 milligrams per deciliter, and his overall cholesterol level was 223 milligrams per deciliter. Both of those measurements are “borderline to moderately elevated,” according to The Journal of the American College of Cardiology.

The death rate for coronavirus patients with high cholesterol is nearly three times higher than the rate for patients with normal cholesterol, according to a recent study published in the Journal of the American Medical Association. That research looked at 3,300 COVID-19 patients admitted to the ICU, and found that high cholesterol levels were the second-most-common preexisting medical condition among patients, after hypertension.

However, Trump takes statins, drugs that lower cholesterol levels, according to his latest medical report. Studies have shown that statins can lower the risk that someone develops a severe case of COVID-19.