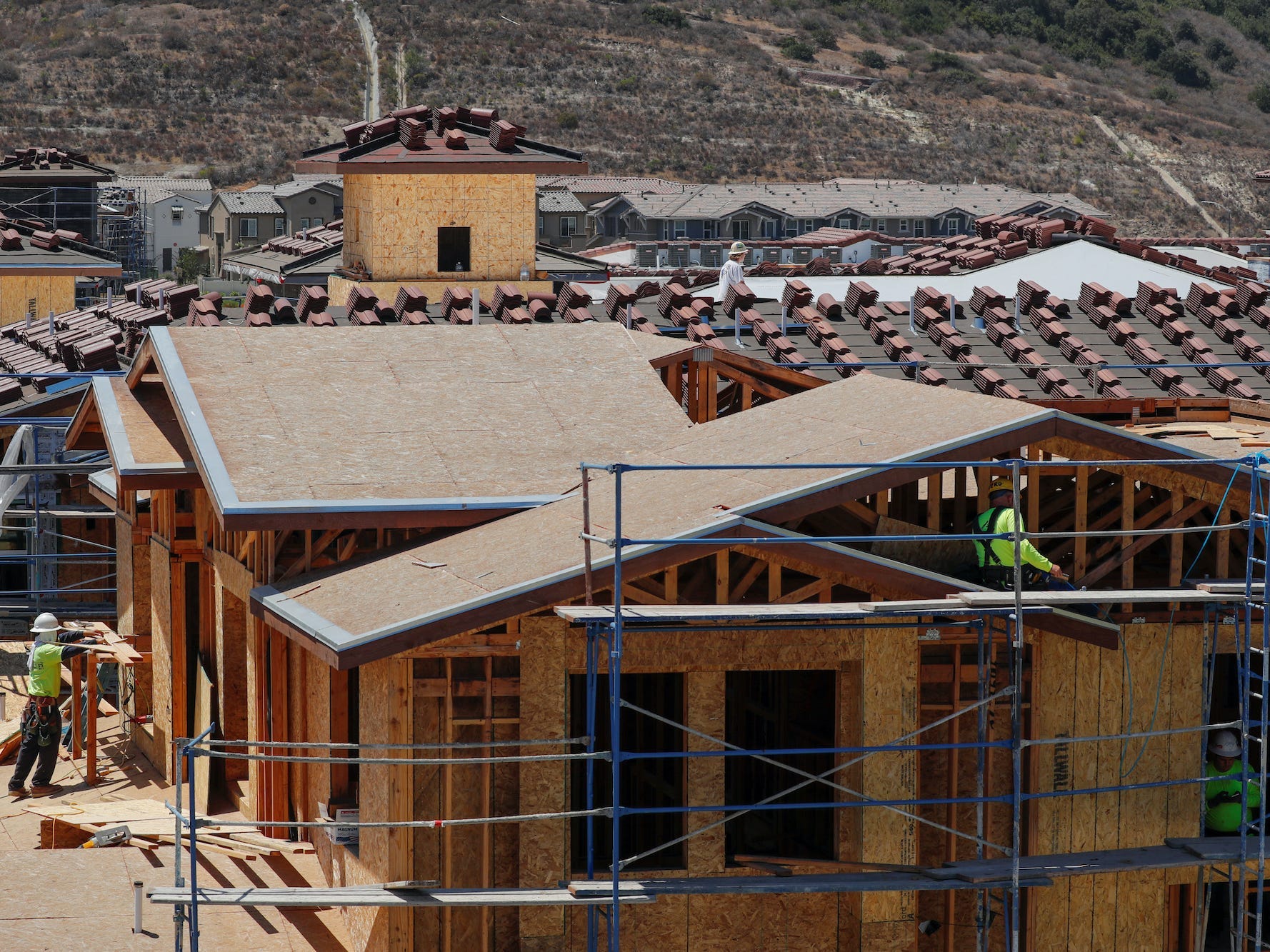 REUTERS/Mike BlakeDevelopment and construction continues on a large scale housing project of over 600 homes in Oceanside, California, U.S., June 25, 2018.

Privately-owned housing starts saw another month of gains in July, after a massive downturn earlier in the spring during the early days of the pandemic.

US housing starts increased by 22.6% from a revised 1.22 million in June to 1.5 million in July. This is also a 23.4% year-over-year increase from last July’s new housing construction of 1.21 million.

Even though this number is the highest monthly figure since housing starts tumbled 26.4% between March and April, it is still lower than historical levels. Before the pandemic even hit, housing starts were below figures reported in previous decades.

The following chart highlights housing starts of privately-owned homes from January 1990 to July 2020. During this time period, new construction peaked at the top of the mid-aughts housing bubble in January 2006 at 2.3 million:

The bubble of rising housing prices during the mid-aughts contributed to this increase in new homes being built at such high rates. The Centre for Economic and Policy Research predicted that after the housing bubble burst, there would be a drop in construction similar to the recession in the early ’80s. Since then, housing starts have not been able to climb back up to such high levels.

The chart shows that despite a growing population – the US population increased by 6.1% from 2010 to 2019, according to the Census Bureau – new housing construction has been low in recent years. After declining from January 2006, housing starts mainly climbed back up since the end of the Great Recession until last January, which had 1.6 million housing starts. Housing starts then fell during the coronavirus pandemic.

A pre-coronavirus analysis by the National Association of Home Builders looked back at single-family and multifamily housing starts over the past decades. The author said that housing construction couldn’t meet demand after the Great Recession, and that during the 2010s “low levels of production also occurred with falling vacancy rates, declining housing affordability, and rising building costs.”

Carmen Reinicke reported in May after housing starts dropped to 934,000 in April from 1.3 million in March that Joel Kan, the Mortgage Bankers Association’s associate vice president of economic and industry forecasting, said “tight” housing supplies and job losses in the sector may mean a slow rebound in housing construction.