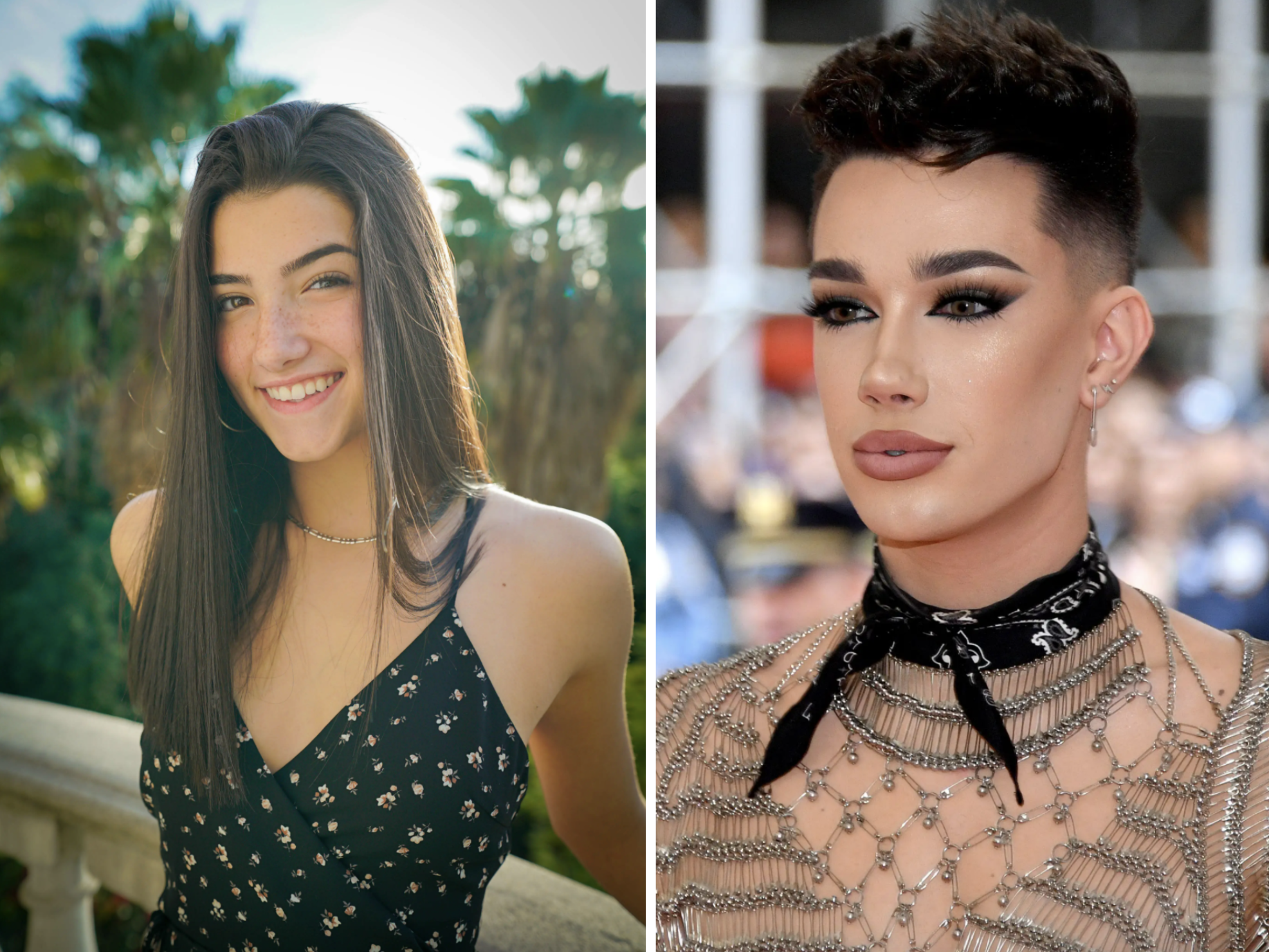 Thomas Petrou/UTA, Dia Dipasupil/FilmMagic/Getty ImagesJames Charles defended 16-year-old Charli D’Amelio in the middle of a massive wave of backlash against her.

James Charles is stepping in to defend Charli D’Amelio as the teen TikTok star faces a massive wave of people unfollowing her.

16-year-old D’Amelio is the most-followed person on TikTok, while 21-year-old Charles is best known for his beauty YouTube channel. The two are close friends and collaborate frequently, including in a recent YouTube video that’s causing the drama between D’Amelio and her fans.

People are calling D’Amelio “rude” and “entitled” after a video on her family’s new YouTube channel showed her, her parents, and her older sister Dixie (who is also TikTok-famous) eating dinner with Charles. During the meal, D’Amelio shared that she hoped she would hit 100 million TikTok followers within a year of surpassing 1 million followers.

“Was the 95 [million] not enough for you?” Charles asked sarcastically in response, and D’Amelio replied, “Well, I was just saying, like, even numbers.”

TODAY IN AWKWARD: Charli D’Amelio complains about not getting 100M followers in 1 year. James Charles responds “Was the 95M not enough for you?” Things get pretty awkward. Dixie D’Amelio scrambles to end video. James takes over and does outro. Charli is left confused. pic.twitter.com/t13aTmbR2h

The clip of the exchange has since gone viral, and in retaliation for her desire to hit 100 million followers, D’Amelio’s TikTok followers are now unfollowing her en masse. She’s lost over 1 million so far.

People are also complaining that Charli and Dixie were “bratty” toward their private chef, who included snails in the dinner for the video, which both D’Amelio sisters responded to with disgust. But the chef has also defended the sisters and said everything in the video was for “fun and games.”

The situation is similar to when James Charles famously lost over 3 million YouTube subscribers in one day in May 2019 after his then-YouTube mentor Tati Westbrook accused him of being a disloyal friend and of sexually pursuing straight men, which Charles denied. Westbrook later apologised.

Charles tweeted in defence of D’Amelio and said it “feels familiar,” referring to his May 2019 scandal, which started when Charles was 19 years old.

this charli situation is NOT sitting right with me… 100M followers in one year & y'all expect her to know how to be a perfect role model? death threats because she's a picky eater & made a joke about a milestone? 30+ year olds dragging someone half their age? feels familiar ????

“This charli situation is NOT sitting right with me… 100M followers in one year & y’all expect her to know how to be a perfect role model? death threats because she’s a picky eater & made a joke about a milestone? 30+ year olds dragging someone half their age? feels familiar,” he tweeted.

D’Amelio also addressed the situation in a tearful livestream and said it was all a “big misunderstanding.” But that hasn’t seemed to slow down the unfollowing spree, live counters show, as she continues to lose followers.