Businesses should reject special treatment from the government: Charles Koch says he made decisions that hurt his bottom line in the short term, but 'it was the right thing to do' 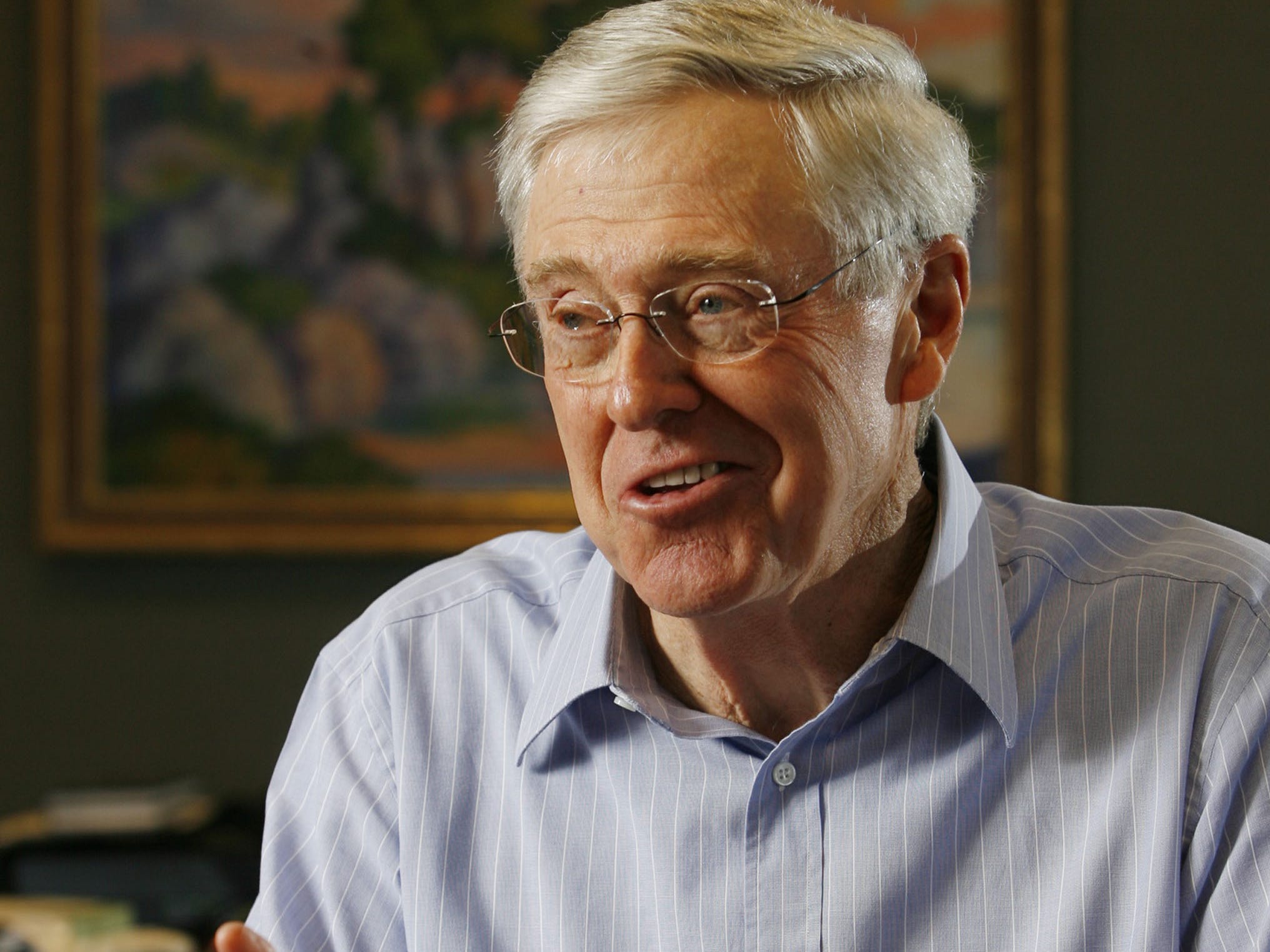 Corporate welfare is so ingrained in the economy and the business community that it seems difficult, if not impossible, to eradicate. But we must eradicate it if we are to have a just and prosperous society. If we do, more people will be able to find jobs that match their abilities. More businesses will focus on helping their employees flourish and contribute, spurring innovation and progress. If we eliminate corporate welfare, we can begin building a culture of mutual benefit and an economy that works for all. 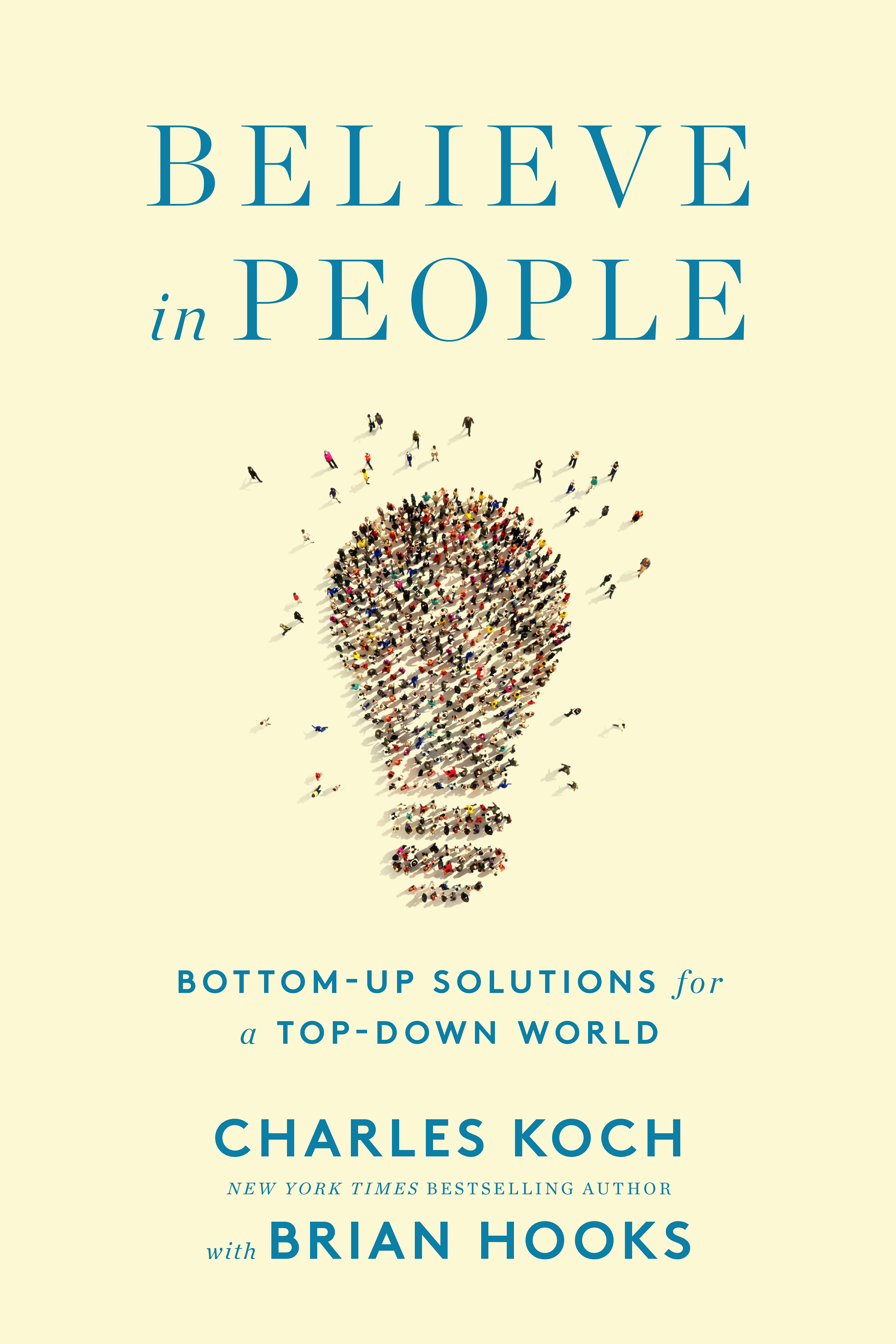 Courtesy of St. Martin’s Press‘Believe in People: Bottom-Up Solutions for a Top-Down World,’ by Charles Koch and Brian Hooks.

So, where should a Social Entrepreneur start? What can you do to transform the institution of business? What is a better way, and how can you help bring it about?

The first thing we need are business leaders to take a stand. We need CEOs who practice Principled Entrepreneurshipâ”¢ â€” the practice of doing well by doing good. This means building a company that empowers employees and contributes to communities. I know many CEOs who feel this way.


Read more:
Credit Karma is launching a new voter registration tool â€” and CEO Kenneth Lin says building it was ‘the right thing to do’

And we strive to do this at Koch Industries by applying Market-Based ManagementÂ®. Other companies have begun applying MBM, and for many, it has made a real difference. Whatever management or business framework you use, or whether you use one, I encourage business leaders to focus relentlessly on creating an environment where people can self-actualize.

No company will succeed in the long run if its team members don’t first succeed by contributing. If a culture of contribution is essential, then corporate welfare cannot be tolerated.

The best advocates against it are business leaders who don’t want it. This is a bigger pool than you might think: 84% of the leaders at companies that don’t benefit from such favoritism logically oppose it.

If this describes you, one practical thing you can do is to publicly criticise corporate welfare and explain why. Don’t stay quiet.

We’re doing our part at Koch Industries. We participate in industries where subsidies, mandates, and favoritism are part of the legally mandated system and can’t be avoided. We nonetheless oppose corporate welfare in all its forms and lobby against it. We know that ending it will help us more in the long term.

What is true for us is true for every business, no matter how much its owners or managers think they need special treatment to survive. Corporate welfare has been around since well before I returned to the company, and I made an early point to oppose it.

In 1971, Richard Nixon’s Committee to Re-elect the President â€” aptly nicknamed CREEP â€” asked our company for an illegal donation. The implication was clear: support us, and you’ll get favours; don’t, and you’ll get the opposite. I immediately turned down Nixon’s agents.

Other businesspeople succumbed, and suffered the legal consequences.

Of course, most corporate welfare isn’t illegal, although it is always wrong and harmful to its recipients and to society. Here are two examples of where we vocally oppose such policies in our own industries.


Read more:
I was a health-insurance exec for 20 years and shamefully lied to Americans about the drawbacks of a single-payer system. I’m coming clean amid the disastrous response to the pandemic.

Our company is one of America’s largest producers of ethanol, a substance with a wide range of uses, including as fuel. Ethanol is essential to innovation on better fuel economy, which is part of why we are in the industry. Yet that doesn’t mean ethanol should be propped up. Unfortunately, over the years, other ethanol producers successfully lobbied for federal ethanol mandates and subsidies â€” blatant handouts that we fought tooth and nail.

In 2011, we helped persuade the federal government to end direct ethanol subsidies. While this hurt our bottom line in the short term, it was the right thing to do, and it contributed to a better business environment in the long term. We continue to oppose other ethanol policies that act as special favours to producers, such as the Renewable Fuel Standard, which mandates the blending of ethanol into gasoline. Like the subsidies, the current policy benefits Koch short term â€” ensuring that we always have a market for our product â€” but it hurts us long term, along with everyone else.

Policymakers recognise these issues yet are unwilling to abandon the RFS mandate. The reason is easy to discern: corn farmers in Iowa â€” the first state in the presidential primary process â€” support it.

Politicians sometimes try to have it both ways, preserving the mandate while giving exemptions to other companies and certain refiners. This is just one more handout. We remain convinced that ethanol can succeed and improve people’s lives without government support. And so Koch will continue advocating an end to the RFS.

Another example of egregious corporate welfare that we vigorously and successfully opposed was the so-called border-adjustment tax in the 2017 federal tax reform bill. This provision would have created a new taxation system designed to benefit select US companies, including manufacturers like us. It would have done so on the backs of the American people.

Koch Industries would have profited handsomely from the BAT. For example, while one of our refineries would have been subject to higher-priced imports from Canada, our refinery in Texas would have gained a big advantage on our competitors because we purchase our raw materials domestically.

Another Koch company, Georgia-Pacific, primarily uses domestic southern pine trees to produce paper products, while its primary competitors rely on imports. In both cases, the BAT would have allowed us to raise our prices on consumers and capture a much bigger profit and market share.

We opposed it anyway.

If it would make us money in the short term, why would we reject this policy? Because harming your customer is an excellent way to go out of business. Sure, the BAT would have given us potentially billions of dollars in profit, but consumers would have paid more than a trillion dollars in higher costs on imported goods. We would have made plenty of profits short-term, but in the long run, it would have made those who could least afford it poorer.


Read more:
I launched Okta during the 2008 recession, and it’s now a $US25 billion company. Here are my 4 recommended steps for starting a business during an economic downturn.

That is no recipe for long-term success. A company that disrespects customers will lose its customers. Either people will turn against it or creative destruction will overtake it. The better path is to strive to supply what customers value, giving them better products at better prices and rejecting mandates, subsidies, and measures to handicap competitors.

Are you a business leader? Do you know one? You can advocate against corporate welfare too. I have a colleague who calls it “being the skunk at the garden party.”

When the city council proposes a tax credit for companies that move to or expand in your community, go to the council meeting and object. Tell them the handout corrupts business, which should only profit by creating value for, not harming, others. Let your local member of Congress know that your support depends on whether they treat all businesses equally â€” and the best way to lose your support is to offer you a subsidy. If you don’t, who will? 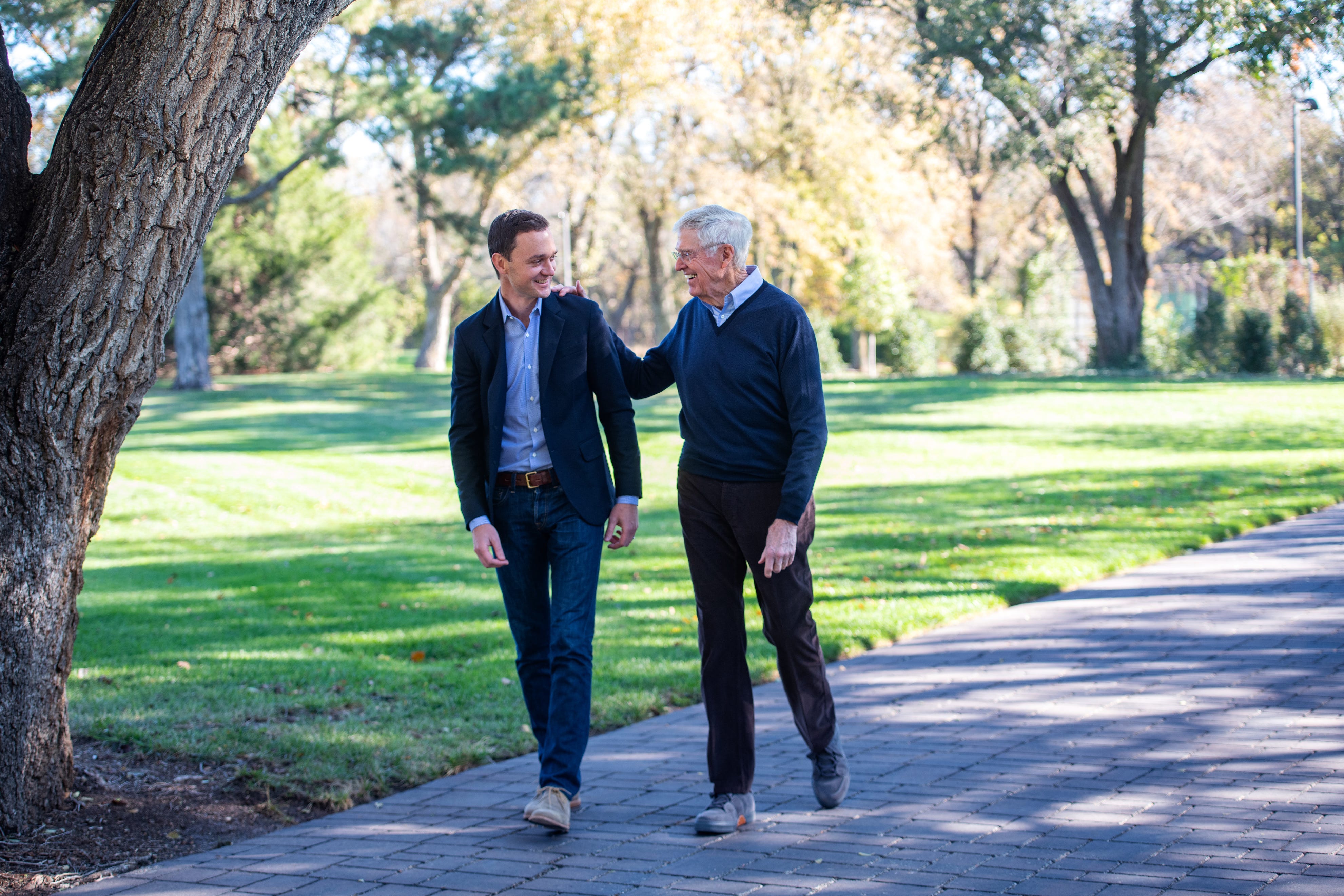 Charles Koch is chairman and CEO of Koch Industries, one of the largest privately held American companies. An influential philanthropist for more than 50 years, he supports education, a community of organisations addressing persistent poverty, and public policy research focused on developing effective solutions to social problems. He has founded numerous nonprofit organisations, including Stand Together. He holds two masters degrees in nuclear and chemical engineering from MIT and lives in Wichita, Kansas with his wife Liz.

Brian Hooks is president of the Charles Koch Foundation and chairman and CEO of Stand Together, a philanthropic community that works with more than 700 business leaders and philanthropists to empower people to realise their unique potential and help every person rise. Previously, Brian served as executive director and COO of the Mercatus Centre at George Mason University, where he led strategy and operations for a growing research, education, and public policy centre. Brian is a graduate of the University of Michigan and lives in Alexandria, Virginia with his wife and daughter.