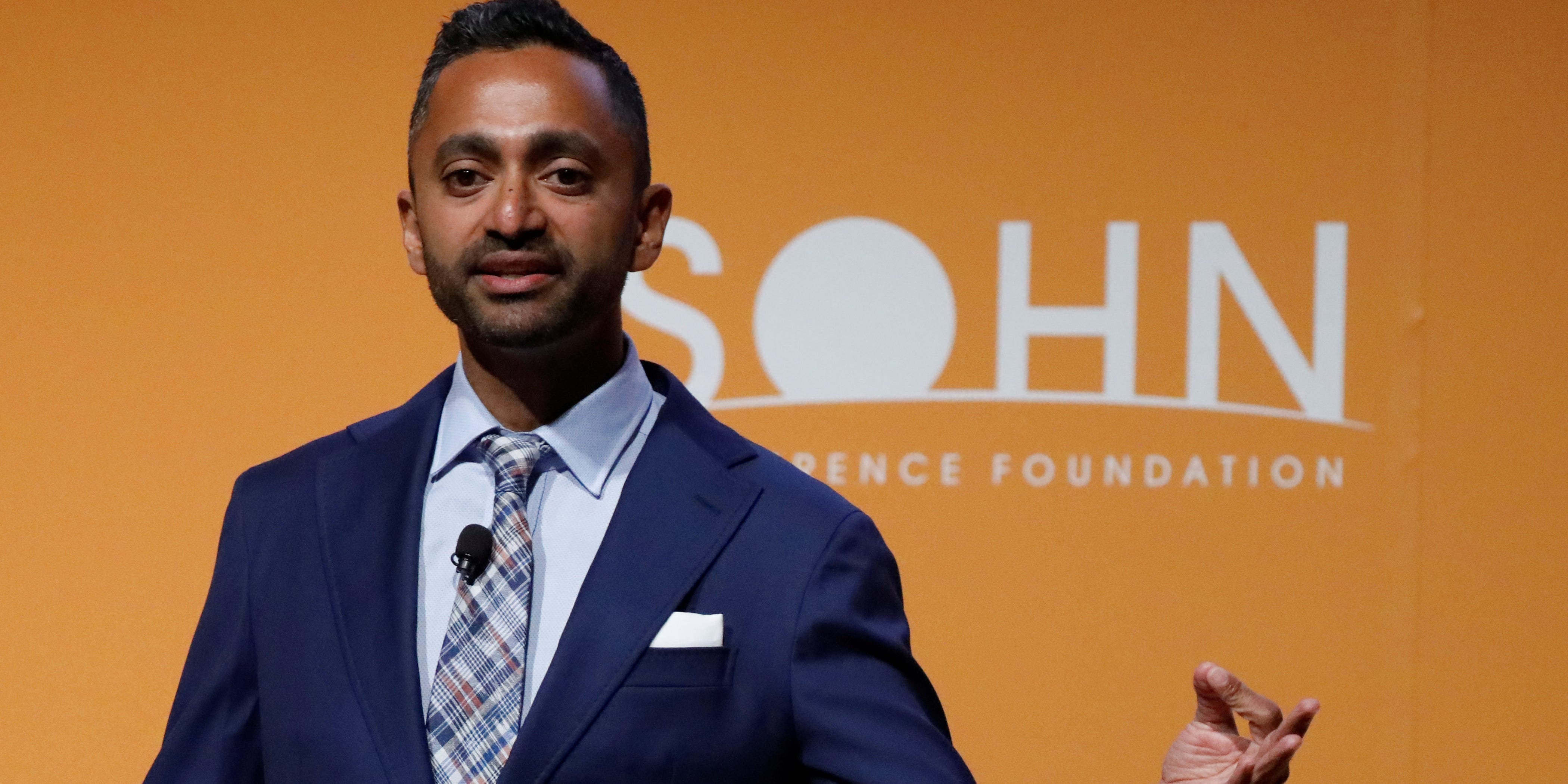 Chamath Palihapitiya told CNBC on Wednesday the recent frenzy of trading stemming from Reddit’s WallStreetBets demonstrates that retail investors can do the same quality of analysis as hedge fund managers who “don’t have an edge.”

The billionaire investor sees a “pushback against the establishment” from retail investors, many of whom watched their parents lose money during the financial crisis while large institutions on Wall Street were bailed out.

Palihapitiya said that the 2.7 million users on WallStreetBets are as important to the market as any hedge fund. And, some Redditors are doing “incredible fundamental diligence,” even better than professional hedge fund analysts.

He also lamented the lack of transparency within hedge funds who maximise gains using prime brokers, and called out “idea dinners” in the Hamptons where a select number of managers get together behind closed doors and pitch investment ideas.


Read more:
We’re very surprised we didn’t underperform in the 4th quarter’: Cathie Wood and her analysts break down their stock-selection process and the top 10 picks that contributed to the outperformance of ARK ETFs in Q4 2020

Investors on WallStreetBets are more courageous than managers, Palihapitiya said, because they discuss their ideas in public, and aren’t afraid to admit losses.

“It takes an enormous amount of faith in the system to be that transparent, to talk about things and then for each individual to make their own mind up and to do things, whether it’s to buy or to sell. And I think that what it proves is this retail phenomenon is here to stay,” he added.

He predicted that in the long run, retail sophistication will catch up to institutional sophistication, but first, hedge funds should be forced to disclose the details of their trades like investors on WallStreetBets do

“My point in all of this, if you want to make the system better and healthier, force more transparency on the institutional side,” Palihapitiya said.

“Why is it allowed for somebody running a hedge fund to basically claim that they are market neutral, but be levered up? They take a $US10 billion fund and their prime brokers allow them to run a hundred billion dollars of notional exposureâ€”who thinks that that’s fair?” said the investor.

“It’s not fair to the retail investor because when that blows up and a hundred billion dollar hole exists in a fund, which by the way, this is exactly what happened in 2008, the government bails them outâ€”and who is the government? All of us,” he added.


Read more:
A Wall Street firm tweaked the Shiller PE ratio to create a superior gauge of the strongest stock-market returns â€” and broke down why the beloved metric won’t cut it anymore