The space-tourism company’s chairman cashed out his 6.2 million shares at an average price of $US35 ($46), netting him around $US211 ($275) million. Palihapitiya, along with his business partner Ian Osborne, still indirectly own 15.8 million shares via SCH Sponsor Corp, their investment vehicle.

“I sold 6 million shares for $US200 ($261) million which I am planning to redirect into a large investment I am making towards fighting climate change,” Palihapitiya said in an emailed statement to Insider.

“The details of this investment will be made public in the next few months. I remain as dedicated as ever to Virgin Galactic’s team, mission and prospects,” the Social Capital founder and CEO added.

Palihapitiya is spearheading the current SPAC boom, using the vehicles to take companies such as Opendoor and Clover Health public at billion-dollar valuations.

Virgin Galactic’s stock price more than doubled in the first five weeks of this year, but has slumped by more than 50% since then. Its shares fell as much as 17% on Friday.

Here’s a chart showing Virgin Galactic’s stock price over the past year: 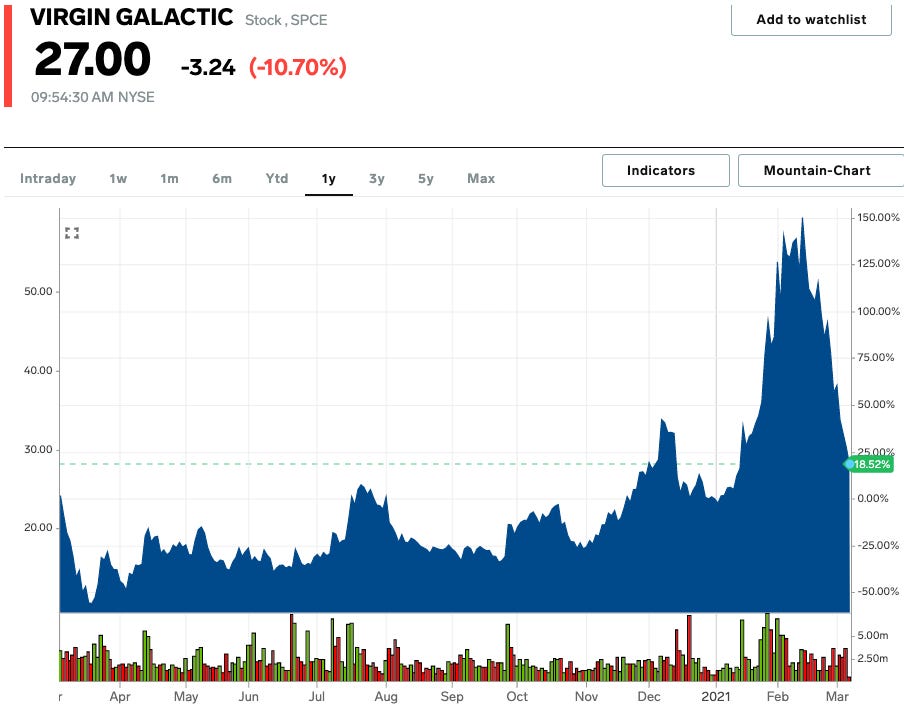