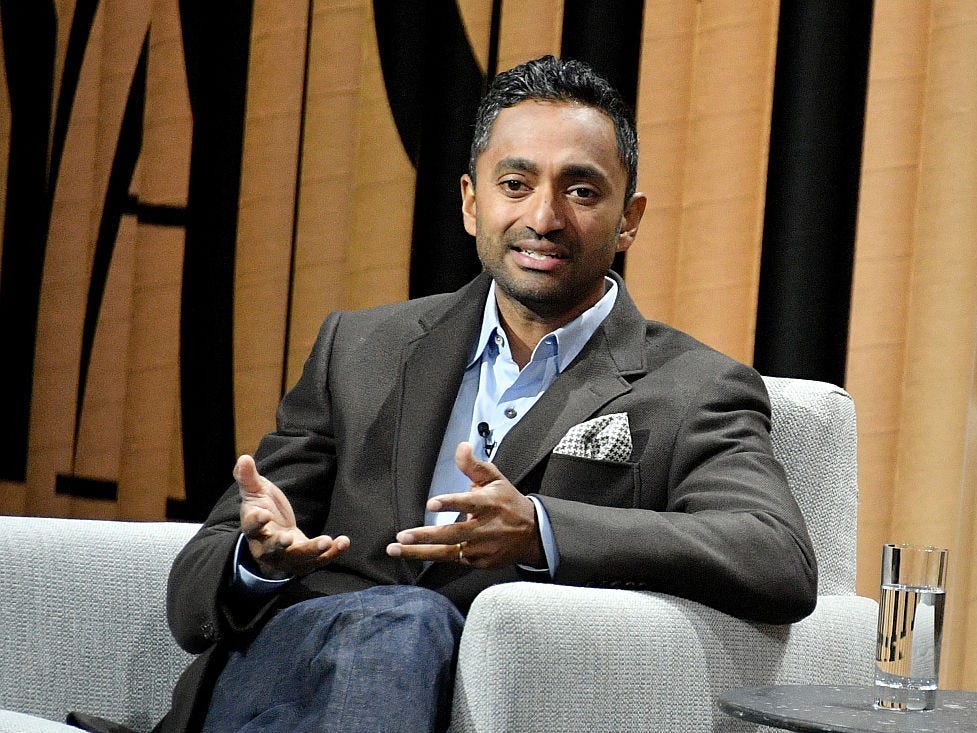 Chamath Palihapitiya isn’t ready to say whether he’s going to run for California governor, but the billionaire investor and CEO of venture capital firm Social Capital has made one thing clear: He wants current California Gov. Gavin Newsom to be removed from office.

Palihapitiya, a Sri Lankan-born Canadian American and former Facebook employee, tweeted about his support for a movement to remove Newsom from office Tuesday, while tweeting out a link to a “Chamath for California Governor” website. The website was set up by two supporters of Palihapitiya and was not an official campaign page, according to a Recode reporter.

He tweeted, “It’s on. #RecallGavinNewsom” with a link to the website made for him.

During an interview on CNBC’s “Halftime Report,” Palihapitiya would not confirm whether he was planning to run for governor. He instead took the time to emphasise his support for the movement to remove Newsom from office.

“First step is we need to recall Gavin Newsom,” he said in the interview.

Palihapitiya could end up running for the 2022 Gubernatorial race or potentially for a special election, though outside of his tweets and website there has not been any official announcement. It does not appear that any political forms have been submitted yet by Palihapitiya to the California Secretary of State.

The recall efforts could lead to a special election later in 2021. The movement reached 1.2 million signatures Friday, according to a tweet from California State Assembly member Kevin Kiley. The most recent effort that was started in June is the sixth attempt to oust Newsom in two years. The petition needs to reach about 1.5 million signatures by March 17 in order to force recall.

“This unwarranted recall efforts will cost California taxpayers $US81 million,” Newsom said in his response. “It is being pushed by political extremists supporting President Trump’s hateful attacks on California.”

An LA Times investigation into Rescue California, released Saturday, found that early on in the petition several recall campaign leaders worked alongside radical groups like QAnon.

Newsom’s performance during pandemic under attack

Some California residents have been unhappy with Newsom’s performance as governor, especially when it comes to inconsistent shutdowns and a slower-than-expected vaccine rollout.

Many tech leaders have also been critical, with several companies moving their headquarters to other states. Last year, Tesla founder Elon Musk moved his company to Texas, while other companies like Shutterstock have moved to Florida.

“California is heading off an economic cliff and Governor Gavin Newsom is driving the car,” the Rescue California website reads. “Voters are angry, and they have a right to be. Newsom has devastated the state’s economy with his dictatorial on-again, off-again shutdown orders. We pay the highest taxes in the nation for a state government that treats business and middle-income families as the enemy, catering exclusively to monied special interests in Sacramento.”

COVID-19 has hit the state hard. In the past few months, California has been one of the leading states in coronavirus infections. LA County has lead the surge. The county has been forced to shut down numerous Hollywood productions as well as change air quality regulations just to be able to burn all the bodies of those who have died in the outbreak.