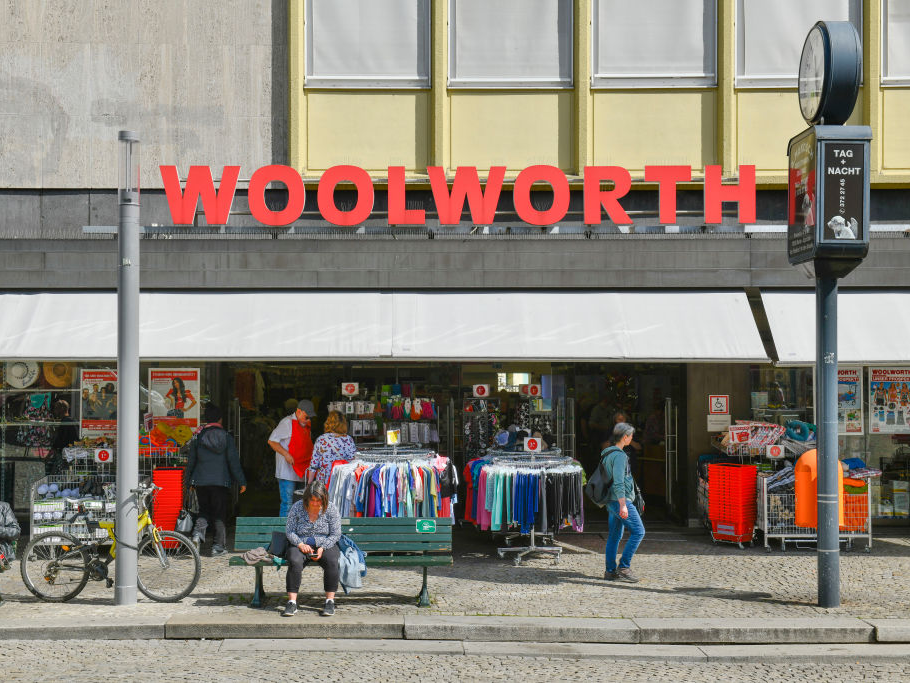 It’s hard to imagine an age when you couldn’t browse the internet and purchase clothes, books, or household supplies from your favourite stores.

Early department stores founded in the 19th century and early 20th centuries were revolutionary in their time, and their impact on the retail industry can still be seen today.

Yet, from increased competition to overly ambitious mergers to an inability to adapt to the changing times, many of those stores have been forced to close their doors.

With the retail apocalypse in full force, here is a look back on 10 popular US chain stores that have since closed.

Woolworth was one of the first discount stores. 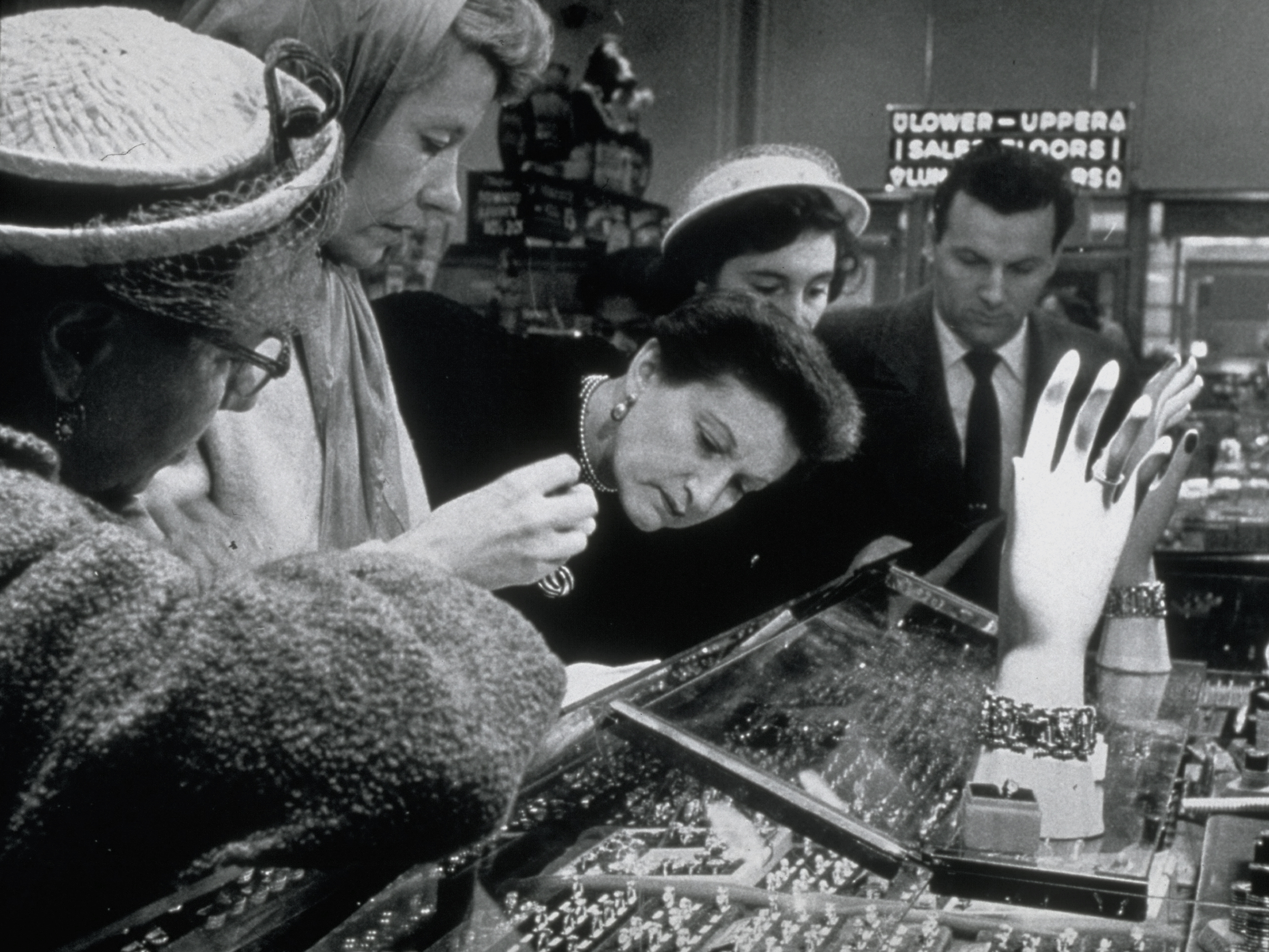 Underwood Photo Archives/Contributor via Getty ImagesBargain hunters searching for a deal at a Woolworth’s five-and-dime store in 1954.

Woolworth, which opened in 1879 in Utica, New York, was one of the original discount stores, also known as five-and-dime stores at that time. The Woolworth corporation sold everything from dishcloths to stationary for less than 10 cents.

Over 100 years after the first Woolworth discount store opened its doors, the corporation (renamed Venator GroupInc. in 1998), closed the chain and decided to focus on their smaller sporting goods stores instead, according to the Associated Press. 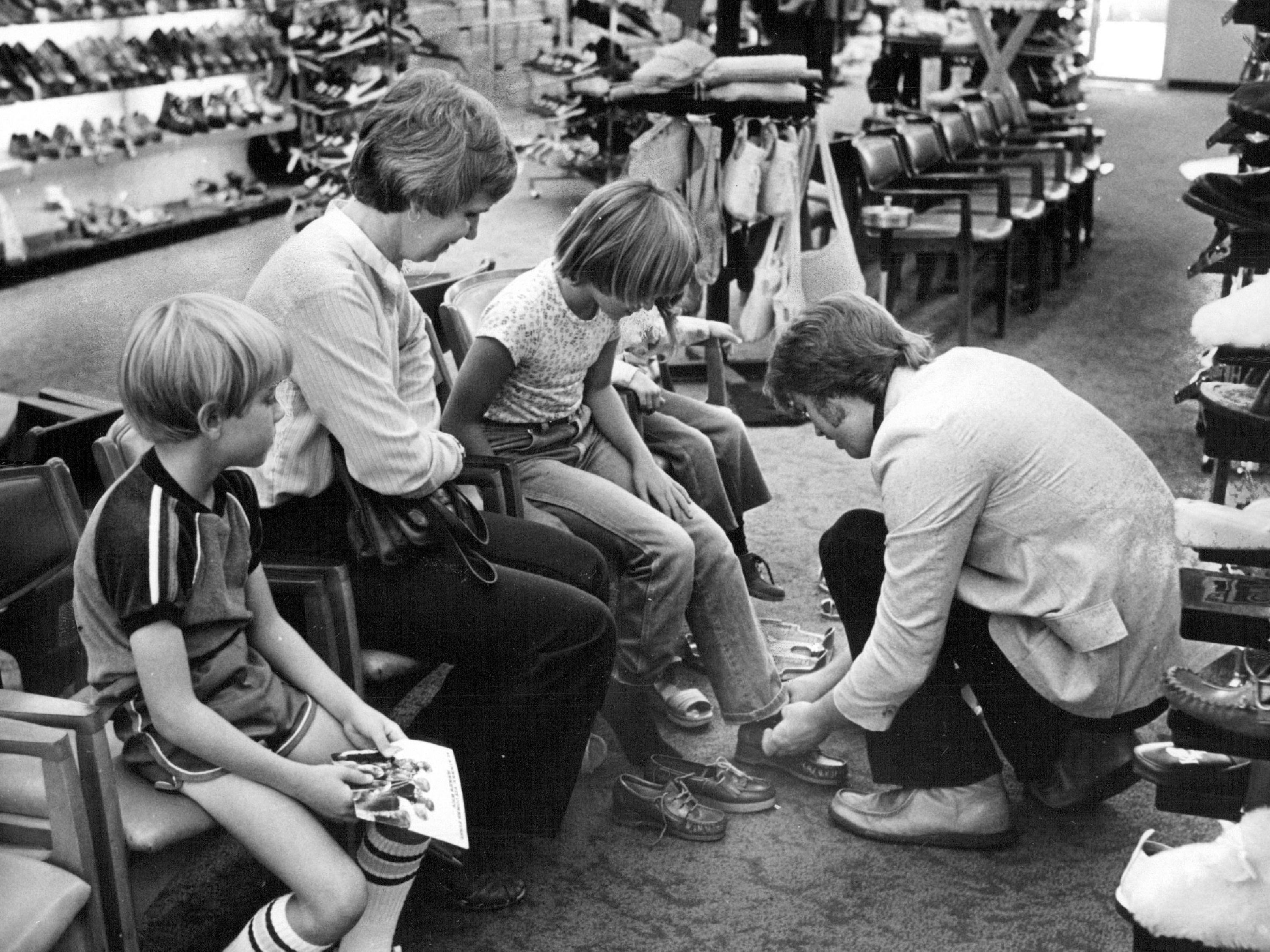 Kinney Shoes was one of the specialty stores that Woolworth Corp, later named Venator Group Inc., decided to focus on after closing down its Woolworth locations.

Before the shoe store was purchased by the larger corporation in 1963, it was a family-operated busines selling reasonably priced footwear as early as 1894.

By 1998, however, Venator Group Inc. announced it was closing 467 Kinney Shoes stores because of plummeting sales and profits, according to the Associated Press.

Wanamaker department store was the first to employ many marketing practices that are still used today. 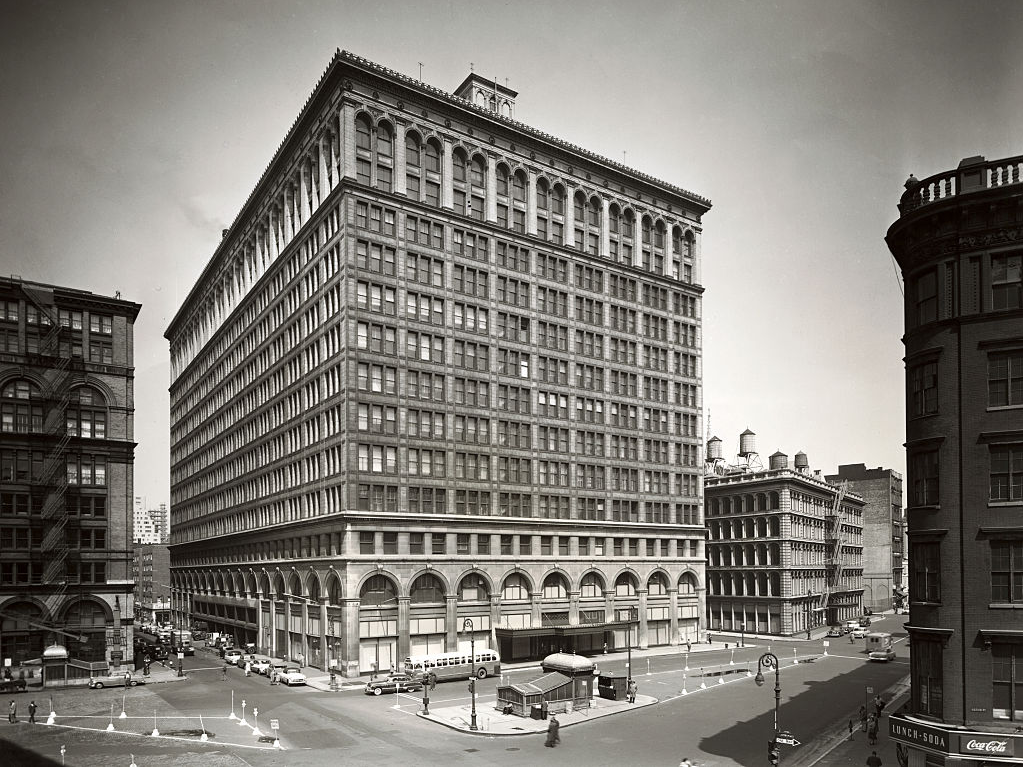 When John Wanamaker opened one of the first department stores in the US in 1874 in Philadelphia, he had profound effects on the retail industry’s advertising and marketing practices.

Wanamaker created large-scale seasonal sales, money-back guarantee, and a fixed-priced system. Within a few years, he also added an in-store restaurant and elevators. In its segment “Who Made America?,” PBS called Wanamaker’s department stores “palaces of consumption that turned shopping into an event for ordinary people.”

After switching ownership over the years, the chain went out of business in the late 20th century. The chain’s flagship store in Philadelphia was converted into a Macy’s in 2006 and is now a national historic landmark. Currently, the iconic building houses a wide variety of tenants, including Facebook and AOL. Before there was Toys ‘R’ Us, children were begging their parents to take them to places like Lionel Kiddie City and Playworld.

The Lionel Corporation, which owned dozens of stores by the name of Lionel Kiddie City and Playworld, was one of the most popular toy retailers in the country. The Kiddie City chain, which is remembered for its kangaroo mascot, was primarily known for its trains and catchphrases like “Toy Capital of the World” and “Turn that Frown Upside Down.”

After filing for bankruptcy twice, the Kiddie City chainshut down for good in 1993 – thanks, in major part to a competitor by the name of Toys ‘R’ Us. Ames was started in 1958 in Massachusetts by brothers Milton and Irving Gilman. The company sold quality products, focusing on housewares, automotive supplies, and hardware, at low prices.

Marshall Fields was known for its impressive window displays. 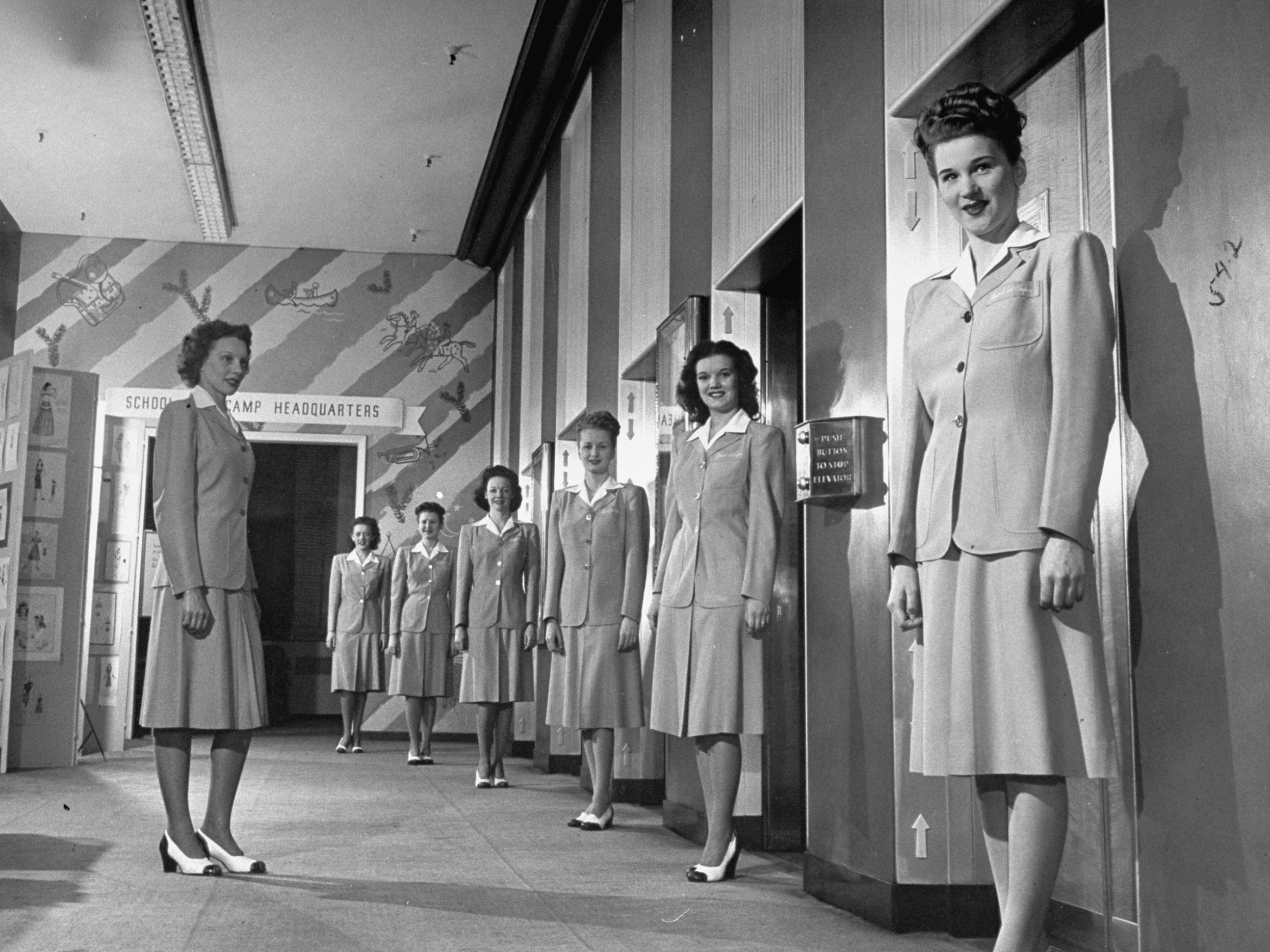 If you grew up in Chicago or ever visited during the holiday season, Marshall Fields and its famous holiday window displays most likely have a special place in your heart.

Marshall Fields, was once the second-largest department store in the world, in addition to being one of Chicago’s main tourist attractions on State Street.

The store’s famous Christmas window decorations began in 1897 as a toy display. Over the years, the company based the displays on common themes like “The Night Before Christmas.”

In 2006, Marshall Fields became part of the Macy’s chain. While the store’s flagship building was renamed, the holiday window displays remain intact.

W. T. Grant was incredibly popular before applying for bankruptcy. 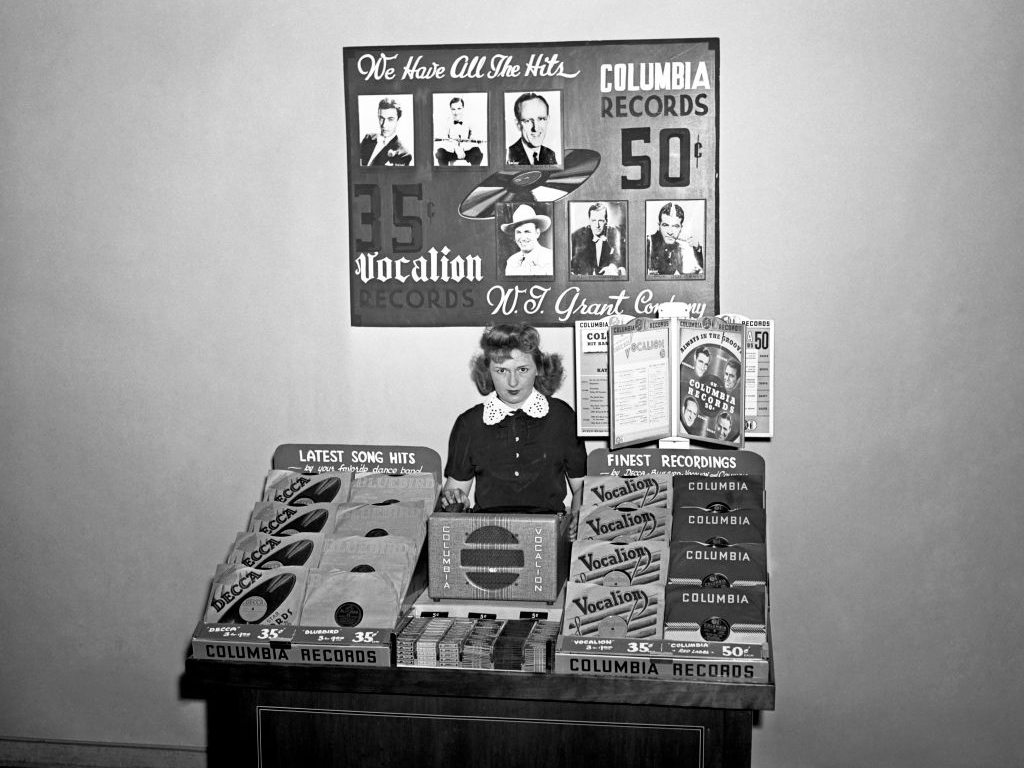 W.T. Grant was another popular discount chain in the early and mid-20th century. The first W.T. Grant “25 Cent Store” opened in 1906 in Massachusetts and expanded to nearly 1,100 locations around the country.

The discount chain was once the fifth-largest retailer in the country, but it came to an end in a big way. When the company declared bankruptcy in 1975, it was the largest retailing bankruptcy of the year, according to the University of California Press. 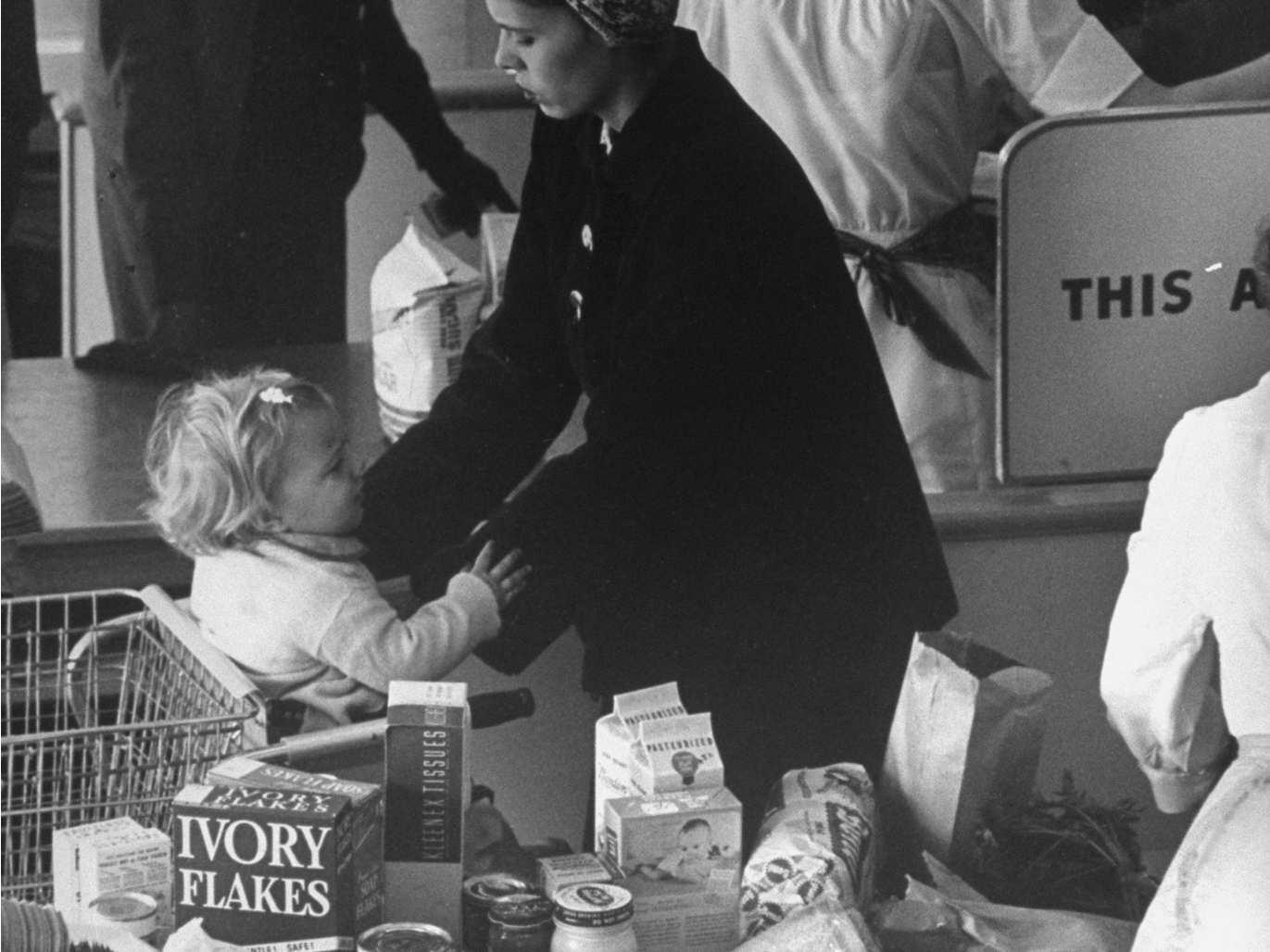 The Great Atlantic & Pacific Tea Company, also known as A&P, was a supermarket chain founded in 1859 in New York City. At its peak in the early 20th century, A&P was one of the world’s largest retailers, with more than 15,000 grocery stores.

But after 156 years in business, the company filed for bankruptcy for a second time and shuttered its stores in 2015. Industry experts said the grocer’s downfall was due to its inability to adapt to the changing market.

Zayre was known for its sales. 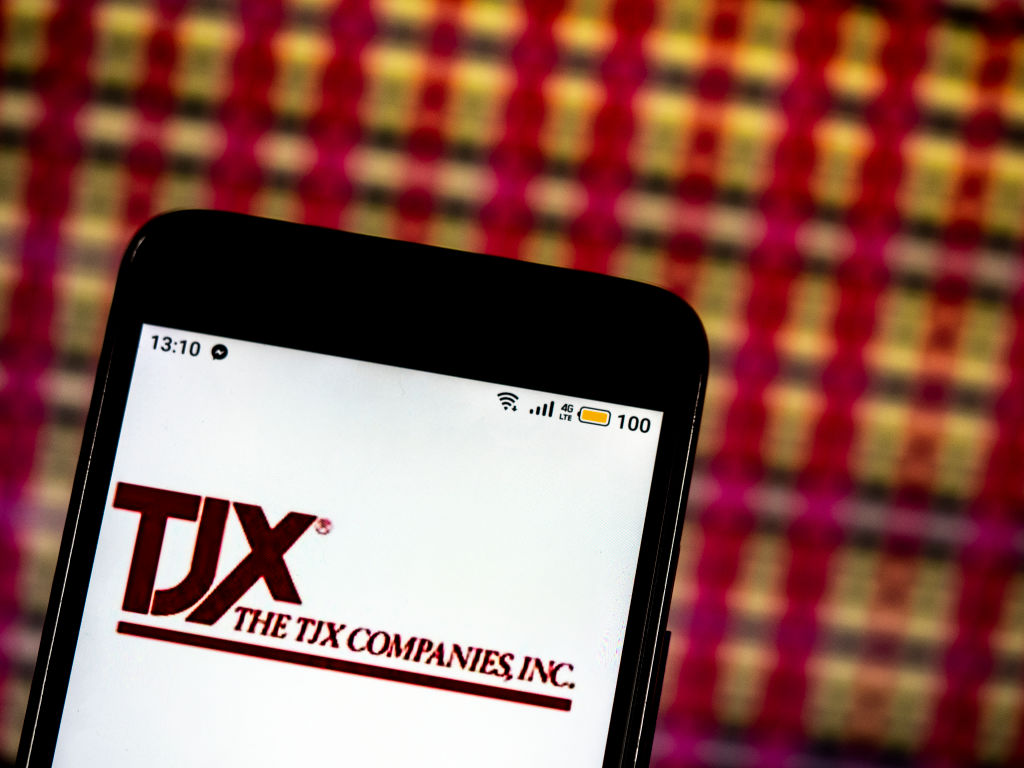 Before we were combing the aisles of our local discount store for the steal of the century, many of our grandparents could be found doing the same at a store called Zayre.

Zayre, which phonetically sounds like the Yiddish word for “very” as in “very good,” was launched as a discount department store by two brothers in Massachusetts in 1956. By the early 1970s, the Zayre chain had more than 200 locations across the country.

In 1988, Zayre Corp. sold its 392 department stores to the Ames chain in order to focus solely on its merge with TJX Companies. After the spinoff, TJX Companies was made up of Hit or Miss, T.J. Maxx, Chadwick’s of Boston, and the defunct Zayre Corp. which renamed itself as TJX Cos. 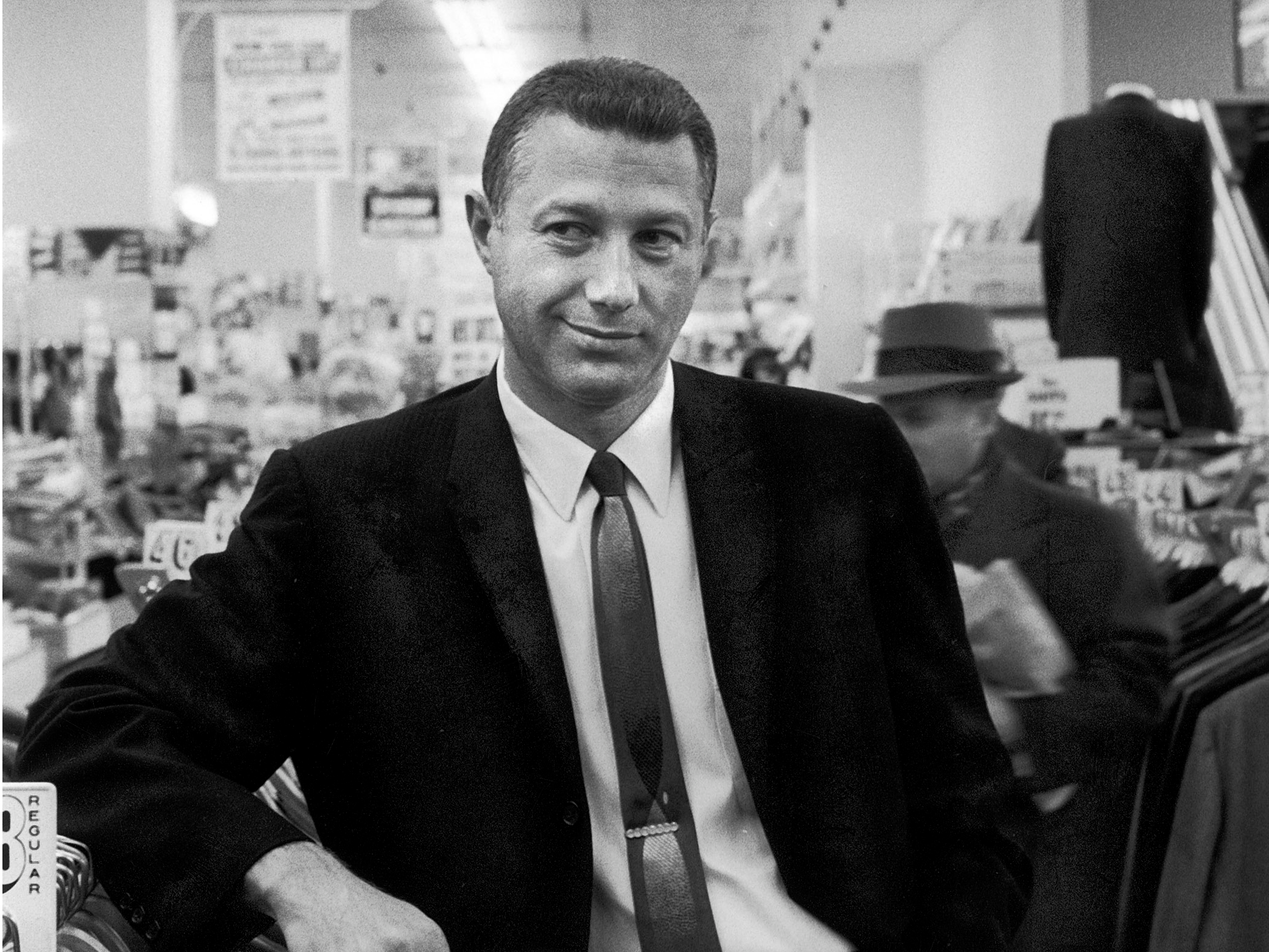 In the years following World War II, veteran Eugene Ferkauf founded the American department store chain E. J. Korvette in New York in 1953. Ferkauf’s business model of selling high volumes of products at deep discounts – 10% to 40% below other conventional stores – with quick turnover can still be seen in today’s retail landscape with big businesses like Walmart and Costco, according to the New York Times.

By the 1960s, there were nearly 60 Korvettes stores around the country. But after changing ownership multiple times, the chain folded and went out of business in the early 1980s.