How a 21-year-old CEO landed $3.5 million for software that he originally built to help his mum's struggling dog grooming business keep repeat customers 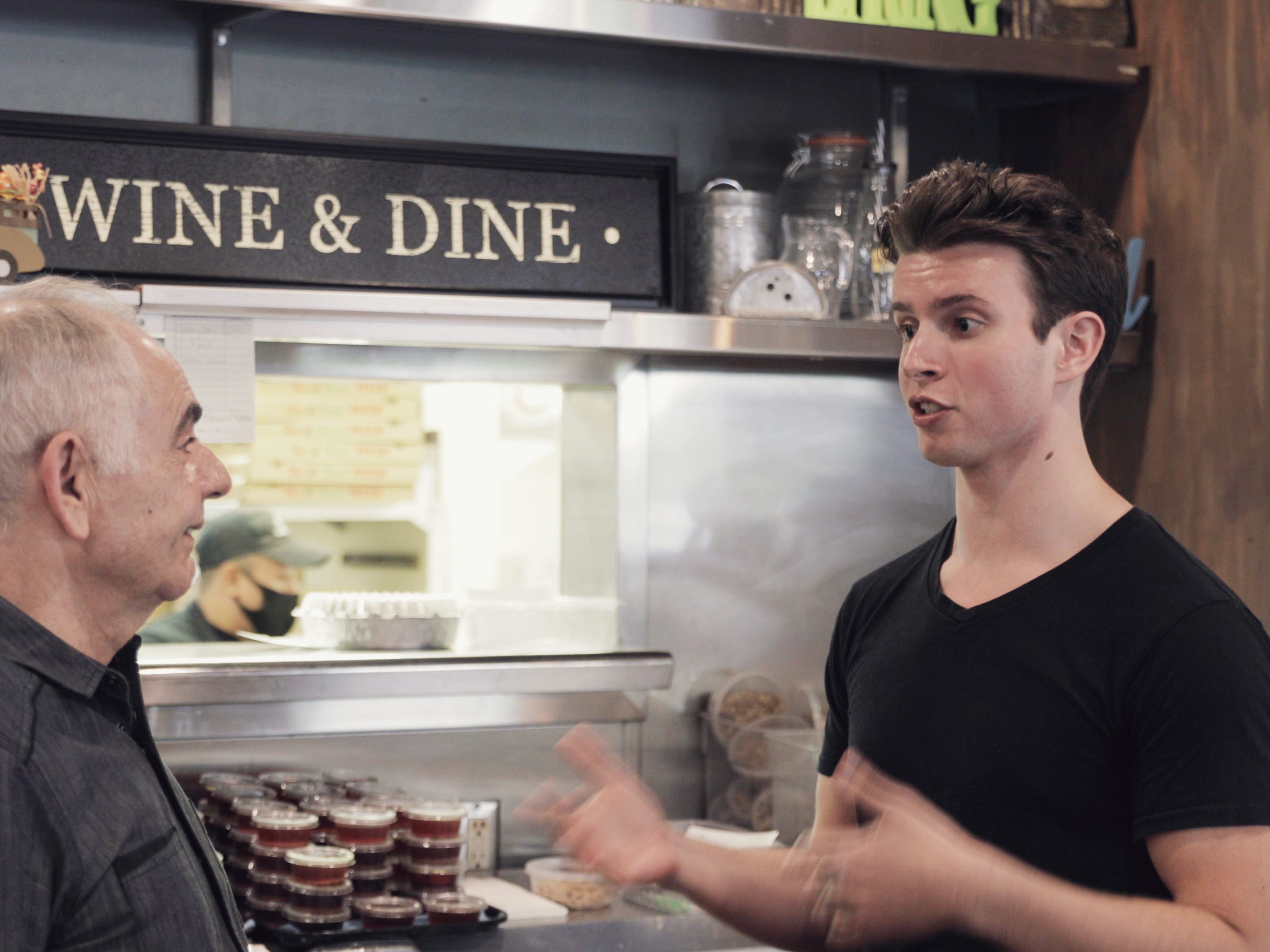 Profitboss CEO Adam Guild has boundless energy. The 21-year-old founder can speak several paragraphs worth of information in a minute. That animated style and depth of knowledge is one reason venture capitalists decided to invest in his startup, which he founded at 18.

The company recently wrapped up a $US3.5 million seed round led by Redpoint Ventures and joined by Kimbal Musk, Figma CEO Dylan Field, AngelList cofounder Naval Ravikant, The Chainsmokers, Tinder cofounder Sean Rad, and others.

The company provides restaurants with a free digital storefront that collects data from orders to build customer profiles. Restaurants can then use that information to send customers regular, targeted advertisements, known as “drip campaigns,” which Guild previously told Business Insider creates a higher rate of return business.

“We basically feed them personalised drip campaigns that are relevant specifically to them talking about the restaurant’s most popular dishes, about dishes on their menu that they might like based on what they have ordered in the past,” Guild told Business Insider.


How a 21-year-old CEO turned helping his mother’s struggling business into a startup that landed a $US3.5 million seed round

Guild first developed a version of the technology Profitboss uses for another reason: To help his mother’s struggling dog grooming shop.

With only a few month’s worth of cash left, his mother turned to her “nerdy son” for help.

That led Guild to build his mother a webpage that used marketing tactics to turn websites visitors into paying customers. The method is called “conversion rate optimisation,” a practice aimed at pushing online visitors to take specific actions, usually by testing out different offers and ad copy until it finds the ones that work best.

Within three months his mother hit her three-year revenue projections, and Guild had the spark of a new idea. He brought his idea to a local restaurant, and then another; in 2018, he founded Profitboss and quickly began pulling in customers.

After the U.S. outbreak of COVID-19 made it difficult and dangerous for restaurants to pull in physical customers, Guild shifted the focus of Profitboss to addressing the difficulty of building relationships with remote customers.

“I sent a bunch of cold emails, thousands of them to restaurant owners that I didn’t know to try and understand what their biggest problems were during this time, what specifically was keeping them up at night,” Guild said.

Guild didn’t share specific numbers, but said that “hundreds” of restaurants across the country were using his platform, with high concentrations in Southern California and Florida.

His ingenuity and good character won him the trust of investors

His quick pivot won him the respect of lead Redpoint investor Alex Bard, who himself ran a failed restaurant before his time in venture capital.

“A signal of a really great entrepreneur is they can see the game that’s being played on field, what’s happening in the environment, and have the agility to be able to flex through that, to be able to deliver value and take advantage of that opportunity,” Bard told Business Insider. “The fact that he sort of integrated into this as COVID was beginning, I think, is a strong signal of his ability.”

Bard told Business Insider that while he backs up all of his investing decisions with facts and figures, his gut feeling about the founder is often the deciding factor. In Guild’s case, the story of how he helped his mother gave Bard a positive impression of his intelligence and character.