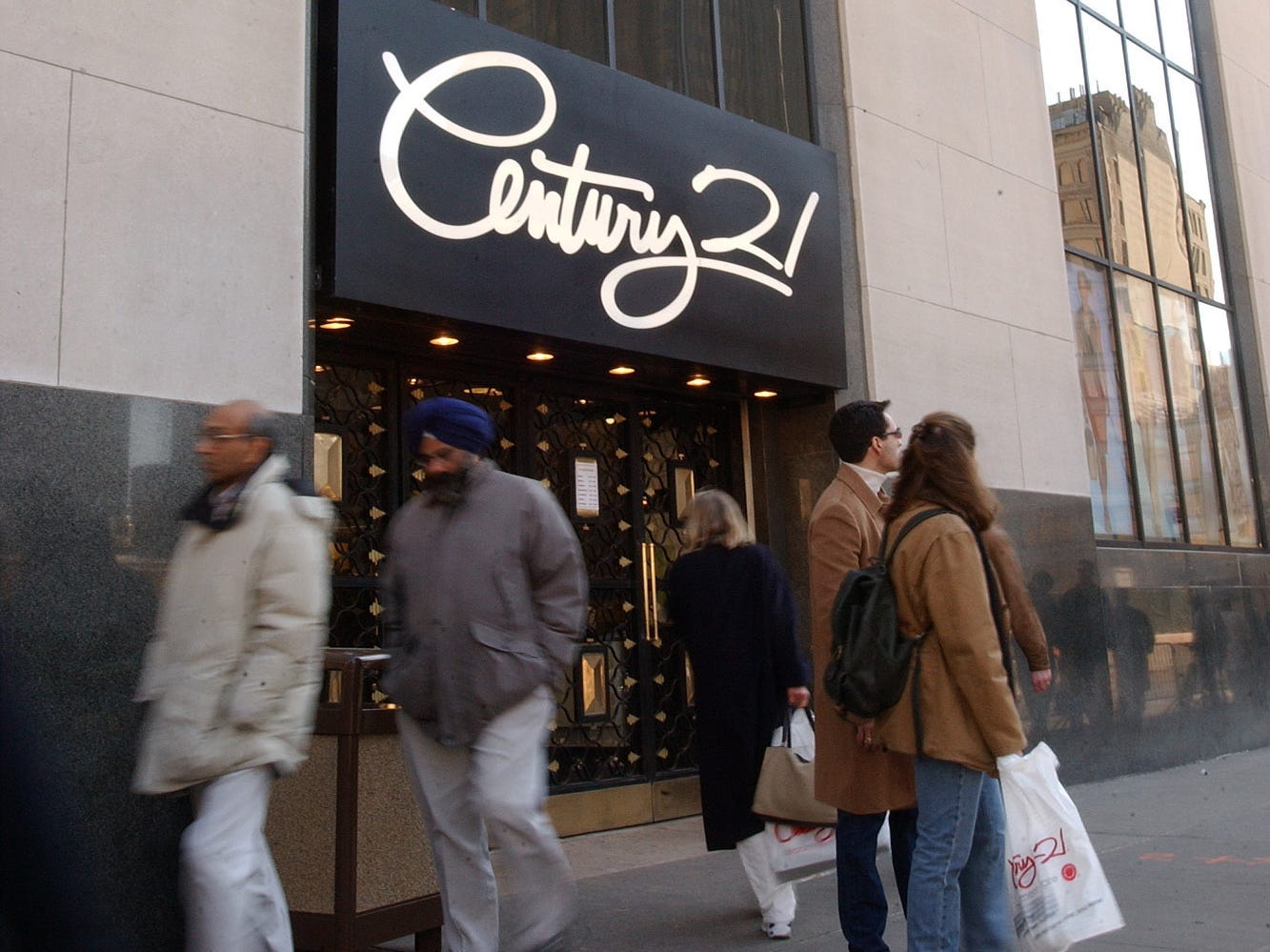 REUTERS/Chip EastShoppers leave a Century 21 department store in New York on March 1, 2002, located across the street from the site of the World Trade Centre. The location reopened months after the 9/11 terror attacks.

Off-price department store chain Century 21 filed for Chapter 11 bankruptcy on Thursday and announced that all 13 of its stores would close.

A key element of its bankruptcy, according to the company, was its insurers’ failure to help it through the COVID-19 crisis.

In a statement, the company said it was forced to file for bankruptcy because it was not paid $US175 million it said was due under insurance policies “put in place to protect against losses stemming from business interruption such as that experienced as a direct result of the COVID-19 pandemic.”

“While insurance money helped us to rebuild after suffering the devastating impact of 9/11, we now have no viable alternative but to begin the closure of our beloved family business because our insurers, to whom we have paid significant premiums every year for protection against unforeseen circumstances like we are experiencing today, have turned their backs on us at this most critical time,” co-CEO Raymond Gindi said.

A Century 21 store located across the street from the World Trade Centre remained closed for nearly six months and underwent a $US10 million renovation after suffering damage on 9/11.

Gindi continued: “While retailers across the board have suffered greatly due to COVID-19, and Century 21 is no exception, we are confident that had we received any meaningful portion of the insurance proceeds, we would have been able to save thousands of jobs and weather the storm, in hopes of another incredible recovery.”

Century 21 added in its press release that it is now suing several of its insurance providers.

It’s far from the first business to do so amid the coronavirus pandemic. The New York Times reported in August that businesses both big and small are challenging their insurance providers in court over their lack of coverage for pandemic-related business interruptions. More than 400 such lawsuits had been filed as of last month, including suits from the Houston Rockets and famed restaurant Chez Panisse, according to The Times.

Bankruptcy lawyer Robert Rattet of Davidoff Hutcher & Citron told Business Insider that business interruption policies are typically worded in a very specific way to leave out coverage of disruptions caused by pandemics or other “acts of god,” which is referred to as a force majeure clause.

“Unless a policy is drafted in a certain way, they will deny coverage across the board,” Rattet said. “They figure that if the [insurance] industry allowed coverage under force majeure provisions, the industry would go bankrupt.”

Retailers and restaurant companies have struggled to recover from weeks-long closures of locations across the country this spring.

The Times reported that according to estimates from the American Property Casualty Insurance Association, covering all business interruption losses tied to pandemic shutdowns would cost the industry $US1 trillion a month.