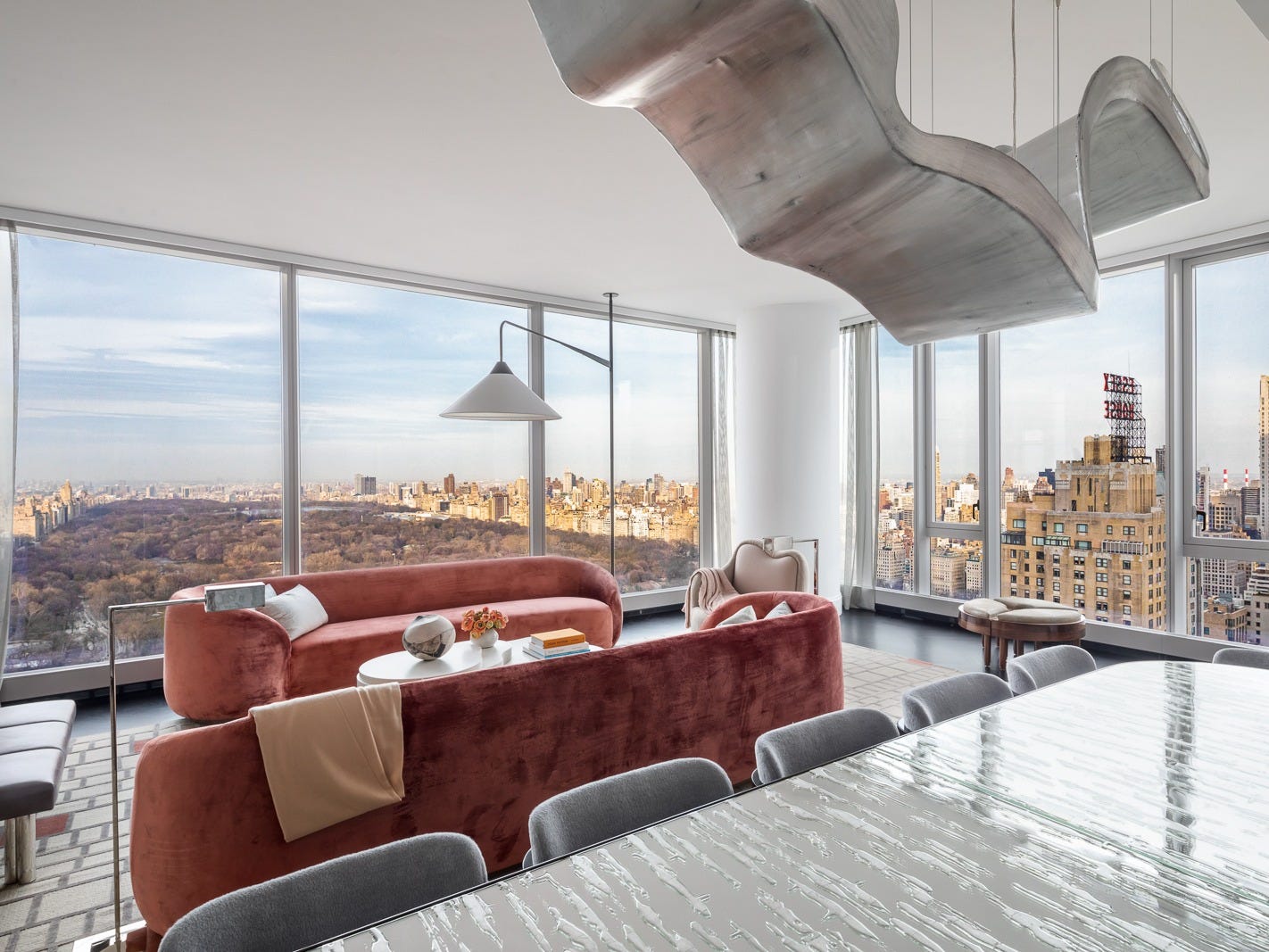 Last fall, Central Park Tower in New York City reached its full height of 1,550 feet, becoming the world’s tallest residential building, according to the Skyscraper Centre, a global tall building database from the Council on Tall Buildings and Urban Habitat.

The tower is still under construction, but the developer, Extell, has released photos of a $US17.5 million model residence on the 43rd floor designed by Pembrooke & Ives. The three-bedroom condo features wraparound floor-to-ceiling windows that offer spectacular views of Central Park.

Take a look at the first photos released of a residence in the world’s tallest residential building.

Central Park Tower, a 1,550-foot luxury condo tower in New York City, is the world’s tallest residential building, according to the Skyscraper Centre, a global tall building database from the Council on Tall Buildings and Urban Habitat. 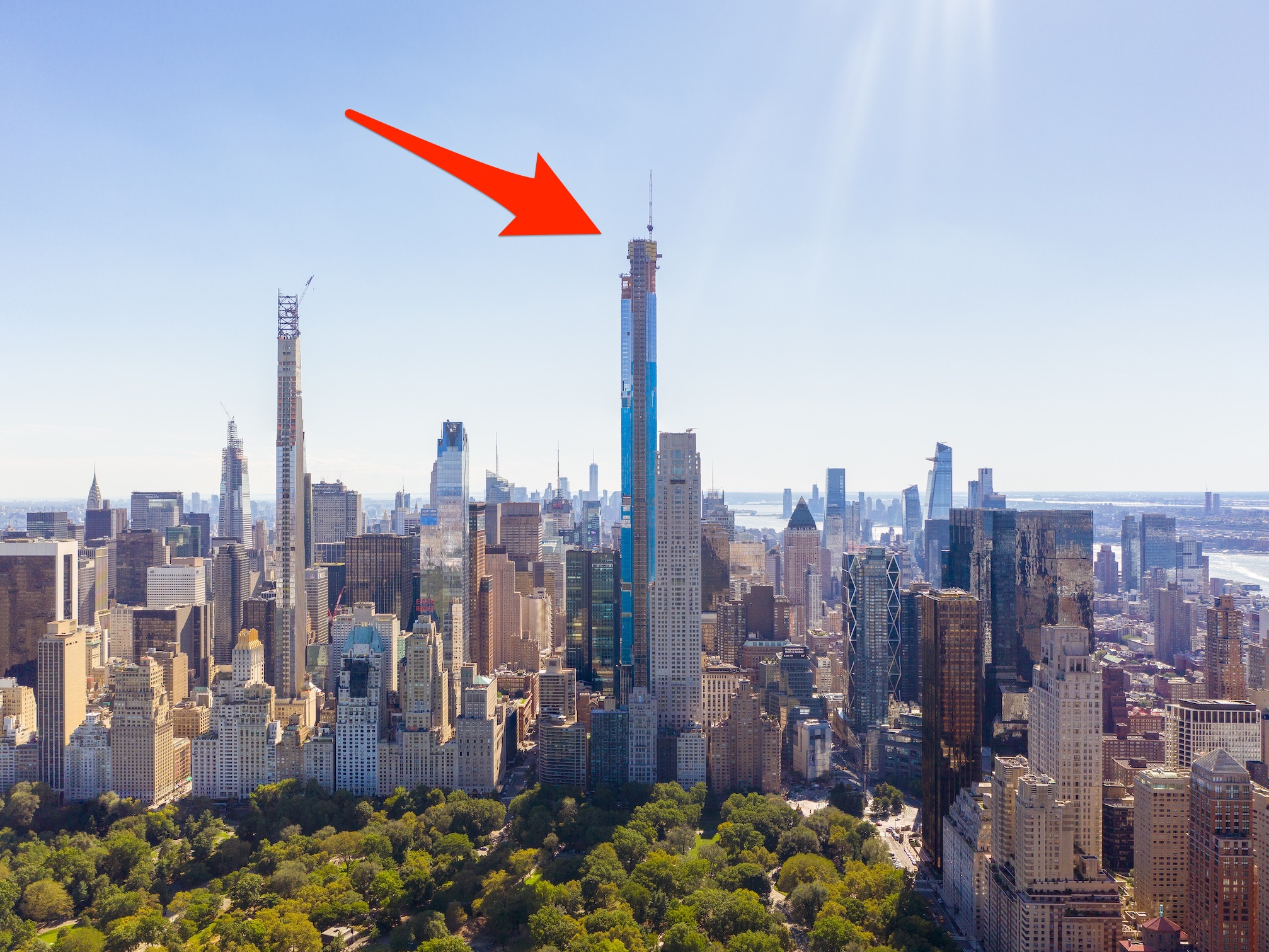 The 98-floor tower is still under construction and is expected to see its first residents move in later in 2020, a spokesperson for the developer, Extell, told Business Insider.

Now, the developer has released the first photos of one of the tower’s completed luxury condos. 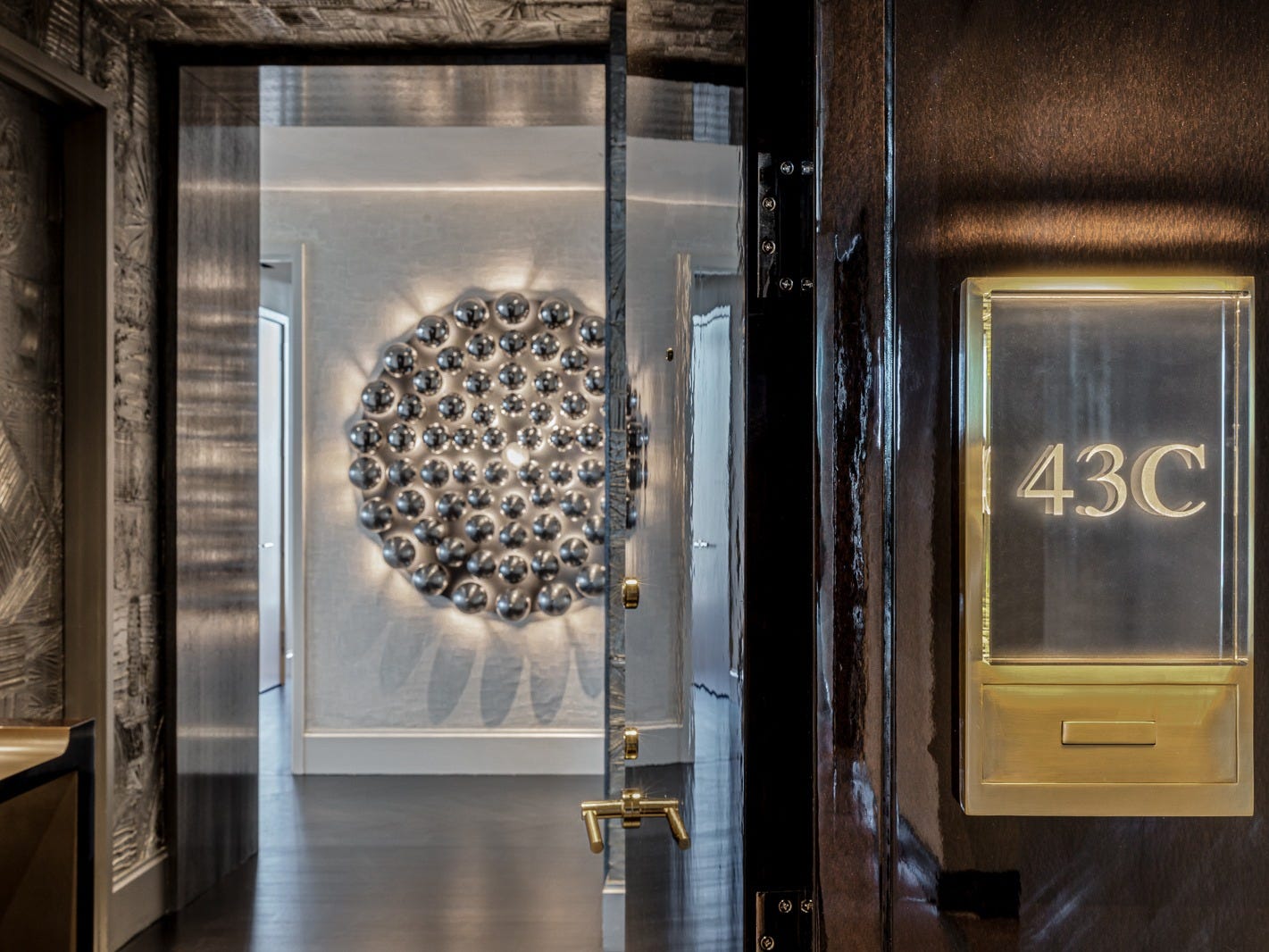 The designer, Pembrooke & Ives, created a dramatic entryway with blackened oak and a brushed metallic finish.

The grand salon has floor-to-ceiling windows and wraparound views of the city and Central Park. 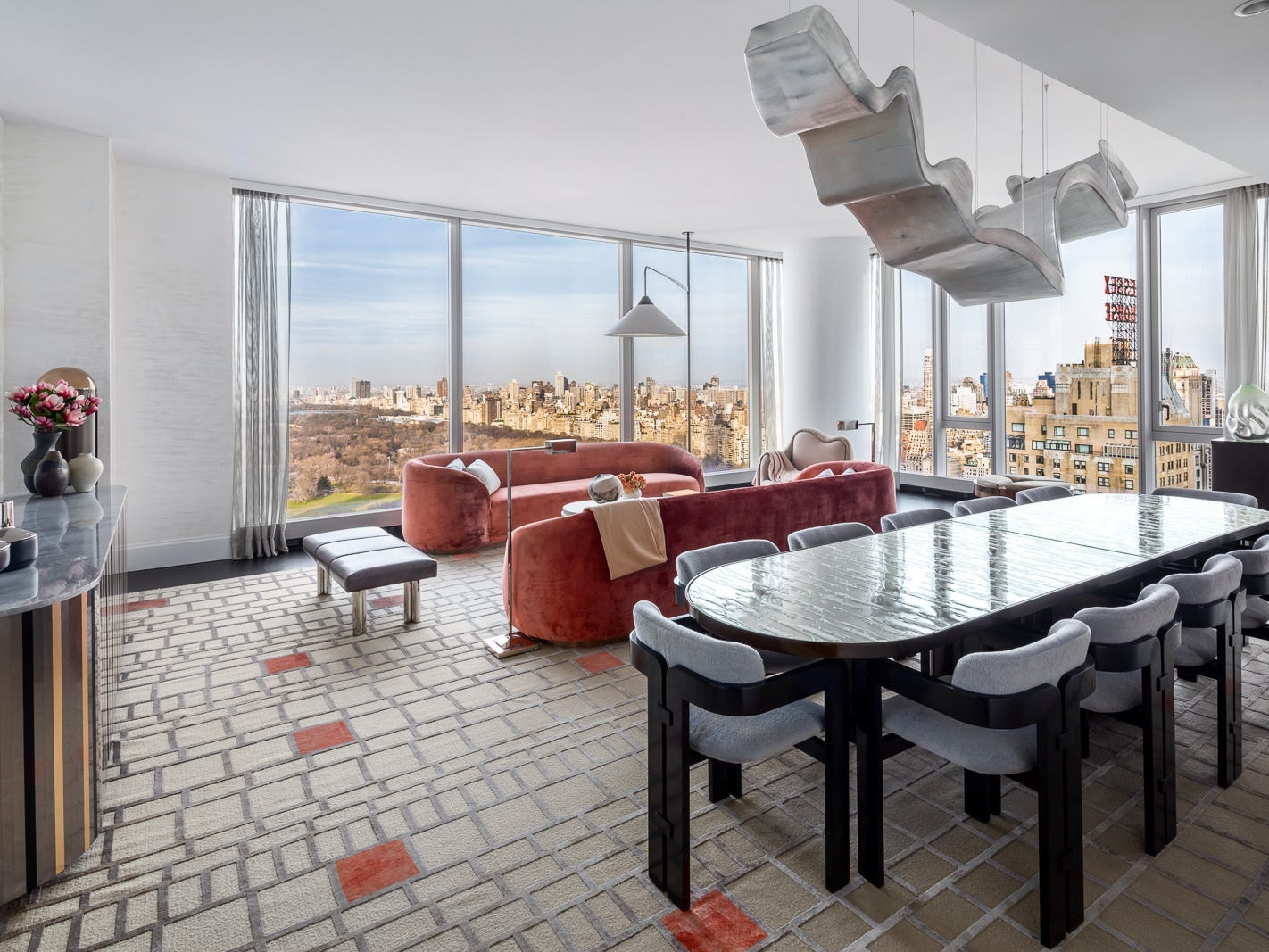 Hidden LED strip lighting illuminates the edges of the windows in the evening.

The room was designed to maximise the views of Central Park from the seating areas and from the dining table. 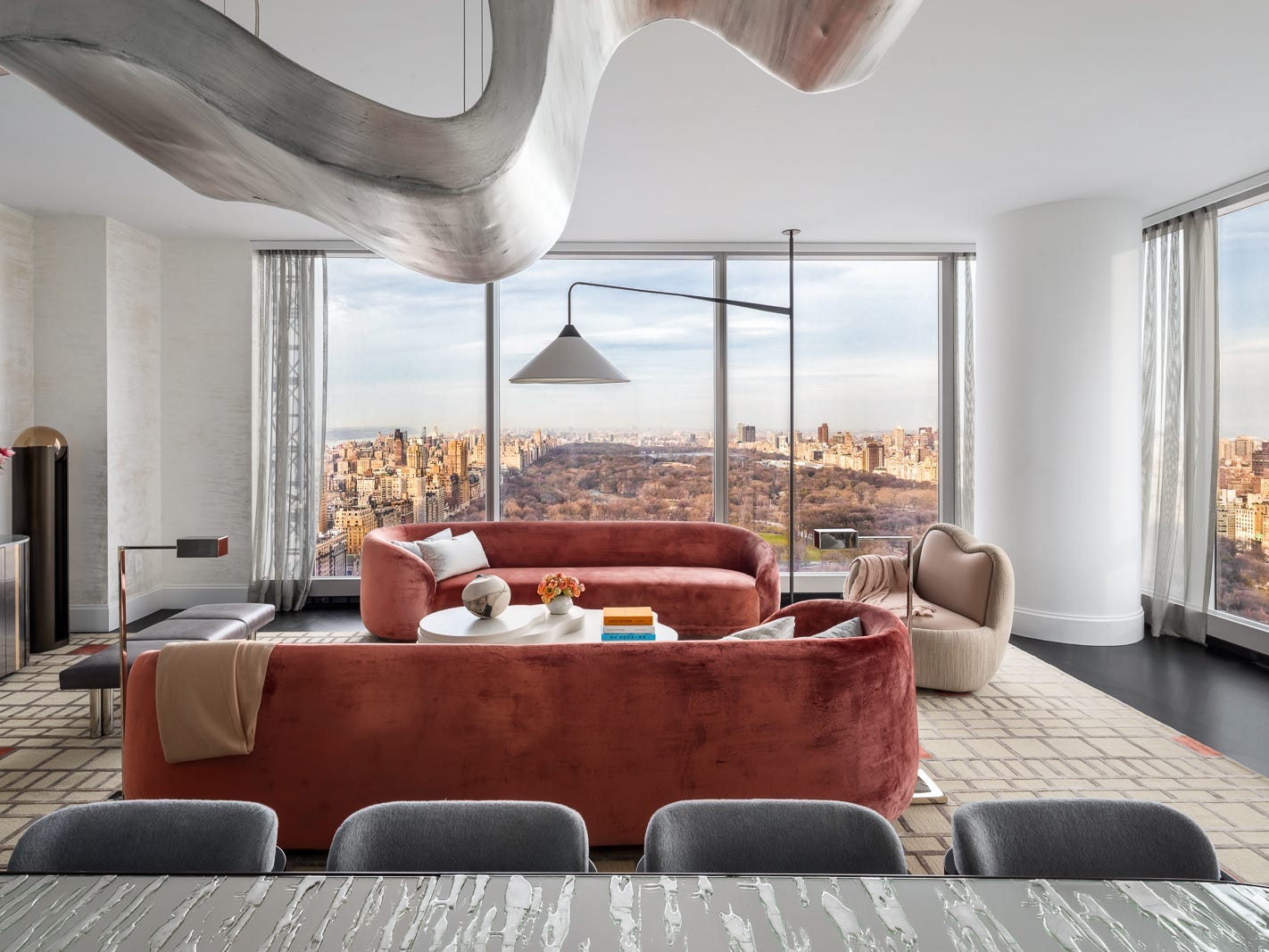 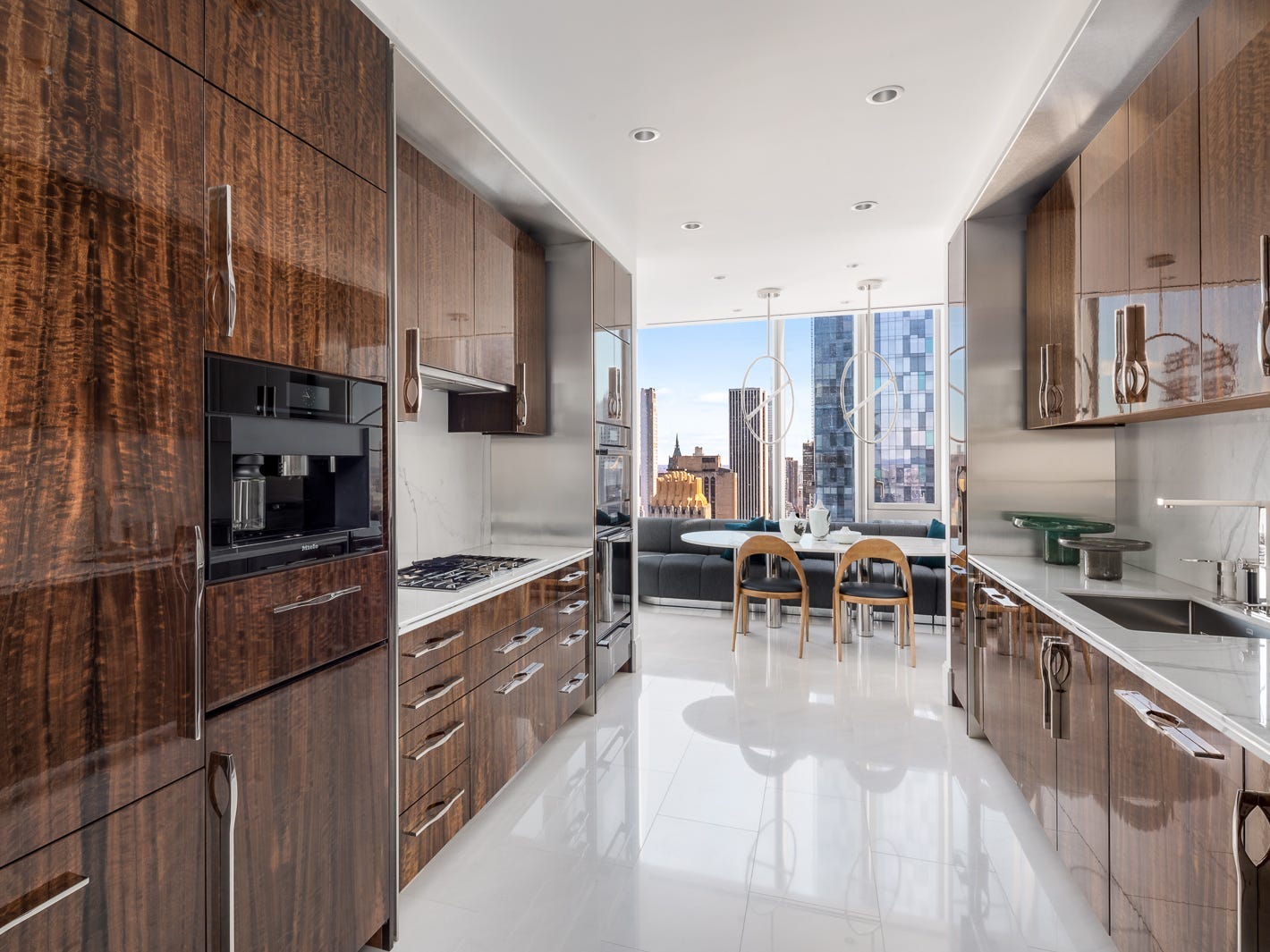 An eat-in breakfast area comes with a built-in banquette. 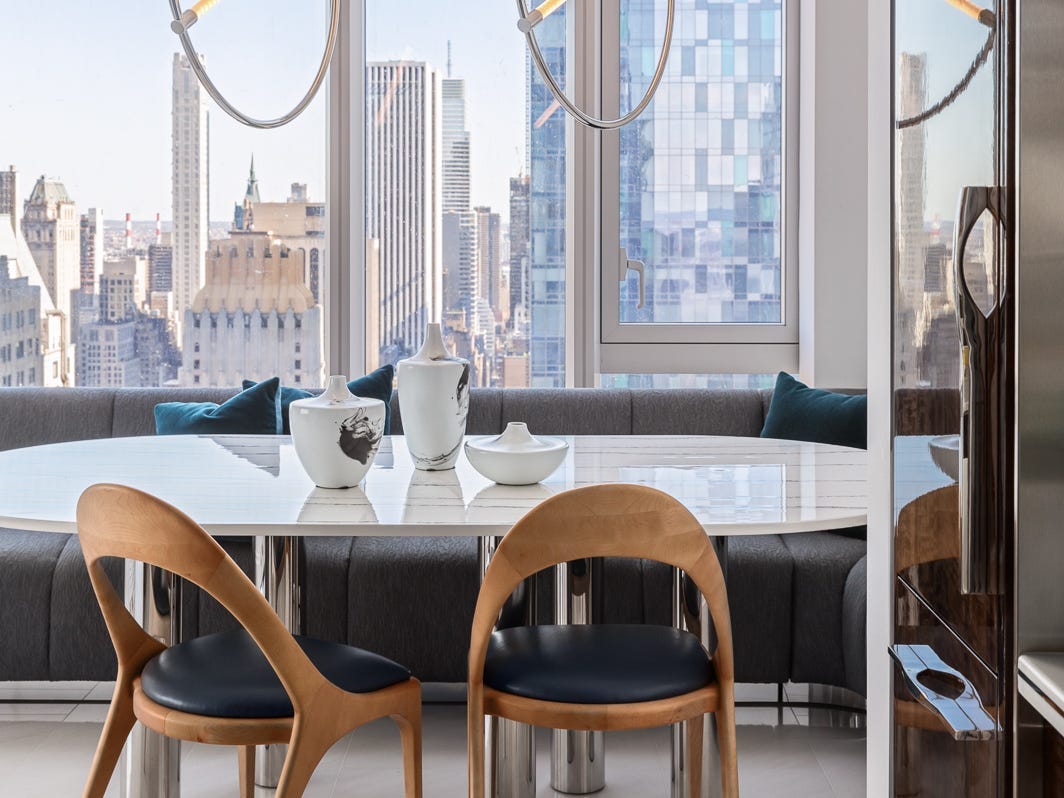 The condo’s master suite also features floor-to-ceiling windows with downtown views rather than views of the park. 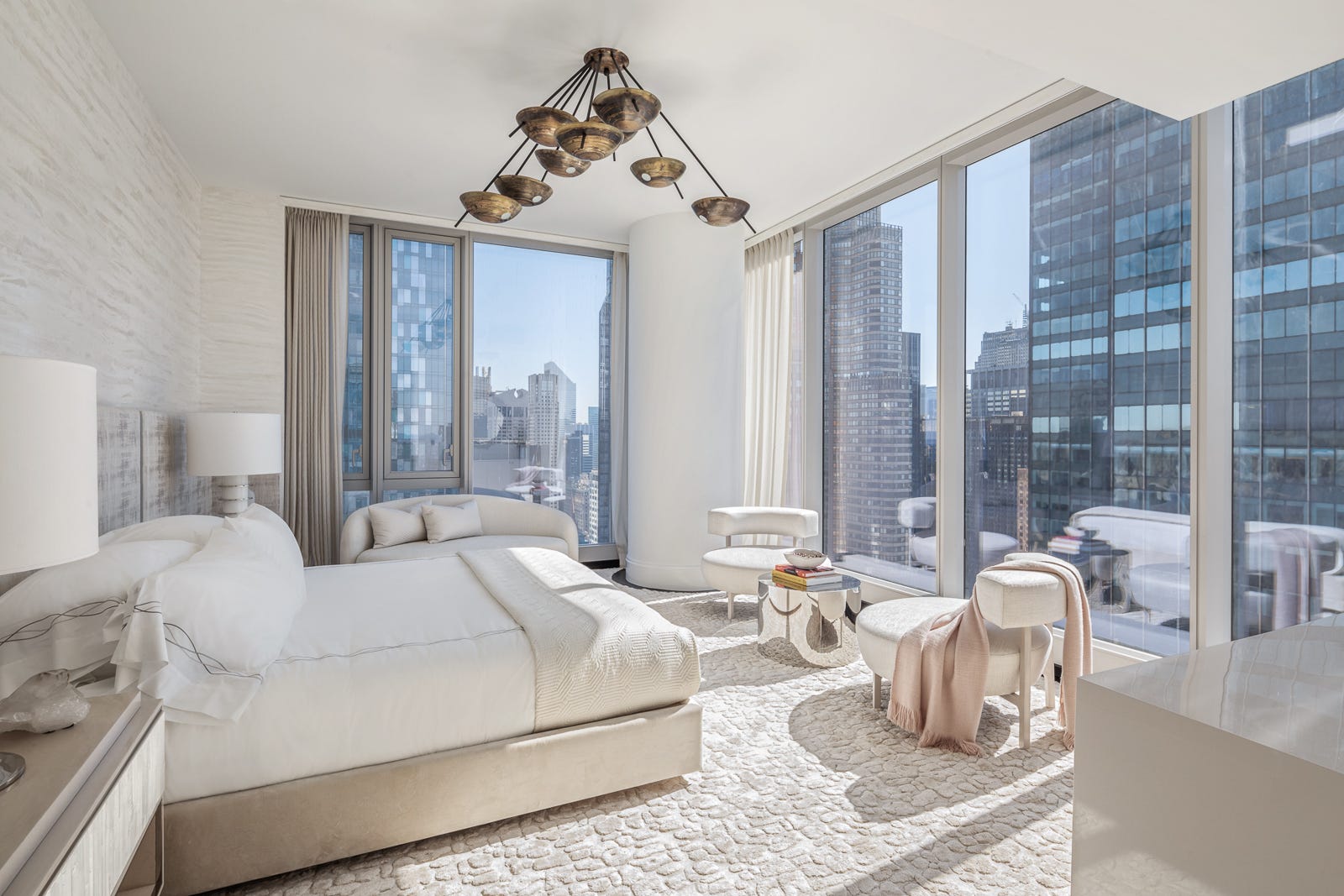 In the master bathroom is both a freestanding soaking tub and a walk-in shower. 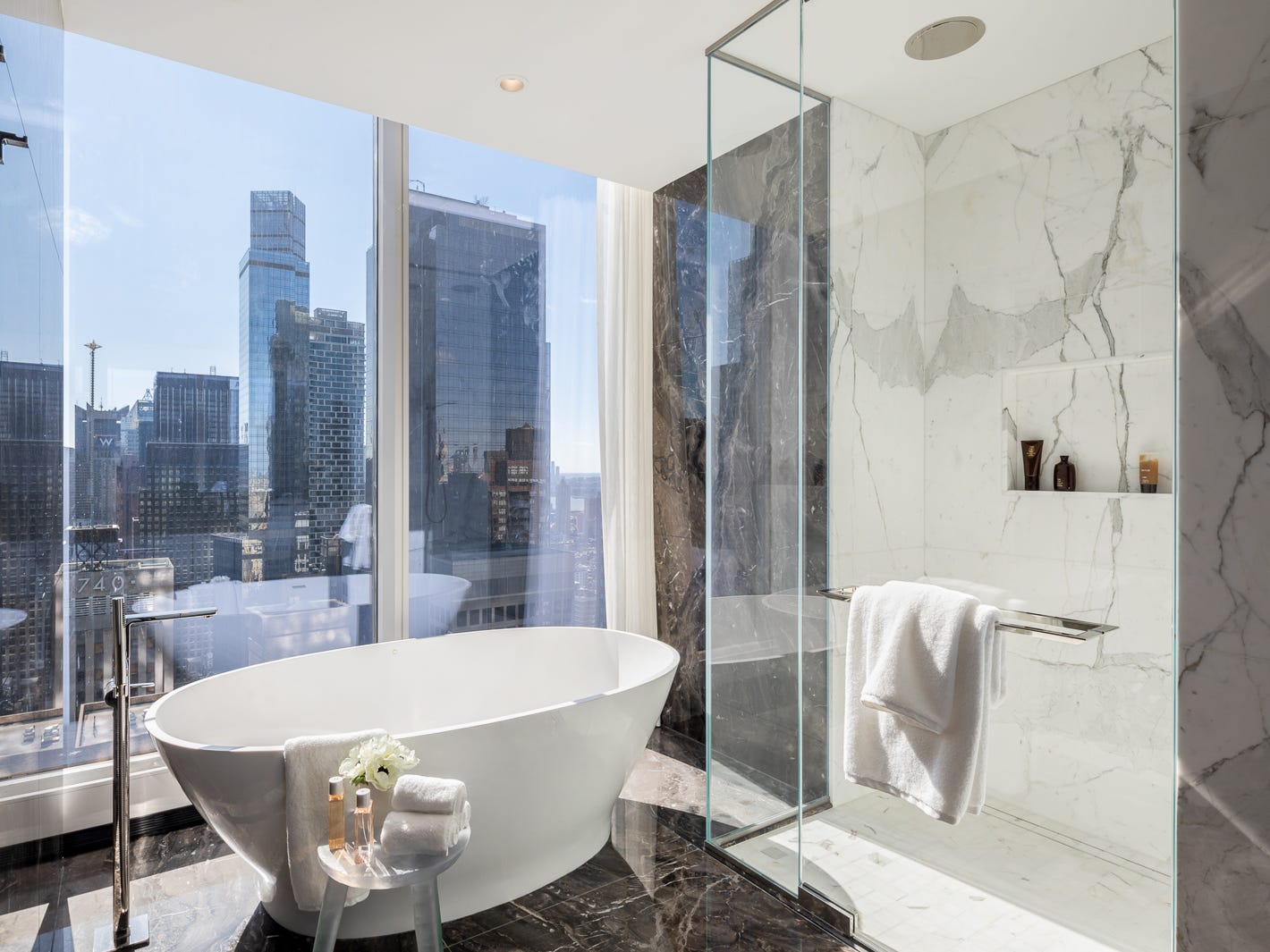 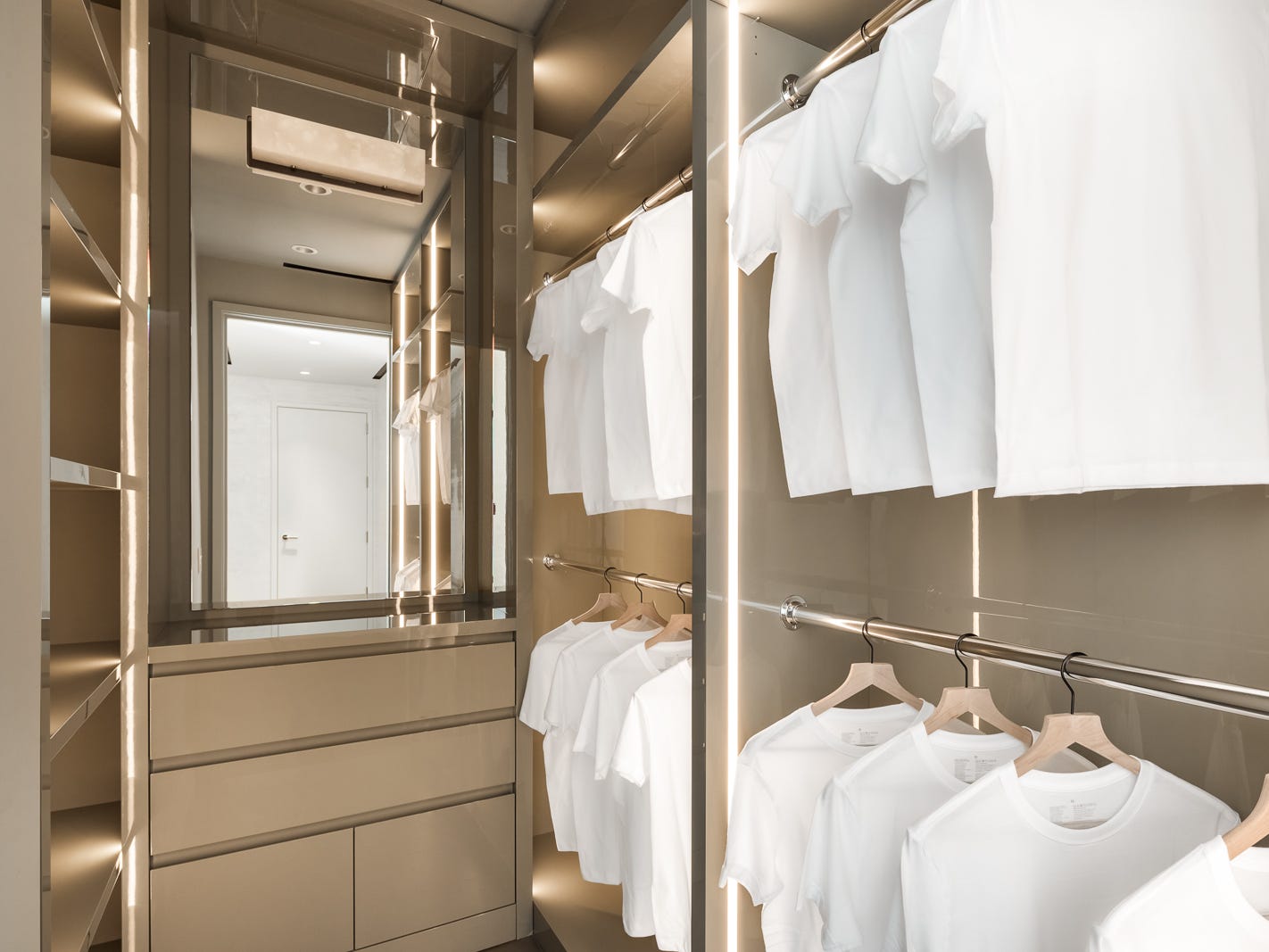 The guest suite features a view of One57, another supertall Billionaires’ Row tower that was completed in 2014. 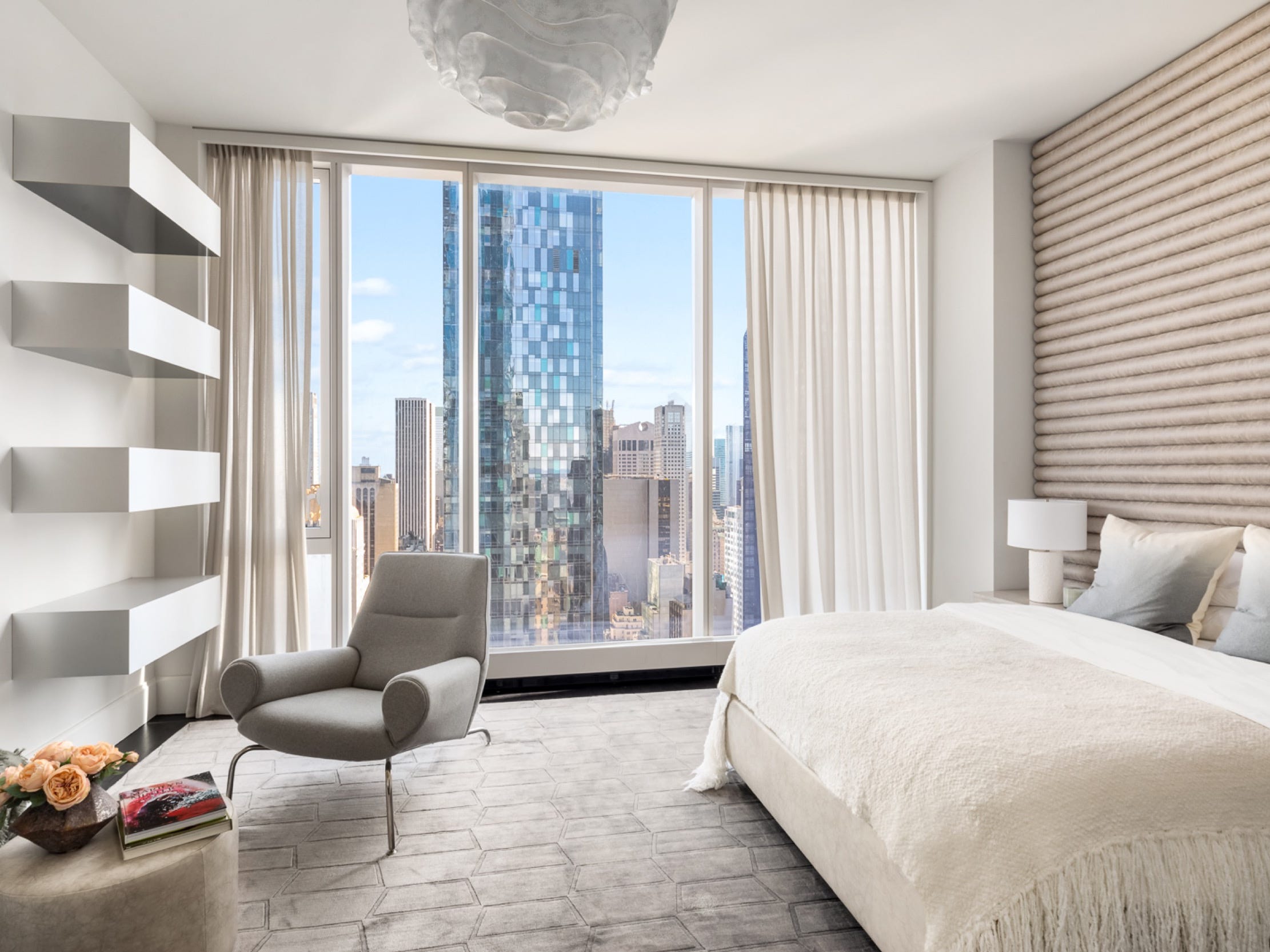 The study is outfitted with custom-designed pale oak wall panels. 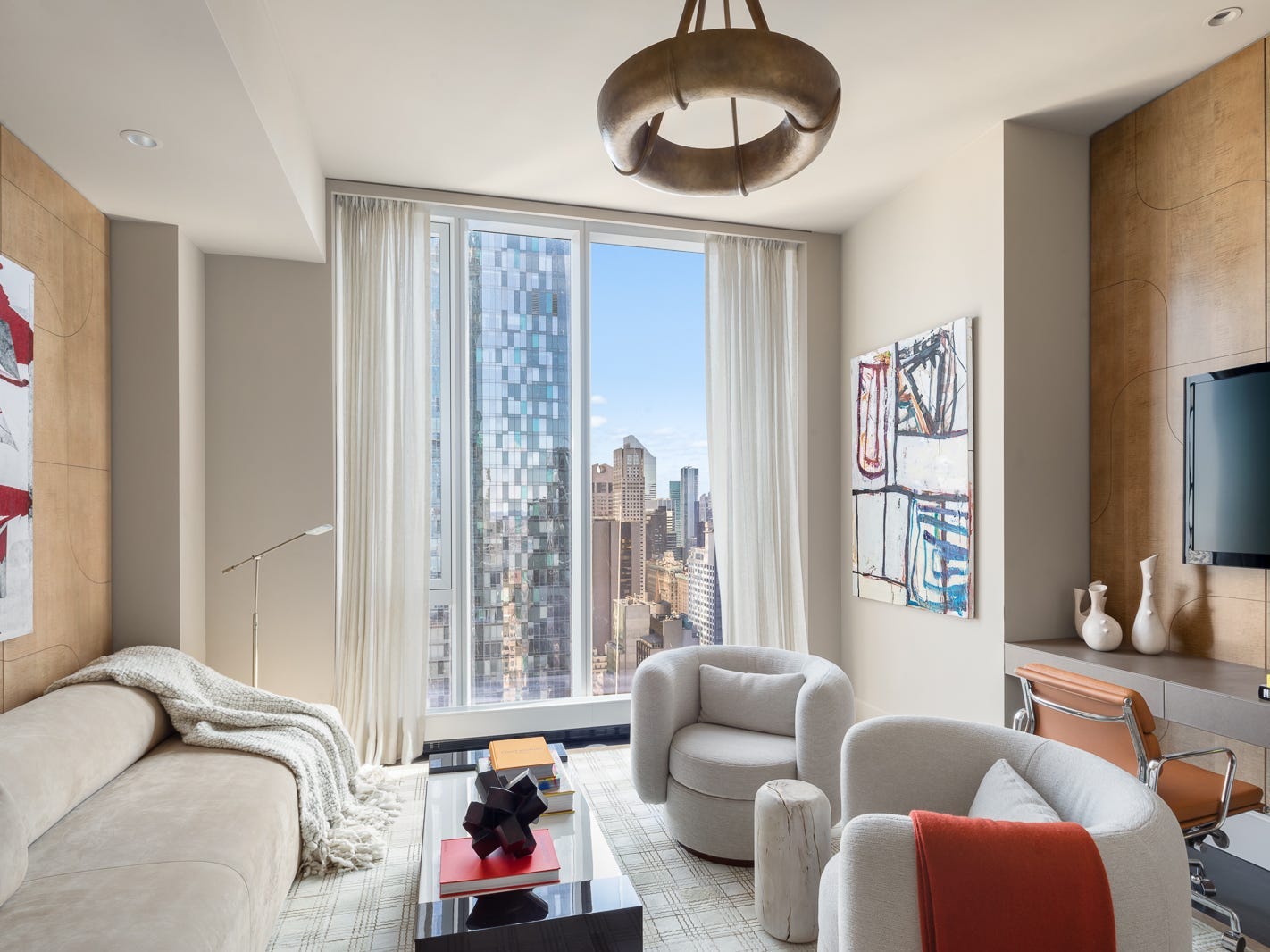 The 43rd-floor residence may be the first Central Park Tower condo to have photos released to the public, but at $US17.5 million, it’s far from the priciest condo in the building. 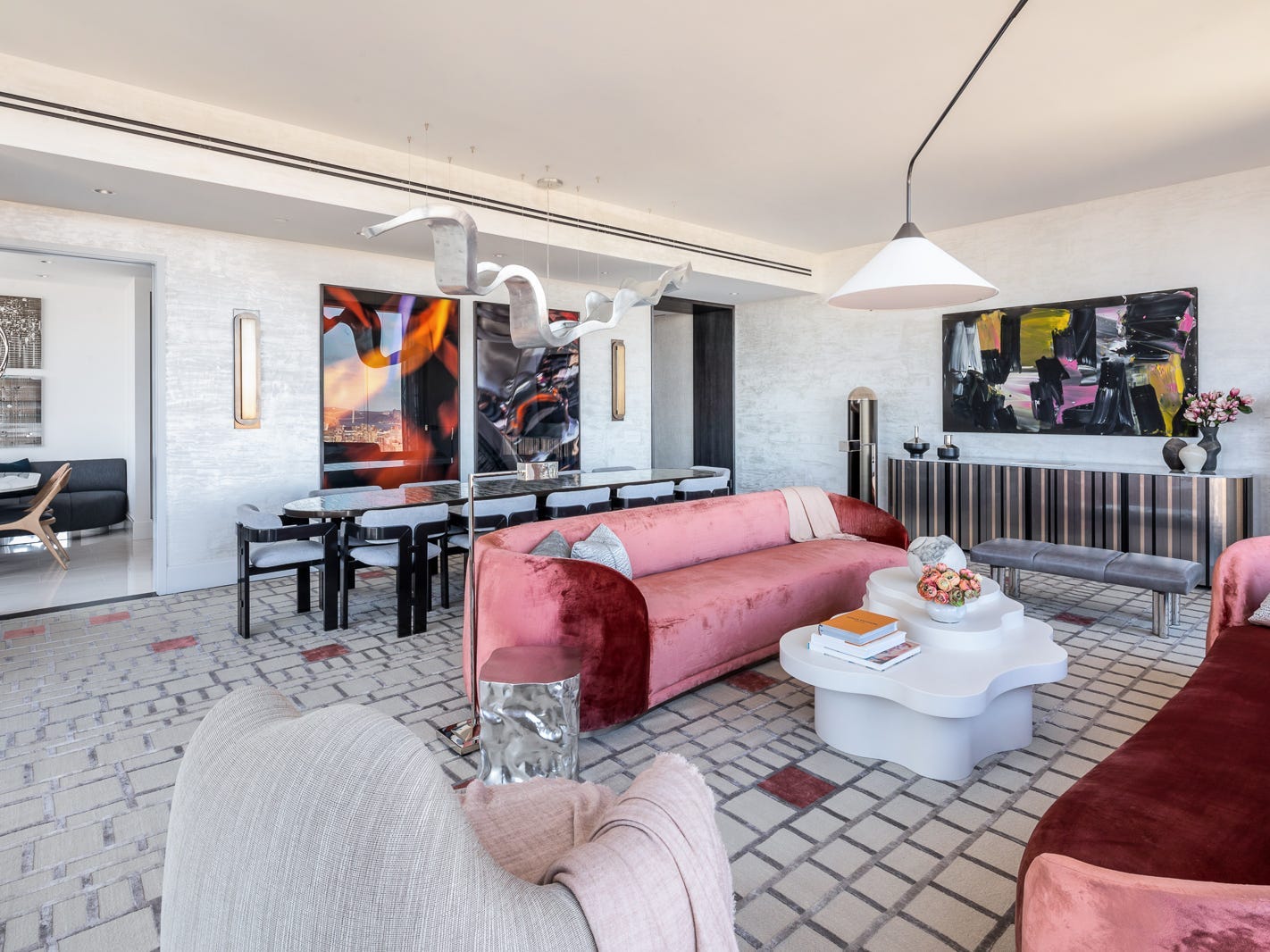 The tower’s current listings start at $US6.9 million for a two-bedroom condo. The most expensive residence on offer spans more than 7,000 square feet and will cost you $US63 million.