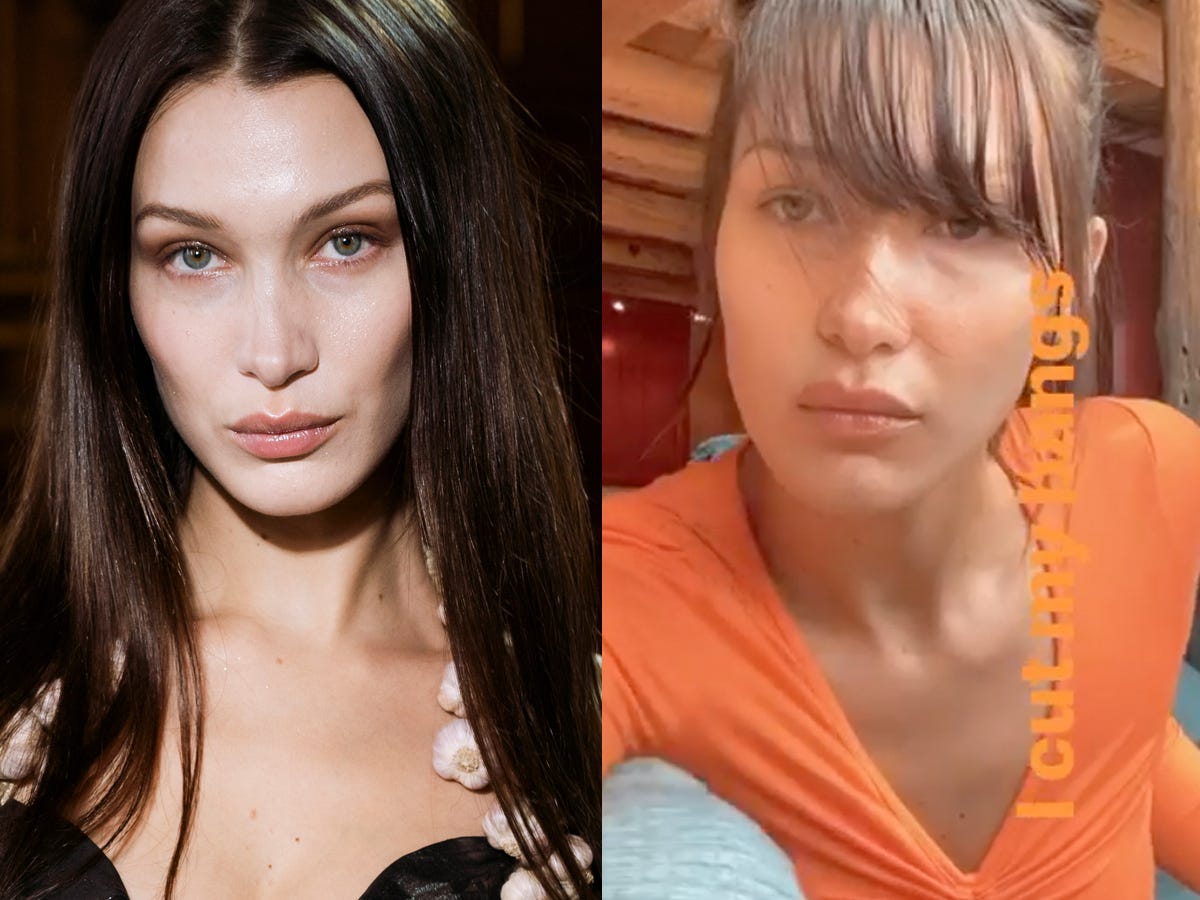 Without the help of stylists and glam squads, celebrities are discovering their own beauty skills while social distancing.

One of the major ways they’re doing so is by trimming their own hair. In recent weeks, stars including Bella Hadid, David Beckham, and Miley Cyrus have all given themselves quarantine haircuts. Others, like Hilary Duff and Ruby Rose, took things a step further by dyeing their hair in the process.

Here’s a look at some recent celebrity haircuts, ranked from worst to best.

11. Armie Hammer shocked fans by revealing a new mohawk and mustache on Instagram. 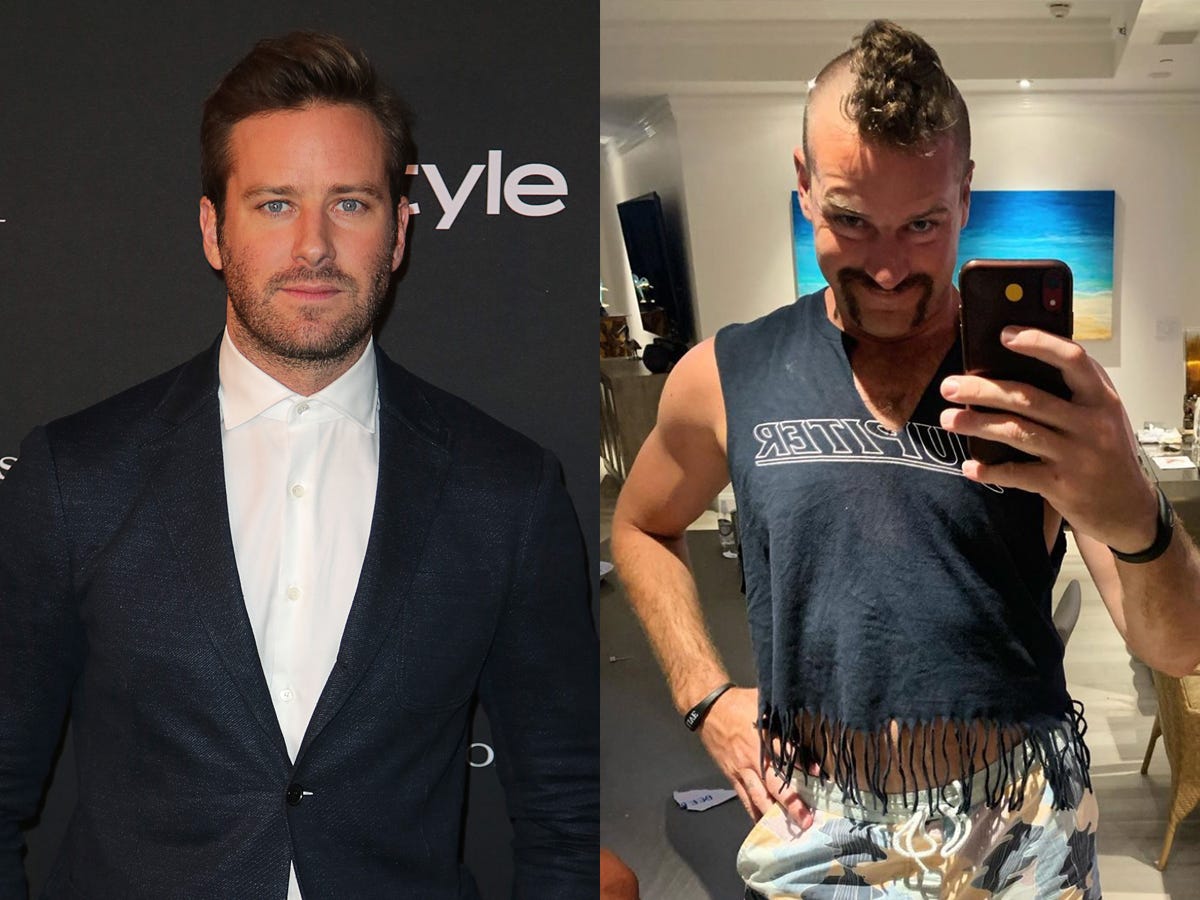 The actor debuted his new look while wearing a ripped crop top and patterned shorts. It’s likely that Hammer only wore the mohawk and mustache briefly, but that didn’t stop fans from expressing their opinions about the styles.

“I’m highkey terrified,” wrote one Instagram user. Others wrote messages like “you did NOT” and “this is NOT OK.”

10. Blake Shelton’s mullet, on the other hand, was questionable. 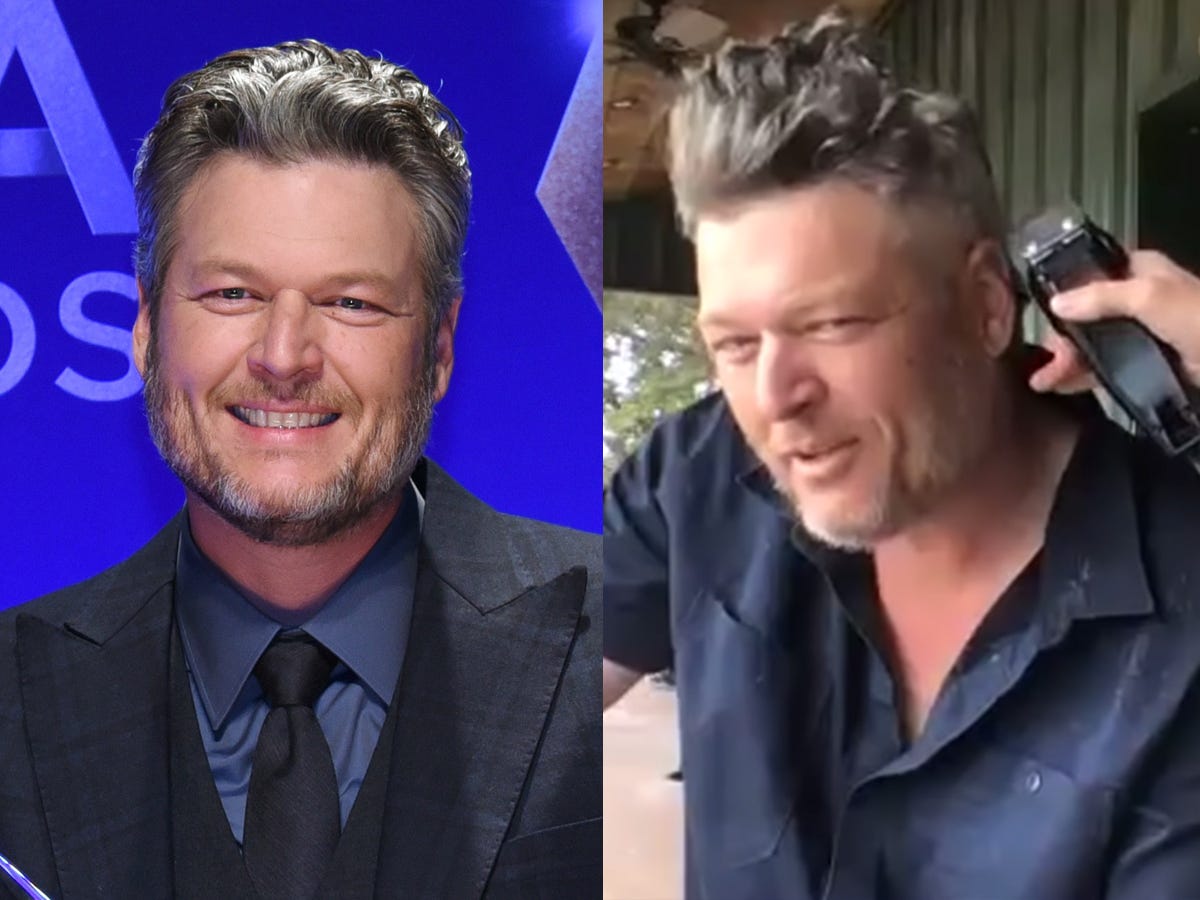 Mullets are in right now thanks to Joe Exotic, the controversial star of Netflix’s “Tiger King” series. Unfortunately, Shelton’s take on the style missed the mark.

Rather than creating a classic mullet, the country musician had his girlfriend Gwen Stefani shave Jimmy Fallon’s initials on each side of his head during an interview with the TV host. What Shelton might not have realised at the time is that his hair will now likely grow unevenly.

9. There was also a slight problem with Miley Cyrus’ mullet. 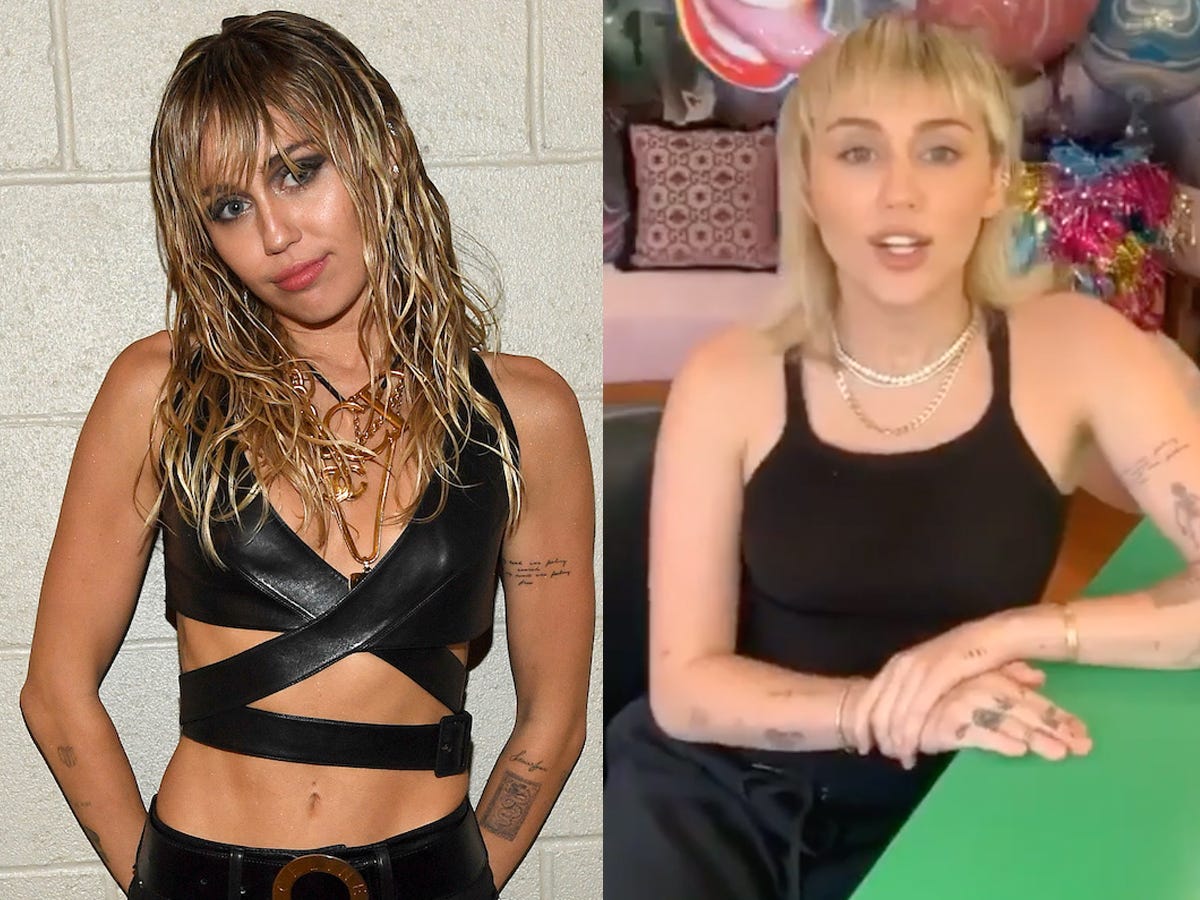 The musician has been sporting a shag hairstyle since November 2019 – and she looks great. Unfortunately, she had bad timing when turning the hairstyle into a mullet at the beginning of April, when “Tiger King” became popular. As a result, people began comparing her look to that of the Netflix star.

“You know how your phone listens to you, and just starts posting things like right after you say it?” Cyrus said on Instagram at the time. “So the minute I gave myself this haircut, all of the sudden all my updates were were just like ‘Tiger King’ memes.”

8. Joe Jonas brought back a style that he last wore around 2013. 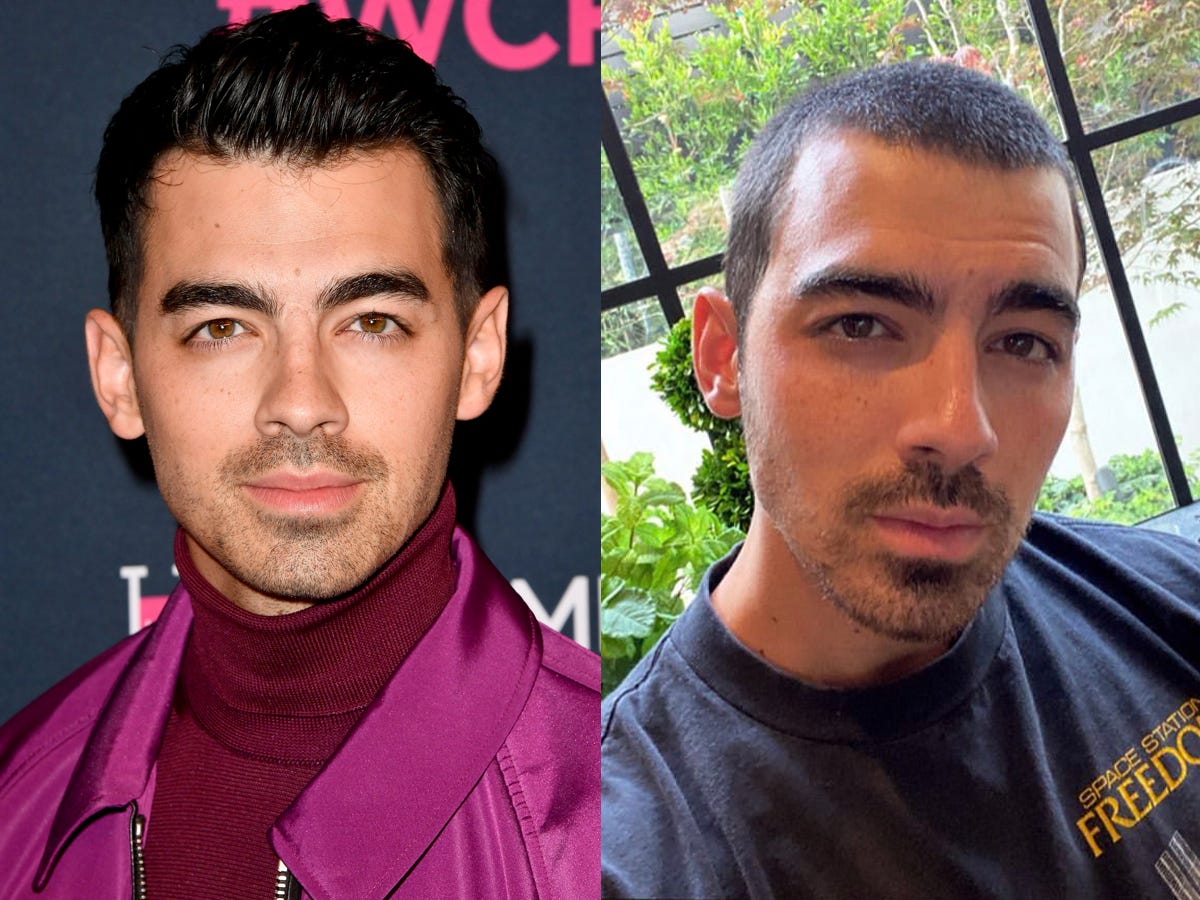 Jonas has worn a variety of hairstyles throughout his career, including shaggy curls, slick spikes, and even a buzz cut. The latter style was especially dividing among fans when he wore it in 2013, though Jonas seems to like it enough to wear it again.

This time around, people seem to be more into the style, but it’s far from the best celebrity haircut we’ve seen throughout the past few weeks. 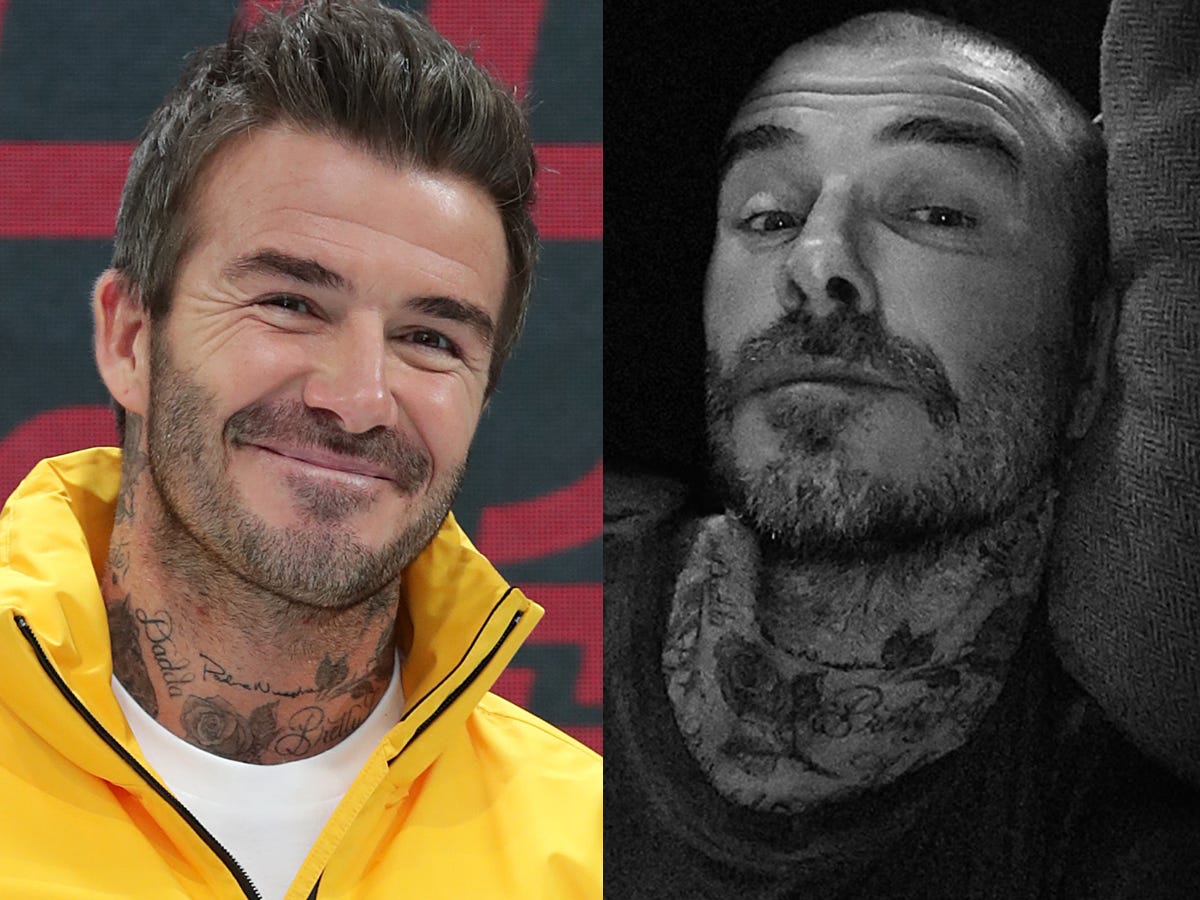 On April 3, Beckham shared a selfie on Instagram to reveal that he’d shaved his head. In the photo’s caption, he wrote: “Just had to be done ✂️#stayhome #staysafe #staystrong GOODNIGHT ????.”

Because he typically wears his hair in a tall, spiky style, this new look creates a more sleek and mature look.

The model showed off her new hairstyle at the end of April,posting numerous photos of her look on Instagram. She also shared a video of herself cutting her friend’s hair, proving that she has some serious cosmetic skills.

Of course, this isn’t the first time Hadid has rocked bangs – she frequently wears them on the runway – but it’s unlikely that she’s always cut them herself. However, she might want to consider doing so from now on since this style turned out so well.

5. Britney Spears also gave herself bangs after nearly a month of reflection. 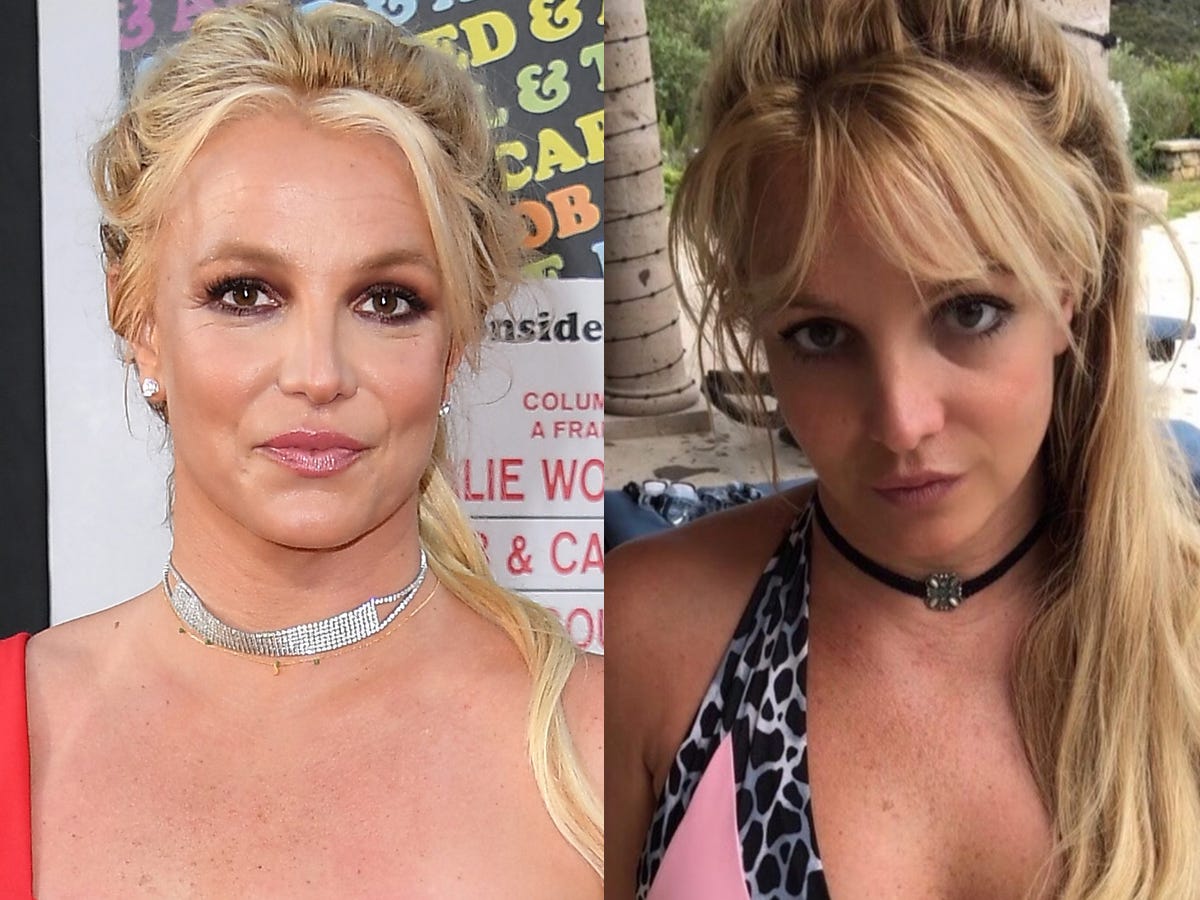 Steve Granitz/Getty Images and Britney Spears/InstagramBritney Spears usually wears some style of bangs, but recently went without them.

On May 18, the musician shared an Instagram post in which she reflected on the bangs she’s worn since childhood, and said the hairstyle makes her feel “protected.”

4. Ruby Rose, on the other hand, shared some hair-dye inspiration on the platform. 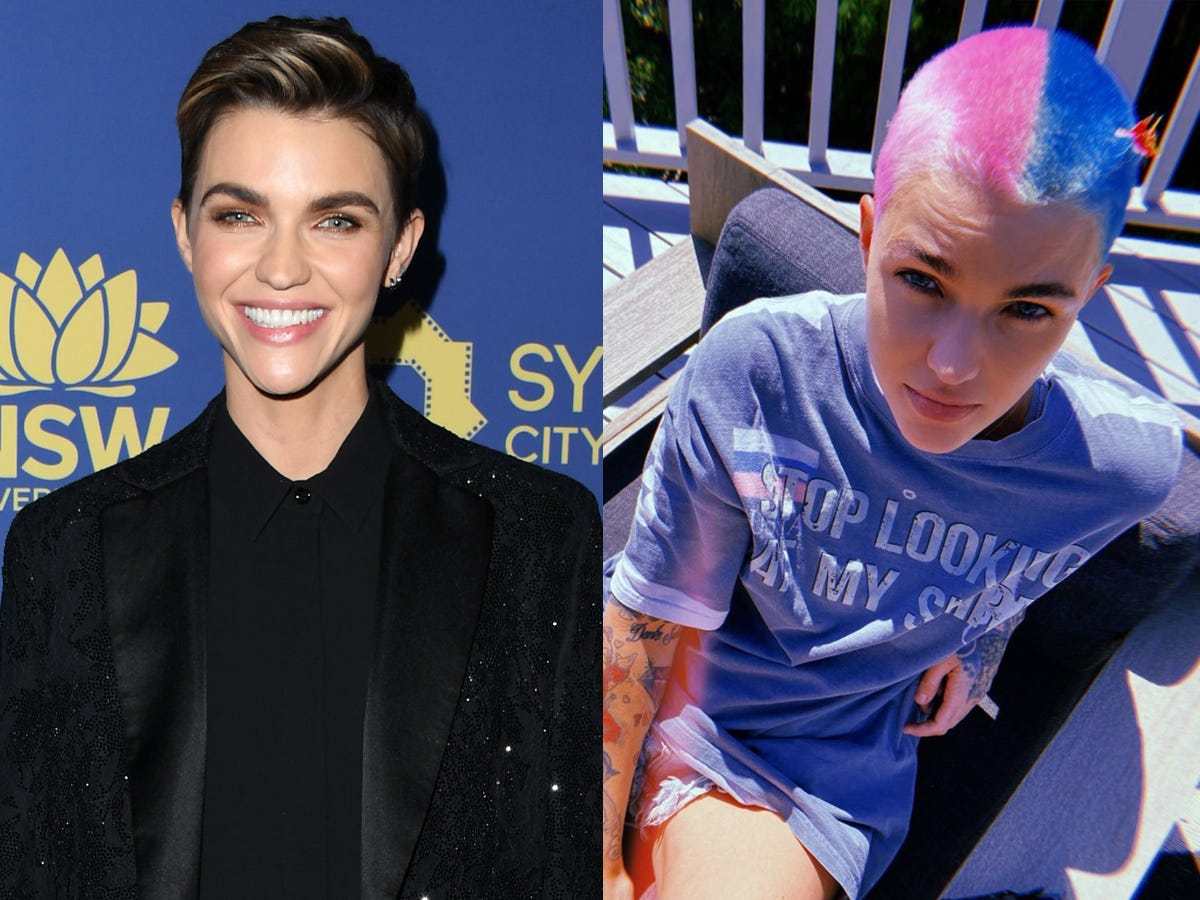 Jon Kopaloff/Stringer/Getty Images and Ruby Rose/InstagramRuby Rose dyed one half of her hair pink, and the other half blue.

In an Instagram post on May 1, the actress wrote: “What can I say!? Sometimes you just need to feel blue and other times you need pink to lighten your day.”

However, it wasn’t just the colour of her hair that she’d changed; Rose had also shaved her short bob into a buzz cut. Both hair changes look great together, and can now serve as inspiration for those wanting to take a bold leap during their next at-home hairstyling session.

3. Rosalía is another celebrity who took part in the at-home haircut trend. 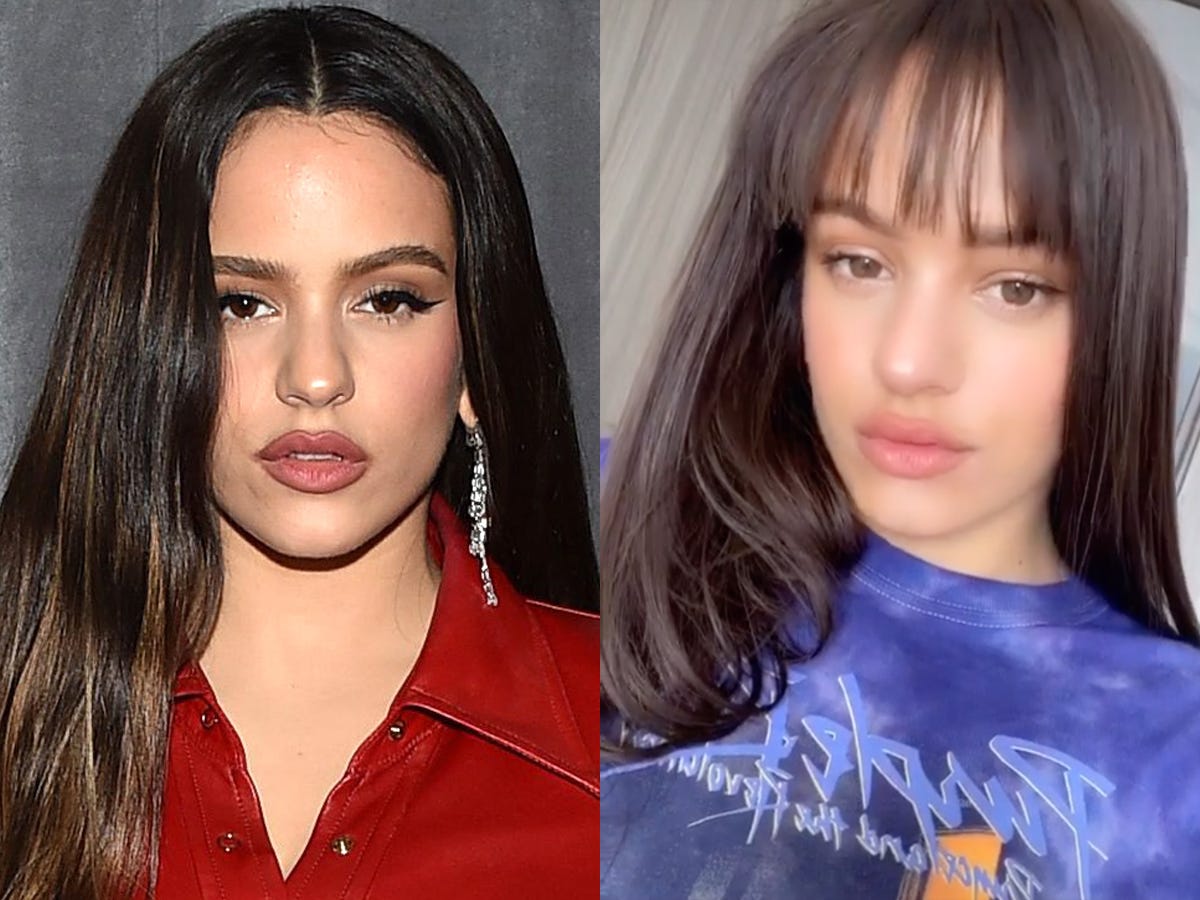 John Shearer/Getty Images and Rosalía/InstagramRosalía looks stunning with and without bangs.

Though the style is a big departure from her usual middle part, it clearly suits her. She’s posted multiple photos of herself rocking the new bangs, and fans have commented that they love the change.

2. Ben Schwartz looks like a different person after his recent haircut. 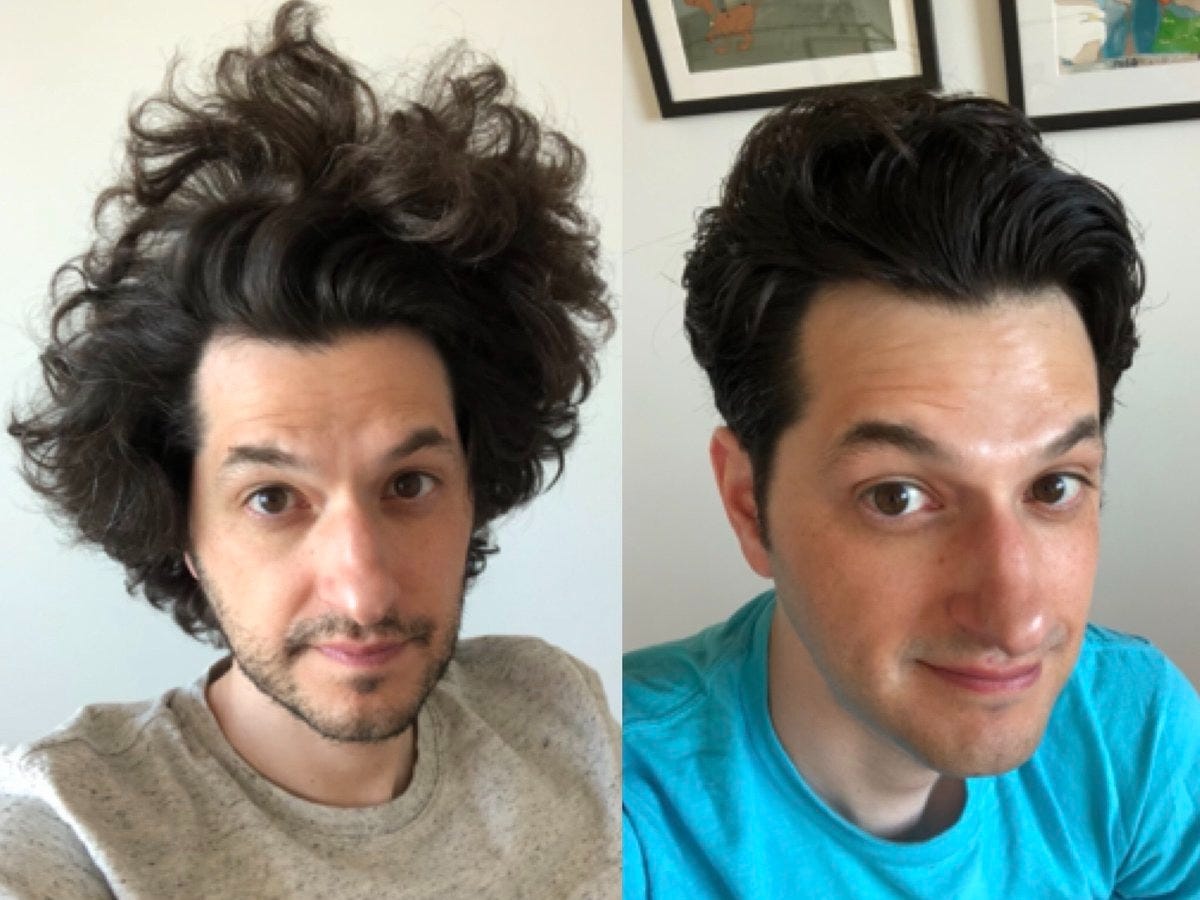 Ben Schwartz/TwitterBen Schwartz swapped his long curls for a much shorter style.

He shared before-and-after photos of his new style on Twitter, writing: “Went to my garage and removed a small dog amount of hair from my head.” 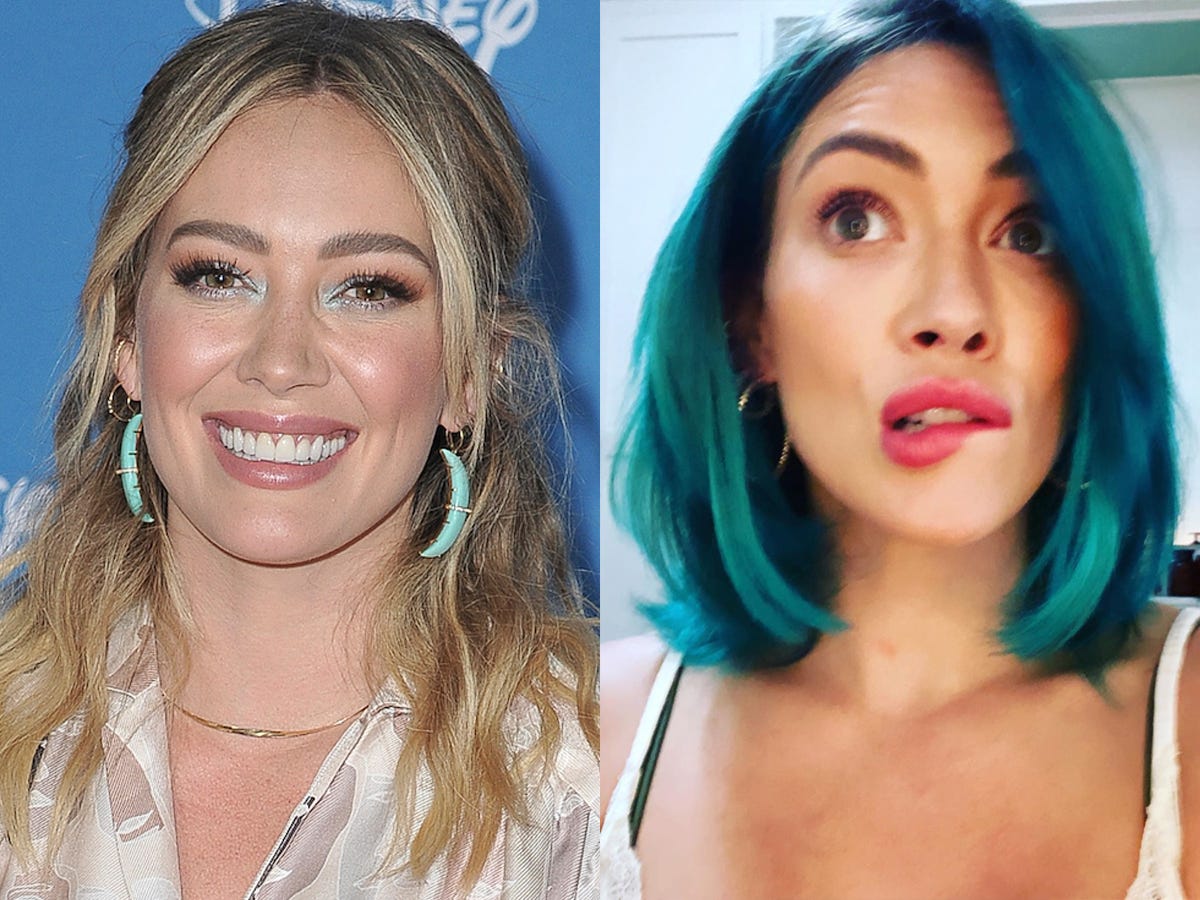 Richard Shotwell/Invision/AP and Hilary Duff/InstagramHilary Duff can pull off just about any hair colour.

Not only did she have her husband dye her hair blue, but Duff also chopped her long strands into a shoulder-length style. Though the change was drastic, it was positively received by many of her fans.

The actress also seems to be a fan of the colour, as she’s worn it in the past to promote her music.