THEN AND NOW: Here's how the longest celebrity couples evolved over the years Jeff Kravitz & Steve Granitz/ GettyEllen DeGeneres and Portia de Rossi have been together for years.

One of the benefits of a long-term relationship is that you get to grow old together. Long-lasting celebrity couples also do it in the public eye.

Many of these famous couples – from Tim McGraw and Faith Hill to Ellen DeGeneres and Portia de Rossi – have gone through various transformations over their decades-spanning relationships.

From then to now, here’s how these long-lasting celebrity couples have grown over time.

Dax Shepard and Kristen Bell have been together for 13 years. 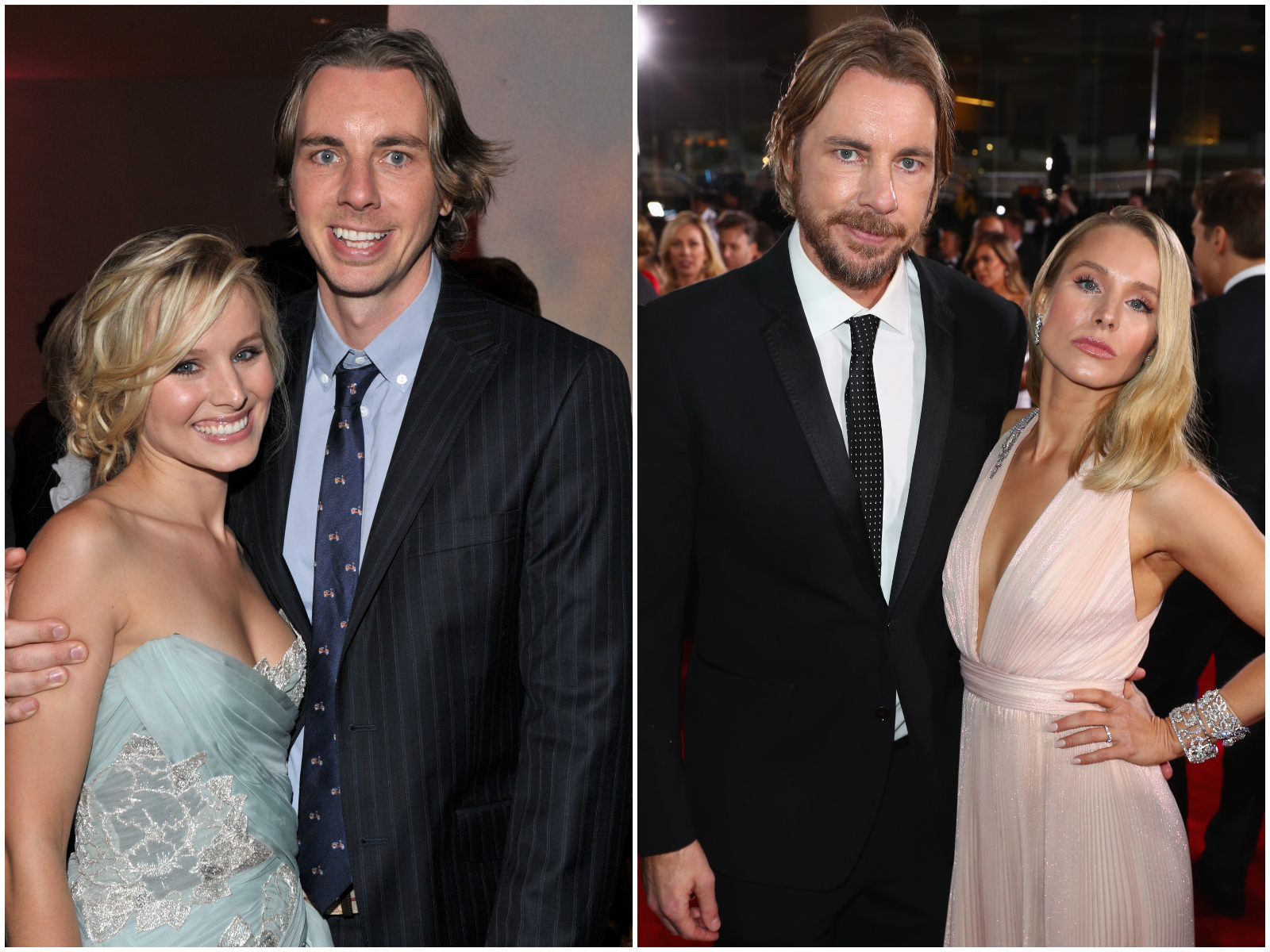 Dax Shepard and Kristen Bell had a rocky start to their relationship. In 2007, the couple met, but Bell said she felt “no sparks whatsoever.” After finally getting together, they broke up in 2011 but officially tied the knot in 2013. Today, they are still married with two kids.

Justin Timberlake and Jessica Biel have also been together for 13 years. Dimitrios Kambouris & Pascal Le Segretain/ GettyThey have been together for over a decade.

Justin Timberlake and Jessica Biel met at the 2007 Golden Globe Awards and started dating soon after. In 2011, they took a break but said their “I dos” a year later. Now, the couple is still going strong and they have one child together.

John Legend and Chrissy Teigen met in 2006 and have been together ever since. 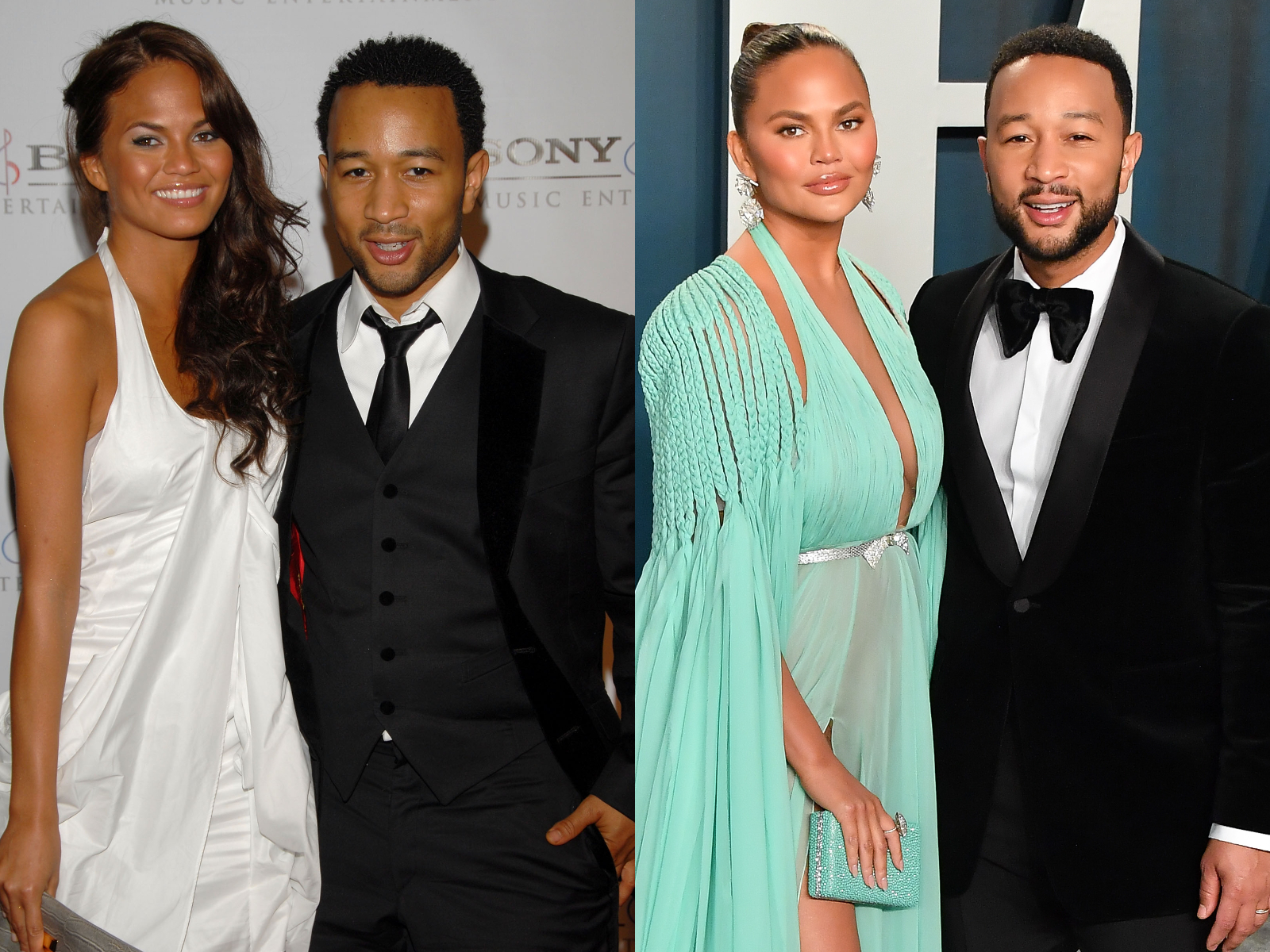 On the set of John Legend’s music video for “Stereo” in 2006, the singer met his future wife, model Chrissy Teigen. In 2013, the couple tied the knot in Italy. Since then, they have become a power couple and have two children together.

Sarah Michelle Gellar and Freddie Prinze Jr. have been together for 20 years. While filming “I Know What You Did Last Summer” in 1997, actors Sarah Michelle Gellar and Freddie Prinze Jr. met, but they didn’t start dating until 2000. Today, they are married and have two children.

Sacha Baron Cohen and Isla Fisher have been married for 10 years but have been together for 18. Actors Sacha Baron Cohen and Isla Fisher first met in 2002 at a party in Australia. The pair didn’t tie the knot, though, until 2010 at a private wedding attended by only six people.

Catherine Zeta-Jones and Michael Douglas have been an item for two decades. 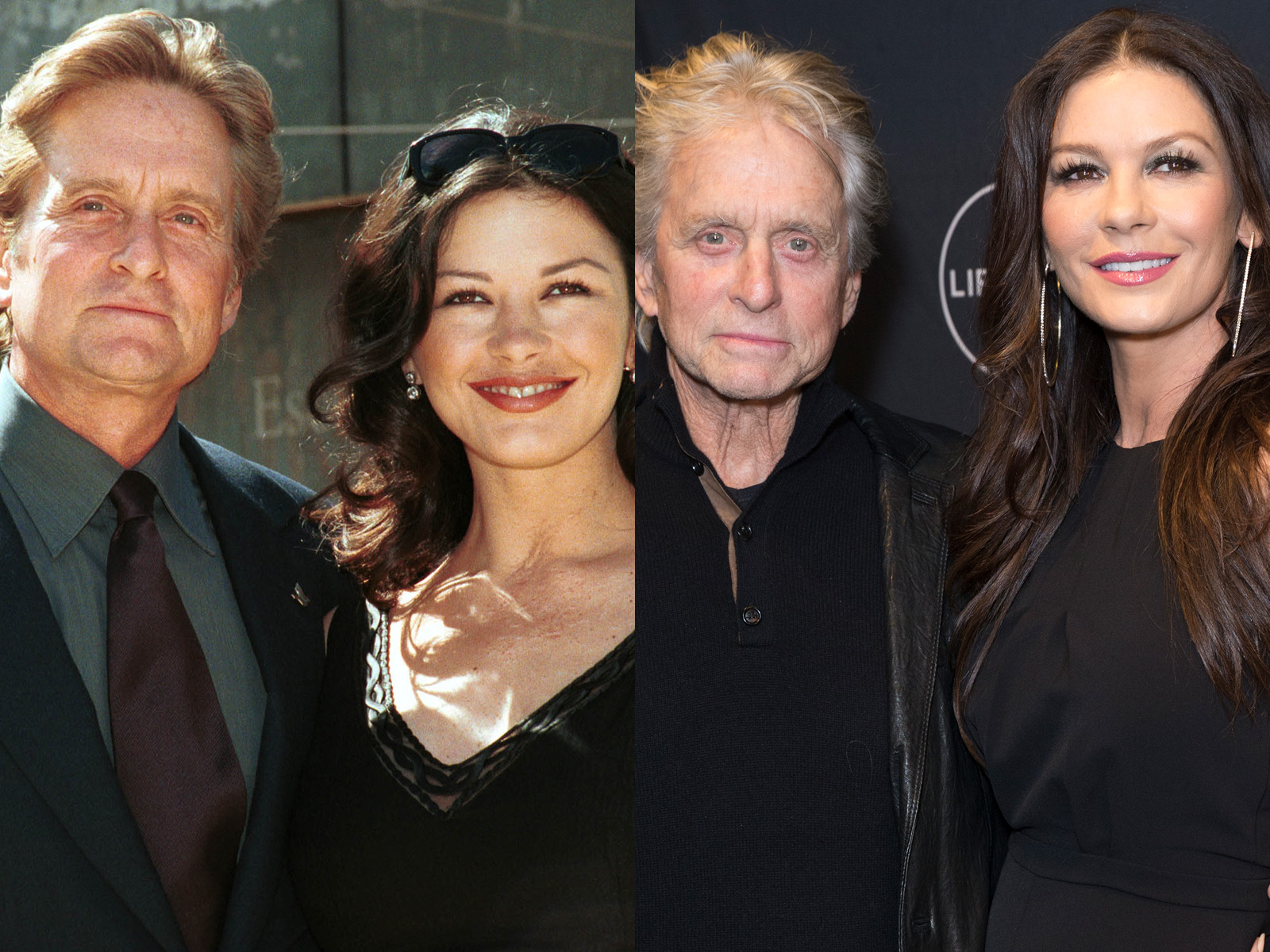 Catherine Zeta-Jones and Michael Douglas have a lot in common: They’re both Academy Award winners, they share the same birthday, and they’re madly in love. The couple met at a film festival in 1996 and married in 2000. Despite a short break apart in 2013, the couple is still together today with two children.

David and Victoria Beckham have also been together for two decades. 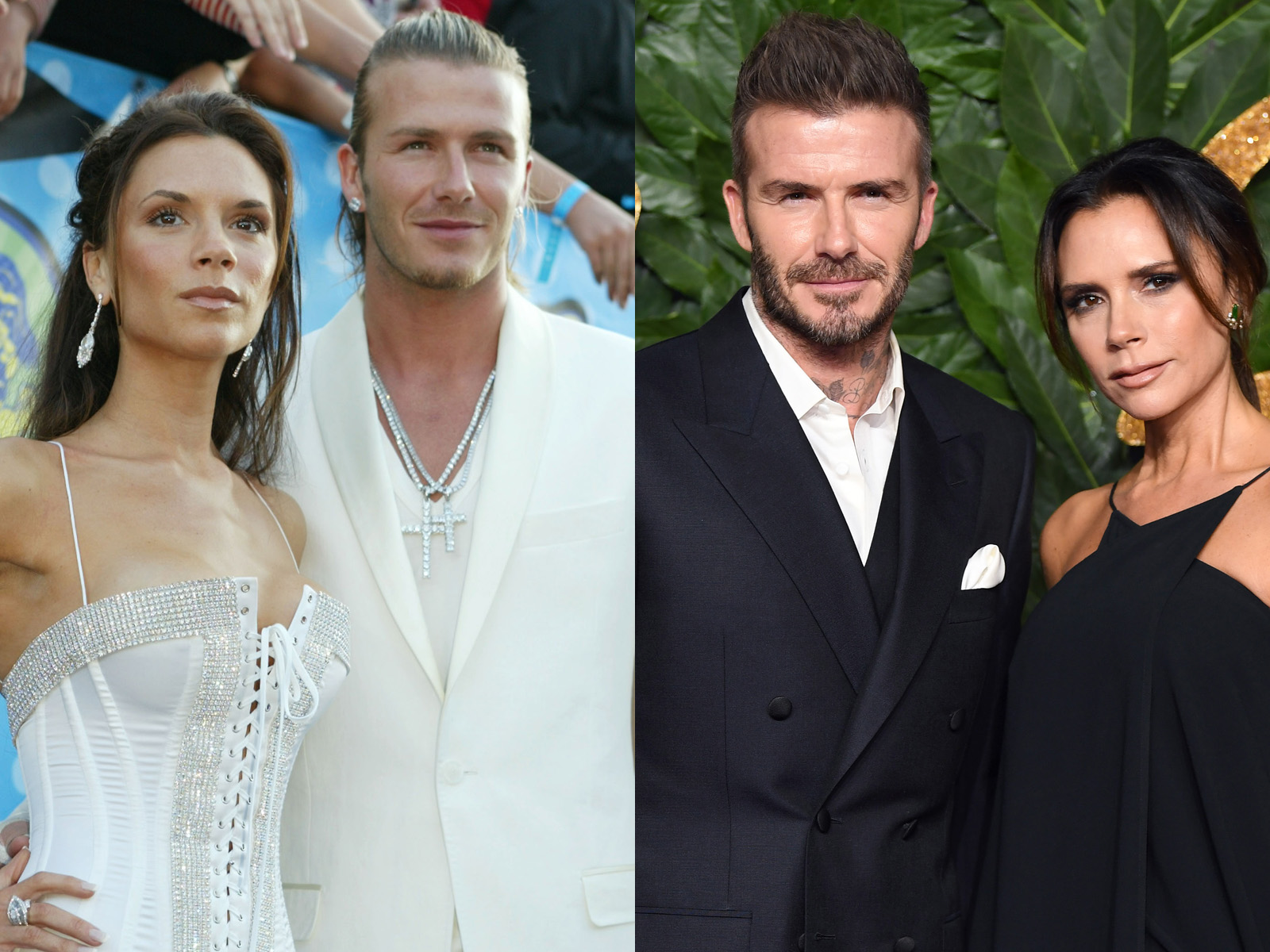 In 1997, Victoria Beckham – known then as Posh Spice – gave her number to soccer star David Beckham. She described it as “love at first sight.” In 1999, the pair tied the knot, and are still happily married today with four children.

Ellen DeGeneres and Portia de Rossi have been together for 15 years. 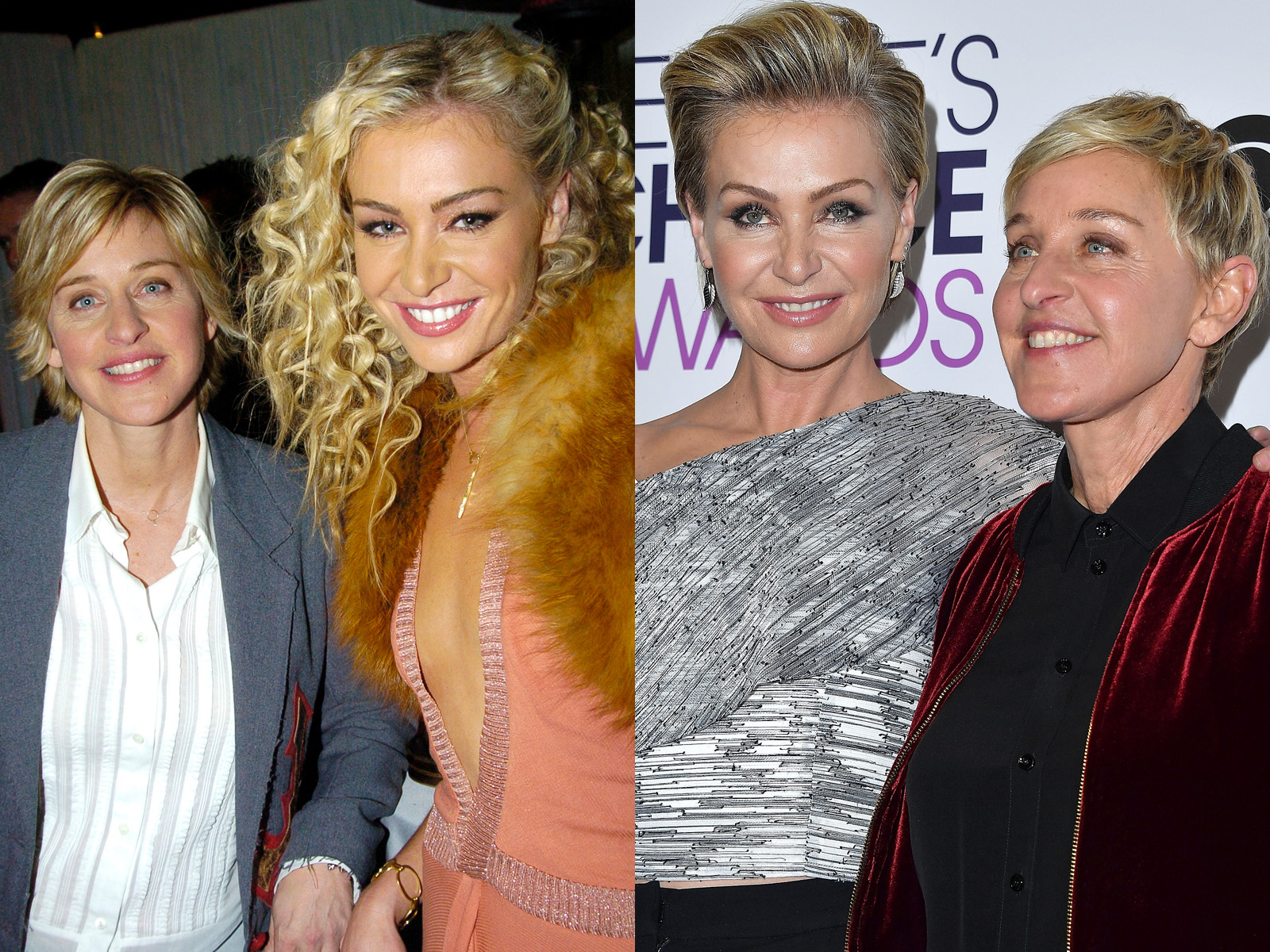 Comedian Ellen DeGeneres met actress Portia de Rossi in 2004 and said “I do” in 2008. After 16 years together, the pair is still going strong.

Tim McGraw and Faith Hill have been happily married since 1996. 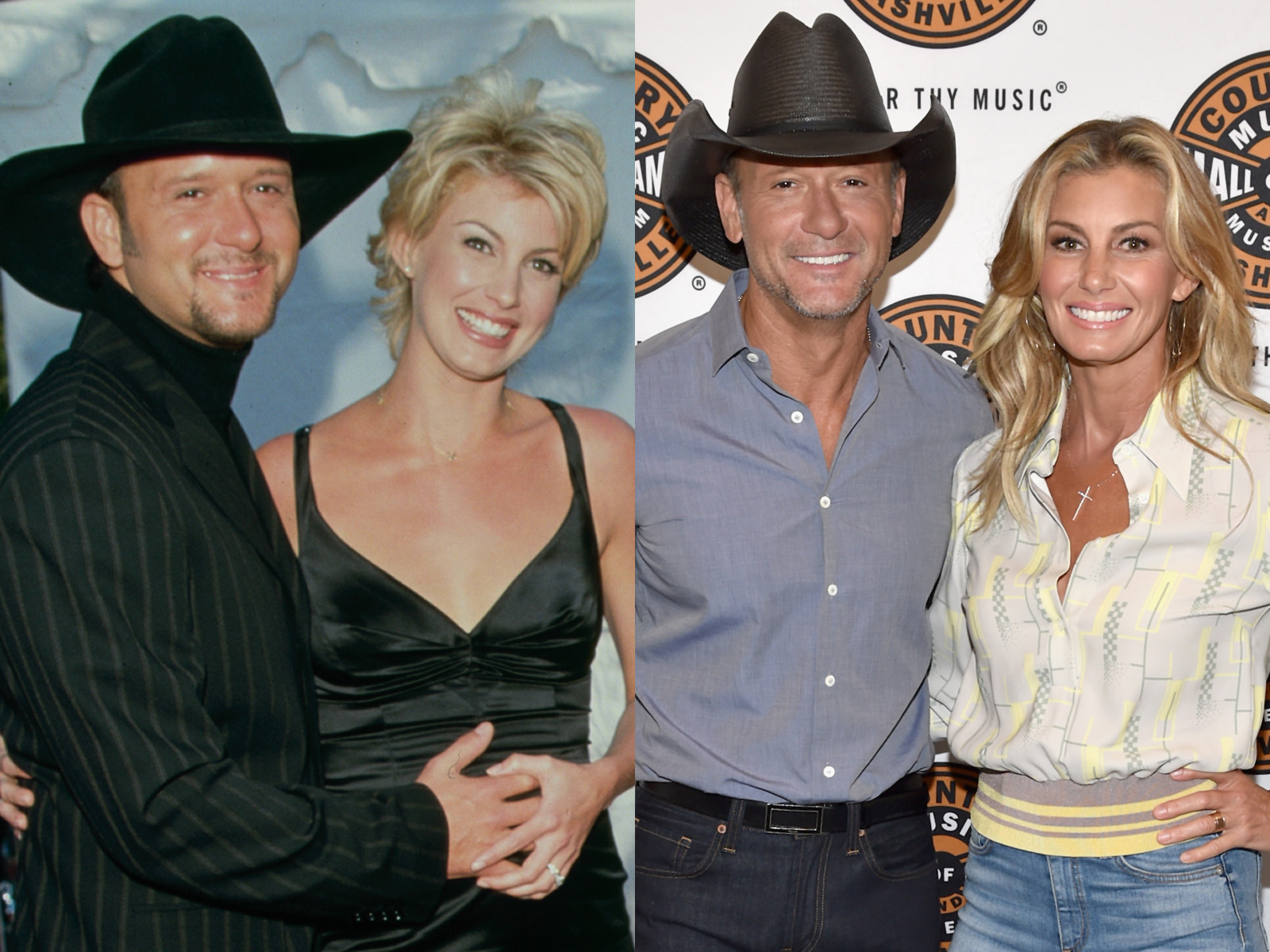 Country music stars Tim McGraw and Faith Hill met briefly in 1994, but it wasn’t until they went on tour together in 1996 that their relationship really started to heat up. In 1996, the couple tied the knot and they have been together ever since. Today, they have three children and continue to make music together.

Will Smith and Jada Pinkett Smith tied the knot in 1997. Jada Pinkett Smith auditioned to play Will Smith’s girlfriend on “The Fresh Prince” in 1994, but it was off screen where their relationship really took off. They married in 1997. They are parents to teen stars Jaden and Willow Smith.

Mark Consuelos and Kelly Ripa met in 1995 as co-stars. 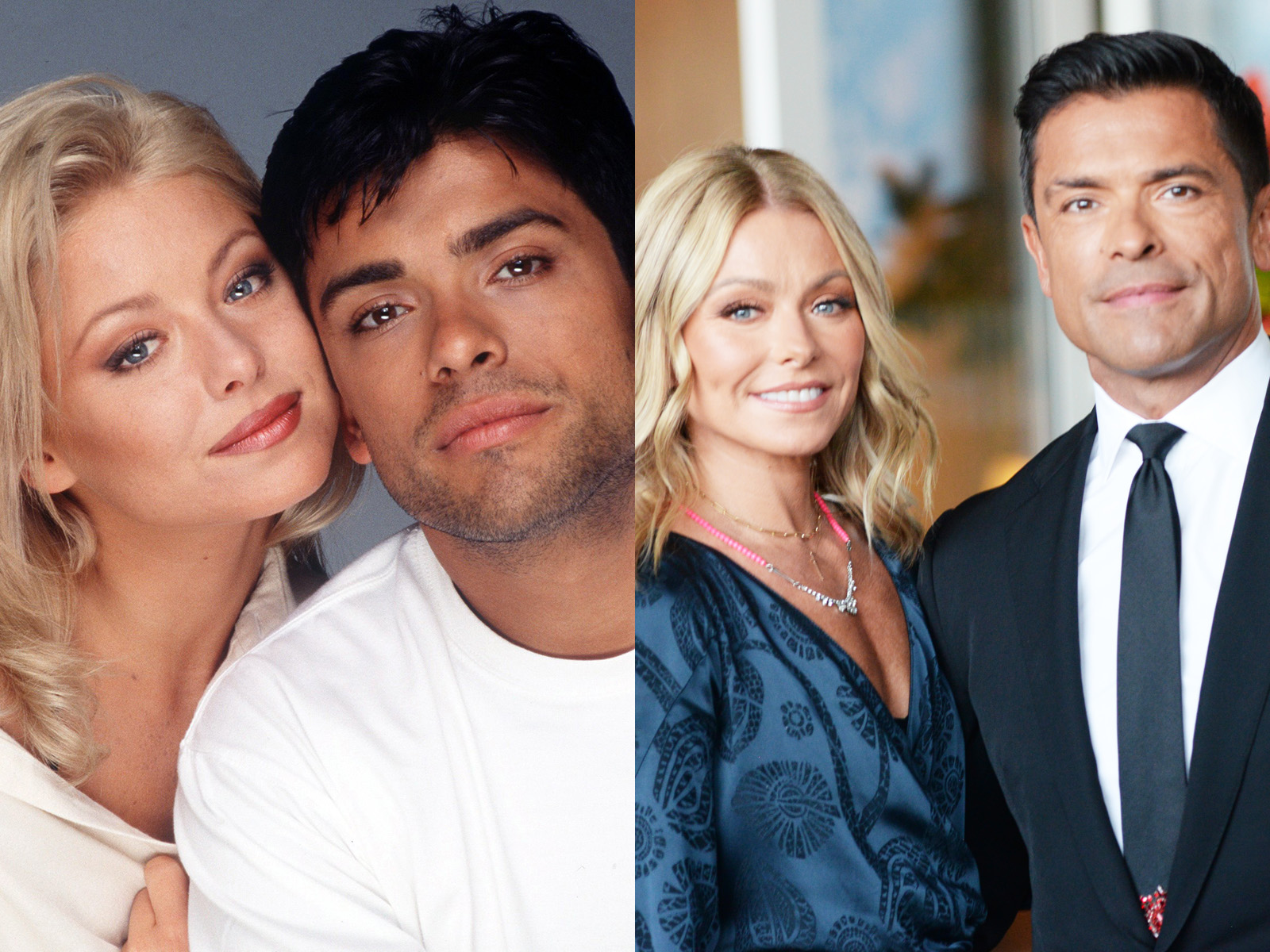 Actors Mark Consuelos and Kelly Ripa met in 1995 when they played love interests on “All My Children.” They eloped to Las Vegas about a year later and have been married ever since. Today they have three children.

Ted Danson and Mary Steenburgen have been together for over 25 years. 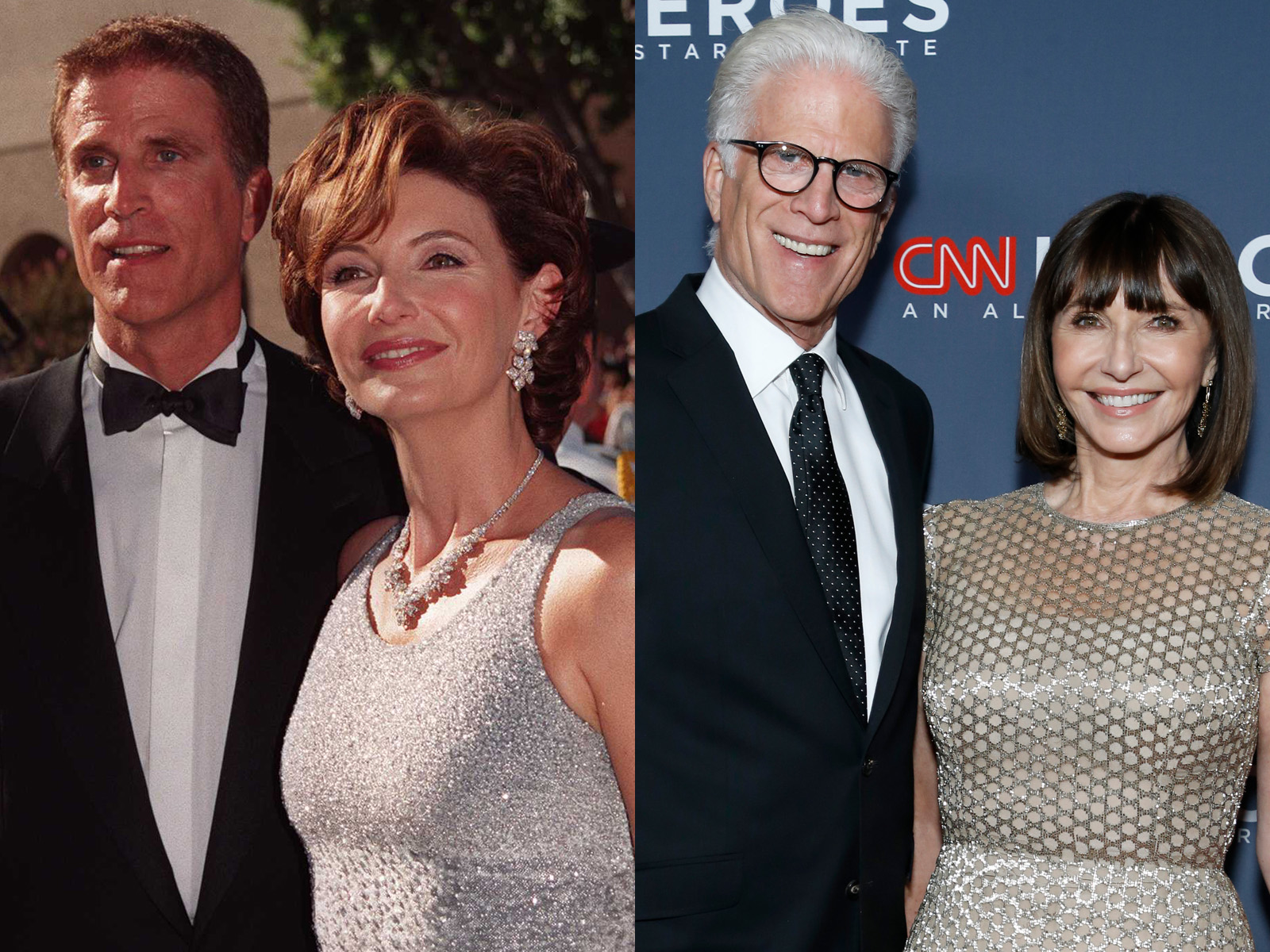 Albert Ortega & John Lamparski/ GettyThey met in 1993 and are still in love today.

In 1993, Ted Danson and Mary Steenburgen met on the set of “Pontiac Moon.” They tied the knot just two years later. The couple is still “madly in love,” and they are parents to two children.

Sarah Jessica Parker and Matthew Broderick have been together for almost 30 years. Dan Callister & Gilbert Carrasquillo/ GettyThe two started dating in 1991 and have been together ever since.

Sarah Jessica Parker’s brother introduced her to Matthew Broderick in 1991, and the couple said their vows in 1997. They are still going strong and have three children.

Kyra Sedgwick and Kevin Bacon have also been together for three decades. Although Kevin Bacon met his future wife, Kyra Sedgwick, when she was 12 during a chance encounter in a deli, the couple didn’t officially start dating until they worked together on the set of “Lemon Sky” in the ’80s. The pair got married in 1988 and now have two grown children.

Tom Hanks and Rita Wilson have been in love for over 30 years. 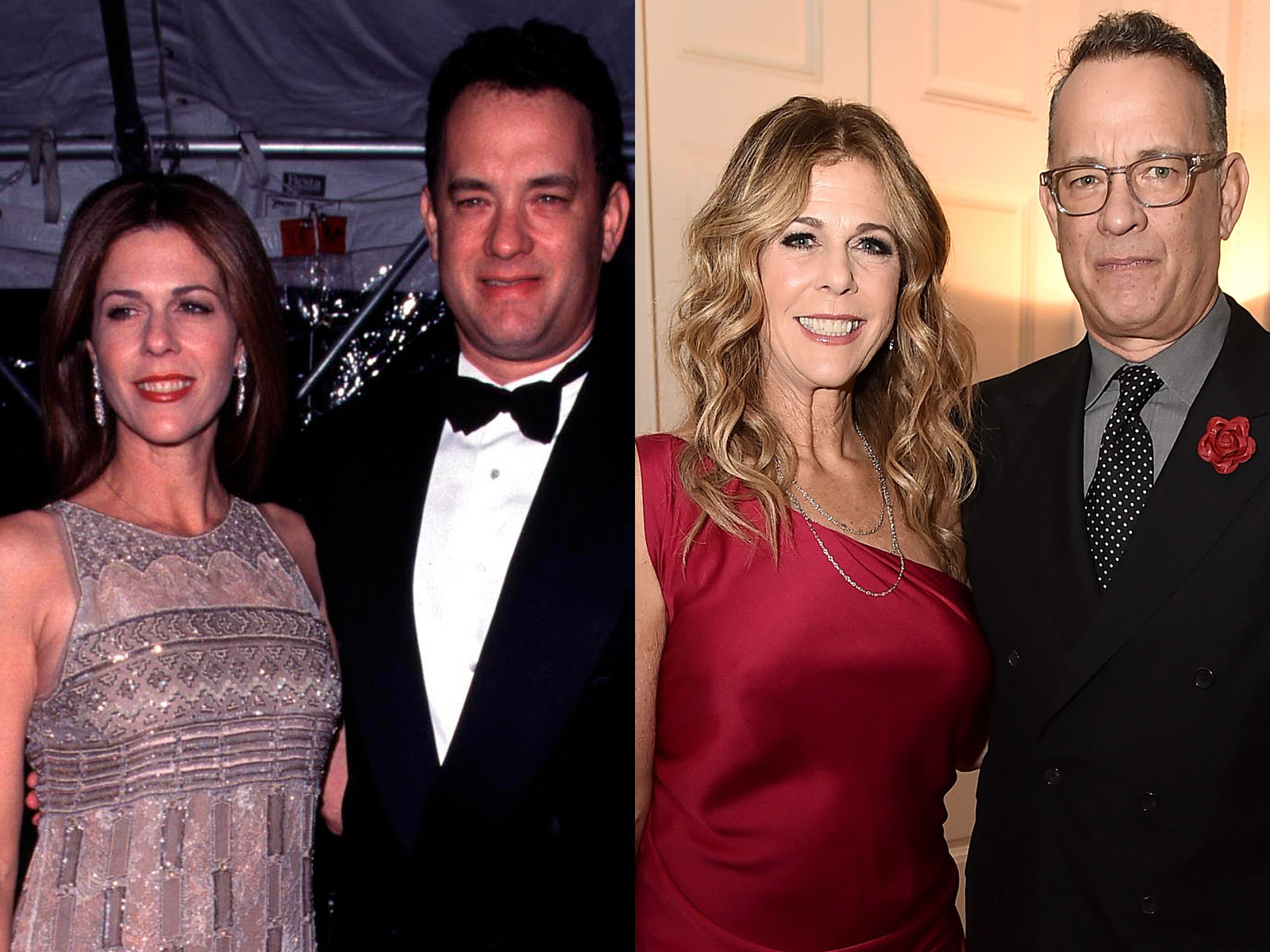 Tom Hanks and Rita Wilson’s relationship started over 30 years ago on the set of an early ’80s sitcom called “Bosom Buddies.” They were reunited in 1986 and their relationship officially began, and by 1988, they were wed. They have two children together.

Oprah Winfrey and Stedman Graham have been together for 34 years. 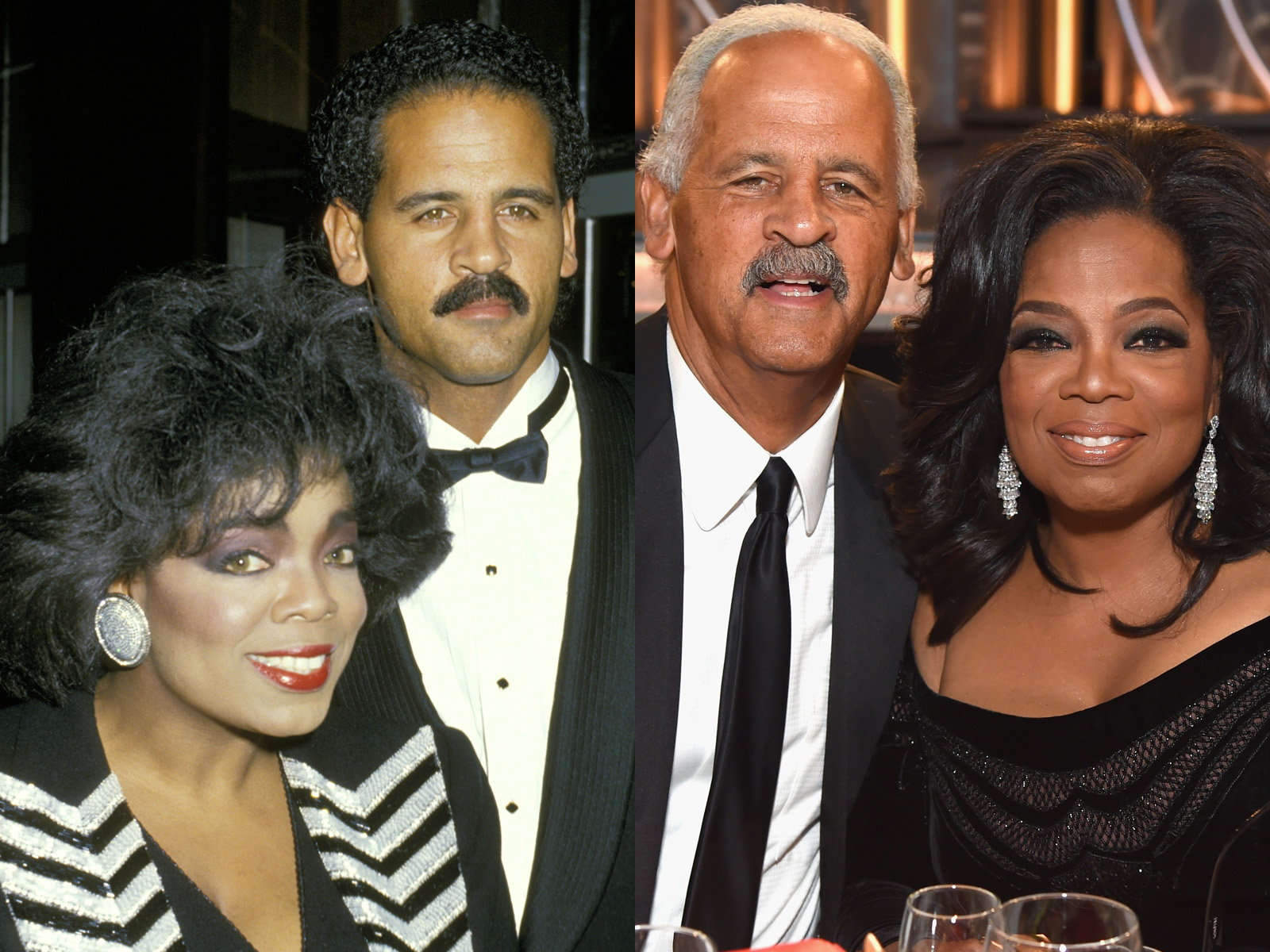 Ron Galella & Michael Kovac/ GettyThey have been in a relationship since 1986.

Although Oprah Winfrey and Stedman Graham have never married, their longtime partnership has lasted 34 years. They met back in 1986 and have been together ever since.

Goldie Hawn and Kurt Russell’s relationship has lasted over 35 years. 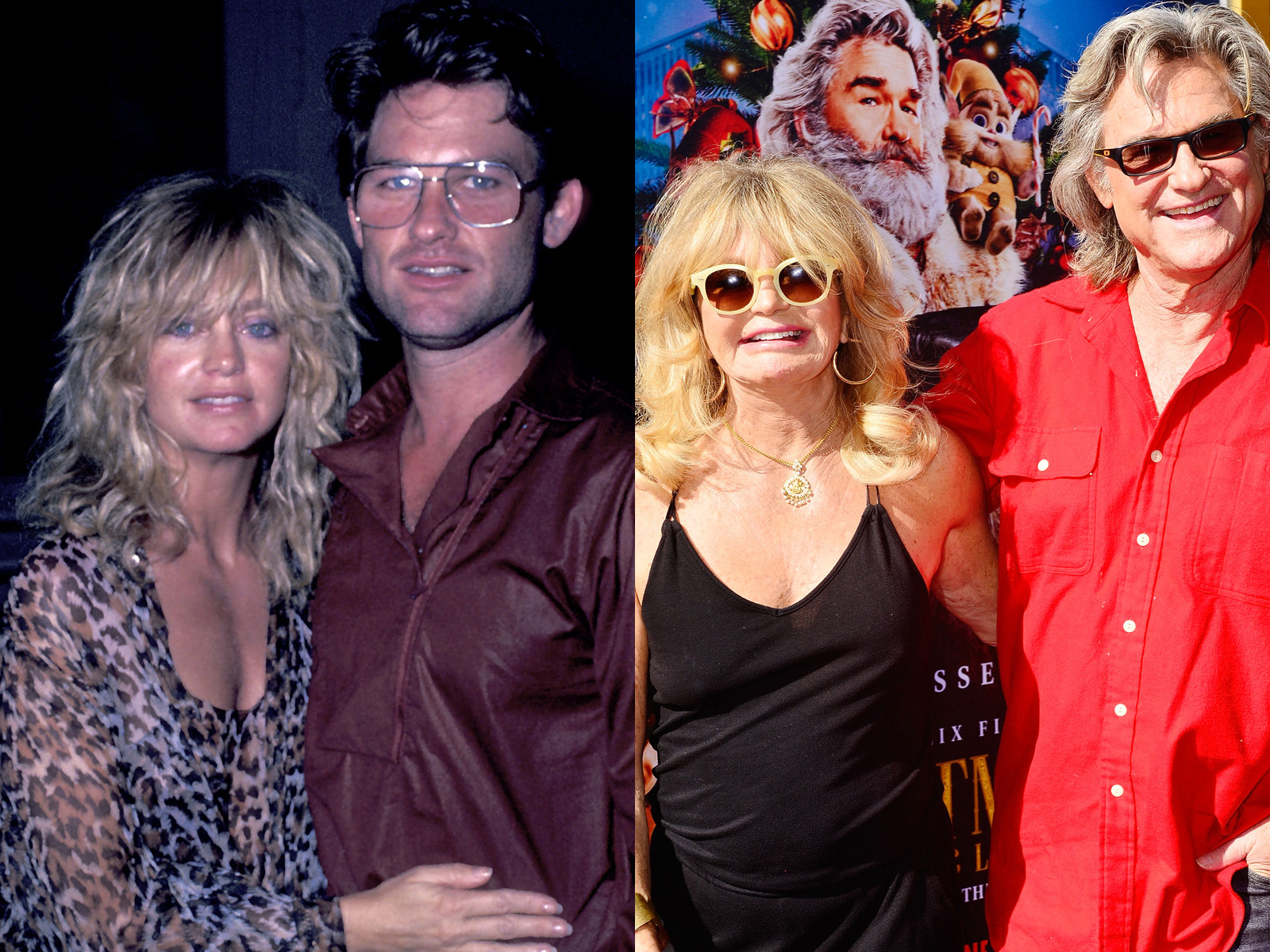 Ron Galella & Jerod Harris/ GettyThe pair got together in 1983.

Like Oprah and her partner, Goldie Hawn and Kurt Russell are not married, but their relationship has stood the test of time. In 1983, the actors got together and they’re still together today. They had one child together, Wyatt.

Ozzy and Sharon Osbourne have been in love for four decades. 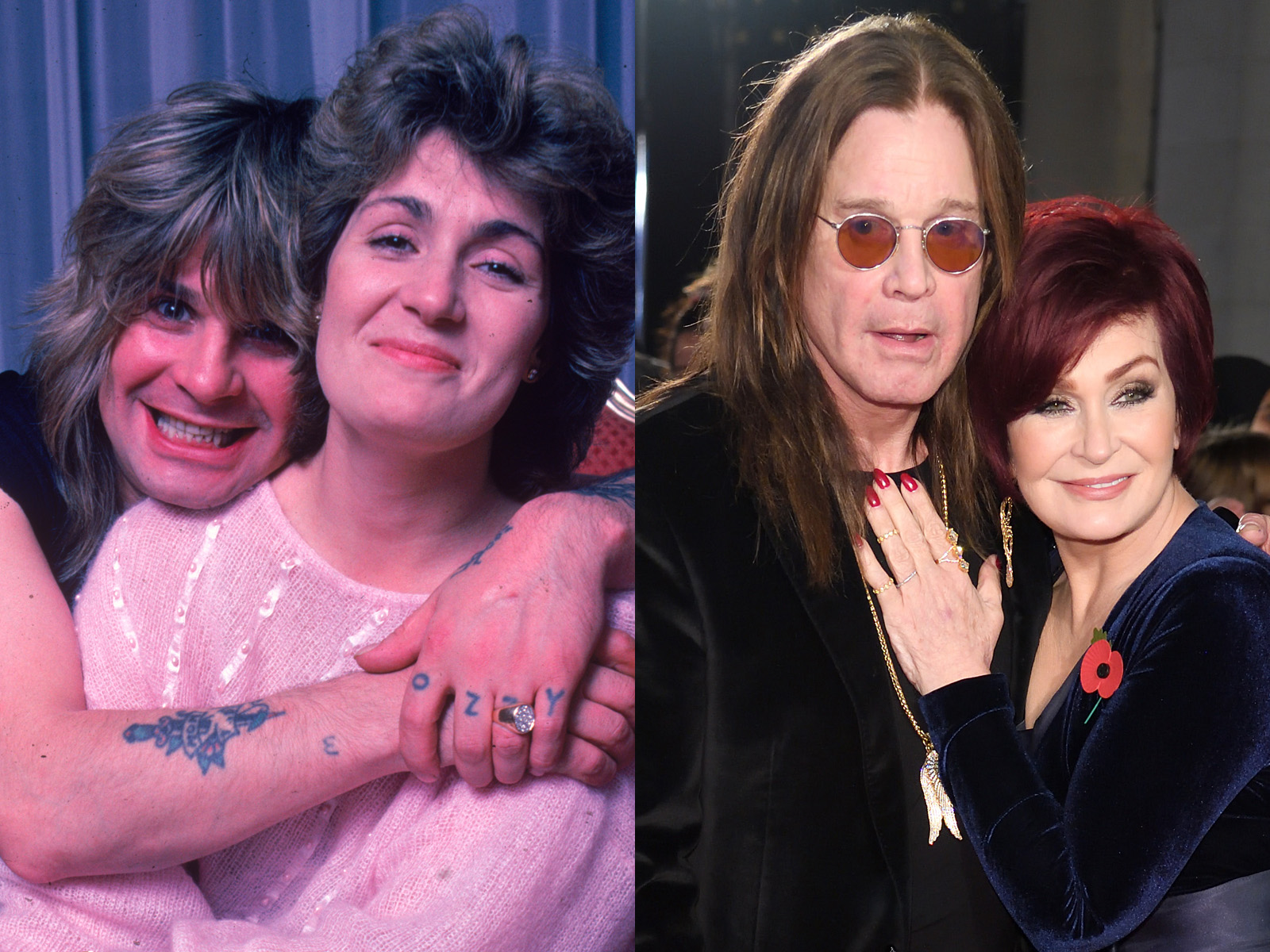 In 1970, Sharon and Ozzy met and in 1982 they married. They created an empire with their unique family after starring in a reality show called “The Osbournes.” Today the couple is still together, though there are reports that they have had a few rough patches in the past few years.

Elton John and David Furnish have been a couple for 27 years. Elton John and David Furnish started their relationship in 1993. When England made gay marriage legal, the pair made their coupling official by tying the knot in 2014 at a lavish wedding. Five years later, the two are still together and they have two children.

Beyoncé and Jay-Z started their relationship over 20 years ago. 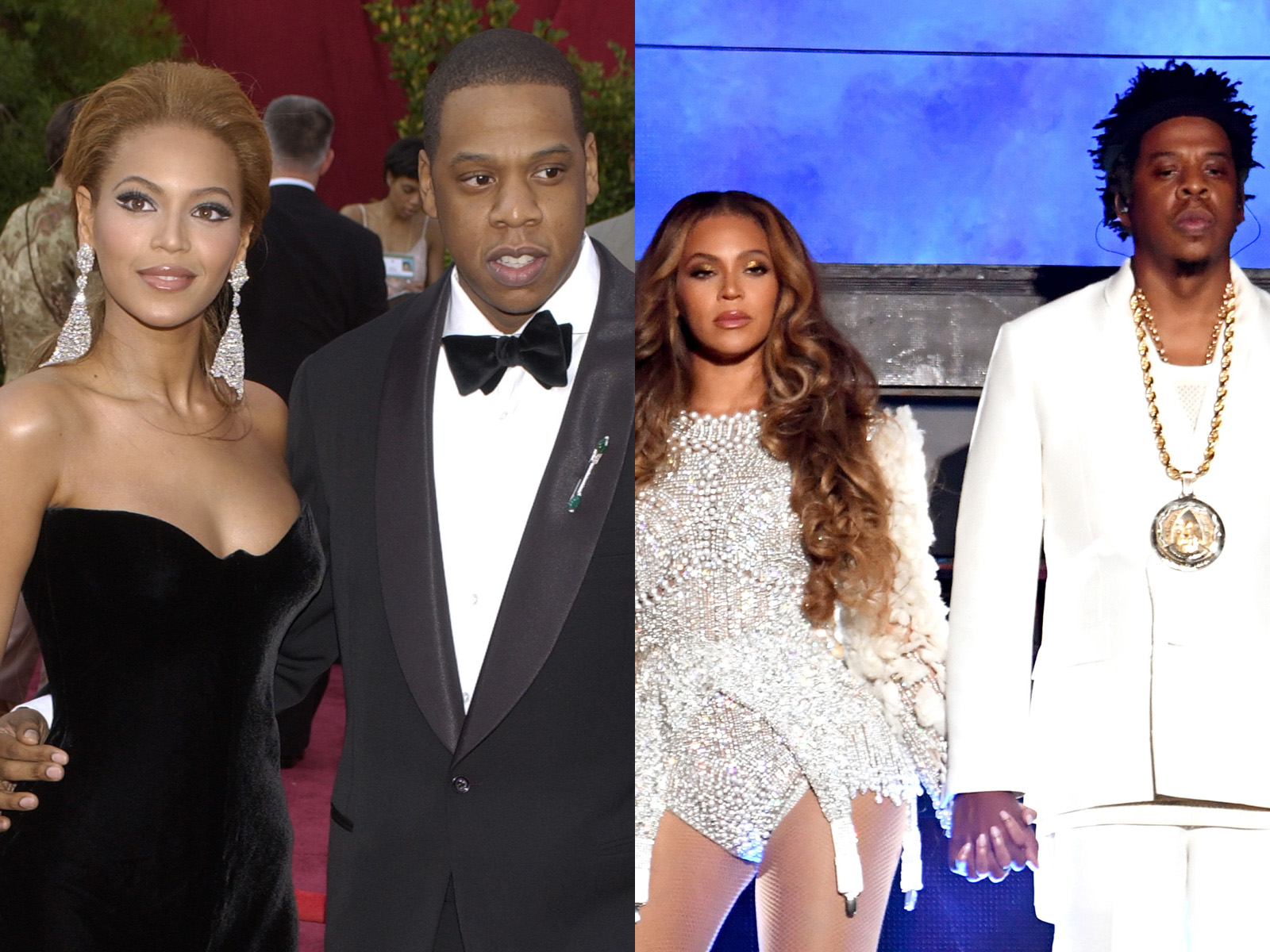 Beyoncé and Jay-Z first met in 1999 and put a ring on it in 2008. The pair has been together ever since and they have three children, daughter Blue Ivy and twins Rumi and Sir. Although there was an alleged cheating scandal, the couple remains strong, even going on tour together.