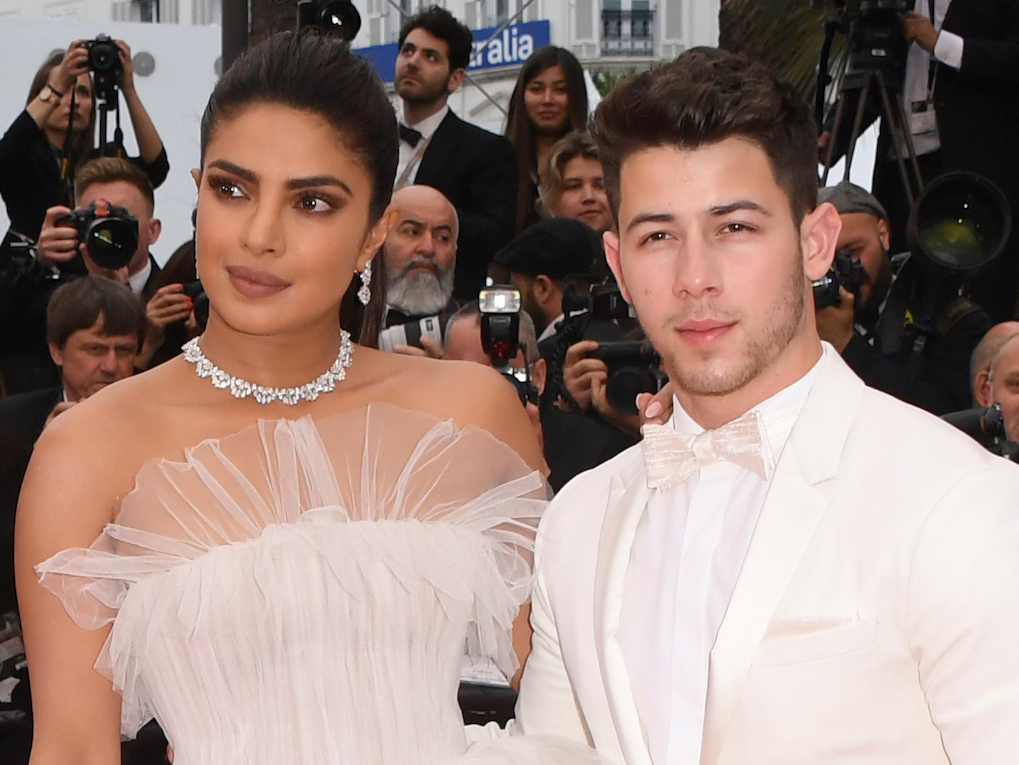 Many stars have found happiness with partners who are either significantly older or younger than them.

And although they may often face social scrutiny, these celebrities have shared their own feelings about their relationships and the multi-year age gaps they deal with.

Here are some celebrities who have been outspoken about the age gaps in their relationships:

Sarah Paulson has spoken about the best parts of her relationship with Holland Taylor. 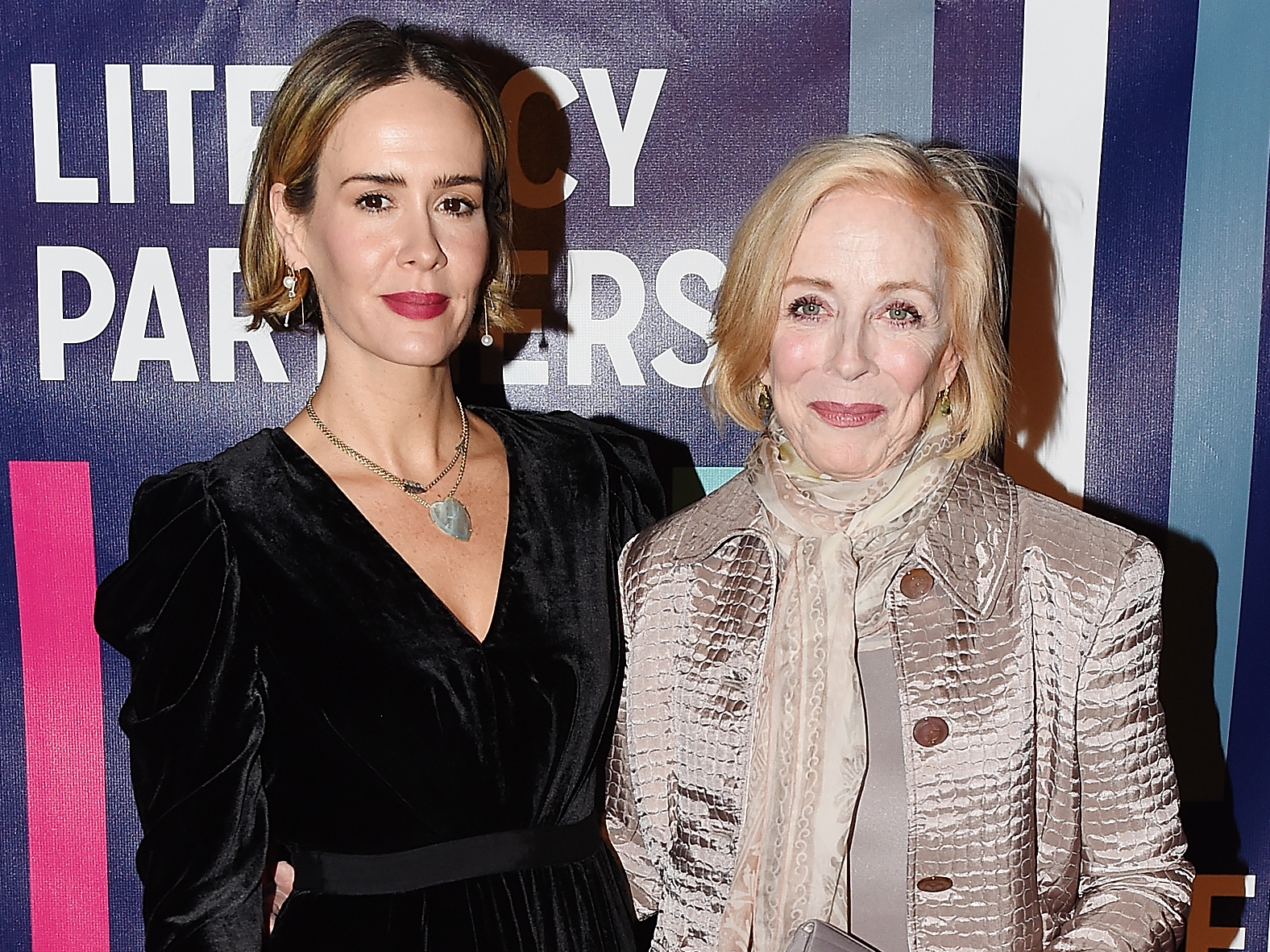 After months of speculation about a possible romance between Sarah Paulson and Holland Taylor, Paulson confirmed their relationship in a 2016 interview with The New York Times, stating, “What I can say absolutely is that I am in love, and that person happens to be Holland Taylor.”

The pair has a 32-year age gap and Paulson has been candid about the benefits that come with it.

“There’s a poignancy to being with someone older. I think there’s a greater appreciation of time and what you have together and what’s important, and it can make the little things seem very small,” said Paulson.

In January 2020, Taylor told US Weekly that she thinks Paulson is brave to be with her.

“A big age span is a challenge to any relationship. And she’s just very brave. She’s very brave and she is very truthful and she’s going to live her truth. And so I basically am following her lead and I’m blessed,” she said.

Florence Pugh has defended her relationship with Zach Braff against negative comments online. 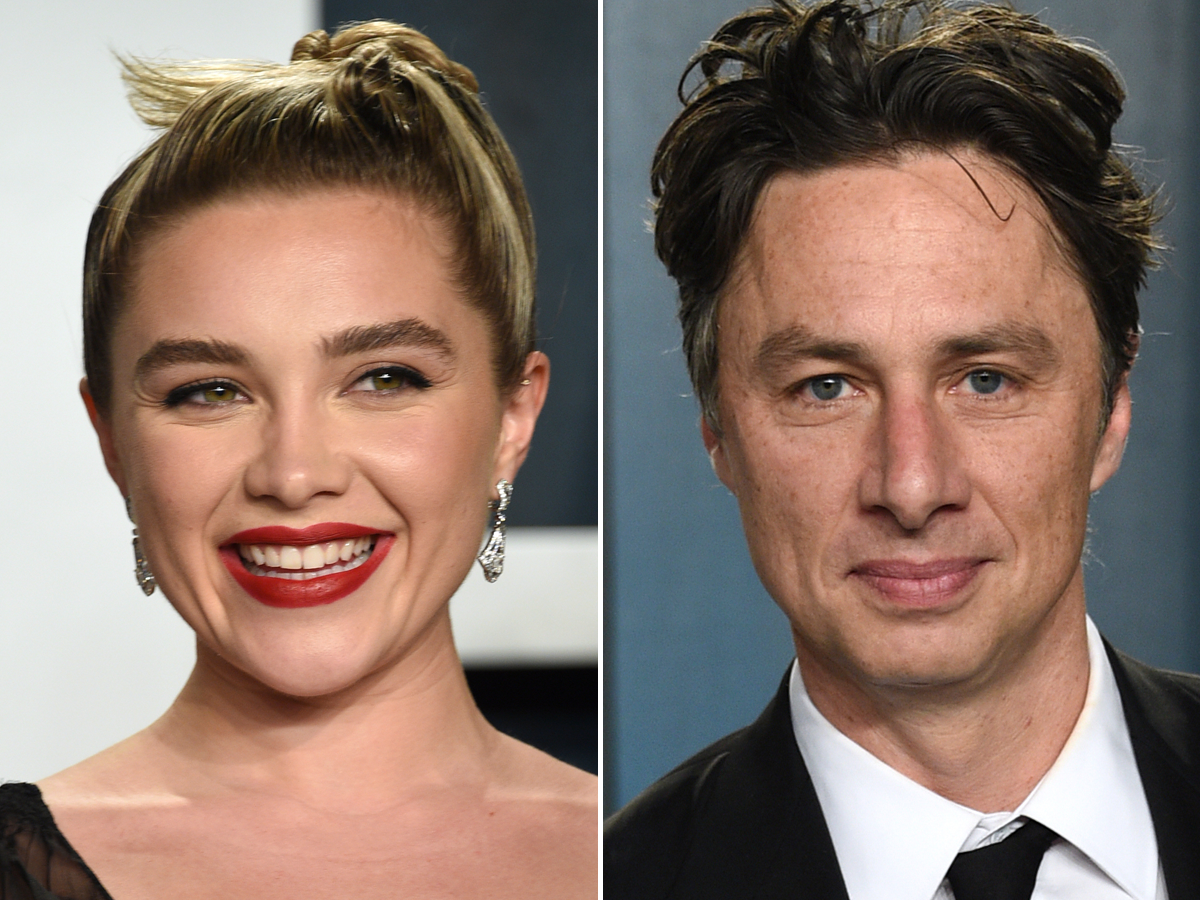 In December 2019, Florence Pugh posted a photo to Instagram, and her boyfriend Zach Braff commented a princess emoji. An Instagram user replied to his comment, writing, “You’re 44 years old.” Pugh responded to the user by writing, “and yet he got it.”

In an Instagram video, Pugh said, “I am 24 years old. I do not need you to tell me who I should and should not love. And I would never in my life, ever, ever, tell anyone who they can and cannot love. It is not your place and really, it has nothing to do with you.”

Dick Van Dyke revealed how he fell in love with his younger wife. 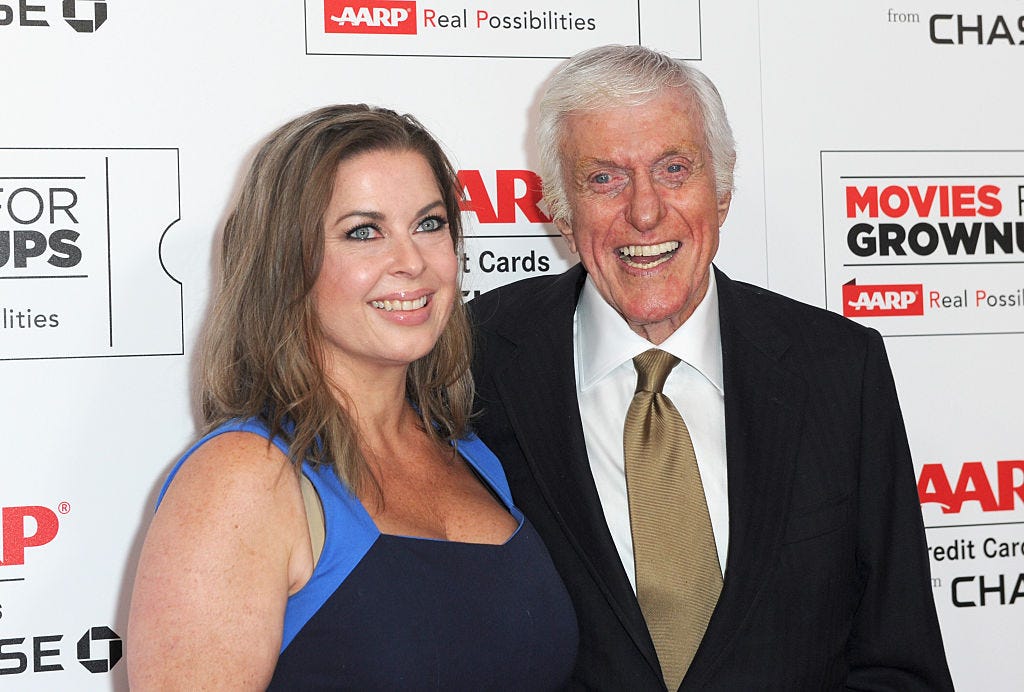 Both Dick Van Dyke and wife Arlene Silver have spoken out about the 46-year age gap in their relationship.

“She’s very mature for her age and I’m very immature for my age so it’s just about right!” he told Parade in 2013.

Silver also maintains their age difference isn’t a problem in their relationship, telling HuffPost in 2013, “Love is ageless.”

Calista Flockhart said she forgets Harrison Ford is older than her. 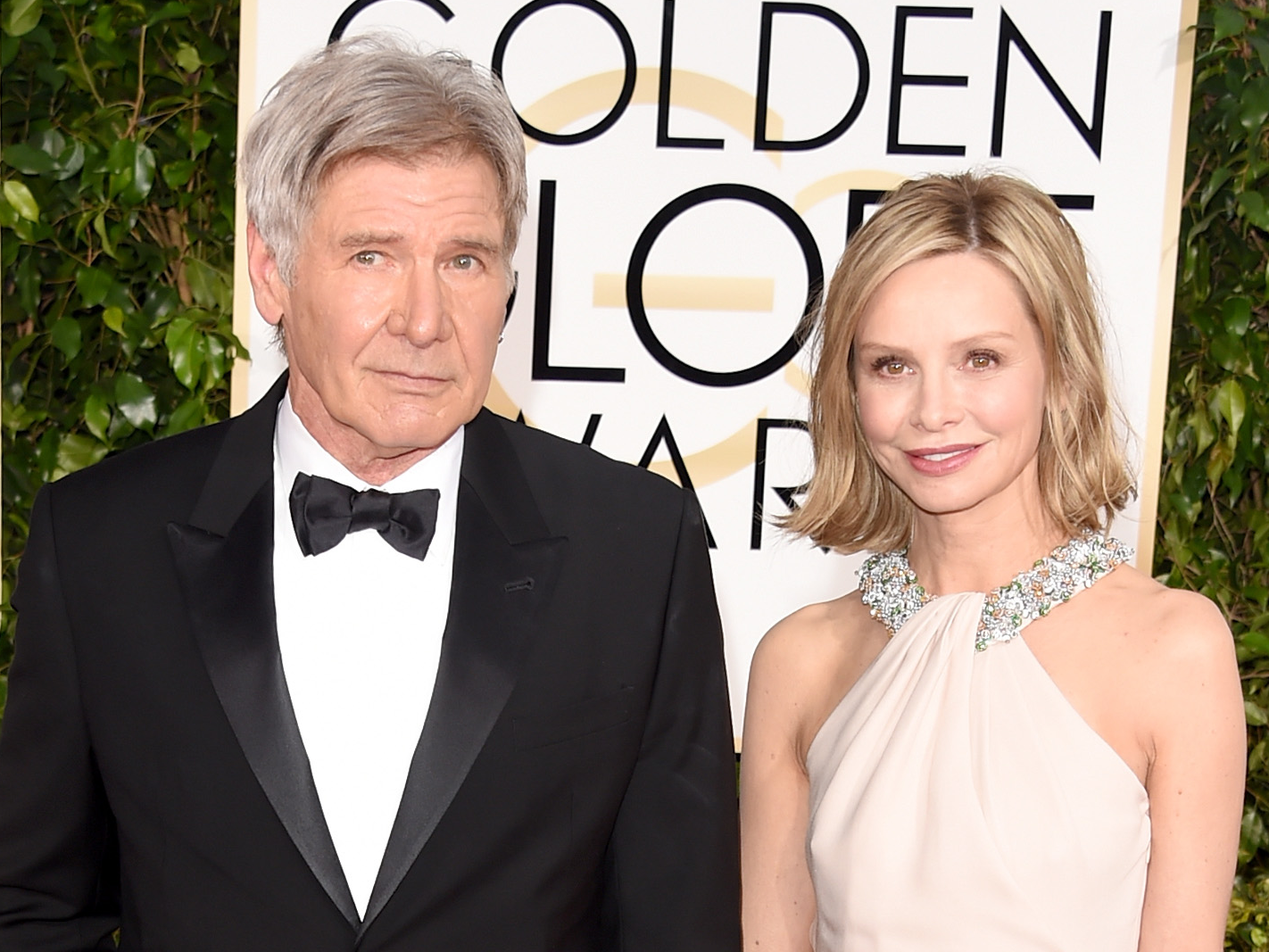 Jason Merritt/Getty ImagesHarrison Ford and Calista Flockhart have been together for over 10 years.

Calista Flockhart and Harrison Ford hit it off at the 2002 Golden Globes and eventually tied the knot in 2010.

And though there is a 22-year age gap between them, Flockhart says it rarely impacts their relationship.

“It doesn’t faze me,” the actress told Hello! Magazine in 2003. “Sometimes I even say, ‘Wow, I keep forgetting that he’s [22] years older than me.’ It doesn’t factor into our relationship at all.”

Heidi Klum thinks dating someone younger has brought up more questions about her age. 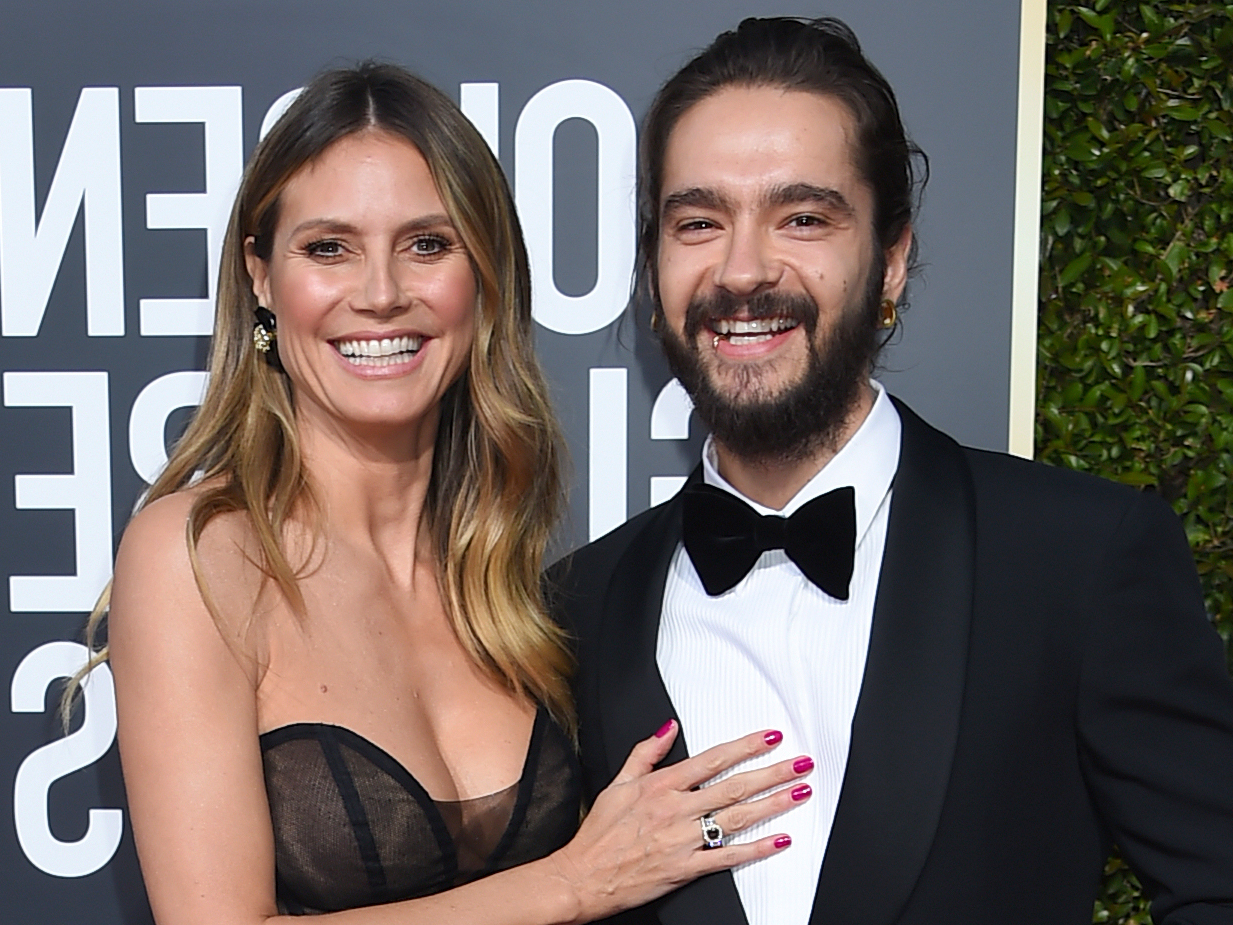 Jordan Strauss/Invision/APHeidi Klum and Tom Kaulitz at the 76th annual Golden Globes in 2019.

Heidi Klum is 17 years older than her 31-year-old husband, Tokio Hotel guitarist Tom Kaulitz, whom she started dating in 2018 and married in 2019.

Despite the difference in their ages, the model told InStyle in 2018 that she only thinks of it as an issue when people ask her about it.

“My boyfriend is many years younger than me, and lots of people are questioning that and asking about it,” she said. “That’s really the only time when age seems to be shoved in my face and I have to give an answer for it. I don’t really think about it that much otherwise.”

Emmanuel Macron has criticised society’s double standards when it comes to women dating someone younger. 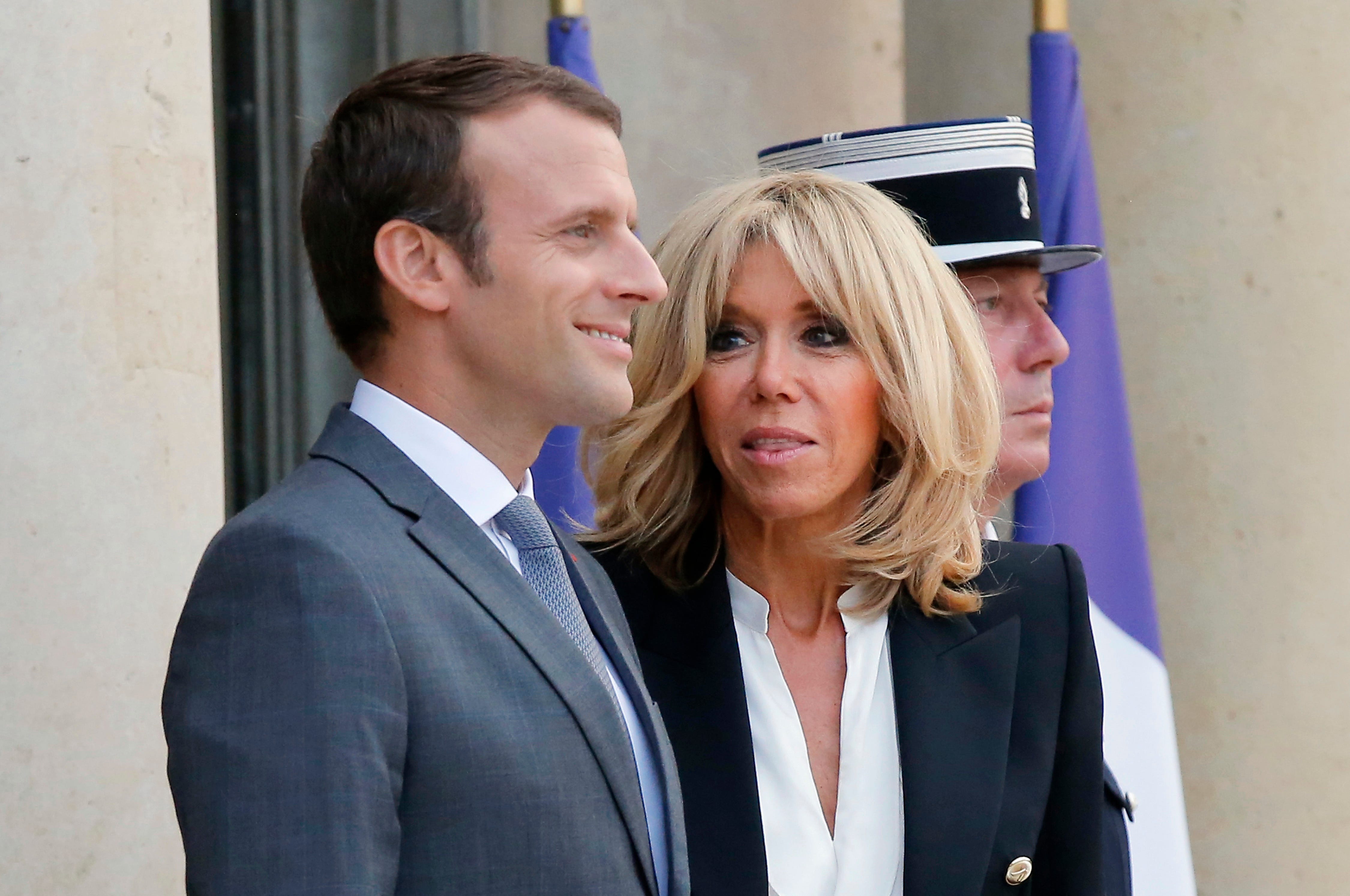 President of France Emmanuel Macron, who is 24 years younger than his 67-year-old wife Brigitte Trogneux, spoke out against reports that his marriage was just for show.

In a 2017 video for Le Parisien, Macron criticised the attacks on his wife and their relationship and suggested no one would blink an eye if the age gap was reversed.

“If I had been 20 years older than my wife, nobody would have thought for a single second that I couldn’t be legitimately together. It’s because she is 20 years older than me that lots of people say, ‘This relationship can’t be tenable,'” he said, according to the New York Post.

Dane Cook gave some advice to couples with a big age gap. 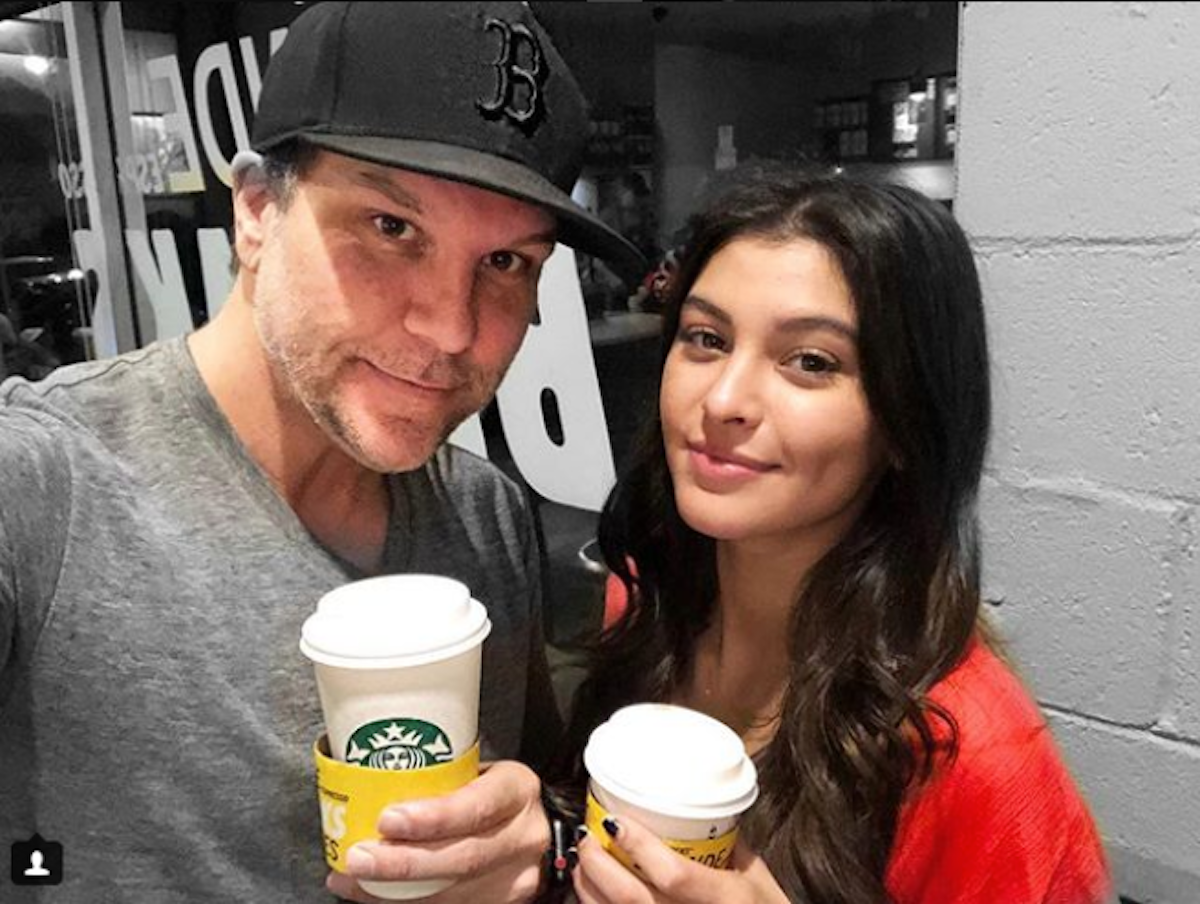 There’s a 26-year age gap between comedian Dane Cook and his girlfriend, Kelsi Taylor, but he’s been able to make jokes about it.

“We were friends for a while and soon after fell in like with each (sic) and then upgraded to love,” he said in a 2019 Instagram story, according to People. “We are pretty close and do dinner and hang. Kelsi is smart, kind, creative, loyal and honest.”

He also jokingly gave advice to other couples with a large age gap, saying, “The only thing you have to do is plan that your deaths will be somewhat far apart.”

Hilaria Baldwin has said she never expected to fall in love with an older man. 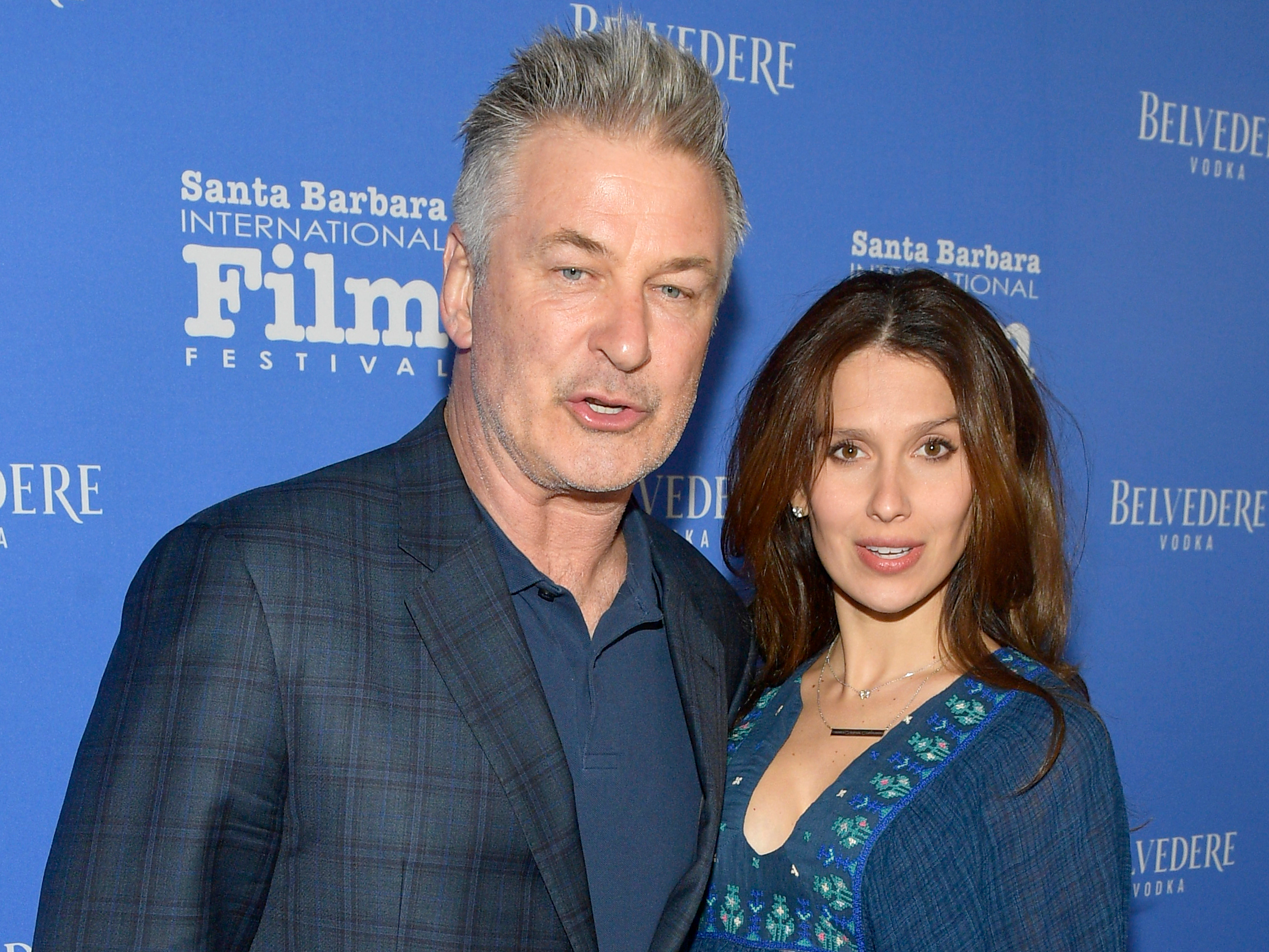 Matt Winkelmeyer/Getty ImagesAlec Baldwin is an actor and Hilaria Baldwin is a yoga instructor.

Actor Alec Baldwin and yoga instructor Hilaria Baldwin began dating in 2011, got married a year later, and have since welcomed four kids.

“I didn’t expect to fall in love with somebody who was 26 years my senior, but you cannot help who you fall in love with,” Hilaria told Hello! magazine in 2015 shortly after tying the knot with the actor.

David Hasselhoff said he “didn’t think it was right” to marry his younger wife at first. 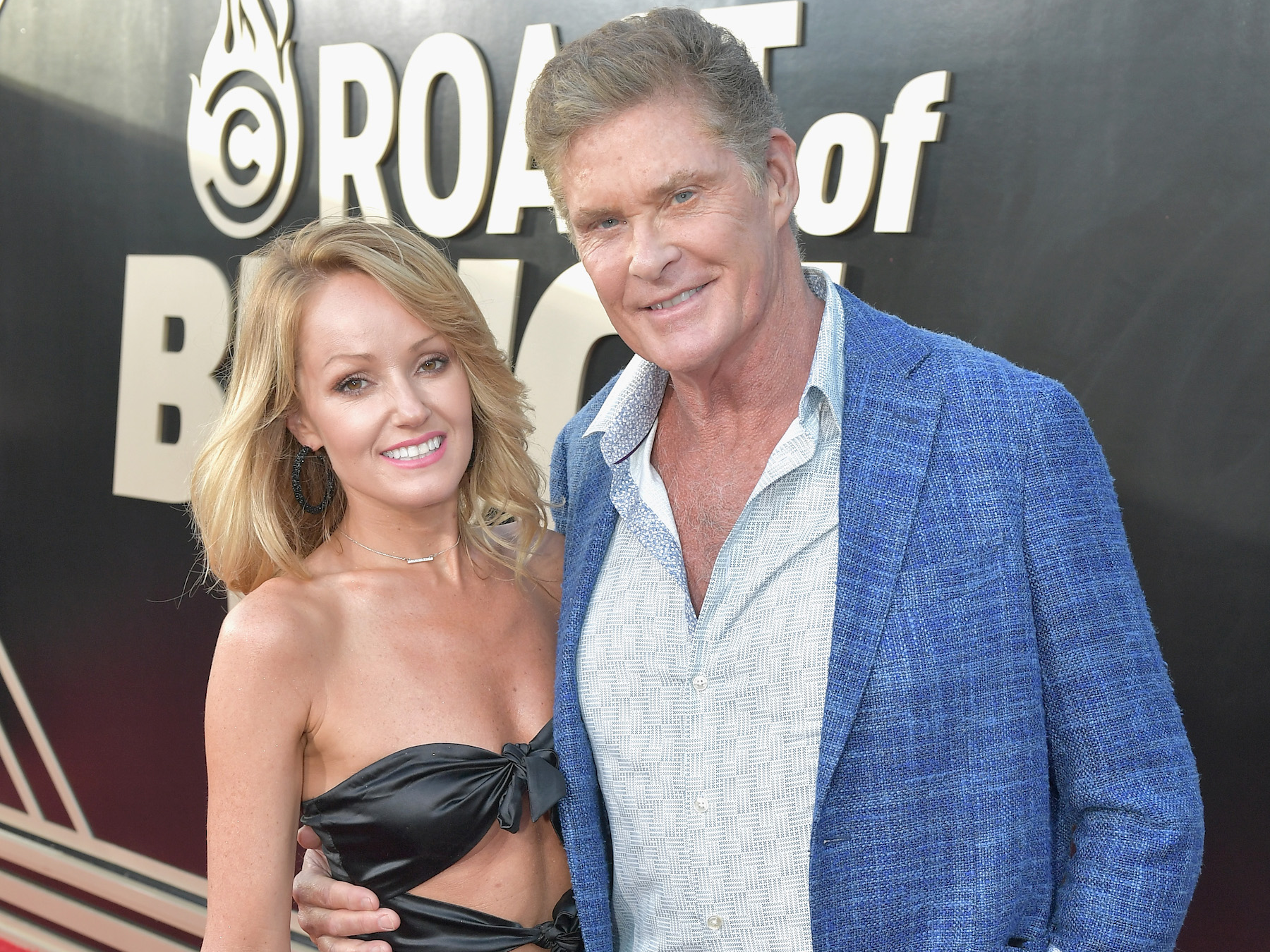 David Hasselhoff and Hayley Roberts dated for seven years before getting married in Italy in July 2018.

But the 68-year-old actor has admitted that it took him a while to come around to the idea of tying the knot with Roberts, who is 27 years younger than him.

“For the longest time I didn’t think it was right to marry Hayley as I was so much older and I didn’t want to take away the fun and the youth and the excitement of growing old together and having children,” he told OK! magazine in 2018, according to Metro.

He continued, “I’ve realised how much I love Hayley and how much we’ve become part of each other’s life.” 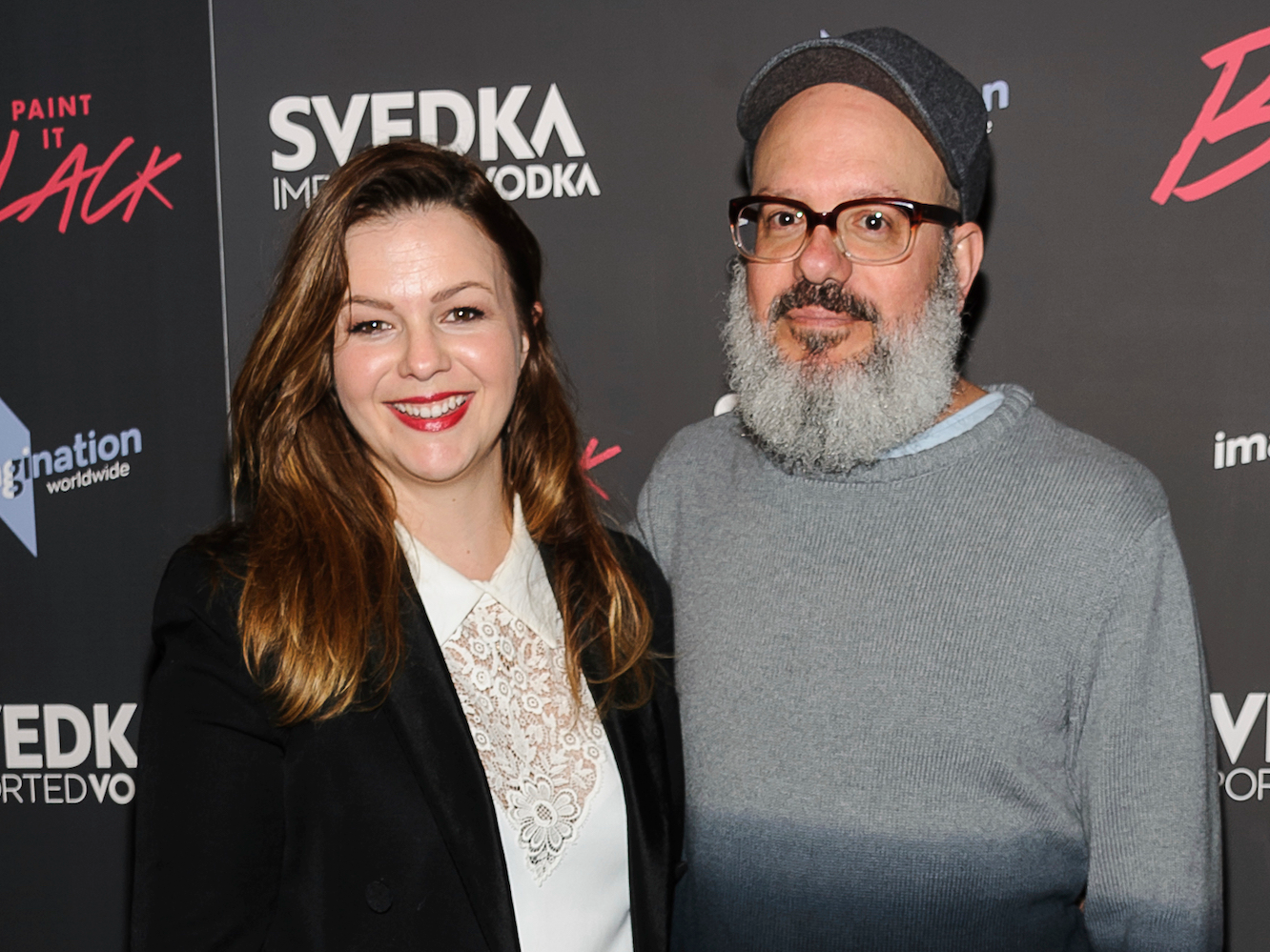 Christopher Smith/Invision/APAmber Tamblyn and David Cross keep a sense of humour about it.

David Cross and wife Amber Tamblyn have been married since 2012, but the comedian has admitted that he hesitated to get involved with the actress at first due to their 19-year age difference.

Cross admitted during the couple’s first on-stage appearance together at a 2012 comedy show in New York that he wasn’t sure if he should make a move at first, according to HuffPost.

“I was slow to make any moves because of our age difference, and also because she was a fan,” he said.

Tamblyn immediately responded with a joke: “If anyone’s wondering, I’m 14!” 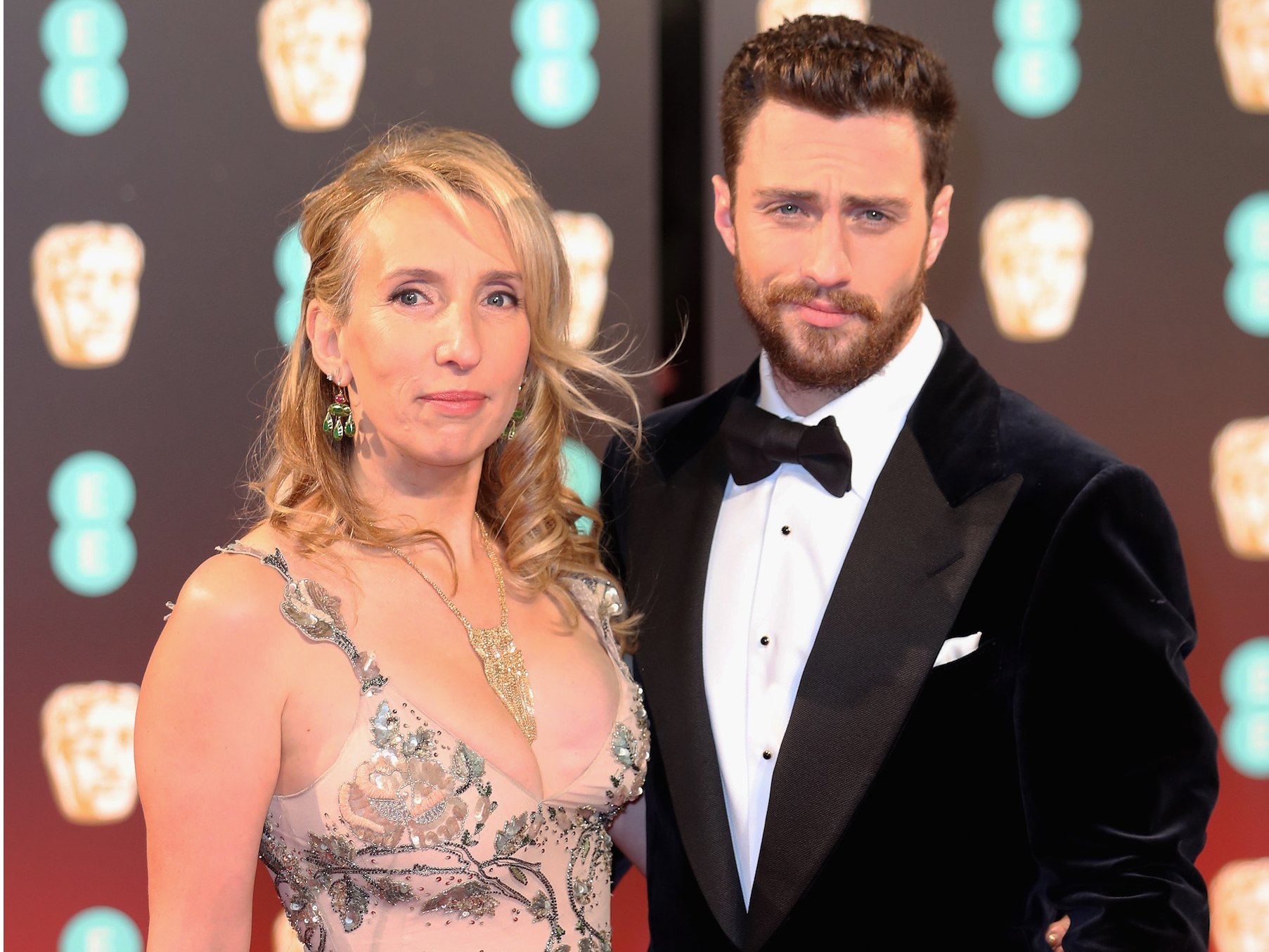 “I’m an old soul and she’s a young soul,” Johnson once said of their relationship, according to People. “We don’t see an age gap, we just see each other.”

In 2019, he told the Daily Mail that he’s never “felt” an age difference and that he’s always known Taylor-Johnson was his soulmate.

Priyanka Chopra said she gets “a lot of s—” about the age difference between her and her husband Nick Jonas. 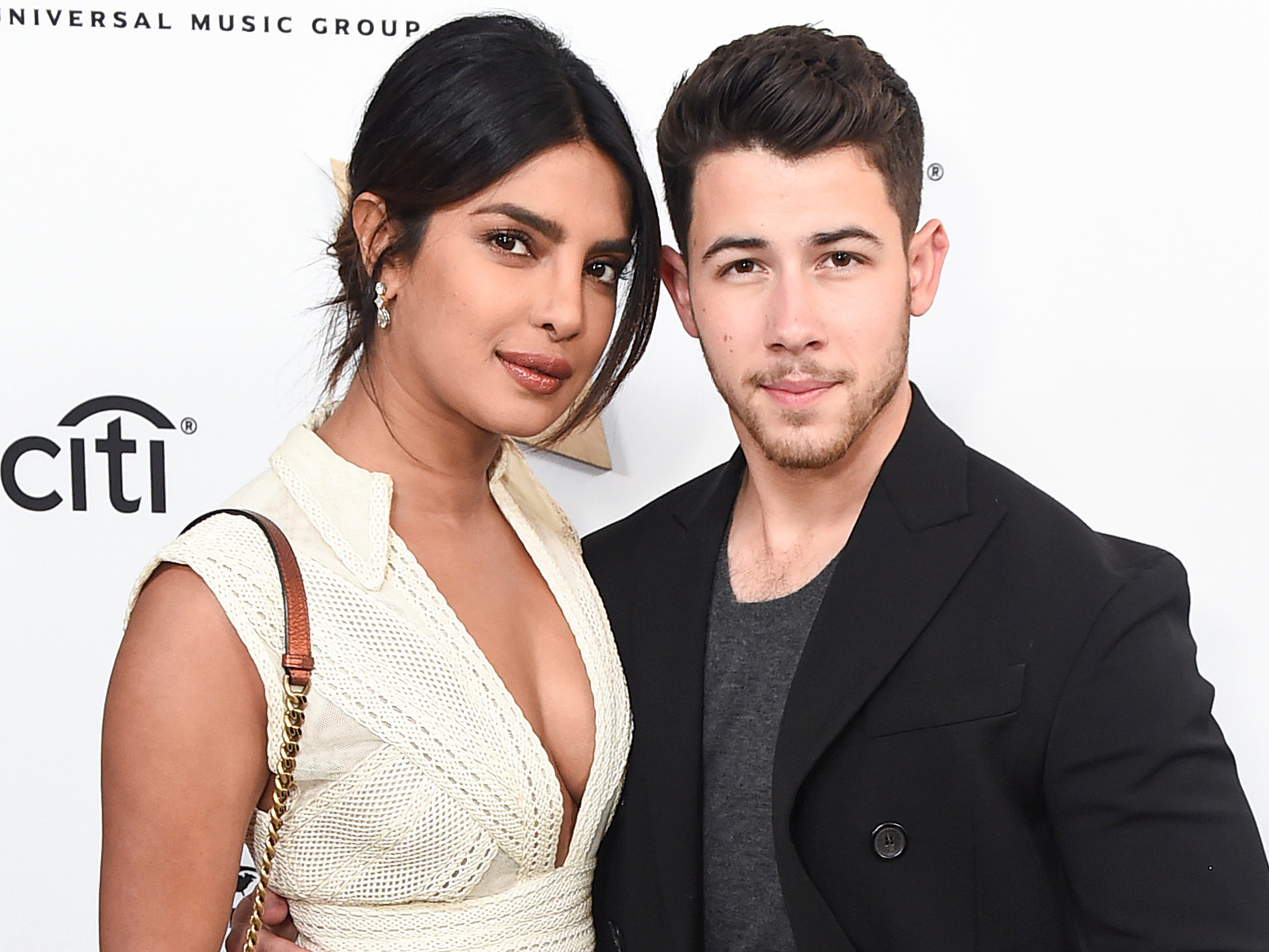 In a 2019 interview with InStyle magazine, Priyanka Chopra said that a lot of people are critical of her and husband Nick Jonas’ age difference, which is about 10 years.

“People gave us a lot of s— about that and still do,” she told the publication. “I find it really amazing when you flip it and the guy is older, no one cares and actually people like it.”

The couple got married in December 2018 in a multi-day, elaborate affair.

Actor Dennis Quaid said he “didn’t go out looking for” someone younger than him, but he fell in love anyway. 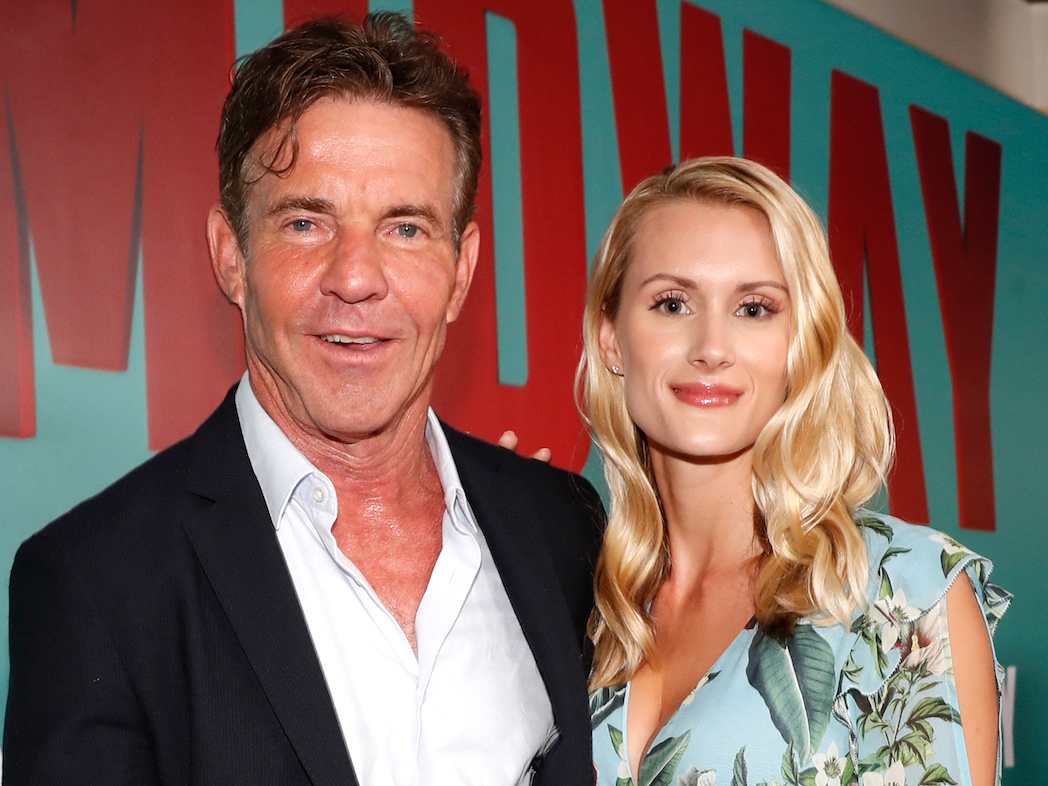 Actor Dennis Quaid, who is 66 years old, told The Guardian in 2019 that the criticism regarding his age difference with his 27-year-old now-wife Laura Savoie “doesn’t really bother us.”

He also said that the attention they have been receiving for their 39-year age gap “was really a laugh.”

“Everyone comes from the perspective of their own life and so I can’t comment on the way they feel; I can’t even get angry,” he told the publication, adding that he “didn’t go out looking for” someone younger than him.

“I met her at a business event and then the relationship developed,” Quaid said. “You have no control over who you fall in love with. I don’t fall in love easy. But I can’t let what a few people think control all that. I’ve been married three times and this is the final one, I know it is. I feel like I have a real partner in life.”