17 alcohol brands you didn't realise were owned by celebrities 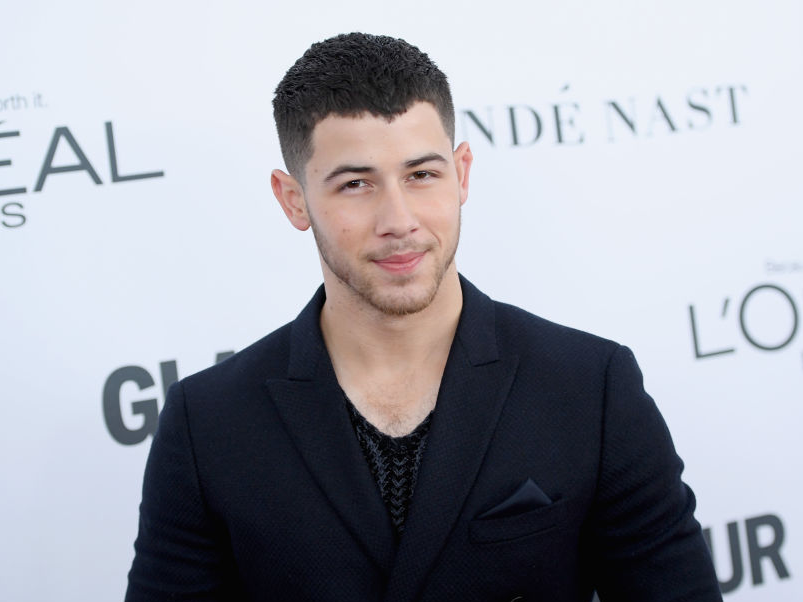 It seems that celebrities rarely reach a certain level of prominence without having at least one branded product in their name, be it a fragrance, clothing line, or a collection of wellness items. In some cases, stars even choose to tie their name to different types of alcohol.

Although it’s common practice for stars to work as brand ambassadors and spokespeople for alcohol companies, some celebrities have been inspired to get into the business and creative side of the wine and spirits industries.

From low-calorie cocktails to specialty wines, here are some celebrity-owned and celebrity-concocted brands and bottles you might not know about. 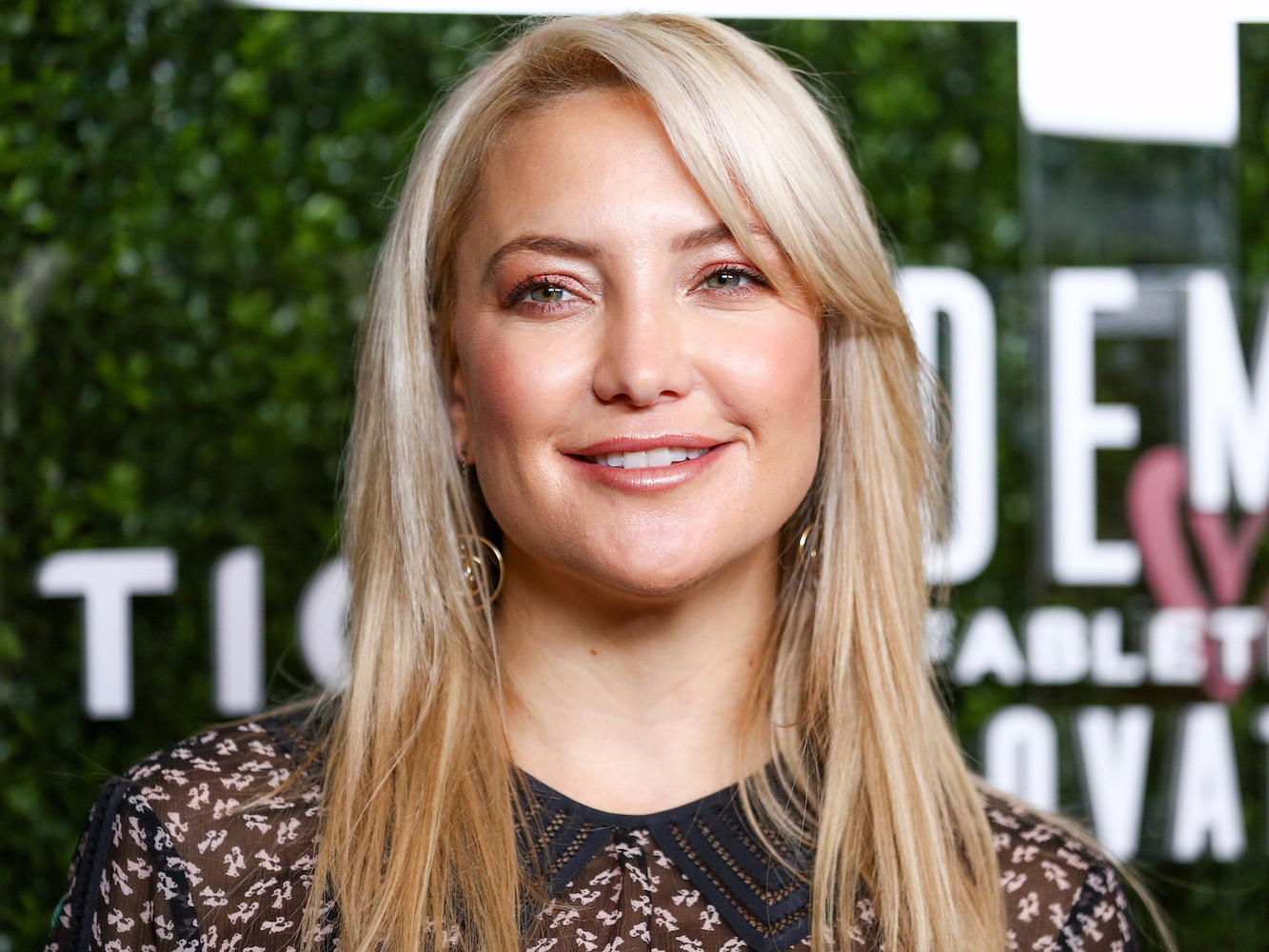 The vodka is sold in 750-milliliter bottles with floral labels and each is 43% alcohol by volume.

Snoop Dogg is a shareholder for a fruity Brazilian spirit.

caption
Snoop Dogg has worked in the liquor industry a few times.

In 2014, Snoop Dogg signed a deal with Brazilian spirit Cuca Fresca to become a shareholder and ambassador, per Forbes. Cuca Fresca produces cachaça, which is a fruity liquor distilled from fermented sugarcane juice.

Snoop Dogg is no stranger to working with liquor labels, either.

Recently, he also partnered with the Australian commercial wine label 19 Crimes to launch Snoop Cali Red – and the bottle even features the rapper’s face.

“Outlander” star Sam Heughan has his own blended scotch whisky. 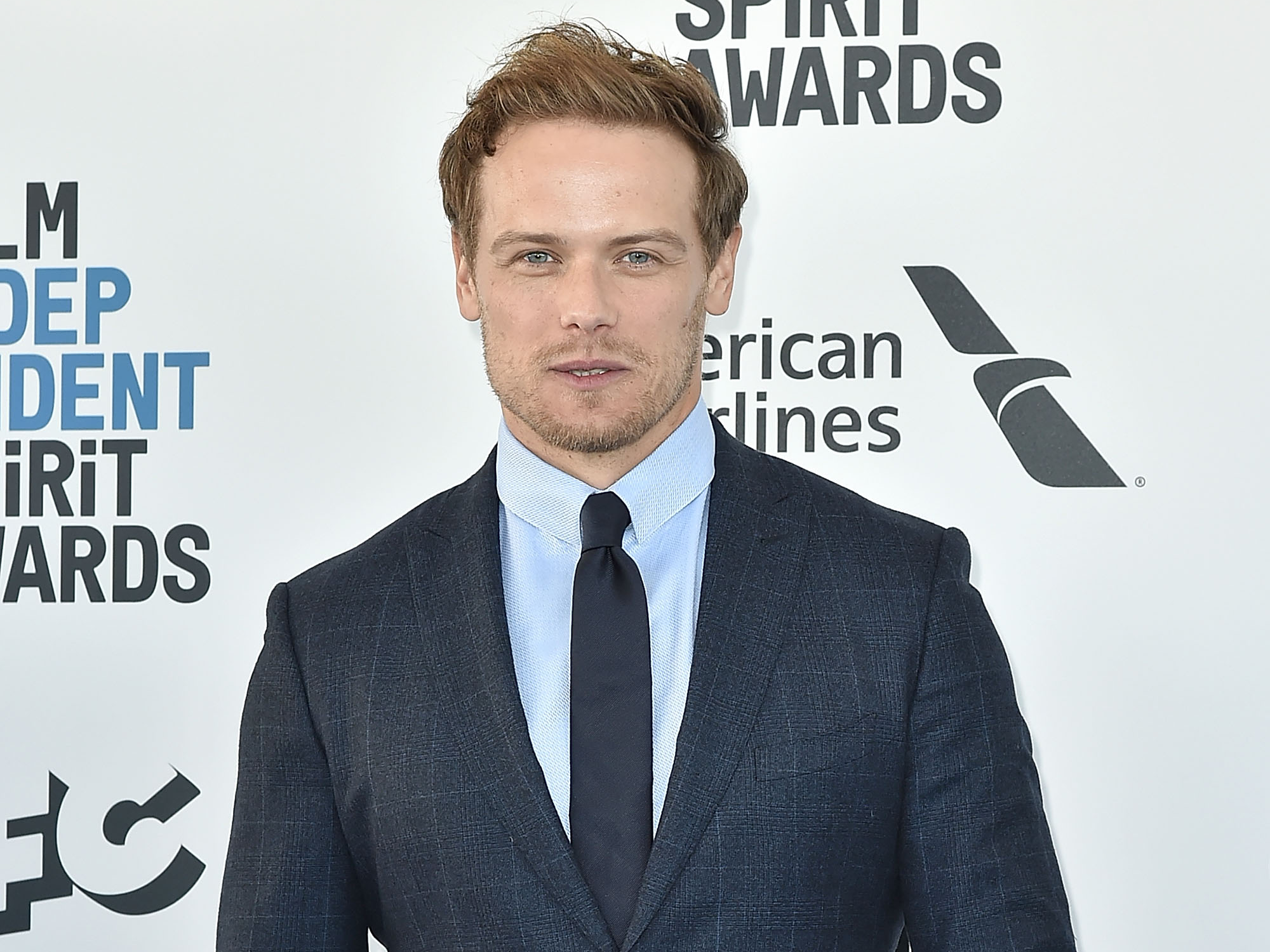 On “The Late Show with Stephen Colbert,” Scottish actor Sam Heughan said that he’s been working on creating a scotch whisky for a long time.

It’s called The Sassenach, and it is distilled in Scotland. The beverage is said to taste of peach, honey, apricot and butterscotch with scents of almonds, citrus fruits, and vanilla.

The label is set to officially launch in March.

Dwayne “The Rock” Johnson has a tequila label. 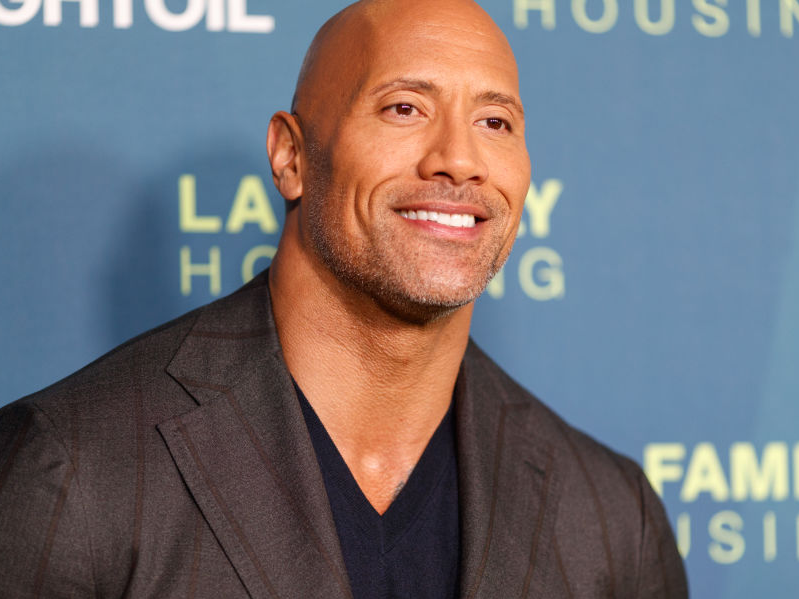 In October 2019, the actor announced he’d be launching the label Teremana Tequila, writing on Instagram that “TERA is meant to represent ‘Terre’ which means of the earth and MANA is our powerful Polynesian spirit that guides us.”

He said it’s been his dream to create high-quality, hand-crafted tequila and that he spent years working on this brand.

The label officially launched in March with a slow roll-out. It currently comes in blanco and reposado varieties. 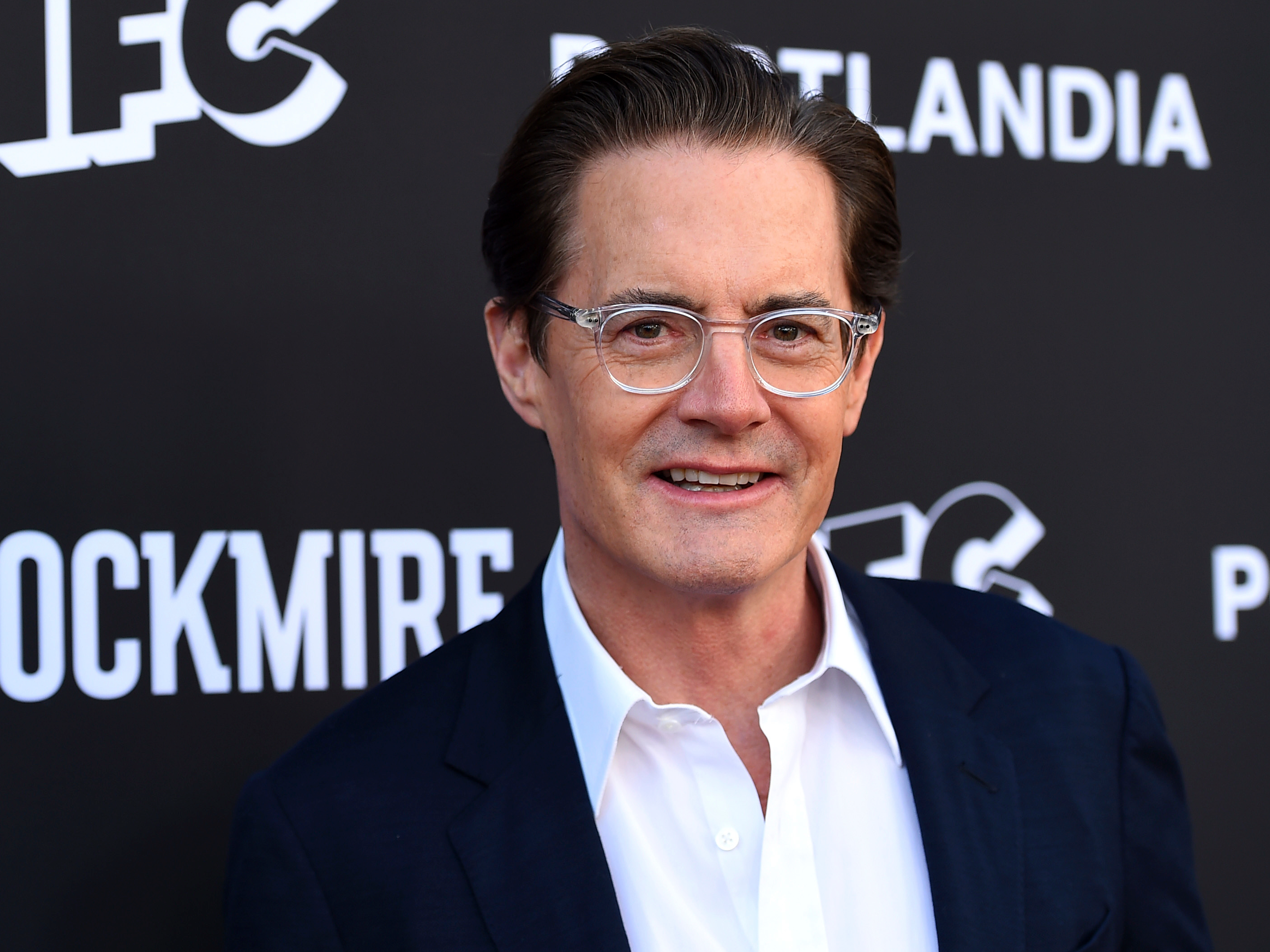 The actor, known for playing Agent Dale Cooper in the “Twin Peaks” saga, is also the owner and face of Pacific-Northwest winery Pursued by Bear.

The fun, literary-inspired name of the brand is a reference to a famously vague Shakespearean stage direction: “Exit, pursued by a bear.”

The winery has been in operation since 2005 and its wines have been regularly well-reviewed by industry publications for years. 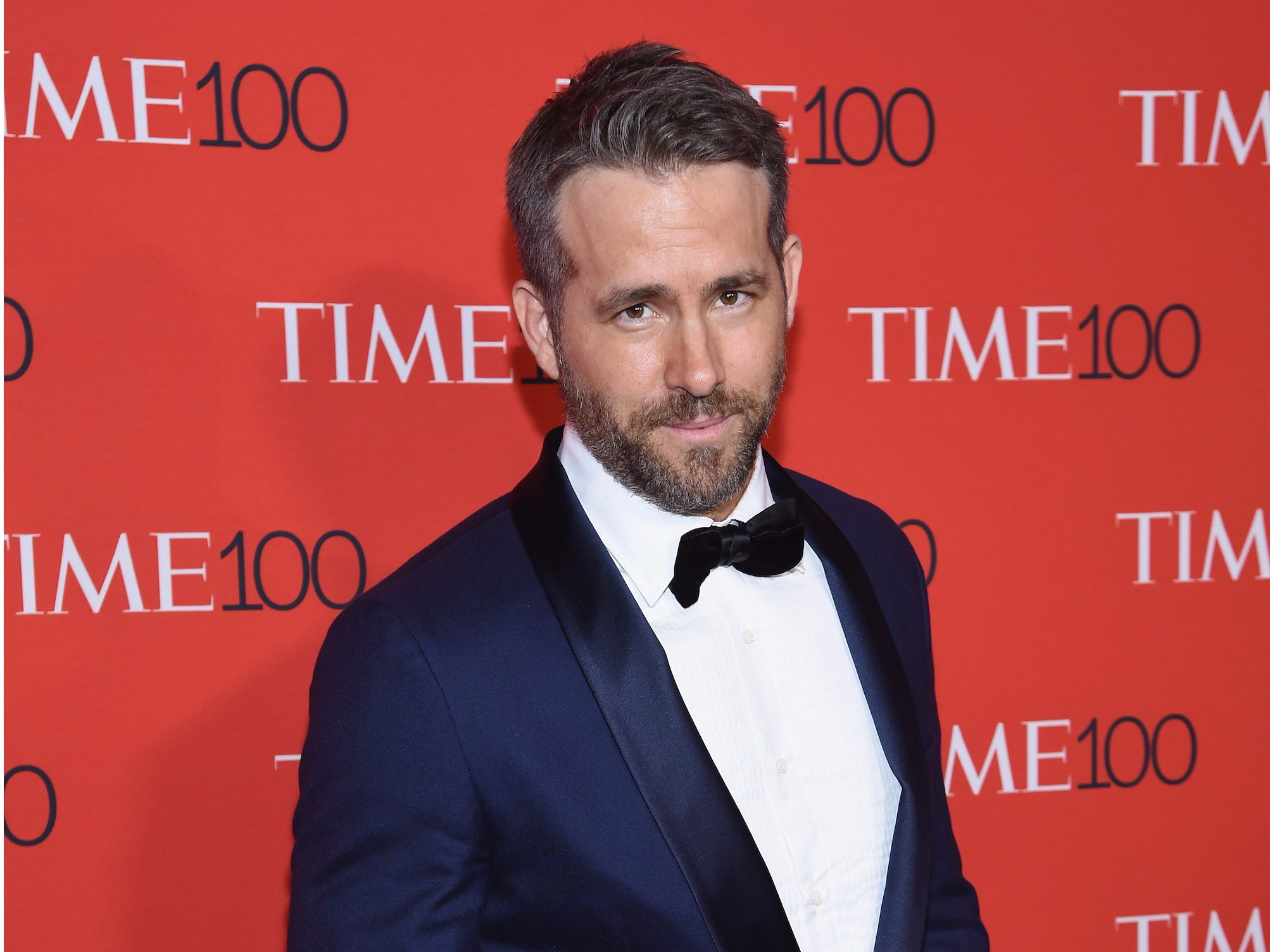 Dimitrios Kambouris/Getty ImagesRyan Reynolds is also a spokesperson for the Aviation Gin company.

You may have seen the actor’s face on ads for the Portland-based gin brand but he’s more than just a spokesperson for Aviation Gin. He’s also the owner of the company as of February 2018.

According to Fortune, his involvement is more on the business side of things than the distilling side, but his interest in the company came from his preference for the gin itself.

In September 2018, Aviation Gin told Fortunate that Reynolds plays “an active role in the day-to-day business and oversees creative direction” for the company.

In 2017, Sammy Hagar of Van Halen and Adam Levine of Maroon 5 launched Santo, a brand of mezquila. A pairing of musicians is behind this “first of its kind” liquor combo.

Mezquila is a blend of mezcal and tequila and the idea behind this combination is to balance the smoky flavour of mezcal with the blue-agave flavour of tequila.

“After three or four shots [of Santo], you feel like you smoked a cigar,” Hagar told USA Today in 2017. A 750-mL bottle of Santo typically retails for around $US50.

Actor Dan Aykroyd is the cofounder and co-owner of Crystal Head Vodka. 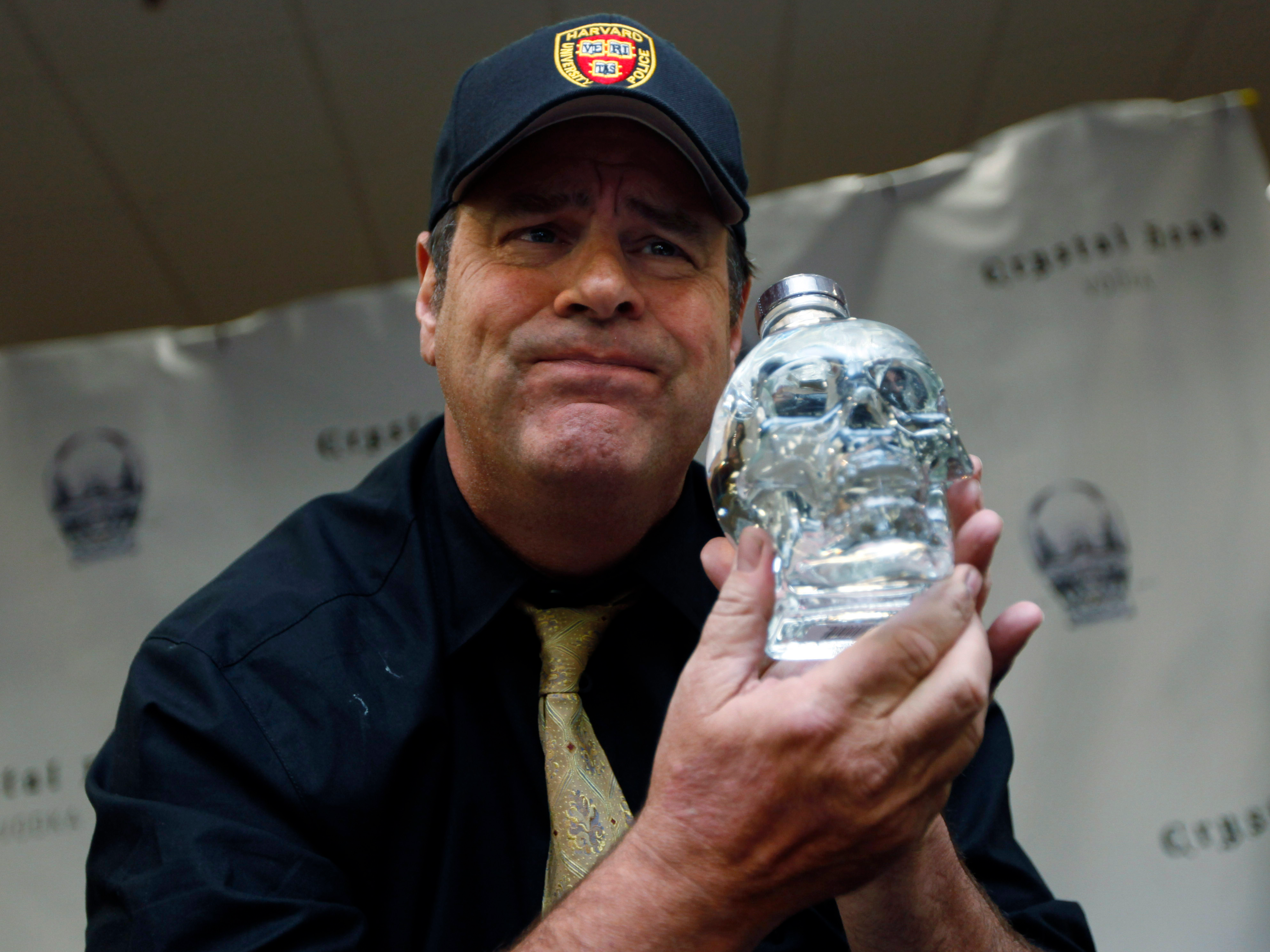 The “Ghostbusters” star partnered with artist John Alexander to create this special, sugar-free vodka. The idea for the brand came from Aykroyd’s desire for an additive-free vodka.

Sold in a distinct, skull-shaped bottle, the vodka is free of additives and is filtered multiple times through semi-precious crystals known as Herkimer diamonds.

Drake is one of the collaborators behind the luxury whiskey brand Virginia Black. 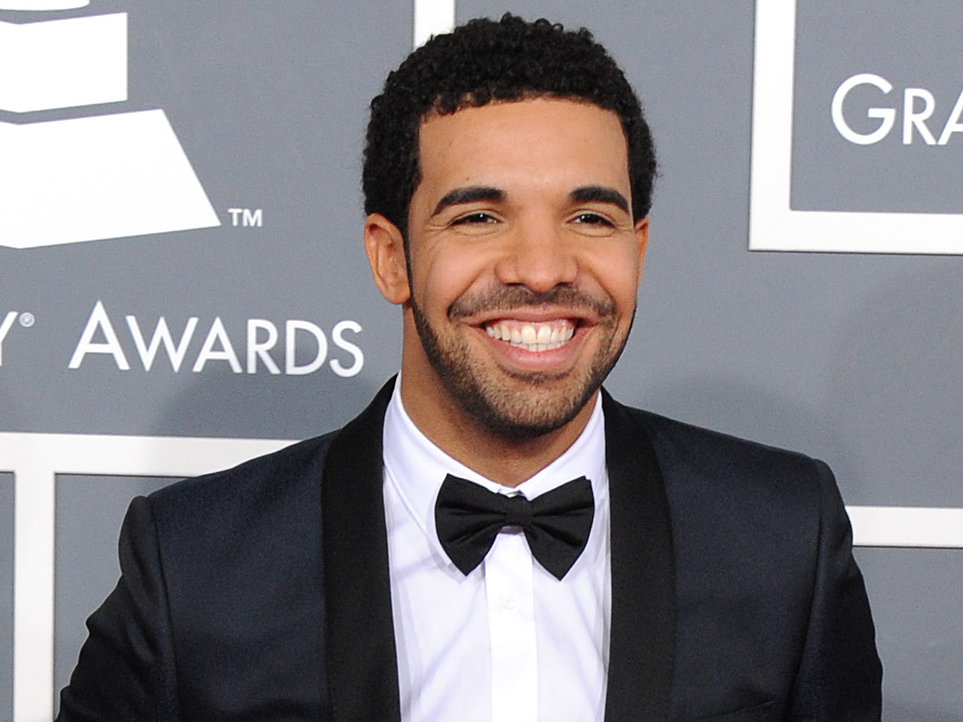 Jordan Strauss/Invision/APDrake has been in a commercial for the liquor.

Working with Brent Hocking, founder of DeLeón Tequila, Drake launched the spirit in 2016.

The whiskey is known for its stylish bottle and for having an impressive Instagram following of over 67,000 followers. A 750-mL bottle typically retails for around $US42.

Drake was even in a commercial for the spirit in 2017. 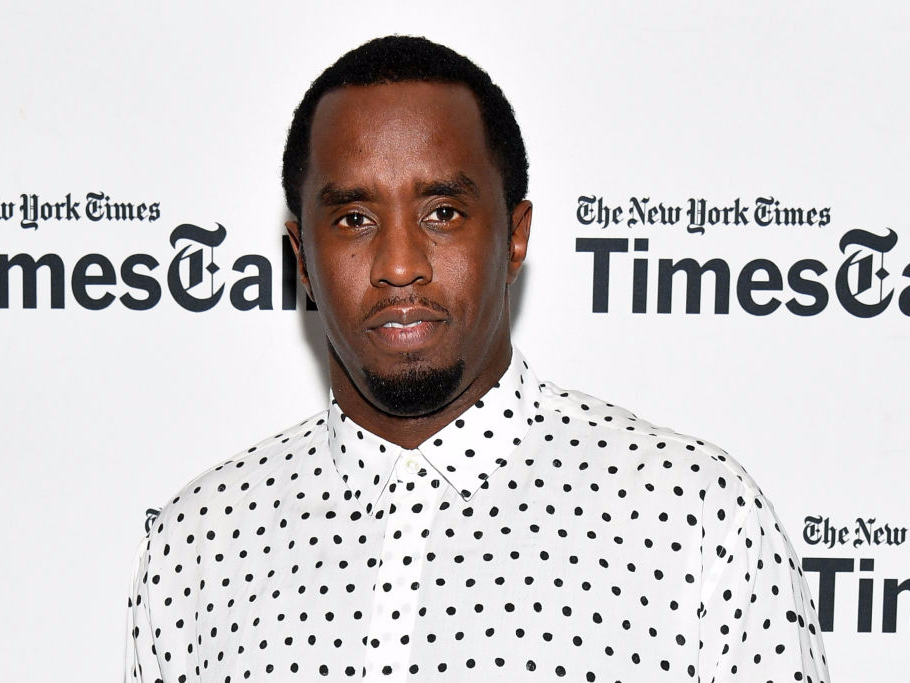 Dia Dipasupil/Getty ImagesSean Combs has an entire company dedicated to wine and spirits.

This luxury tequila first launched in 2009 and it is sold in fragrance-grade glass bottles.

In 2014, following the success of their investment in Cîroc Vodka, Combs and Hocking acquired the DeLeón brand as part of the company Combs Wine & Spirits.

George Clooney became one of the cofounders of Casamigos tequila in 2013. 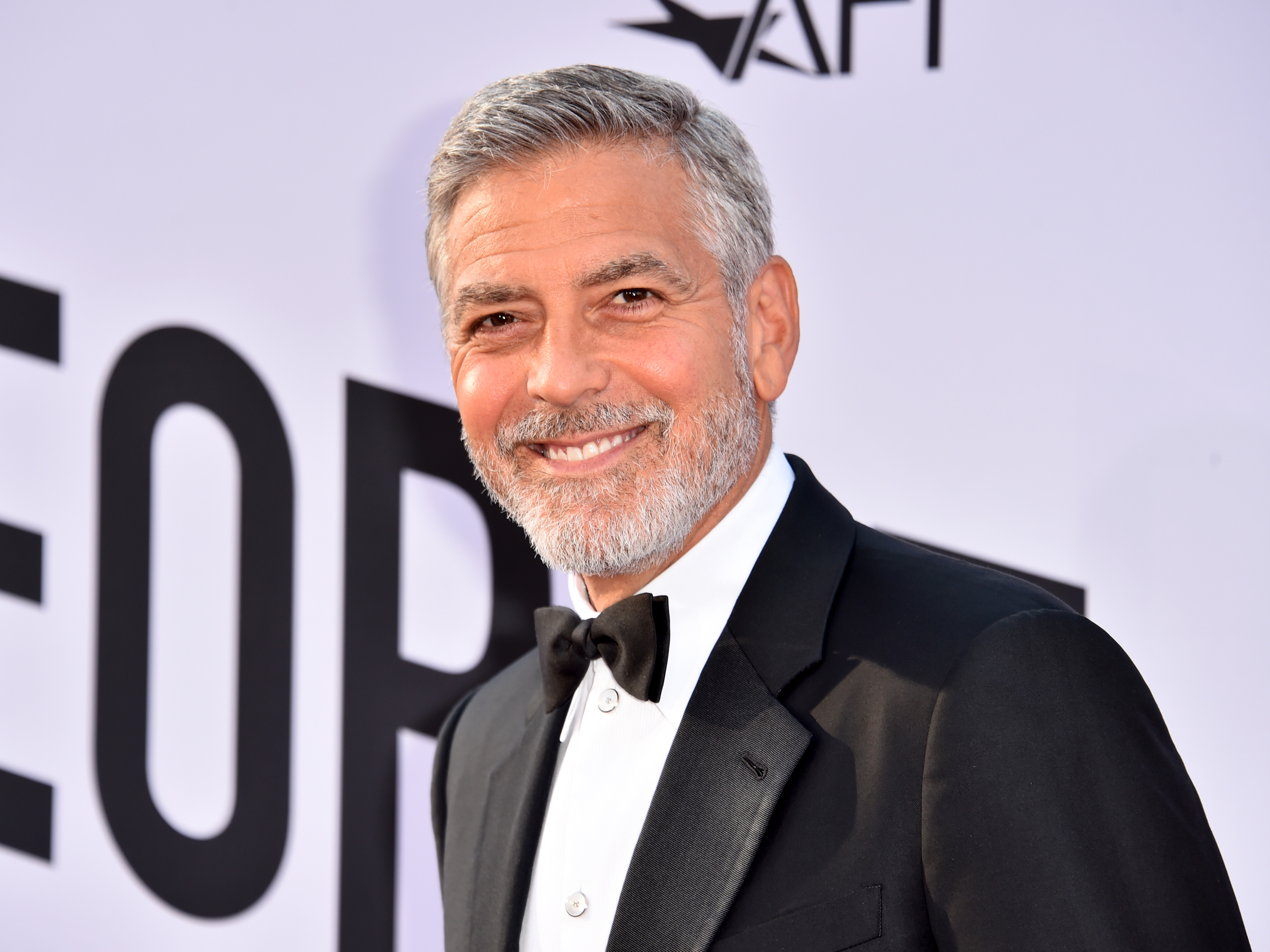 The actor worked with Rande Garber, nightlife entrepreneur and husband to Cindy Crawford, and Mike Meldman, a real-estate tycoon, to create this tequila that’s made in Jalisco, Mexico.

“What was really important for George and I was that we have the best tequila, but we make it affordable for everyone,” Garber told Business Insider in 2017. “We wanted everyone to be able to drink it and not be exclusive.”

In 2017, liquor company Diageo bought the brand at a high valuation of $US1 billion – what the Wall Street Journal estimated to shake out to $US500 per bottle (a 750-mL bottle of Casamigos actually retails for closer to $US50 to $US55).

You might recognise the label from Princess Eugenie and Jack Brooksbank’s royal wedding, as Brooksbank is the European brand manager for Casamigos tequila. 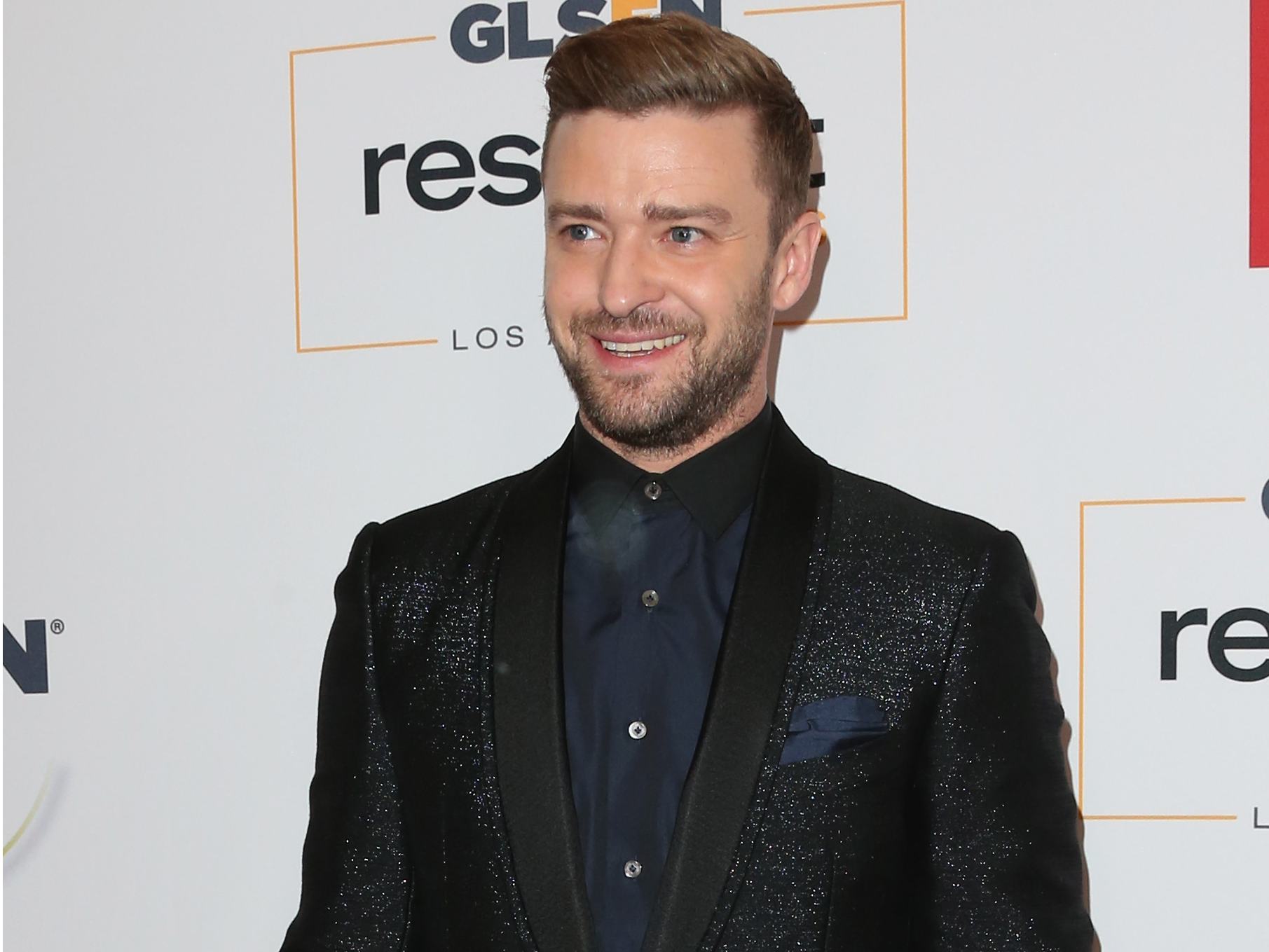 Per Forbes, the singer initially launched his own tequila in 2009. The triple-distilled tequila is known for its smoothness and it won a gold medal at the San Francisco World Spirits Competition in 2012.

The “901” in the drink’s name is a nod to Timberlake’s hometown area code in Memphis, Tennessee, according to Forbes.

Most recently, Timberlake partnered with Sauza to relaunch the beverage in 2014.

Filmmaker Francis Ford Coppola has been in the wine business almost as long as the movie business. 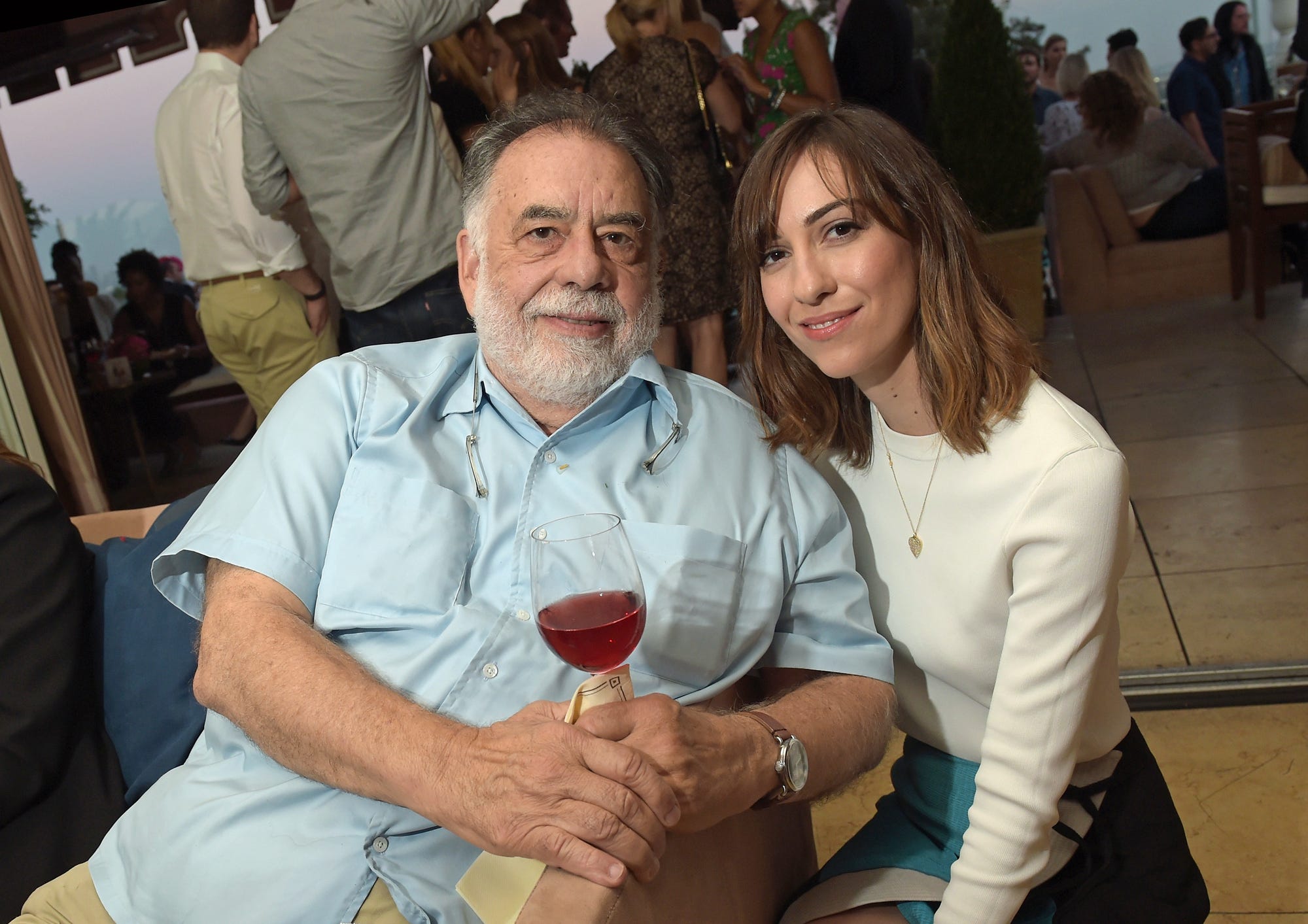 Jason Kempin/Getty ImagesFrancis Ford Coppola and Gia Coppola at the launch for Gia By Gia Coppola.

From movies to wine, the Coppola family has a diverse empire.

The “Godfather” director and his wife, Eleanor, purchased part of the Inglenook Winery estate in 1975 and later went on to launch a Coppola-branded winery and a well-known family of wines. 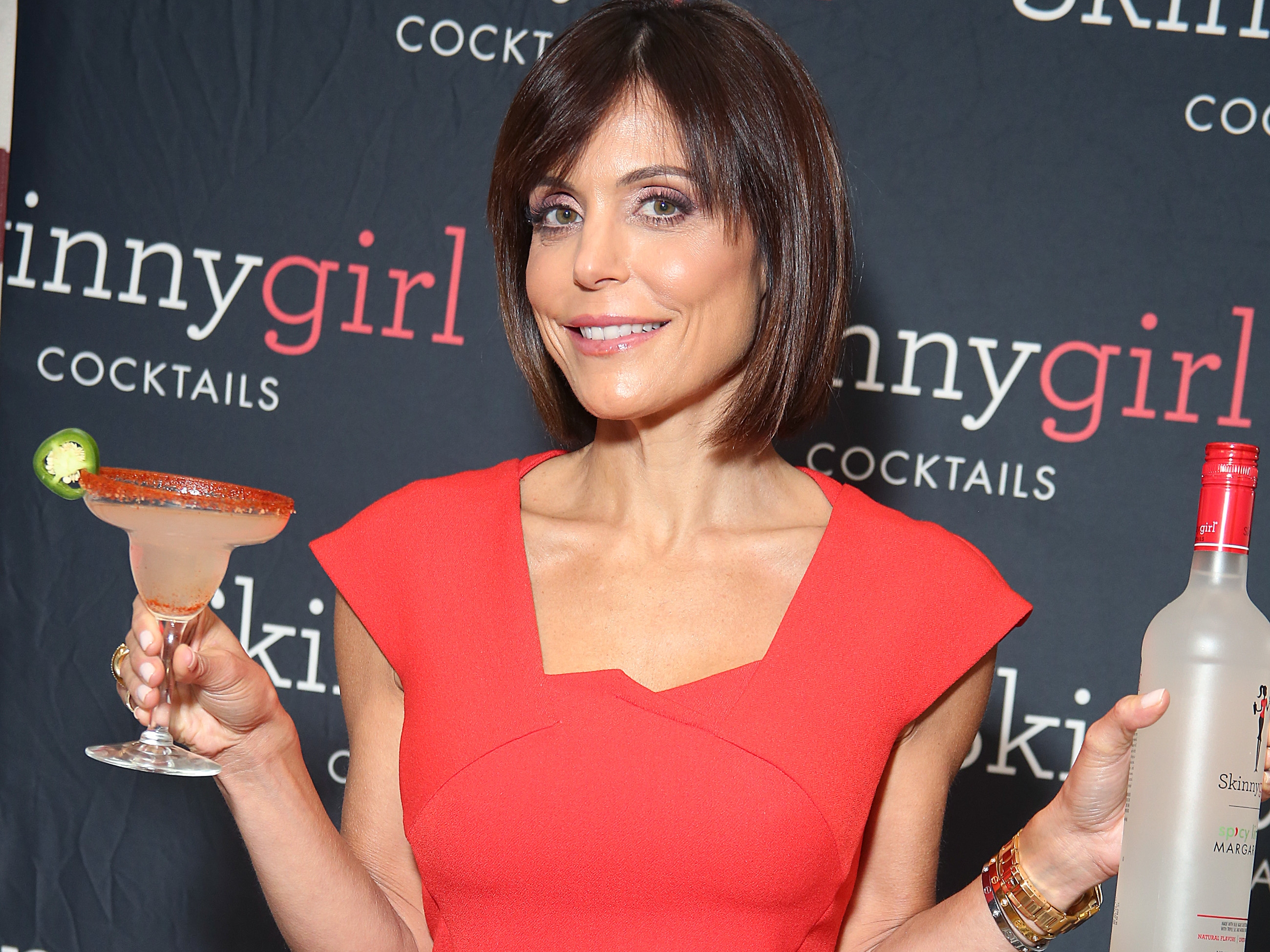 Star Shooter/MediaPunch/IPX/APBethenny Frankel was on ‘The Real Housewives of New York.’

Although you may know her first and foremost as a reality star who was on “The Real Housewives of New York,” Frankel has been in business for about as long as she’s been on TV.

Created in 2009,Skinnygirl began as a brand that offered low-calorie versions of margaritas.

In 2011, Frankel partnered with the beverage company Beam Suntory in a reported $US100-million-dollar deal to expand the brand’s offerings to include wines, flavored vodkas, and more ready-to-drink cocktails.

Sammy Hagar from Van Halen and Guy Fieri crafted a tequila together. 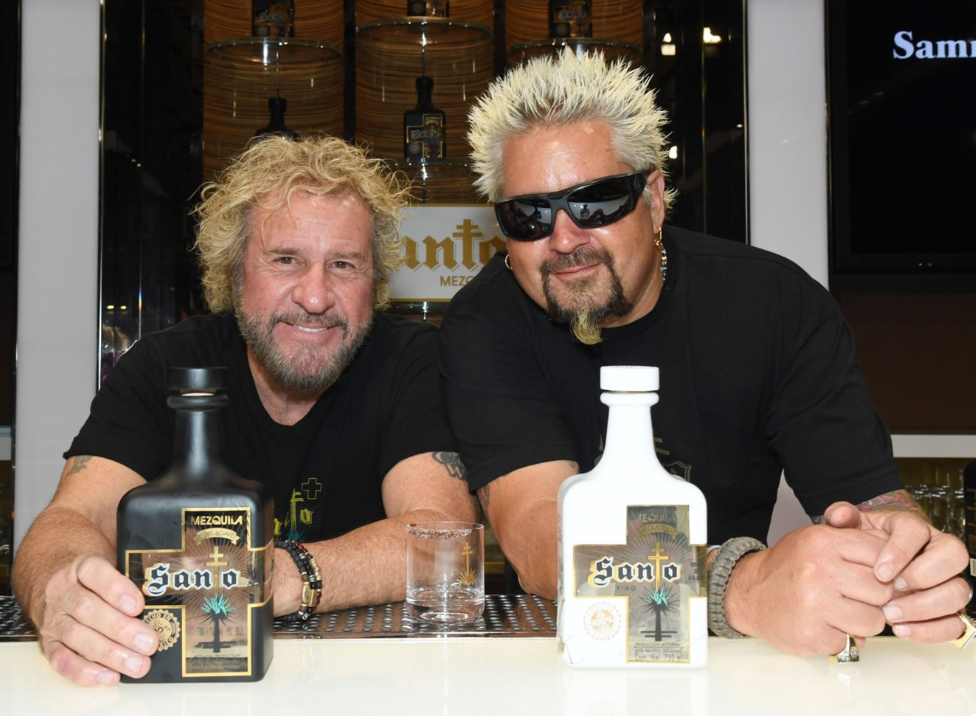 Guy Fieri and Sammy Hagar of the group Van Halen partnered up to create a tequila called Santo Fino Blanco. It’s made with 100% blue Weber agave

In the past, Hagar has launched a tequila with Adam Levine, the frontman of Maroon 5.

“Breaking Bad” co-stars Aaron Paul and Bryan Cranston have their own mezcal. 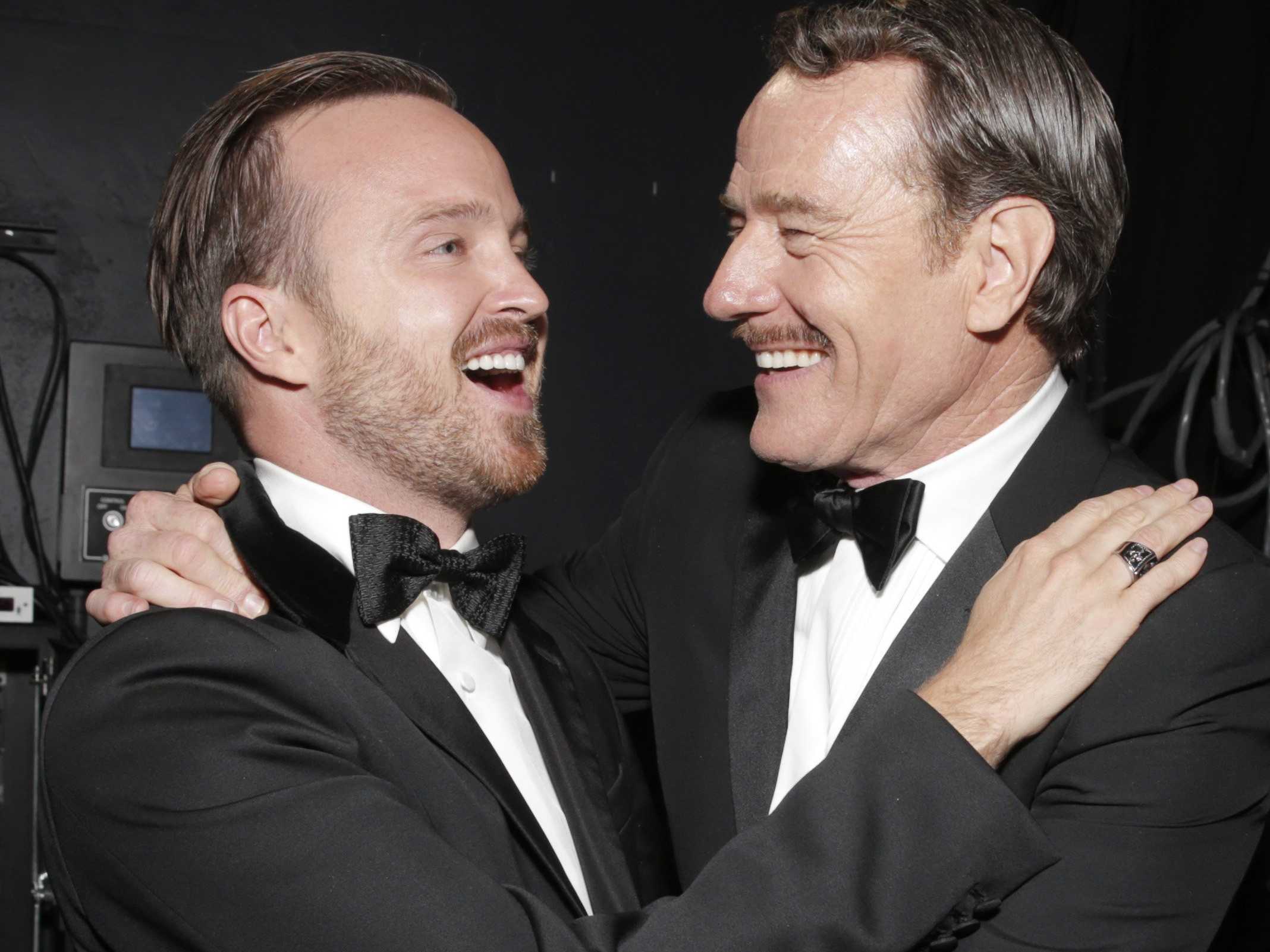 Todd Williamson/Invision for the Television Academy/AP ImagesAaron Paul and Bryan Cranston have worked together for years.

The actors partnered to launch Dos Hombres, an “artesanal mezcal” that’s meant to be shared.

According to the brand’s Instagram, the pair concocted this idea a few years ago while talking about their future career endeavours.

Per the Dos Hombres website, this mezcal is “a unique blend of the finest Espadin agave, hand-selected from the hillsides of a small village in Oaxaca, Mexico.”

Nick Jonas, of the American pop-rock trio the Jonas Brothers, has his own premium tequila brand, Villa One Tequila. 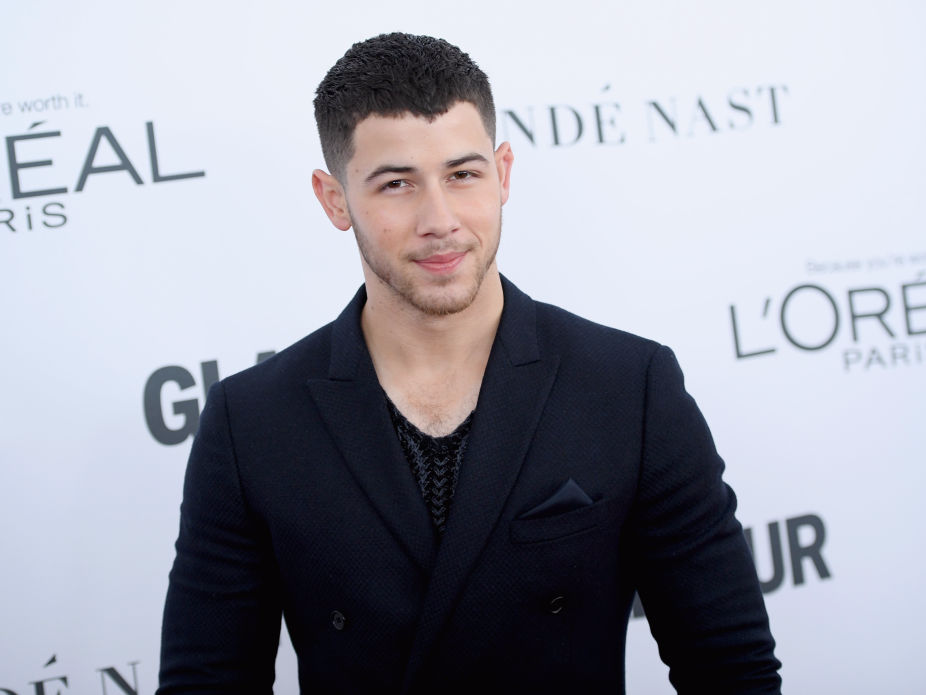 Dimitrios Kambouris/Getty ImagesNick Jonas is a member of the Jonas Brothers.

Nick Jonas and fashion designer John Varvatos came up with the idea to launch their own tequila brand during a trip to Mexico in 2018 with family and friends.

The pair teamed up with master distiller Arturo Fuentes and the Stoli Group to bring Villa One Tequila to life.

“When we brought our friends together over tequila in Mexico, we learned that we share the same values – enjoying time with friends and family, old and new, one glass at a time,” Jonas said in a statement given to Insider.

Villa One Tequila is currently available in silver, reposado, and anejo varieties.