50 celebrities you didn't know went to school together 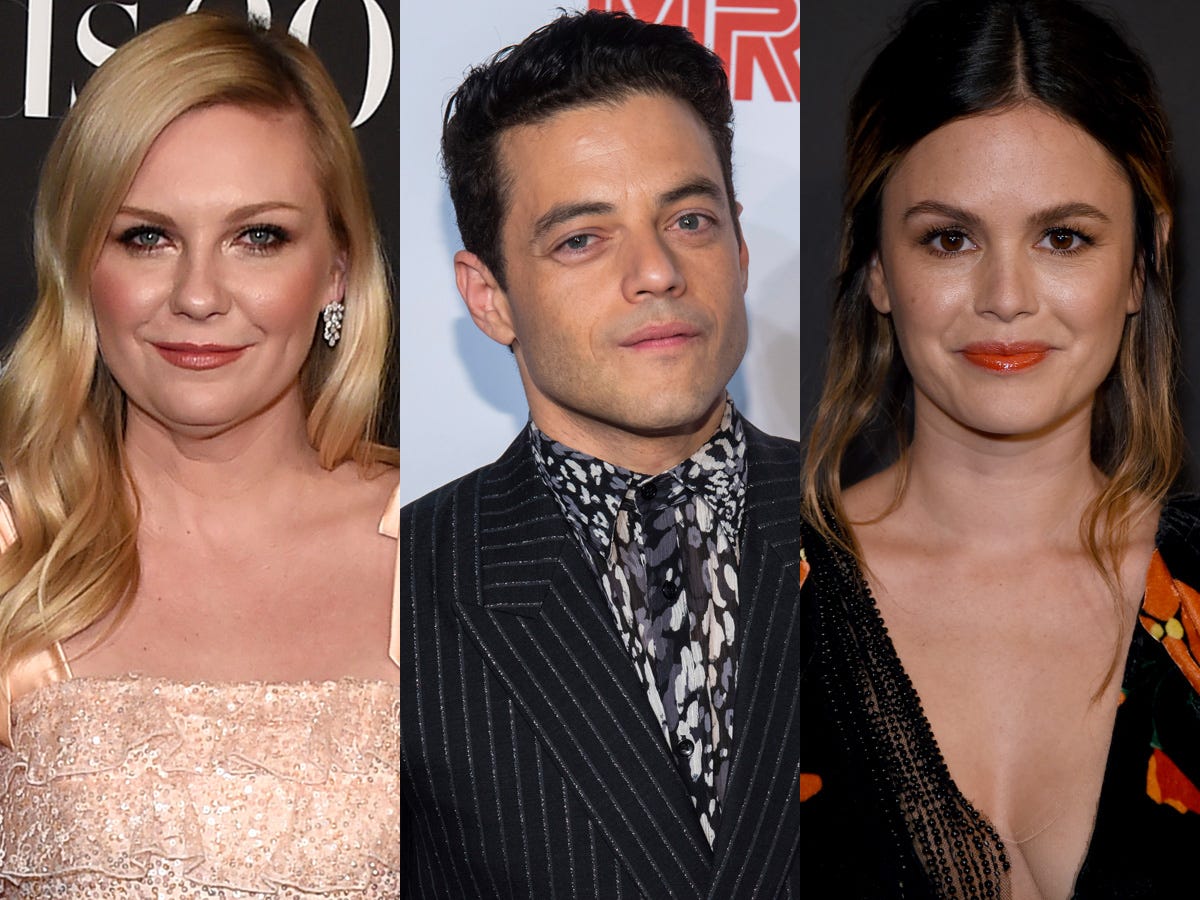 It’s no secret that celebrities run in the same circles, but some stars have actually met before becoming famous. Cameron Diaz and Snoop Dogg were high school classmates in California, while stars like Adam Levine and Jonah Hill met in grade school.

From “Riverdale” costars Camila Mendes and Cole Sprouse to Hollywood besties like Kate Hudson and Liv Tyler, these are the celebrities who went to school together. 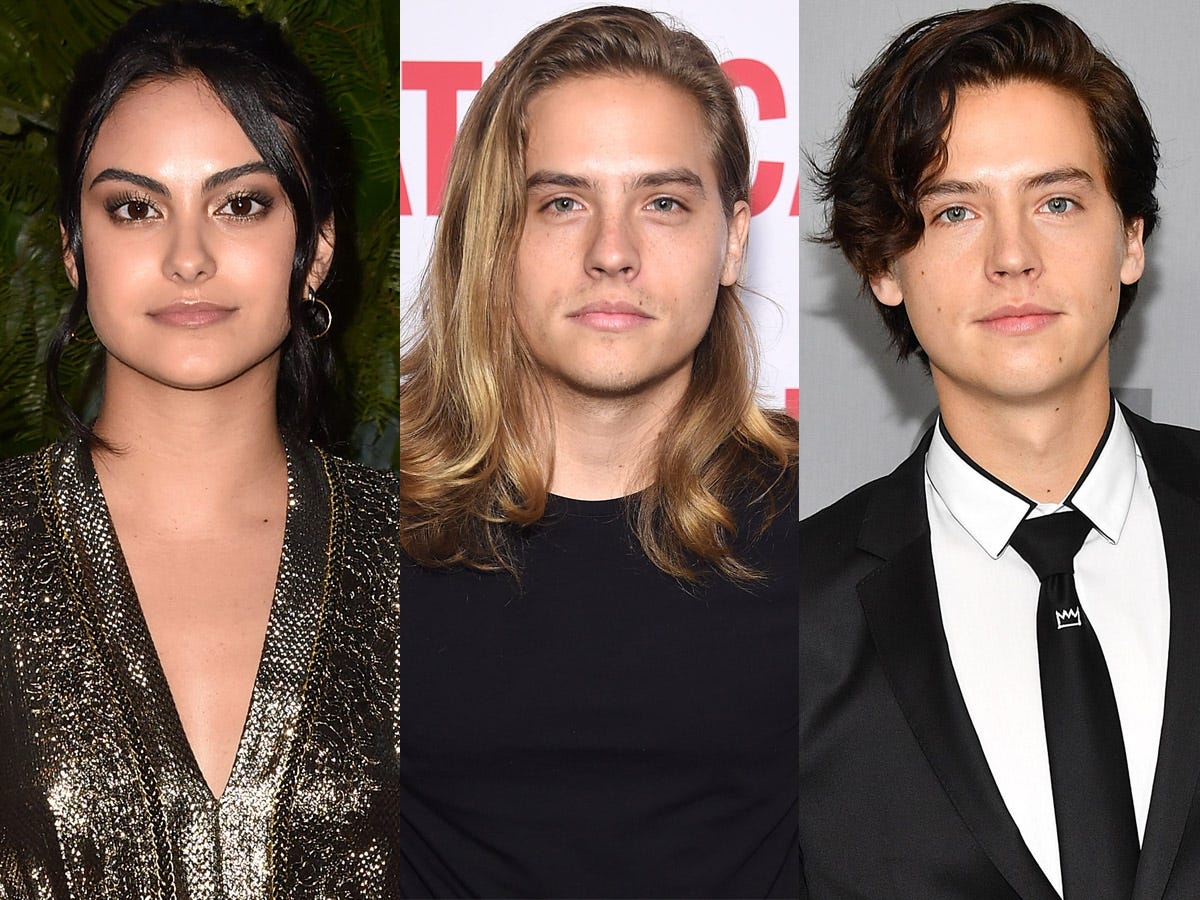 Mendes graduated from NYU in 2016 while the Sprouse twins graduated in 2015.

During an interview with Office magazine, Mendes recalled seeing Cole and Dylan on campus and at parties – but Cole still doesn’t remember her.

“I saw him around and there was a time when we had class in the same building so I would always see him outside,” she said. “He was a weirdo! He had really long hair down to his butt cheeks. He was really shy too. I would see him at parties sometimes and I always kind of randomly talked to his brother, but I never got a chance to talk to him because he was more to himself.”

She added: “Cole always laughs when I tell him that because I remember meeting him on certain occasions and he doesn’t.” 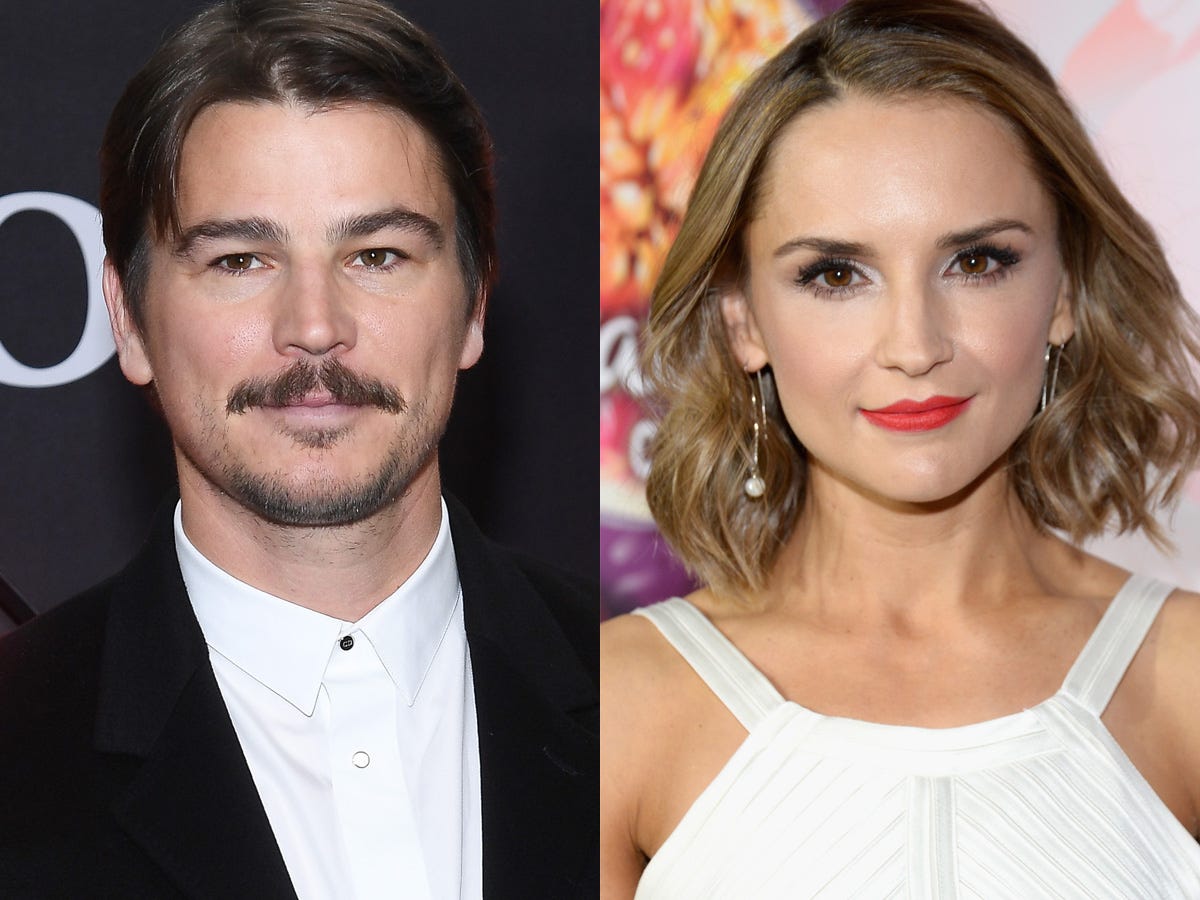 Hartnett and Cook Cook also admitted that she thought Hartnett “was really cute” at the time.

The two went on to star in the 2001 romantic comedy “Blow Dry,” alongside Bill Nighy and Alan Rickman. 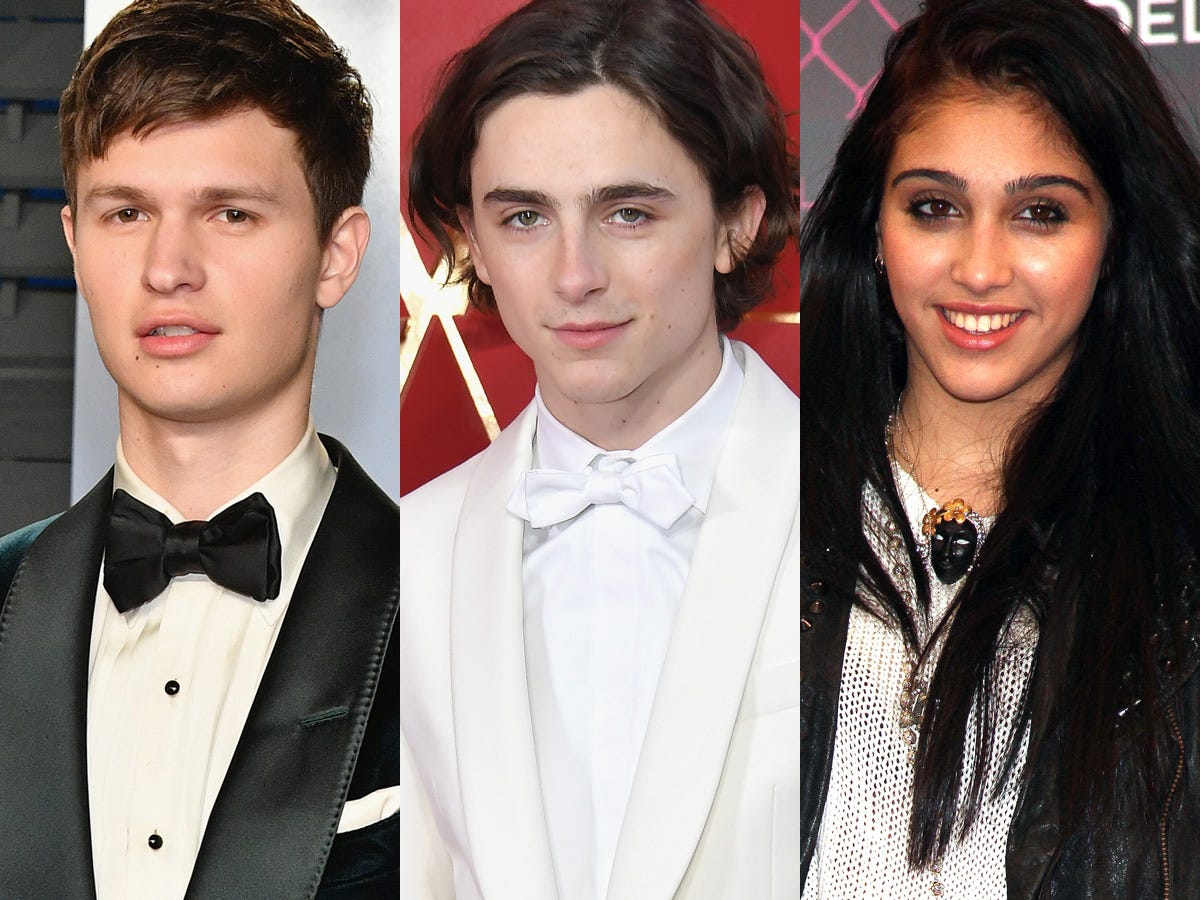 Since high school, Elgort and Chalamet have gone on to star in major movies like “Baby Driver” and “Call Me by Your Name.” Even though their school days are over, the two remain good friends.

“It’s really crazy, Timmy and I played on the same basketball team, we had the same drama teacher, Mr. Shifman, we had the same science teacher, Mr. Singh, and then in the same year, both of us are nominated for a f$&king Golden Globe!!! Living the dream sitting courtside at the Knicks game together. Life is crazy. Congrats to you Timmy,” Elgort wrote on Instagram in December 2017.

“No one disliked Timmy,” Elgort added during an interview with MTV. “Some people disliked me.”

While at LaGuardia, Chalamet also met Leon (Madonna’s daughter) and dated her. It’s unclear how long they were a couple for, but Chalamet seemed flustered when Andy Cohen questioned him about the relationship during an interview. 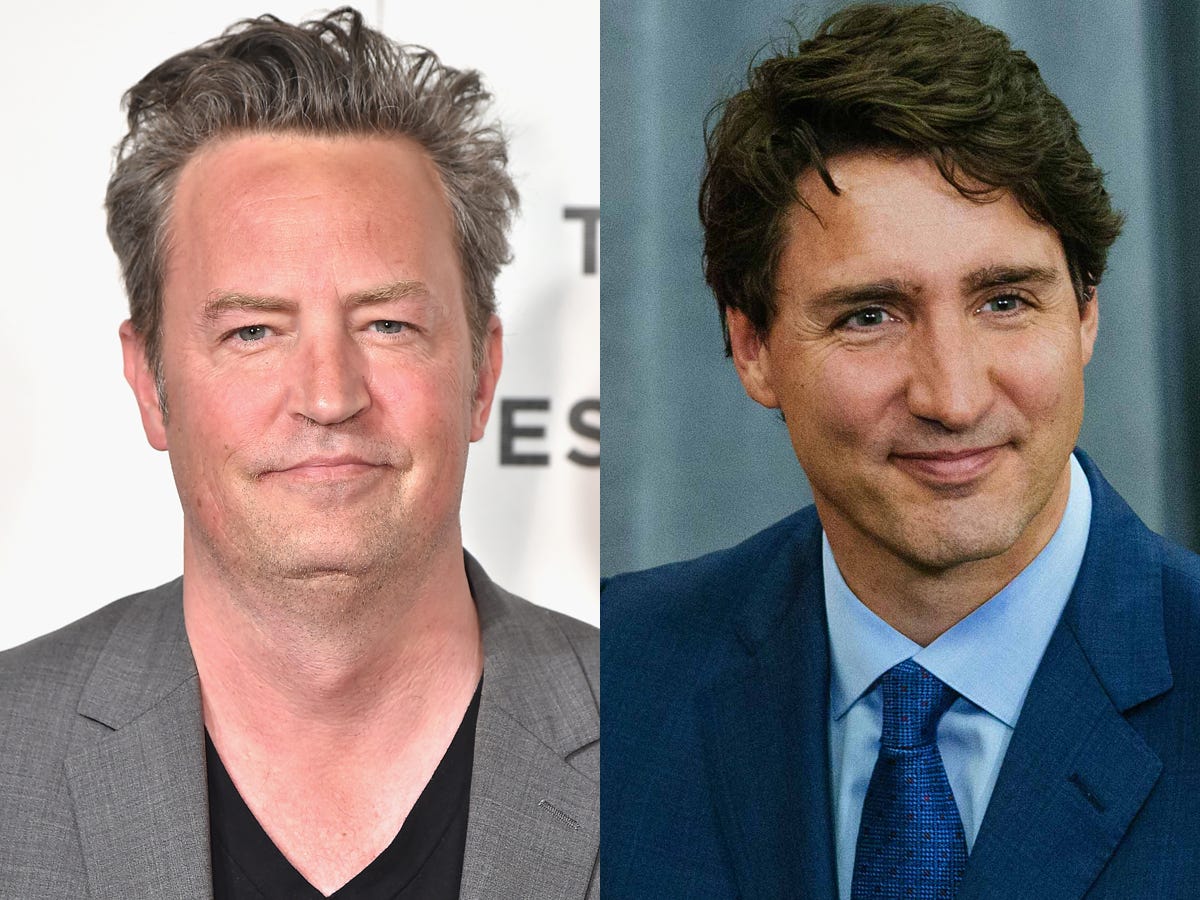 The “Friends” star admitted that he teamed up with his friend to beat up Trudeau.

During an interview on “Jimmy Kimmel Live,” Perry explained that he was in the fifth grade and Trudeau was in the third grade.

“I think he was excelling in a sport that we weren’t, so it was pure jealousy,” Perry said.

He added: “I’m not bragging about this, this is terrible. I was a stupid kid, I didn’t want to beat him up. In fact, I think at one point I tried to turn it into love play.”

In response to Perry’s revelation, Trudeau tweeted: “I’ve been giving it some thought, and you know what, who hasn’t wanted to punch Chandler? How about a rematch @MatthewPerry?”

Barbra Streisand and Neil Diamond are accomplished musicians — and they were schoolmates at Erasmus Hall High School in Brooklyn, New York. 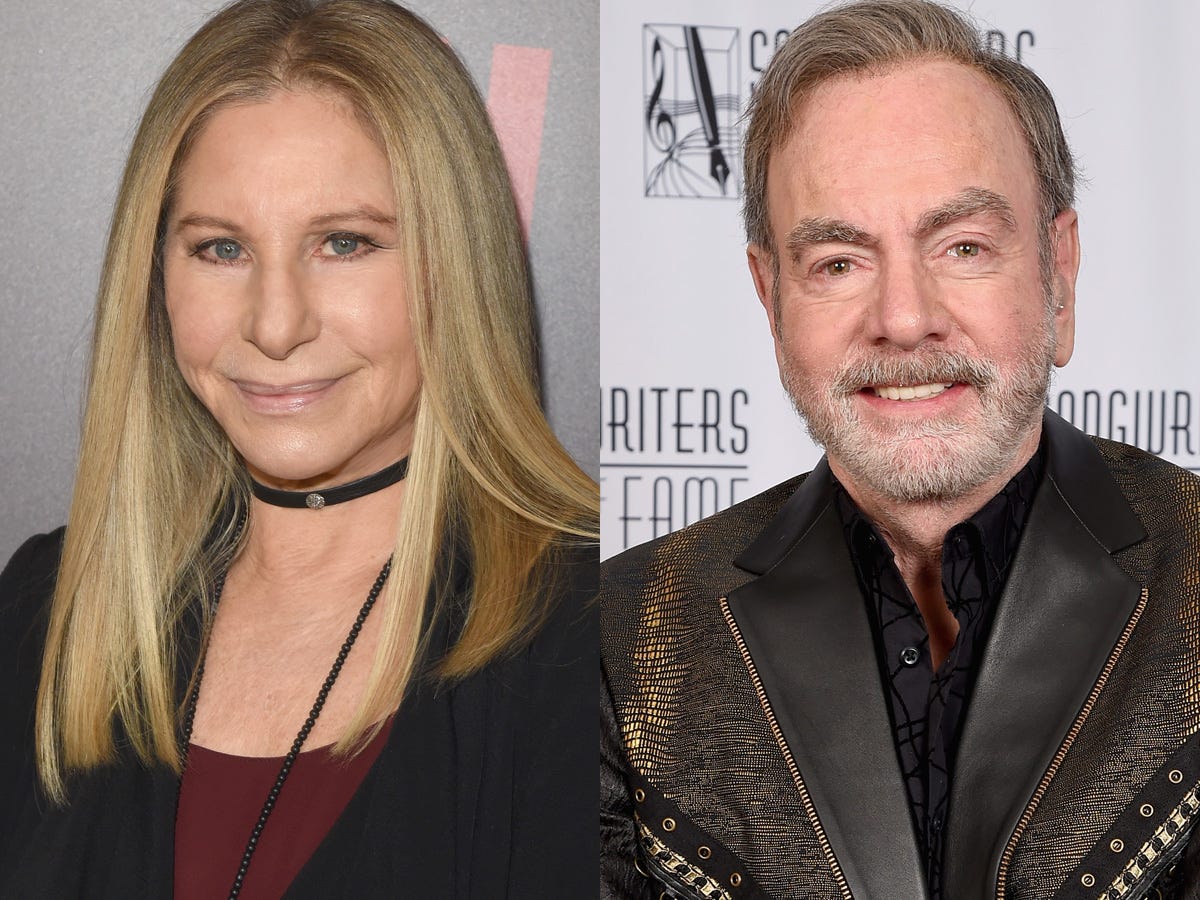 Both stars became Golden Globe winners, in addition to receiving plenty of other awards over the decades. 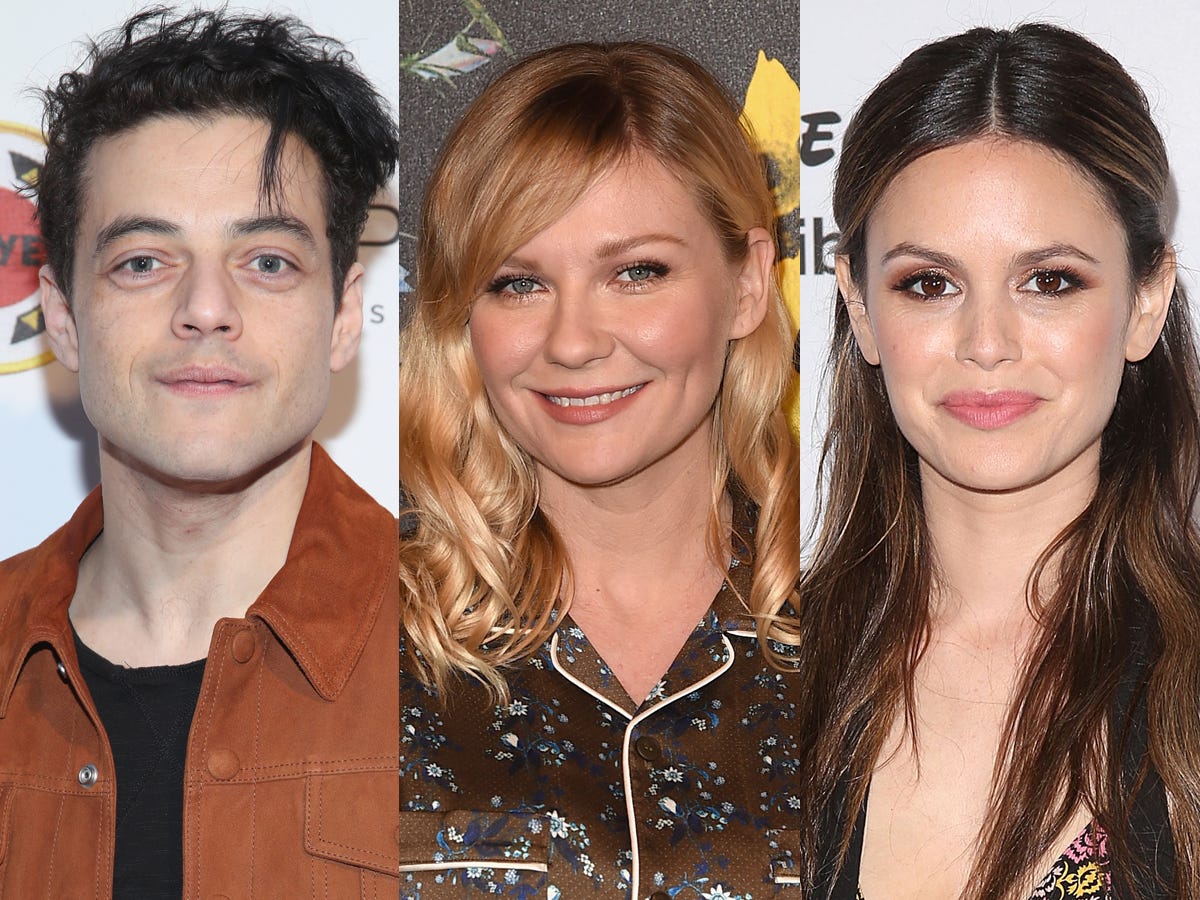 During an interview with “E! News” at the 2016 Golden Globes, Malek revealed that he’s “still friends” with Dunst – and he “used to have a little crush on her.” They also took a musical theatre class together.

Malek and his twin brother, Sami Malek, graduated from the school in 1999 – the same year as fellow classmate and future “O.C.” star Rachel Bilson. 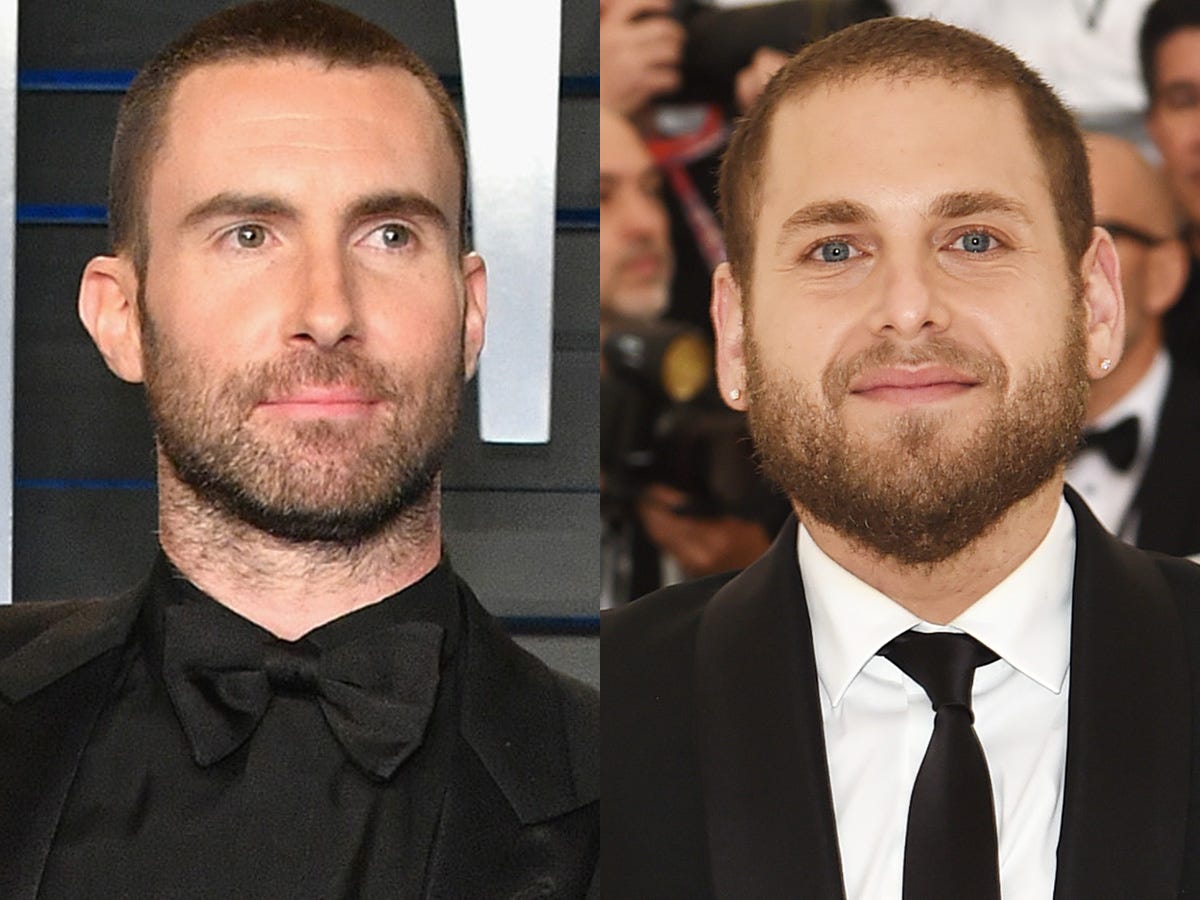 Dia Dipasupil/Getty Images and Jamie McCarthy/Getty ImageJonah Hill’s friendship with Adam Levine dates back to when they were kids.

“Our dads met in the principal’s office in junior high,” Hill told Howard Stern in 2014. “We were in carpool, we lived at each other’s houses.”

Hill added that Levine, one of the faces of Proactive, “had bad acne when he was growing up.” But aside from his skin clearing up, Hill said that Levine’s personality has not changed since being a student at Los Angeles’ Brentwood School.

Levine and Hill are still close to this day, and Hill officiated Levine and Behati Prinsloo’s 2014 wedding. Most recently, Hill’s sister, Beanie Feldstein, appeared in Maroon 5’s music video for “Girls Like You.”

Actress Kelly Preston and former president Barack Obama were both born in Hawaii, so it’s not surprising that they attended the same high school. 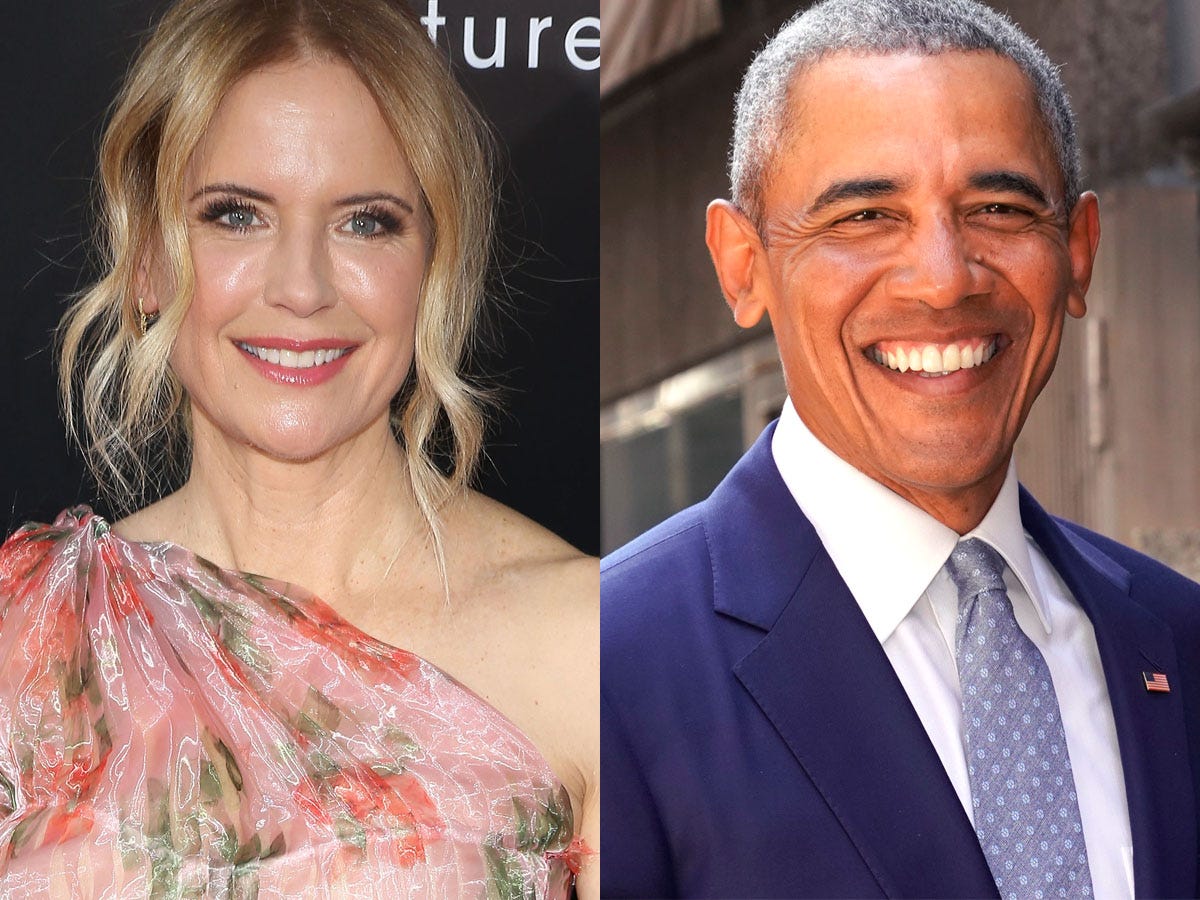 Preston and Obama graduated from Punahou High School, but they didn’t know each other at the time.

During an interview on Bravo’s “Watch What Happens Live,” Preston explained that she “was living in Australia when he was at school.” When she later reconnected with him, he said: “I saw you around campus.” 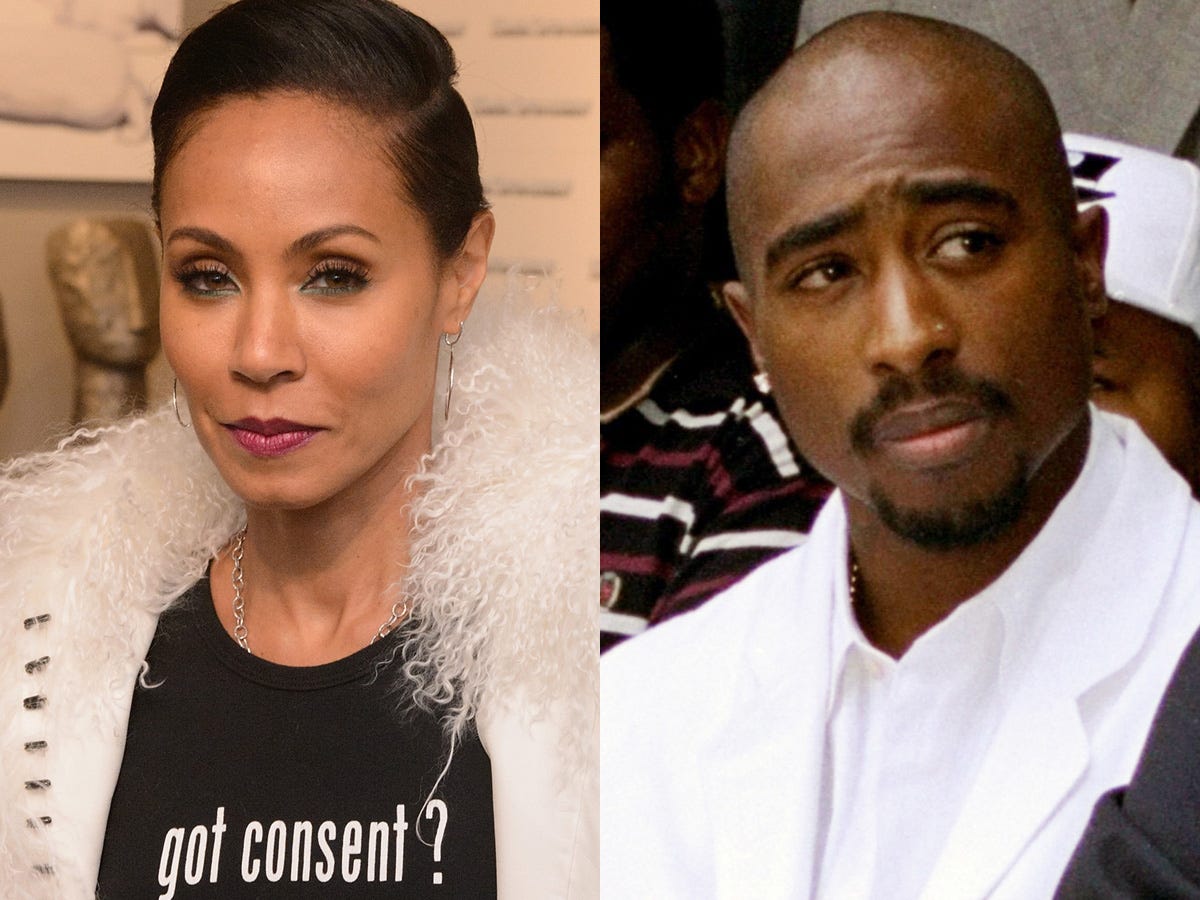 Daniel Boczarski/Getty Images for The Blackhouse Foundation at Sundance 2018 and Frank Wiese/APBoth stars were born in 1971.

When Shakur moved to Maryland, he attended Baltimore School for the Arts. There, he met Jada Pinkett Smith, who would become one of his closest friends.

In an interview, Pinkett Smith said that she was a drug dealer when they first met, and their relationship was platonic.

“Pac and I’s relationship was about survival,” she said. “That’s how it started. And I know most people want to always connect it in this romance thing, and that’s just because they don’t have the story.”

Matt Damon and Ben Affleck have been friends for decades, and attended Boston’s Cambridge Rindge and Latin School together. 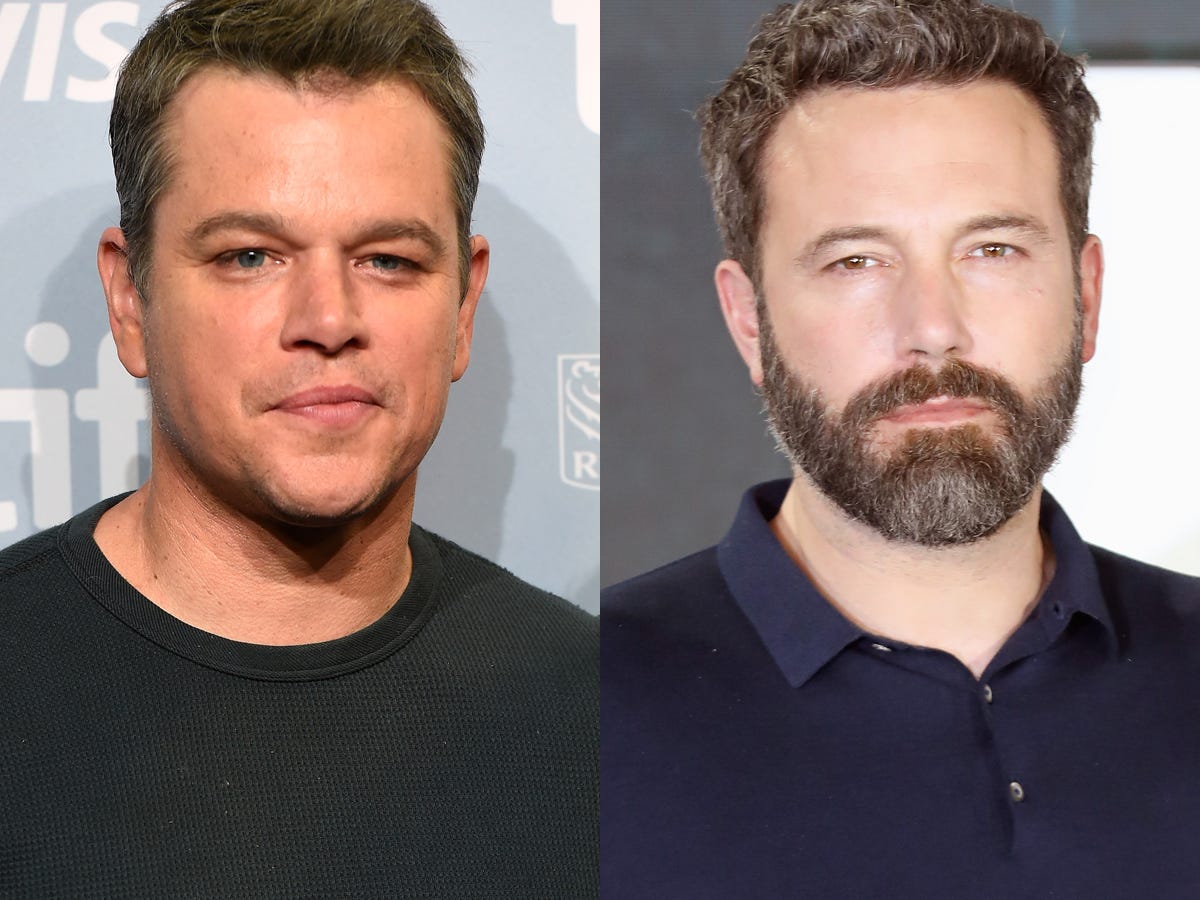 The Massachusetts natives went on to write the screenplay for the Oscar-winning movie “Good Will Hunting” and have high-profile careers in Hollywood. 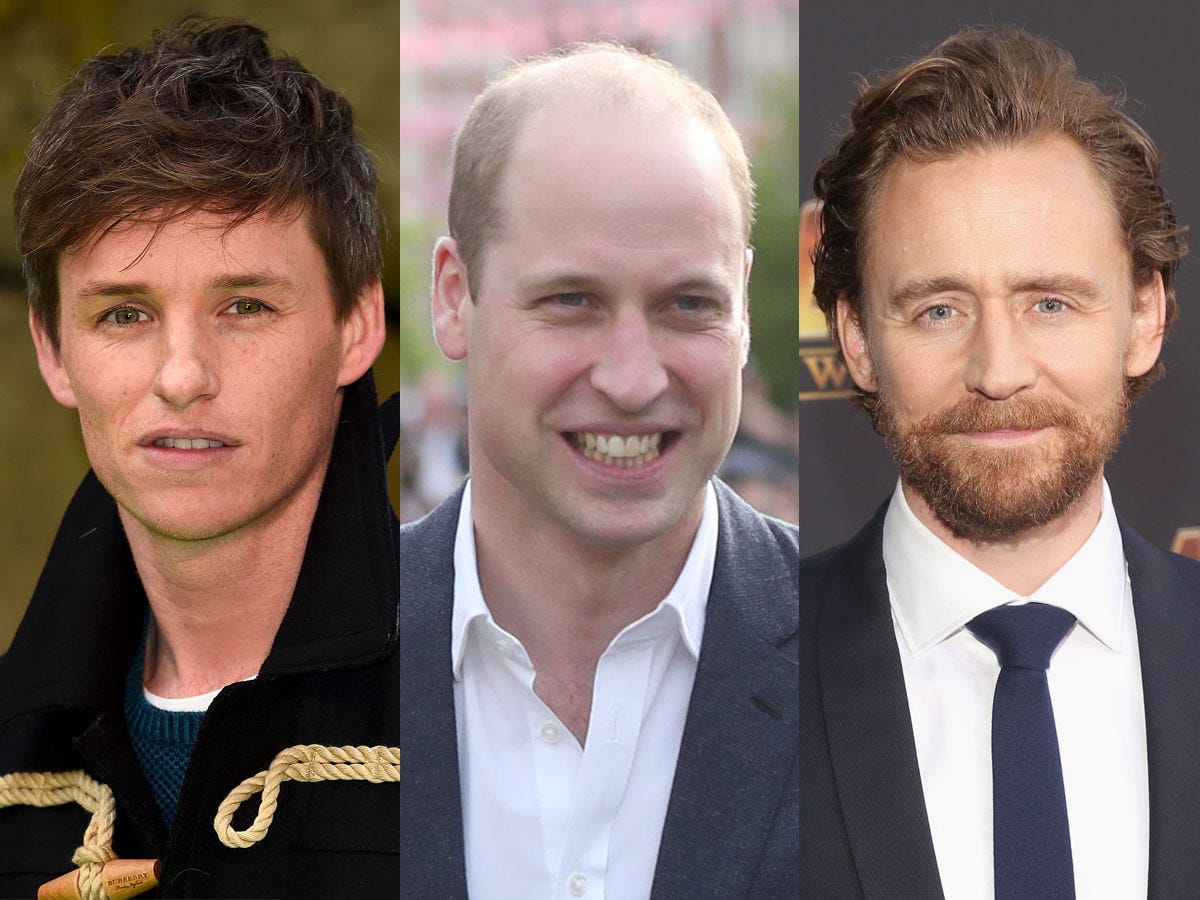 Aside from being schoolmates, Redmayne and Hiddleston participated in a theatre production together.

During an appearance on “The Graham Norton Show” in 2017, Hiddleston explained that they were in the show “A Passage to India,” but Redmayne clearly had the superior role.

“In the ‘Passage to India,’ there’s an expedition by elephant to this cultural landmark called the Marabar Caves,” Hiddleston said. “I’m delighted to reveal that I played the front right leg of the elephant that Eddie was riding on.”

In an interview with Glamour magazine, Redmayne said that aside from going to school with Prince William, they were teammates on Eton College’s rugby team.

“I always felt slightly sorry for him because everyone wanted to tackle the future king of England,” Redmayne said. “He took all the hits.” 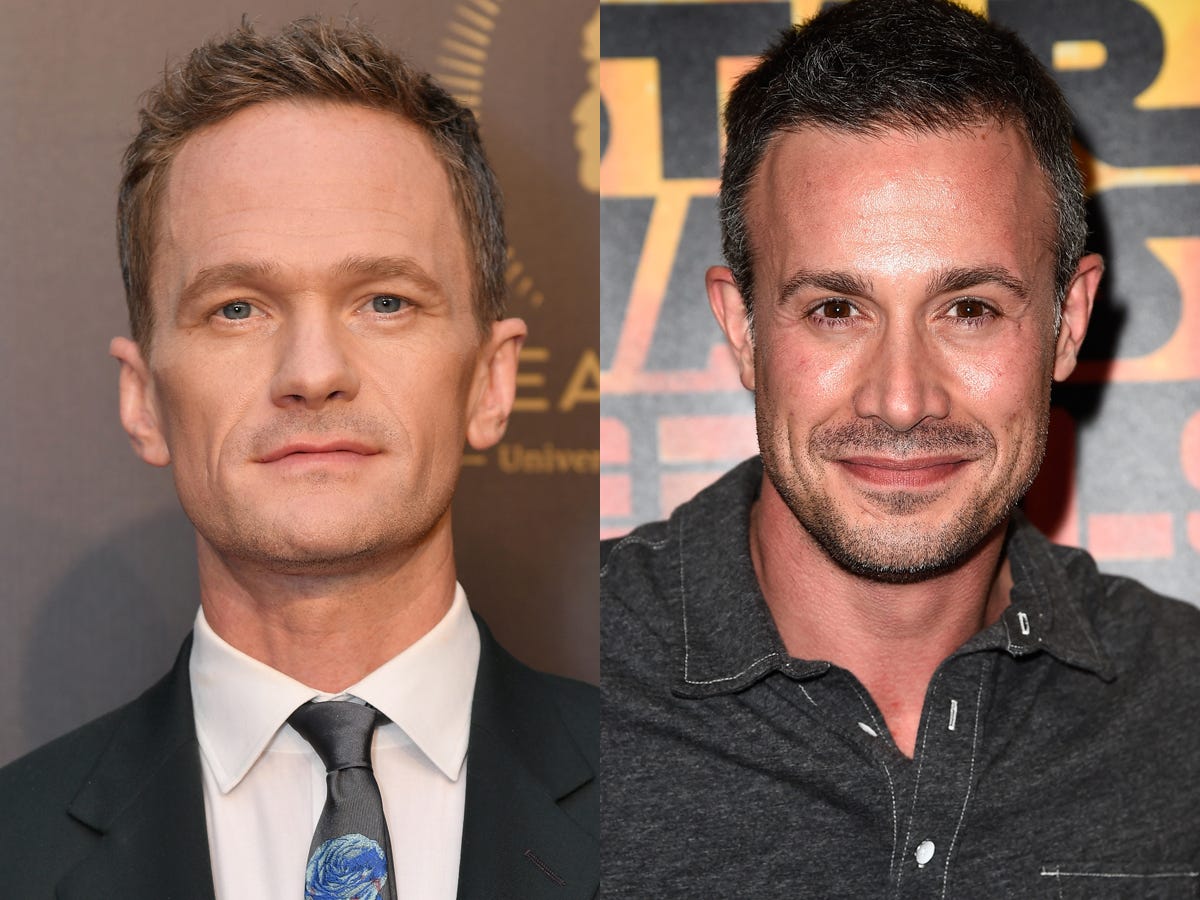 Harris went on to star on shows like “How I Met Your Mother” and “A Series of Unfortunate Events,” while Prinze Jr. starred in movies like “Scooby-Doo” and “She’s All That.” 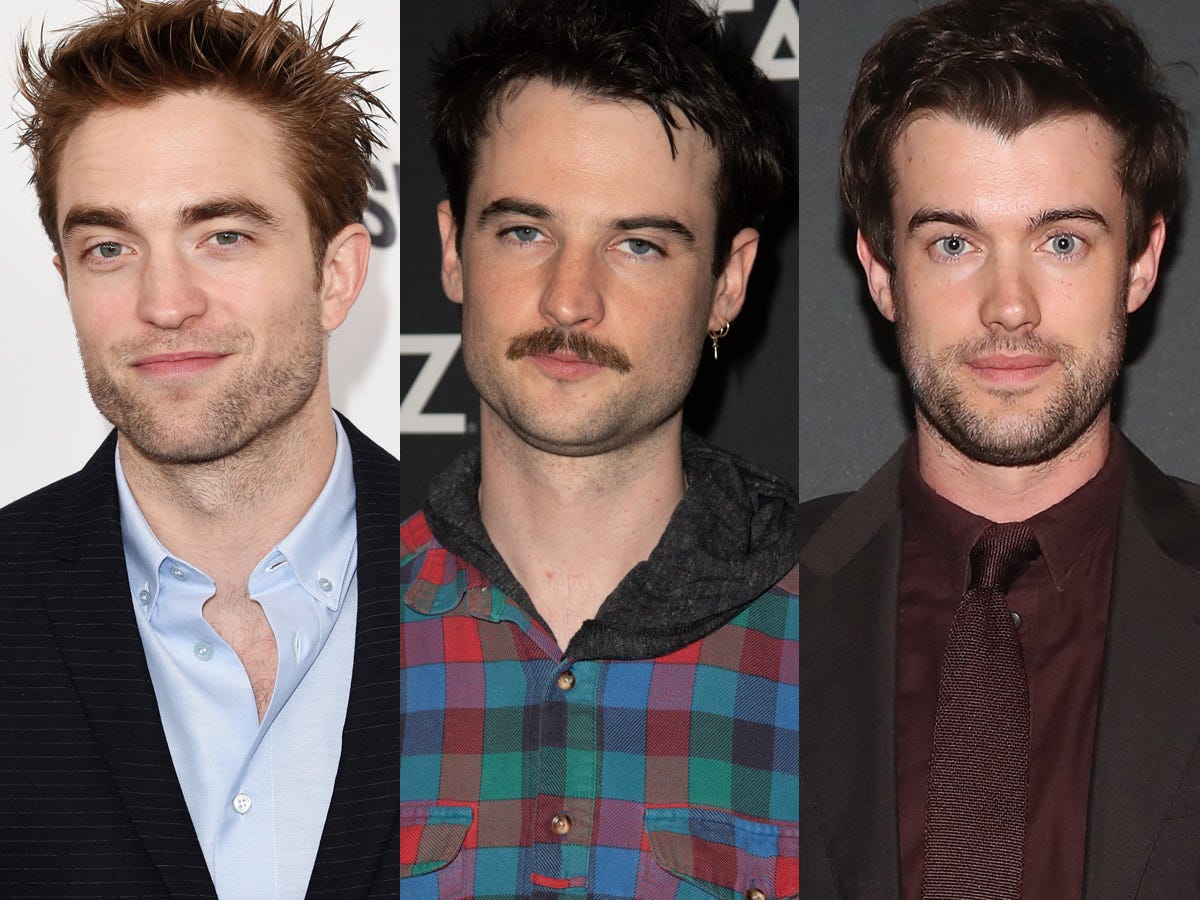 It’s no secret that Pattinson and Sturridge are best friends, and their friendship dates back to their time as students at England’s Harrodian School.

The two are so close that the “Twilight” star was named the godfather of Tom’s sister Matilda Sturridge’s daughter.

Comedian Jack Whitehall also attended school with Pattinson, but not Harrodian School. Before Pattinson met Sturridge at Harrodian, he was a student at Tower House School with Whitehall.

“We did plays together, and he always got the main part,” Whitehall said during an appearance on “The Ellen DeGeneres Show” in 2011.

He also discussed being in theatre productions with Pattinson during a stand-up show and joked about why he feels hostile toward Pattinson.

Natalie Portman wasn’t a big fan of Jared Kushner when they went to the same university. 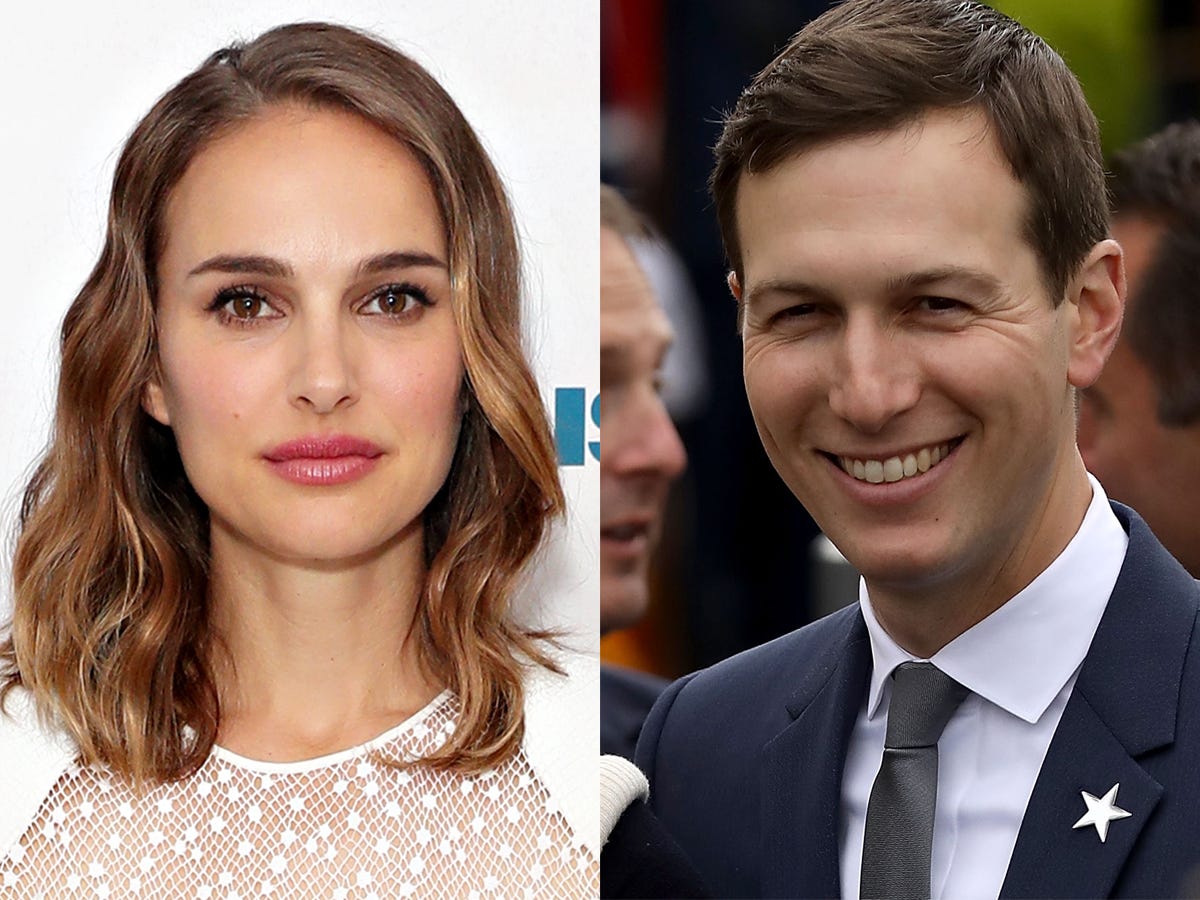 During an interview on “The Late Show With Stephen Colbert,” Portman revealed that she was friends with Kushner (President Donald Trump’s senior advisor) when they attended Harvard University – but she now refers to him as a “supervillain.”

“Unfortunately, there’s not a lot funny to say about someone you were friends with becoming a supervillain,” she told Colbert.

Cameron Diaz and Snoop Dogg went to school together in California. 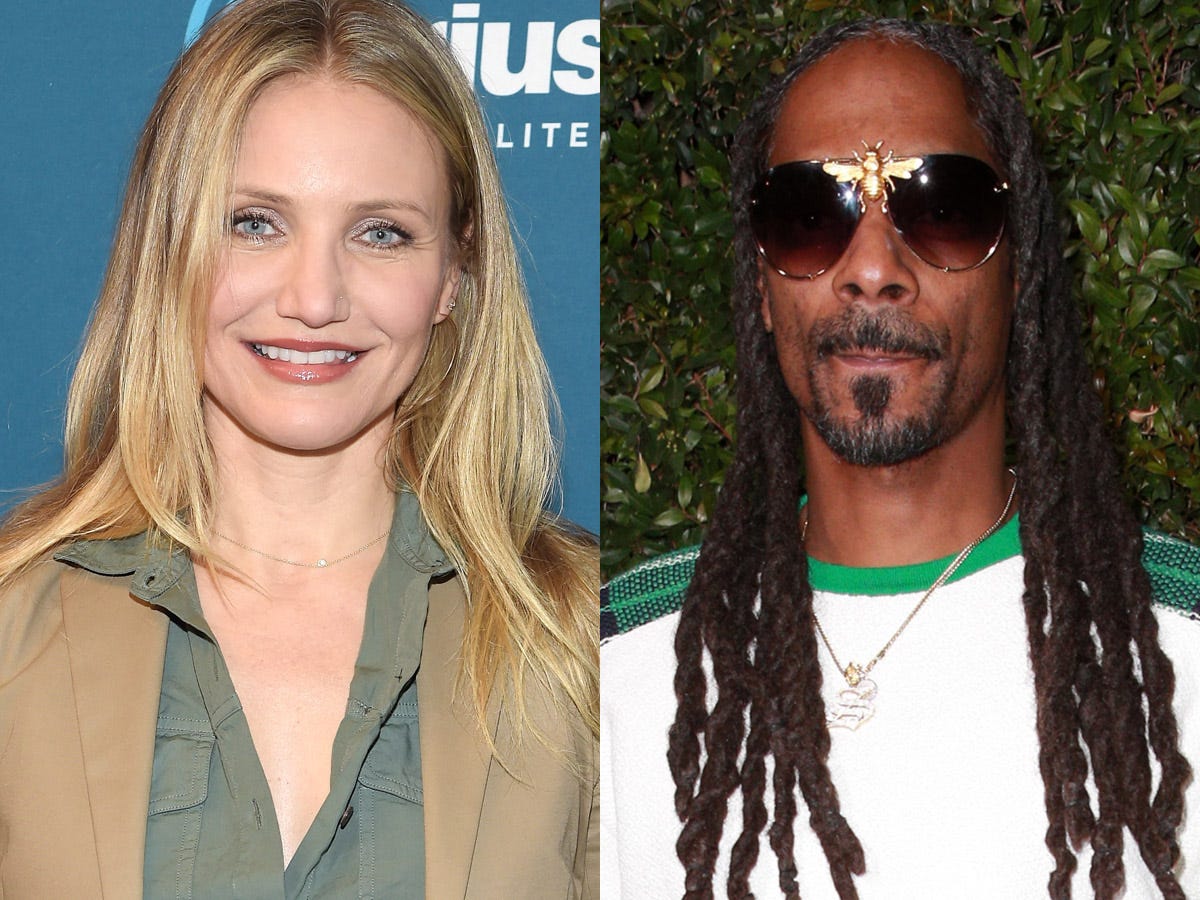 “He was a year older than me,” Diaz said on George Lopez’s “Lopez Tonight.” “I remember him, he was very tall and skinny. He wore lots of ponytails.”

Dogg also recalled Diaz being friends with his “cheerleading homegirls” during an interview with Yahoo Music.

“She was fly and she was hip,” the rapper added.

Kate Hudson and Liv Tyler are both offspring of famous parents, but another thing they have in common is their education. 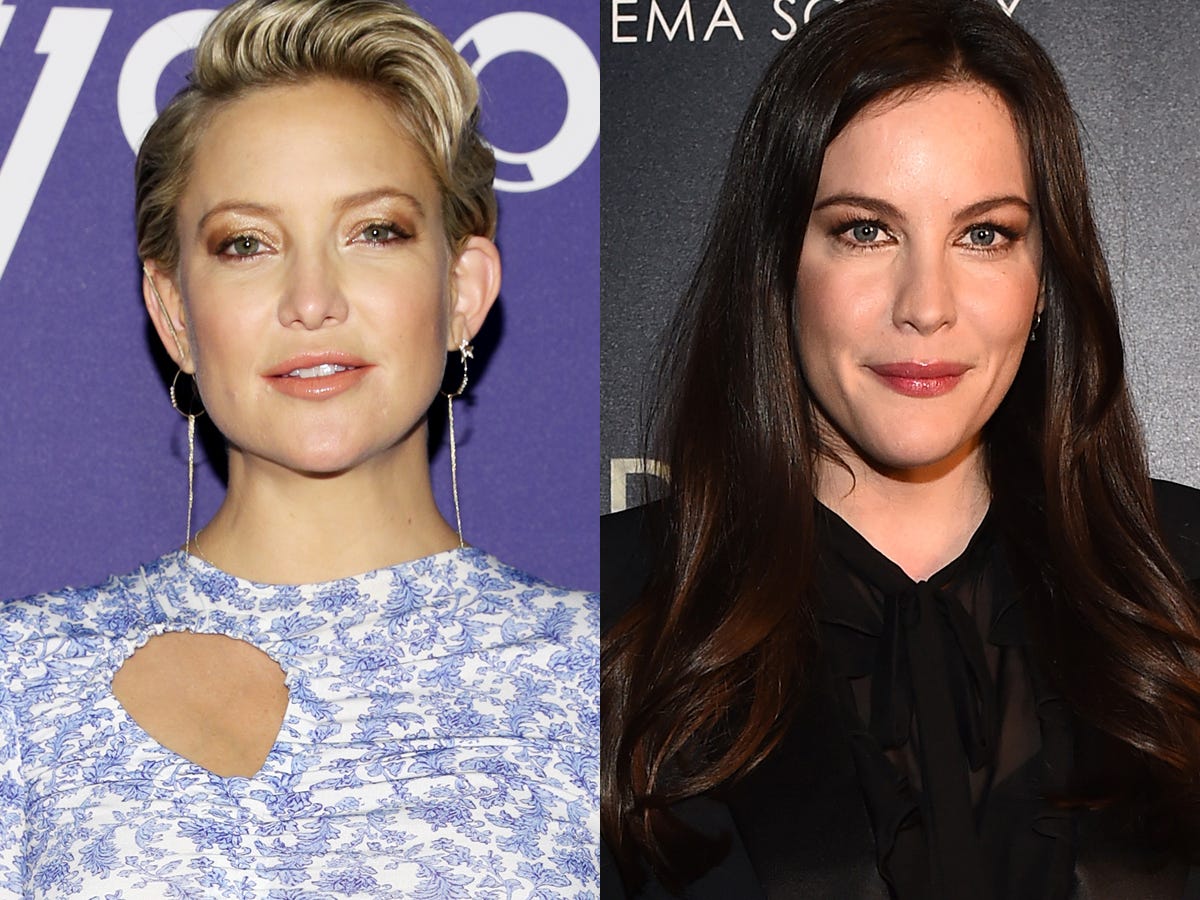 The two stars were classmates at California’s Crossroads School for Arts & Sciences.

They still remain close friends and even starred in the 2000 film “Dr. T & the Women.”

Before becoming costars on “The Office,” John Krasinski and B.J. Novak were students at Newton South High School, located in Massachusetts. 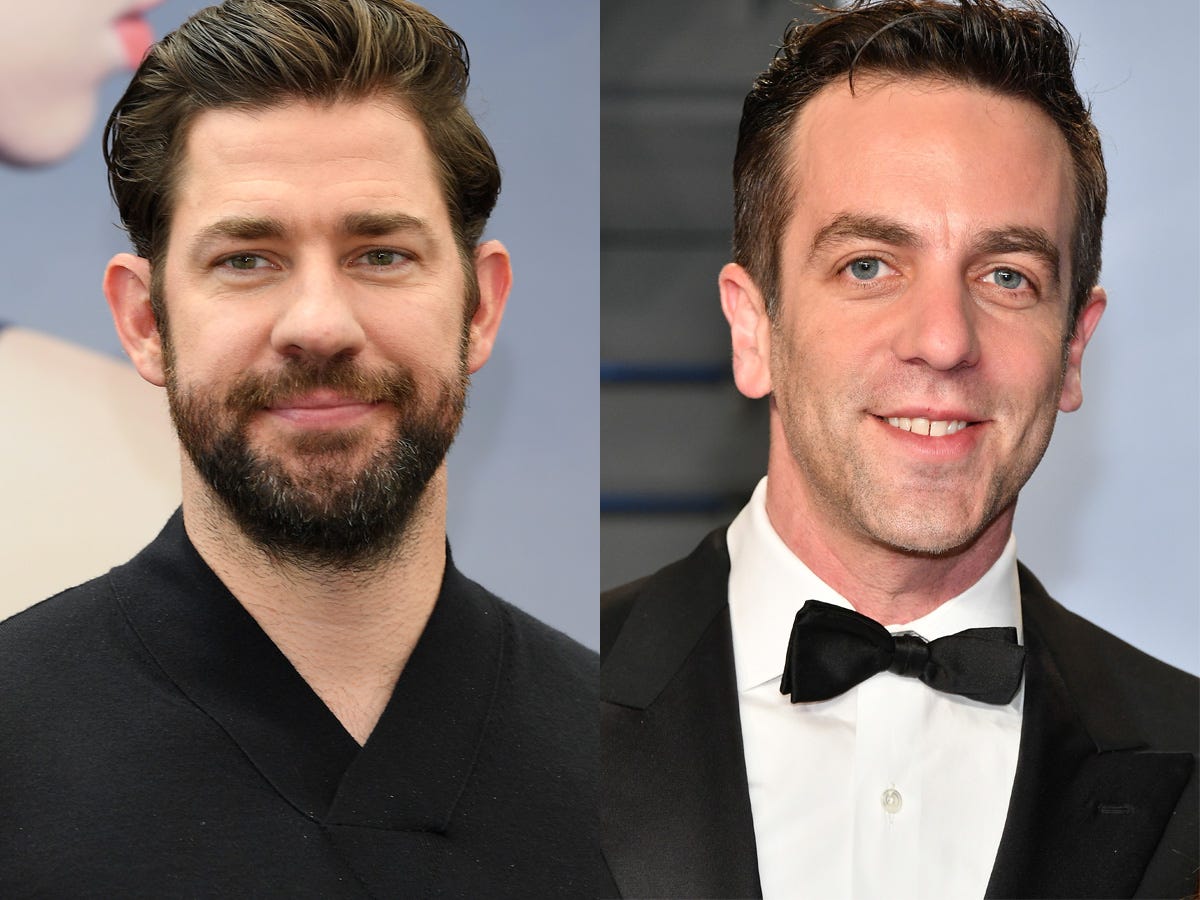 “John Krasinski and I have known each other our whole lives in the weirdest, most coincidental way,” Novak told Ellen DeGeneres in 2014.

Their friendship actually predates high school, since Novak and Krasinski were also on the same little league baseball team.

Lenny Kravitz, Nicolas Cage, and Slash were all students at Beverly Hills High School in the ’80s. 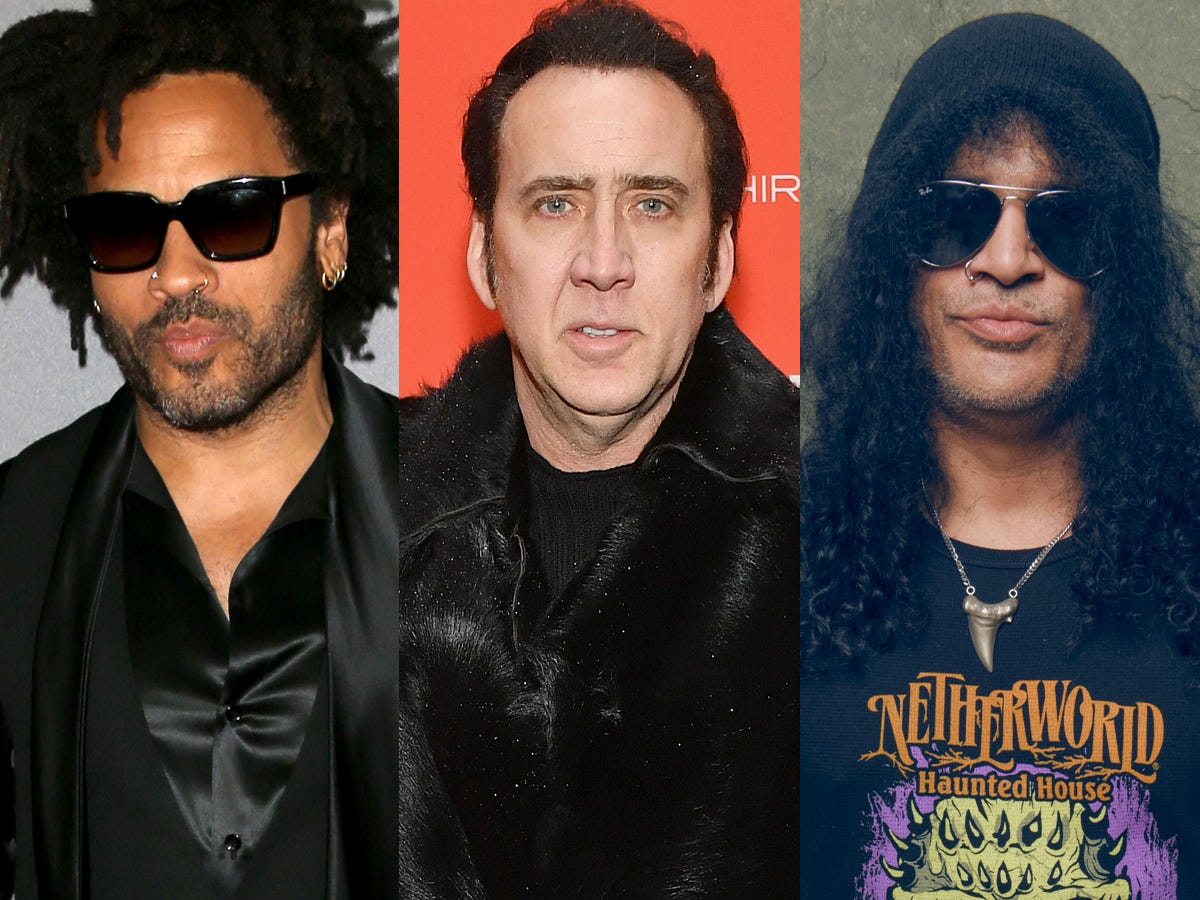 After graduating, Kravitz went on to pursue music and acting. Cage also stepped into acting and won an Oscar, while Slash received his own star on the Hollywood Walk of Fame. 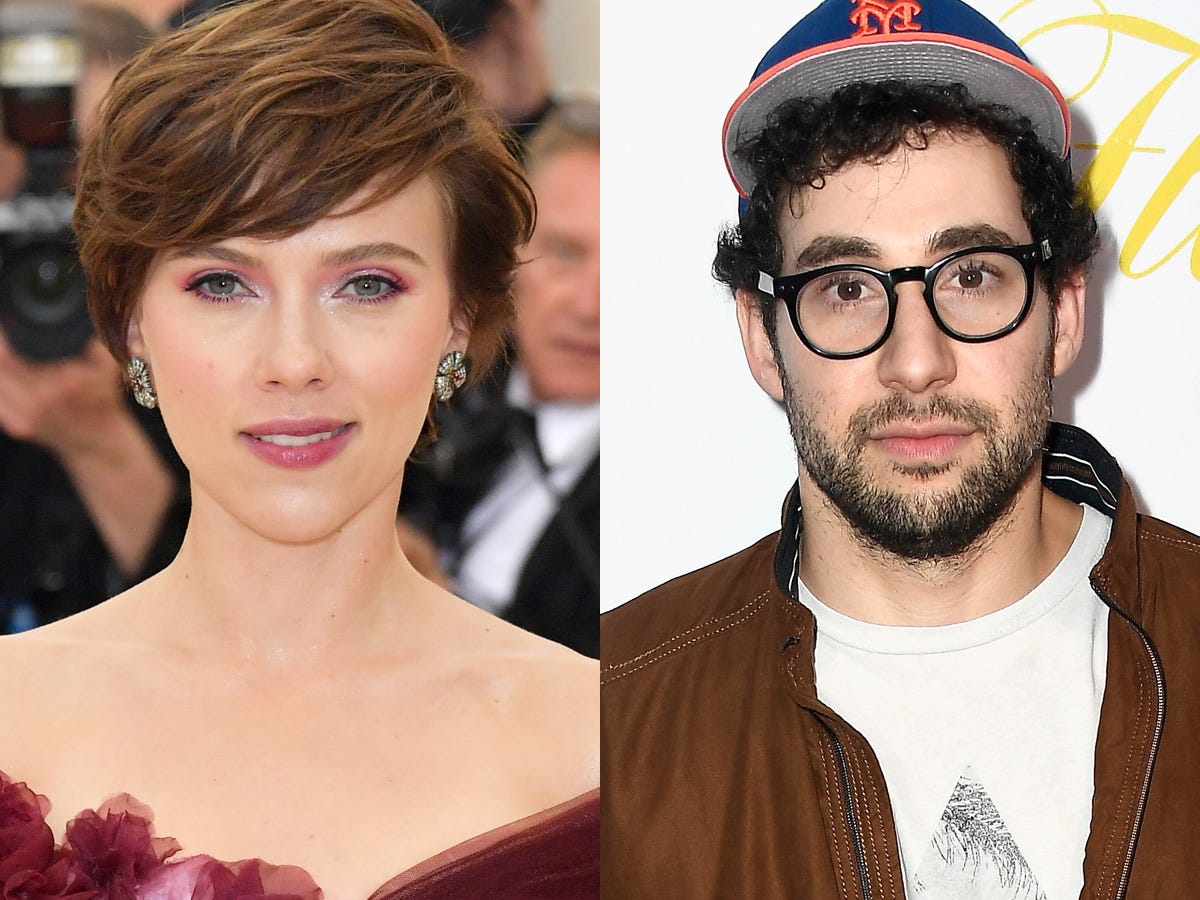 Neilson Barnard/Getty Images and Frazer Harrison/Getty ImagesScarlett Johansson is known for her role as Black Widow in the Marvel Cinematic Universe.

The two stars also briefly dated, much to the surprise of Antonoff’s ex Lena Dunham.

During an interview, Dunham revealed that she was scrolling through a Tumblr account dedicated to old celebrity couples, when she stumbled upon a photo of Johansson and Antonoff.

“She’s beautiful, he’s beautiful, but it was just so surreal to be looking through this blog that gives me so much pleasure and then there’s my boyfriend,” Dunham said. “And I was like, ‘My mind is going to explode.'”

Kerry Washington and Gwyneth Paltrow are award-winning actors and they knew each other before becoming A-listers. 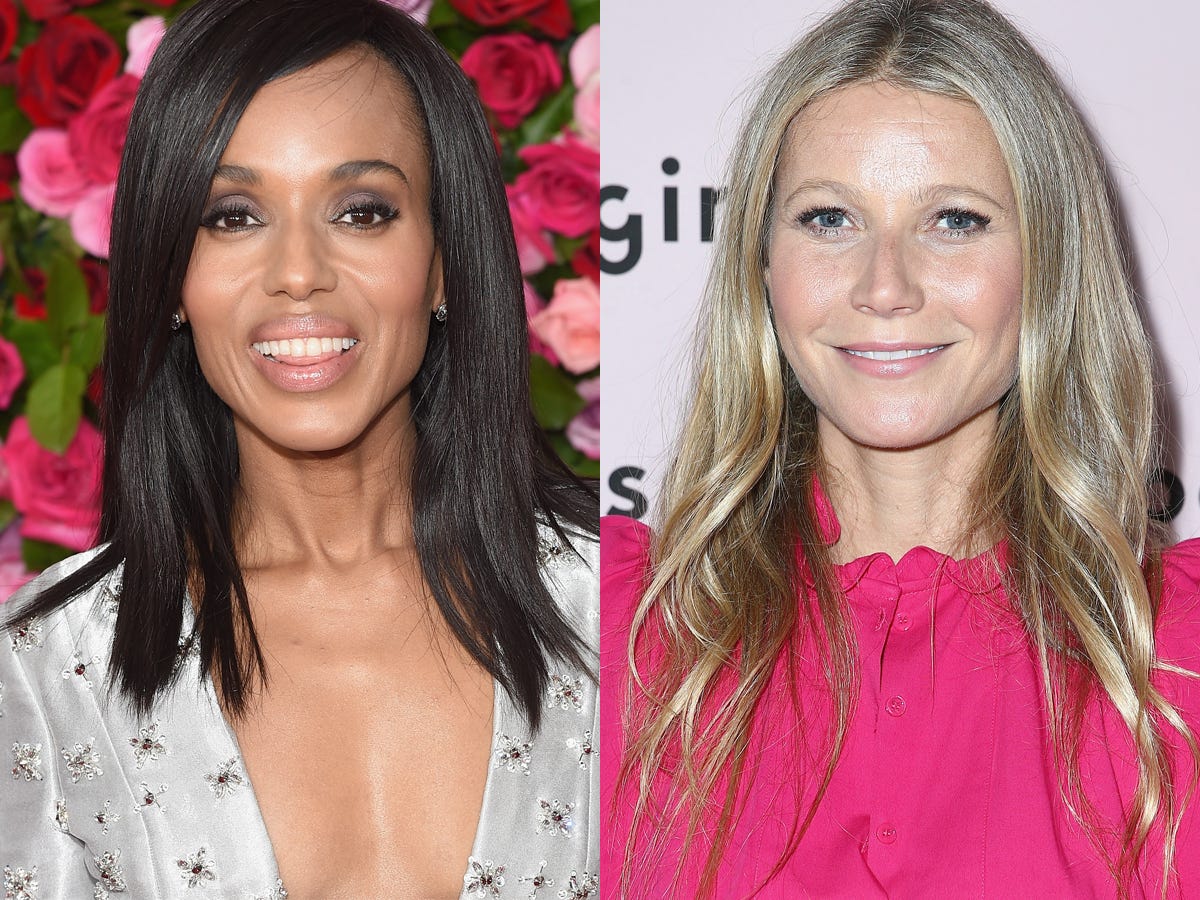 During an interview with Jimmy Kimmel in 2014, Washington revealed that Paltrow was the leader of Spence School’s a capella school group called Triple Trio. 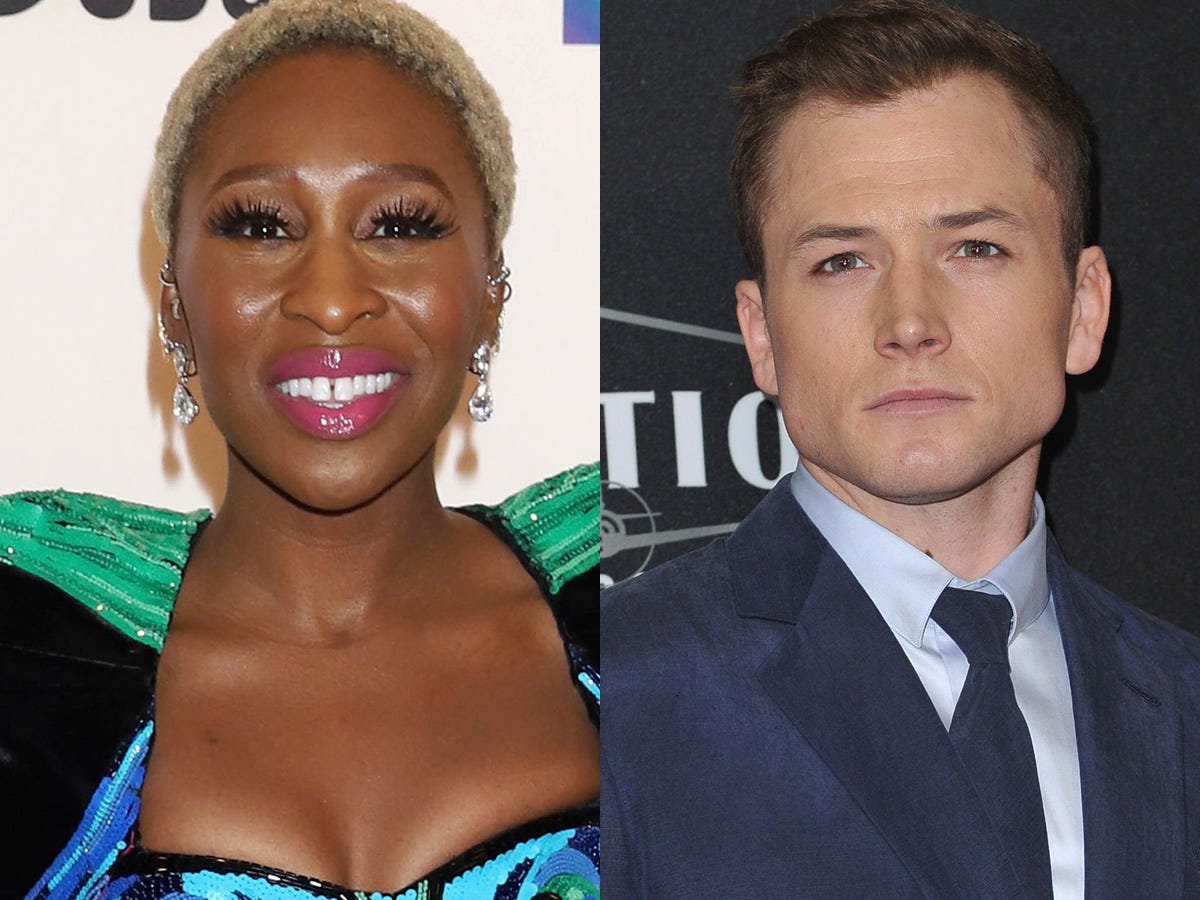 Greg Allen/Invision/AP and Richard Shotwell/Invision/APCynthia Erivo and Taron Egerton are both actors.

“I first remember seeing him in the library,” Erivo recalled during a January 2020 interview with “E! News.” “He was running around, and he was just, like, frantic. And I remember thinking, ‘He looks so sweet.'”

The “Harriet” star added: “When he spoke to me, I felt like he had the heart of gold. So, I was like, ‘I want to take care of this person,’ and that’s probably why I did. And I always had snacks on me, and I would, like, never want to be tired. So, I would share those out.”

Samberg and Peretti, who are the same age, were childhood friends who lived two blocks away from each other and went to school together.

“We weren’t good friends, but we also weren’t not friends, if that makes sense,” Samberg told Esquire.

Peretti also told Conan O’Brien that she had a “huge crush” on Samberg when she was a child.