12 celebrities who have talked about smoking weed Kevin Winter/GettySome celebrities have been outspoken about smoking weed.

Many stars have a lot to say about weed â€” whether they’re speaking about legalizing and decriminalizing marijuana or simply sharing how smoking it impacts their life.

Here are some celebrities who have spoken about smoking weed: 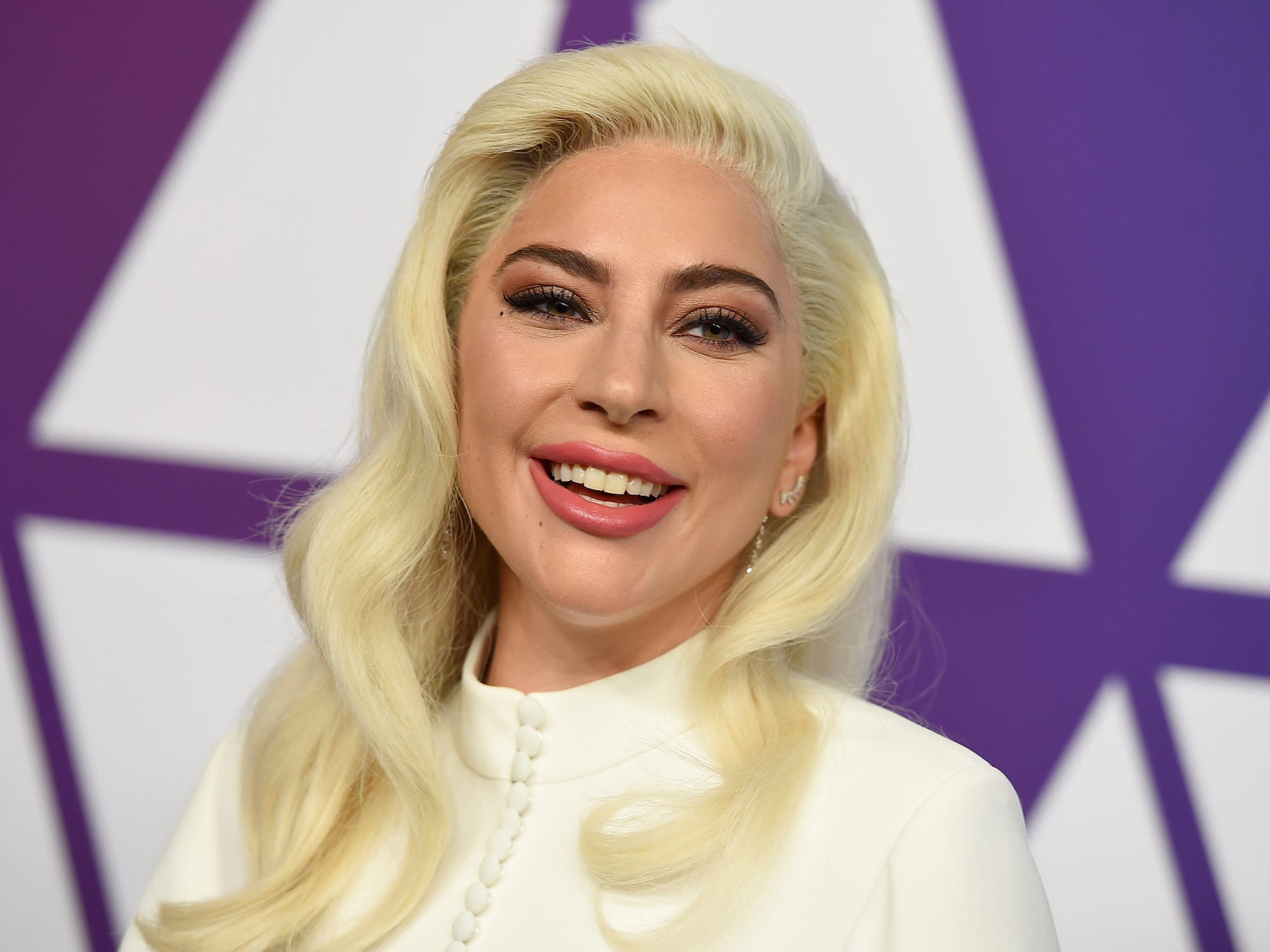 Jordan Strauss/Invision/APLady Gaga has said she uses weed to relieve her chronic pain.

In her 2017 Netflix documentary, “Gaga: Five Foot Two,” Lady Gaga said marijuana helps her manage the chronic pain she experiences from fibromyalgia – a muscular disorder that can lead to pain, fatigue, and mood issues.

She said that it helps her cope with the stress that can come with a life in the spotlight, too.

According to Lifeline Live, on a 2011 episode of “60 Minutes,” she said that she also smokes weed when she writes music to help stimulate her creative process.

But according to People, Gaga mentioned in a 2013 radio interview that the pressure to constantly create great music led her to rely on weed a little too much. She said that, at one point in her life, she was addicted to marijuana.

“I was living on a totally other psychedelic plane, numbing myself completely, and looking back I do see now that some of it had to do with my hip pain. I didn’t know where the pain was coming from so I was just in a lot of pain and very depressed all the time and not really sure why,” she said.

Snoop Dogg said that Willie Nelson once out-smoked him. 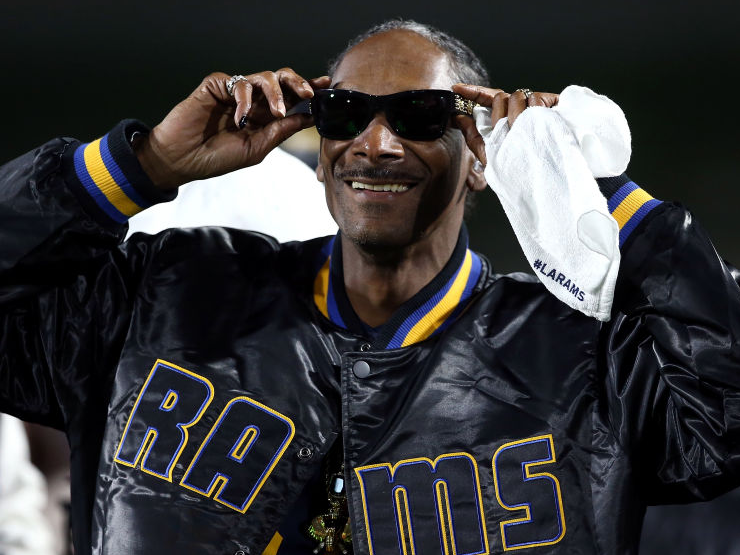 Sean M. Haffey / GettySnoop Dogg has been outspoken about weed for a long time.

It’s no secret that Snoop Dogg likes weed. In fact, getting high is a consistent theme in many of the rapper’s lyrics.

Although many people have tried to go toe-to-toe with Snoop, he told Vibe in 2017 that only country star Willie Nelson has been able to out-smoke him.

He also said that he’s supportive of his adult children smoking weed.

“None of my kids drink, but smoke … responsibly,” he said. “I try to be an example, try not to be hypocritical. How can I tell them not to when I do? It’s just the way that I do, I do it very respectfully.”

Willie Nelson has maintained his pot-loving image for years. 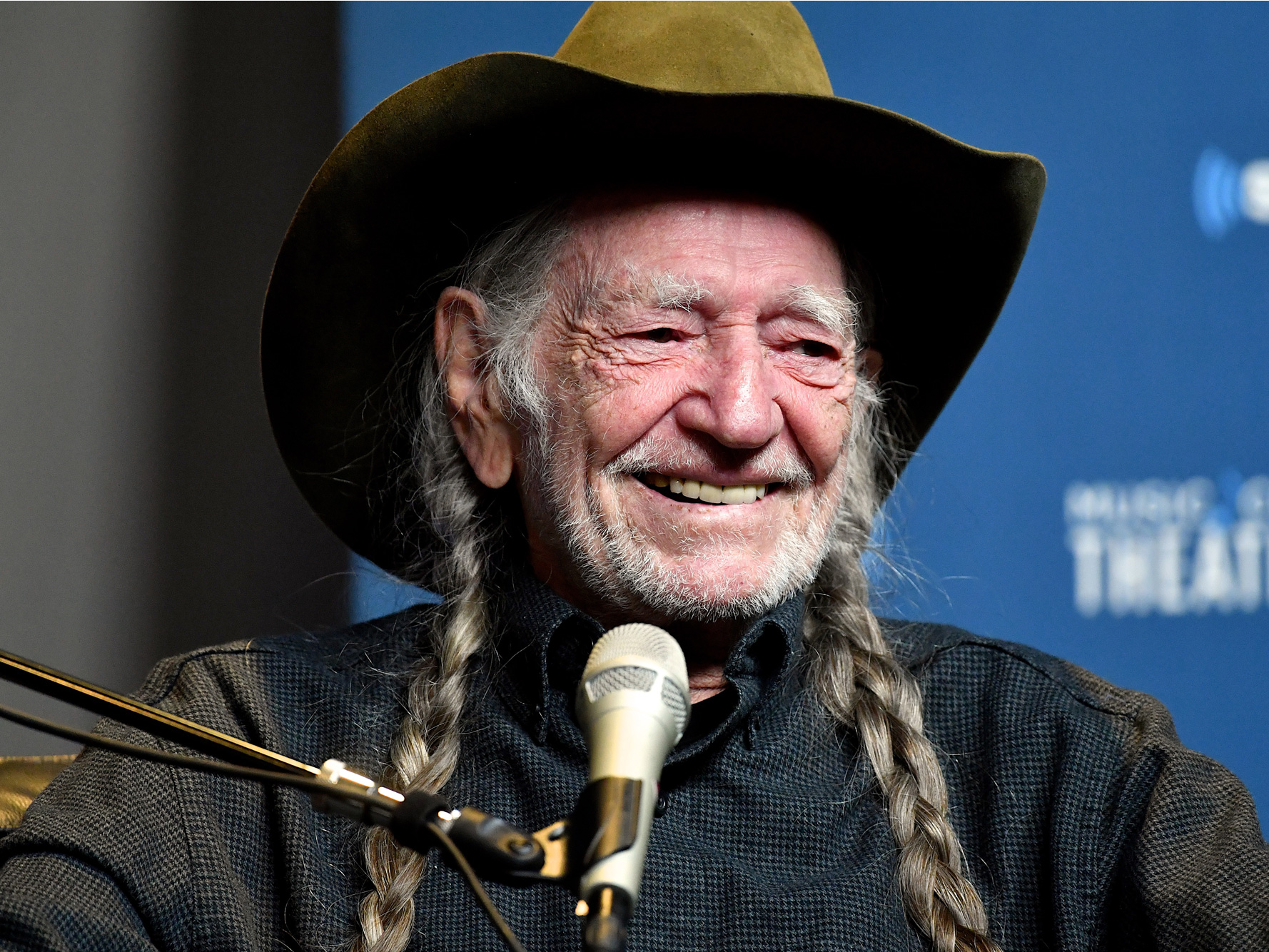 Country superstar Willie Nelson is probably one of the most famous weed-smoking celebrities.

In a 2019 interview with Rolling Stone, Nelson said that smoking weed saved his life.

Willie capitalised on his image as a “legendary stoner” with Willie’s Remedy, his personal line of cannabis products including coffees and teas that are infused with hemp oil.

Sarah Silverman said Seth Rogen told her that she was the first celebrity he ever smoked pot with. 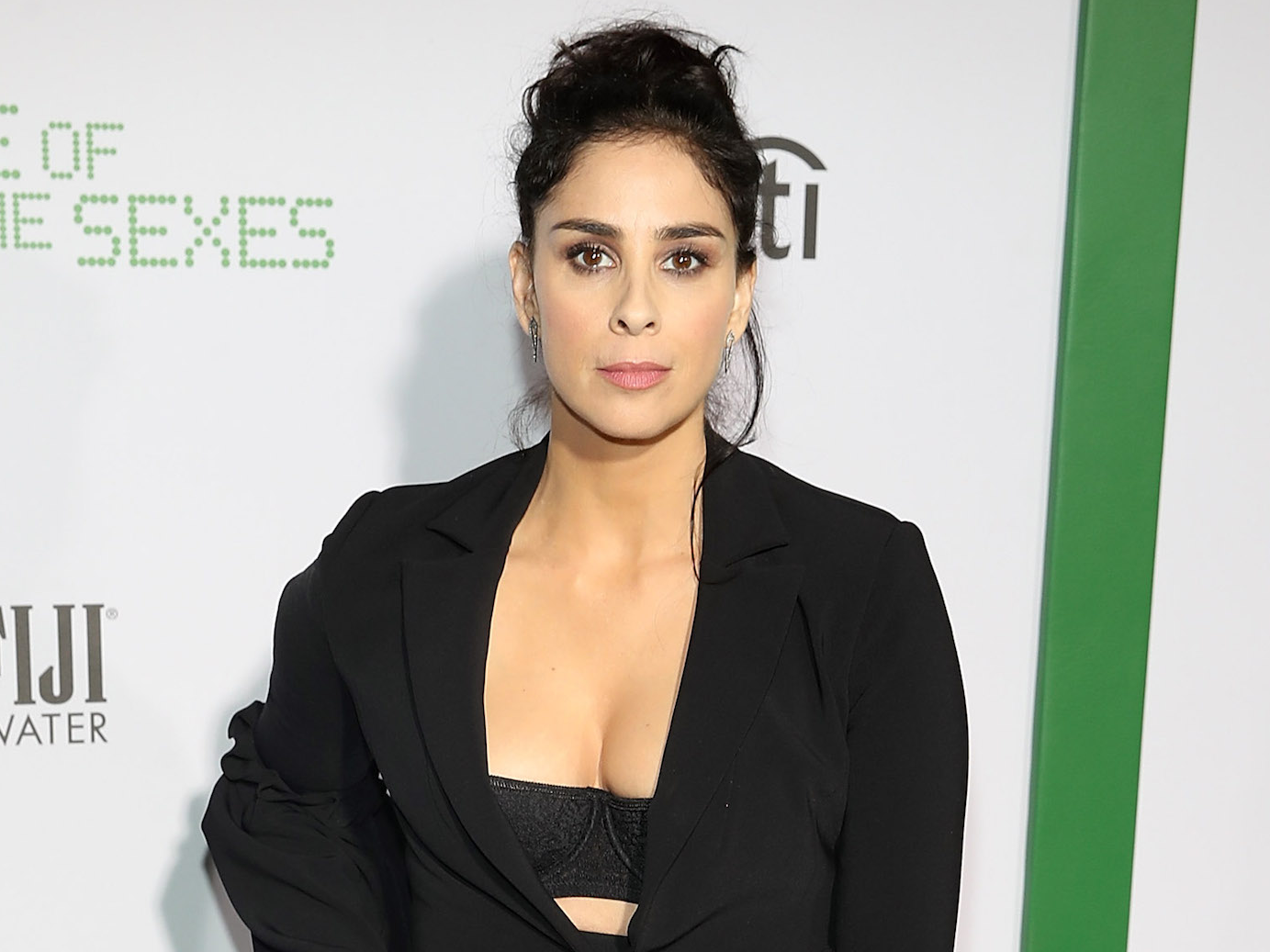 Jonathan Leibson/Getty Images for FIJI WaterSarah Silverman has been open with the media about her weed usage.

Comedian Sarah Silverman has made her love of marijuana known to her fans. She even gave TV host Giuliana Rancic a peek at her weed vape pen during a 2014 red-carpet interview for the Emmys.

In a 2015 interview with BuzzFeed, Silverman said she was the first celebrity Seth Rogen ever smoked weed with.

“Seth Rogen told me that I was the first famous person he ever smoked pot with. Which I have no recollection of, needless to say. But I was very honoured,” she said.

On a 2015 episode of “Conan,” she also talked about getting high with her parents.

Rogen has brought his own experience into his stoner roles. 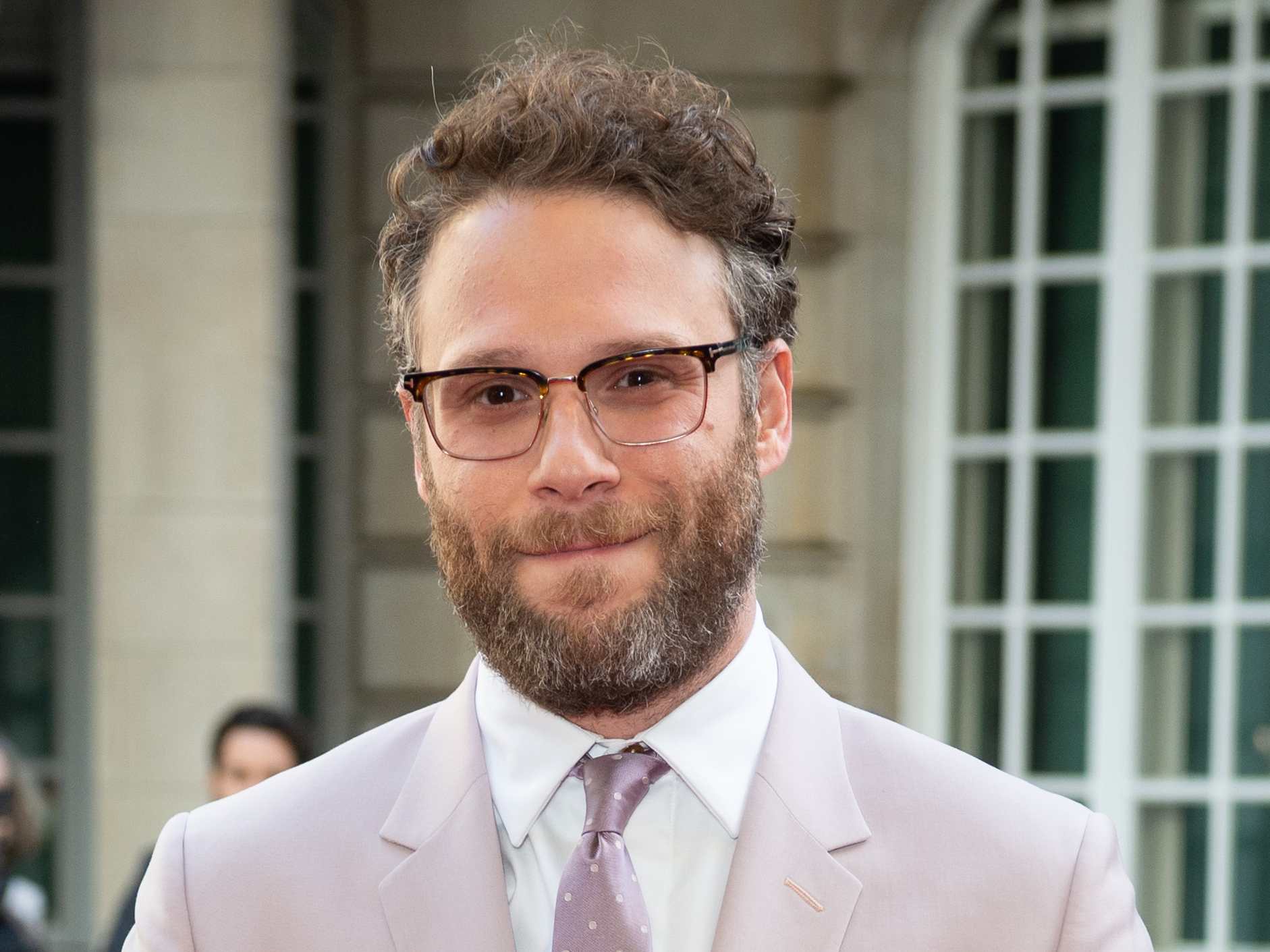 Rogen has played a stoner in films like “Knocked Up” (2007) and “Pineapple Express” (2008), but he’s also been outspoken about his marijuana usage in real life.

Rogen said he often smokes while writing, and he told MTV News in 2011 that weed helps make the daily grind a lot more manageable.

In a 2019 interview with Stephen Colbert, Rogen even admitted to being high “all day every day,” including while he’s filming. 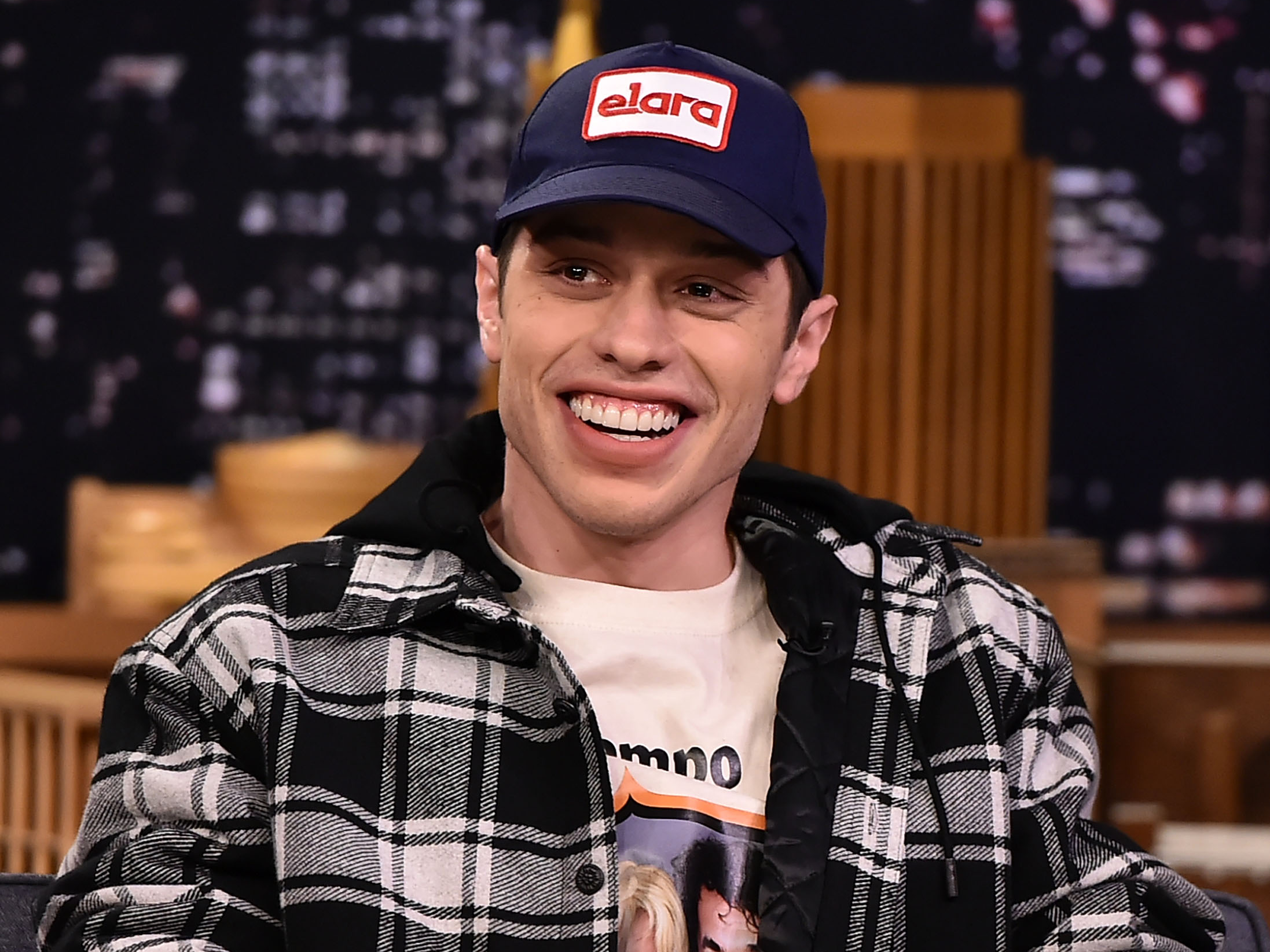 Theo Wargo/Getty Images for NBCPete Davidson has said he uses weed to help with his mental and physical health.

According to People, in 2018 Pete Davidson told Howard Stern that his marijuana use has helped him manage the symptoms of his borderline personality disorder and Crohn’s disease.

“There was a point where I couldn’t get out of bed. I was 110 pounds,” Davidson said talking about the effects of Crohn’s disease. “I also just love smoking weed.”

He continued saying, “I’ve been smoking weed every day for eight years.” 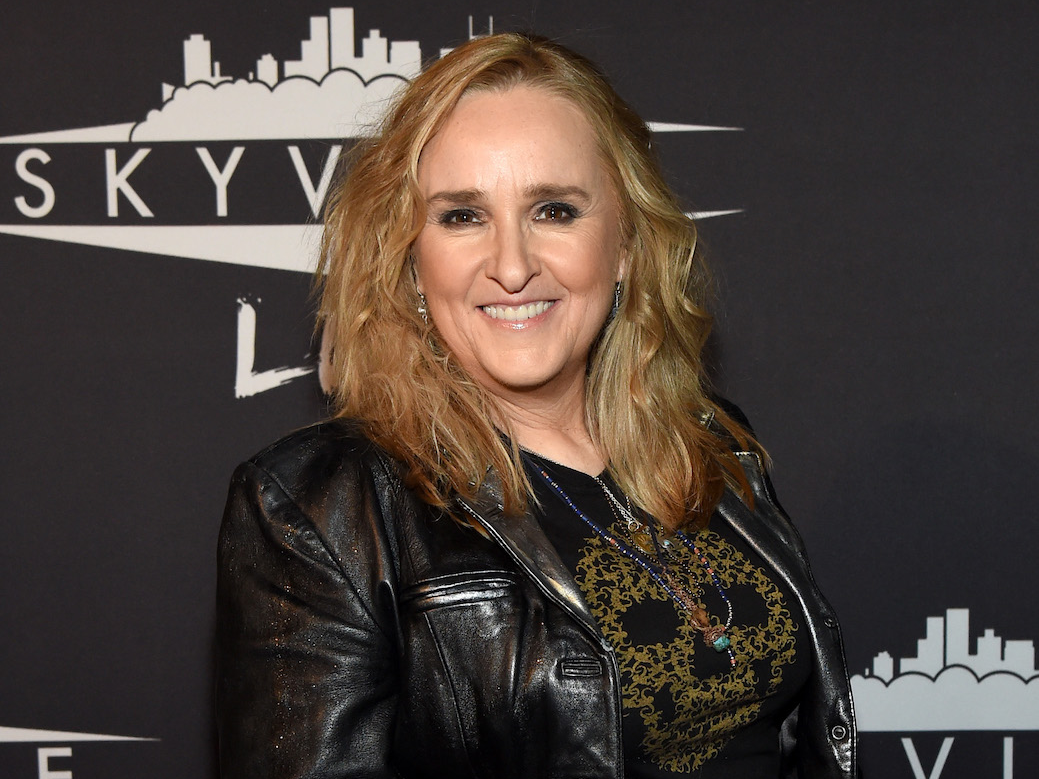 Singer-songwriter Melissa Etheridge said she started using marijuana medicinally after she was diagnosed with breast cancer in 2004.

“My stress level and all the things I felt contributed to my cancer 12 years ago, I absolutely treat them everyday by smoking cannabis and keeping a balance in my life,” she said.

In the summer of 2019, she acquired the non-retail licence necessary to open a cannabis manufacturing and processing facility called Etheridge Farms Cannabis.

She’s hoping to target first-time users and middle-aged women with her products.

“I’ve got a keen direction toward middle-aged women who are discovering, ‘Hey, I don’t want to take an Ambien every night. I don’t want to have to drink wine every night to relax, because I know those things aren’t good for my body,'” she said, according to Daily Democrat.

Woody Harrelson is an outspoken advocate for marijuana legalization. 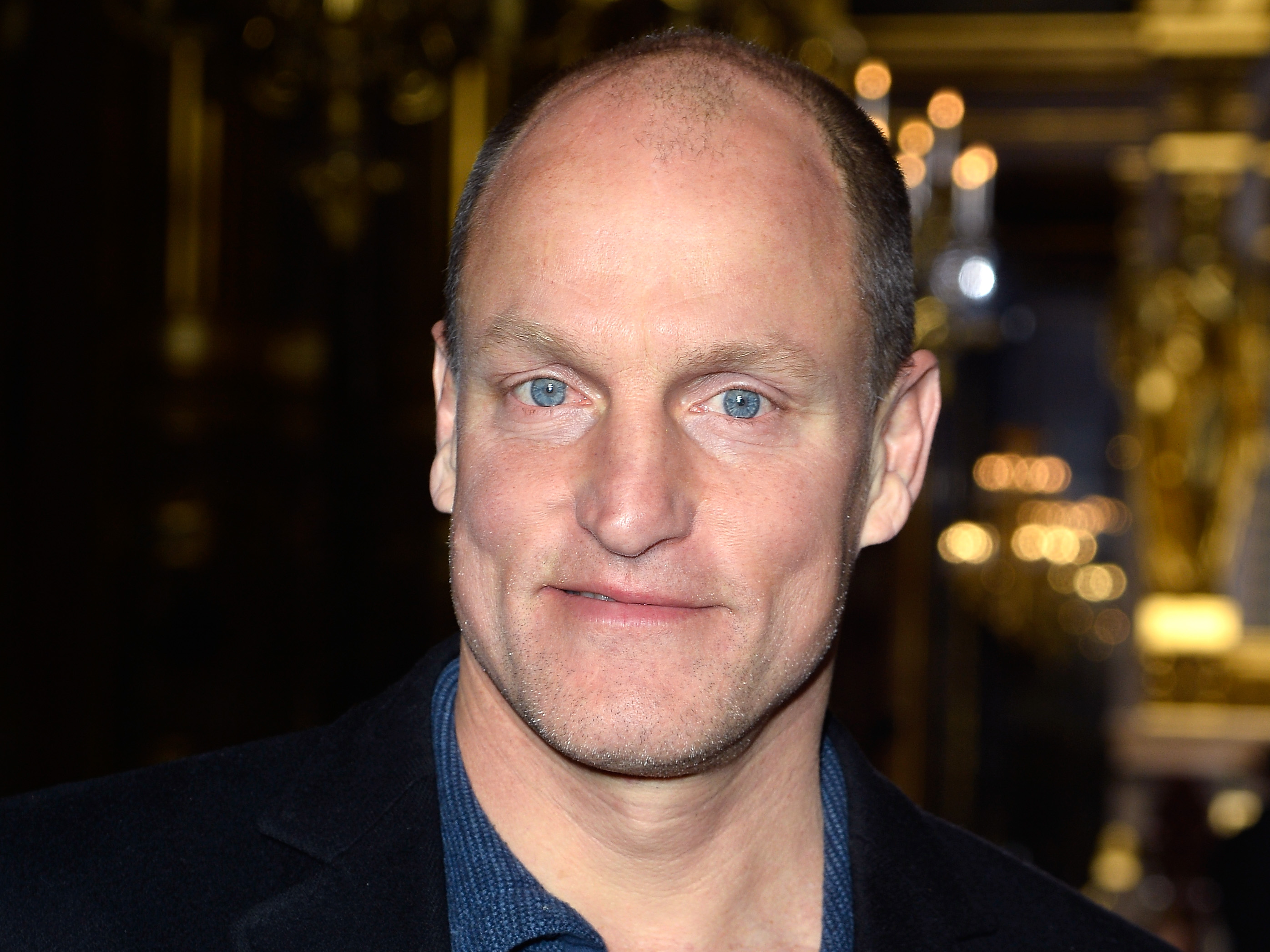 Actor Woody Harrelson advocates for legalizing marijuana consumption through his position as a member of the advisory board of the National Organisation for Reform of Marijuana Laws.

The organisation works to legalise responsible, adult marijuana use and ensure the safety and quality of the product for users.

Although Harrelson told Vulture in 2017 that he quit smoking weed, in a 2019 interview with Esquire, he admitted to starting up again.

“Yep, I did quit,” he said “For almost two years. No smoking, no vaping. And then I ran into [Willie Nelson] and that was that.”

Bella Thorne said she was against smoking weed until an emotional role took a toll on her mental health. Actress Bella Thorne said that she used to be against smoking weed.

But soon after that, she struggled to get out of the headspace of a particularly emotional role and “begged” her brother to give her weed to help her sleep.

Now, Thorne says there is an entire area of her kitchen “dedicated to marijuana,” but she resents the fact that people think she does “serious” drugs.

“I get so mad,” she continued in the interview with the LA Times. “I think they think I take serious drugs, and I’m just smoking weed.”

Wiz Khalifa has helped create his own strain of weed. 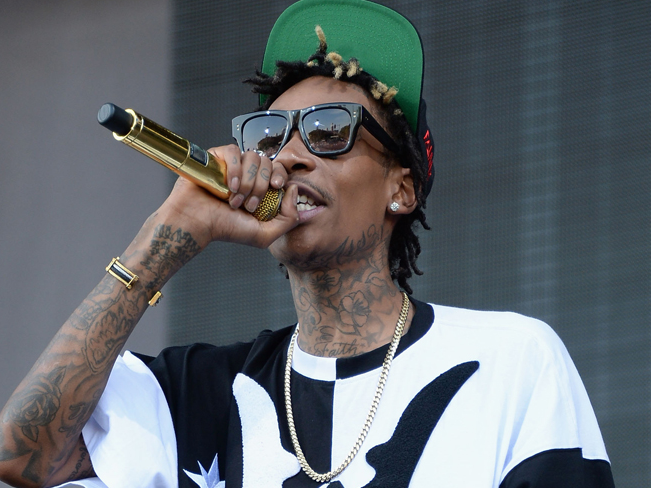 Theo Wargo/GettyWiz Khalifa has been very vocal about smoking weed.

Musician Wiz Khalifa has been quite vocal about smoking weed, and he even named his 2011 album “Rolling Papers.”

The rapper told Vice in 2017 that marijuana helps him relax and allows him to think in a more creative way.

“Smoking just helps to free my mind, slow my thoughts down, and think about everything not only in a more poetic way but in a more creative way in general,” he said.

Khalifa has also joined the business side of things – he partnered with River Rock Cannabis to create his own strain of marijuana called Khalifa Kush.

Kate Hudson has spoken about smoking weed with her parents. 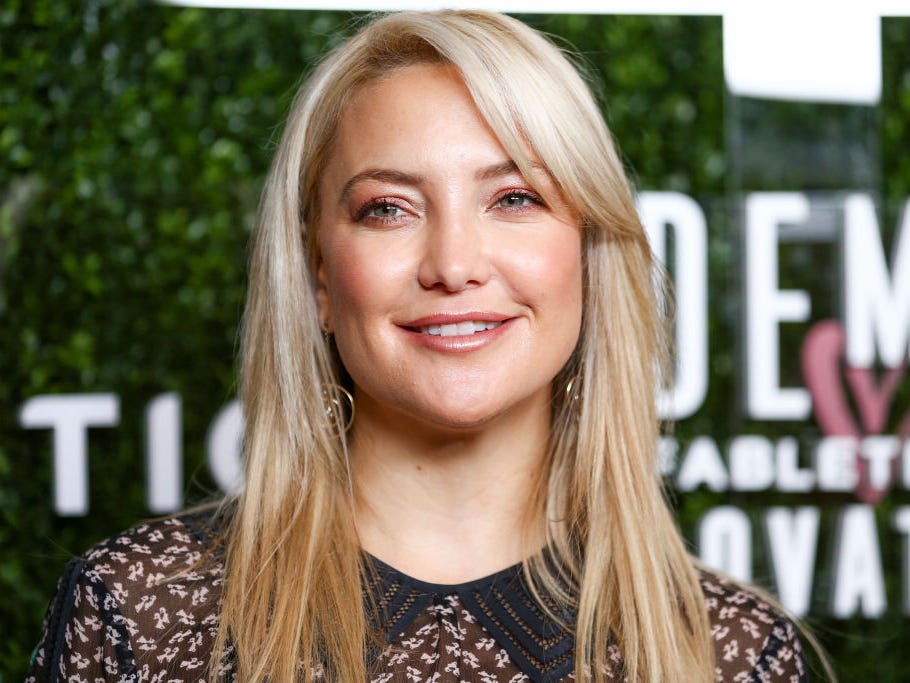 Kate Hudson played a game of “Truth or Shot” with her brother Oliver Hudson on “The Ellen Degeneres Show” in February.

During the game, Hudson admitted to smoking weed with her famous parents, Goldie Hawn and Kurt Russell.

Hudson also spoke on the subject back in a 2015 episode of “Watch What Happens Live.”

In the interview, she said she “probably at some point” smoked weed with costar Matthew McConaughey on the set of “How to Lose a Guy in 10 Days.”

Kendall Jenner is a self-proclaimed “stoner.” 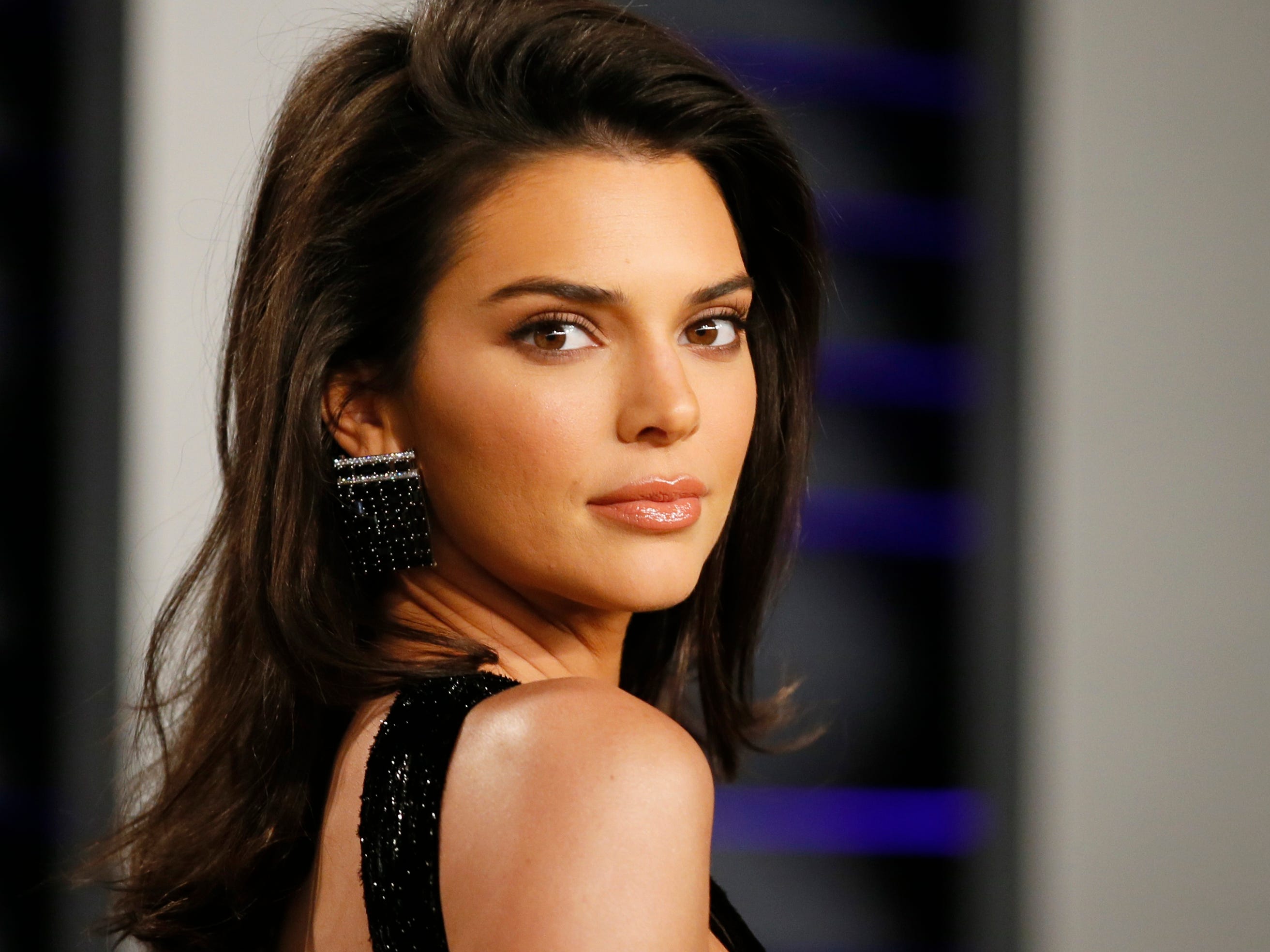 DANNY MOLOSHOK/ReutersKendall Jenner talked about smoking weed on a podcast.

During a recently aired episode of Kate and Oliver Hudson’s podcast, “Sibling Revelry,” Kendall Jenner shared that she smokes pot.

When the hosts asked her and her sister, Kourtney Kardashian, who the stoner of the Kardashian/Jenner family is, the sisters quickly agreed that it was Jenner.

“I am a stoner,” Jenner went on to say. “No one knows that, so that’s the first time I’ve ever really said anything out there.”