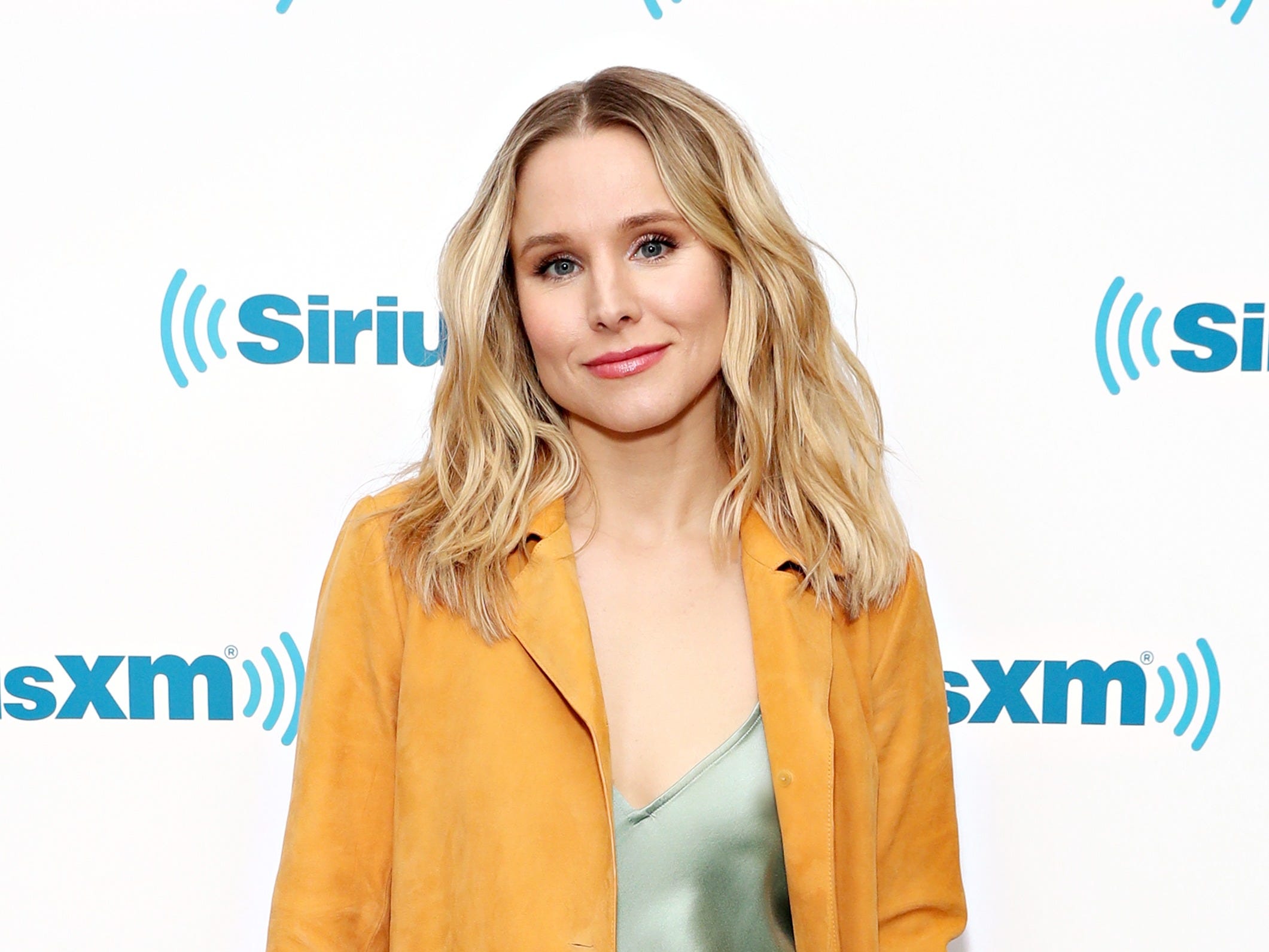 There are plenty of celebrities, comedians, politicians, musicians, and athletes who have had the privilege to declare: “Live from New York, it’s Saturday night!”

But we can’t help but notice some of the most iconic celebrities of all time have never even stepped foot inside Studio 8H. Meryl Streep may have been nominated for 21 Oscars, but she’s never hosted “SNL.”

Keep scrolling to see the other celebrities you’d be surprised to learn have never hosted the sketch show. 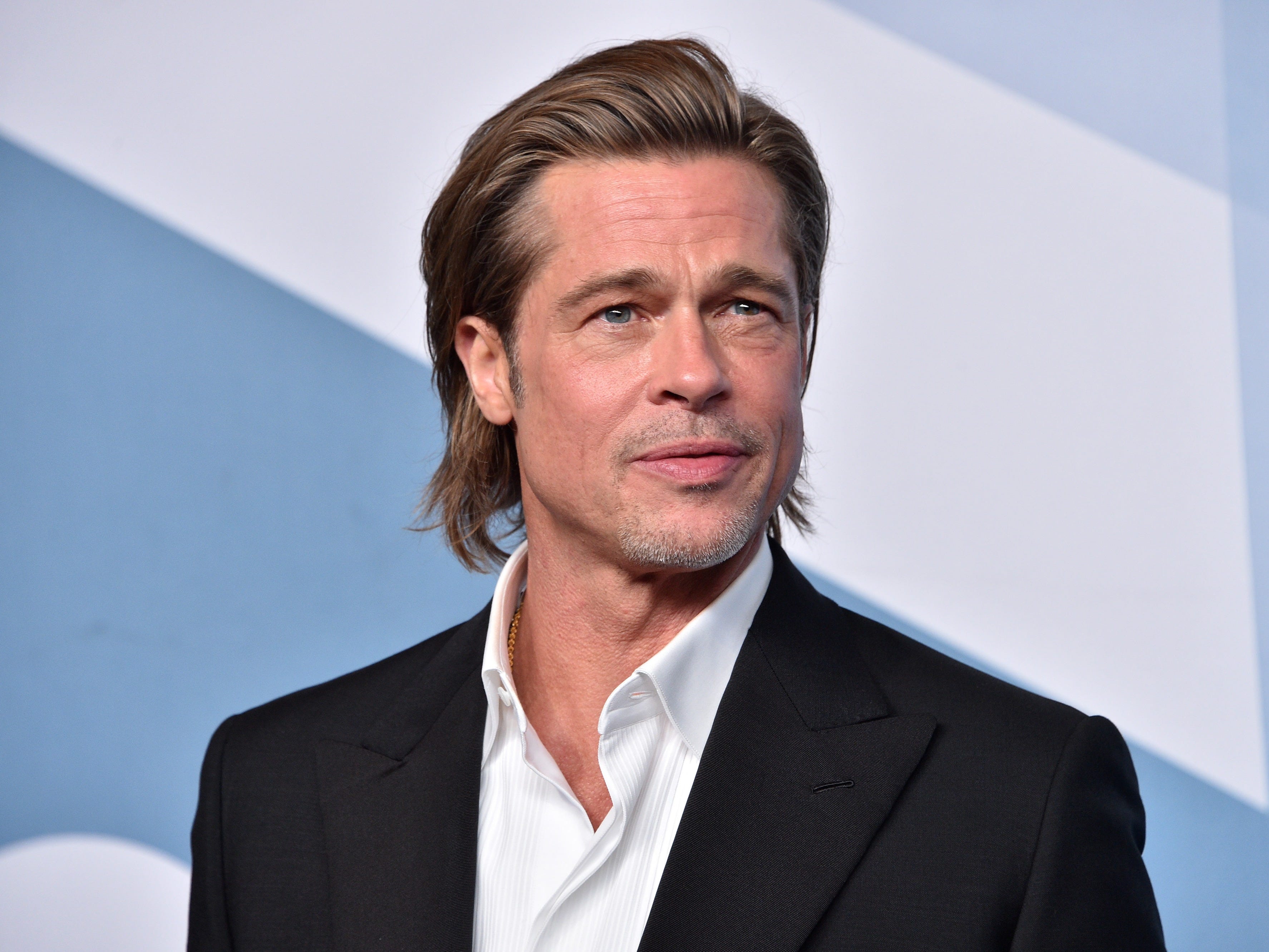 Pitt’s appearance on the virtual episode of the show came after Dr. Fauci jokingly responded that, if someone was going to impersonate him on “SNL,” he’d want it to be Pitt.

Somewhat shockingly, that was the first time Pitt has been on the show in decades. The last time he was on, he made a cameo during a 1998 episode as David Spade’s therapist. He even got to say, “Live from New York, it’s Saturday night.”

Susan Sarandon starred in a beloved “SNL” digital short but never took on the hosting gig. Sarandon has said that her son convinced her to appear in “Motherlover,” a digital short that reunited Andy Samberg and Justin Timberlake, stars of “D— In A Box.”

Mark Wahlberg proved his comedic chops with “Ted” and “Daddy’s Home,” but he’s only made a brief cameo on “SNL.” 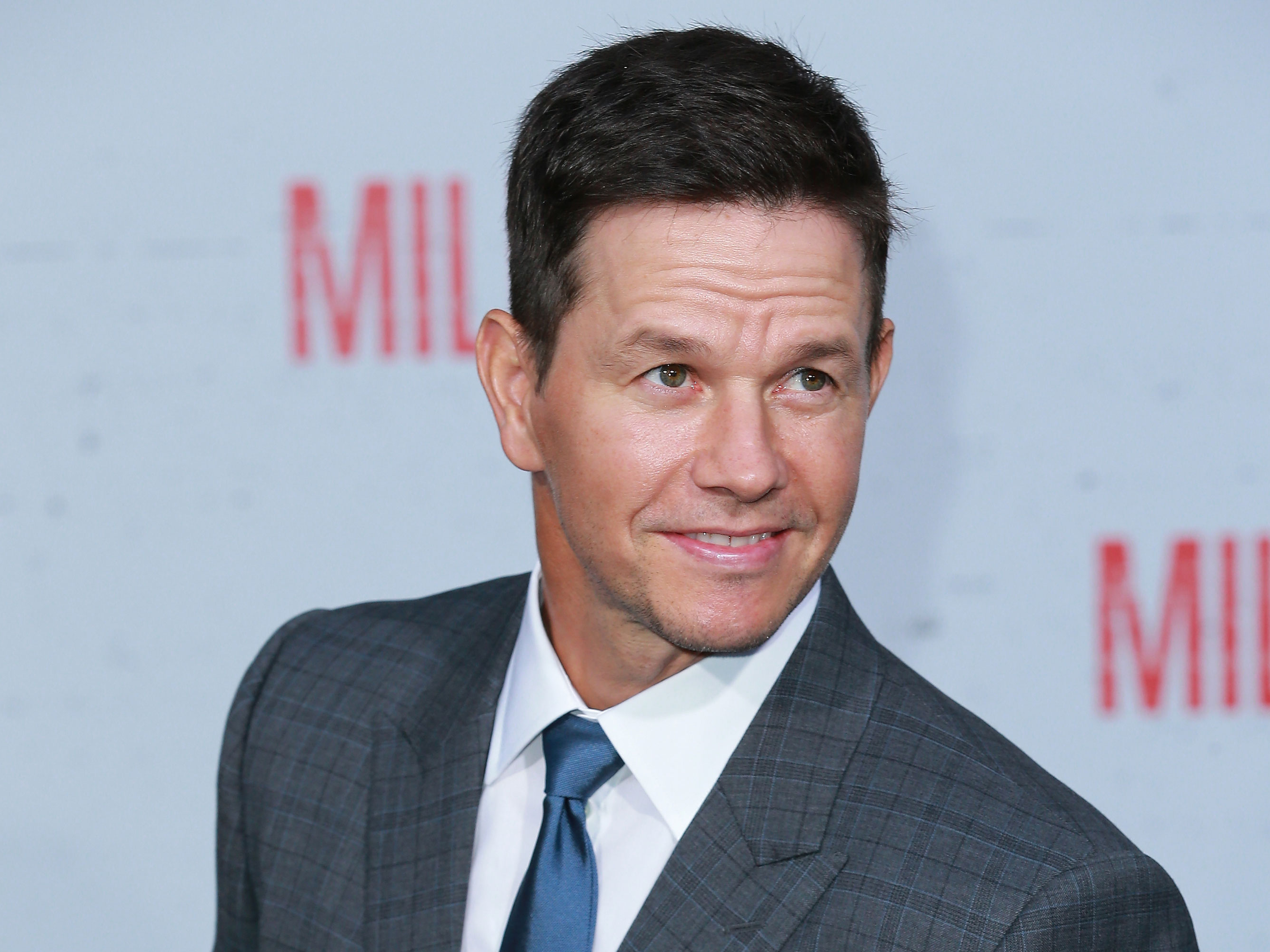 Wahlberg appeared on an episode of “SNL” in 2008 to jokingly yell at Andy Samberg for his impression of him … which ends up being eerily accurate.

Julia Roberts has said she’s “too scared” to host the show. 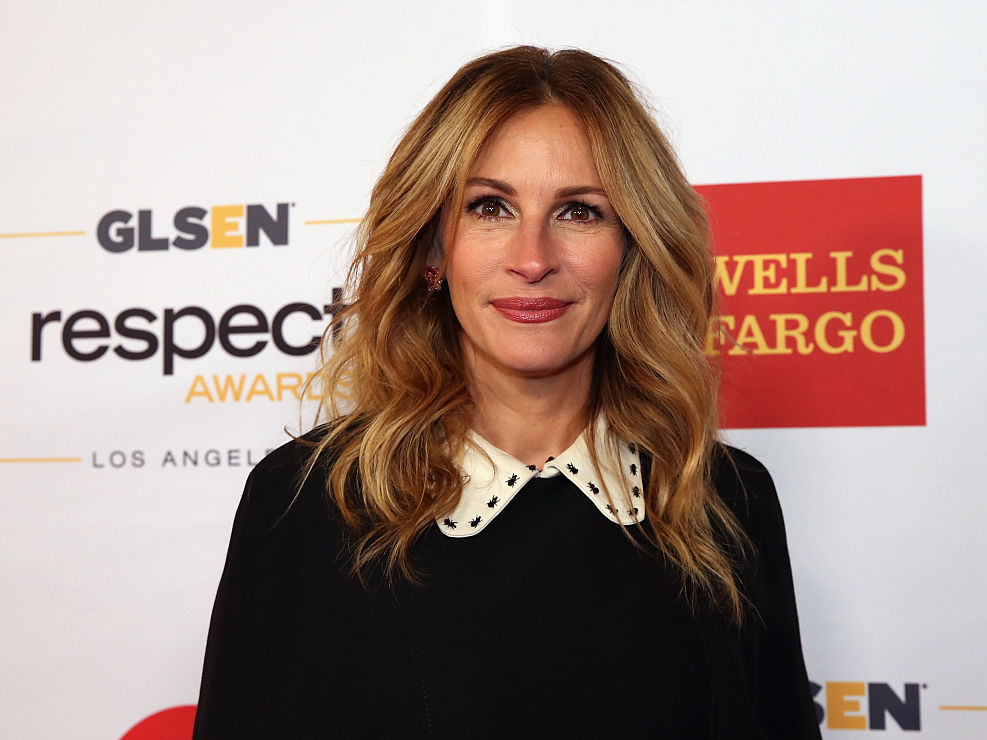 In 2017, Roberts said she’d only do “SNL” alongside frequent guest Alec Baldwin. “I mean, I would do it with Alec, if we could be comedy partners just doing skits. Throw in some Christmas sweaters and weird voices and Roberts might just be game. Wouldn’t that be fun?” she told EW.

Tom Cruise has never appeared on “SNL,” despite being one of the biggest movie stars of all time. 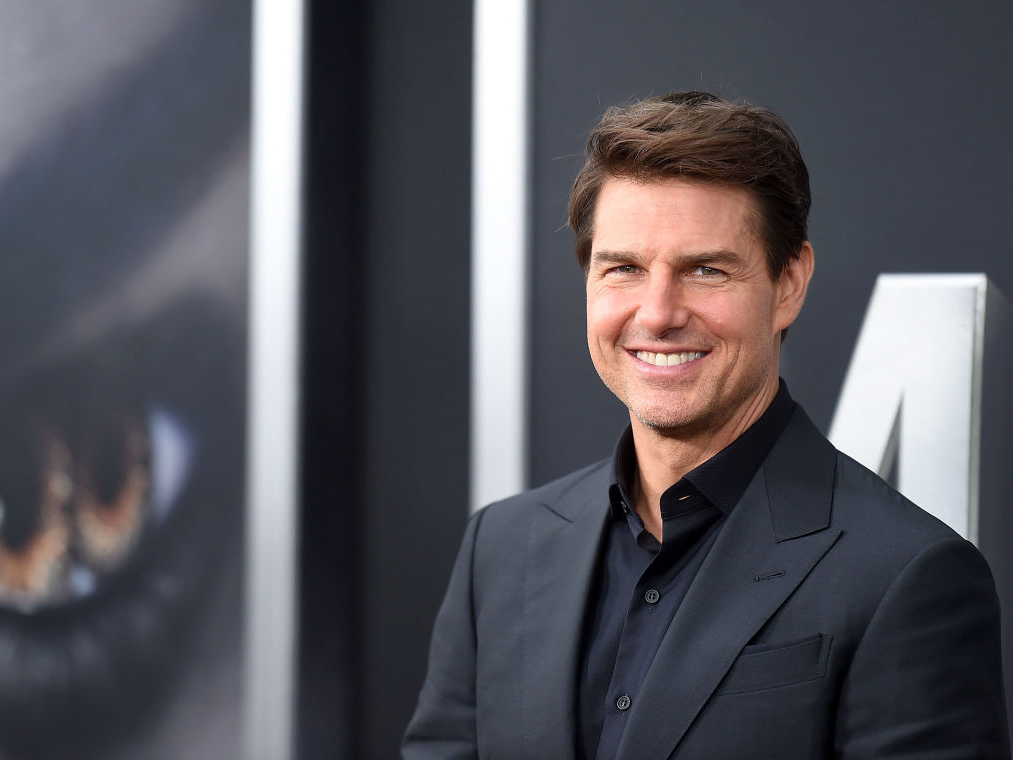 While some may think that the “Mission Impossible” star takes himself a bit too seriously to appear on the show, there’s no question that he’s got comedic talent. He was even nominated for a Golden Globe for his role as Les Grossman in “Tropic Thunder.”

Will Smith is the frequent subject of impressions but has never been to Studio 8H himself. 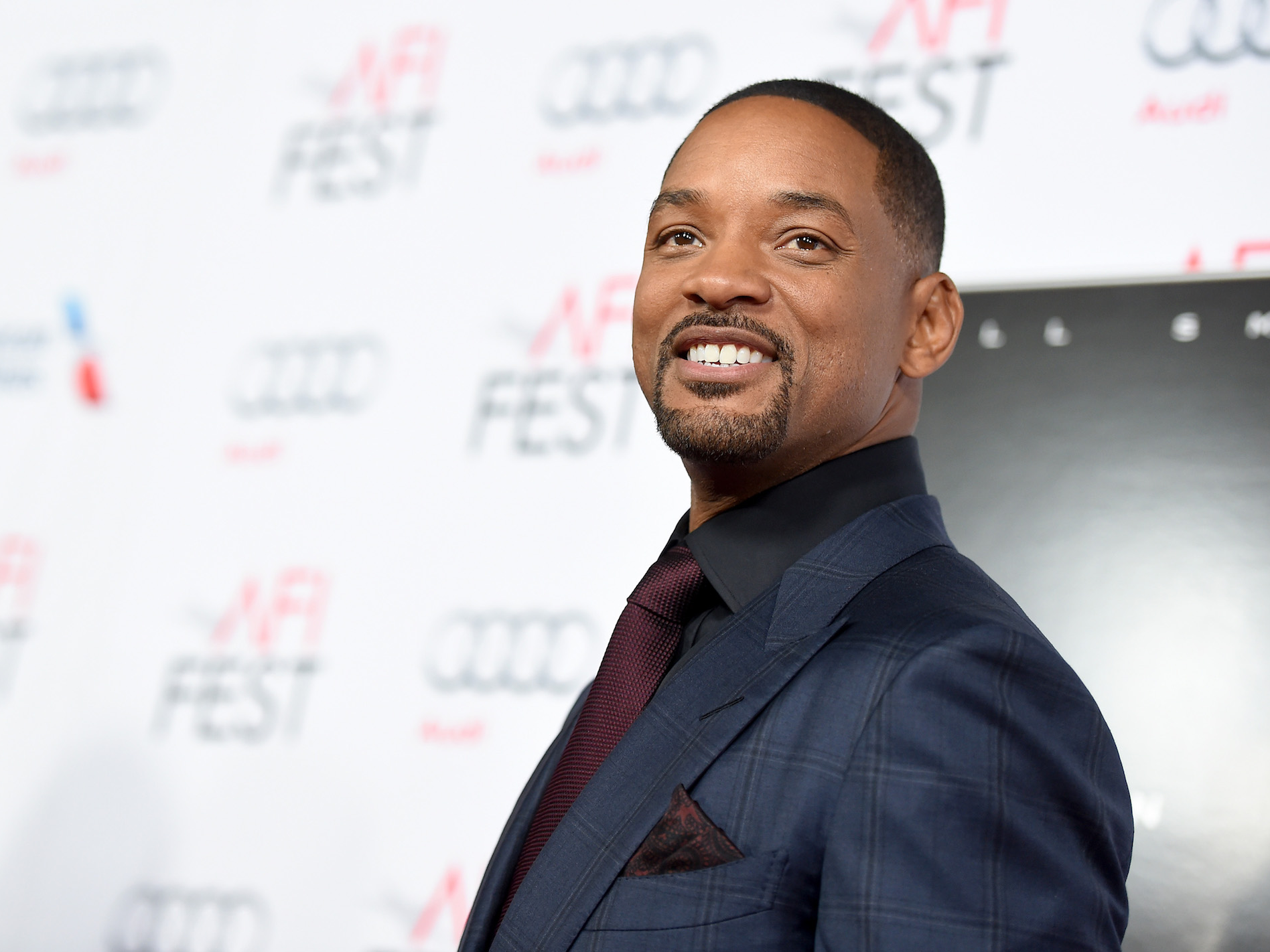 Smith is a comedy icon and movie star, so it’s hard to say why he’s never hosted “SNL.” But former “SNL” cast members Tim Meadows and Jay Pharoah have tried their hands at channeling the Fresh Prince.

Kristen Bell has proved she’s both a dramatic and comedic actress — that range would serve her well on “SNL.” Bell has guest-hosted episodes of “Ellen” and “Jimmy Kimmel Live!” to great success – the next logical step is “Saturday Night Live.”

She does have a connection to the show, though. In 2019, she revealed to Access Hollywood that she dated former “SNL” star Chris Parnell in college.

Leonardo DiCaprio’s only appearance on the show to date was a cameo during Jonah Hill’s monologue in 2014. 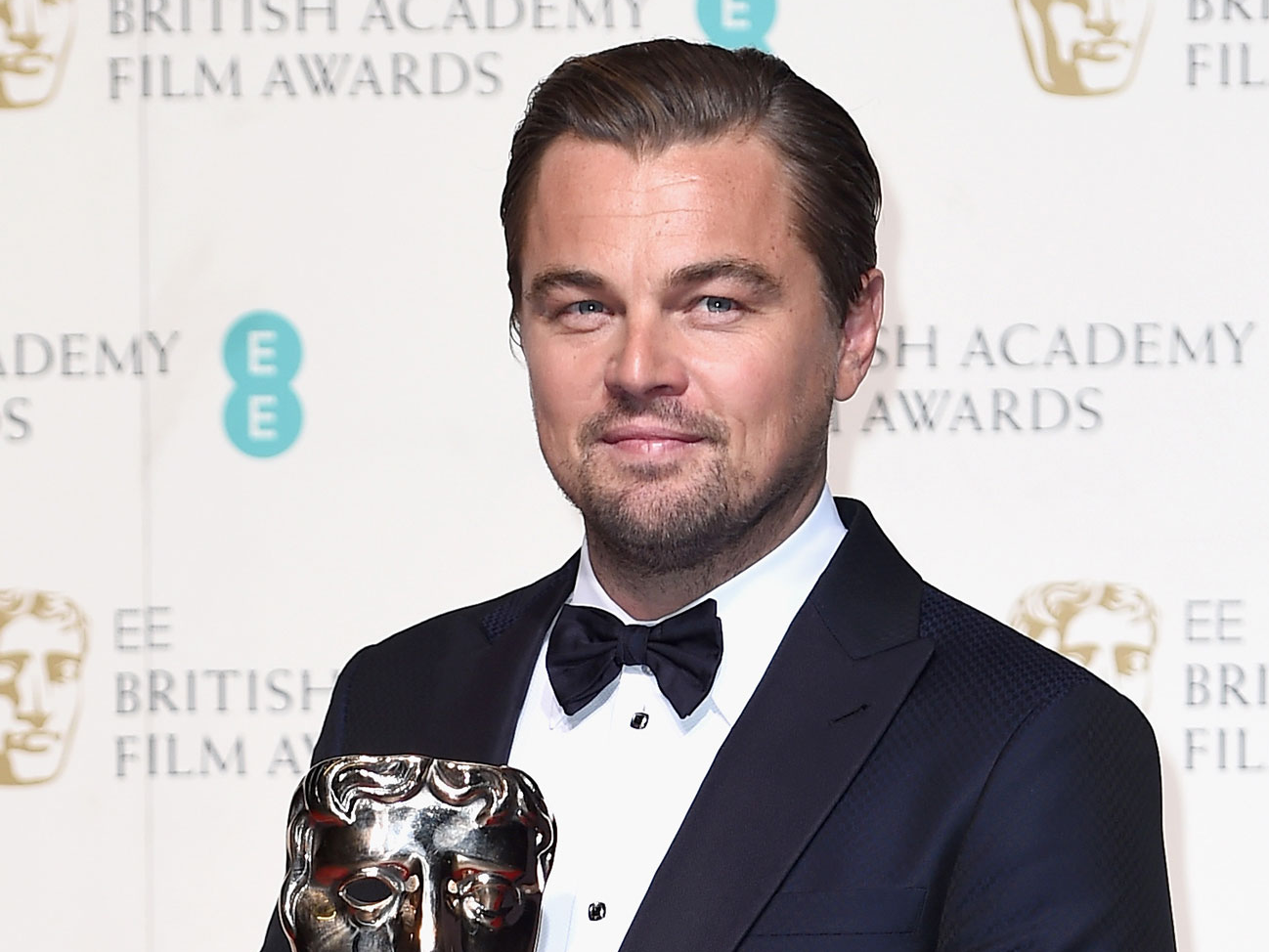 DiCaprio appeared during his “Wolf of Wall Street” co-star’s hosting gig in 2014. They even recreated the famous “I’m flying” scene from “Titanic.” The Oscar winner has yet to return to Studio 8H. The last time she appeared, “Jurassic Park” was the highest-grossing film of all time, and she was dating the host!

Christian Bale has also dabbled in comedic roles, but he’s never been on “SNL.” Bale has shown he’s not afraid to totally transform for his roles (see: “Vice,” “The Machinist,” “American Hustle”), so he’d probably show the same commitment to any sketches.

Mindy Kaling has shared that one of her dream jobs was to write for the sketch show. Kaling briefly appeared during an episode in 2009, as one of the guests on Kenan Thompson’s absurd talk show, “What’s Up With That?”

She revealed in 2019 that she was forced to turn down her “dream job” of working at 30 Rock because she was already writing and appearing on “The Office.”

“I had, halfway through season two, been invited to audition for ‘SNL,’ for the cast, but I was on contract with ‘The Office.’ And I sat down with Greg [Daniels] and I said to him, it would be my dream to be a cast member on ‘Saturday Night Live.’ And he’s like, you have a job here, I don’t understand why you would want to leave. And I said, I know, it’s just this is my childhood dream. And he said, OK, if you go there and get cast on ‘Saturday Night Live,’ I will let you out of your contract,” she told the Daily Beast. She ended up getting an offer to write for the show, with the potential of one day starring, which Greg Daniels, the showrunner of “The Office,” reminded her was not the deal. So, she stayed with the sitcom.

Denzel Washington has also been the subject of impressions over the years, but he’s never appeared himself. He’s not opposed, though. During a 2015 Reddit AMA, Washington responded to a user asking why he’s never hosted the iconic sketch show. He responded, “That’s a good question! I need to do that! It’s not too late! They’re still on right? They have been on like 30 years, right? Call NBC and tell them Denzel needs to host!” But five years later, he’s still yet to appear.

Sandra Bullock is one of our rom-com queens, but she’s never been on “SNL.” 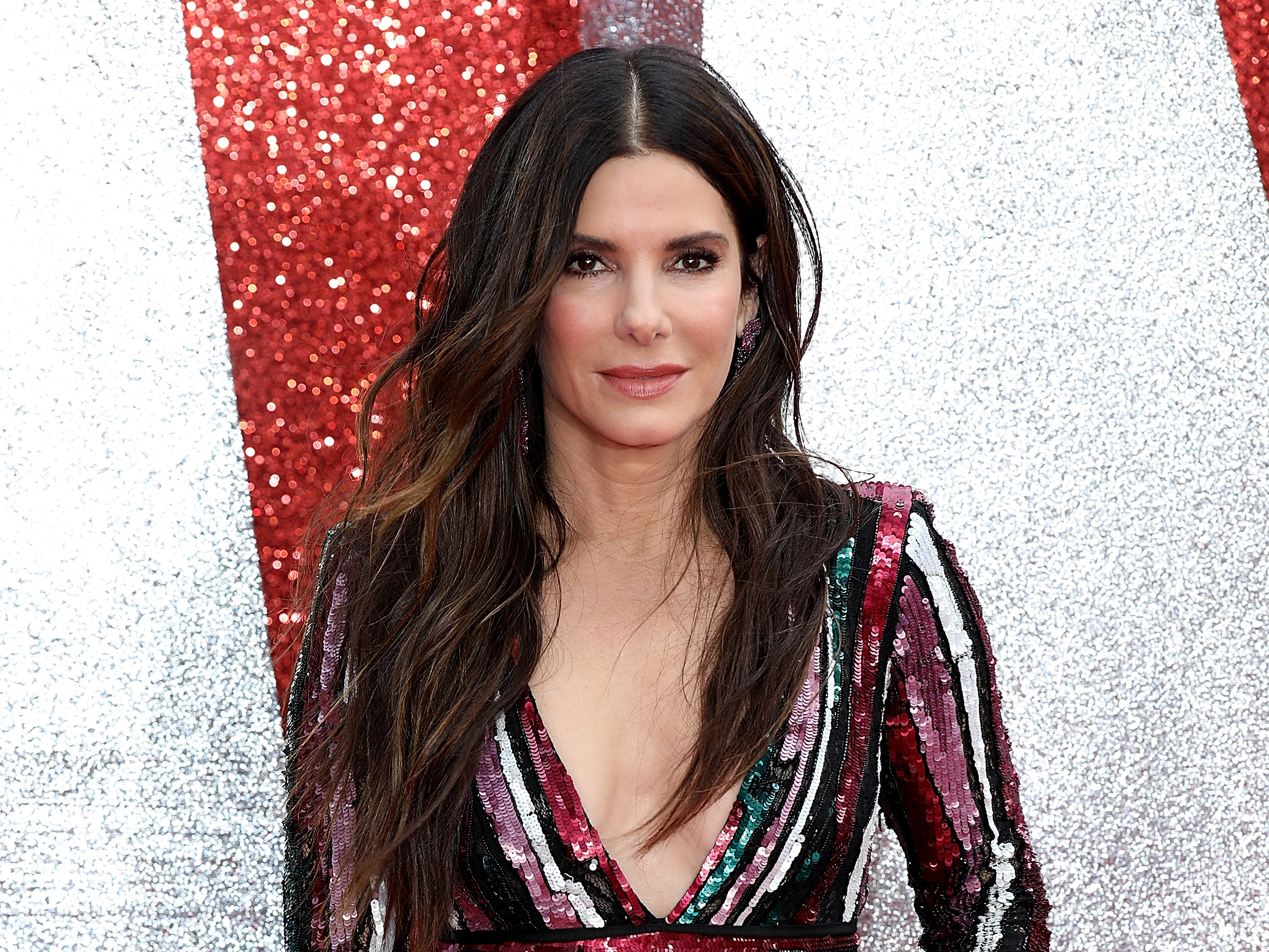 Bullock has had so many phases – America’s Sweetheart (“Miss Congeniality,” “While You Were Sleeping”), a serious award-winning actress (“The Blind Side,” “Gravity”), and a comeback star (“Bird Box,” “Ocean’s Eight”) – it’s shocking that she’s never found the time during any of those promo cycles to stop by Studio 8H. Over the last few years, the internet has once again been reminded of why we all love Keanu Reeves, from his turn as a dog-loving assassin in “John Wick,” to appearing as a hilarious version of himself in “Always Be My Maybe,” to voicing the loveable stuntman Duke Kaboom in “Toy Story 4.” It’s the perfect time for Reeves to take his talents to Studio 8H – maybe we’ll see him in season 46.

Meryl Streep is a legend. She deserves to have hosted “SNL.” 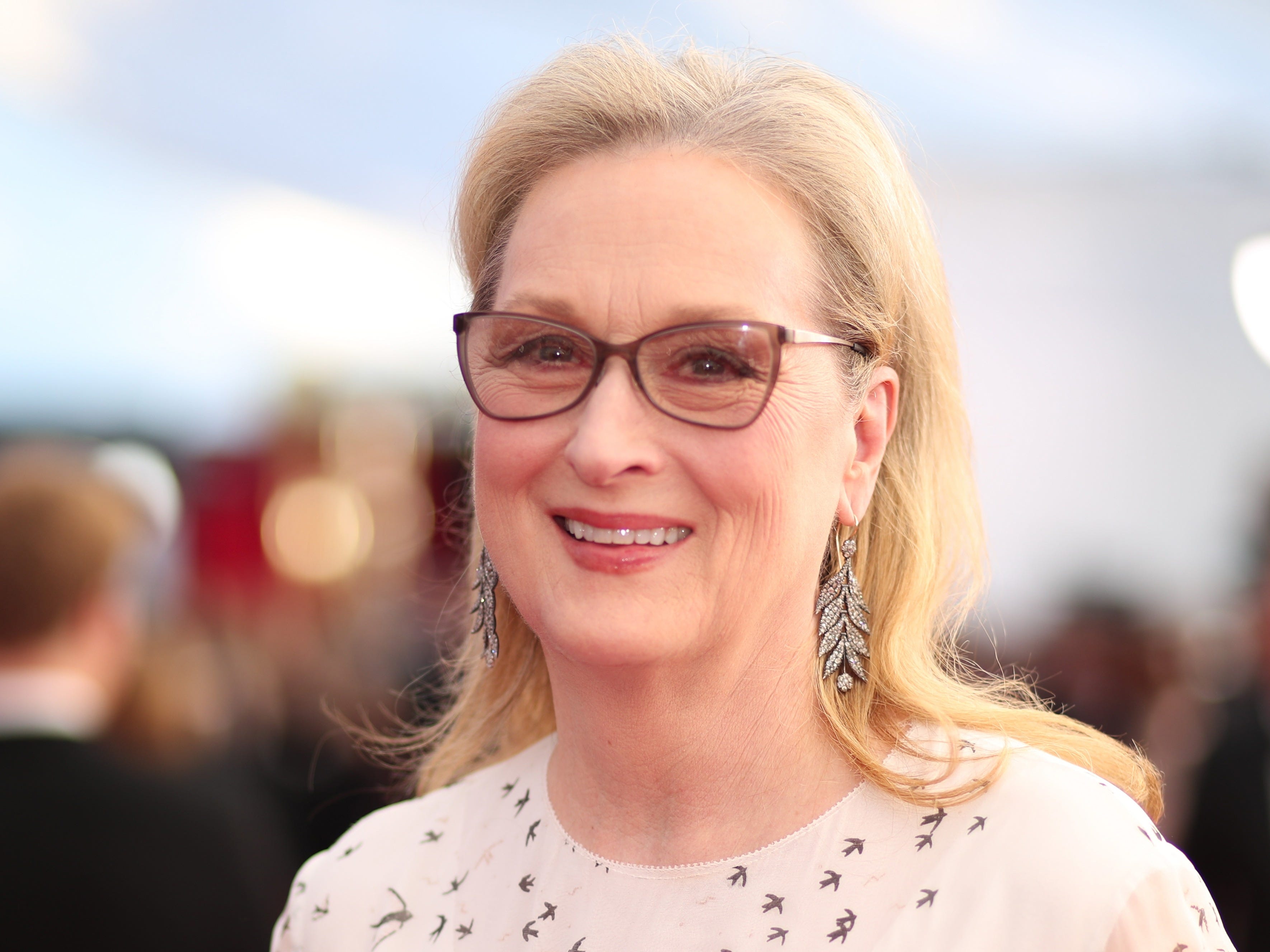 Streep, the most Oscar-nominated performer of all time, has never appeared on “Saturday Night Live,” though she’s proved time and time again that she has comedic talent. Just imagine all of the roles she could parody in an episode – we need to see it. 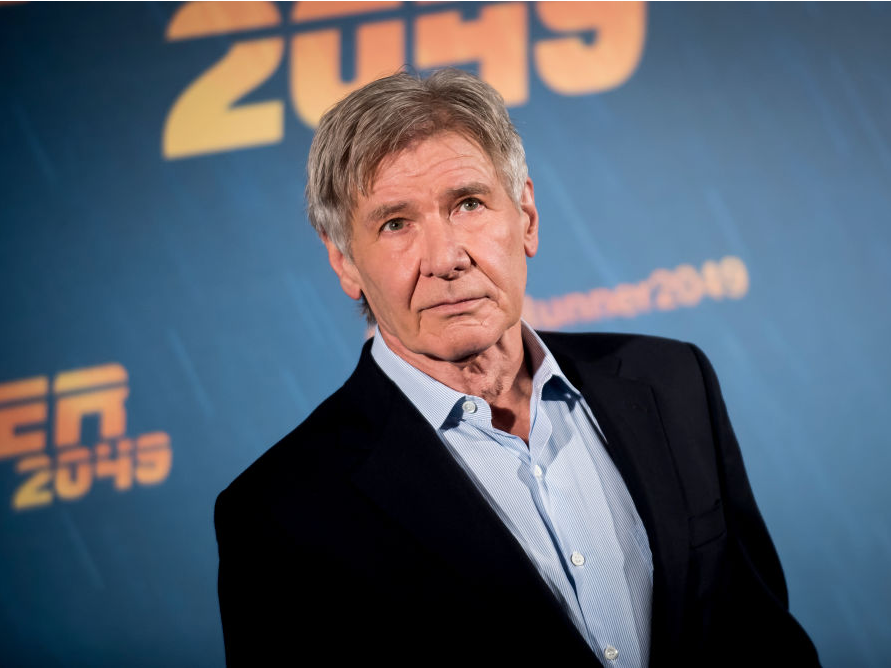 Ford’s other two “Star Wars” co-stars, Carrie Fisher and Mark Hamill, have each appeared on “SNL.” Fisher hosted an episode in 1978, and Hamill made a cameo during a 1997 sketch. But Han Solo himself has yet to complete the trifecta.

Ali Wong’s star is on the rise — it’s surprising that “SNL” hasn’t jumped at the chance to have her host. Wong has released two beloved stand-up specials on Netflix, starred in a rom-com alongside Randall Park, and has had voice roles on “Big Mouth” and “Tuca & Bertie.” She’s exactly the type of comedian with crossover success that “SNL” should be championing.

Now that “Tuca & Bertie” has been revived by Adult Swim, maybe she’ll hit the stage next season.

Remember when Phoenix pretended to quit acting and take up rapping for a mockumentary that none of us knew was actually happening? For the film “I’m Still Here,” Phoenix made a cringe-worthy appearance on “The Late Show with David Letterman” as a hyped-up version of himself.

At the very least, we know Phoenix would never break during a sketch.

Beyoncé has been a musical guest but never a host. 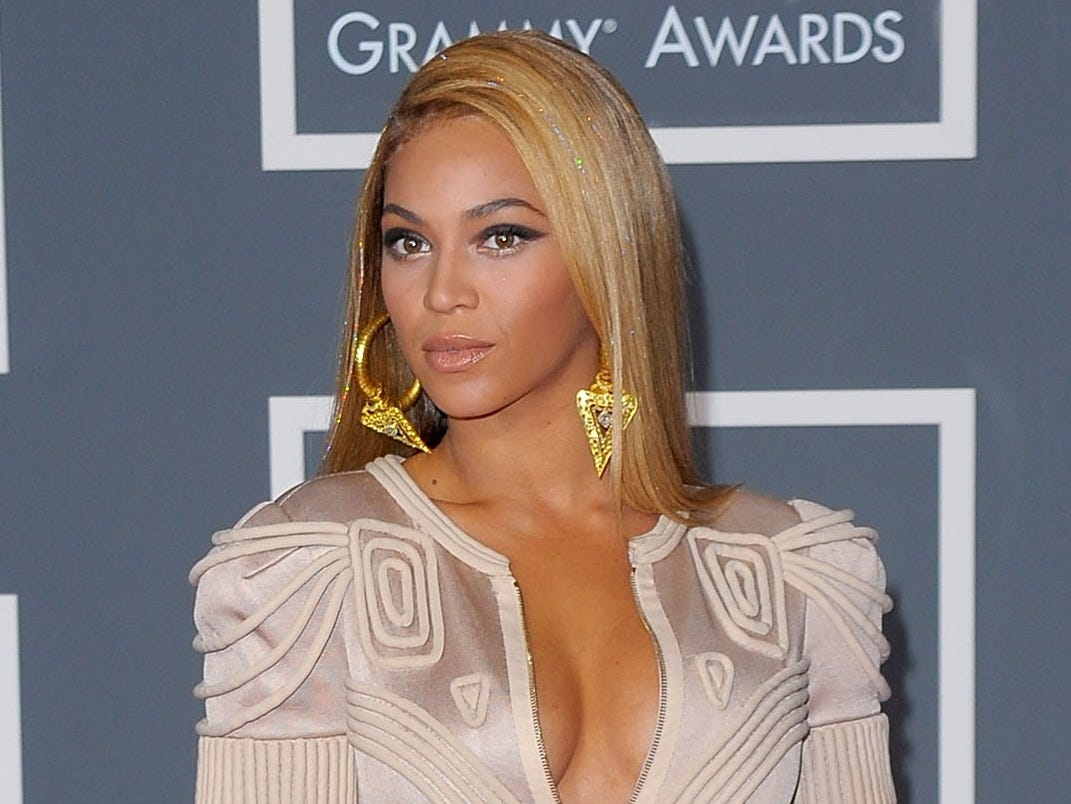 There have been plenty of musical guests that pull double-duty on “SNL,” most recently Harry Styles and Chance the Rapper. It’s surprising that the “Formation” singer hasn’t ever showed off her acting chops on “SNL.” Yes, Pine, Pratt, and Hemsworth have all taken on hosting duties at some point during their careers. Why hasn’t Evans? He’s proven to be just as funny as the rest of them – what gives, NBC?