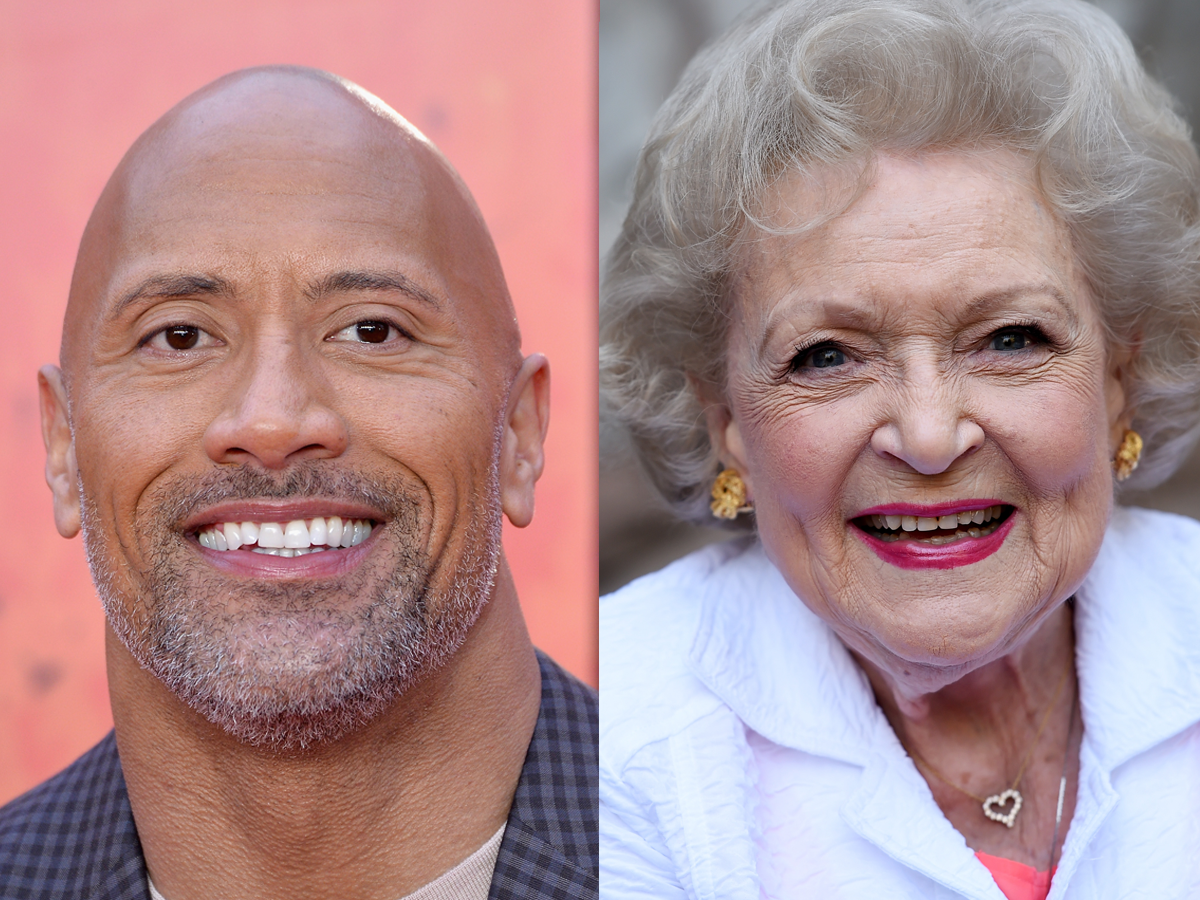 Guinness World Records is famous for cataloging the most interesting, extreme, and sometimes weird facts out there.

From the fastest runner to the person with the longest fingernails, pretty much everything is included, so it’s no surprise that multiple celebrities hold records.

Read on to learn who holds a world record for clapping, as well as which star mixed up the largest paradise cocktail in the world. 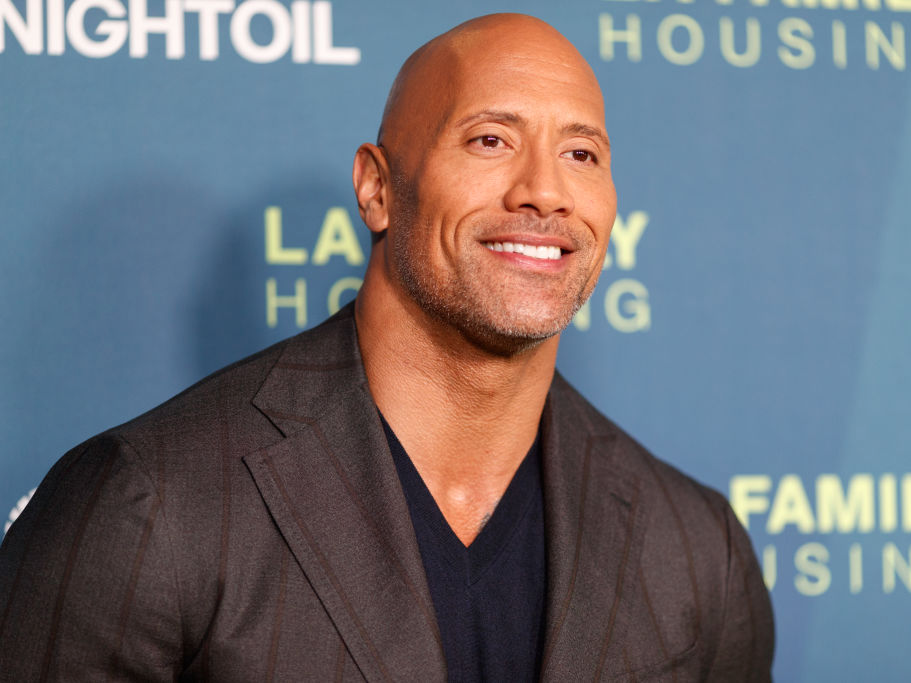 In January 2017, Dwayne Johnson and his team set the record for the largest layered dip.

Crafted in a 100-gallon fish tank, it took over five hours to craft this mega-sized tailgating classic. The dip, which weighed 540 pounds, was later donated to an organisation for people who are experiencing homelessness.

However, the celebrity has since been beaten out by Bush’s Beans, who made a 1,087-pound dip in January 2020.

Justin Bieber previously held the record for the most “disliked” video online. Justin Bieber has held records for the most-viewed music channel on YouTube, the first music channel viewed three billion times (JustinBieberVEVO), and the youngest solo artist to get five number-one US albums.

Bieber was also the first act ever to simultaneously hold the top three positions on the UK singles chart with “Love Yourself” (No.1), “Sorry” (No.2), and “What Do You Mean?” (No.3) on January 14, 2016. Not even The Beatles or Elvis Presley managed that feat.

The singer previously held the world record for most “disliked” video online thanks to his song “Baby,” but that title has since been taken over by the “YouTube Rewind 2018.”

Vanna White is the world’s most frequent clapper. 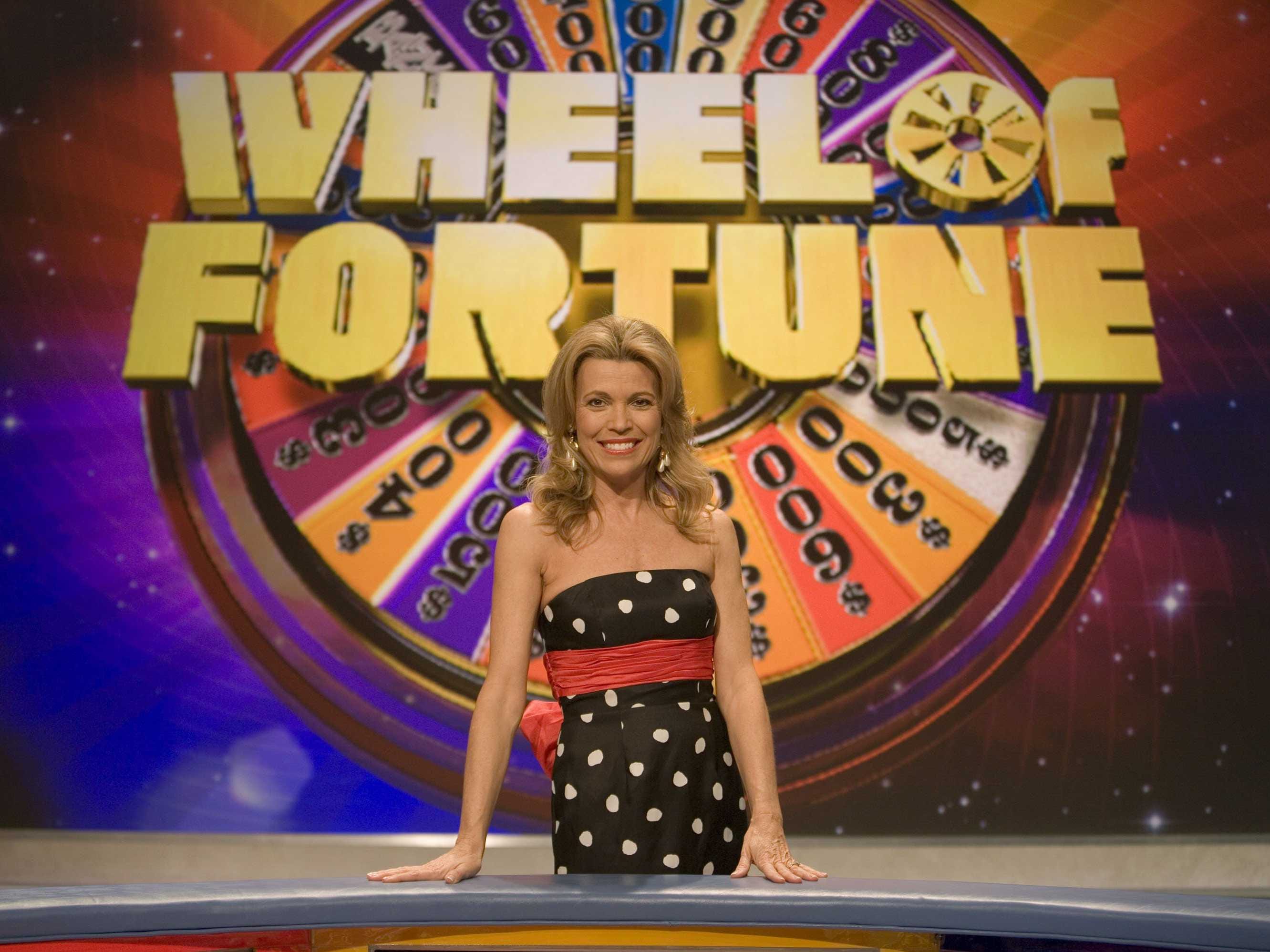 Associated PressVanna White made her first ‘Wheel of Fortune’ appearance in 1982.

The longtime cohost on “Wheel of Fortune” has earned a unique place in the record books.

Vanna White holds the record for most frequent clapper, after clapping an estimated 3,721,446 times over the course of the show’s 32 seasons.

According to the Guinness World Records, White claps an estimated 606 times per show. Kevin Mazur/Getty Images for CoachellaBeyoncé Knowles-Carter has racked up a record number of Grammy nominations.

Beyoncé holds the world records for mostGrammy Awards won in a single year by a female artist, most MTV Video Music Award nominations for video of the year, and she and Jay-Z have the most Grammy Awards won by a married couple.

Beyoncé also holds a record-breaking 79 Grammy nominations, the most for a female artist, and she won 24 of them. 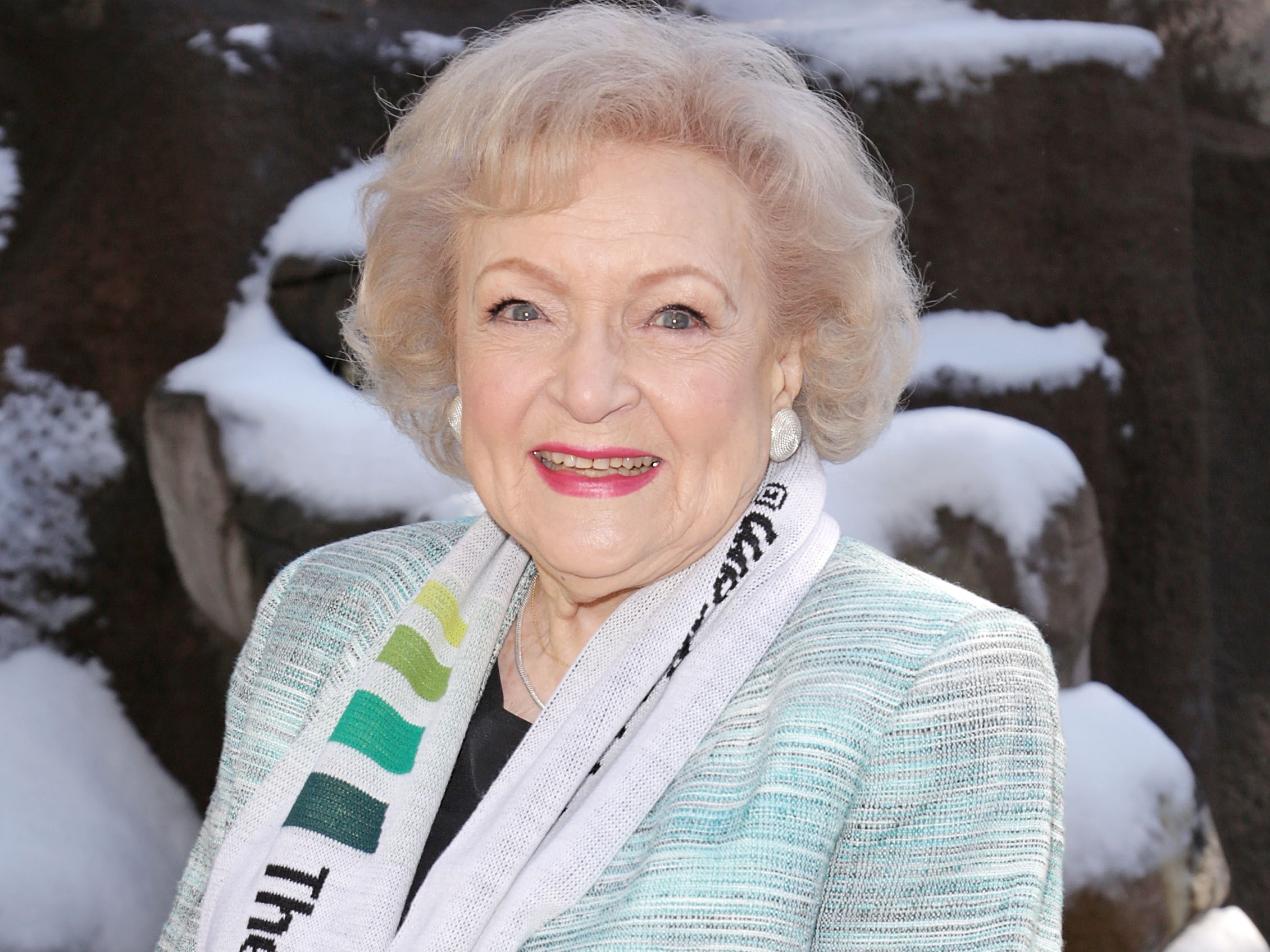 The record for the female entertainer with the longest TV career is held by Betty White.

With a career that began in 1939, White has acted for over 80 years, with roles on shows such as “The Golden Girls,” “The Mary Tyler Moore Show,” and “The Carol Burnett Show.”

BTS broke records with the music video for “Boy With Luv.”

Yoan Valat/AFP/Getty ImagesBTS racked up an impressive number of views on YouTube.

The super-popular band BTS was the first K-pop act to reach number one on the US albums chart.

The group also holds the records for most Twitter engagements (average retweets) for a music group and the fastest time to reach 1 million followers on TikTok. 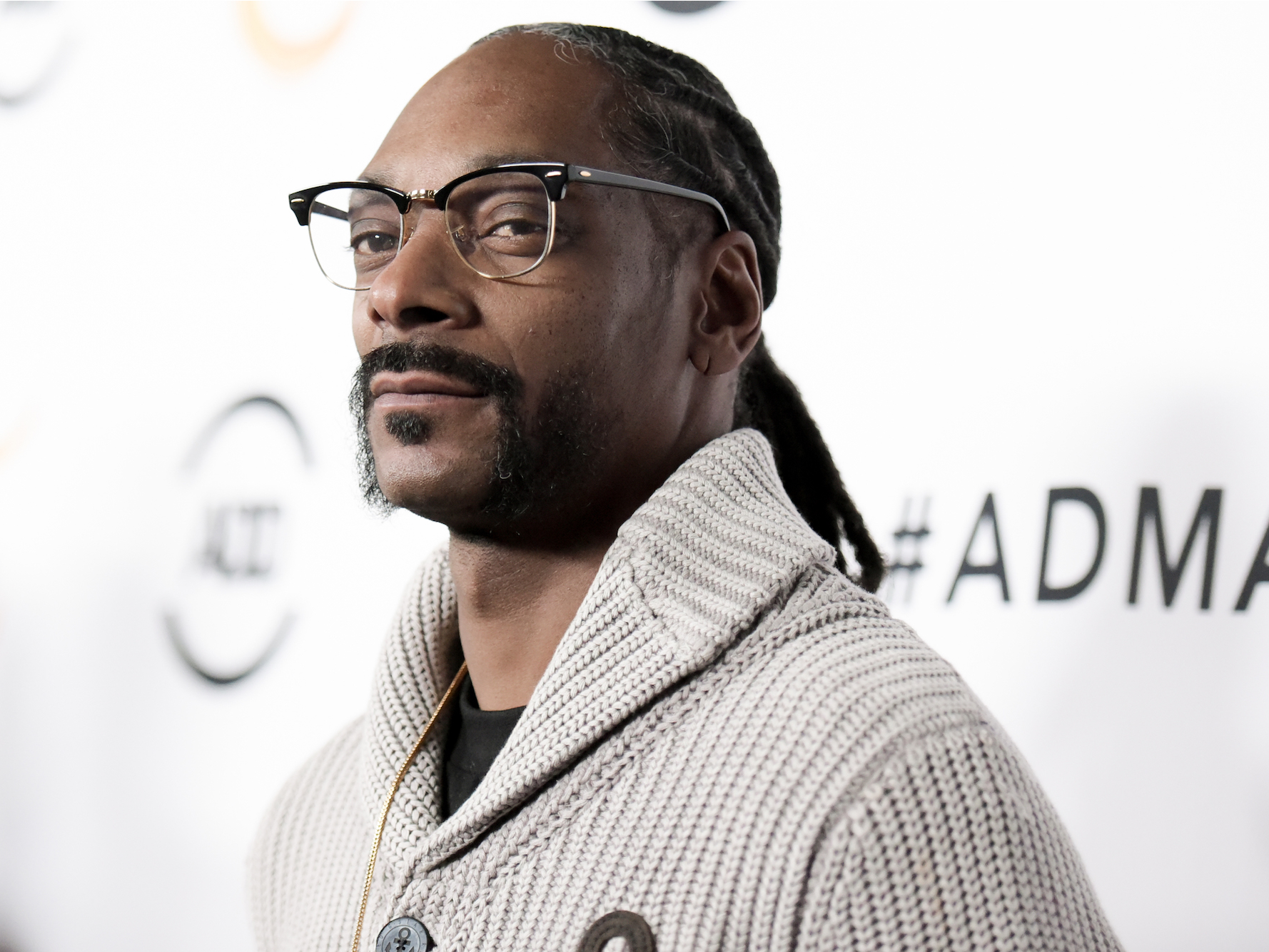 The drink was later distributed to VIPs at the BottleRock Napa Valley Music Festival in California.

Eminem holds the record for the most words in a hit song. 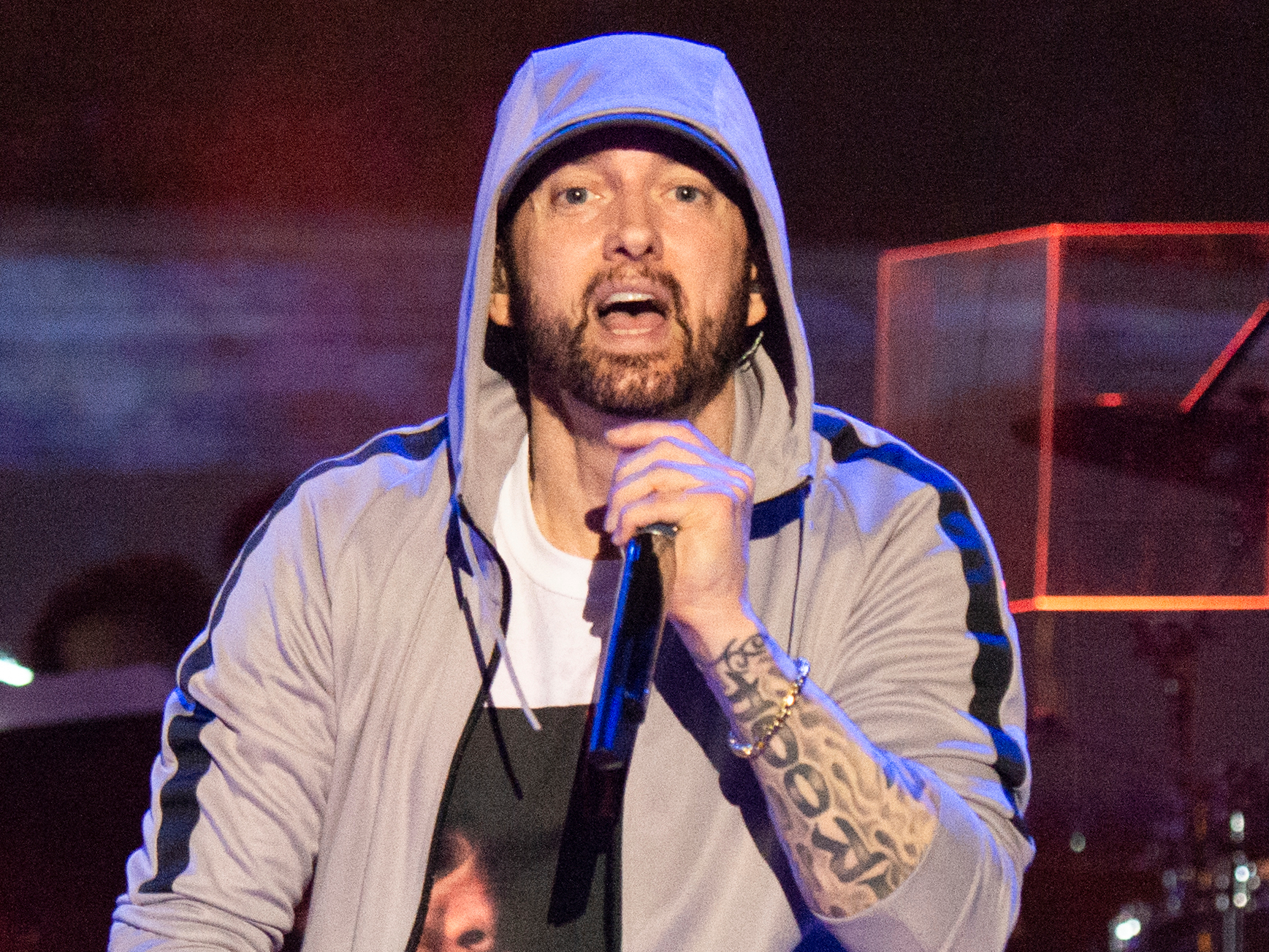 In 2013, Eminem set the world record for the most words in a hit song with “Rap God,” which clocks in at 1,560 words in six minutes and four seconds. In just one 15-second segment, the rapper says 97 words.

He also holds the record for most successive US No.1 albums by a solo artist with six albums. 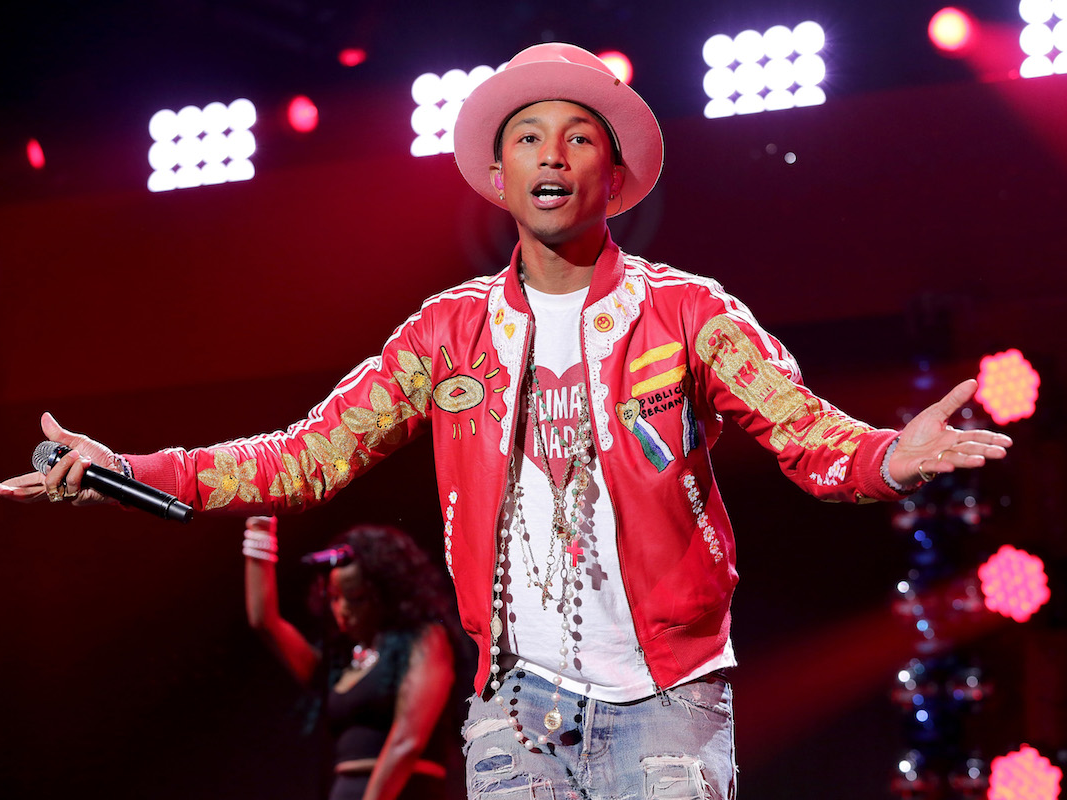 Alexander Tamago/GettyPharrell released the video for ‘Happy’ in 2013.

At 24 hours long, Pharrell’s video for “Happy” broke the record for the longest music video in 2013.

As the track plays on a loop over 300 times, dancers and celebrities perform and lip-sync. 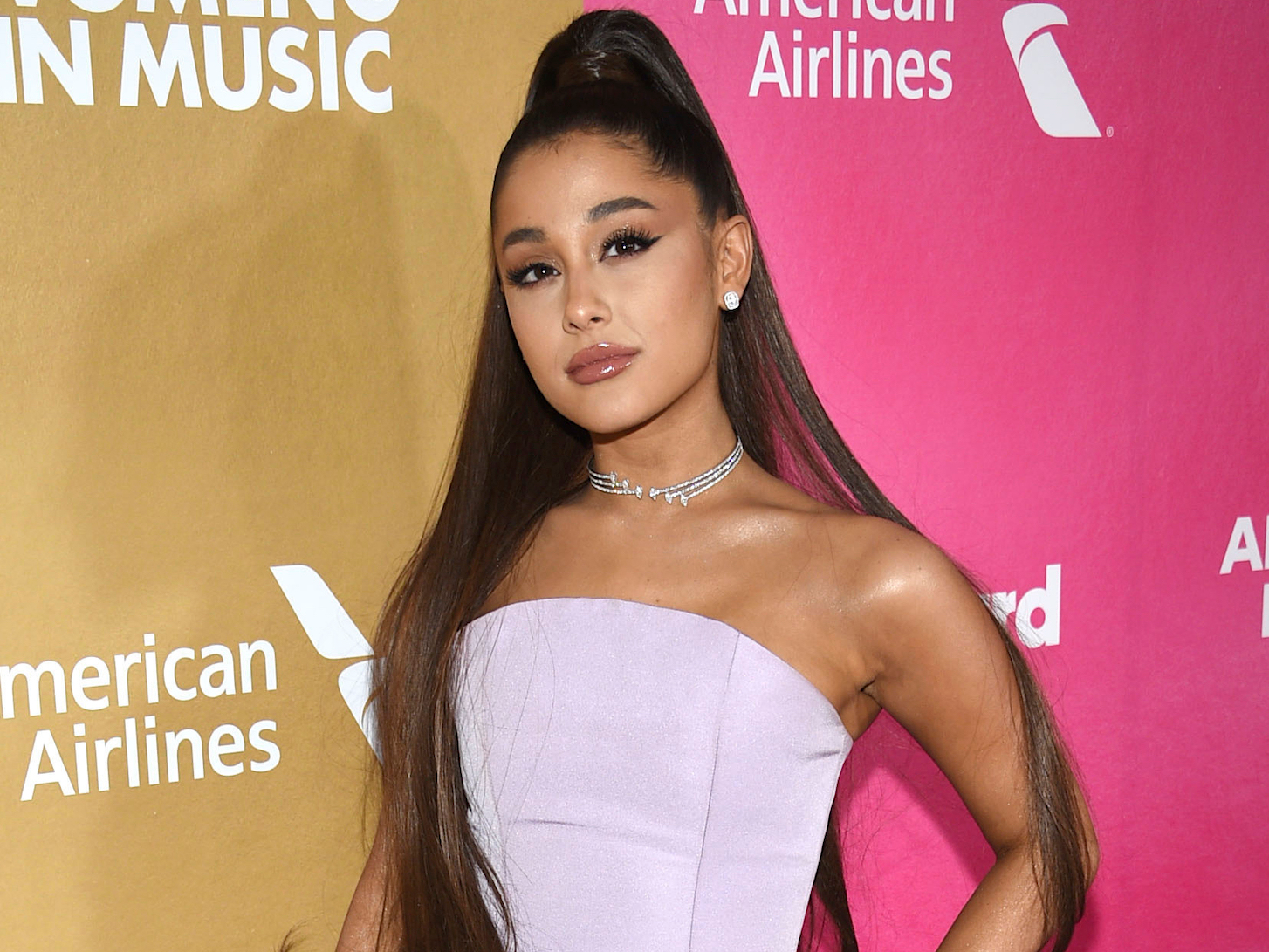 In April 2019, Ariana Grande dethroned Selena Gomez as the most followed woman on Instagram. She has over 220 million followers.

But that’s not the only record the singer broke.

Grande also has the most streamed track in one week by a female artist on the Billboard Charts for “Thank U, Next” and the most streams on Spotify in one year for a female musician for “7 Rings.”

In fact, the singer has broken 20 Guinness World Records.

Cristiano Ronaldo is the person with the most Instagram followers overall. 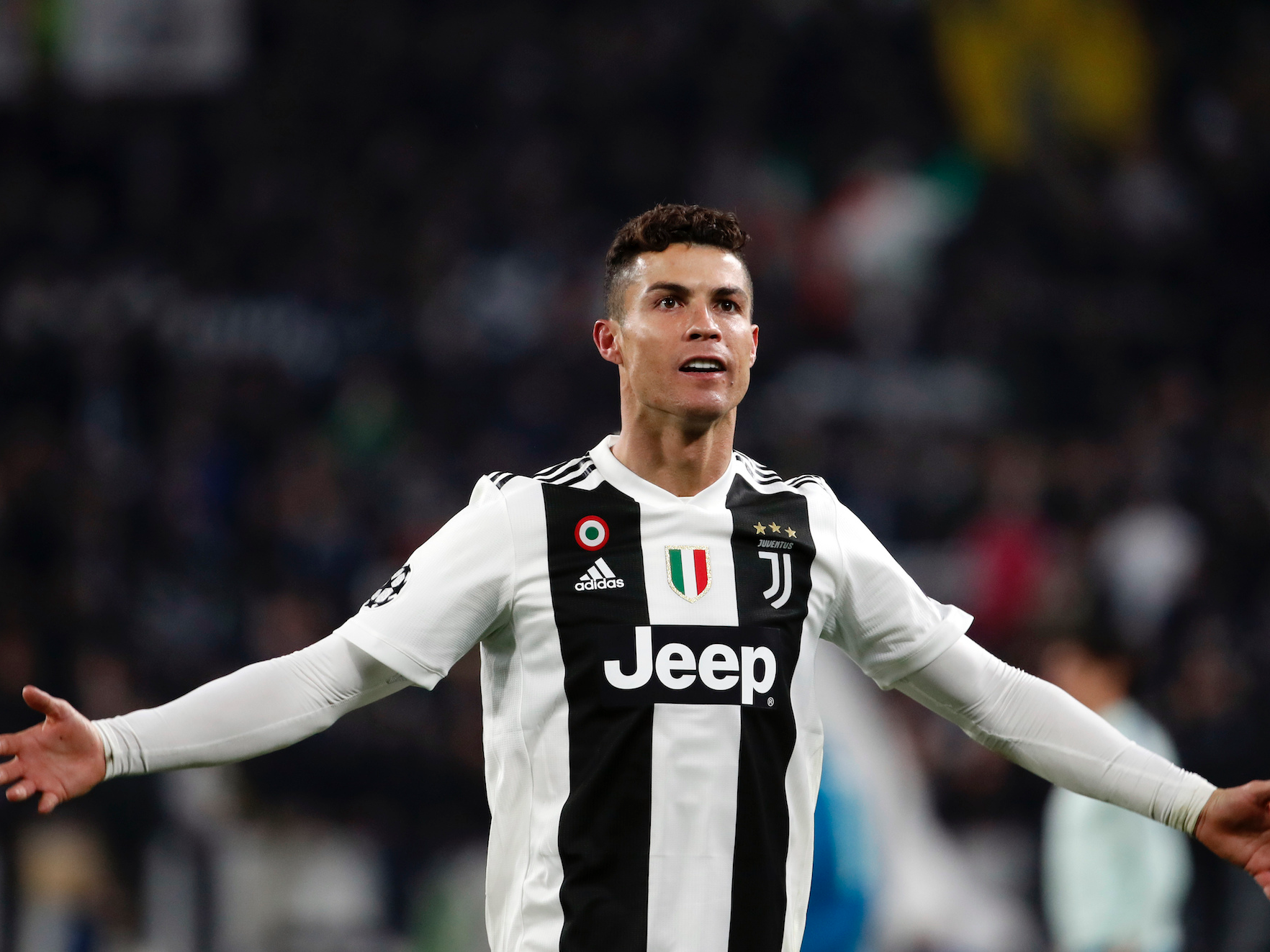 Antonio Calanni/APCristiano Ronaldo is the most followed person on Instagram.

Prior to his reign, Selena Gomez held the title for multiple years.

Vin Diesel’s touching tribute to the late Paul Walker has garnered the most “likes” of any Facebook post. Universal PicturesVin Diesel starred alongside Paul Walker in the ‘Fast and Furious’ franchise.

“Fast and Furious” star Vin Diesel shared a tribute on Facebook following the death of his costar Paul Walker in November 2013. 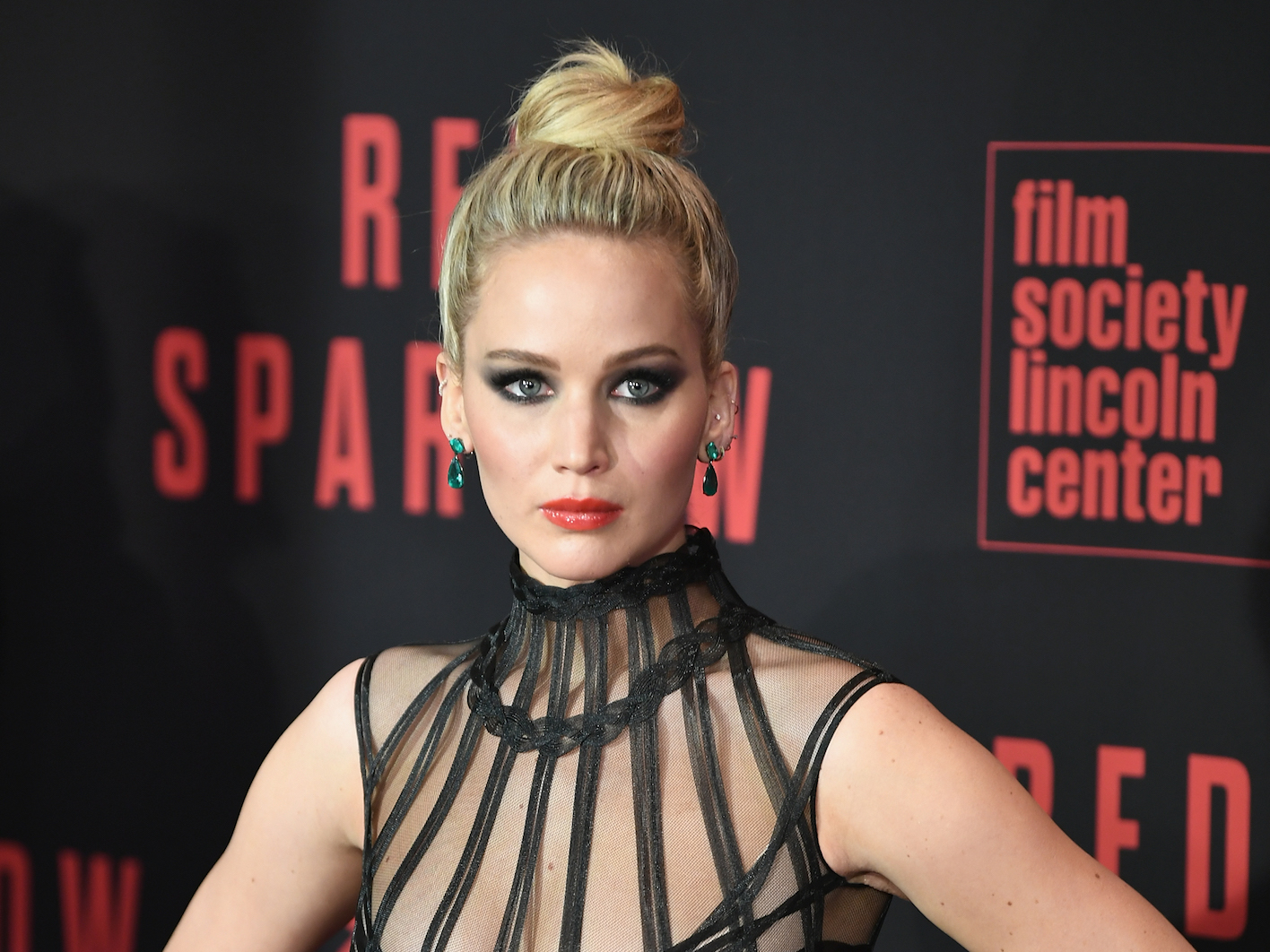 Jennifer Lawrence earned a spot in the Guinness World Records book in 2016 for being the highest-grossing female action movie star.

She earned her title after the massive successes of the “Hunger Games” series and the “X-Men” franchise.

Jackie Chan holds the record for most stunts by a living actor. 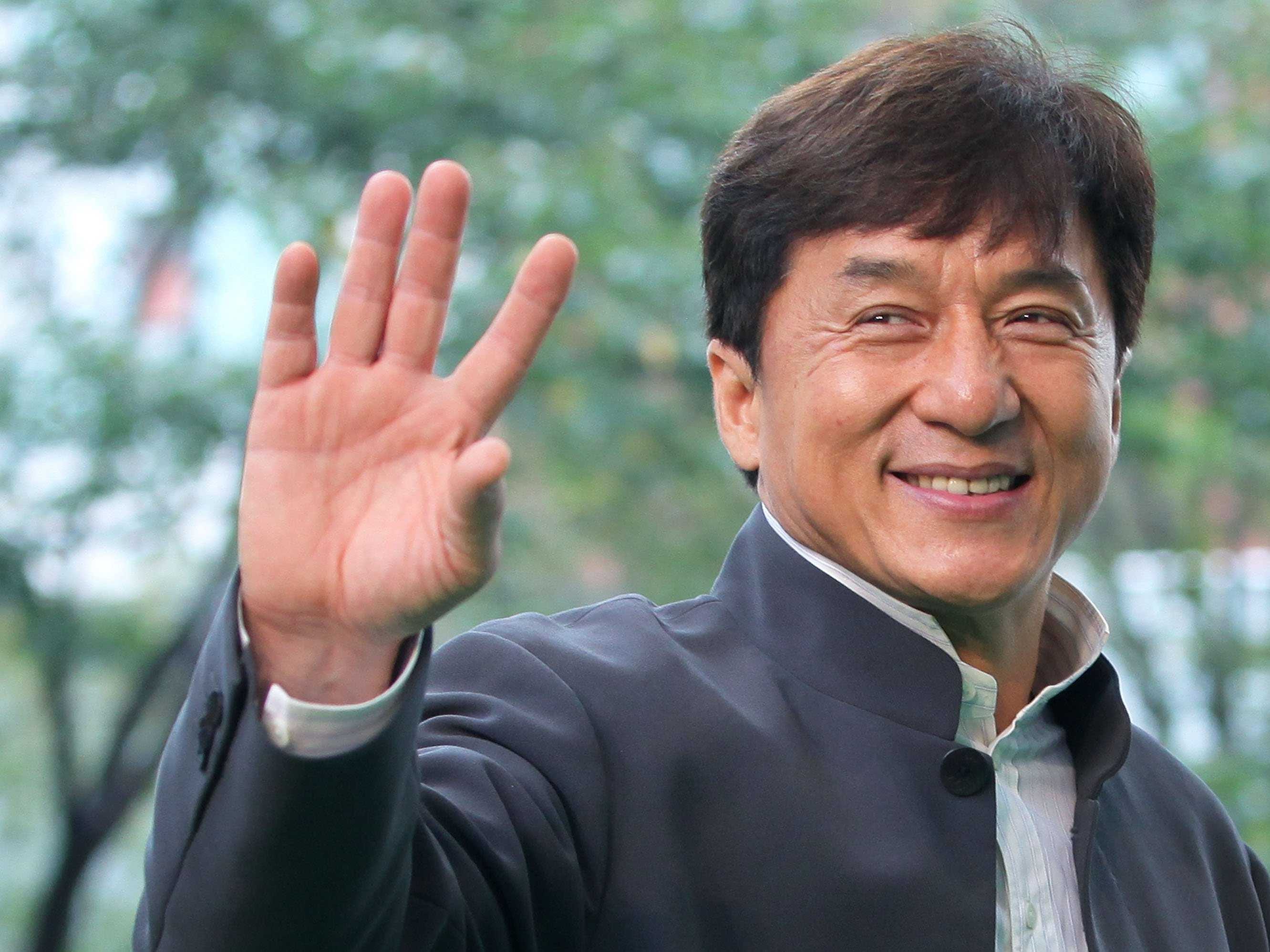 The actor, producer, and stunt coordinator has held the record for most stunts by a living actor since 2012.

He has appeared in more than 100 films since 1972 and has sustained a number of injuries in the process, including a broken nose, broken cheekbones, and a broken skull.

He also holds the record for most credits by the same person in one movie for “CZ12.” 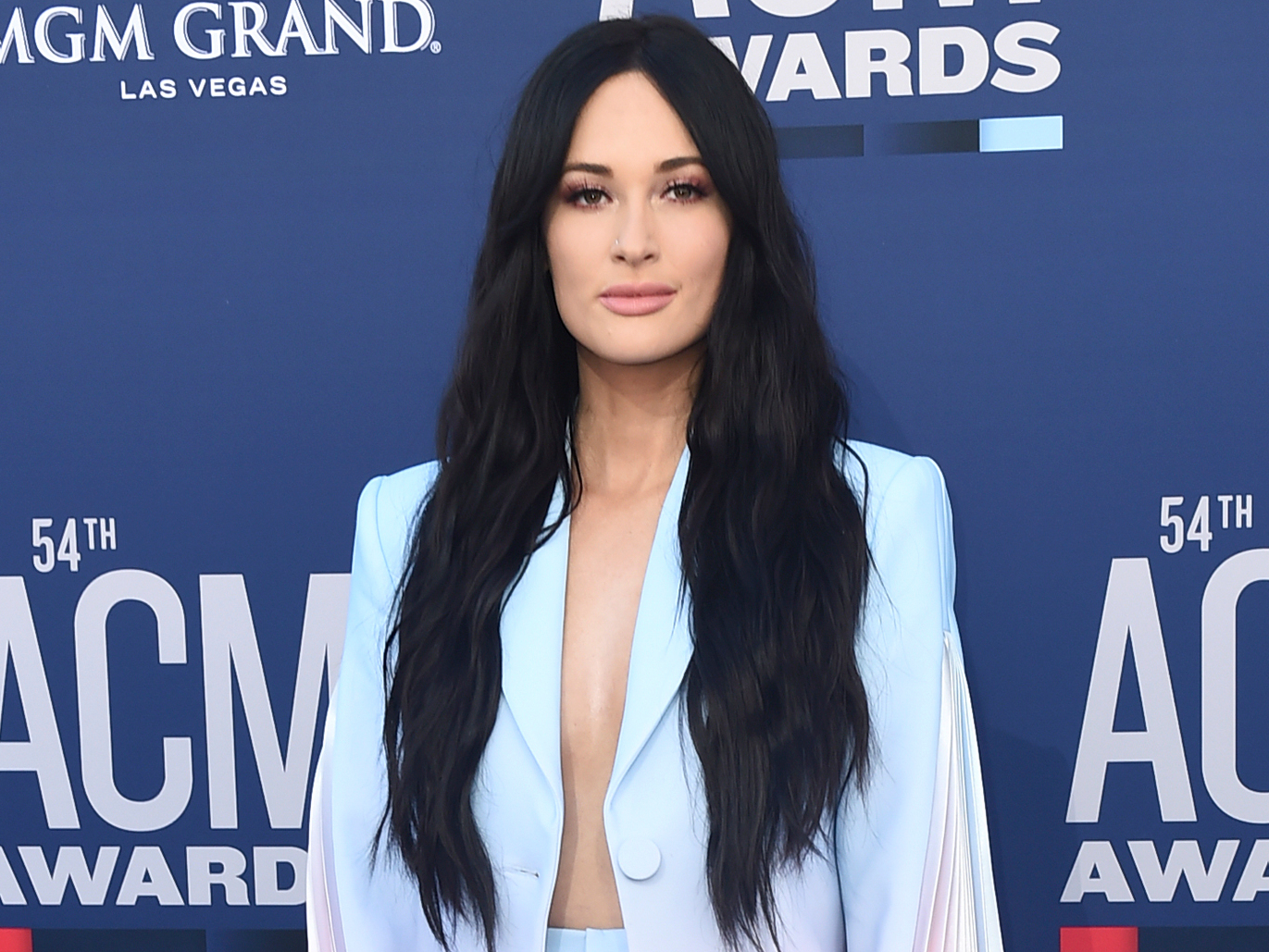 Jordan Strauss/Invision/AP ImagesColouring pages were submitted from people across 30 states.

Kacey Musgraves, alongside the Country Music Hall of Fame and Museum in Nashville, broke the Guinness World Record for the world’s largest display of colouring pages.

The rainbow-shaped display, which appeared in the museum’s “Kacey Musgraves: All of the Colours” exhibition, included 1,550 colouring pages and weighed 500 pounds.

All of the pages were submitted by fans from across 30 states.

However, in January, P&G China and Yonghui Superstores broke the record with 3,159 pages.

Martin Scorsese is the director with the most Oscar nominations. Kevin Winter/Getty ImagesMartin Scorsese won the Oscar for best director in 2007 for ‘The Departed.’

Legendary Hollywood director Martin Scorsese holds the record for most Oscar nominations for a living director.

He earned the title after the 2020 Academy Awards where he was nominated for the ninth time for directing “The Irishman.” 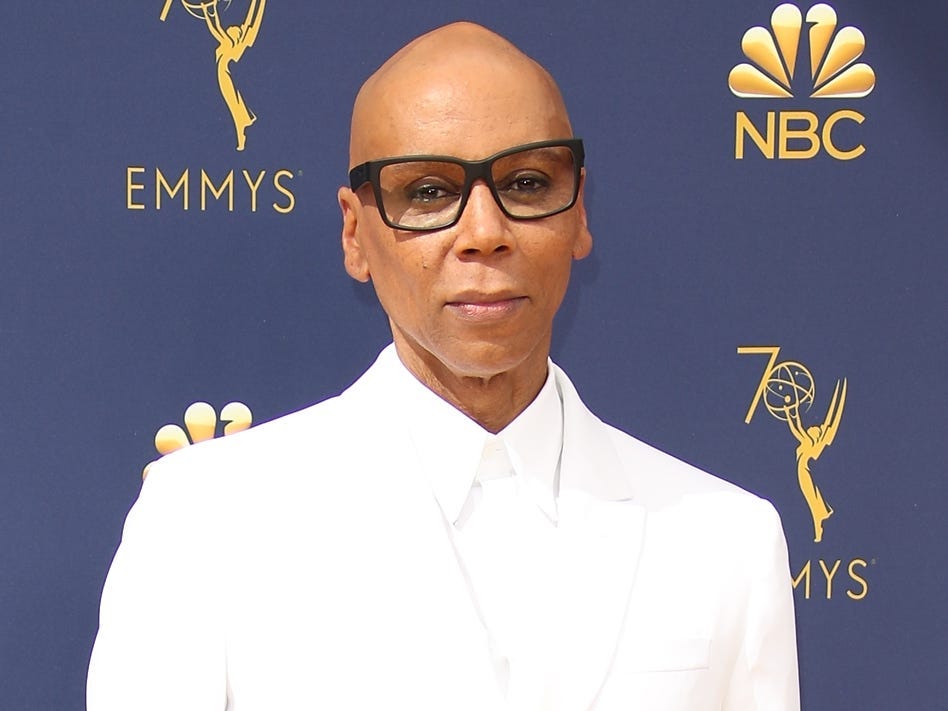 Dan MacMedan/Getty ImagesRuPaul is the host of ‘RuPaul’s Drag Race.’

As of September 20, 2020, RuPaul has the most Emmy wins for outstanding host for a reality or competition program.

The celebrity has won the award five times for his show “RuPaul’s Drag Race.”

32 of the wildest Guinness World Records set in 2019

The most bizarre world record broken in every state