11 celebrities who have gotten their breast implants removed, and why 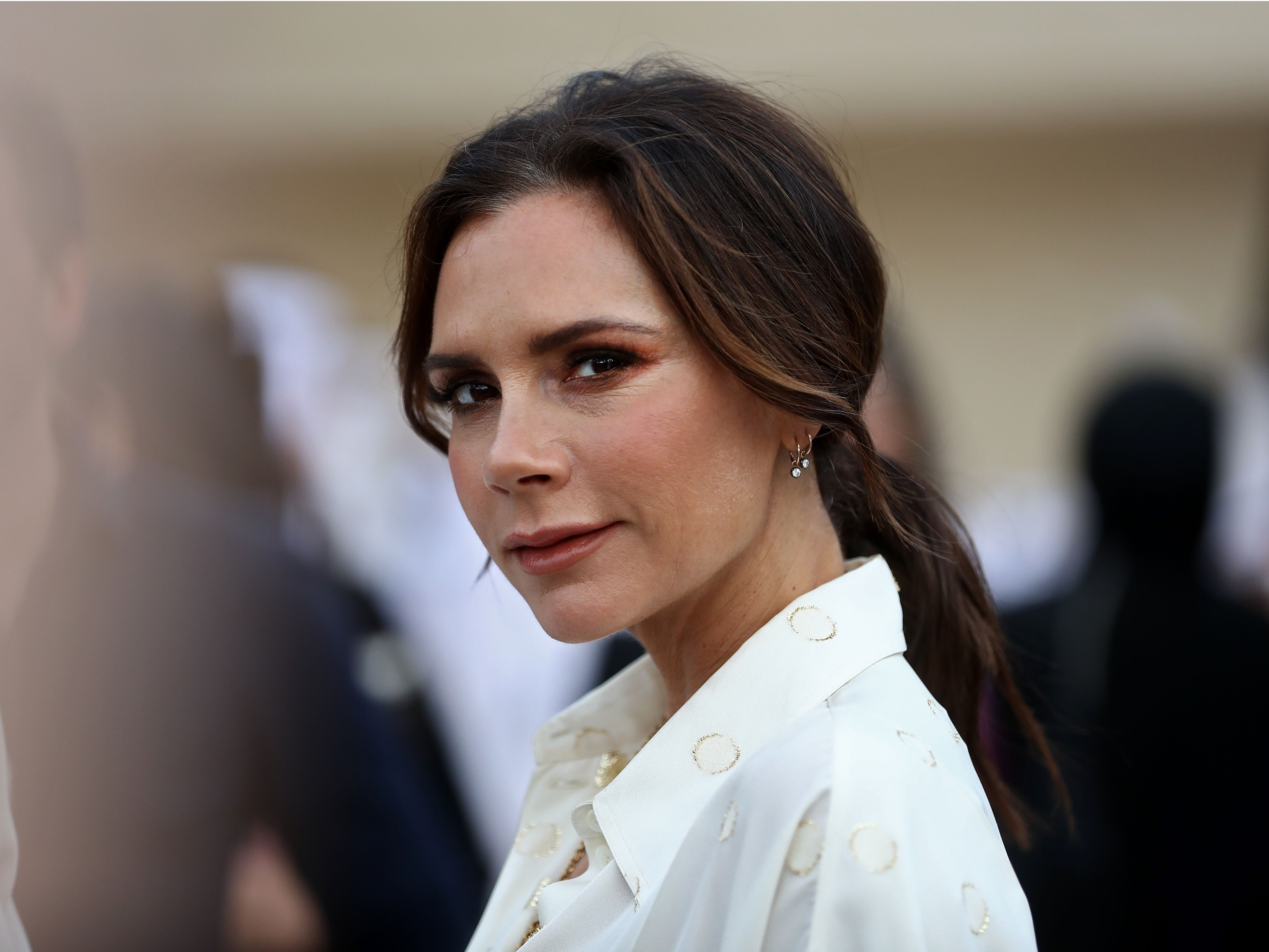 KARIM JAAFAR/AFP/Getty ImagesVictoria Beckham said she was unhappy with her breast implants so she got them removed.

A number of celebrities have opened up about their decisions to go under the knife – and many have gotten real about their breast augmentations.

Several stars have spoken up about regretting getting implants, and some have even had them removed.

Whether they felt the increased size wasn’t for them, or that the implants might impact their health, these famous people enhanced their bust size only to change their minds later.

Heather Morris removed her implants to be more active. 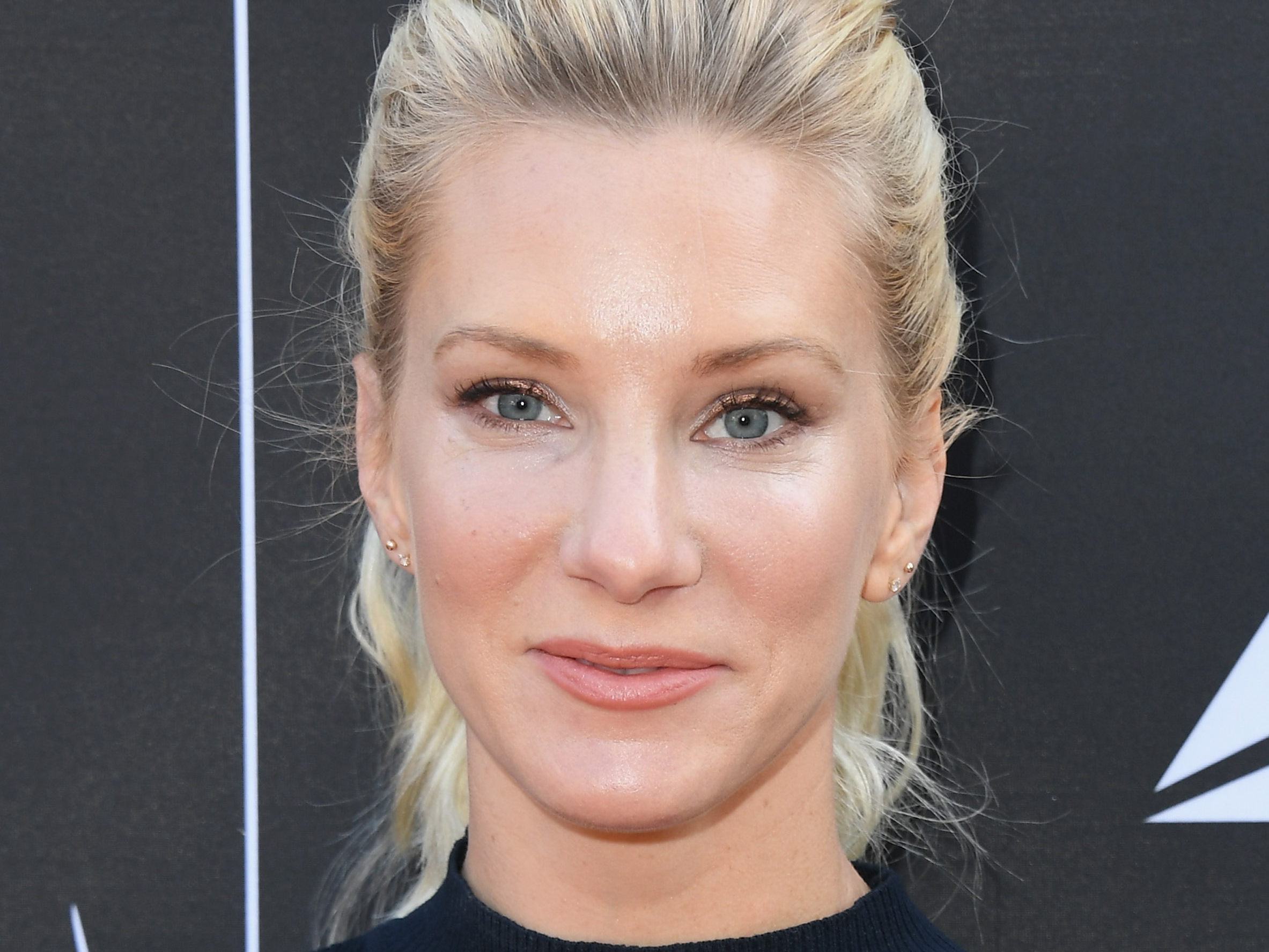 Jon Kopaloff / Stringer/Getty ImagesHeather Morris said her implants could be painful when she was being active.

The “Glee” singer and dancer said she eventually ditched her breast enhancements because she found it too hard to be active while weighed down with implants.

“[They] were something I thought I wanted when I was younger, and now I don’t,” she told Fitness magazine in 2011. “It was hard being active with them, because my chest was always sore. It hurt a lot, and I didn’t like always being in pain, so they had to go!” Joel Ryan/Invision/APVictoria Beckham didn’t like how her implants turned out.

In 2017, the Spice Girls singer told Vogue UK that she had chest advice for her younger self. “Don’t mess with your boobs … just celebrate what you’ve got,” she said, saying that she had enhanced her breasts. But by then, she’d already had the implants removed.

In 2014, she told Allure, “I don’t have them anymore.” She said it wasn’t because they “hurt” her. Rather, it seems Beckham didn’t like the look of how they turned out. According to the New Zealand Herald, she’d previously told Vogue in 2011 that they were “torpedo bazookas.”

Heidi Montag said her implants were so large, they were affecting her health. 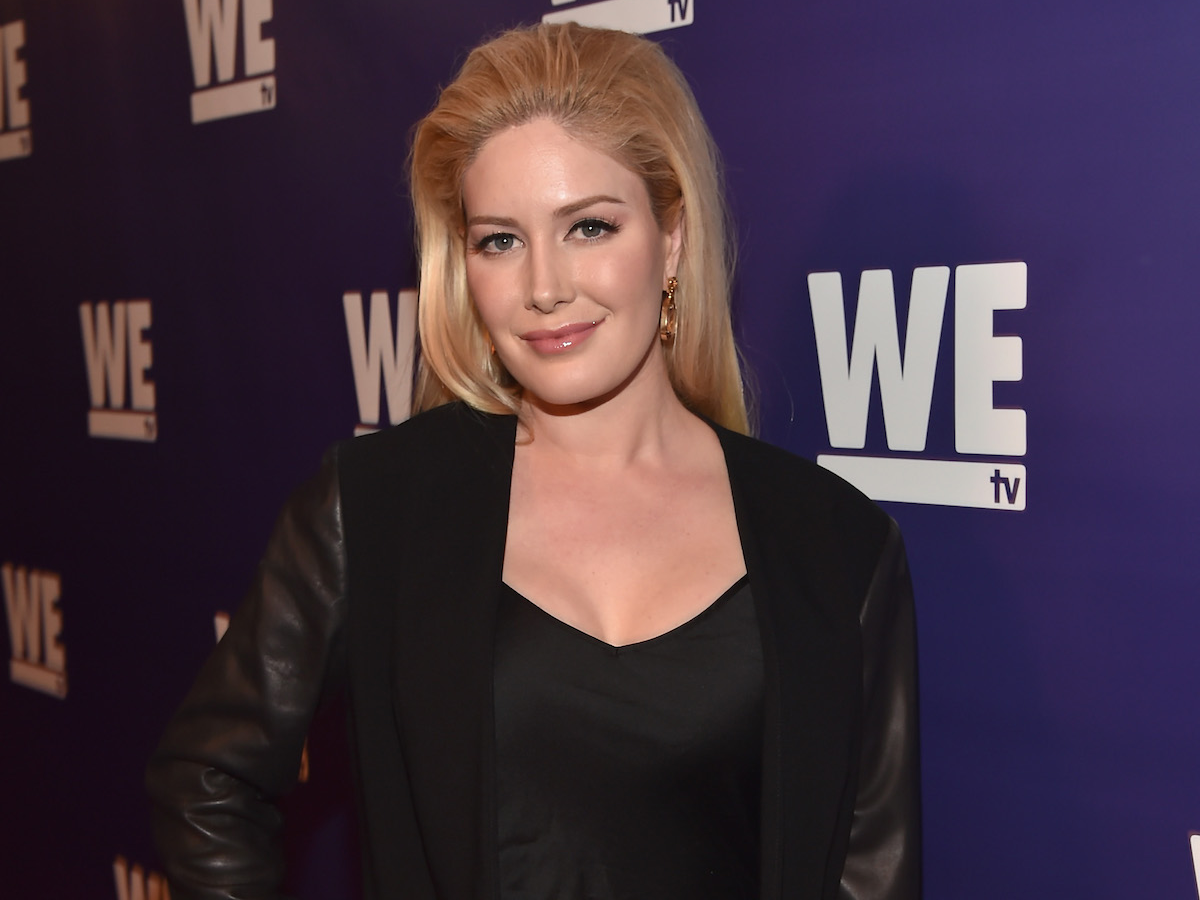 Alberto E. Rodriguez/Getty ImagesHeidi Montag said she had her implants removed for her safety.

The reality star told People magazine that her size F implants were damaging her breast tissue, so she had them removed in 2013 for her safety.

“They were so heavy they were falling through the skin,” Montag said of her implants. “It was just too heavy for my body and I was in pain and uncomfortable all the time. I thought, ‘What do I need this big of breasts for?'” The “Little House on the Prairie” star told Today that she initially got implants because she felt she “wasn’t curvy enough.”

According to ABC News, she got them removed after reading about how implants are supposed to be changed every 10 to 15 years. She’d had hers for 12. But after getting them removed, she decided not to go through the enhancement surgery again, because she felt better without the implants.

“Not only do I feel healthier and better, but I don’t have these inappropriately large breasts that were wrong for my body, kind of getting the way,” she told ABC News. “I sleep more comfortably … and all the pain in my neck has completely disappeared since the surgery.”

Adrienne Bailon said her implants made her feel insecure. BET reported that The Cheetah Girls singer told “The Real” in 2014 that she’d had her breast implants removed because they were making her feel insecure.

She said she’d initially gotten them at age 19 to help her feel less insecure, but it did the opposite.

“You want to feel sexy and womanly and maybe I’ll get bigger boobs. So I did,” she said. “I got my breast implants taken out because I looked crazy. The insecurity was like ‘I don’t have big breasts’ to ‘now everyone is looking at my breasts.'”

Sharon Osbourne said one of her breast implants started leaking. 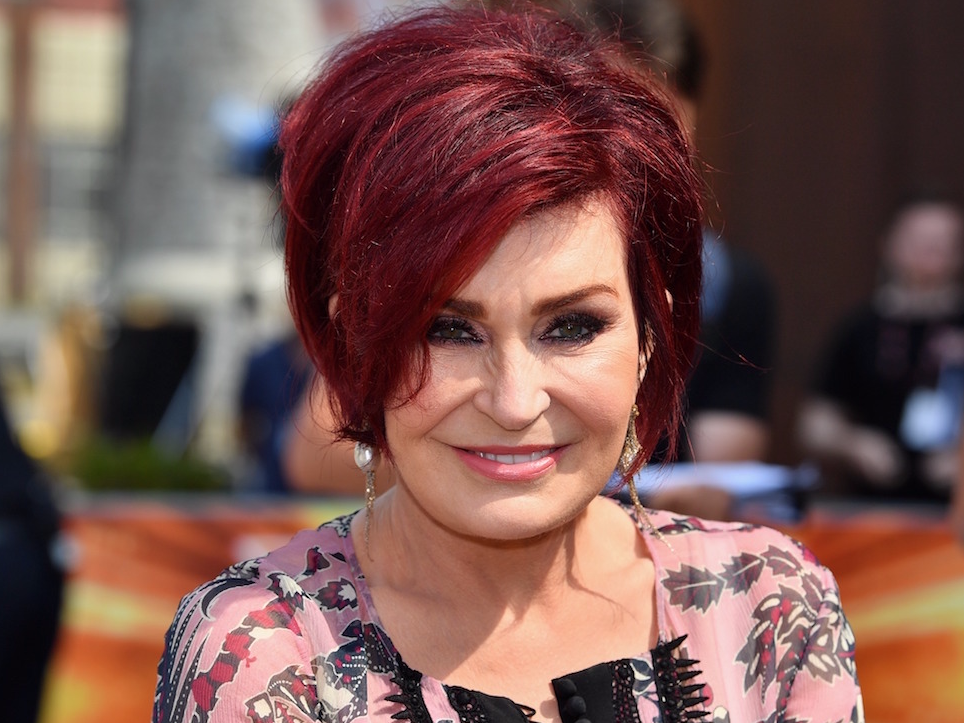 In 2011, Osbourne had a health scare related to her implants. “One morning I woke up and one of my boobies was kind of much longer than the other,” she said on “The Talk,” according to People magazine. She said the doctor told her one of the implants had leaked into her stomach, so she had them both removed. “I don’t feel like I have a water bed laying on my chest anymore,” she said.

Crystal Hefner said that her implants “poisoned” her. 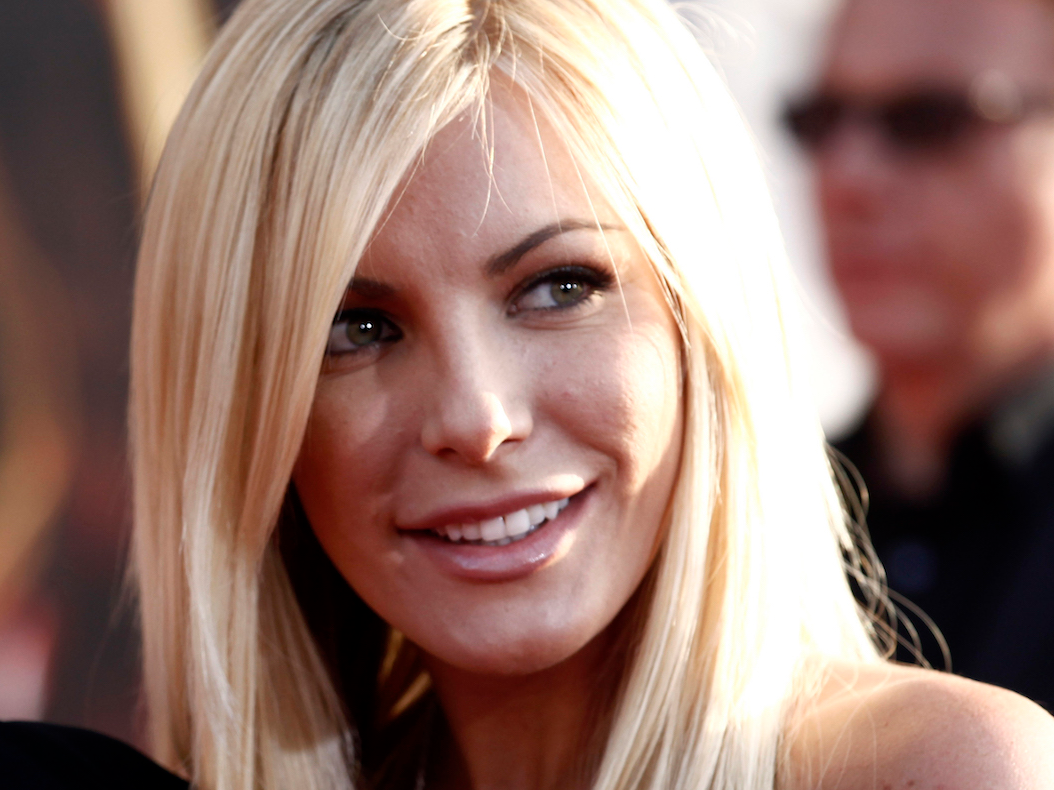 The late Hugh Hefner’s wife posted a lengthy Facebook post in 2016 about having her implants removed. She believed they were causing her health to decline and claimed that they “slowly poisoned” her.

Among the symptoms she claimed were caused by the implants were “unexplained back pain, constant neck and shoulder pain, cognitive dysfunction … low immunity, recurring infections and problems with my thyroid and adrenals.” She had them removed after eight years.

Other people with implants have said they have experienced similar symptoms of breast-implant illness but the medical community does not currently recognise it as a condition.

Yolanda Hadid has removed all her bodily enhancements. Getty/Rob KimYolanda Hadid said she had silicone leaking into her body.

The “Real Housewives of Beverly Hills” star got her implants removed during an episode of the reality show because she had silicone leaking into her body, according to Harper’s Bazaar.

In early 2019 she posted to Instagram that she’s had all of her enhancements removed, including implants, fillers, and extensions.

“Your health is your wealth so please make educated decisions, research the partial information you’re given by our broken system before putting anything foreign in your body,” she wrote to her Instagram followers.

Pamela Anderson said she didn’t like the way hers looked. In 1999, the “Baywatch” star said she decided on a whim to have her implants removed, according to the New York Post.

“Just having these large breasts was, it just didn’t feel right anymore. I just didn’t feel like it looked very good. I was really kind of being self-conscious of it,” she told “Entertainment Tonight,” according to the NYP.

“There were no medical problems,” she said, though she added that one of them was found to have a leak in it.

Michelle Visage said her Hashimoto’s Disease diagnosis led her to get hers removed. “RuPaul’s Drag Race” judge Michelle Visage said that after she was diagnosed with Hashimoto’s Disease, an autoimmune disorder that affects the thyroid, she decided to get her breast implants removed.

“I feel strong and healthy and for the first time,” Visage told People magazine. “I feel like I am doing something to regain and reclaim my life and health. I want to be here for a long time to be with my children, my husband and to see my grandchildren. And my breast implants were certainly impeding my chances of that.”

As People noted, breast implants have not been directly linked to autoimmune diseases and Visage’s doctor did not recommend the removal, but she still felt like removing them was a way to take back her health.

“If you think about it, your immune system fights off invaders, and the biggest invaders in my body are two giant blobs of silicone,” she told People. “My autoimmune disease could be triggered by these invaders. So they needed to come out.”

Stevie Nicks said she feels breast implants are not safe. Kevin Winter/Getty ImagesStevie Nicks’ implants were reportedly ‘totally broken’ by the time they were removed.

“Like cocaine, the whole world was getting them back then, and everyone was told they were safe,” Nicks told People magazine. “But I’m living proof that they aren’t safe.”

Nicks said that upon removal, doctors found that they were “totally broken.”