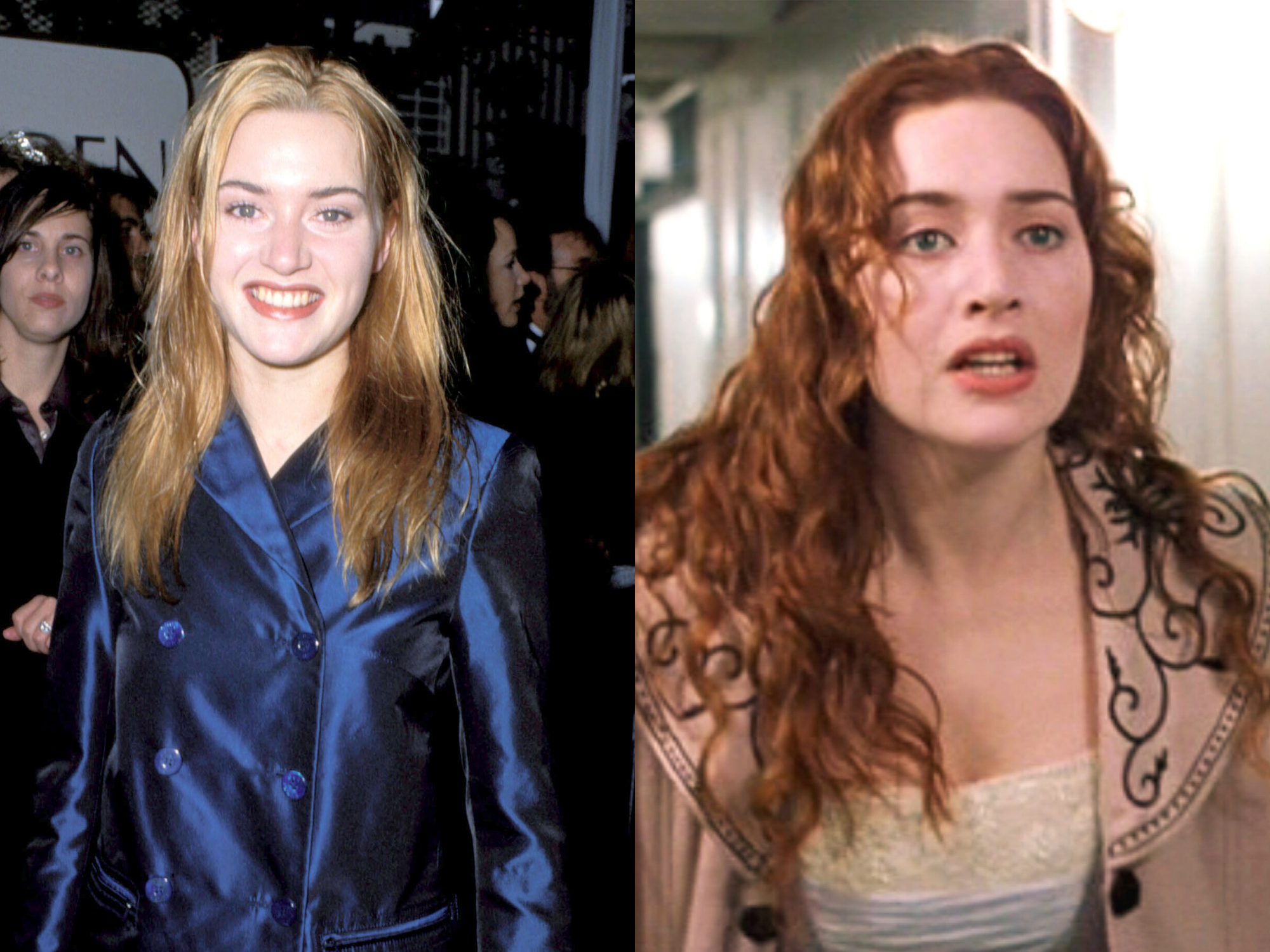 While plenty of celebrities have dyed their hair blonde since entering Hollywood, other stars have taken the opposite route.

Many celebrities including Cynthia Nixon, Cole Sprouse, and Sofia Vergara dyed their hair a different shade to expand their acting opportunities.

Others did it to feel more like themselves, surprisingly enough.

Here are 18 celebrities you might not know are naturally blonde.

Emma Stone may be famous for her fiery red locks, but she’s actually a natural blonde. 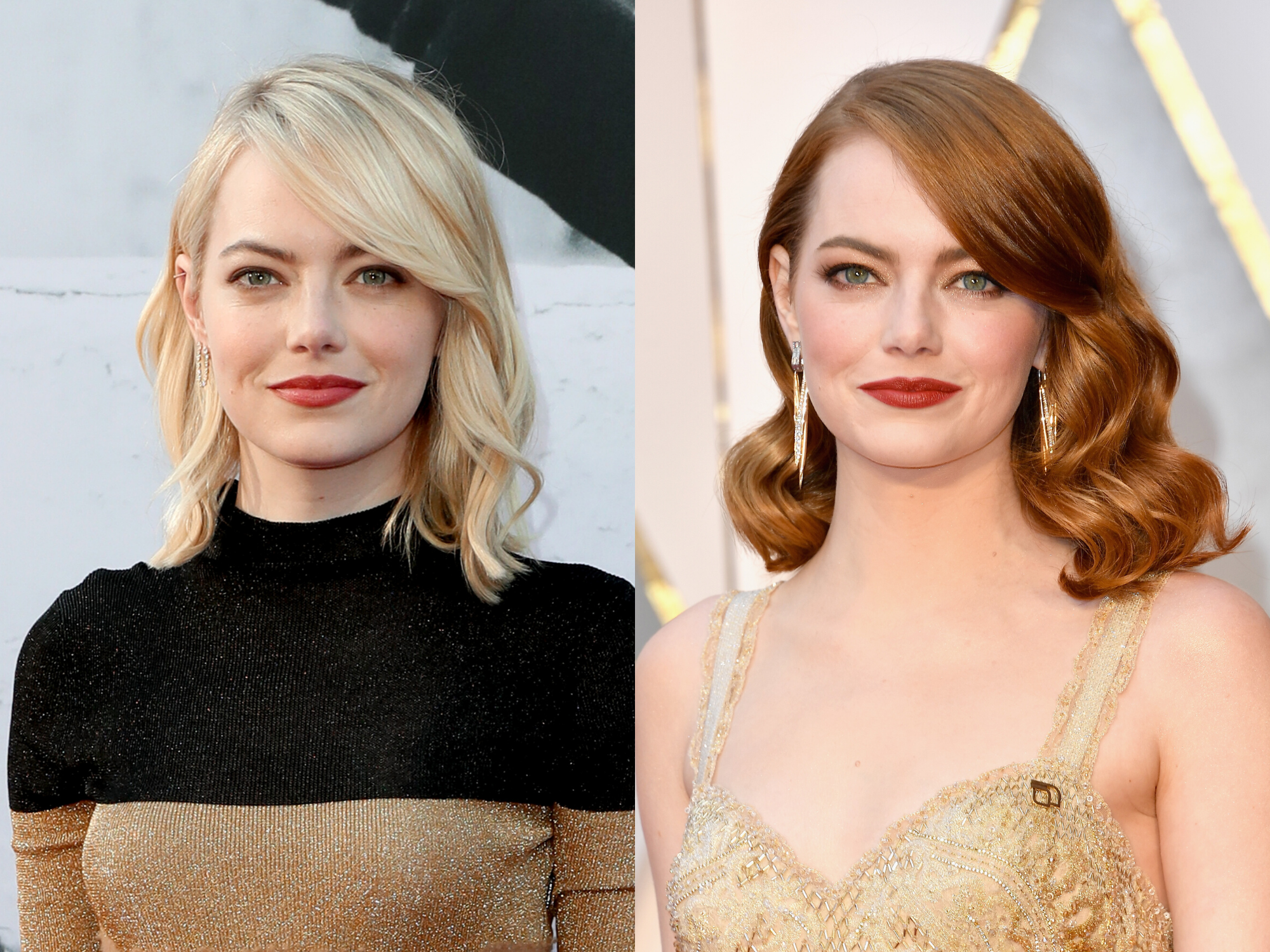 Angelina Jolie has had dark hair for most of her film career but was born blonde. 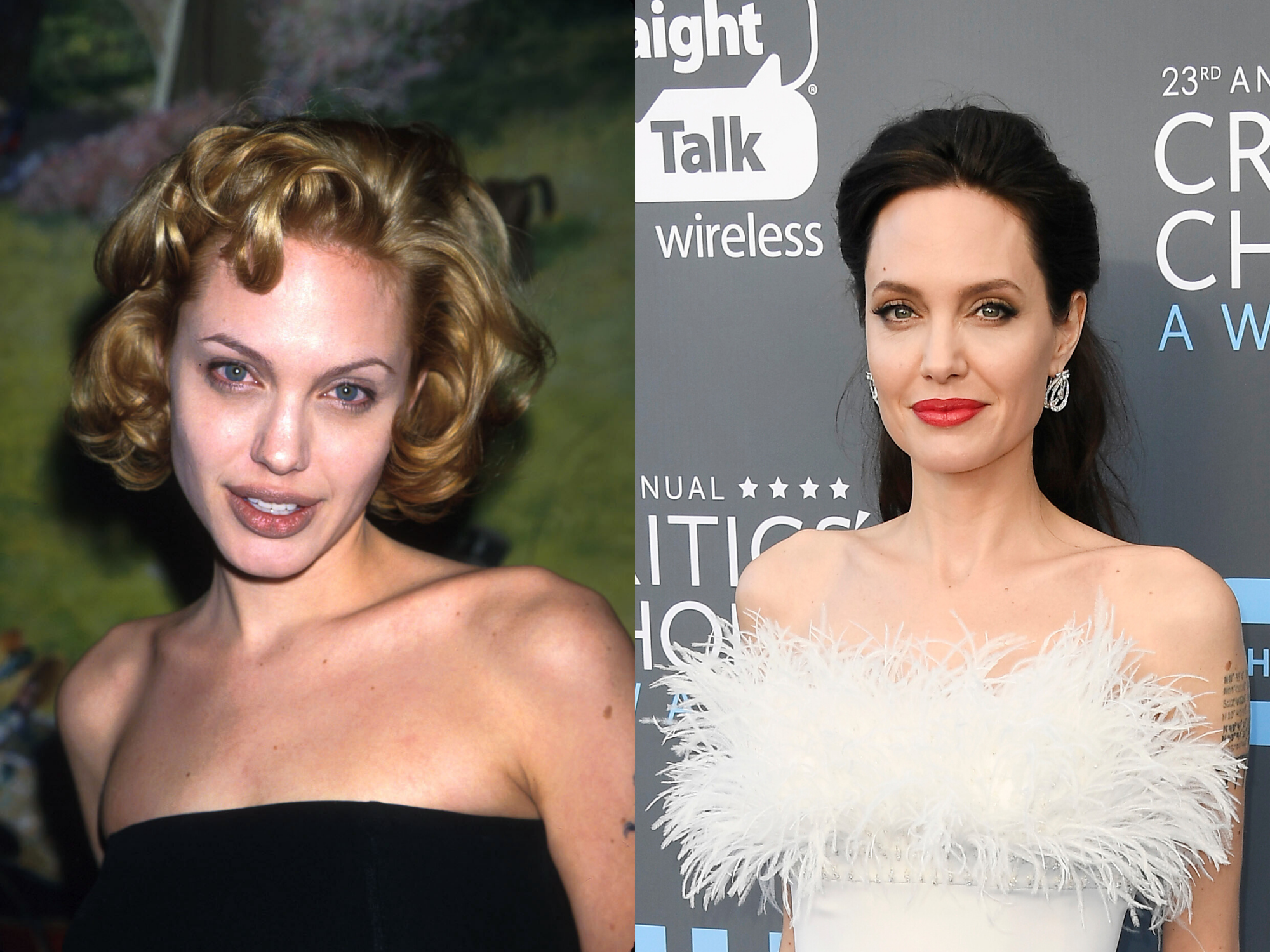 Jolie has reportedly said her mother was the first one to dye her hair dark.

“My natural colour is dark blonde. But when I was 4 or 5, my mother dyed my hair dark brown, and she decided to keep it that way. And I stuck with that,” she said.

Leighton Meester is a natural blonde, but dyed her hair to play queen bee Blair Waldorf on “Gossip Girl.” Josh Schwartz, co-creator of “Gossip Girl,” told The Hollywood Reporter that they asked Meester to dye her hair darker when she auditioned in order to differentiate her character from bubbly blonde Serena.

“Leighton was a blonde when she came in to read, but Blake was the blonde, so we asked her to colour her hair,” he said. “A risky move on her part in the middle of pilot season, but she did a sink-rinse dye job to audition as a brunette.” Taylor joked to Glamour about having to constantly keep up with his darker look.

“When my roots come in, it starts to look like my hair is levitating off of my head,” he said. “Because it’s so light underneath, I’m like, ‘Is my hair falling out? Oh no, I’m just blond.'”

Amy Adams has been a redhead throughout her career, but her natural hair is a lot lighter. 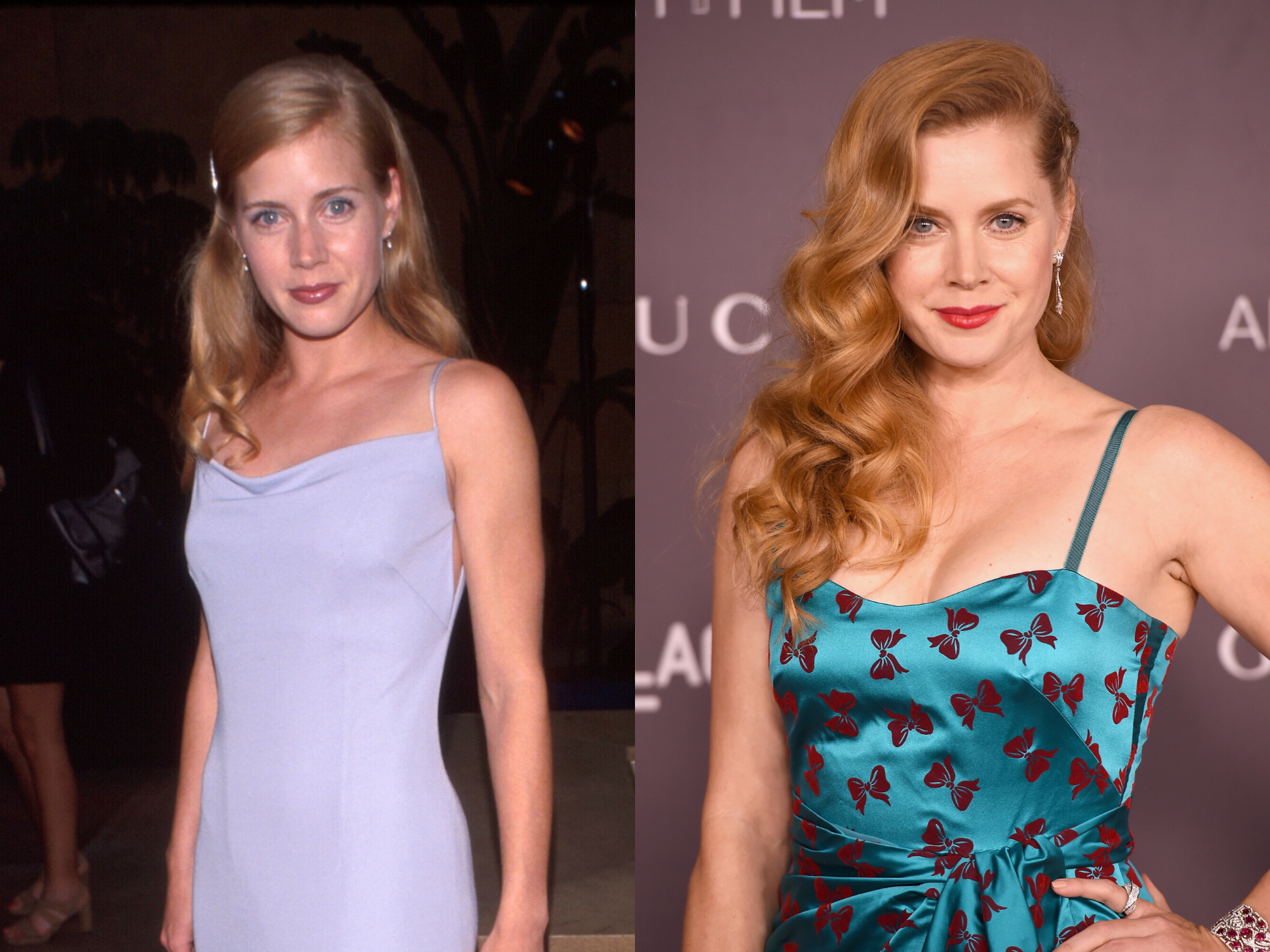 In an interview with the New York Times’ TimesTalk, Adams said dyeing her strawberry blonde hair a darker shade of red helped her get better roles.

“Based on roles that I was getting called in for, people were responding to certain types of characters with me as a blonde and the minute I went red, it was quirky and fun instead of flirtatious and dumb,” she said. 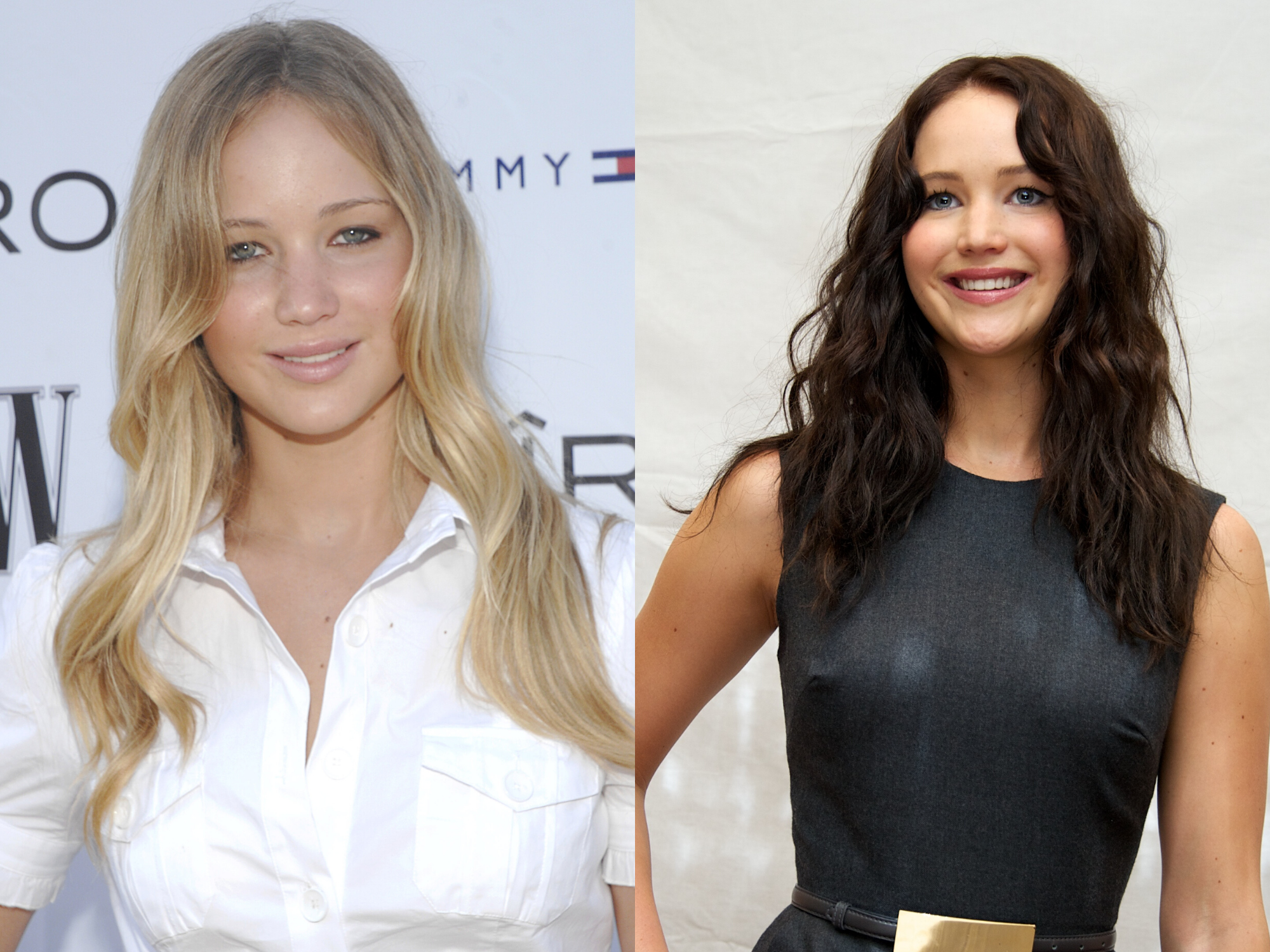 Since the series ended, however, the star has since gone back to blonde.

OG fans of the “Riverdale” heartthrob might know that Cole Sprouse’s hair is naturally blonde. 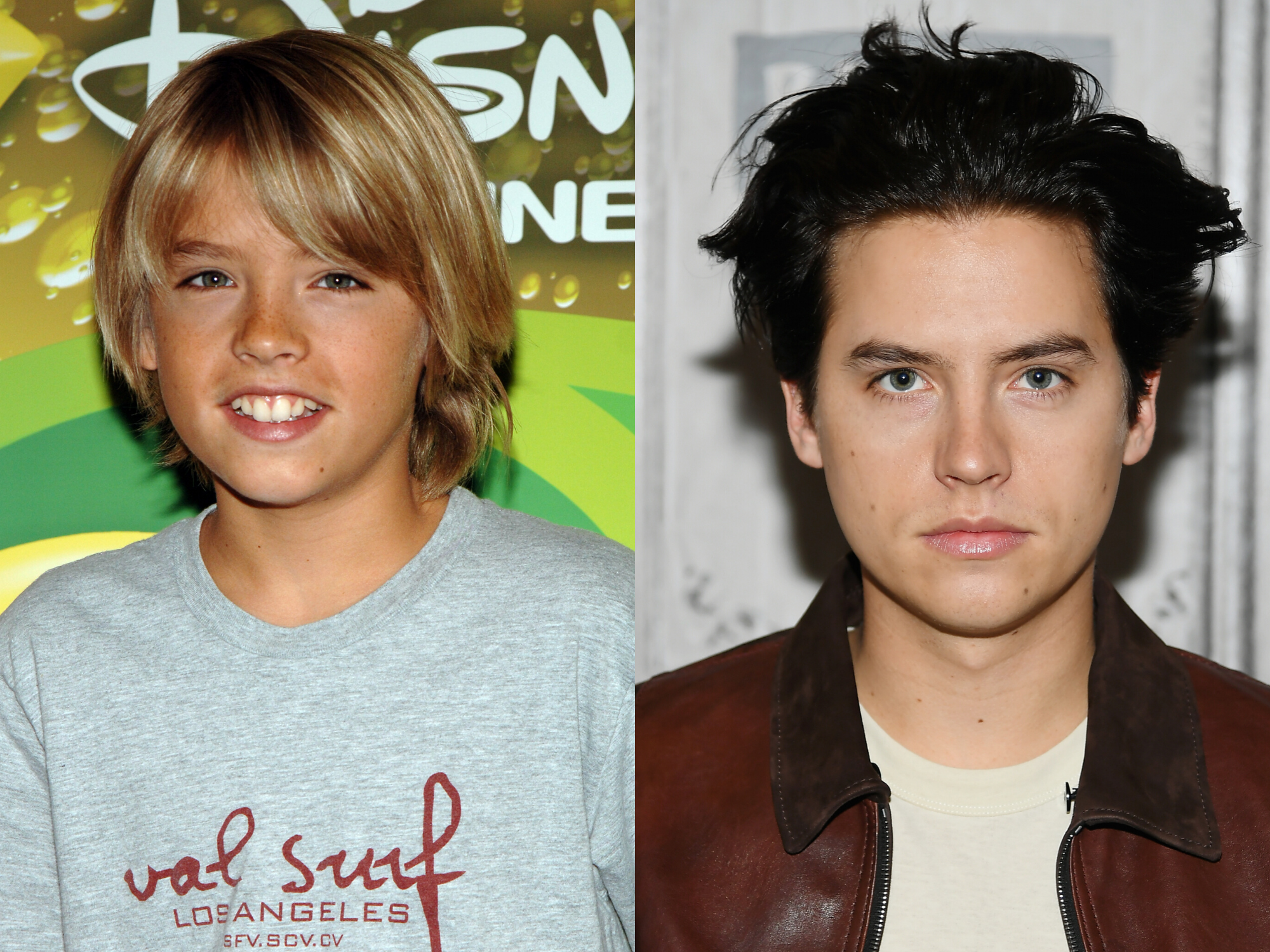 When Sprouse got his start on the Disney Channel’s “The Suite Life of Zack and Cody” alongside his twin brother Dylan, his hair was much lighter. He later dyed his hair to play Jughead Jones on “Riverdale.”

Sprouse spoke to Glamour in 2017 about his dramatic hair transformation to play Jughead.

“I do it every two weeks or so. It’s not bad,” he said. “I’m fitting into it a little more. I miss the blond, but people tell my brother and I apart more easily now, so that helps.” “I’m a natural blonde, like my siblings,” she told Parade in July 2011. “When I started auditioning for American acting roles, they didn’t know where to put me. A blonde Latina? In LA, they’re used to Latin women looking more Mexican. But if you go to Uruguay, Argentina, Colombia, everybody is blonde.”

Kristen Stewart has been both blonde and brunette over the years, but her natural colour is dirty blonde. Stewart’s natural hair colour can be seen in her first high-profile movie, “Panic Room” with Jodie Foster, when she was just 12 years old.

Mandy Moore was born with sandy blonde hair, though you might have thought she was actually a brunette. 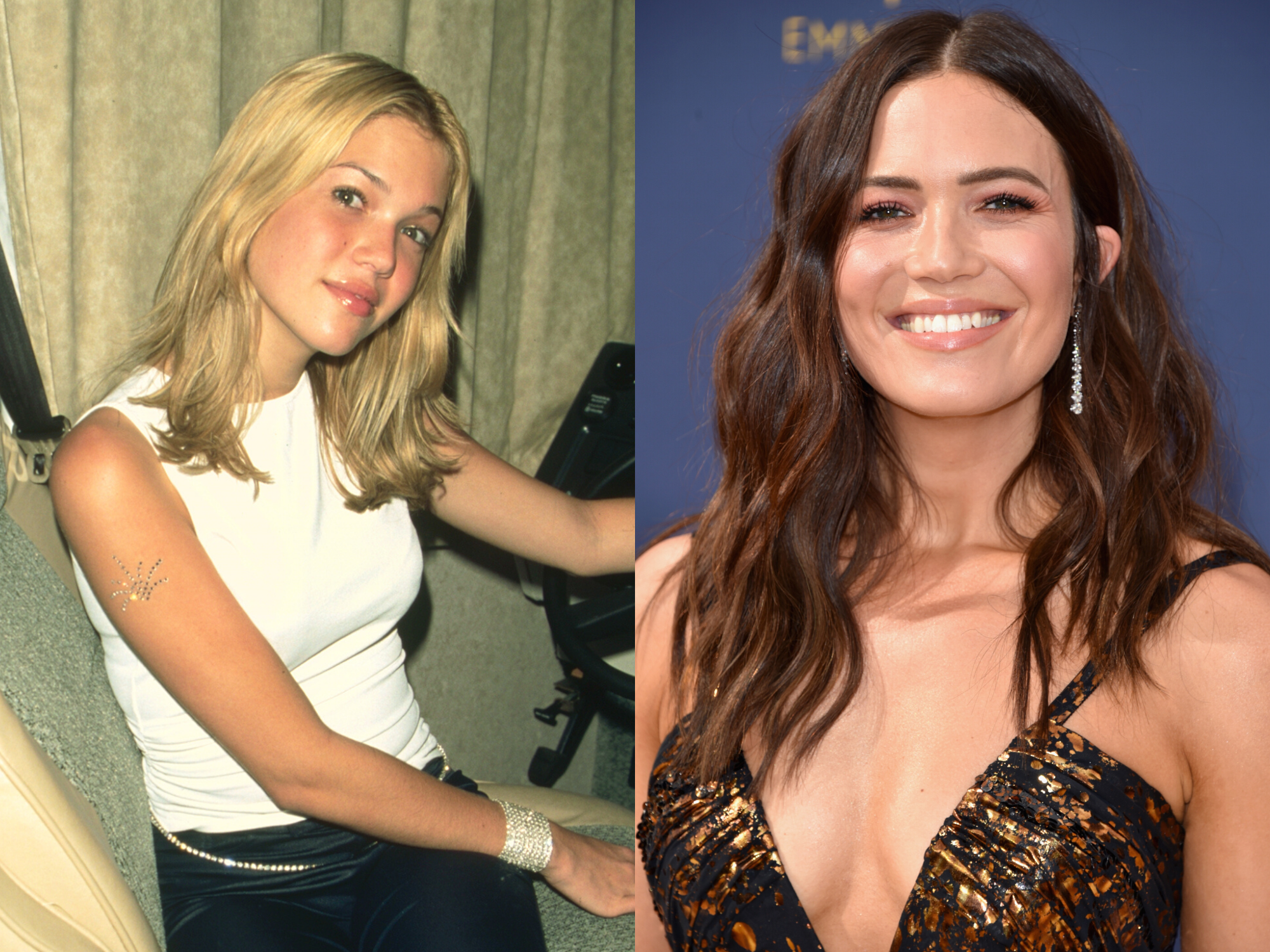 Moore told Entertainment Weekly she dyed her hair to get into character for her role in “A Walk to Remember,” which would launch her acting career. “I’m a natural blonde, but I feel like a brunette,” she told Bang! Showbiz. “I feel people treat me now how I should be treated. People used to be shocked when I was a blonde that I wasn’t stupid.”

When Katy Perry first came onto the scene, she had black hair. However, she was born a blonde. 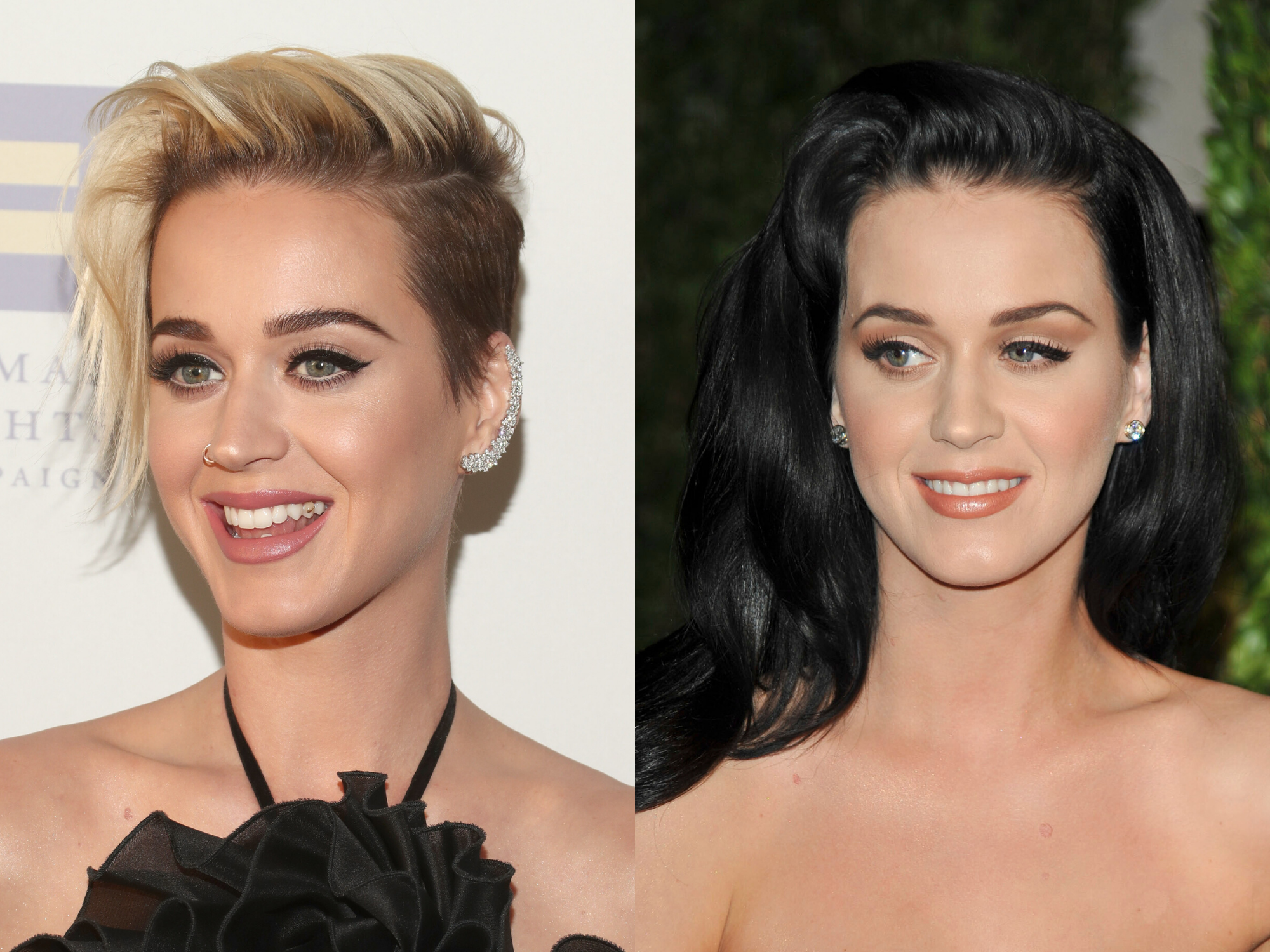 “I’m naturally the most boring dishwater squirrel brown. So I’ve been playing with colours since I was 15,” she told Glamour. 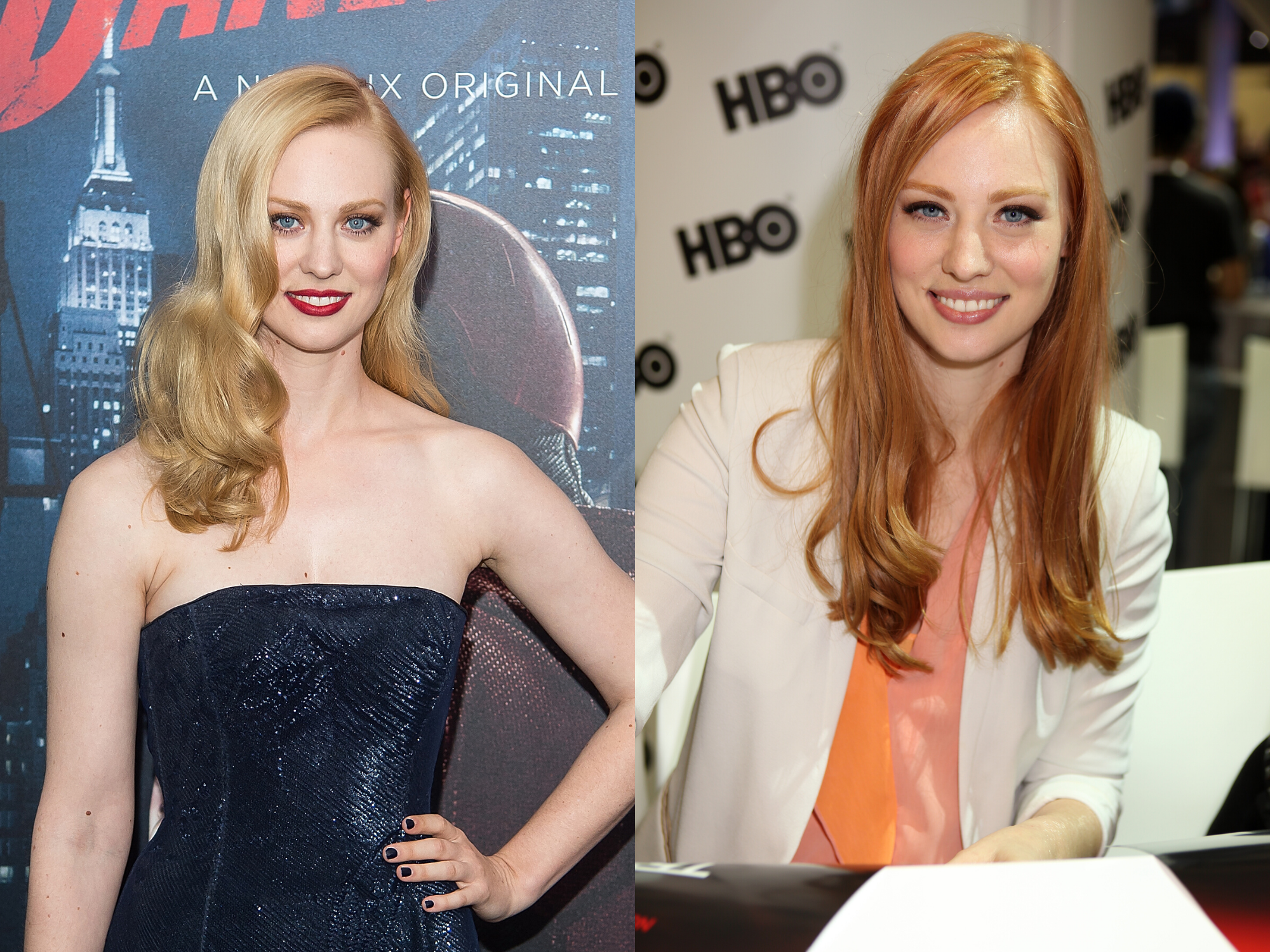 “As a fair-skinned blonde, I disappeared into the background,” she told Elle in 2009. “I’ve always been a loner, so I suppose dyeing my hair red was a way to say, ‘I’m here, I exist, I’m a human being and you can’t just push me aside.'”

Eddie Redmayne has dark hair now, but his natural hair is lighter. Redmayne’s hair is a strawberry blonde colour, but he dyed it soon after entering the film industry.

Kate Winslet dyed her hair red to play Rose in “Titanic” but is a natural blonde.

Dyeing her hair flaming red wasn’t easy, however, especially when she was in the water so much.

Winslet told InStyle, “It was quite damaged from all those water scenes and from re-dyeing it red so many times.”

Winslet dyed her hair lighter soon after the Hollywood blockbuster was released.

Ariel Winter wore her hair black while acting on “Modern Family,” but she’s a natural blonde. 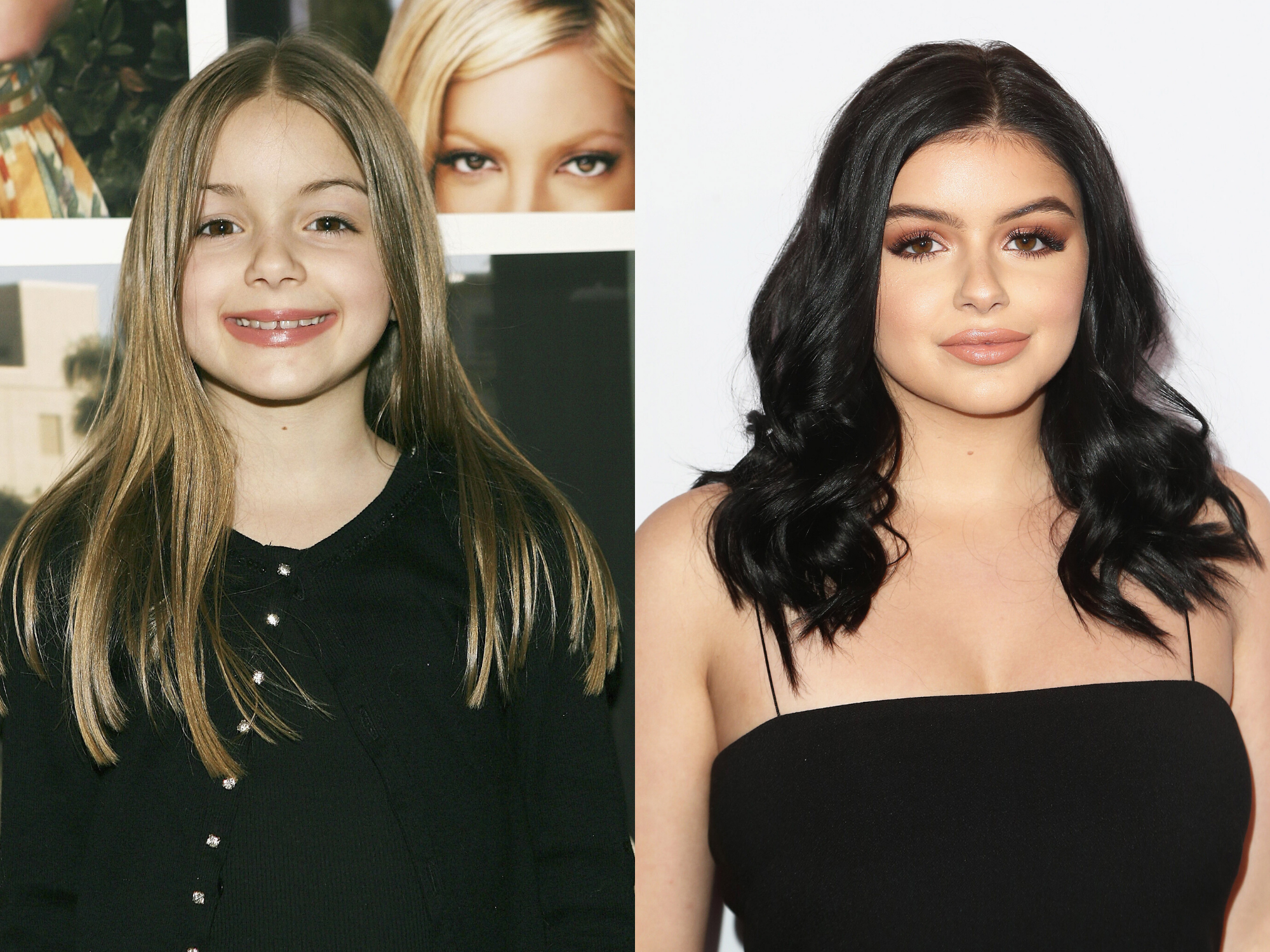 “I have dirty blonde hair and really dark eyebrows and dark eyes,” she told People. “I’ve dyed it so many times in the past so really the most important thing for me with my hair now is trying to keep my hair healthy.” Brad Pitt has arguably been a hair icon since he first hit screens in the 1980s, but you might not know his natural colour is sandy blonde.

Cynthia Nixon of “Sex and the City” is also a natural blonde who dyed her hair red for a role. “[I’m] not a redhead. [I’m] a natural blonde. A little enhanced at the moment, but a natural blonde,” she told TODAY in 2015. “Kim [Cattrall] and Sarah [Jessica Parker] were blonde, so we wanted to mix it up a little. Then it became like an emblem for the character – she’s so fiery; she’s a redhead.”