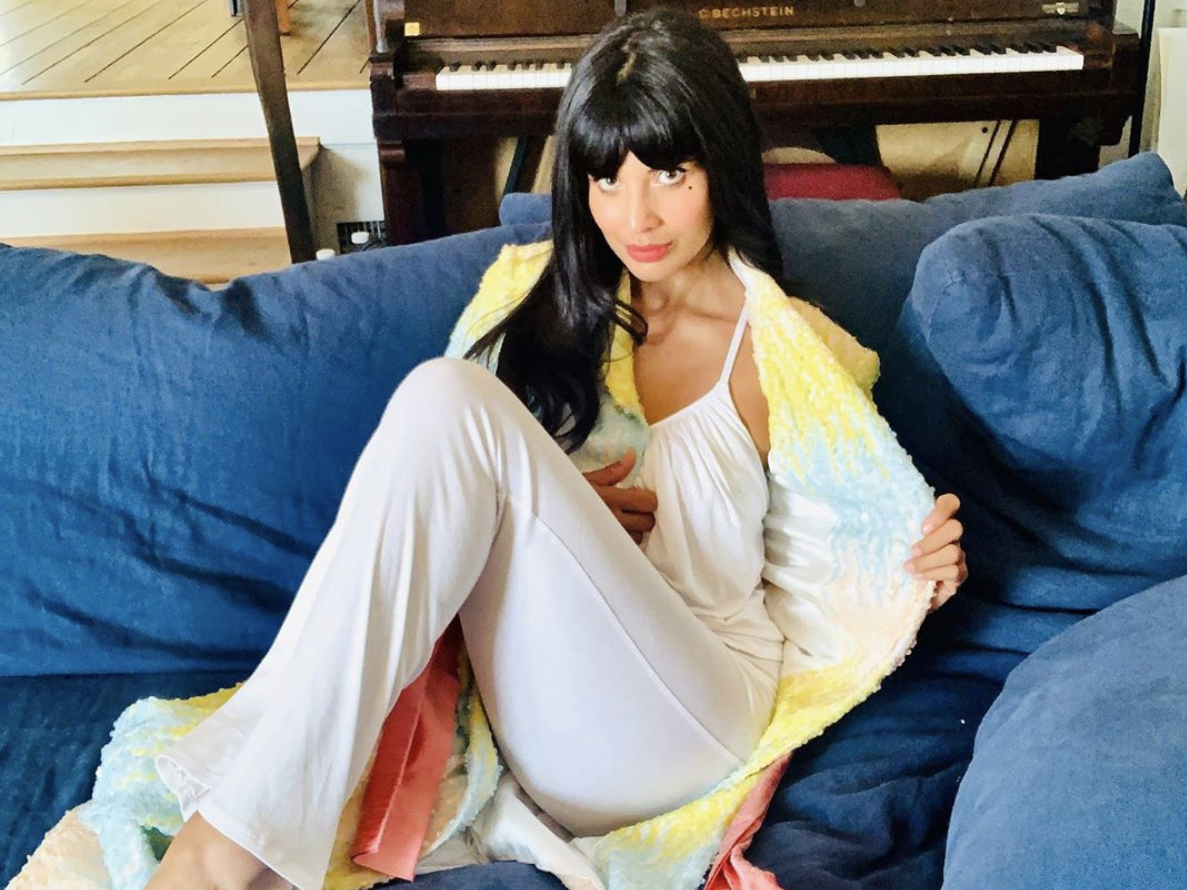 The 72nd Emmy Awards were held virtually for the first time in history on Sunday â€” and some celebrities attending from home dressed accordingly.

Of course, some stars wore glamorous gowns and sleek suits. Others, however, mixed sleepwear with red-carpet fashion, and included pajamas in their Emmys attire.

From Jennifer Aniston to Jameela Jamil, here are the celebrities who wore pajamas before and during the show. 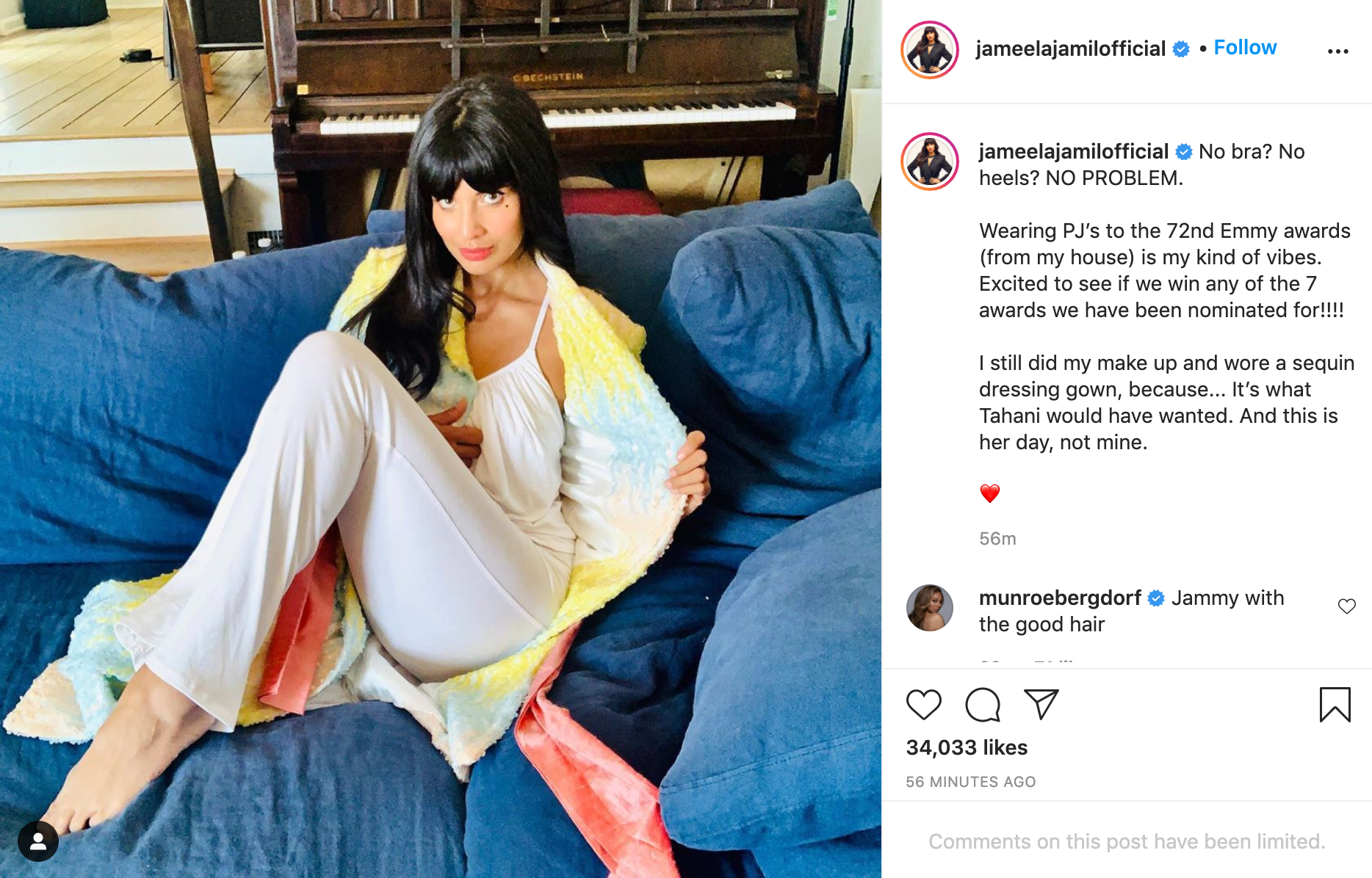 On Instagram, the actress said she wore no bra underneath her white, JJWinks pajamas. Her sleeveless top retails for $US75, and her matching pants cost $US65.

She also ditched shoes, and added a long-sleeved, Markarian dressing gown with yellow, blue, white, and pink sparkles on top. Jamil added that the latter garment was inspired by her “The Good Place” character, writing: “It’s what Tahani would have wanted. And this is her day, not mine.”

Jennifer Aniston shared a snapshot of her $US665 sleepwear ahead of the show on Instagram. 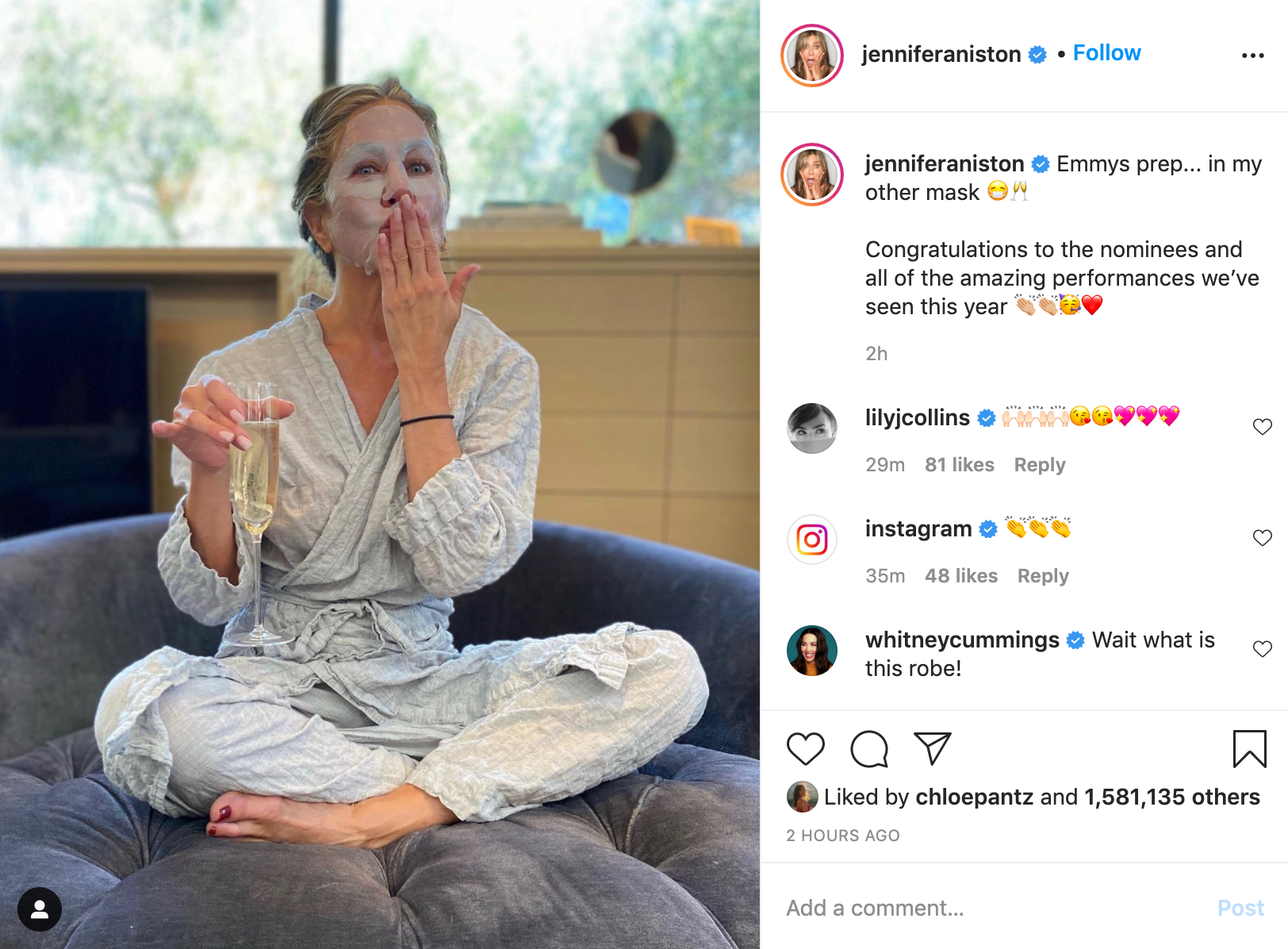 Both pieces are sold out, though “the robe is available for preorder in light blue, and the pajama set is also available in the same colour” at the time of writing, according to Fernandez. 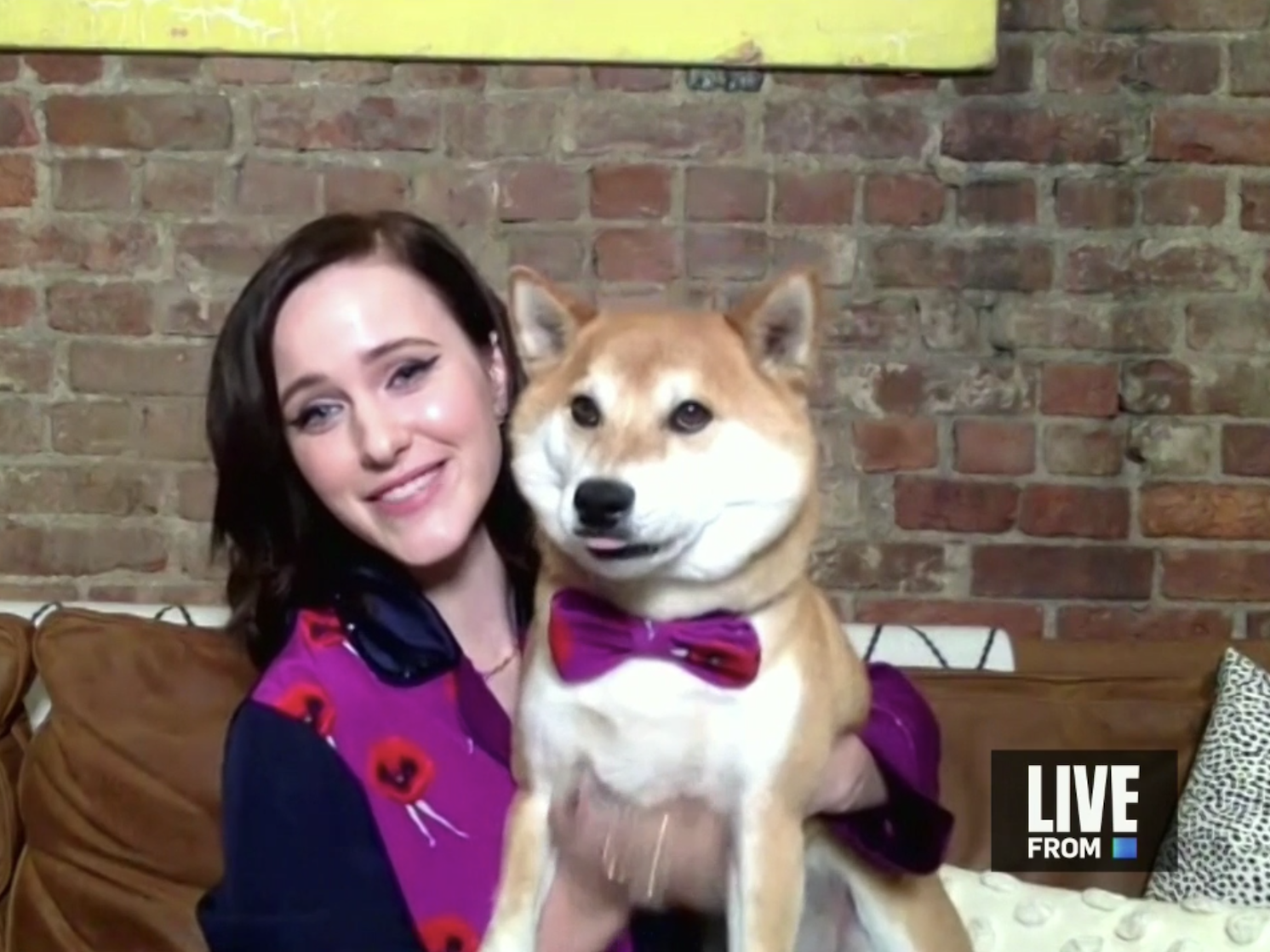 Speaking to Variety, Jill Lincoln and Jordan Johnson, Brosnahan’s stylists, said they “had so much fun” putting together this year’s sleepwear-inspired look because “it’s kind of the same hat” and “trying to reinvent the wheel” for typical red carpets.

“This year we got to really just be playful with it,” Johnson said.

Mark Duplass, who stars in “The Morning Show,” mixed a tuxedo jacket with pajamas. 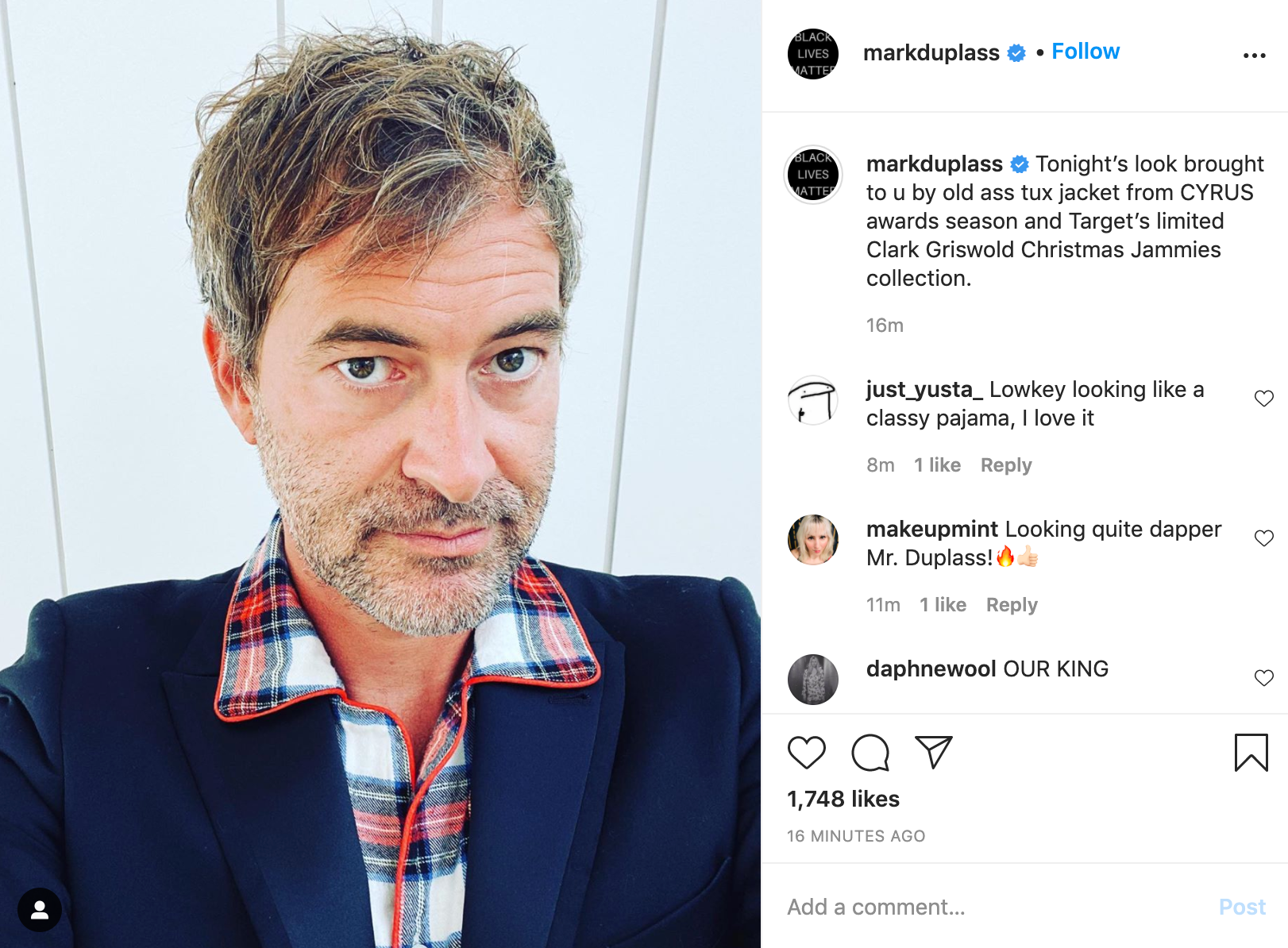 Mark Foster donned a red, tiger-print robe to support his wife Julia Garner, who won outstanding supporting actress in a drama series for her role in “Ozark.” 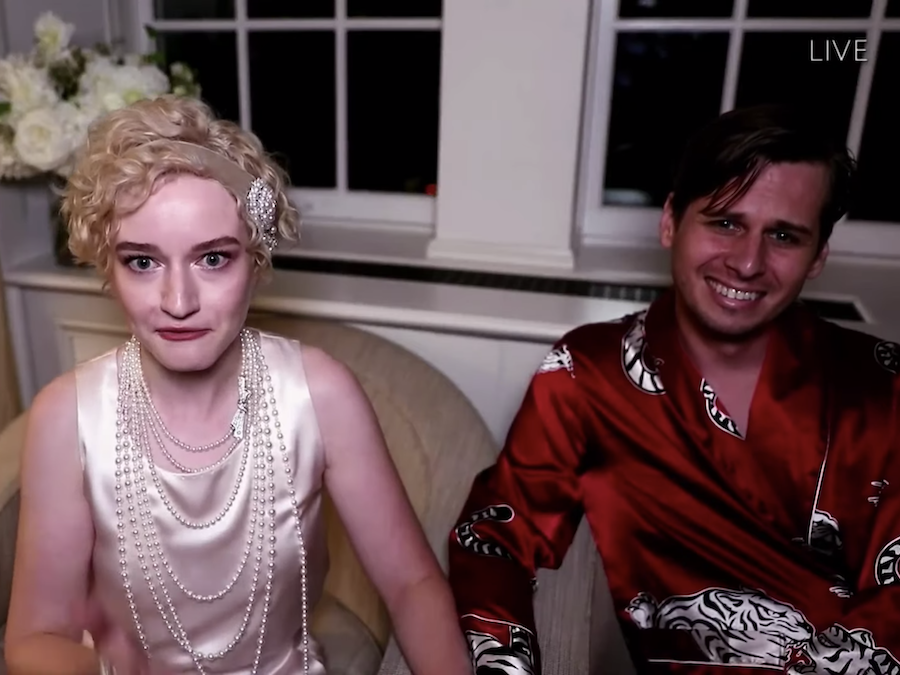 Garner, on the other hand, rocked a ’20s-inspired look that included a shiny, sleeveless dress, layers of pearls, and a matching, pearl-encrusted headband. 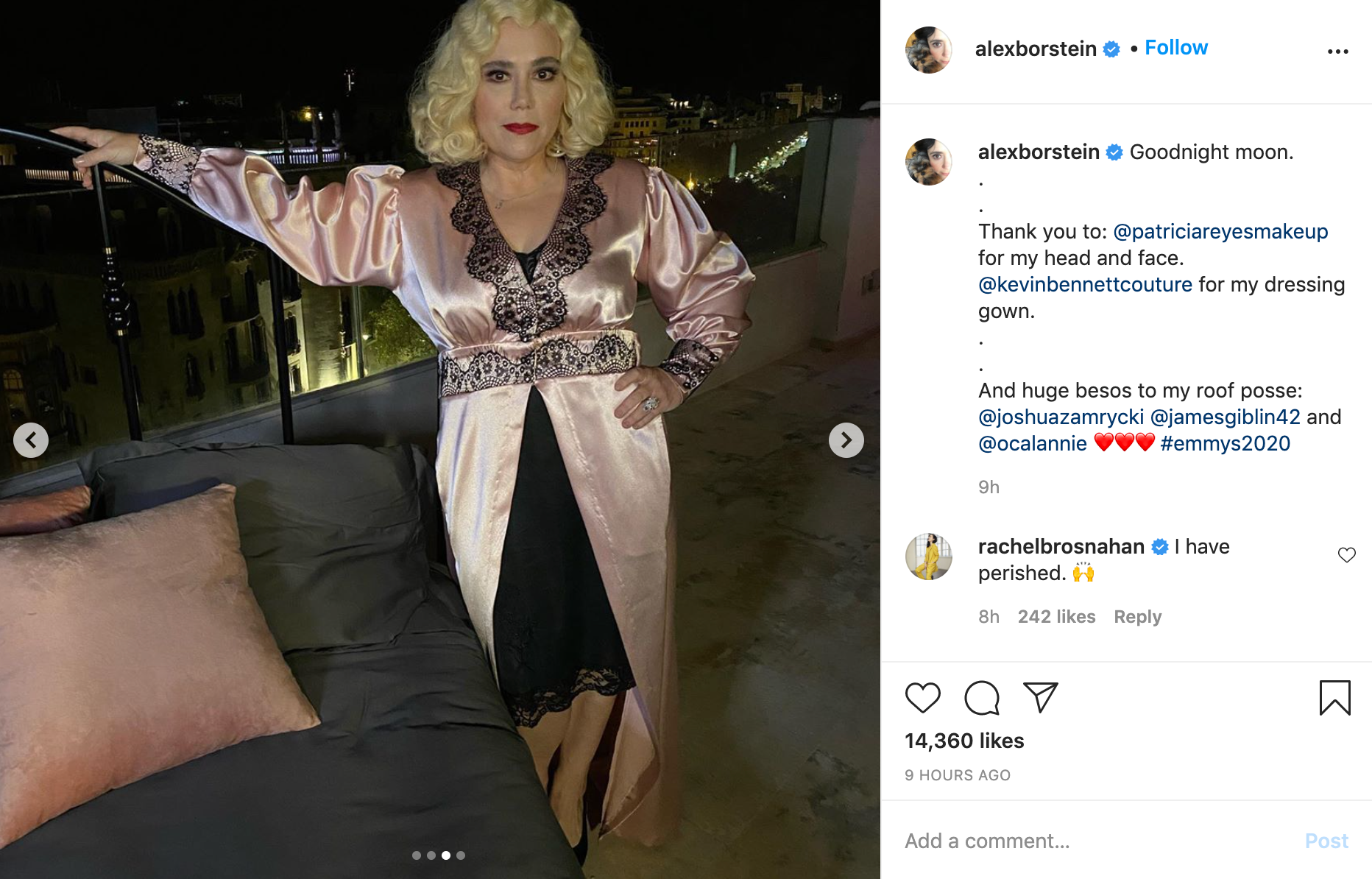 Nominated for outstanding supporting actress in a comedy series, for her role on “The Marvellous Mrs. Maisel,” Borstein shared four Instagram photos of herself seemingly lounging on a bed during the Emmys broadcast.