The six-time Emmy Award winner was diagnosed with stage 4 pancreatic cancer last year. The official “Jeopardy!” Twitter account confirmed he passed away on Sunday morning “surrounded by family and friends.”

Jeopardy! is saddened to share that Alex Trebek passed away peacefully at home early this morning, surrounded by family and friends. Thank you, Alex. pic.twitter.com/Yk2a90CHIM

In his 35 years hosting the show, Trebek became a nightly staple on televisions across the world. Immediately after his passing was announced, celebrities shared their condolences on social media for the legendary host.

RIP Alex Trebek. A true, true gentleman and courageous hero. May flights of angels sing thee to thy rest ???? pic.twitter.com/autbyxnlcs

Actor Ryan Reynolds recalled Trebek being “gracious and funny” when he shot a cameo for a movie last year.

Alex Trebek was kind enough to film a cameo for our film Free Guy last year despite his battle. He was gracious and funny. In addition to being curious, stalwart, generous, reassuring and of course, Canadian. We love you, Alex. And always will.

“Lovecraft Country” star Courtney B. Vance called Trebek “one of the most beloved tv hosts” in his lifetime.

What is: One of the most beloved tv hosts in my lifetime? #AlexTrebek Bless you for fostering a love of learning, your consistent spirit of excellence, and for generously sharing your life with us for more than 30 years. I will forever be your fan. pic.twitter.com/OBbdEP3cXD

He left the world a better place. Thank you, Mr. Trebek. https://t.co/6rBHazwd5c

Alex Trebek, you brought us so much knowledge, both important and fun, through the years. Your final battle with cancer was heroic, and we are heartbroken that it has taken you from us. I’ll take “Great TV Personas of Our Time” for $800. The heavens have all the answers now.

Alex Trebek was like a family member who I watched every night. I remember going to the set to watch him tape a show before I started my TV career. He was a big influence and one of a kind. Rest In Peace, Alex. https://t.co/B9wq95uRg4

Former New York Giants player and television host Michael Strahan posted a photo with the television host, whom he called “one of the sweetest souls.”

RIP to one of the sweetest souls I ever had the chance to spend time with, who was always funny and kind. RIP Mr. Trebek! Love and prayers to Jean and the family!❤️???????? pic.twitter.com/Q22wqeatzt

Couldn't we have one nice weekend? A kind gentleman whose excellence was so consistent, it was easy to take for granted. Rest well, Mr. Trebek. https://t.co/Zq7RN6kSKk

Alex Trebek hosted Jeopardy for 36 years. What an incredible career and remarkable life. I’m sending love to his family and fans.

“Top Chef” host Padma Lakshmi said Trebek made her feel like her “nerdiness was valuable” during her childhood.

I’m so saddened that Alex Trebek has passed. Growing up, he made me feel like my nerdiness was valuable and I loved learning from watching jeopardy. It was our family’s nightly pleasure. https://t.co/MQLfQz6Fa1

Singer Charlie Puth said Trebek’s voice on the nightly show was “the soundtrack” of his life.

My heart is heavy hearing of Alex Trebek’s passing. The soundtrack of my life was hearing his voice every night at 7pm. There will never be a host quite like him ever again. God bless him and his family. And may his legacy forever live on. (Insert final Jeopardy music here.) pic.twitter.com/Qz61Bkamet

Music artist John Legend said he was “obsessed” with the show.

I was obsessed with Jeopardy as a nerdy kid growing up in Ohio. I’ve loved and revered Alex Trebek since I can remember. What an iconic career. RIP Alex Trebek.

Justin Trudeau, the prime minister of Trebek’s native Canada, called the host an “icon” and said his death was a “tremendous loss.”

We have lost an icon. Almost every night for more than three decades, Alex Trebek entertained and educated millions around the world, instilling in so many of us a love for trivia. My deepest condolences to his family, friends, and all who are mourning this tremendous loss. pic.twitter.com/XoobAfJwBv

United Airlines is launching a test program at LAX that lets...

An airline pilot that’s kicked passengers off planes for not wearing... 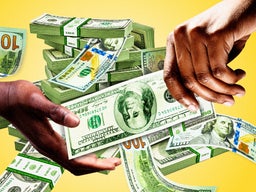