9 celebrity couples who stayed friendly after their breakup Evan Agostini/Invision/APMindy Kaling and BJ Novak are such good friends that you might’ve forgotten about their romantic past.

Staying friends with an ex isn’t always an easy task – especially when your breakup is in the spotlight.

Although some celebrity couples break up and cut ties, other celebrities turn their relationship into a friendship.

Here are some celebrities who are still on good terms with the partner they used to date.

Gwyneth Paltrow and Chris Martin hang out, sometimes even with their respective significant others. 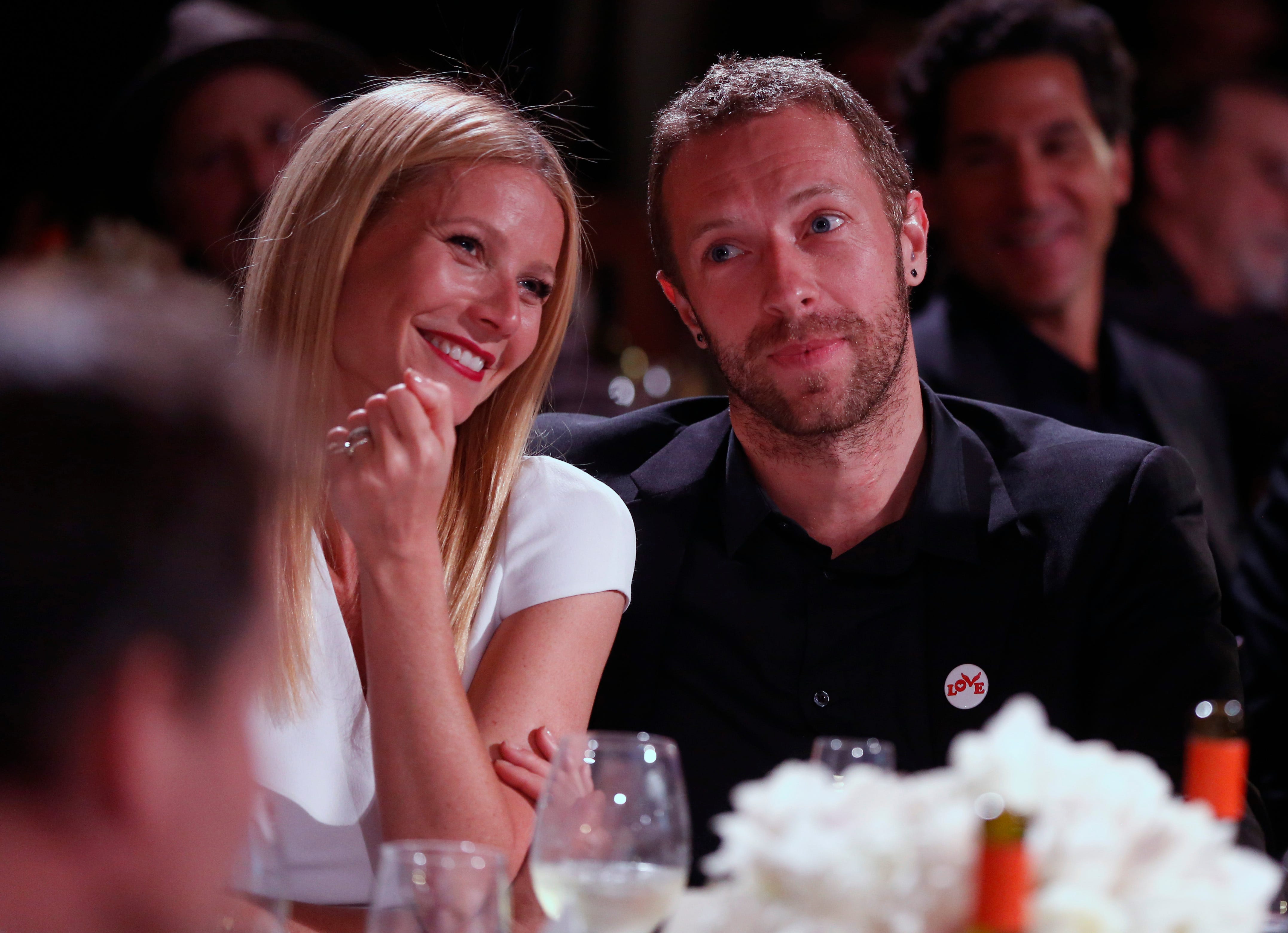 The actress and the rock star famously “consciously uncoupled” when they got divorced in 2014, but they regularly post about and are photographed spending time together.

In a 2018 profile of Gwyneth Paltrow in the New York Times, Chris Martin was present at a dinner with not only Paltrow and the former couple’s two kids, but also with her then-fiancé Brad Falchuk.

The pair has also been photographed on double dates with their respective significant others.

Mindy Kaling and BJ Novak once dated but are now best friends. 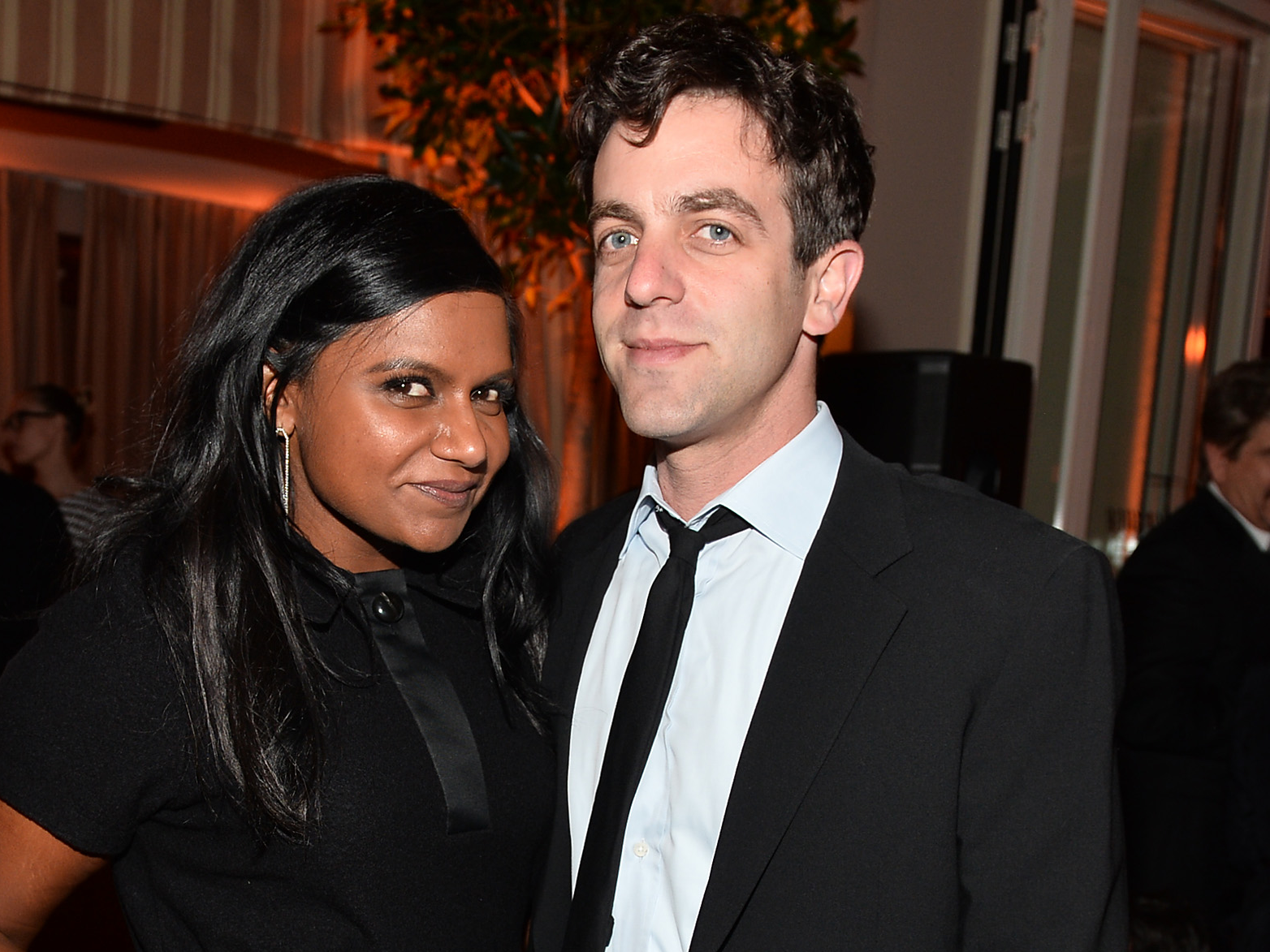 Mindy Kaling and BJ Novak met over a decade ago on the set of “The Office” and dated on-and-off for a few years. Today, the two are famously close friends.

“I will freely admit: My relationship with B.J. Novak is weird as hell,” Kaling once told InStyle magazine. “He is not my boyfriend, but he is not my best friend. I guess you could describe our relationship as a ‘romantically charged camaraderie with loud arguments,’ but I don’t think Facebook would accept this as a new status.”

“We’re very close in sort of a natural, eternal way,” Novak told The Guardian, when asked about his relationship with Kaling.

They also constantly boost each other on social media and work on a number of projects together. 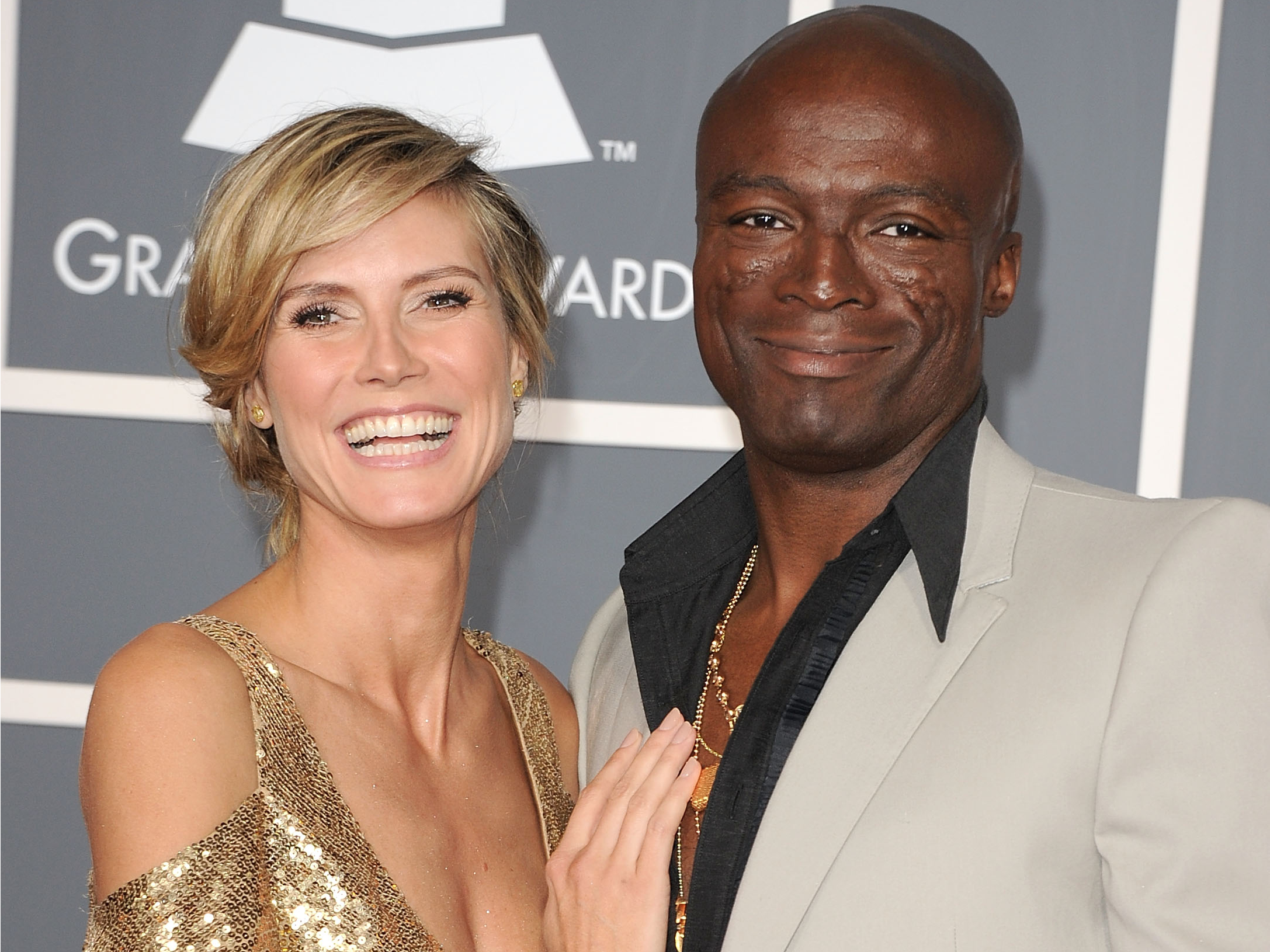 Heidi Klum and Seal had three children together and were married for seven years before splitting in 2012.

Since their divorce, the co-parents have been spotted out to dinner, and they even worked together when Heidi Klum invited Seal to guest-judge on “America’s Got Talent.”

On the show, Klum called him her favourite singer.

Jennifer Lopez and Marc Anthony still work together and co-parent. Jennifer Lopez and Marc Anthony had two kids and were married for about a decade before they announced their split in 2011 and finalised their divorce in 2014.

“We are like best friends,” Lopez said on “Today,” speaking about her relationship with Anthony. She said they have even worked together on creating music and it’s been “awesome.”

In fact, a source told Us Weekly that Anthony will be invited to Lopez’s upcoming wedding to pro athlete Alex Rodriguez.

Demi Lovato and Joe Jonas have said kind things about one another post-breakup. 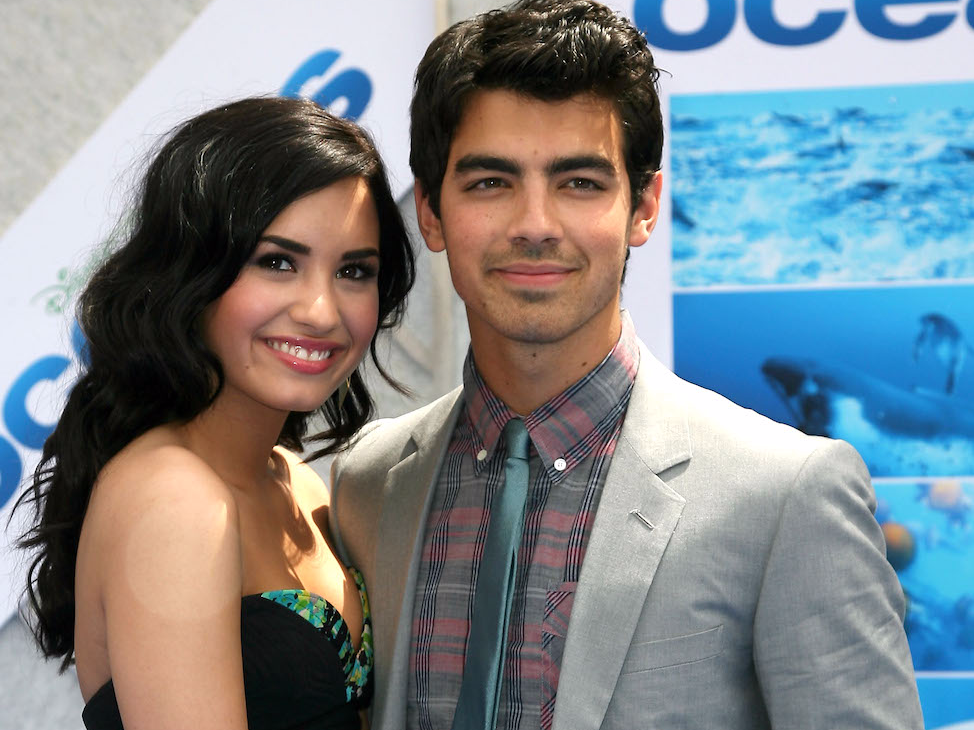 Valerie Macon/Getty ImagesJoe Jonas said Demi Lovato is like family to him.

These two have been friends since they were kids and they briefly dated in 2010 for a few months, after meeting on the set of Disney’s “Camp Rock.”

In 2016, Joe Jonas told E! Online that Demi Lovato is more like family to him because they have gone through so much together.

Lovato has also shared her support of Jonas over the years.

In 2017, Jonas posted about his engagement to his now-wife Sophie Turner on Instagram and Lovato wrote, “Huge congrats!!!!! Sooooo happy for the both of you!!!!” 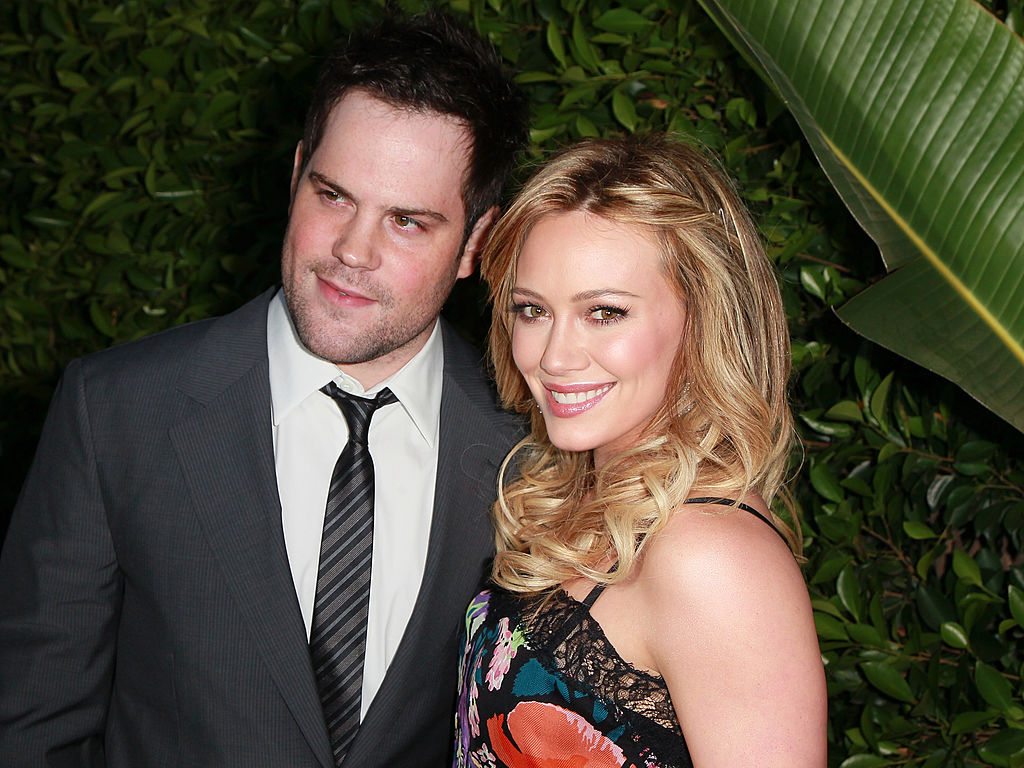 David Livingston/Getty ImagesThey have gotten coffee together since.

Hockey player Mike Comrie and actress Hilary Duff had one son and dated for a few years before getting married in 2010. Duff filed for divorce in 2015.

Even so, the two have been spotted out together with their son and have even gone on trips together.

In 2017, Duff, who is now married to musician Matthew Koma, told Cosmopolitan magazine that her relationship with her ex is strong.

“Mike’s amazing,” she said. “We’re so ingrained in each other’s lives. I wouldn’t choose anyone else to co-parent with. We are really good friends and care a lot about each other.”

Demi Moore and Bruce Willis are always showing support for one another. 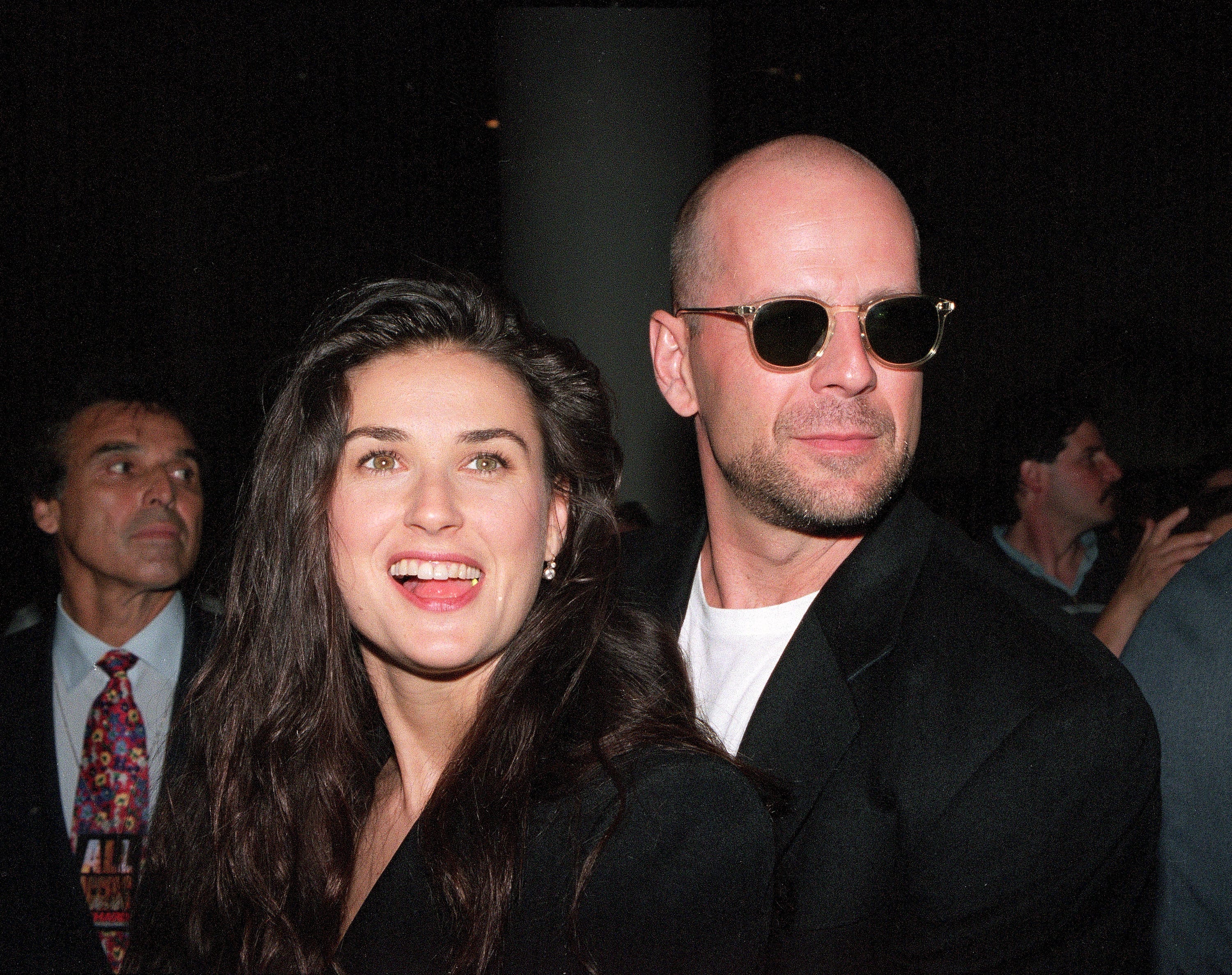 AP ImagesDemi Moore and Bruce Willis had been together for years.

Demi Moore and Bruce Willis had three kids and were together for over a decade before getting divorced in 2000 – but these exes still support each other often.

Moore was at Willis’ 2019 vow-renewal ceremony to his wife, Emma Heming. That same year, Willis supported Moore at her memoir-release party.

They also know how to have fun – Moore roasted Willis on Comedy Central in July 2018. 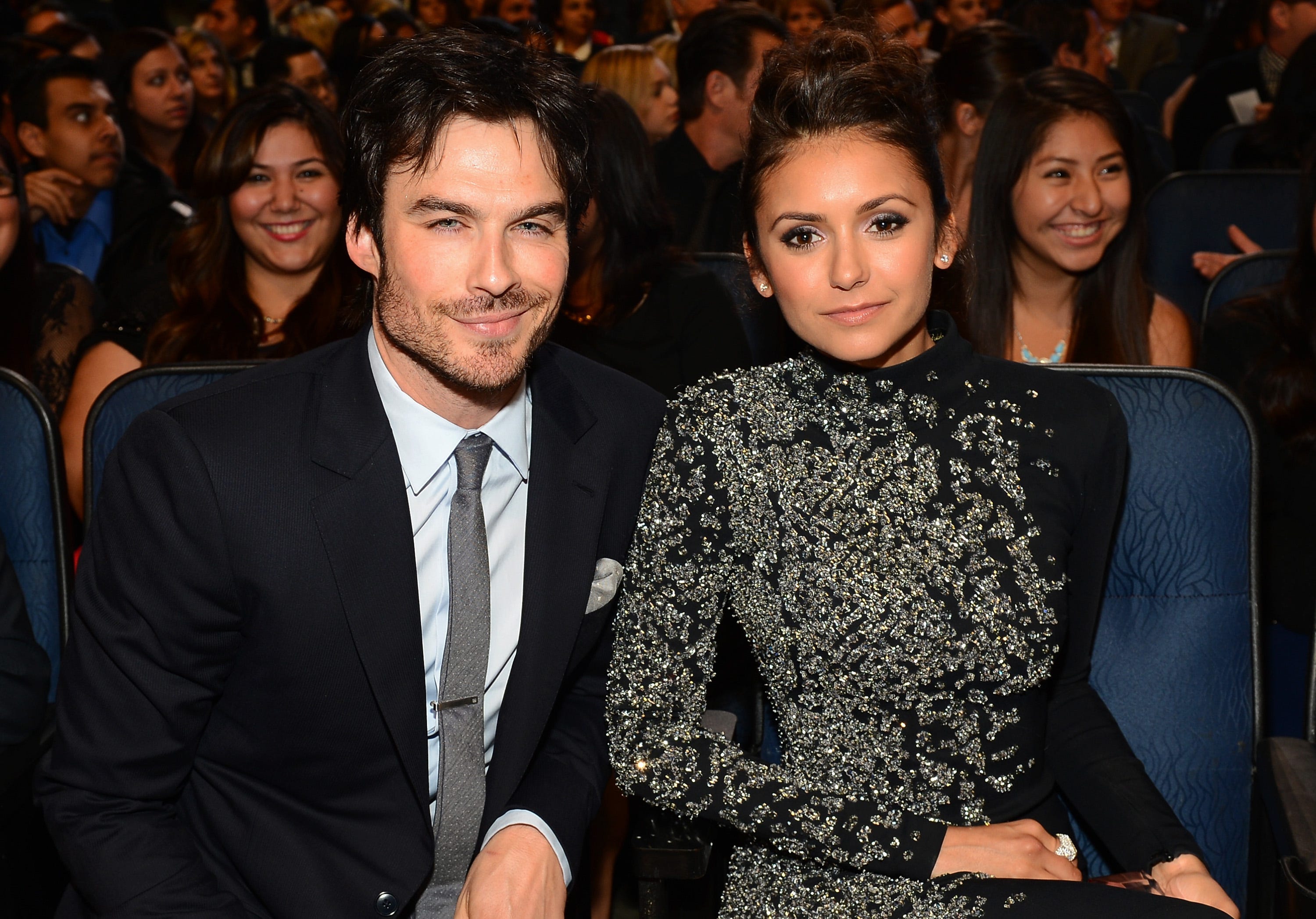 Mark Davis/Getty Images for The People’s Choice AwardsThe two used to work together.

Nina Dobrev and Ian Somerhalder dated for about three years before breaking up in 2013. A few years later, Somerhalder married actress Nikki Reed – the two welcomed a child in 2017.

Dobrev and Somerhalder have been very public about their friendship.

In an interview with “Watch What Happens Live,” E! reported that Dobrev said she doesn’t think the friendship with Somerhalder and Reed is weird.

“Why can’t everyone be friends? I think that they have a beautiful baby, and they are happy and so am I, and what’s bad about that? I don’t see any problem with that,” she said.

Anna Farris and Chris Pratt still publicly support each other. 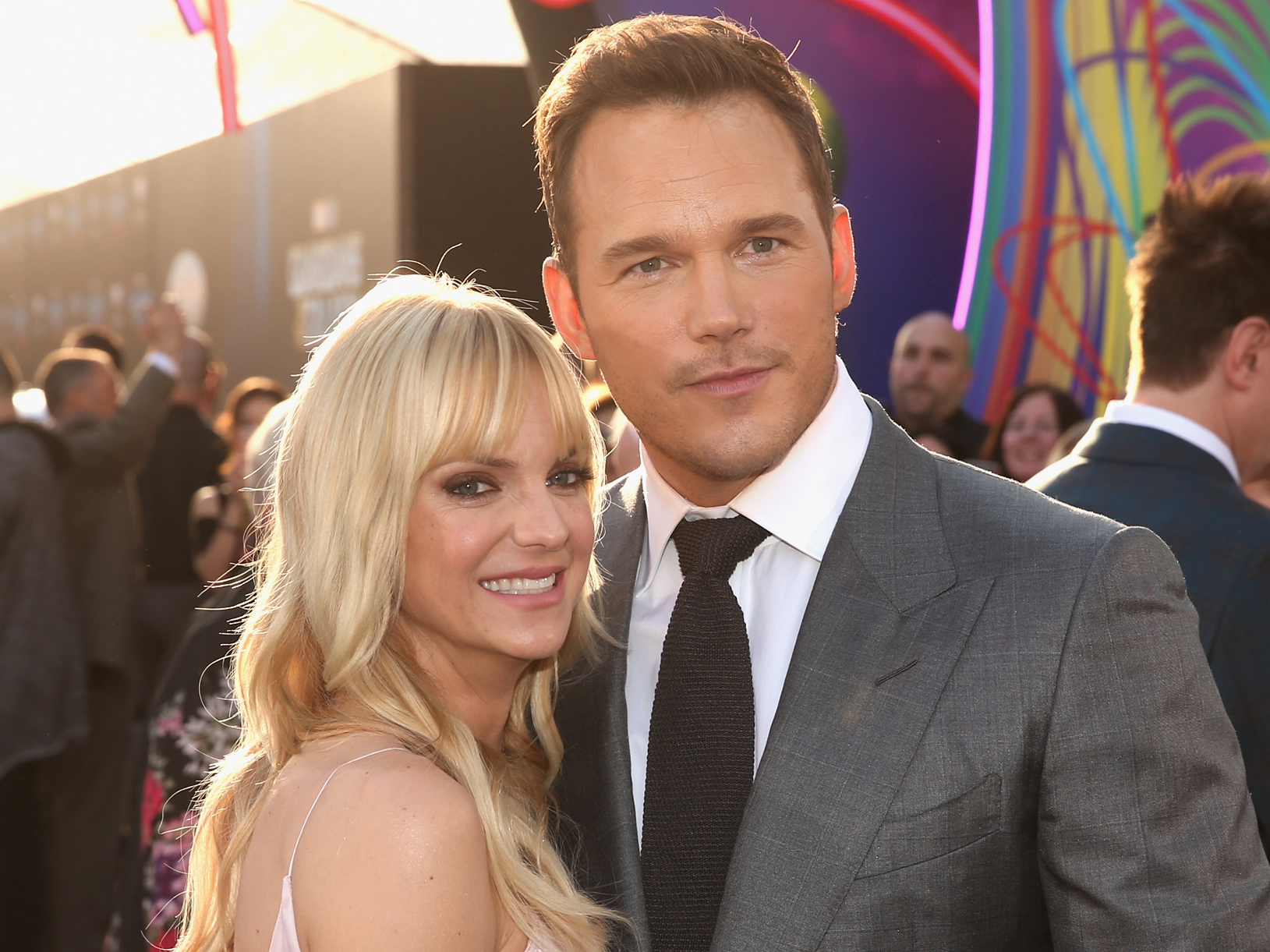 Jesse Grant/Getty ImagesThe pair were married for nearly a decade.

Anna Farris and Chris Pratt got married in 2009 and had a child before getting divorced in 2018.

“Divorce sucks,” Pratt told Entertainment Weekly in 2018. “But at the end of the day, we’ve got a great kid who’s got two parents who love him very much.”

“We’re finding a way to navigate this while still remaining friends and still being kind to one another,” he said in the same interview.

But the two still publicly support one another. When Pratt got engaged to his now-wife Katherine Schwarzenegger, Farris expressed her excitement on her podcast.

“Chris texted me this morning and he was like, you know, ‘I proposed to Katherine last night,'” she said. “I was like ‘Ah! That’s amazing.’ And I texted him back: ‘Just want to remind you, I’m an ordained minister.'”

Farris was also one of the first people to congratulate the pair on their engagement.