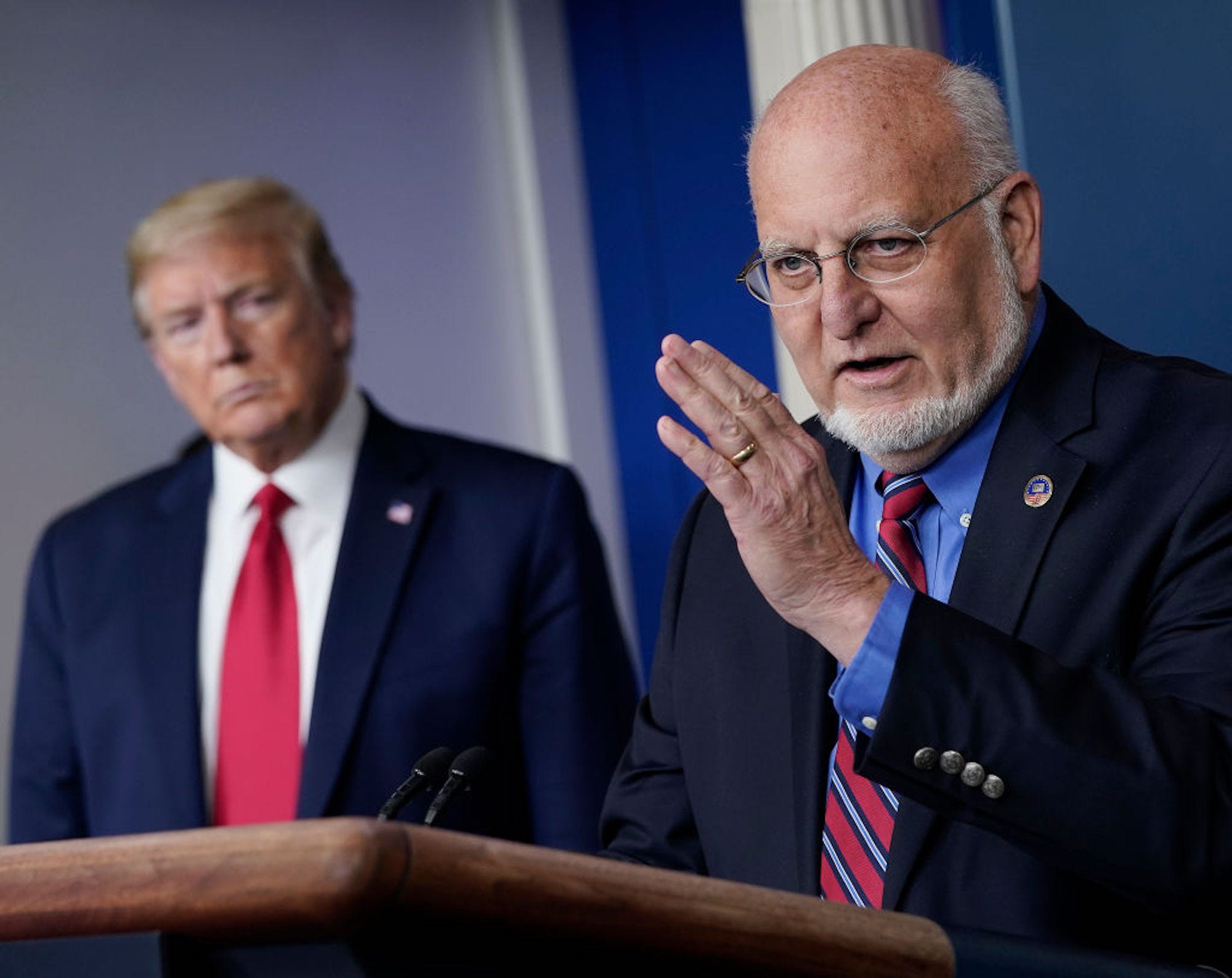 Drew Angerer/Getty ImagesCDC director Robert Redfield speaks while President Trump listens during the daily briefing of the coronavirus task force at the White House on April 22, 2020 in Washington, DC.

Should you get a coronavirus test? The official advice on how to answer that question seems to change by the day.

The Centres for Disease Control and Prevention angered many public-health experts in August when it changed its guidance to say that “you do not necessarily need a test” if you’ve been in close contact with someone who has tested positive for the virus. That went against what we know about the virus’ spread, since overwhelming evidence has shown that asymptomatic cases are a key part of coronavirus transmission.

The CDC itself even estimates that asymptomatic cases represent around 40% of the nation’s COVID-19 infections.

So on Friday, after nearly a month of vocal backlash, the guidance was rewritten again to say “you need a test” even if you don’t show symptoms.

The recommendation to change guidelines about testing asymptomatic people didn’t come from CDC scientists, according to internal documents recently obtained by the New York Times. Instead, the Times found, that guidance was crafted by Department of Health and Human Services officials and published on the CDC website without the typical review process.

CDC advisories typically need to be approved by a dozen or more people, including doctors and scientists, before being published, the Times wrote. But multiple sources told the Times that Trump administration officials circumvented that standard review process.

CDC scientists strenuously objected to the change, the Times reported.

What’s more, Dr. Anthony Fauci was in surgery when a key conversation about whether the testing criteria should change was held, as CNN previously reported. Fauci, who directs the National Institute of Allergy and Infectious Diseases, told CNN that he was under general anesthesia on August 20, when the White House Coronavirus Task Force held a meeting to discuss the switch.

Written evidence also suggests the policy hadn’t been crafted by scientists: A senior CDC scientist told the Times that an internal document from HHS and the White House task force contained “elementary errors.” One example: the document referred to “testing for COVID-19″ â€” the disease caused by the virusâ€š not the virus itself.

Some experts told the Times that the recommendation seemed to be motivated by a political desire to downplay the scope of the US outbreak.

The CDC has sowed confusion

On Thursday, Trump administration officials told the New York Times that the August change to the testing guidelines had been made with input from CDC director Robert Redfield.

Redfield attempted to clarify the agency’s testing position several days later, on August 27. The guidelines, he said, were meant to place “an emphasis” on testing people with symptoms, but added that testing can still be considered for asymptomatic people.

In a statement to Business Insider on Friday, the CDC said the latest update to its guidelines was intended to clarify Redfield’s previous comment. 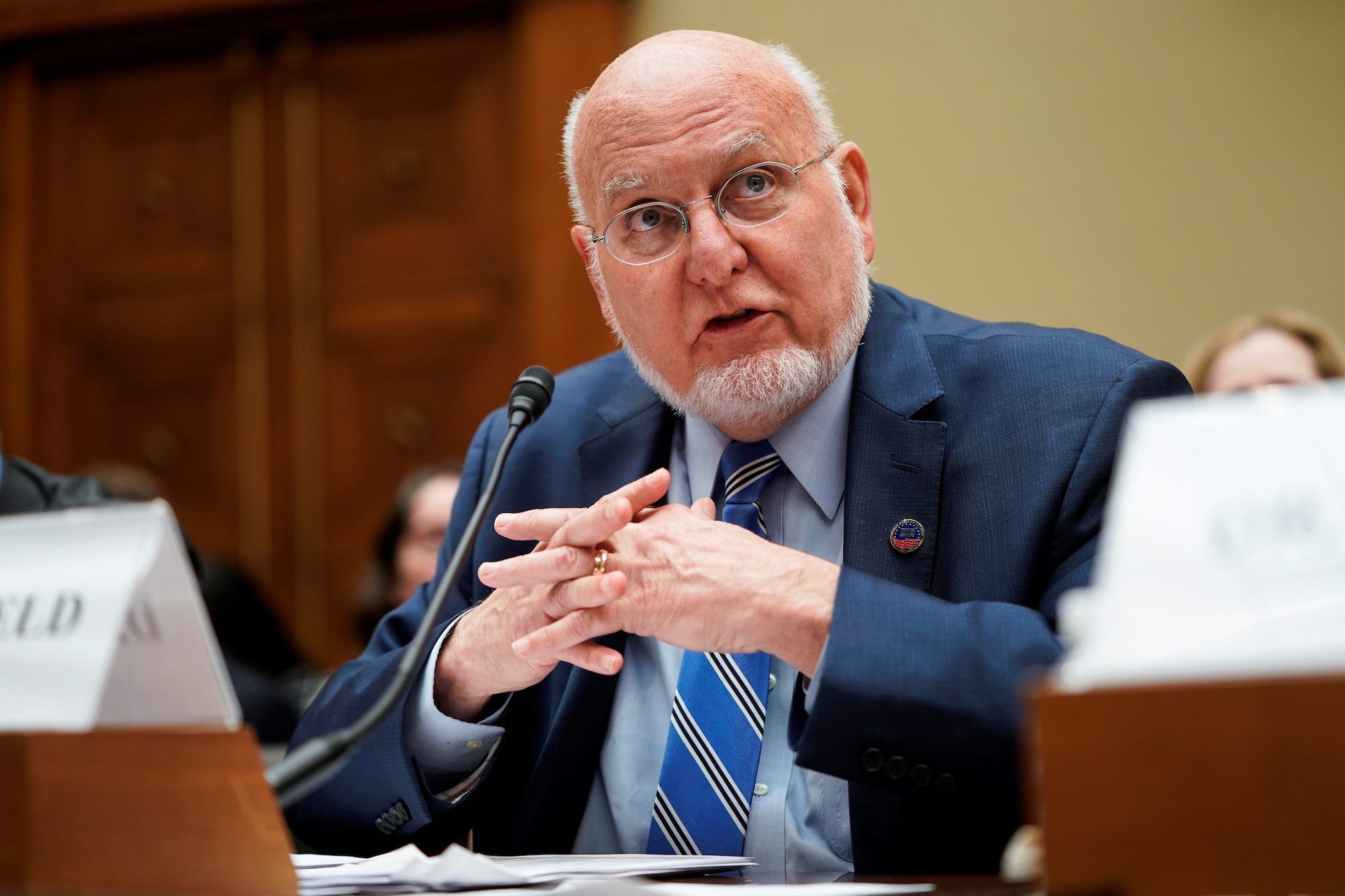 In recent months, many public-health experts have expressed concern about the way the CDC seems to be getting hamstrung by political pressure.

In May, a CDC official told the Associated Press that the White House had ignored the agency’s guidelines for reopening businesses and other public places in favour of a more aggressive strategy. The CDC’s daily press briefings were halted abruptly after Dr. Nancy Messonnier, director of the agency’s National Centre for Immunization and Respiratory Diseases, warned in March that the virus would inevitably spread throughout the US.

“I don’t think there has ever been a time before when people from the White House or HHS are dictating what goes on technical documents on the CDC website,” former CDC director Tom Frieden told Business Insider in August. “This is dangerous.”

Limited coronavirus testing, of course, makes it harder to identify new cases â€” data that’s necessary to bring the pandemic under control. Conflicting messages about testing can also undermine the public’s trust in government at a time when leadership is needed to ensure people’s safety.

“The CDC changing its testing guidelines has been so confusing and destructive to progress in this pandemic,” Wen said. “It gives an out for institutions that, for whatever reason, don’t want testing. It also seeds confusion, so testing sites may be turning away individuals. You could potentially also have insurers turn away patients because they don’t meet these criteria.”