'Why are you saying that to me': Chinese American reporter calls Trump out on his anti-China remarks and suggests he's singling her out 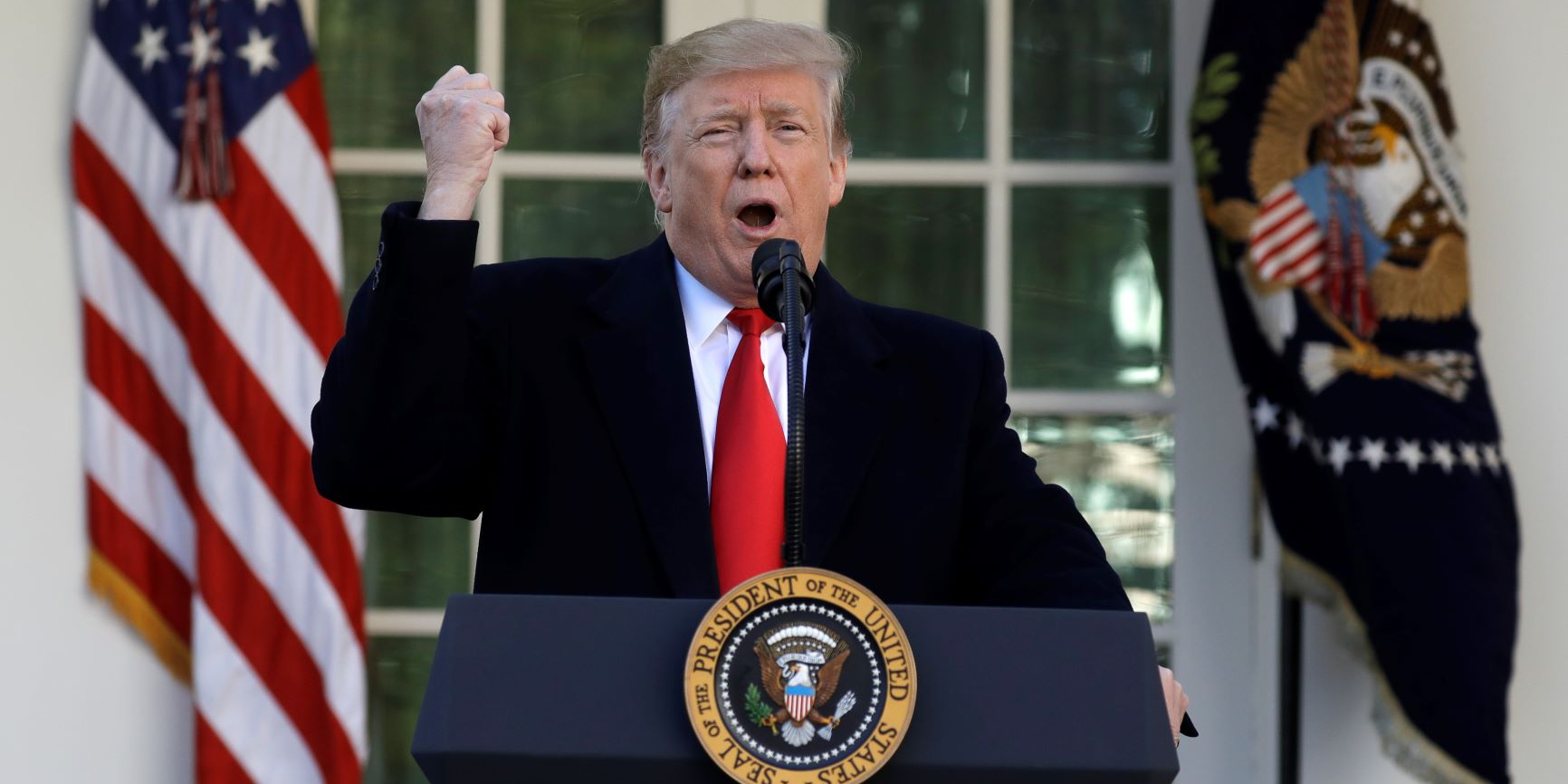 President Donald Trump and a CBS News White House correspondent had a tense exchange on Monday during a White House press conference at the Rose Garden.

Trump on Monday spoke in front of a large sign that said “AMERICA LEADS THE WORLD IN TESTING” and gave a glowing assessment of the country’s efforts to test its citizens for the coronavirus.

The Trump administration regularly says the US leads other countries in the number of coronavirus tests administered. While the number surpasses that of tests in other countries, it severely lags others in terms of tests completed per capita. As of late April, Italy administered nearly 21,000 tests per million people, compared with the US’s 11,800.

CBS’s Weijia Jiang, an Asian American reporter, asked Trump why his administration was touting its coronavirus-testing numbers and comparing them with other countries’ totals.

“Why does that matter? Why is this a global competition to you if every day Americans are still losing their lives and we’re still seeing more cases every day,” Jiang asked Trump.

President Trump walked out of a press conference abruptly after he got into an argument with CBS’ @weijia and refused to take questions from CNN’s @kaitlancollins pic.twitter.com/MqIh49QkKC

Trump, who has previously had heated exchanges with Jiang during press conferences, told her to ask China. The Communist Party of China has been accused of distorting the number of coronavirus-related cases and deaths in the country and downplaying concerns during the outbreak’s early stages in December, before it became a pandemic.

“Well, they’re losing their lives everywhere in the world. And maybe that’s a question you should ask China,” Trump said. “Don’t ask me. Ask China that question. OK? When you ask them that question, you may get a very unusual answer.”

Trump attempted to take a question from another reporter, but Jiang hit back: “Sir, why are you saying that to me, specifically – that I should ask China?”

Jiang was born in China and raised in the US after her parents immigrated to the country when she was 2 years old.

“I’m not saying it specifically to anybody,” Trump said. “I’m saying it to anybody that would ask a nasty question like that.”

“That’s not a nasty question,” Jiang said. “Why does it matter?”

Trump ignored the comment and appeared to call on CNN White House correspondent Kaitlan Collins, who was seated near Jiang.

“I just want to let my colleague finish, but can I ask you a question?” Collins said, appearing to refer to Jiang.

Trump then skipped over Collins and asked for other questions.

Trump previously berated Jiang and her network during a separate press conference in April. During the exchange, Trump expressed frustration at China’s coronavirus response and said: “It should have been told to us early.”

Jiang focused in on the administration’s response to the pandemic, adding that when Trump issued travel restrictions, “the virus was already here” in the US.

“How many cases were in the United States when I did my ban?” Trump asked. As Jiang attempted to respond, Trump told her to keep her “voice down, please.”